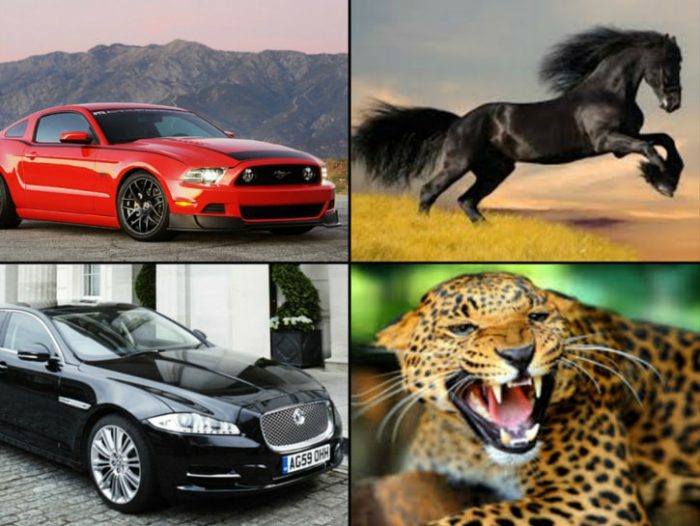 You’ve probably wondered how car manufacturers choose names for their models. The truth is, the most important factor is that the name sounds cool. You wouldn’t want to drive a car named Sloth, would you? However, the name needs to fit the car model. For example, it wouldn’t be suitable to call a family wagon, Danger or something like that. Naming a car after a wild animal is always a good choice and here are a couple of examples that prove our claim. 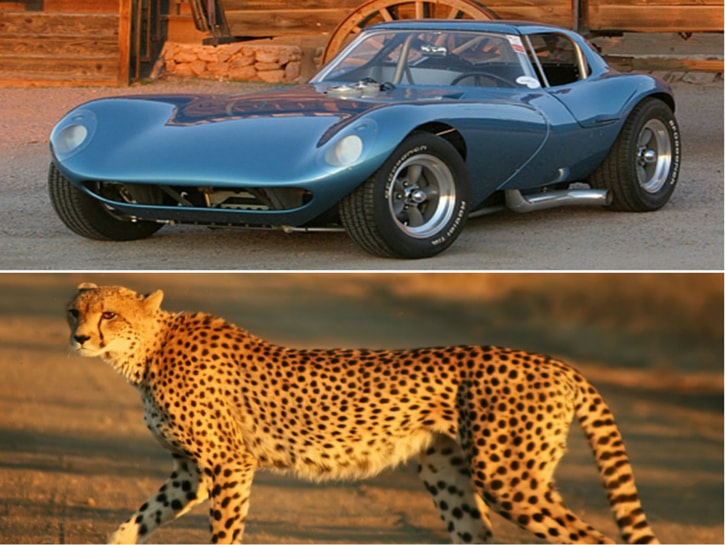 The Cheetah is the fastest land animal in the world, capable of achieving the speed of 60 mph. It’s no surprise this wild animal has been the source of inspiration for many car designers. The Chevrolet Cheetah is probably the best example. The iconic car went in production in 1963 and was used as a racing car. The man behind this project was Bill Thomas, a performance tuner who did his best to develop a worthy competitor to Carroll Shelby’s Cobra. 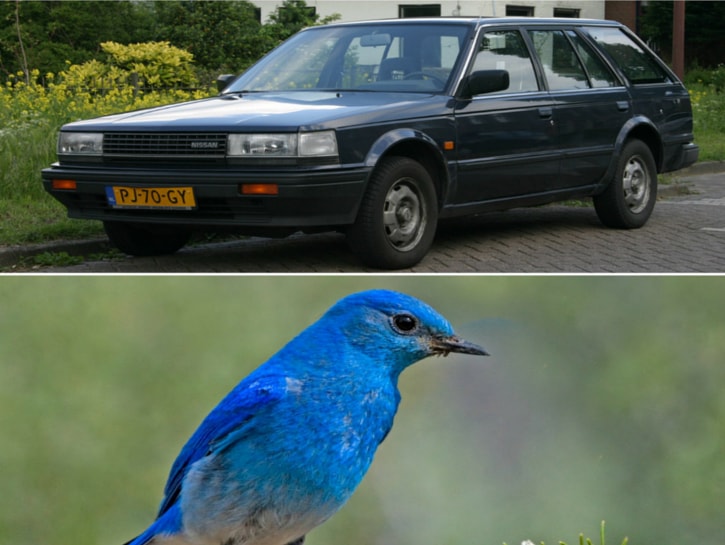 In folk songs, bluebird is a symbol of happiness. The Nissan Bluebird, on the other hand, is a symbol of durability. In fact, the Bluebird is Nissan’s most recognizable sedan. Originally, it was designed to be a competitor of Toyota Corona and such was used as a taxi vehicle. The production of the Bluebird lasted for nearly half a century, from 1957 to 2001. 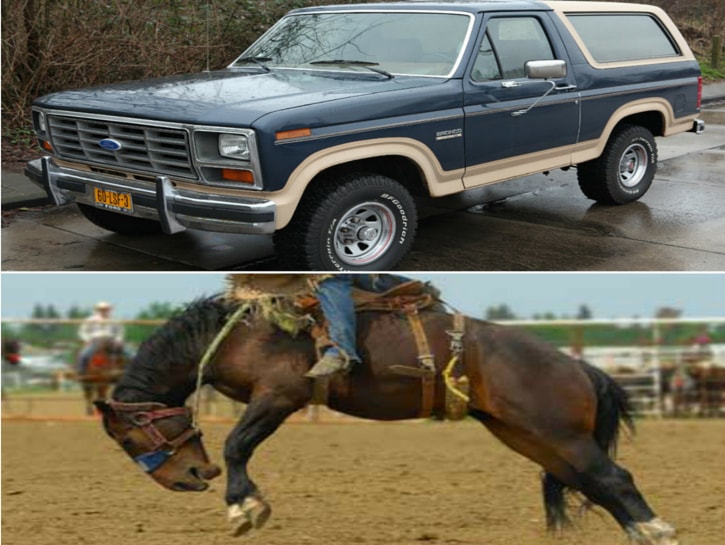 In North America, the word bronco refers to a wild horse that often bucks. This wasn’t why Ford named their 2-door SUV the Bronco. Instead, they wanted to suggest that this car is powerful as a wild horse. The production of Ford Bronco lasted for 3 decades, with the peak of its popularity being the year 1994, when 95 million viewers watched a live chase with O. J. Simpson behind the wheels of Al Cowlings’ 1993 Bronco. 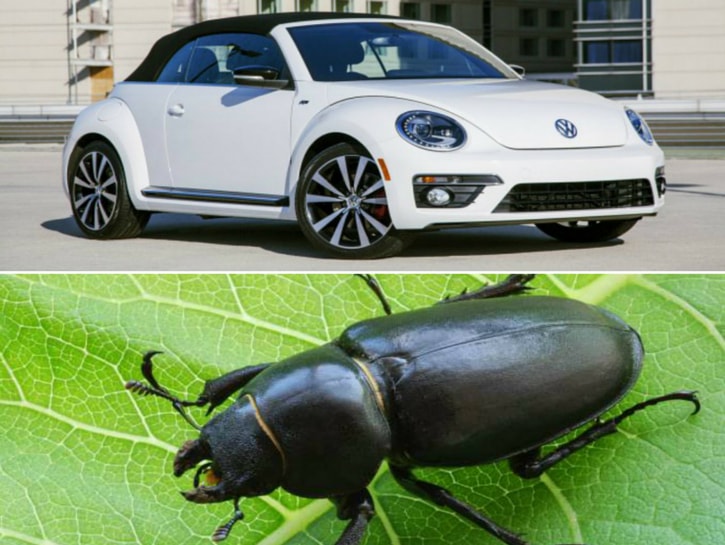 The history of this car is so interesting, starting from its conception. In 1930s, Adolf Hitler himself urged the production of the ‘People’s Car’ or in German, Volkswagen.  The Beetle concept was created by a Jewish car designer, Joseph Ganz. However, in the Nazi Germany, it was claimed that the car’s designer was the Fuhrer. 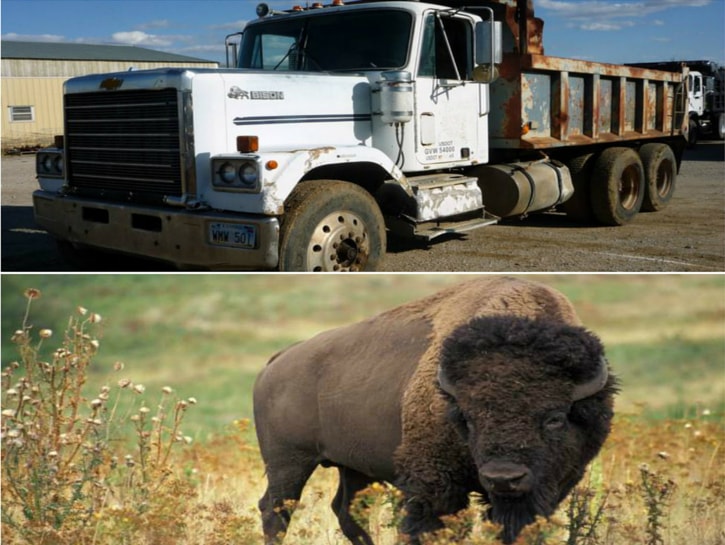 The heavy duty truck produced between 1977 and 1980 fits its name perfectly. The truck is big and heavy just like its animal counterpart. This was the last Class 8 coming from Chevrolet factories, before the company exited this market. 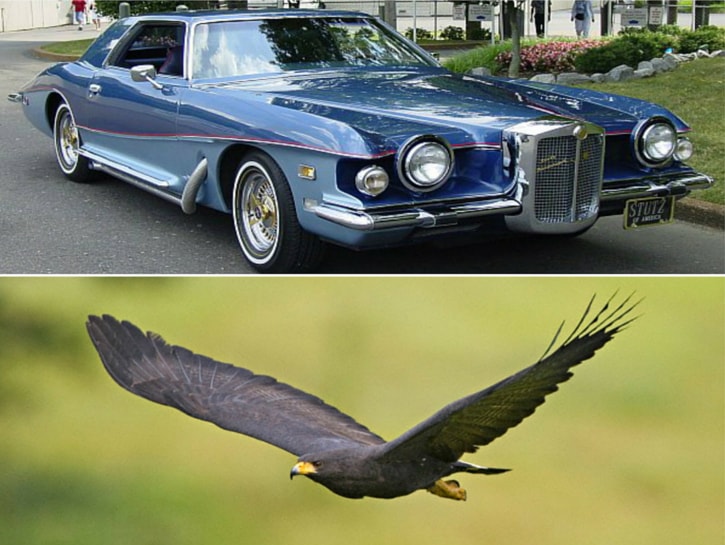 The bird of prey served as the inspiration for designers from Stutz to come up with a luxury car model. The first Stutz Blackhawk was released in 1971 and was purchased by Elvis Presley. Apart from the King of Rock’n’roll, other celebrity owners of the Blackhawk included Frank Sinatra, Dean Martin, and Johnny Cash. 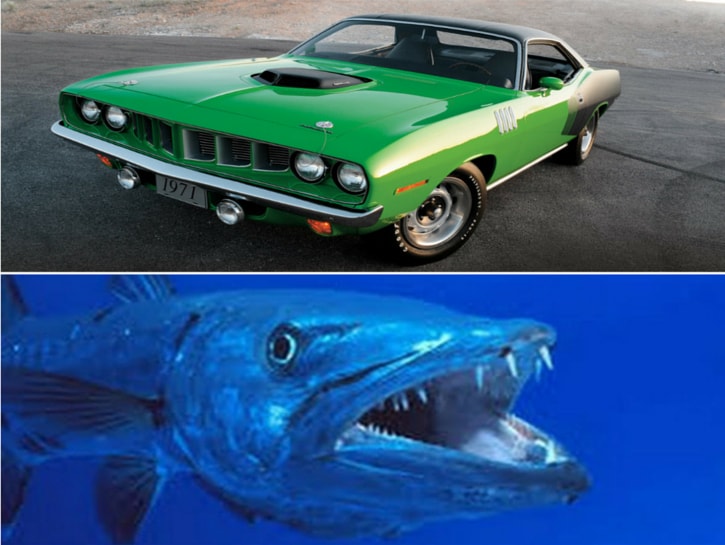 Barracuda is a fearsome predator fish, with fang-like teeth. They live in oceans and are known for their hunting style. When attacking, barracudas produce a short burst of speed, which goes up to 27 MPH. Same as its marine namesake, Plymouth Barracuda is also known for its speed and acceleration. The two-door car was manufactured for a decade, starting from 1964 and was used as a racing car at the beginning. 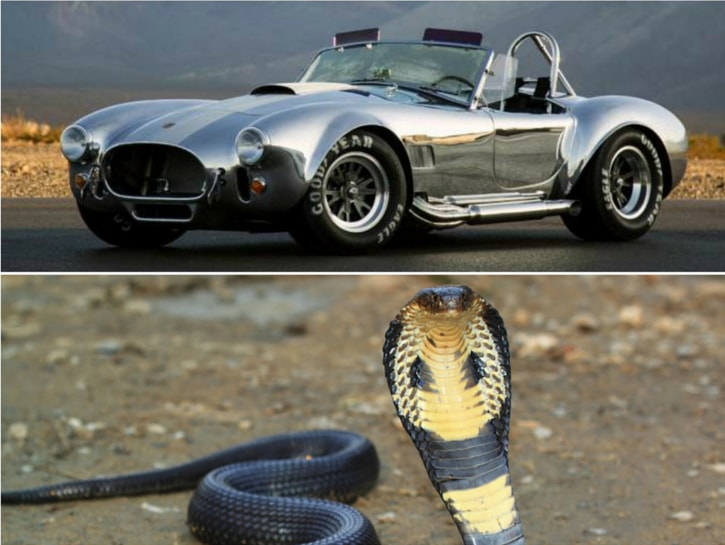 Shelby Cobra is one of the most iconic sports cars ever. The production of the 2-door roadster started in 1962. These days, Cobras from that period are worth a couple of millions of dollars. In fact, at an auction in Arizona, a buyer paid $5 million plus commission for this car. 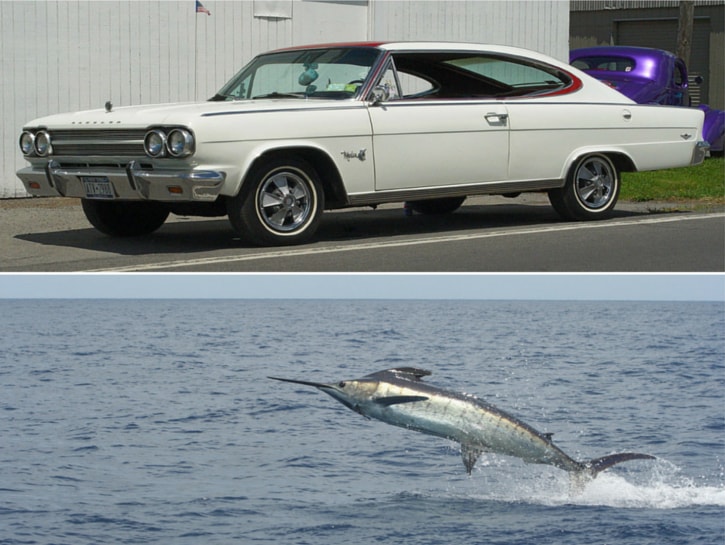 If you take away the large spear, the car really does resemble the fish. The two-door fastback was marketed as a personal luxury car when the production started in 1965. Half a century later, AMC Marlin is among the most popular collector cars in the world. 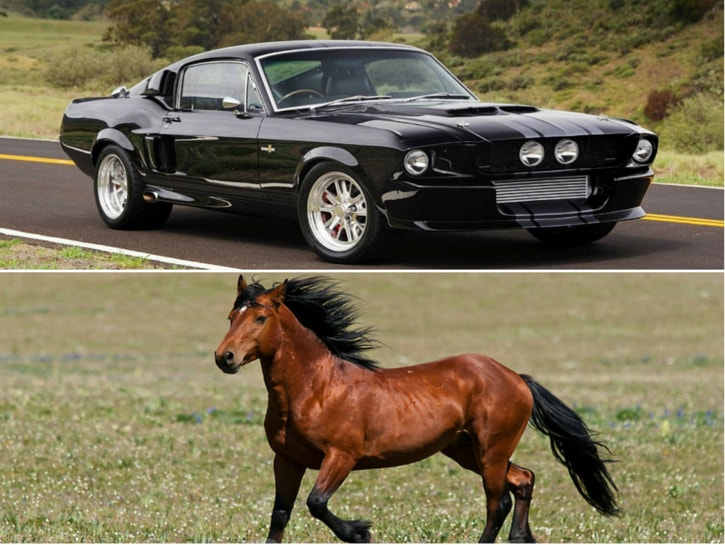 Ford Mustang is probably the most iconic car on our list. The first model of this car was released in 1964 and since, Mustang has become a synonym for a powerful American car. The sixth generation of Ford Mustang is in the production currently. 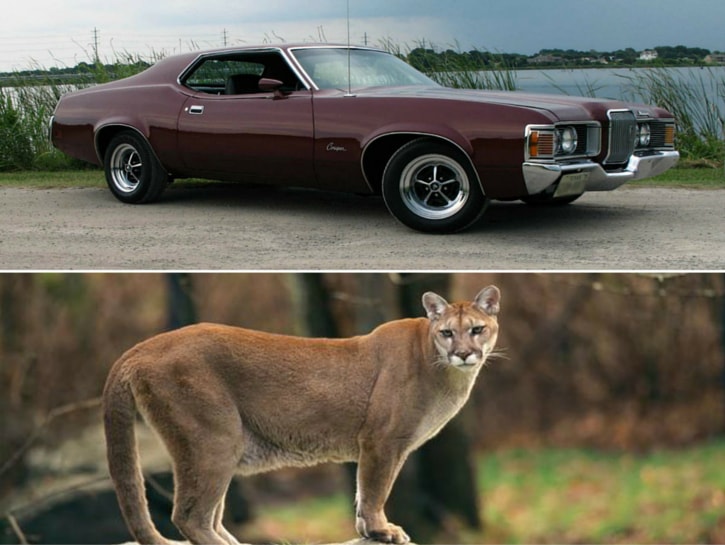 Back in the 1960s, the word cougar didn’t have the same meaning as today. It was referred to the mountain lion, an agile and intelligent predator. Because of the similarities with the animal, Mercury gave the name Cougar to this sedan. 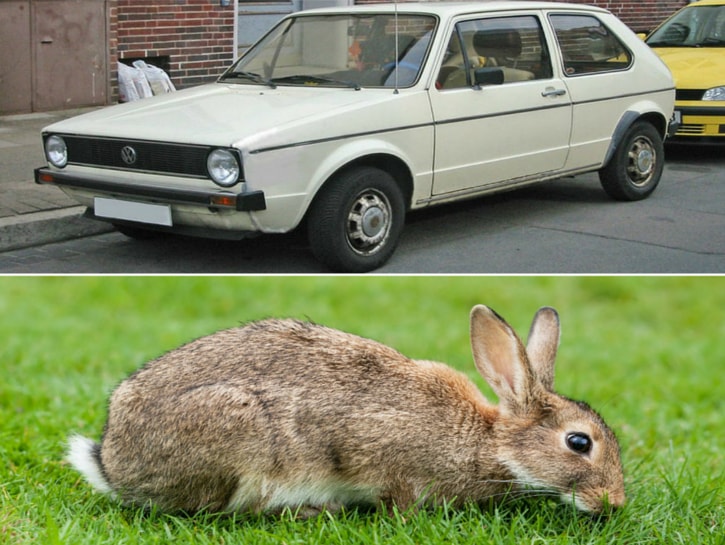 Rabbits are cute and quick, same as this car. Volkswagen Rabbit is the name used in North America for a model that’s known in Europe as the Golf.  Its production started in 1974 and today, there’s the seventh generation of this model in production. 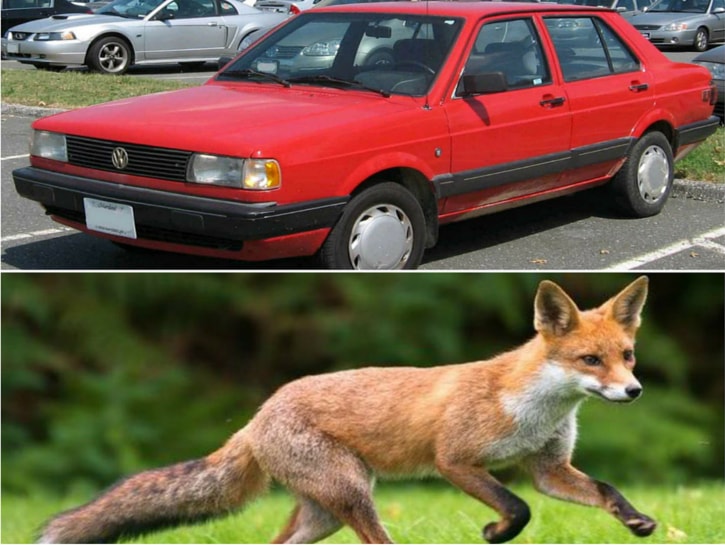 Apparently, Volkswagen love to name their cars after animals. After the Beetle and the Rabbit, we present you the VW Fox. The car was both designed and produced in Brazil. Its production started in 2003 and since, it has become one of the most popular city cars in Latin America. 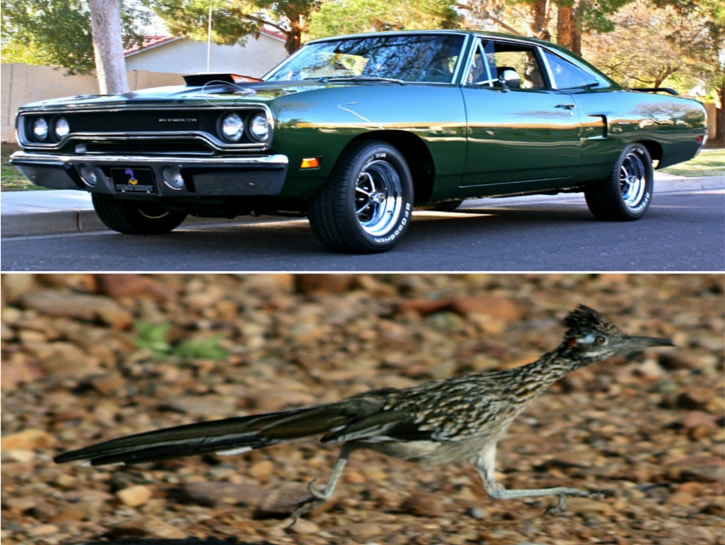 Plymouth is once again on our list. This time, it’s not such a frightening animal like barracuda, but a rather cute one. Road Runners can run at a speed of up to 20 miles an hour. That’s why Wile E. Coyote could never catch it. Same goes for Plymouth Road Runner, although its top speed is way faster. The muscle-car can go at the top speed of 150 mph. 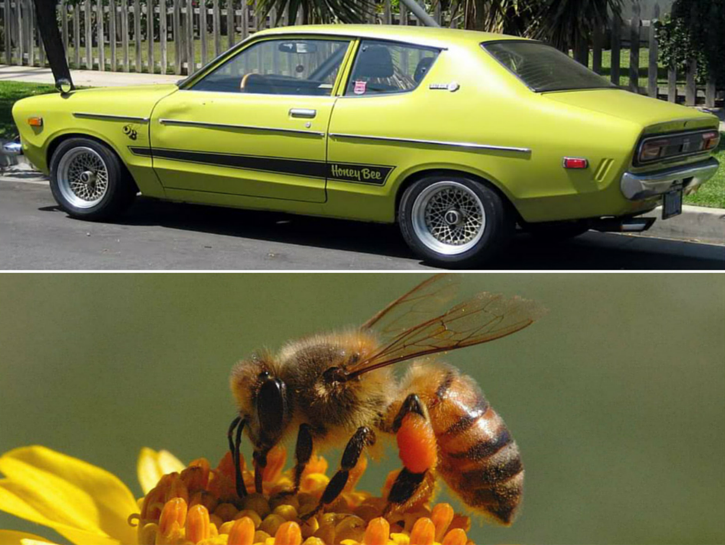 For 50 years Nissan produced their version of a small city car, called Sunny. In the mid-1970s, Nissan released a special edition of this model in the United States, which they called Datsun Honey Bee. The Honey Bee was a fairly affordable car in those days, with the price about $2,600. Today, this car is a collectors’ item now and is worth much, much more. 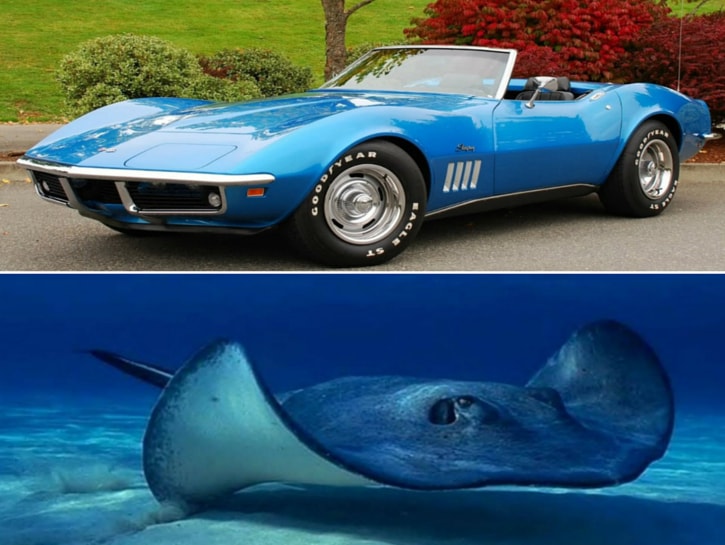 Stingray is another name for Chevy Corvette, a car whose production started back in 1963. Similar to the marine creature, the Stingray is also elegant and extremely fast. The model of the Corvette that introduced this name was the one from 1963. 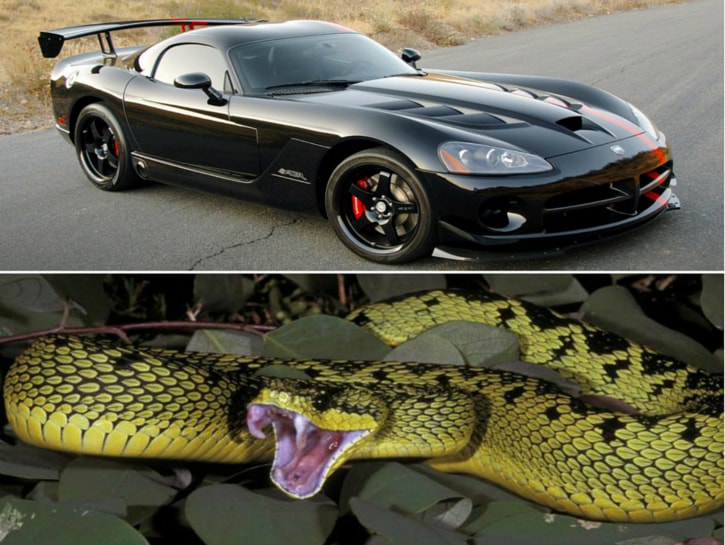 The Viper is a venomous snake that can be found all over the world. The Dodge Viper, on the other hand, is synonymous with America. It is one of the iconic American sports cars, which has been in the production since 1992. The latest version, the VX, was revealed in 2012.