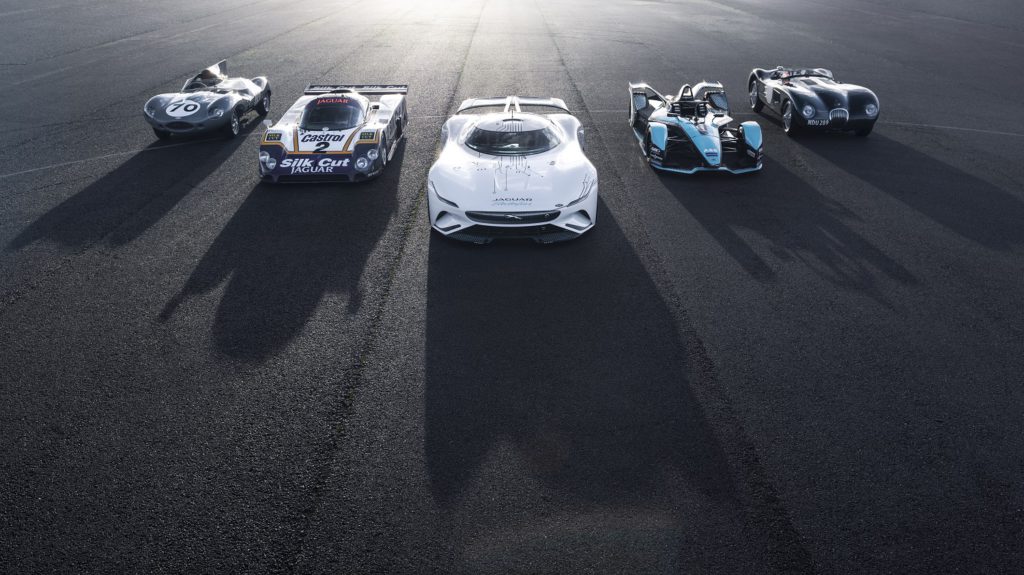 When Jaguar first unveiled its original Vision Gran Turismo concept back in 2019, it was a welcome surprise. Combining the best elements of the British luxury car maker’s design heritage with a massive infusion of futurism, that particular digital concept served as a compelling preview into what the company’s partnership with Gran Turismo could deliver in the virtual world. But while it managed to wow gamers worldwide, it also presented a very interesting question; What would happen if you allowed the Vision Gran Turismo to sneak off to track school when no one was looking? Jaguar has answered that compelling question with a potent sequel, the Vision Gran Turismo SV. 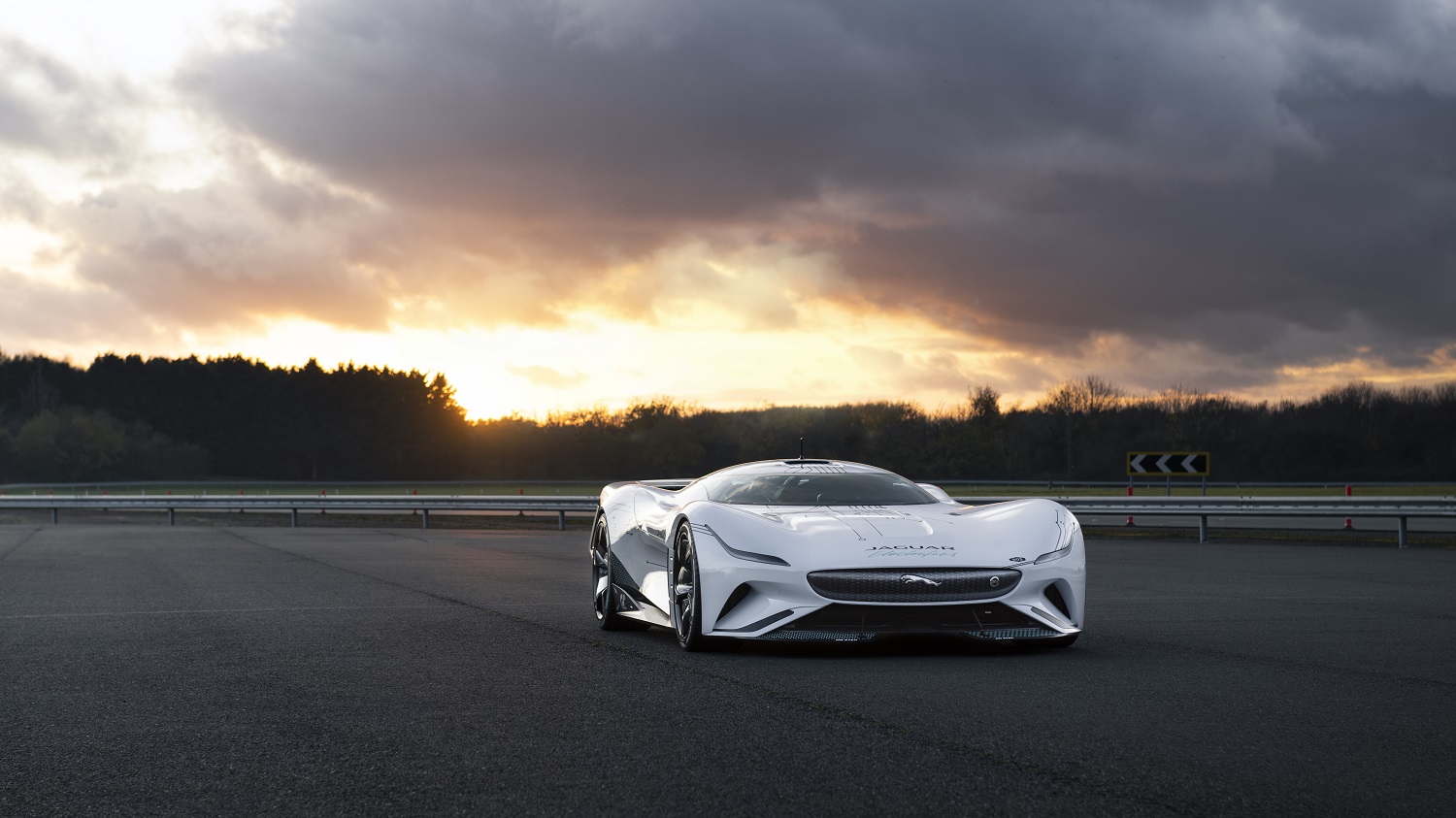 The first thing that you’ll notice about this digitally crafted race car is the sheer attention to detail that exists when you marvel at its exterior styling. When compared to its tamer cousin, the SV stands out with an all-new front splitter as well as a deployable rear wing that helps lower the car’s drag coefficient to an impressive 0.398. As a bonus, it also helps bring 1,000 lbs of downforce to the racer when it hits 200 mph. 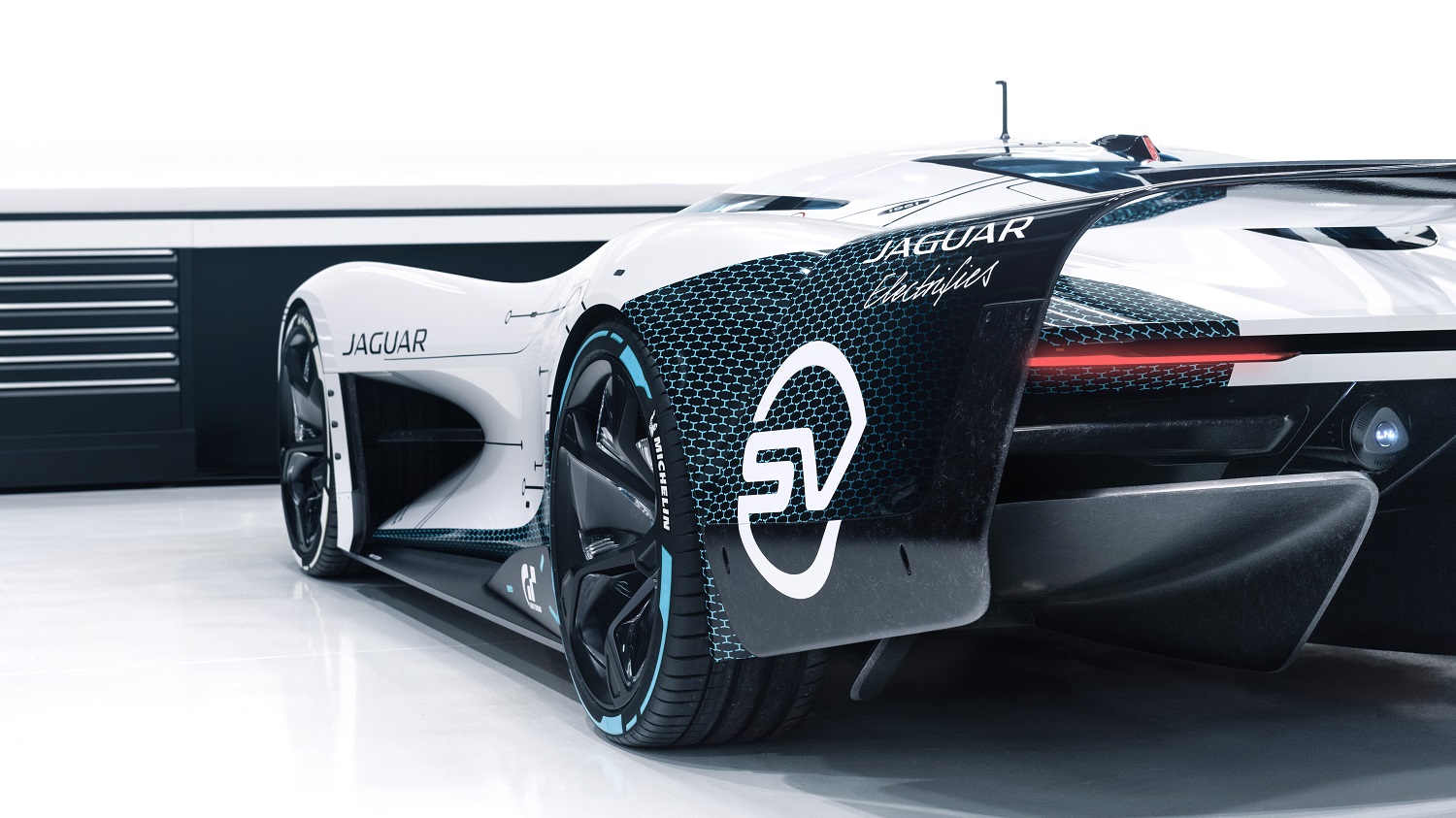 However, Jaguar claims that the exterior’s real claim to fame is that it’s a figurative melting pot of traits, with Jaguar designers infusing cues from the C and D-Type and some tricks from the newer XJR-9 and XJR-14 racers into the futuristic canvas. The front fascia is very reminiscent of the current generation F-Type, but the larger air intakes in the lower bumper and the slicker headlights add some visceral flair to the presentation.

The Vision Gran Turismo SV also boasts a very low roofline that flows towards the rear of the car and accents its sheer size quite nicely. For those who are curious, the SV boasts a length of 218.1 inches, a noticeable 33.9-inch size increase versus its predecessor. As the old saying goes, “bigger is better,” and the Gran Turismo SV is a very potent example of this fact. 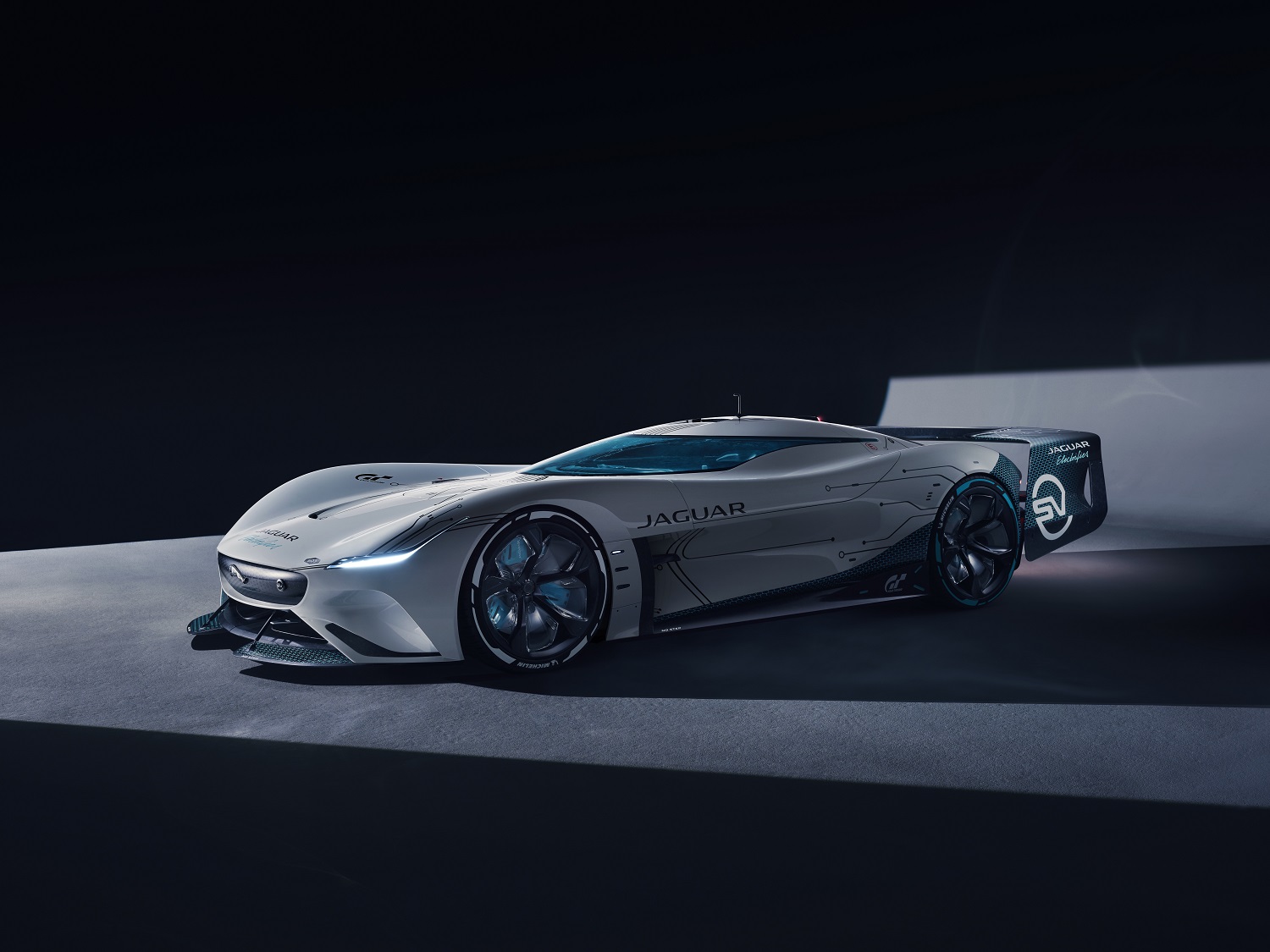 While the exterior styling is a masterfully done exercise in design, be prepared to pick your jaw off the floor when you look at the Vision Gran Turismo SV’s spec sheet. The performance here is outright insane with the SV being powered by four electric motors which make a combined 1,877 hp and 2,478 lb.-ft of torque. According to Jaguar, these physics breaking numbers allow the SV to rocket its way to 60 mph in 1.65 seconds and hit a top speed of 255 mph. Fast is a grave understatement!

This insane level of performance also means that you will have to find the right track in the Gran Turismo world for it to fully stretch its legs, our advice is to check out the long straightaway at the end of the Nurburgring or even the legendary Circuit de la Sarthe. Unlike real-world race cars, the SV comes with an all-wheel-drive system and a single-speed transmission for each motor. This allows the motors to deliver all of their power to the ground with no fuss or drama.

When Can I Drive The Vision Gran Turismo SV? 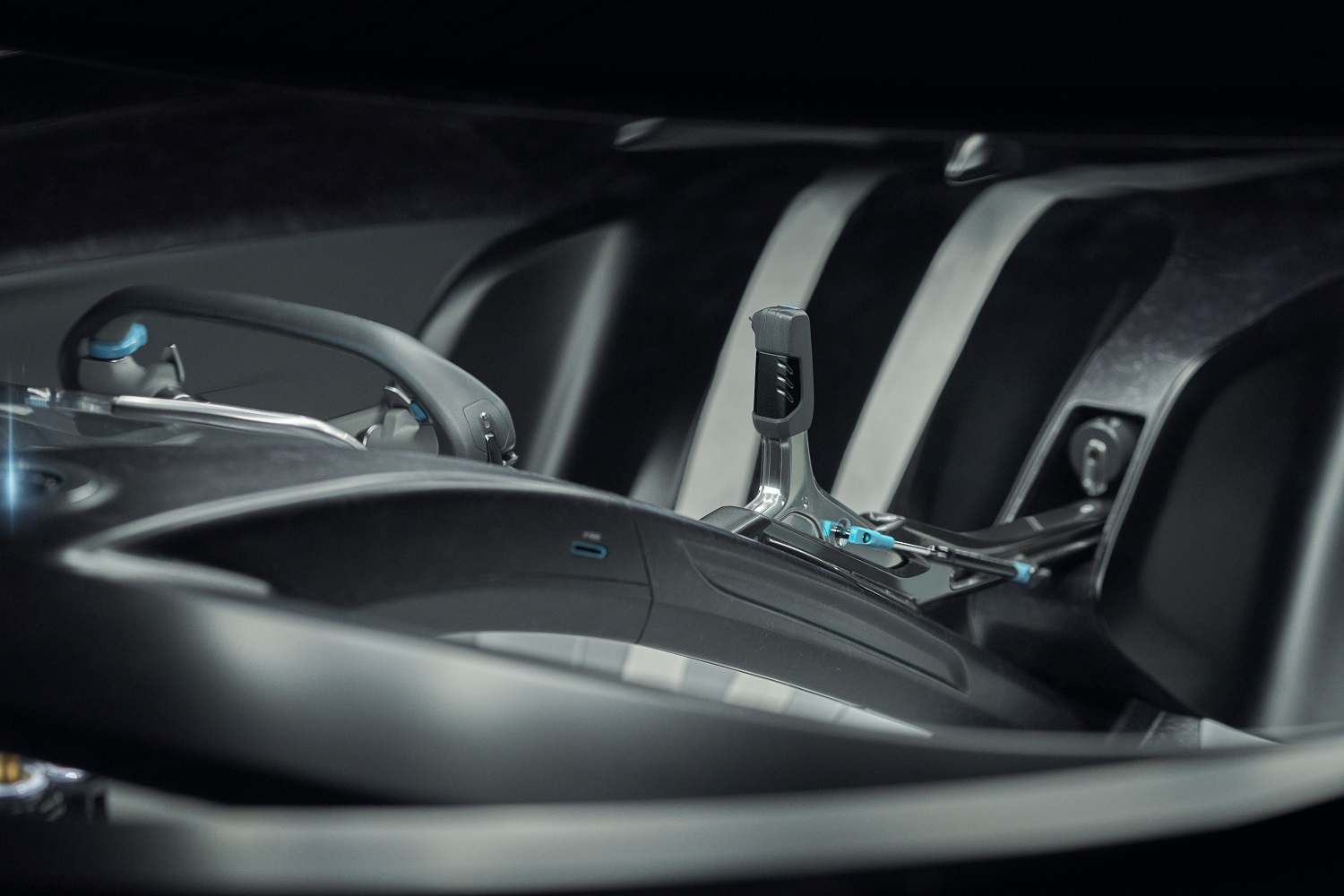 Like other Gran Turismo based concepts, the Vision Gran Turismo SV has absolutely zero chance of seeing formal real-world production. It was designed mainly to be in the Grand Turismo game series. The company confirmed that it will make its playable appearance in 2021, but stopped short of confirming whether it will appear in GT Sport or GT7. However, as a consolation prize, Jaguar not only revealed that it built a full-scale model of the Vision Gran Turismo SV, but also that the interior of the concept is hiding a secret of its own that could make its way to production. 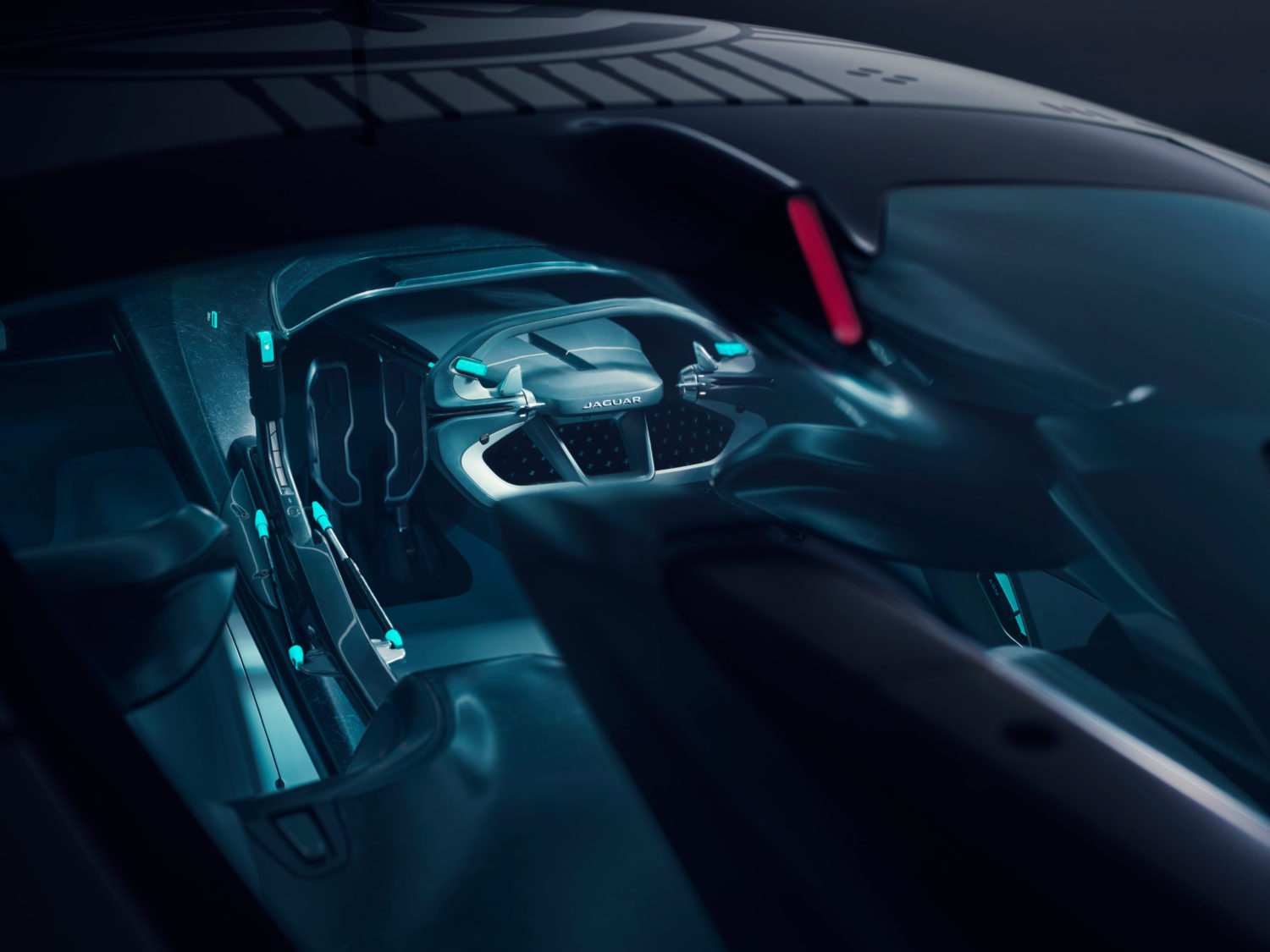 It comes in the form of the TYPEFIBRE material that adorns the two composite sport seats. Jaguar claims that the TYPEFIBRE material was designed to be a lighter alternative to leather and that it can outclass it in comfort and durability. Unlike the concept itself, TYPEFIBRE is being developed in the real world, with the material expected to be tested in Jaguar’s latest Formula-E entry, the I-Type 5.