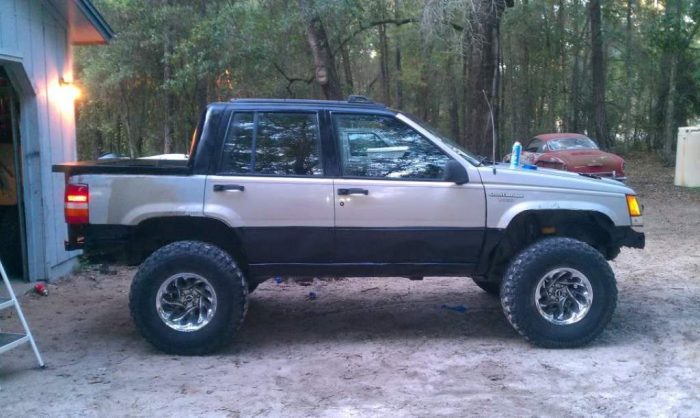 If you’re wondering which cars will be collectibles in two decades’ time, look on a redneck’s driveway today. See, in that low-demand twilight between a vehicle being considered “the latest” and becoming “retro hip”, it’s often these fine folks who are wisely enjoying years of no-payments motoring in such (for now) unfashionable rides.

Comedian Jeff Foxworthy has lovingly defined rednecks as boasting “a glorious absence of sophistication”, and this distinctive irreverence has permeated their choices (and modifications) of modes of transport, from muscle cars almost unrecognizable beneath aftermarket add-ons to borderline monster trucks as daily drivers.

Here at Autowise, we took a lighthearted look at ten of the most redneck rides.

If the type of vehicle you’re driving was formerly another type of vehicle, you could well be a redneck. What we’re talking about here is a pickup that used to be a wagon, a convertible that used to be a coupe, or an RV that was formerly a U-Haul box truck. To truly qualify, the conversion should be completed at home, in a single day, and only involve regular household tools, beer, and at least one cousin and/or neighbor. As evidence of their apparently limitless vehicular ingenuity, rednecks have been known to also repurpose former daily drivers into everything from chicken coops to hot tubs. 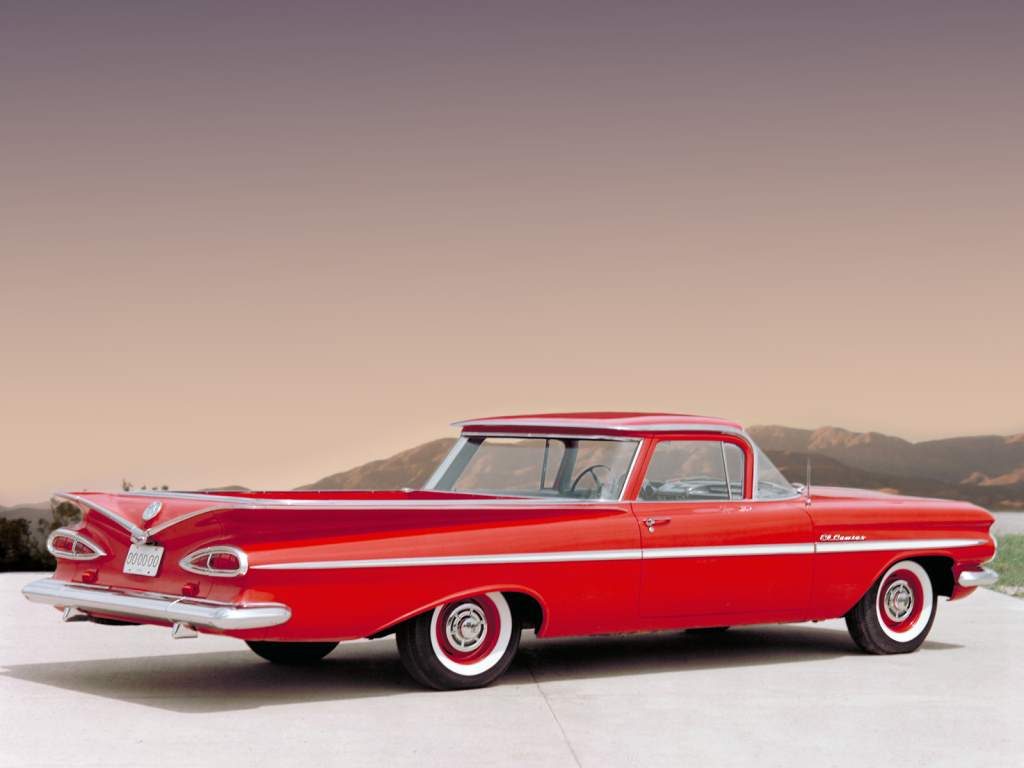 Ford Australia came up with the first coupe utility, but the best-known (and most redneck-beloved) stateside expression of this body style is the long-running Chevrolet El Camino. Now colloquially known as “utes” in Australia, the original coupe utilities were conceived by Ford in response to a 1932 letter from a farmer’s wife seeking “a vehicle to go to church in on a Sunday and … carry our pigs to market on Mondays”. Beginning nearly three decades later, the El Camino (1959-1960 and 1964-1987) still honored this basic idea: marrying car-like comforts and style to a nostalgic connection with a fast-disappearing, more rural and independent way of life. 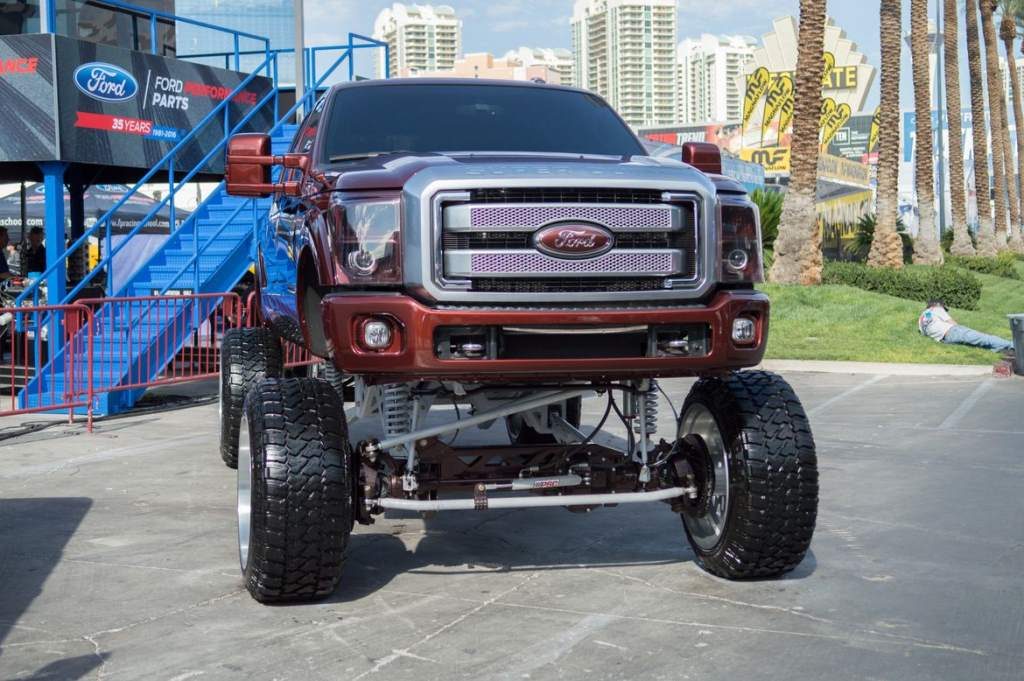 Lifted pickup trucks have their roots in the extended suspensions and huge wheels developed for military vehicles in both World Wars. Soon, civvy drivers struggling with snowy or swampy terrain were seeking-out similarly-equipped workhorses. Uniquely redneck sports like truck pulling and mud bogging both reflected and encouraged this trend, until size became an end in itself. In the 1980s, “monster truck” events propelled the phenomenon to extremes and into the mainstream and, over time, suspension lifting became popular even in urban settings miles from the nearest mud. Not to be outdone, true rednecks starting adding fumes-belching exhaust stacks to distinguish their towering creations. 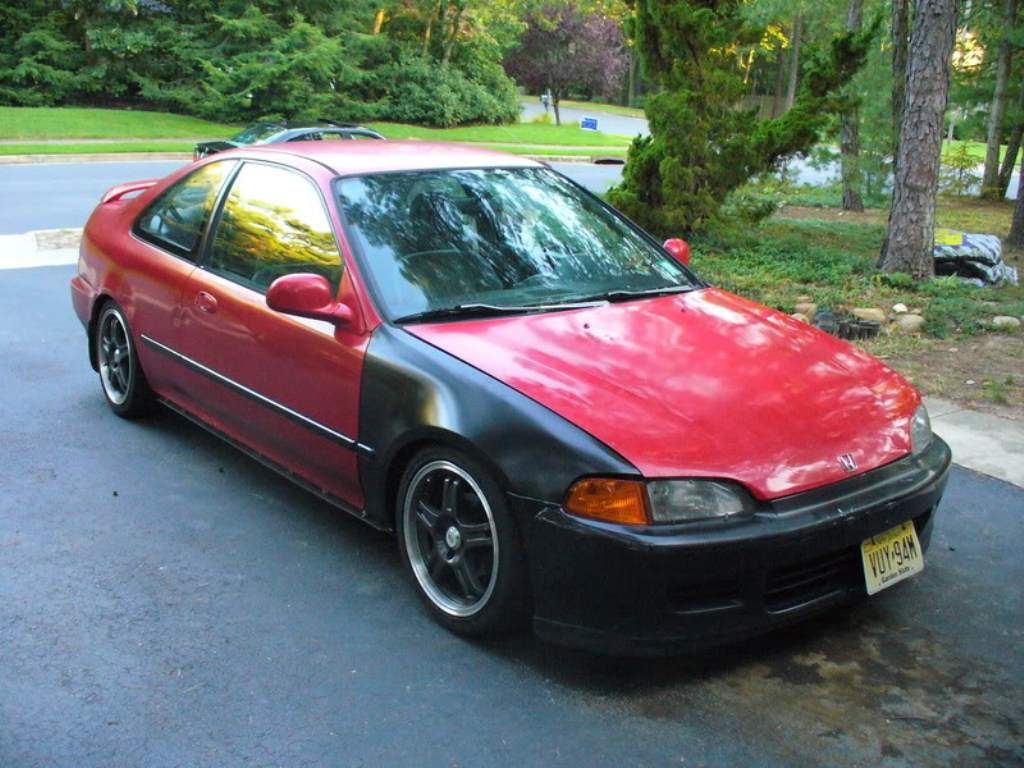 Unlike the majority of modern drivers, many rednecks are still willing and able to perform (or at least attempt) their own auto repairs and mods. The “1+1” project car is the ultimate expression of how far they’ll go to avoid paying for mechanics’ labor brand new parts: essentially an ageing “work-in-progress” vehicle with an identical (or very similar) example parked next to it to cannibalize for spares. Locating a donor car of exactly the same color as the project itself is the Holy Grail of 1+1-ing but, failing that, there’s no shame in driving the only two-tone (or three-tone, with Bondo), ’81 Cutlass in town. 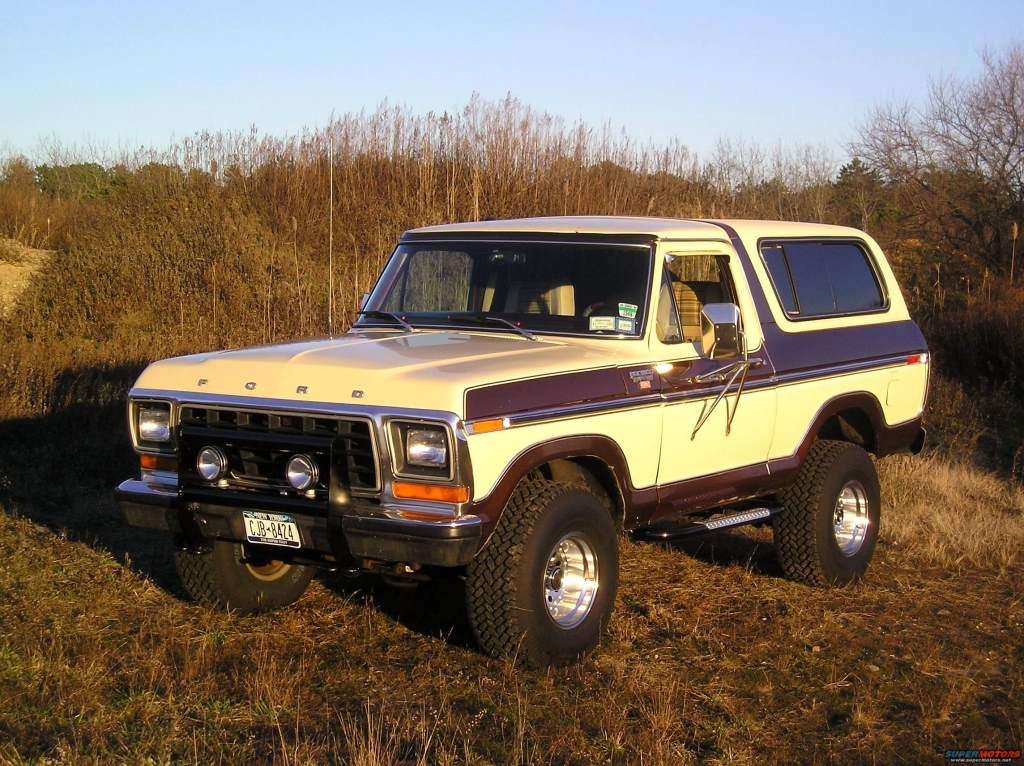 While the first-generation Bronco (1966-77) has become almost the exclusive domain of hipsters and restorers, its full-size replacement – which ran through multiple, aesthetically similar generations between 1978 and 1996 – is, alongside the Chevy K5 Blazer/GMC Jimmy with which it was designed to compete, a burly redneck staple. With decent ground clearance, plenty of (usually) V8 power, four-wheel drive and a folding rear seat, the Bronco is a genuinely useful and versatile rural ride, but a removable hard top and two-door configuration also lent it an irreverent, recreational spirit which contrasts sharply with the “soccer mom” synonymy of most modern, 4-door full-size SUVs. 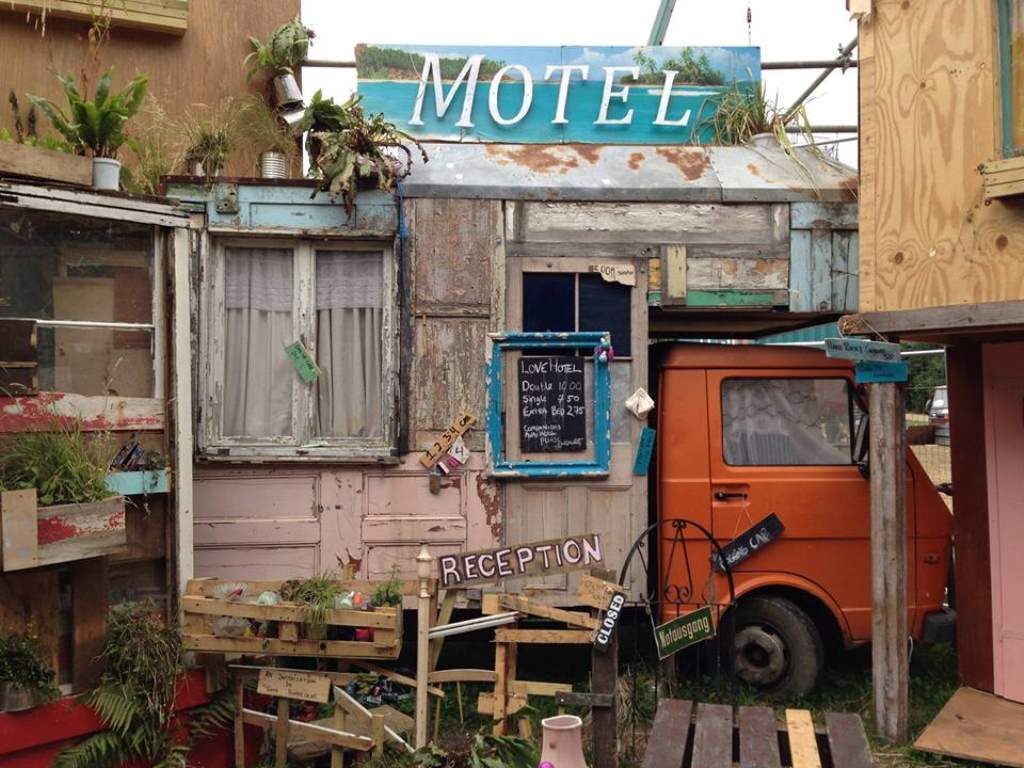 An American family staple in the 1980s and ‘90s, gas-guzzling conversion vans are now mostly seen in wreckers’ yards or outside rednecks’ homes (or occasionally serving as rednecks’ homes). Typically Ford or GM vehicles, they were transformed into motel rooms on wheels with the installation of captain’s chairs, curtains, TVs, fridges, sinks and stoves. More “expressive” incarnations boasted colorful shag carpet, porthole windows, outlandish airbrushed paint jobs and “When This Van’s a-Rockin’, Don’t Come a-Knockin’” bumper stickers. RVs and minivans combined to kill-off the conversion van – plus, who really wants to inherit gawd-knows-what soaked deep into that now crusty shagpile? 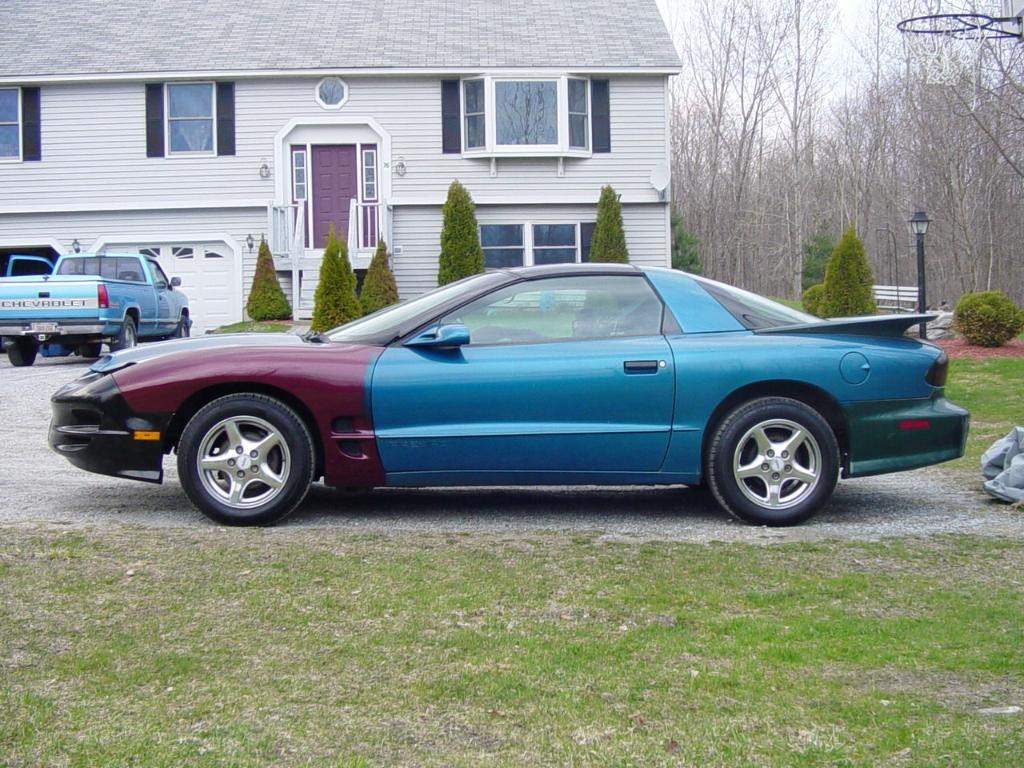 Once the redneck’s ride of choice, roadworthy pre-1980 pony cars are increasingly priced beyond the reach of regular folks, so it’s primarily later-model Camaros, Firebirds and Mustangs that fill the “affordable head-turner” void. These utterly American icons offer speed, unsubtle style and a degree of sporty handling all for as low as a couple of grand (for an ‘80s or ‘90s model). To mimic the appearance of the top-of-the-line Trans Am, Z/28 and SVT Cobra variants respectively, resourceful rednecks dress-up lesser Firebirds, Camaros and Mustangs with all manner of hoods, spoilers, decals and details to resemble the real thing. 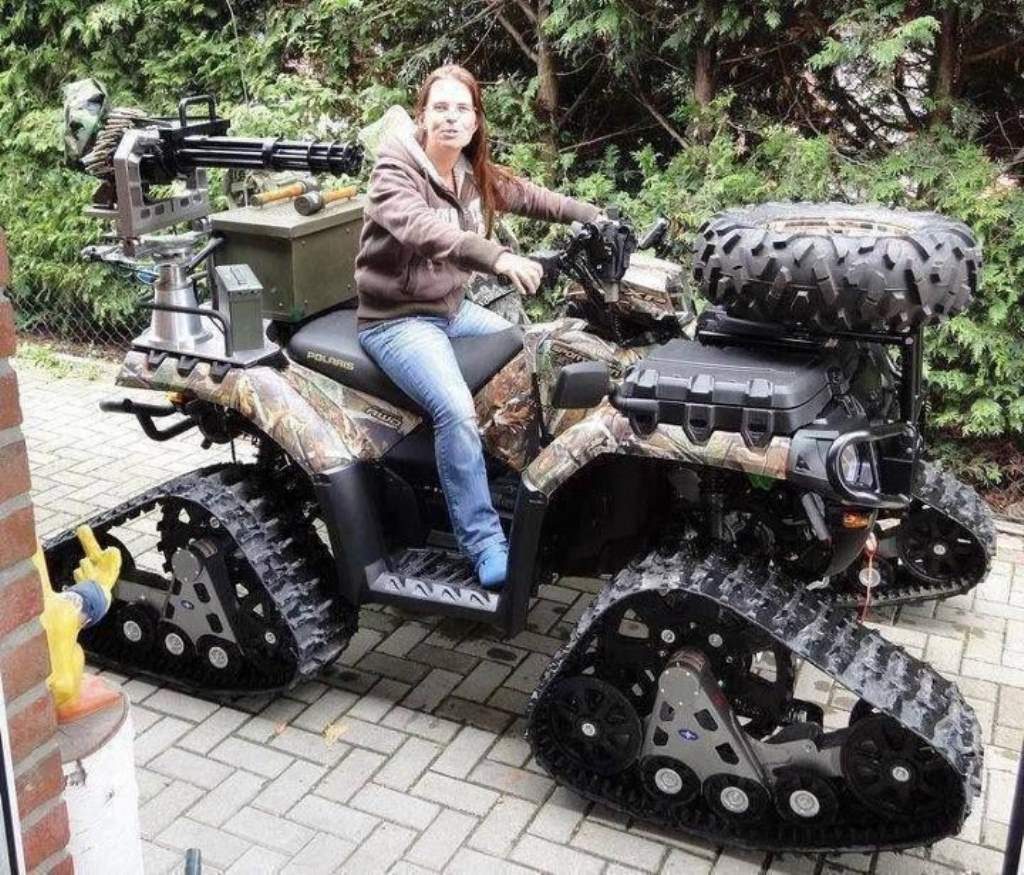 The status of quads as redneck “big-boy toys” was underlined last summer when California’s Siskiyou Golden Fair announced its inaugural “Redneck Roundup” ATV rodeo, including the crowning of the “All Around Redneck for 2016”.  “The Redneck Roundup can be described as a motorized rodeo with some twists,” stated CEO Cliff Munson. “Four events have been scheduled including Quaderator, Quad Barrel Racing [and] Side-by-Side Racing.” Camo paint (especially DIY rattle-can jobs) make an ATV even more backwoods- and hunting-friendly, while adding a vaguely militaristic/militia air to these super-fun, relatively inexpensive rides. 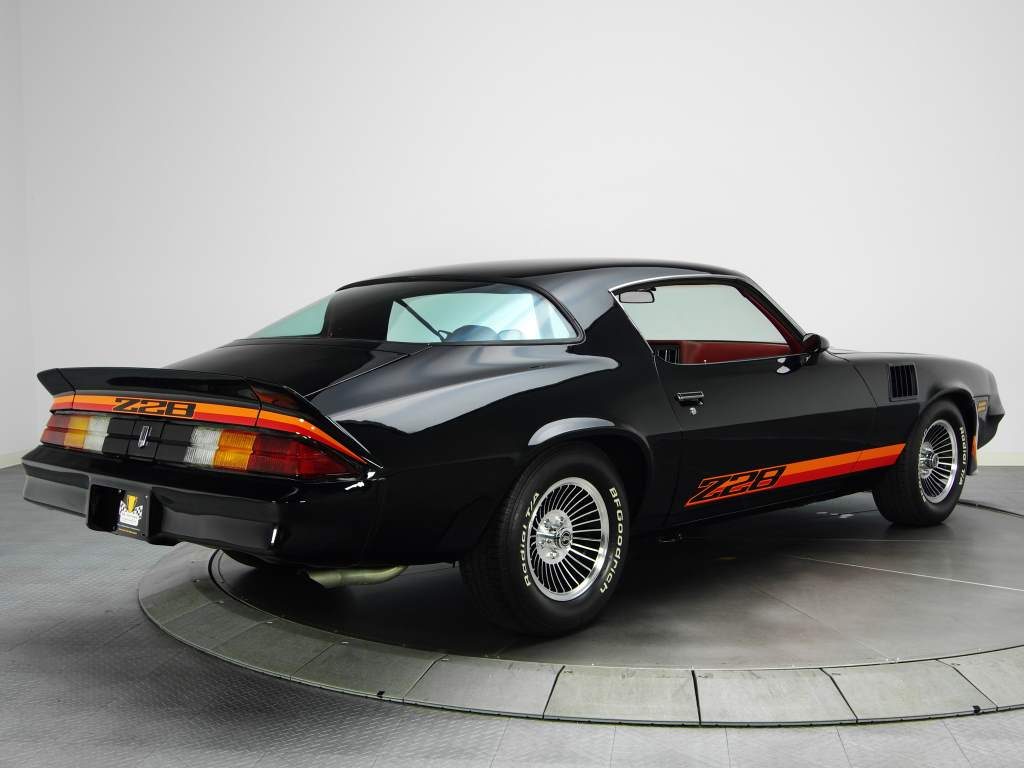 GM has been tagging Chevy cars and trucks with “Z” logos since the 1960s. These are in fact part of internal RPO (“Regular Production Option”) codes, used to denote a vehicle’s configuration options, some of which morphed into full-blown model names or trim levels and have become associated with enhanced performance, handling and/or comfort. The potent Camaro Z28 is the traditional king of the Zs, but any Z code seems to bring rednecks running, from the sporty(ish), V6-powered Cavalier Z24, Beretta Z26 and Lumina Z34, to upgraded trucks like the Avalanche Z66 (“touring” model) and Z71 (“off-road suspension package”). 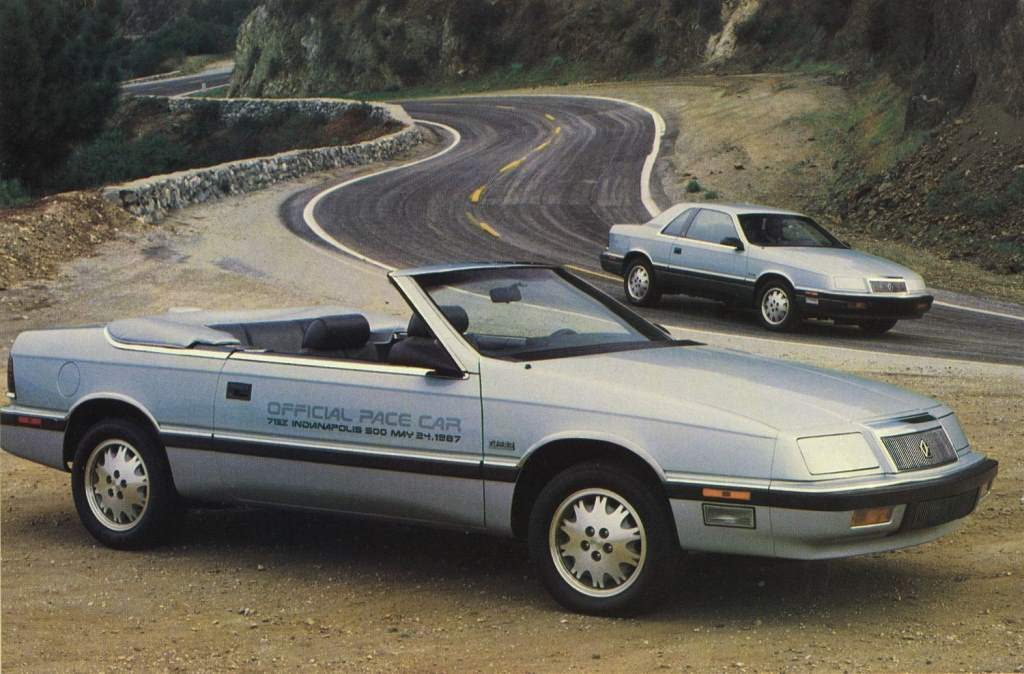 As their tops fray, fade, and suffer increasingly unreliable mechanisms, ageing convertibles can become amazingly affordable runabouts, both to purchase and run. Savvy young, often female, rednecks are wise to the low-overhead fun to be had from ‘90s Mustang, Camaro, Chrysler LeBaron and (for the less patriotic) Toyota Celica and Mazda Miata soft-tops, many of which are 4-banger gas-sippers and available for under $2K. By now, however, most have tops that no longer drop and are more duct tape than fabric, resulting in that stubbornly musty “leaky convertible” interior odor. The final stop for many such sun-lover specials is beneath a tarp behind a chain-link fence.