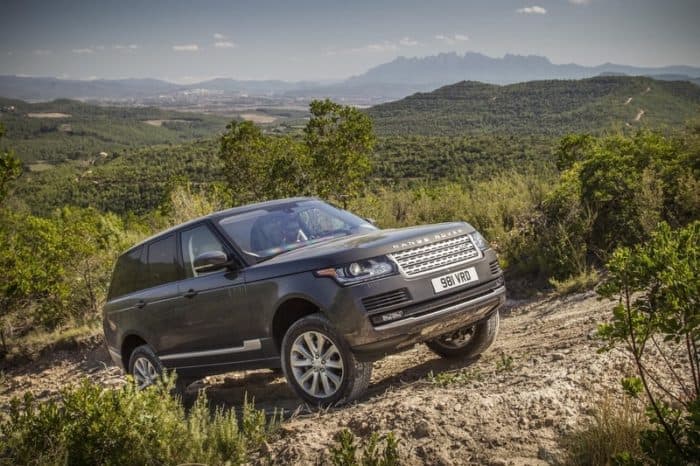 The linchpin of the Land Rover lineup has traditionally been one of the best SUVs money can buy but there’s a genuine concern for the aging nameplate now that we’re on the verge of 21st century’s third decade. The British automaker’s flagship model hasn’t been truly updated since 2012 which is unacceptable for a modern-day crossover/SUV. With the next generation of luxury off-road SUV already confirmed for 2021, maybe it’s best to sit out on the 2020 Range Rover. Especially considering its prices didn’t budge for the fourth gen’s ultimate year. 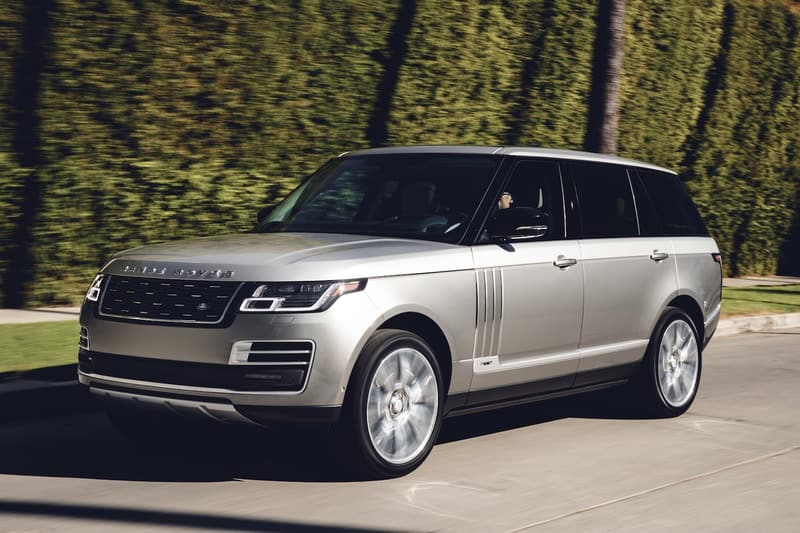 Range Rover’s aging design is still looking stylish enough despite being almost decade old now, however. The boxy frame remains its base even 50 years after the iconic SUV’s introduction, but modern iterations are also subtly rounded off around the edges. Available in both the short and long-wheelbase forms, the Range Rover offers plenty of versatility even for the most demanding of buyers. New for 2020 is an optional Black exterior design package which is pretty much self-explanatory. Other than that, Eiger Grey and Portofino Blue join the lineup of available color schemes, while the Shadow Walnut wood trim serves the entry-level models when it comes to interior. 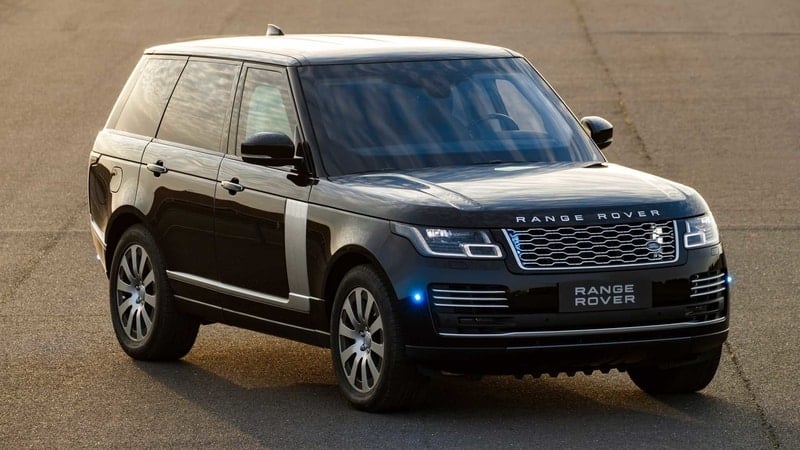 Speaking of which, the interior is where the Land Rover’s flagship model shines at its brightest. Luxurious beyond measure, the Range Rover offers everything from premium leather and grained wood accents to the most advanced convenience and safety gear available at the moment. A 10-inch infotainment touchscreen controls most aspects of the Range Rover’s tech, with a 380-watt Meridian audio system being standard from the second-in-line HSE trim. 20-way adjustable heated front seats and three-zone automatic climate control are also standard.

The 2020 Land Rover Range Rover is cavernous inside and offers plenty of space for both passengers and their cargo. There are 31.8 cubic feet of cargo storage behind the second row on most models, but the top-spec SVAutobiography trim with optional reclining Executive Seating package makes do with just 24.5 cubes. Meanwhile, the long-wheelbase models boast an impressive 75.6 cubic feet of storage capacity behind the second row. 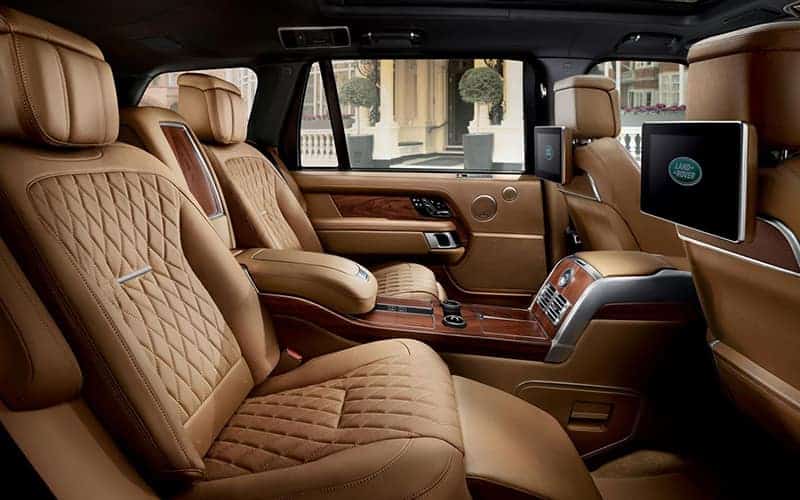 As far as modern driving-assistance features go, the Range Rover offers everything including forward-collision warning, automated emergency braking, and lane-departure warning as standard. However, the more advanced features such as adaptive cruise control are still optional despite the luxury SUV’s high price tag.

The largest of Land Rover cars offers three distinctive conventional powertrain choices in no less than five separate tunes. The base models make do with a new-for-2020 3.0L inline-six engine with a mild-hybrid assist that’s capable of putting up either 355 hp or 395 hp depending on its position within the range. The torque curve sits at 406 lb-ft regardless of the straight-six’s state of tune.

An optional turbo-diesel 3.0L V6 provides an impressive 443 pound-feet of twist but reduces the horsepower rating to 254 ponies. Finally, the range-topping models benefit from the company’s powerful 5.0L supercharged V8 which cranks up either 518 hp and 461 pound-feet of torque or 557 hp and 516 lb-ft in the mentioned range-topping SVAutobiography trim.

Regardless of the engine of choice, all Range Rovers come in 4×4 configuration with a ZF 8-speed automatic routing the power to all four corners. They can also tow up to 7,716 pounds – again regardless of a chosen powertrain.

Last but not least, the Range Rover lineup has been expanded by a long-awaited plug-in hybrid model which we’ve covered in a separate article. 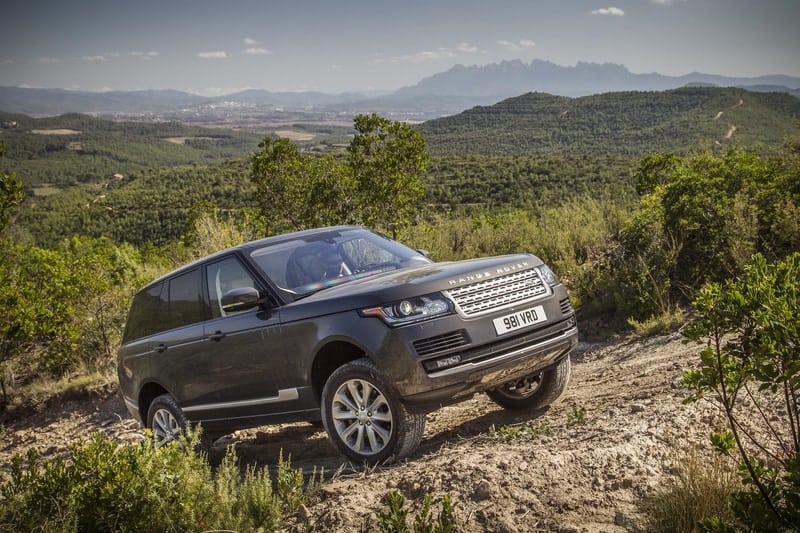 The least expensive Range Rover costs $92,000, while the long-wheelbase range-topping SVAutobiography grade commands an eye-watering price tag of $180,000. In spite of their hefty price tags, Range Rovers have found 19,030 new owners in the U.S. during 2018 and 18.831 units in 2019. These are their best results since wading the Atlantic decades ago. It would seem that you can’t simply put a price tag on top-class British refinement and unparalleled off-road capability these days.

The 2020 Range Rover is a plush flagship SUV with lots of off-road credibilities although we rarely see it getting its hands dirty. It’s still one of the most desirable luxury SUVs in spite of the recent expansion of the luxury and ultra-luxury SUV segments, and that’s unlikely to change anytime soon. 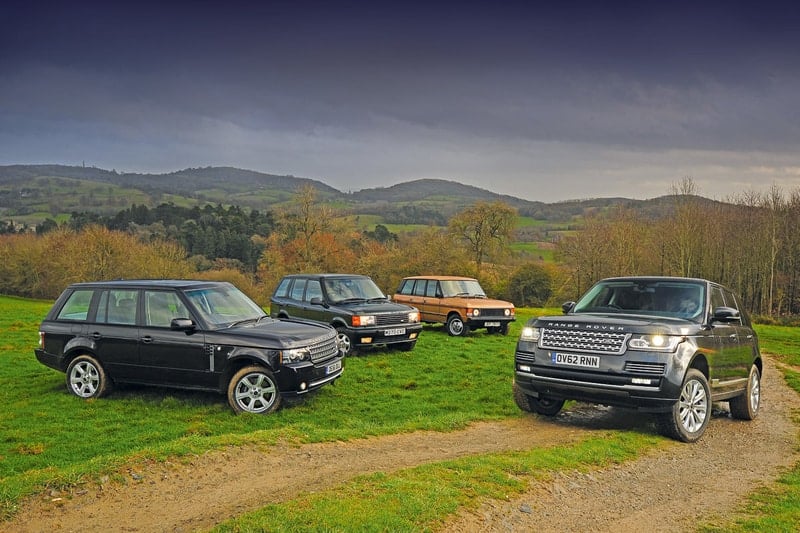