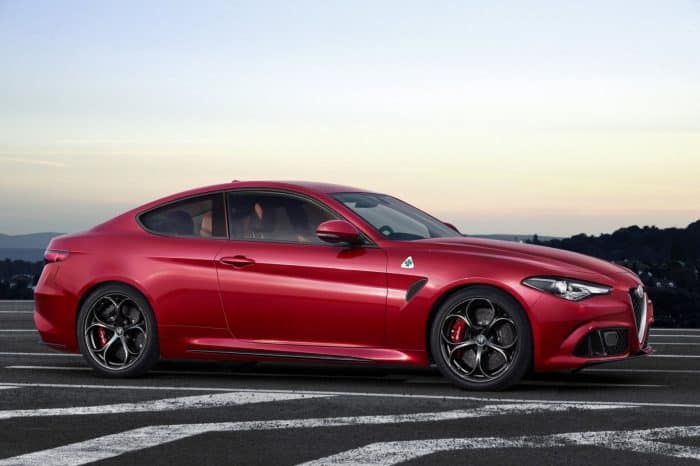 Alfa Romeo’s return to the U.S. market should be celebrated as one of the automotive-related holidays in this part of the world. The iconic Italian automaker pulled out of North America in 1995, thus ending their presence there which they established during the mid-fifties. Despite reestablishing their U.S. foothold in 2008 by importing the 8C Competizione sports car, the real comeback didn’t happen until the MY 2015 when they started importing the still-available 4C sports car. Initial sales figures remained three-digit affairs until 2017 when the luxury FCA division marketed 12,031 vehicles in the U.S. This was also a breakout year for Alfa on a global level as they marketed 150,722 vehicles across the world, seeing their output increase by 62 percent compared to 2016. But, what does the 2019 Alfa Romeo lineup have in store for us?

The Alfa Romeo vehicle base in the U.S. currently amounts to only three models, but two of them offer performance-oriented spin-offs in a way. The aforementioned 4C sports car is entering its sixth model year in 2019, whereas the Giulia sedan and the Stelvio crossover are still rather new. Although the Alfa Romeo lineup is bound for expansion in the near future, MY 2019 is still too early for that to happen. In the meantime, the Italians will introduce the Giulia coupe and offer a special blacked-out Nero Edizione appearance package for both the Giulia and Stelvio. Here’s what to potentially consider buying and what to stay away from when it comes to Alfa Romeo cars in 2019.

Introduced in late 2016, the Alfa Romeo Giulia represents the Italian automaker’s first serious attempt at breaking into the luxury U.S. car market. Base models are available from just under $40,000, and they pack a 2.0L all-aluminum turbocharged 4-cylinder engine capable of making no less than 280 hp and 306 lb-ft of torque. Commendable on their own, the conventional models are still no match for the exciting Quadrifoglio high-performance edition which packs a whopping 505 horsepower and 443 pound-feet of twist. Power comes courtesy of a Ferrari F154-sourced 2.9L twin-turbocharged V6 mill which is otherwise featured in the likes of the 488, GTC4Lusso T, Portofino, and even Maserati’s duo of Quattroporte GTS and Levante Trofeo. However, the engine boasts a larger displacement and couple more cylinders in all of the aforementioned exotics. Despite coming short of the Ferrari and Maserati specs, it’s still good enough to propel the Alfa sedan to 60 mph from standstill in 3.8 seconds, and to the max speed of 191 mph. Sadly, a manual gearbox is nowhere to be found as an 8-speed auto serves as a mandatory option.

The sheer profound performance isn’t the only advantage of the 2019 Alfa Romeo Giulia Quadrifoglio. The sporty sedan excels in numerous other ways as well, and the most obvious of these is a classy design only the Italians are capable of fashioning. Then again, that’s always been the Alfa’s trademark. Moreover, the Giulia Quadrifoglio offers quick steering which further distances it from German competition – as if class-leading performance for the price wasn’t enough already. Speaking of which, the entry-level Quadrifoglio starts from just under $74,000. While it might not exactly be a figure many people can afford, comparable German competitors are even more expensive than that. Like Japanese luxury cars, the Alfa Romeo Giulia also fails to impress in terms of interior refinement. Don’t get me wrong – Giulia’s cabin is perfectly fine for the most part, but can’t really compete with the German craft and sophistication. These are simply different kinds of animals, and that’s exactly what we love about Alfa. 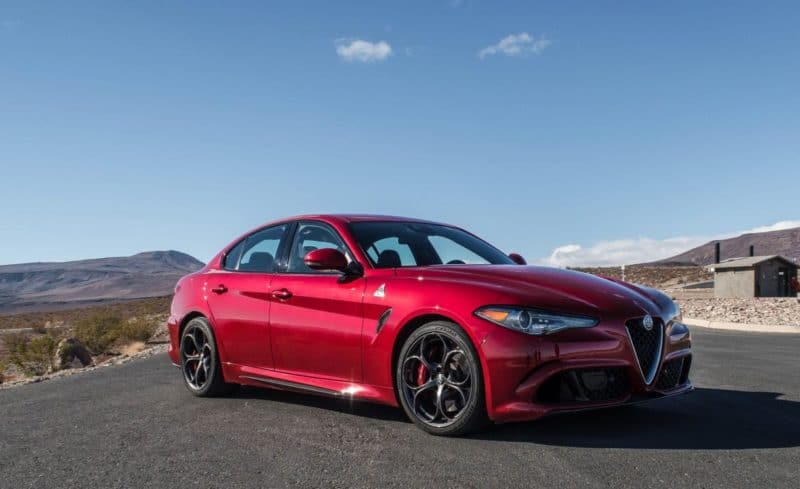 Just like its sedan counterpart, the Alfa Romeo Stelvio Quadrifoglio, too, sports a 505-horsepower Ferrari-derived 2.9L twin-turbo V6 engine. Again, an 8-speed automatic with manual shifting mode is the only available option when it comes to transmission. Despite its top speed being estimated at “only” 176 mph, the four-leaf clover Stelvio should take you flying to 60 mph from a standing start in no more than 3.6 seconds, which is quite a feat for a vehicle weighing 4,350 pounds. Apart from a stellar performance, the 2019 Alfa Romeo Stelvio Quadrifoglio provides a torque-vectoring all-wheel drive, a semi-virtual steering axis, and a drive mode selector which, together, add up to a sublime drive quality well worthy of its price tag. Speaking of which, for $80,000 you get a base equipment package and whatever you can buy for the remaining $5 in your bank account.

The Alfa Romeo Stelvio Quadrifoglio doesn’t count on its performance alone to help drive the Italian brand’s American sales. Needless to say, for almost double the value of a conventional model, you also get large Brembo brakes, larger anti-roll bars, stiffer springs, and special Pirelli P Zero tires among other things. Carbon ceramic brakes are an option that runs for $8,000 these days, but you’ll be glad to know it’s one of only a few available options, keeping the potential price tag in check. Inside, the Stelvio Quadrifoglio sports an 8.8-inch touchscreen display that works in pair with the standard 14-speaker Harman Kardon sound system. A host of advanced safety goodies are also there, and so are all the contemporary connectivity features. The upcoming Nero Edizione appearance package – which will also be available with the Giulia sedan – will bring special 20-inch wheels (19-inch on Giulia) and blacked-out everything. 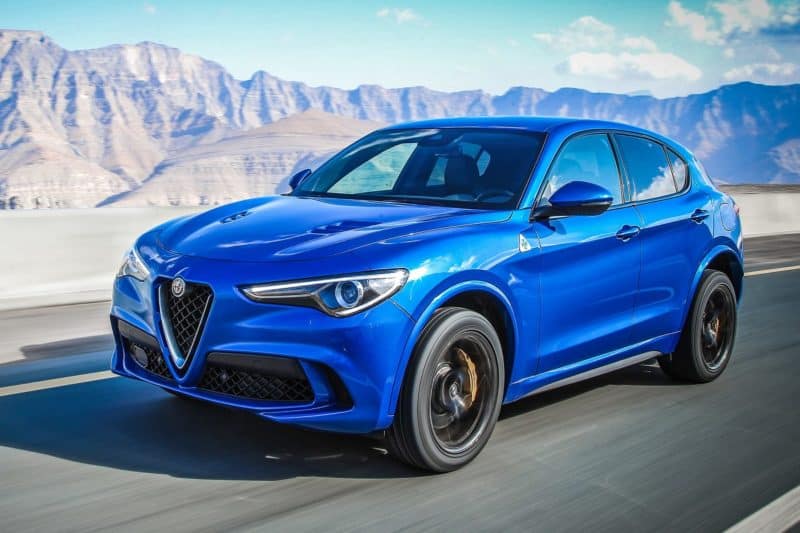 It takes time to expand one’s portfolio and Alfa Romeo is doing it the right way. The influx of new 2019 Alfa Romeo models begins with a car that’s anything but all-new. The Italians will simply convert its core sedan into a coupe, but that’s only the tip of the iceberg. The 2-door Giulia will be available in both conventional and Quadrifoglio setups – just like its sedan sibling – but a new Formula 1 energy recovery system (ERS) will likely make it the most potent Alfa Romeo to date. The hybridized Giulia Quadrifoglio Coupe should be able to churn out as much as 641 horsepower, whereas the conventional units should make around 345 horsepower. The hybrid system was first developed by Ferrari and Magneti Marelli for the La Ferrari which speaks a lot about Alfa Romeo’s aspirations. Even if this high-performance system doesn’t make it in time for MY 2019, the Giulia Coupe should still offer sedan’s current lineup of engines which are quite potent themselves.

The Alfa Romeo Giulia Coupe for MY 2019 shouldn’t differ much from the sedan in terms of prices, available equipment, and overall design. It will be more expensive, naturally, but the overall execution will remain mostly intact. Of course, being a coupe, the new Giulia will likely shed a tenth of a second or so from sedan’s 0 to 60 mph time. This goes a few times for the potential La Ferrari-derived hybrid powertrain. The rumors of the Italians thinking about picking up the iconic GTV name from some dusty shelf for this one have recently been confirmed, hence the Giulia coupe might simply be known as the Alfa Romeo GTV. The rest is still more suited for a rumor mill, so we’ll get back to you when we find out more. 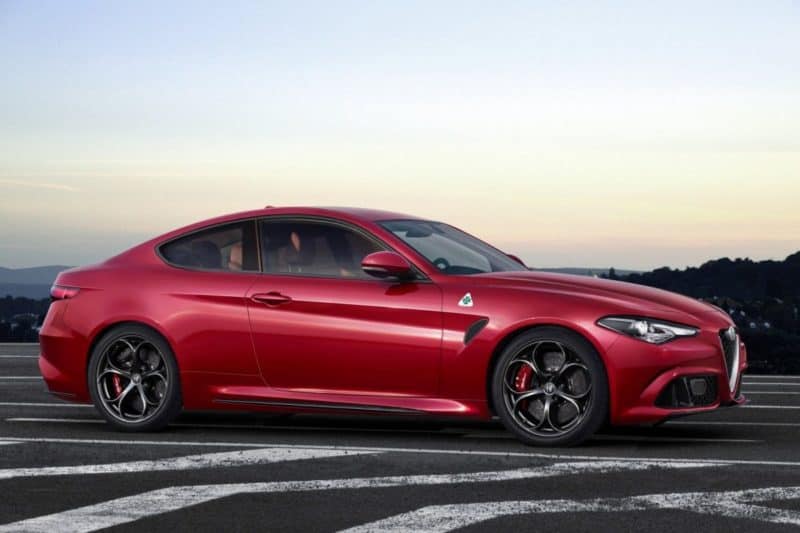 If the searing-performance Quadrifoglio Alfa Romeos are also searing-expensive for you, fear not. The late availability for MY 2019 Ti Sport Carbon package for both the Giulia sedan and Stelvio SUV can make your favorite Alfa look much more like the vaunted four-leaf clover models. As its name suggests, the package is exclusively available with the mid-range Ti trims which cost just north of $40,000 for the Giulia and $44,000 in the Stelvio. It also includes a number of carbon-fiber bits and pieces on the outside as well as on the inside. Specifically the grille, side mirrors, door sills, and other smaller bits. The Sport Carbon package will also provide a standard Apple CarPlay and Android Auto alongside optional heated rear seats. Prices for the package still haven’t been disclosed, but they shouldn’t stretch your Giulia or Stelvio’s prices too far.

As much as it may upgrade the looks of the non-Quadrifoglio Giulia and Stelvio models, the Ti Sport Carbon package will do little for their performance. The lower-tier models are only available with a 2.0L turbocharged 4-cylinder engine worthy of 280 horsepower and 306 pound-feet of rotational force. While these certainly are commendable figures – especially for the $40k price range – they’re nowhere near the performance models’ 505 ponies and 443 lb-ft of twist. The package also won’t do anything for the cars’ transmission and drivetrain configuration which will remain intact. 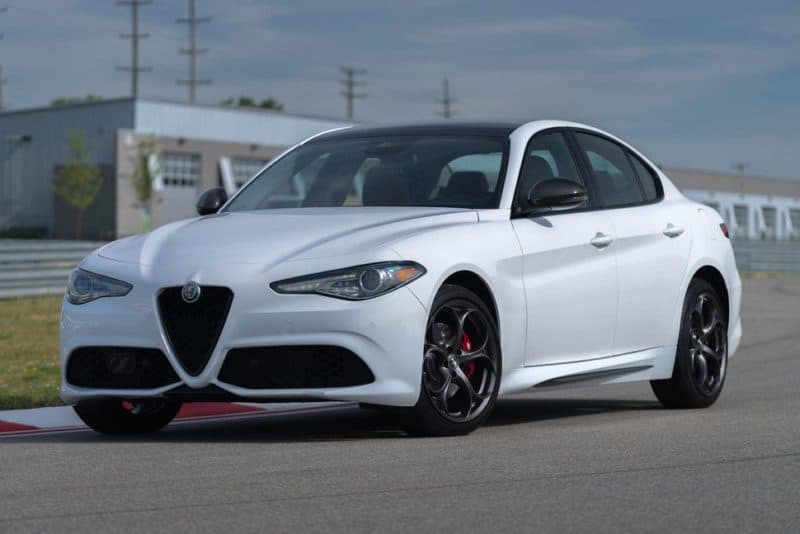 What’s Not In the New 2019 Alfa Romeo Lineup

It can safely be said that the Alfa Romeo 4C has, for the most part, run its course. It was introduced in 2013 and helped pave the way for the fabled Italian automaker’s return to U.S. shores. Lightweight and nimble, the 4C is as capable as any comparable small sports car, but it lacks some advanced tech gear its competitors usually include. The biggest issue is probably the fact the 4C fails as a daily driver due to its crude and noisy cabin, uncomfortable seating position, and not exactly smooth ride. Add these to already mentioned lack of any advanced goodies, and the Alfa Romeo 4C ends up at the bottom of the luxury sports cars lists. The fact that the coupes start from $56,000 and Spyder variants cost at least $10,000 more isn’t exactly a point in its favor.

The engine remains one of precious few strong suits for the 4C. A 1.75L turbocharged inline-four coupled with a 6-speed dual-clutch automatic delivers smooth and quick acceleration, and plenty of power to go around. 237 horsepower and 258 lb-ft of torque are good enough to propel the lightweight to 60 mph from a standing start in just 4.2 seconds. In the meantime, the top speed is drag limited to 155 mph. A manual transmission would have been a nice option, but alas, the Italians still don’t offer such choice in the U.S. Despite being fun – especially on the track – the Alfa Romeo 4C lacks the means to compete with similarly priced competitors, like the Porsche Cayman, for instance. It’s definitely time for a major overhaul technology-wise, but MY 2019 won’t bring the much-needed change to the small sports car. 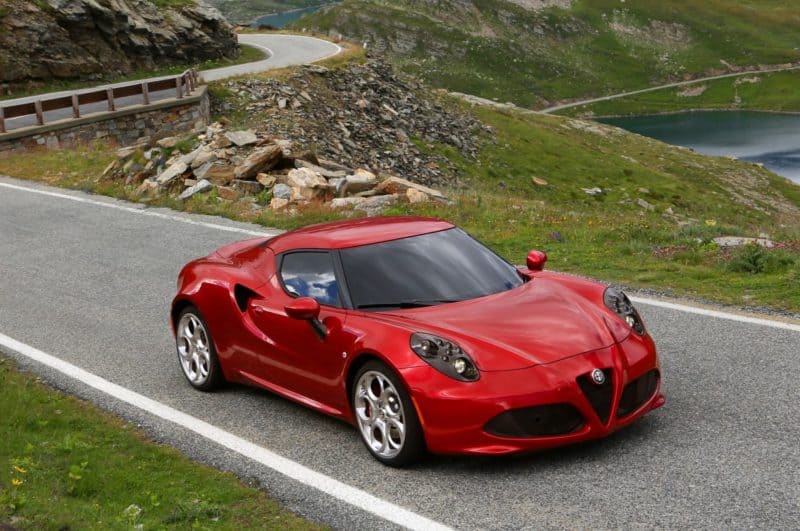