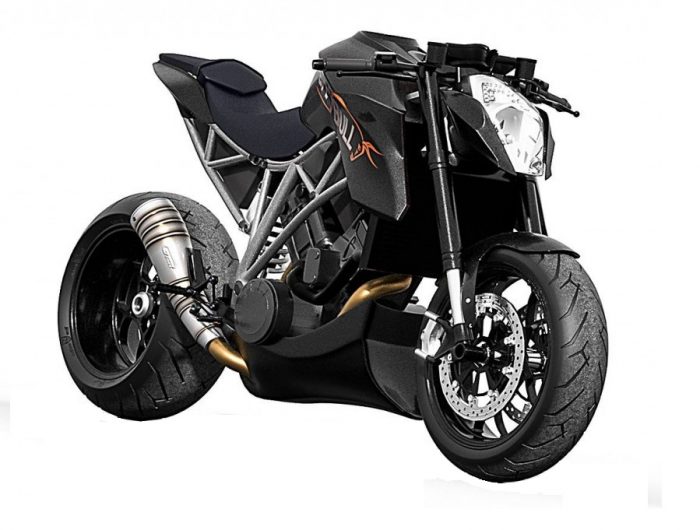 German workshop Custom Wolf unveils a seriously mean looking KTM 1290 custom concept that they’ve developed in partnership with German KTM dealer Motoroox – it’s based on the KTM 1290 Super Duke R, and it looks deadly. With the current interest in KTM motorcycles growing, hopefully it won’t be long until we see this absolute beast of a machine in real life.

“Beast” is the operative word here, since it’s being circulated under the name “Speed Bull” and with the powerful 1290 Super Duke engine as its power plant, it will be exactly that. This KTM 1290 custom features the very same V-twin engine that produces 173 hp and 106 lb-ft of torque at 6,500 rpm, that some riders, namely the celebrated development rider and racer Jeremy McWilliams, have claimed is difficult to keep under control without the use of traction control. And that sounds like a challenge, if ever we heard one. 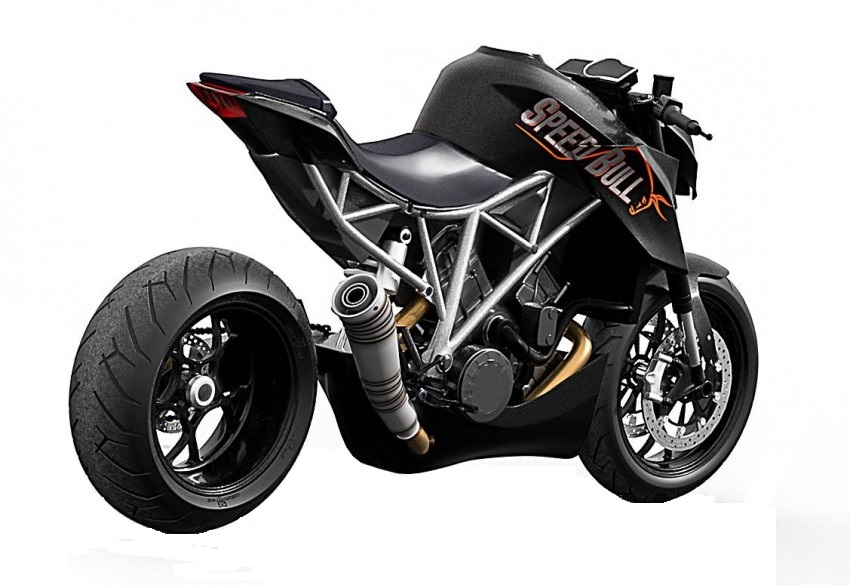 This might just be a concept rendering, but from what we’ve heard, Custom Wolf and Motoroox are going to get their heads down and start work on a real life version, so keep your ears to the ground for more information as we get it. Until then, and while the Speed Bull is only in the design phase, there haven’t been any hints as to what upgrades the engine is going to get, if any at all, but we can imagine that the stock performance figures will get a bit of a shake up. Until then, we can only take a look at, and appreciate, what we can see. 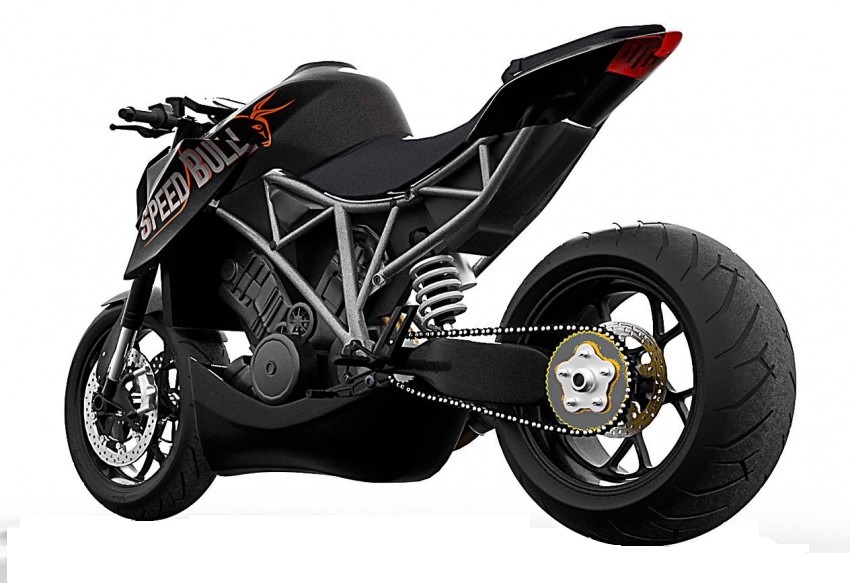 The first noticeable change is the big rear tire unit – which is a little left field, but doesn’t jar the eye either. In fact, it’s a welcome addition to the now streefighter-esque shape of the machine that commands your attention from your first look. If you look above the rear wheel, you’ll also notice that the rear end is a lot less cluttered, which makes for a svelte looking, weapon of a motorcycle. But apart from those small changes, the changes in these images aren’t too drastic – however, we know that Custom Wolf are incredible engineers and we’re almost certain that the whole frame is going to get an overhaul, and almost every single bracket, clamp and fastening too. We can’t wait to see it in the flesh!