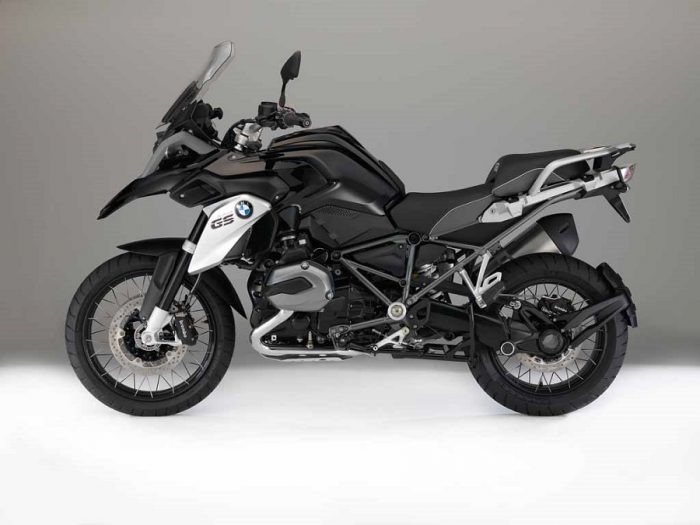 You can say what you like about the GS series: they’re solid, reliable and pretty much infallible, except in one department: the aesthetics. Some people don’t go mad for the shape of thing, but that’s not the problem here. For many GS admirers, the main pitfall has been the color options. You can purchase a GS in a wide range of colors, including combinations of white, silver, red, yellow and blue but there’s never been a fully, black machine. You’d think something like the GS would come with a nice stealth vibe but it doesn’t…until now that is! 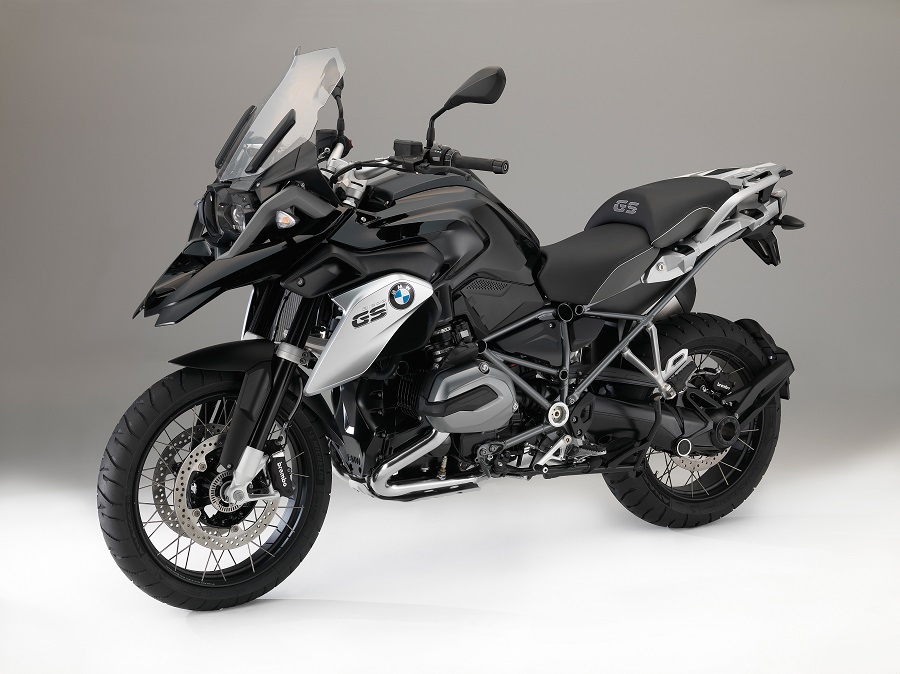 Yeah, yeah, yeah: black everything is old hat, it’s been done to death and if done wrong, can look atrocious (especially on small bikes) but here, BMW have found a nice balance and we’re loving it. There’s enough grey on there to balance it all out, otherwise it could’ve looked like a spiky black mess. Apparently, it’s not just any old grey either, it’s Agate Grey for the color aficionado and this grey, along with a few silver elements highlight the head covers, exhaust system, grab rails and radiator cowls. The actual black elements include the engine block and swing arm, gas tank, front fairing, side covers and mudguards. There’s also a new, sexy looking seat upholstered in black and grey to break up the black spread. The balance of color is just perfect. 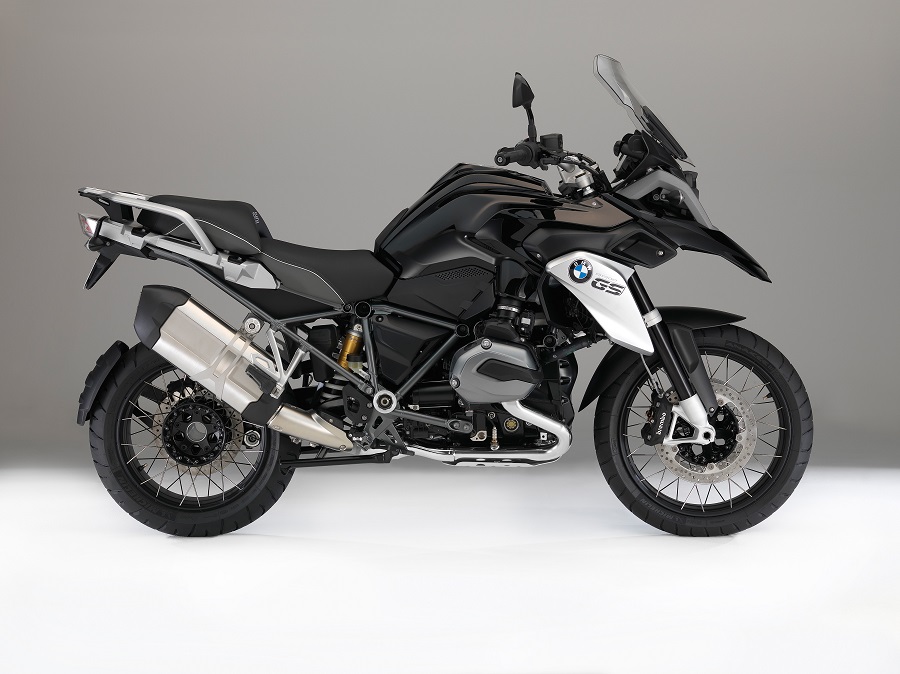 The R1200GS Triple Black also comes with another immensely interesting feature: the wheels. BMW have done away with standard rims for this special little number and opted for some classic looking silver spoked units instead. These are the Adventure wheels but you’ll still find the original cast rims on the basic version of the GS. We’re speculating that the Triple Black will be the model that bridges the gap between the GS base model and the incredibly popular Adventure, but as details are few and far between, with no mention of a guide price either, nothing is set in stone. 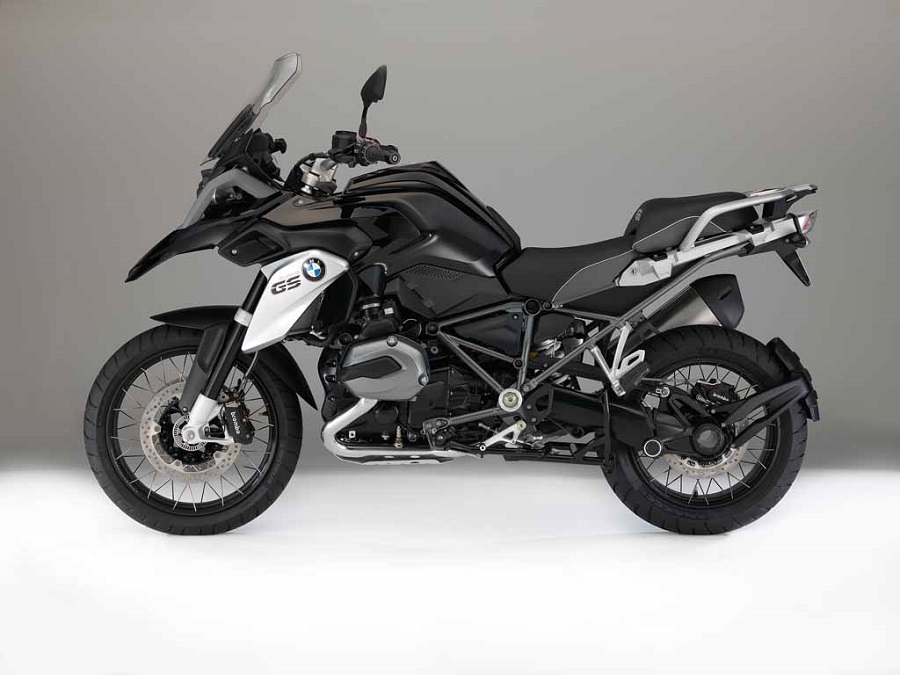 Over the past few years, the public have cried out for a black treatment on the GS and finally, BMW have answered. It’s really good to see a company taking advice from it’s customers but then again, it’s a BMW R1200GS, and they have absolutely no trouble selling them, even in that horrendous yellow arrangement. The new black color will help them shift a few more units, no matter what the price tag is, right?