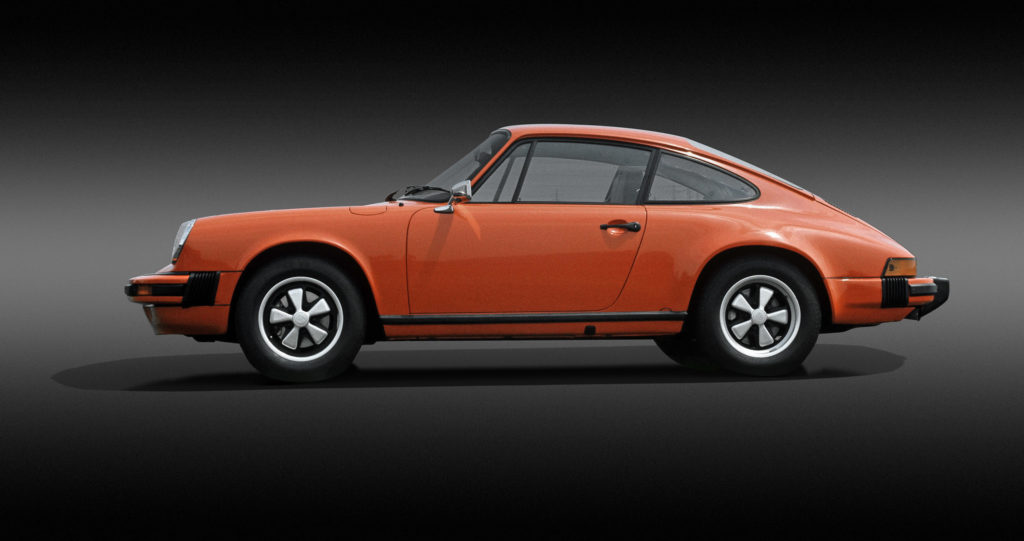 Porsche has long been the brand of choice for driving aficionados, top-tier racers, and automotive junkies alike. And of Porsche’s line-up, there is one icon that stands above the rest. The moment you see a Porsche 911 drive by, you’ll recognize it immediately — no matter the model or generation. In both look and performance, the 911 arguably remains one of the best of the best sports cars in the world, with over a million cars sold. And, thanks to the incomparable Porsche 911, the automotive industry had no choice but to try to keep up with Porsche on the fast track for all these years. Possibly the most significant generation of this icon ever produced is the famed G Series Porsche 911.

Seven Generations Of The Porsche 911

The Porsche 911 legacy began back in 1963, and the legendary 911 sports car is still in production to this day. Along with that, the Porsche 911 holds the title of the most sold sports car in the entire world. With seven generations under its belt, vehicles within the Porsche 911 family are both unmistakable with their iconic look and constantly evolving to new heights in terms of performance.

The Porsche 911 has been used for competitive racing since its early days. The overall legend of this car truly speaks for itself, but that doesn’t mean the different generations aren’t worth talking about. Each generation upholds the top-tier quality of the 911 name while also bringing unique features to the table. Today we’re going to focus on all the things that make the second generation of the Porsche 911 — the G Series Porsche 911 — so special.

The History Of The Famed G Series Porsche 911 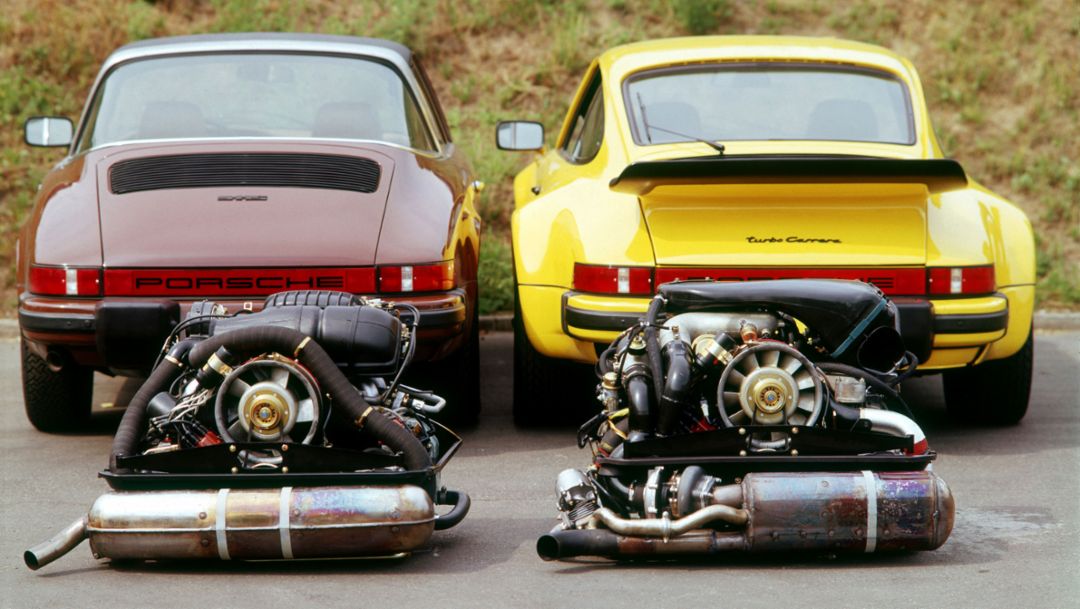 Some of these safety regulations included required three-point seatbelts and front seats with integrated head restraints, especially for sports cars. According to Porsche; “The stricter safety regulations in the USA demanded that all new cars withstand a collision at eight km/h without damage when driving forwards and reversing.” Per this regulation, Porsche introduced new impact bumpers with a rubber lip, a look that became characteristic of the G model.

Why Is The G Series Porsche 911 So Legendary?

After ten-years of production for the first generation 911, it was time for some changes. With that, Porsche wanted to maintain the image they had already curated with the original 911, but build on that iconic look with innovative design and increased performance. The G Series became vital in showing that Porsche could be innovative, relevant, and adaptable to change and competition within the automotive industry.

From 1973 to 1989, numerous second-generation G Series Porsche 911s were produced. Over those sixteen-years, endless innovations and changes were made along the way. Of all the Porsche 911 generations, the G series is the longest-running generation. In total, Porsche produced 198,496 G Series 911 vehicles. While there are many notable models, the top model to emerge from the G Series line-up remains the 911 Turbo 3.3 — also known as the Porsche 930.

In terms of exterior upgrades, the G Series got a new raised bumper design alongside black plastic bellows. In line with the other safety standards leading the changes, the plastic bellows were also put in place to meet U.S. crash test standards. A quick way to tell if the Porsche 911 you’re looking at comes from the G Series generation is to look between the taillights. On a G Series, you should see a red panel with a Porsche logo that is either black or red.

There are numerous significant changes that happened across models as the years progressed for the G Series Porsche 911. Among the most notable was turbocharging the 911, beginning in 1974. This pushed many of the cars up to around 260 hp. Across the many G Series Porsche 911 models, the cars had max horsepower ranges of 150 to 300 hp, 2.7 to 3.3-liter engines, and maximum speeds ranging from 130 to 160 mph.

By 1975, the Porsche 911 was made with a galvanized body on both sides. This tremendously helped prevent corrosion which was always an issue, especially among the older car models. A large part of why Porsche 911s are still widely used and collected is that they were built to last.

If, when you think of the word “Turbo,” you think of Porsche, you can thank the G Series for the Turbo’s beginnings. Later in 1977, the turbo on the Porsche 911 G Series got even more upgrades for a horsepower increase to 300 hp. And the 911 Turbo got a larger 3.3-liter engine with an additional intercooler. All of these incredible ongoing innovations put the G Series Porsche 911 at the top of performance sports cars sold at the time.

Starting in 1982, there were Cabriolet, Coupé, and Targa versions of the G Series Porsche 911 available. 1989 marked the end of the era for the second-generation G Series. But they went out with a bang. In 1989, Porsche produced 2,103 911 Carrera Speedsters — the last car for the G Series.

It goes without saying that the first model from the G Series second generation is extremely notable. To this day, the 1973 Carrera RS is one of the most sought-after Porsche 911 models. One sold for $534,179 on May 25, 2019 at RM Sotheby’s Villa Erba auction in Italy.

Before the initial release of the G Series in 1973, the Porsche 911 Carrera RS 2.7 Touring Version was revealed at the 1972 Paris Auto Show. Notably, Porsche was securing their place in FIA Group 4 racing with this model. In terms of comparison to the prior 2.7, this 2.7 RS had wider flares, larger brakes, a more powerful engine, and a unique rear spoiler. Along with that, it had a 5-speed manual transmission, a 0 to 60 mph time of 5.6-seconds, and a top speed of 152 mph.

The Porsche 911 Carrera RS 2.7 Lightweight Version goes by many names. It is also known as the Sports version or the M471 option. If you are jumping to conclusions that the name implies this RS 2.7 was the lightweight version of the Touring, you are correct. Overall, the Lightweight trimmed off 165 pounds thanks to being fitted with lightweight body panels and lightweight glass. Otherwise, this model was virtually identical to the Touring.

While this model was a prototype and not mass-produced or sold, these four cars are iconic because of their legacy —the subsequent Turbo models. Ironically, when this prototype was revealed at the 1973 Paris Motor Show, it did not even include the soon-to-be-coveted turbocharged engine — it had a fake wooden engine installed. Later on, it was fitted with an RSR 3.0-liter engine. Notably, one of the four prototypes sold at RM | Sotheby’s “The Porsche 70th Annual Auction” for $1,325,000.

Following the prototype came the real deal — the 1974 Porsche 911 Turbo 3.0 Coupé, commonly known as the Porsche 930. Production for the Porsche 930 continued until the end of the G Series in 1989. The original 1974 model had a 260 hp, 3-liter turbocharged engine. Before this model, many of the benefits of the turbocharged engine’s performance were only available in the top race cars. With this model, the many luxury features, such as charge pressure control, became available to the public. By the end of 1975, Porsche produced 400 models in order to gain approval for the model to race in Group 4.

The 1976 Porsche 934 was specifically built for Group 4 GT racing. A small number of models were produced and sold to privateer teams in 1976. The car’s engine was capable of producing 485 hp at 7,000 rpm. In addition, it had a 4-speed manual transaxle and a rear independent transmission. And, of course, it had an air-cooled, 3.0-liter turbocharged engine that became the staple for Porsche’s racing cars.

You may be asking yourself, “What does ‘Cabriolet’ mean?” Well, it is the fancy Porsche way of saying convertible. And the 1983 Porsche 911 Cabriolet is an absolute beaut. Porsche had not released a convertible since the 1960s Porsche 356. The shift in the Porsche 911 models to include a convertible option revealed Porsche’s adaptability and desire to reach a wider group of drivers.

With a convertible, the car was not intended for the race track. Instead, the car was meant for cruising winding roads on a leisurely day. That being said, it held true to its Porsche roots — the car was still built for speed with 172 hp and a 0 to 60 mph time of just 6.4-seconds. It had a top speed of 136 mph and came with a 5-speed manual transmission. Notably, this car was dreamed up by Peter W. Schultz, the chairman of the board of Porsche at the time.

Other Notable Models From The G Series Porsche 911 Generation:


Women In Trade Legacy Continued: 2020 Jessi Combs Foundation...
15 of the Coolest and Weirdest Vintage Pickup Truck Resto Mo...
10 Unlikely Joint-Venture Vehicles
Forgotten Classic Chevy Cars And Trucks That Probably Deserv...
What is The Future of Car Shows This Year and Into The Futur...
6 Unlikely Countries That Make a Lot of Cars