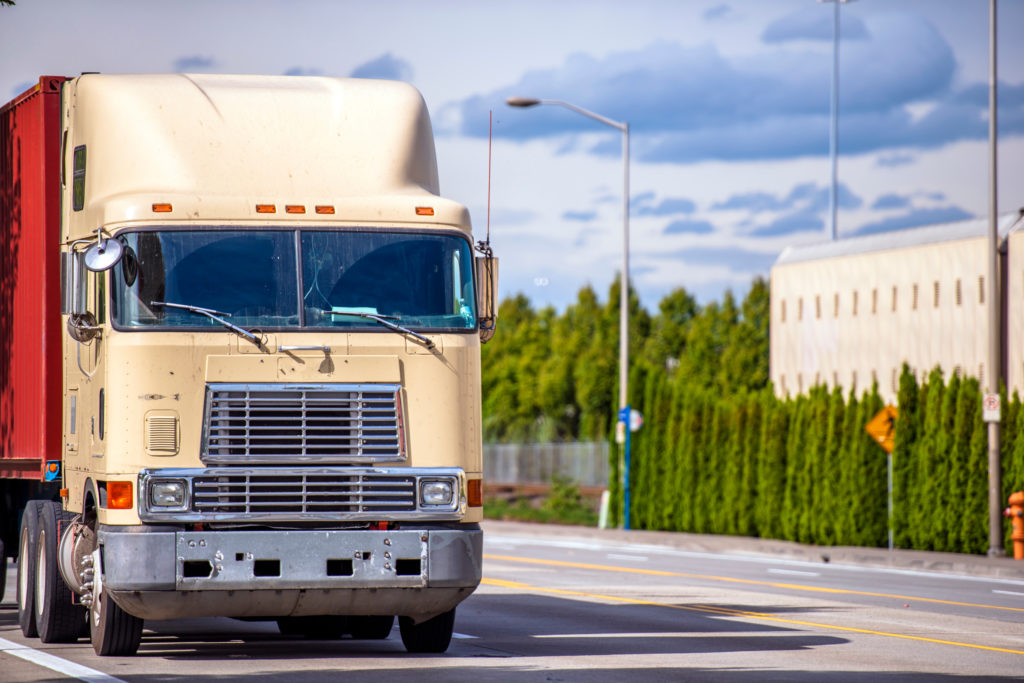 COE, or Cabin Over Engine, is a common colloquial designation for trucks with such architecture. Some time ago — especially in the ’70s — American roads were flooded with COE trucks. Every major manufacturer produced them, though the best-known units usually came with the Freightliner, Mack, or GMC plaque.

Nowadays, we don’t see many COE trucks on the roads. Almost all of them have been replaced with the classic truck design. Only a handful of special-purpose COE trucks, like some fire engines and dump trucks, remain on the roads. But why did this style of truck disappear? 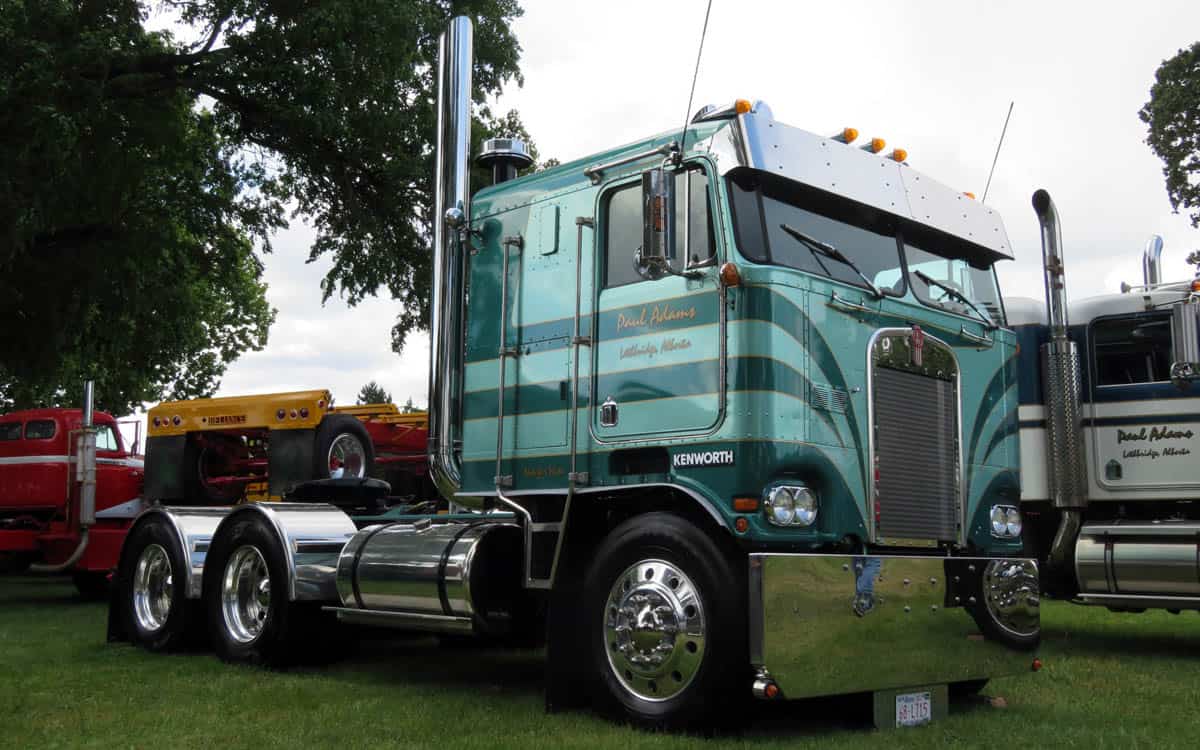 COE trucks emerged as the preferred solution on the East Coast even before World War II, when regulations limited the maximum length of the truck with a trailer. Manufacturers had to find a way to use every cubic inch of cargo capacity, and shortening the cab was the preferred solution. Truck cabins became smaller, cutting down on driver comfort while saving space for cargo.

Everything changed in 1982 when new regulations limited the length of the trailer to 53 feet and no longer included the cab in the length restrictions. Obviously, truck manufacturers rushed to make the cabs more comfortable and engines more powerful for a more appealing package. COE truck design simply was not optimal anymore.

This marked the dawn of the new age for the American trucking industry. However, COE trucks are still used in countries that have strict length regulations. Regulations aside, COE trucks have many disadvantages that also hastened their retirement from American roads. 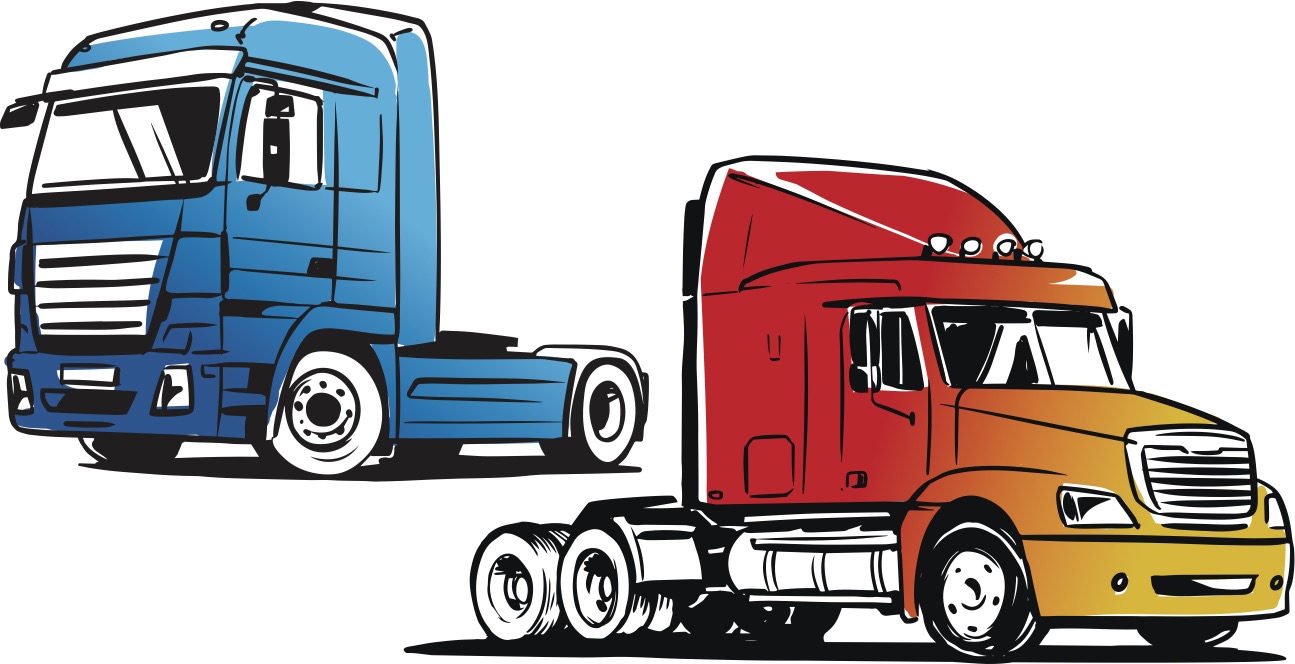 One of the biggest disadvantages of COE trucks was the limited space in the cabin. As a result of the small cabin, the driver was really close to the windshield, the sleeper bunk was rather cramped, and the driver’s personal cargo space wasn’t plentiful.

Don’t think for a second that this is nitpicking. Truck drivers cover incredible mileage per year and are sometimes on the road for days. Having a comfortable cabin is one of the most important features of any modern semi-truck.

The problem became evident in the ’60s and ’70s with the development of the national highway system. Trucks started to cover extreme distances rather fast. With that, the necessity for cabin comfort became more important than ever.

Modern “conventionally” designed trucks have an exceptionally well-crafted cabin accommodating one or two sleeper bunks and, depending on the version, sometimes offer accessories like a microwave, TV, fridge, and more — all things that couldn’t feasibly fit in a COE truck. 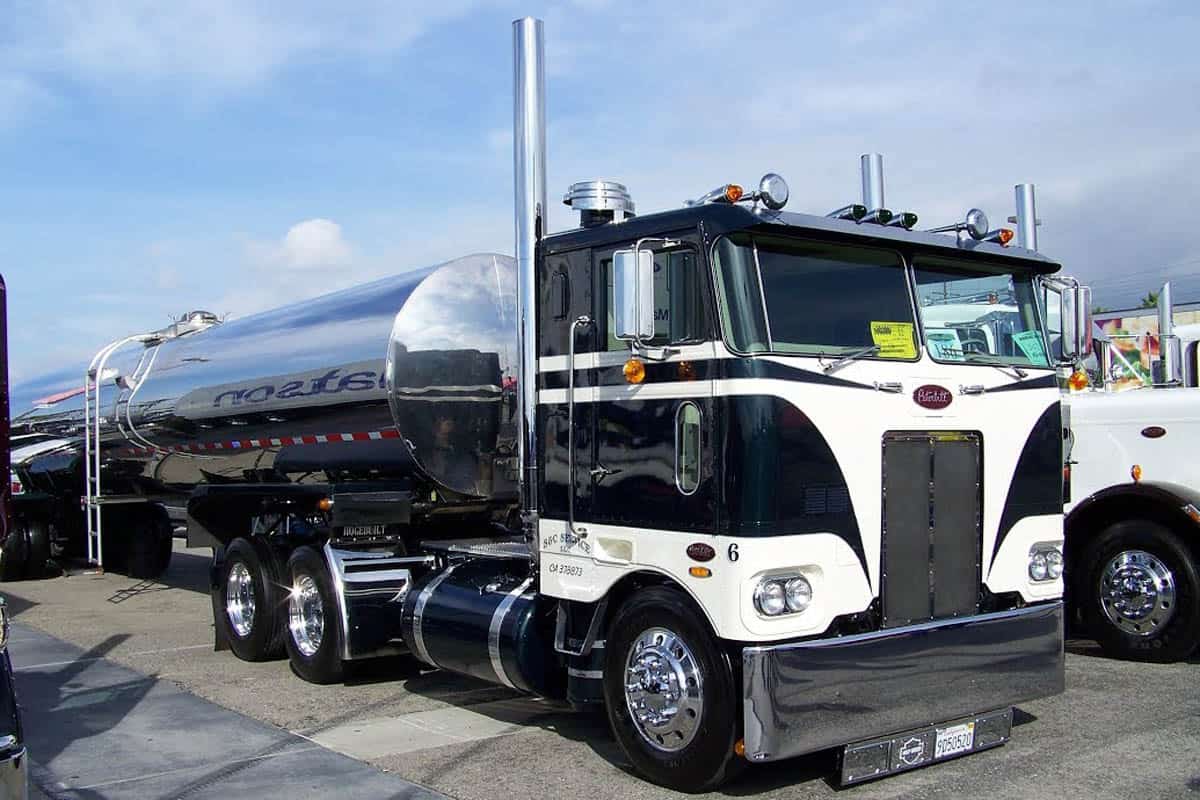 While comfort was one of the main issues for COE trucks, noise was high on the list, too. As the engine was basically located right under the driver, manufacturers did not find it easy to isolate the cabin from the noise of the massive petrol or diesel engines.

Imagine how excruciating it would be to drive thousands of miles with all the engine sounds, rattles, and vibrations constantly bombarding you in the driver’s seat.

Based on numerous testimonials from drivers of the old COE trucks, it seems that, back then, the driver was considered second or third place on the “importance chart” for manufacturers. Jim Park of truckinginfo.com wrote this:

Having gone from that 1969 Freightliner to a 2016 Cascadia, I can say unequivocally, drivers have it better today than when I started. I maintain my fondness for the Mack R-Model, the International Transtar and the Pete 359, but if faced with weeks on end in any of the trucks listed above, I’d be mighty happy to be handed the keys to anything built in the last few years over what I drove during the first 20 years of my time in trucking.

Obviously he wasn’t just referring to COE trucks, but you get the picture.

Modern COE trucks have evolved over time and now, thanks to improved technology, actually do have rather pleasantly equipped cabins that are better isolated from the engine and the road. But simply by virtue of their design, the noise can only be reduced so much when you’re sitting over the engine. 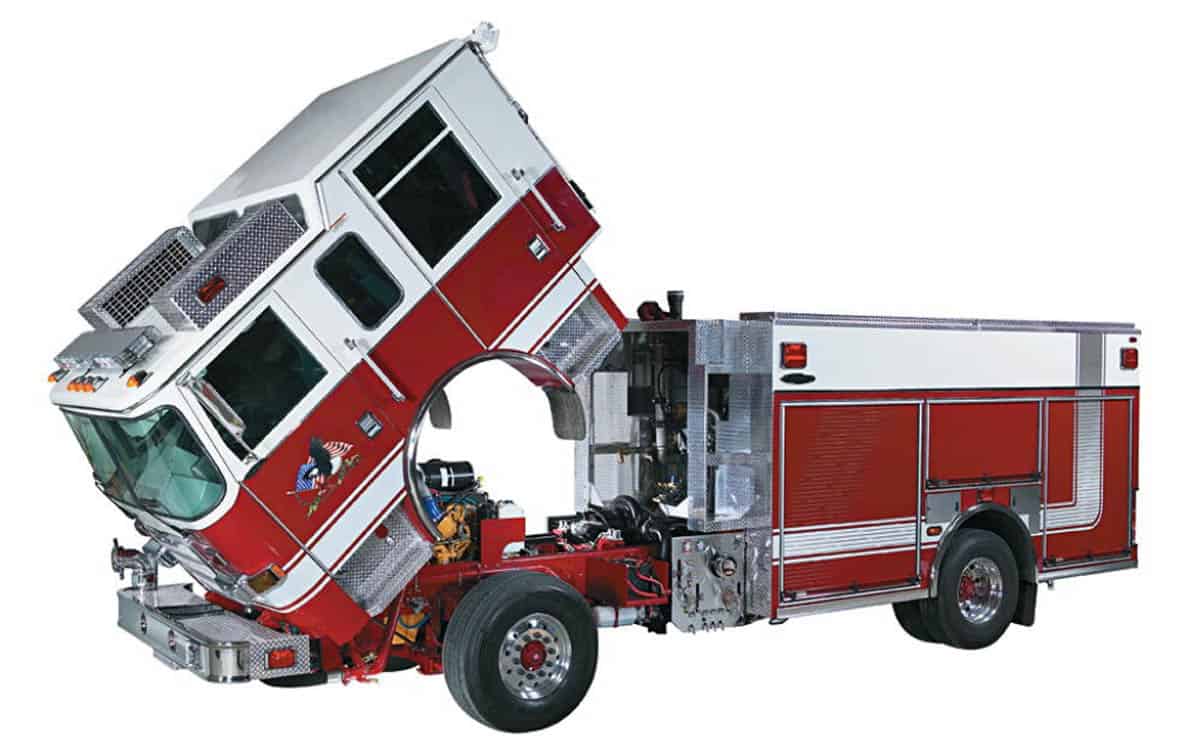 Another disadvantage of COE trucks was the hassle associated with maintenance and repair of the engine. Conventionally built trucks have their engines in a separate engine compartment at the front of the truck giving mechanics easy access to the engine and all of the crucial systems.

COE trucks, on the other hand, require tilting the entire cabin to reach the engine. So, before accessing the engine, the driver has to fasten and secure all loose items in the cab, making the process rather time-consuming and arduous. Plus, getting in the cabin is far more challenging than in conventional trucks. 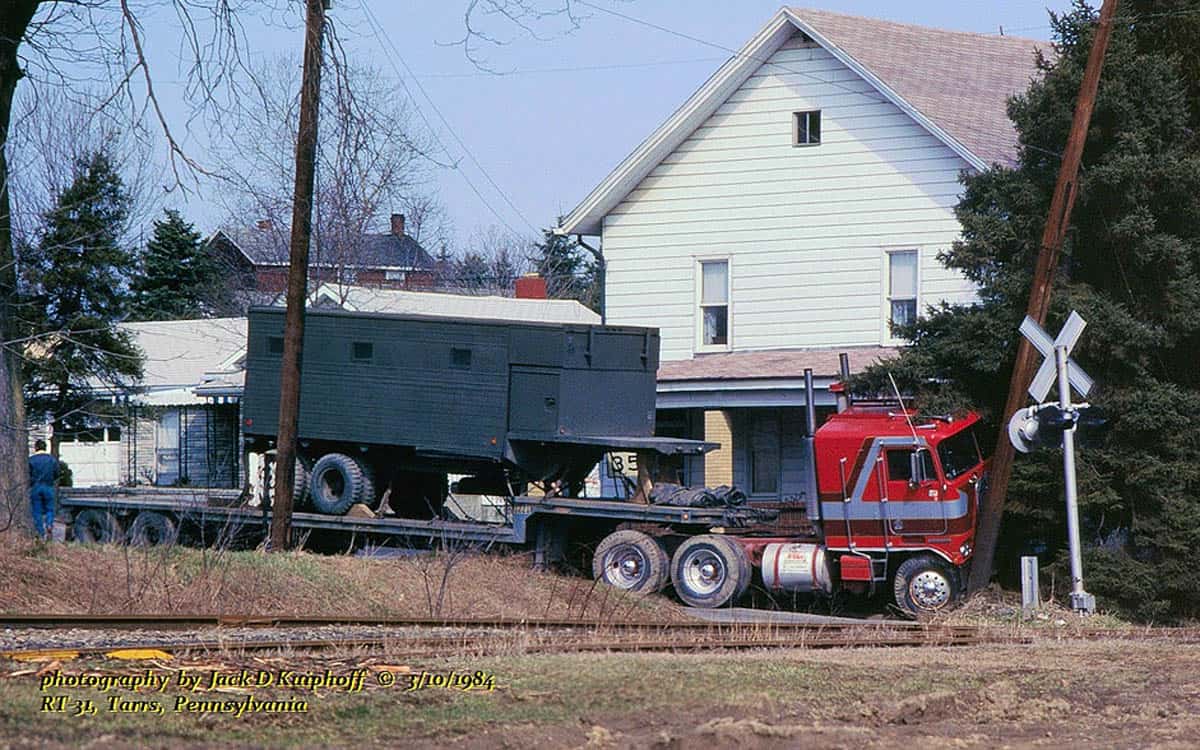 Back in the ’60s, ’70s, and ’80s, trucks (or cars), simply did not have all of the advanced safety systems as today. No sensors, no radars, no 3D scanning cameras, no ABS, no stability programs, no hill descent control or anything remotely similar to it.

So, while the best trucks of today (COE or conventional) do have superior safety, the COE trucks of before didn’t. In fact, there was a running gag among the drivers of COE trucks:

“Who is the first person at the scene of the accident?”

In a traditional COE truck design, the driver was basically two feet behind the windshield. Any head-on collision could prove fatal as there was no engine block to protect the driver and no other “real estate” to absorb the impact. 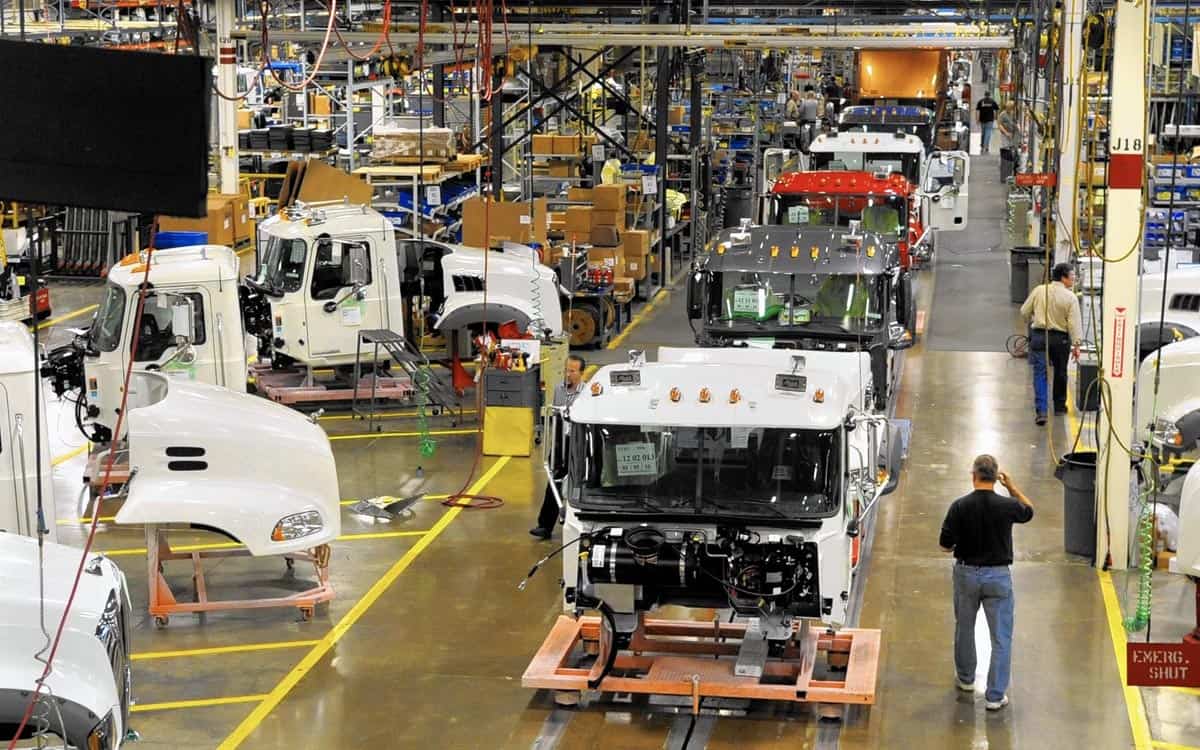 Tackling engineering challenges usually raises the investment a company has to make to develop a truck — and all this happened before the truck can even hit the assembly line. As the regular truck design isn’t as cramped, engineers have fewer problems placing all the mechanical necessities. 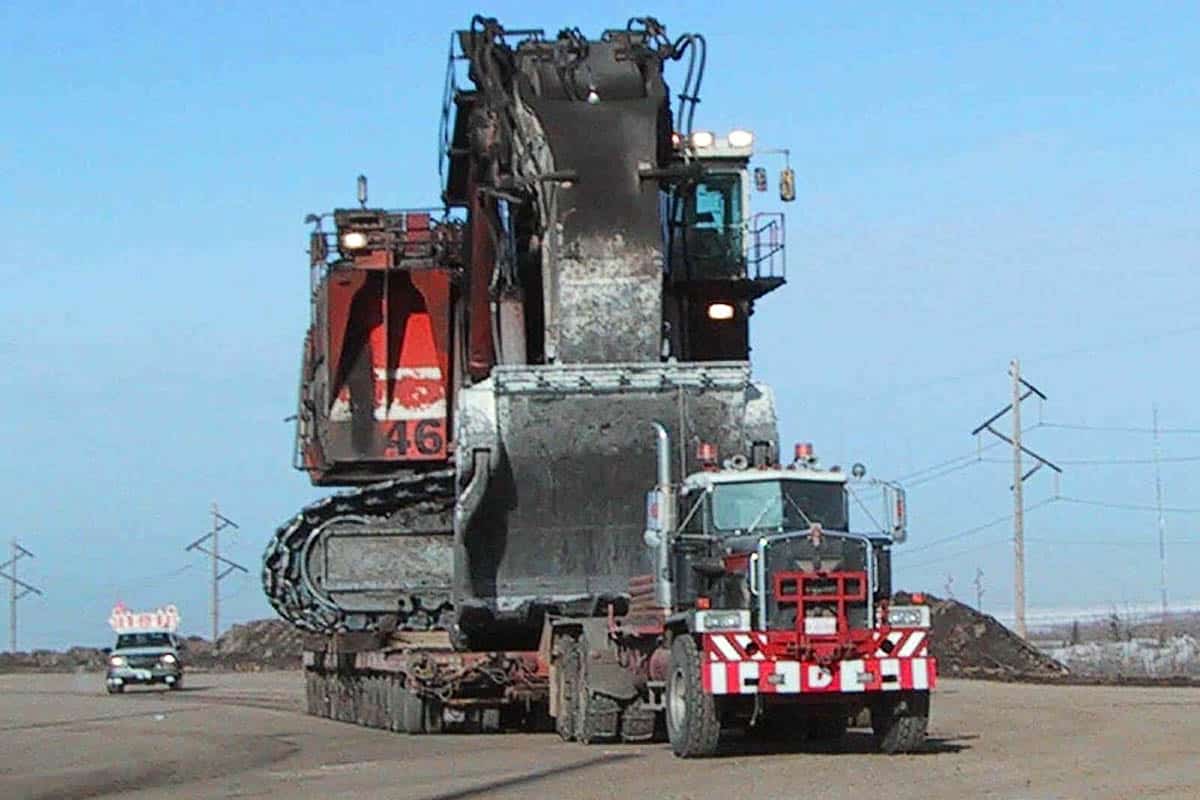 Increased hauling capacity is definitely one of the most important features of the conventional truck style. More powerful engines usually mean that the rig is able to haul bigger loads.

Nevertheless, another factor plays a crucial role: physics. Conventional trucks have a longer wheelbase and while this affects the maneuverability and their turning radius (rather dramatically), it also enables engineering a truck that can safely haul bigger loads. Thanks to the longer wheelbase, the truck is more stable on the highway and can distribute the mass more effectively. 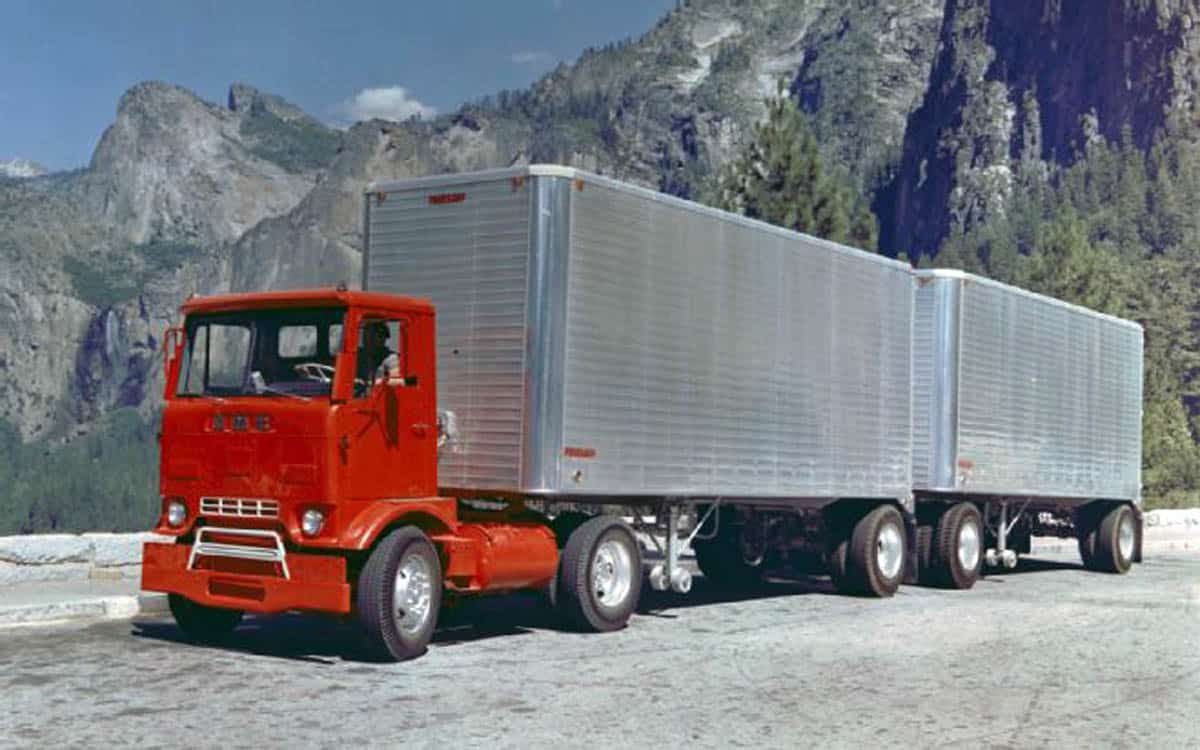 Stability is a key factor here, especially under heavy loads. Plus, a longer wheelbase offers greater comfort for the driver as the captain’s chair placement is moved from on top of the front axle to in between the axles. Now, some drivers may argue that COE trucks do offer superior visibility, but it seems that that is not enough to convince drivers or fleet owners to invest in them.

Apart from highway stability, a long wheelbase conventional truck with rugged architecture is better suited for rough terrain. When considering construction usage, a sturdier truck is always the best option.

What does COE mean in trucks?

COE stands for “cabin over engine” and refers to a truck cab design where the driver’s seat (and rest of the cabin) is stacked over the engine. While this design allowed manufacturers to effectively meet length restrictions, it was not very comfortable or safe for drivers. The style of trucks are also referred to as cabovers.

Are COE trucks illegal in the U.S.?

COE trucks are not illegal, they are just no longer popular.

Why did COE trucks disappear?

Once max length restrictions were changed in the U.S., the conventional style semi-truck became the more popular, safe, and practical option for American truck drivers. COE trucks eventually disappeared from American roads due to this decreased demand.

Yes, several manufacturers still make COE trucks though their primary customer base is not in the U.S.