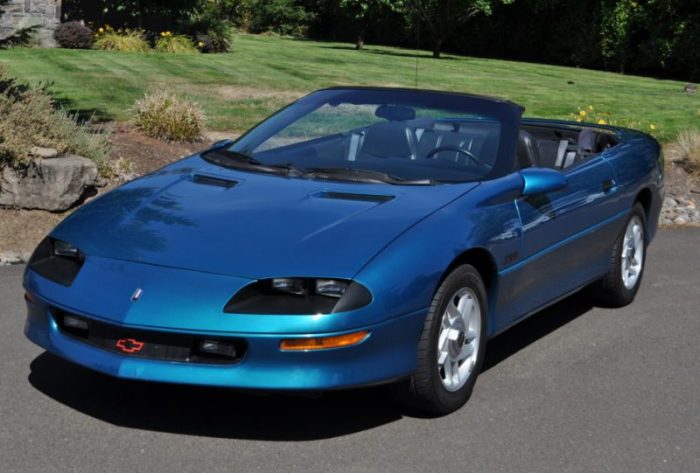 The Porsche 911 has become the epitome of fun, performance and class over the years. Whenever there’s a discussion about sports cars, 911’s name simply can’t be omitted. It is simply as close as it gets to the definition of 2-door performance cars. However, the Porsche 911 isn’t exactly cheap to begin with and maintenance costs are as high as with any other German luxury-badged car. That’s the main reason 911’s aren’t all that omnipresent on the roads. Most of their competitors are more affordable to begin with, and there are more and more newer sports cars that can outperform the older 911. At least on paper.

This is why we’ve decided to bring you no less than eight alternatives to the Stuttgart icon. All of them are more affordable and equally or more powerful. At least as far as sheer numbers go. Don’t forget, however, that 911 is a 911. It’s arguably the best sports car ever devised for a good reason. No matter the alternative – cheaper or more expensive, underpowered or more powerful – you’ll be hard-pressed to find a car that’s more fun to drive, more reliable and better balanced than the 911.

Older, air-cooled 911’s (993 and 964 series) are rather expensive. Consider yourself lucky if you find one under $30,000. The same goes for classic Porsche 911 which still hasn’t depreciated. To the contrary, its prices are on the rise. That’s why we’ll have to go with one of water-cooled 1998-2004 996 series Porsche’s as our reference. They deliver 316 horsepower in their naturally aspirated 3.6L  form and 296 horsepower for 1999 model year when 3.4L flat-six was at the rear. Although you can find used 996 series Porsche 911 for less than $10,000, that’s a deal that only comes once in a blue moon. More realistic price range is between $10,000 and $20,000. So, let’s split the difference and say fine specimens cost $15,000 on average (although they can be much more expensive as well). Let’s now see which alternatives can match or even beat that.

Looking For Cars Similar To Porsche 911?

Te “New Edge” modular Ford SVT Mustang Cobra was among the first Ford pre-millennium models to be caught up by the new design language. Apart from featuring the “New Edge” design, people will also remember it for its impeccable performance. Not so much for its overall quality and reliability. In any case, millennium Mustang SVT Cobras were motivated by the 320-horsepower 4.6L modular V8 engine. That puts them just above the Porsche 911 in terms of total power output. Price-wise, however, SVT Cobras are certainly less demanding. You can find fine specimens for as little as $7,000, but 10 grand will get you a better preserved example. And they’re still much more affordable (and less costly to maintain) than the 996 series Porsche 911. Our recommendation would be the 2001 model, or better yet 2003-2004 supercharged Terminator SVT Cobra for around $15,000. 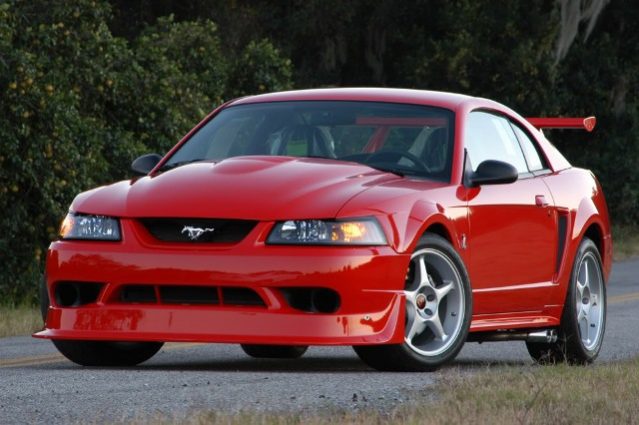 As of 1990, beautiful fourth generation ‘Vette with pop-up headlights finally started delivering in the performance department again. 5.7L LT5 V8 was pushing up to 375 horsepower until ’92 and 405 horses between ’93 and ’95. Moreover LT1 version of the small-block was able to make 300 hp flat between ’92 and ’96. Finally, available only for the 1996 model year, there was the 330-horsepower LT4 small-block tied to the manual transmission. Most of these Chevrolet Corvettes can be considered Porsche 911’s equals in terms of performance, while some of them vastly outperform the German. All of them, however, are more affordable than the water-cooled 911. You can get your hands on one quality specimen for just around $5,000. What’s even better, you’ll easily find one around pretty much any corner. 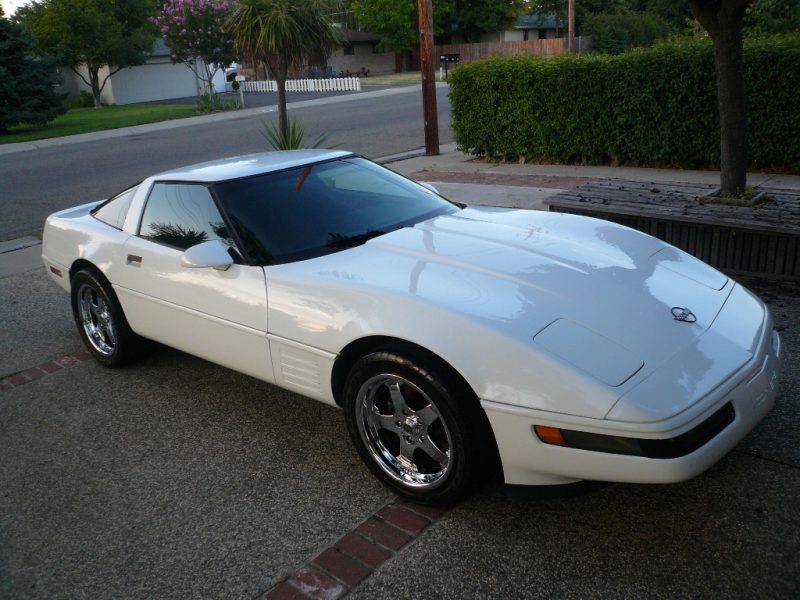 Although it continued well into 2000 in Japan, the North American market 300ZX was a distant memory by then. Axed in 1996, Nissan‘s third Z car (fourth generation counting the R31 300ZX) was available with either normally aspirated or twin-turbo VG30DETT V6. Of course, only turbo R32 Nissan 300ZX is comparable to the Porsche 911, so that’s exactly where we’ll look. By adding Garrett turbochargers and dual intercoolers to the aforementioned iconic V6 mill, Japanese managed to squeeze 300 horses out of the sports car’s setup. Just 16 ponies shy of our 996 series water-cooled Porsche 911. Contrary to Porsche, however, well-preserved, used 300ZX Turbo can be yours for around $10,000. 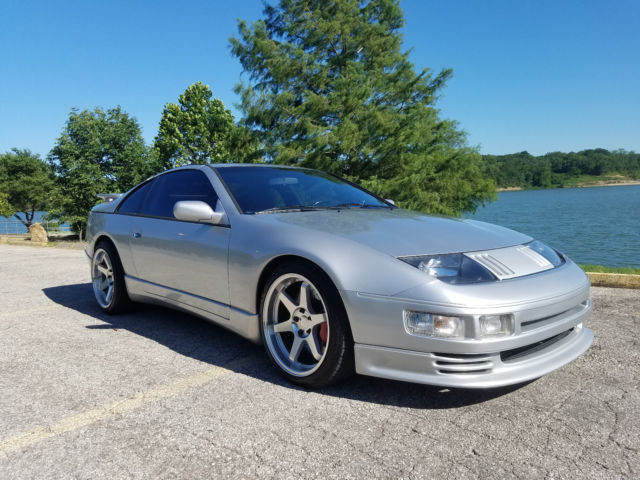 Maybe it wasn’t devised as such, but the Mitsubishi Lancer Evo (RIP) instantly became a high-end tuner’s car. Let’s face it – you’ll be hard-pressed to find one in original condition. Most of them already deliver way more than official 276 hp of Evo VIII or 287 hp of Evo IX. Even that, however, is comparable to Porsche 911’s slightly north of 300 ponies. Prices are comparable as well. Used Mitsubishi Lancer Evo VIII and IX will rarely cost you less than $15,000 which is just how much you’ll need for a Porsche. However, they’re at least 5 years younger than the German counterpart, and that gives them additional points. Although these two sports cars are miles apart in terms of most characteristics, it’s still a tough choice for any buyer looking for great handling performance car. 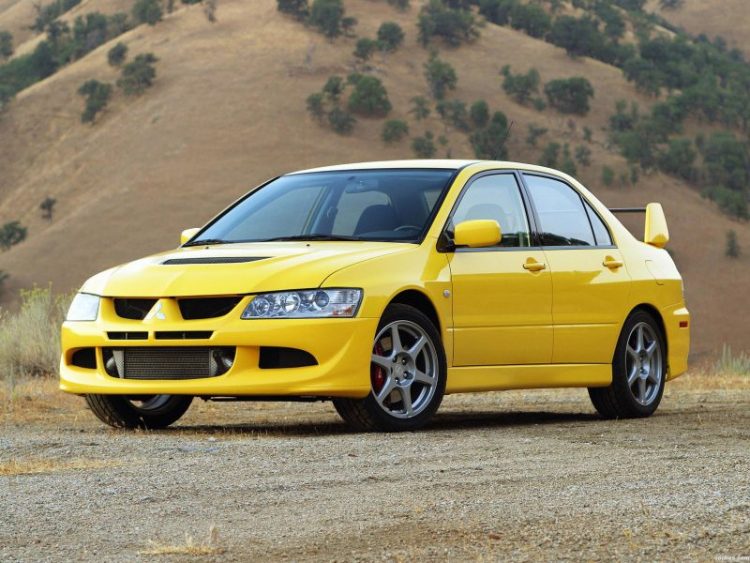 The F-body, fourth generation Camaro is probably your cheapest way into the 300+ horsepower club. If you find a Z28 Camaro fitted with one of three available V8’s, that is. Older models were fitted with 275-horsepower LT1 V8 which rose to 285 horses in ’96. 1997 Anniversary models packed 330 ponies thanks to the LT4 version of the 350ci small-block, but there were only 108 of them in total which makes them rare, and rare means expensive. Finally, late fourth generation Camaros were offered with the LS1 engine making 305 horses at first and 310 ponies at the end of the line. They’re available for anything between $3,000 and $10,000 depending on how well preserved they are. Even the 2002 Camaro SS with 325 horsepower doesn’t cost more than our Porsche 911. At least not usually, that is. 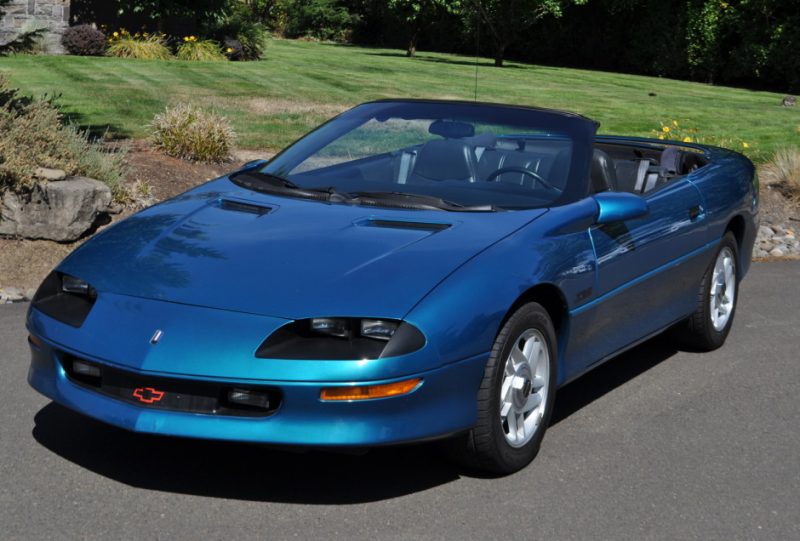 Mitsubishi GTO in Japan or GT3000 across the globe is still considered one of the best Mitsubishis ever produced. Especially the high-end performance VR-4 version. Stuffed with 3.0L DOHC twin-turbo V6 under its hood, Mitsuiest of the Mitsus started off with 296 horsepower which would later become 320 ponies after the 1993 model year. Very few sports cars have what the GT3000 VR-4 has – especially considering its “relatively low” price. Good examples often cost more than $20,000, but you should be able to find sub $15,000 and even sub $10,000 examples with a little bit of luck. If all else fails, there’s also Chrysler’s captive import – Dodge Stealth R/T. It’s basically the same car (albeit sub par in terms of quality) that was sold between 1991 and 1996, and usually goes for less than $10,000 these days. 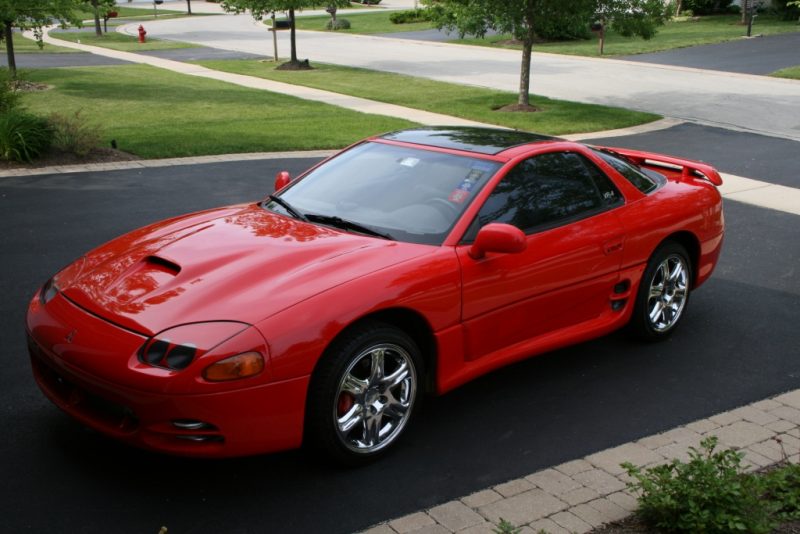 Although it doesn’t quite look like it, the Subaru Impreza WRX STi does deliver 300 horsepower. Of course, they’re simply called the WRX STi’s these days, but that doesn’t fool a true World Rally Championship enthusiast. Second generation WRX’s horizontally opposed Boxer engine was more or less the same as in any other WRX STi iteration. 2.5L turbo four, coupled with manual gearbox, mandatory all-wheel drive and premium Japanese mechanics allowed the car to be one of the best straight line/cornering combo sports cars out there. And you should easily be able to get them for $10k to $15k these days. Even the early third generation models aren’t much more expensive than that, but they don’t look as sharp as the second gen models either. 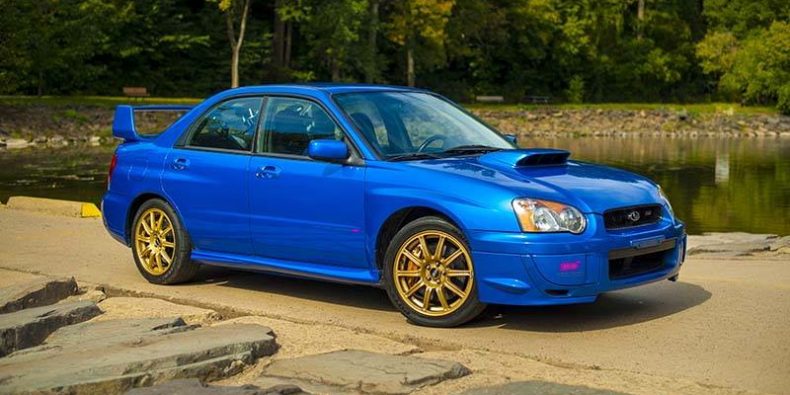 Nissan 350Z maybe isn’t as attractive or as good of a performer as its predecessor the 300ZX, but it still packed at least 287 horsepower. 3.5L V6 mill which motivates it was revised in 2005 in order to make room for additional 13 ponies for a total of 300 horsepower flat. Finally, post 2007 year models were offered with entirely new V6 engine, albeit of the same displacement. That unit generated 306 horses. Some questioned its bulkiness, others questioned its handling, but 350Z was still among the most powerful affordable sports cars of its day. These days, it goes for as little as $4,000, but really good examples cost upward to $15,000. Still a better deal than the 996 series Porsche 911, though. And cheaper one to maintain as well. 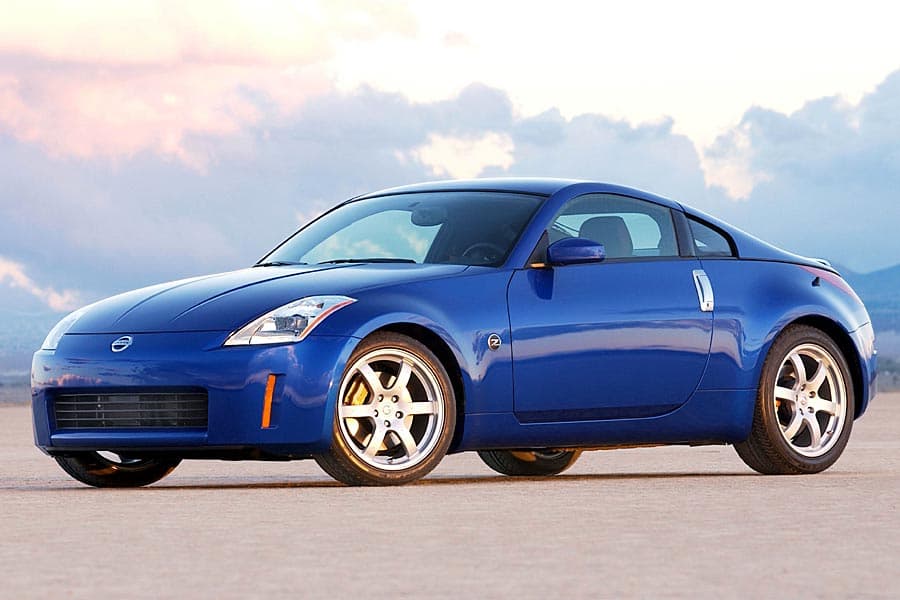 
20 Interesting and Random Facts About Cars
5 Stunning Neo-Classic Cars
10 Ugliest Cars Ever Built
10 Best Pickups Not Available in the U.S.
7 Facts About the Ford Emblem: A Complete History Since 1903
Race Fans Work at the Track, But Never See a Race in Person