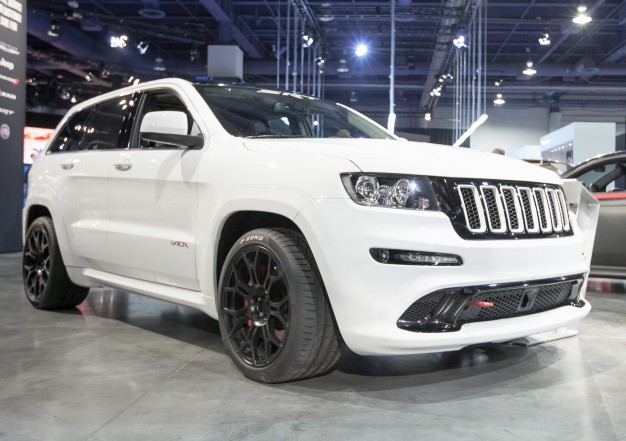 Almost a decade ago, Chrysler joined the automobile world and is catching up fast with General Motors (GM) as the biggest brand. Creating a partnership with Fiat in 2011, they now refer to themselves as Fiat Chrysler Automobiles. Currently, they have connections with Alfa Romeo, Maserati, Ferrari and Lancia. Throughout its almost one century long past, Chrysler has teamed up with other impressive names including Dodge, Jeep, Eagle, SRT, De Sota, Fargo, Plymouth, Ram and Valiant to name a few. Mopar is the easy to remember term used when talking about Chrysler’s extensive list of partners, so if it’s a Jeep, a Dodge or Ferrari, at the end of the day it’s still a Mopar.

Despite their competition – Ford and GM – not being big risk takers, Chrysler thrives on this. It is as a result of their clever risk taking strategy that we have the mega powerful 707hp Dodge Hellcat for example. Thanks to them, we have an exciting car history that has helped shape the amazing automobiles of today. The modern SRT vehicles that we all admire, the 1990s Viper, the 1950s futuristic style cars and the 1930’s aerodynamics are some major examples of Chrysler’s chance taking victories.

The current Mopars on the market are the fastest to date and no doubt the next range will be even faster, so to make out the top ten list more exciting, we look back over Chrysler’s lifespan, selecting the most memorable cars of its time. 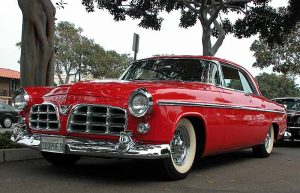 The Chrysler will always be regarded as one of the first sports cars in the USA. Back in its day, it really looked the part on the outside and took the lead in the NASCAR racing competitions. It included a 331 cubic inch V8 engine, delivering 300hp and top speeds of 127mph. In the 1950’s this was a truly exceptional car. The following model in 1956 amazed with its potential, reaching 140mph with its 354 cubic inch engine. This car will always be an absolute legend!

Dodge and Hurst only ever produced eighty Dodge Dart LO23 models and America fell in love with them. Despite not being spoken about today as often as their competitors such as the Ford Thunderbolt, or the Corvette ZL-1, this car was incredible. Hurst produced the Darts LO23 in 1986 and quickly underwent a revamp. A V8 engine was fitted and many parts were either removed or recreated using different materials in an effort to reduce the weight and therefore increase speed. Their efforts paid off, with the modified version reaching 535hp. To emphasize the seed of the Dodge Dart LO23, the quarter mile run was achieved in 9.0 seconds. 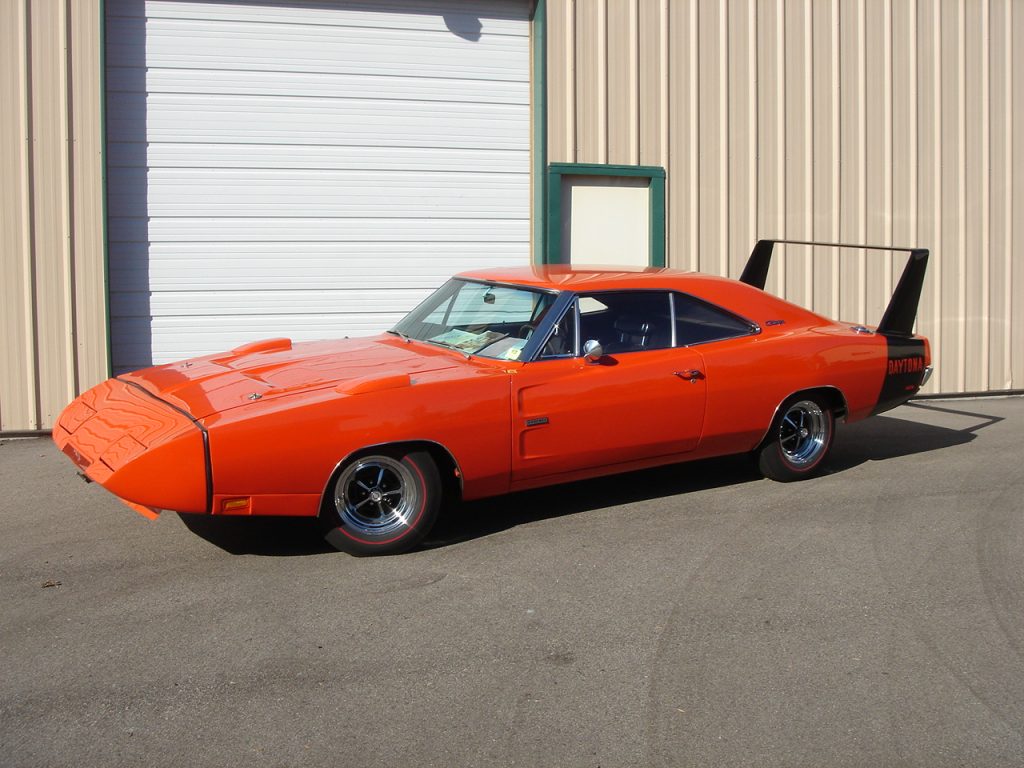 Fetching up to six-figures today, the 1969 Dodge Chargers Daytona are epic vehicles that took the lead on the racetrack many times. They had the ability to reach up to 200mph, using a 440 cubic inch V8 engine. The awesome aerodynamics and the stunning spoiler ensured this car was an absolute top performer. The excessive length of 19ft wasn’t practical for the public however, so these cars became difficult to sell. That counts for nothing today though as they are considered extremely collectable and have a mass of people desperate to get their hands on one. 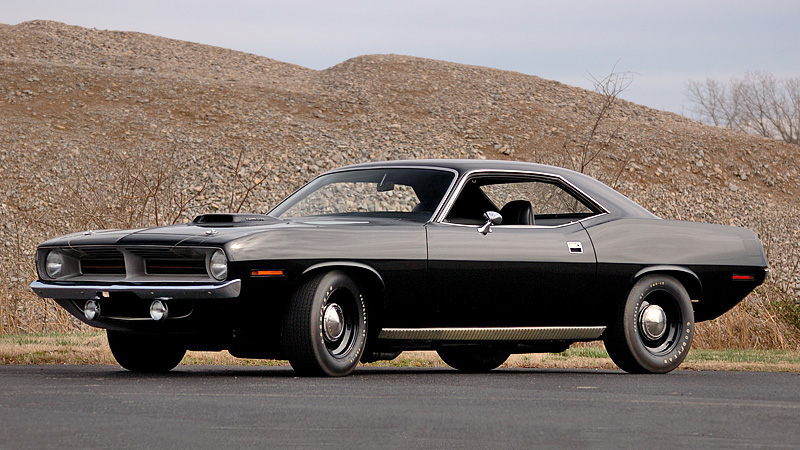 The newly designed 1970 Plymouth Hemi ‘Cuba instantly made a name for itself as one of the top performing cars of its time. With the 426 cubic inch Hemi V8 engine, this vehicle boasted 425hp and a torque of 490 lb.-ft. Completing 0.25 miles in just 14.0 seconds and going from 0-60mph in less than 6.0 seconds, this car was unbelievable. Sales for the 1986 Plymouth Hemi ‘Cuba were not great as it had an unrealistic price attached to it. This high price extends into today as well, with some selling for over $1 million. 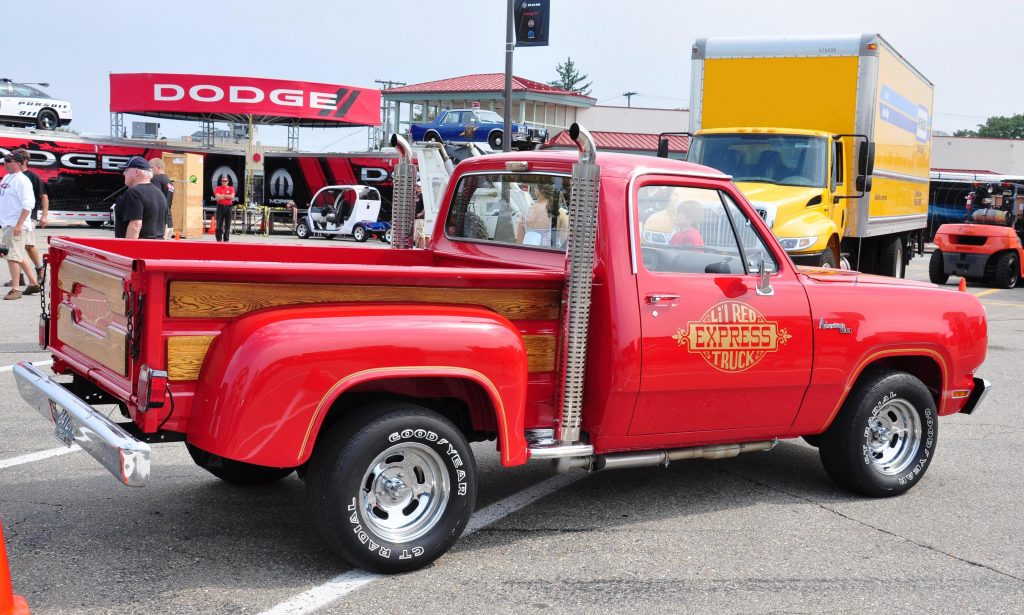 Economic and environmental issues of the 1970’s challenged the survival of the muscle car. Gas price hikes, insurance premiums rising, and a whole load of new laws and regulations were now being applied to cars. Cleverly, Chrysler took advantage of a loophole which prevented trucks from being penalized the way cars were. So, in 1978 the world said hello to the 1978 Dodge ‘Lil Red Express. This truck will always be remembered for reaching 0 to 100 mph quicker than the Ferrari 308, the Porsche 928 and the Porsche 911. 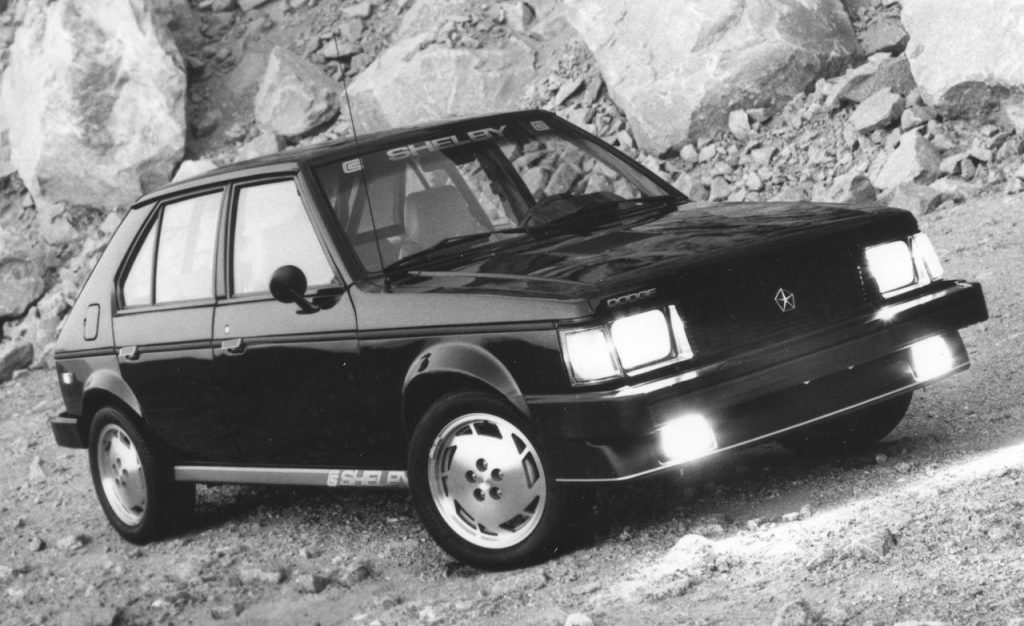 Thankfully recovering from financial difficulty after the production of the K-Car and Dodge Caravan, Dodge teamed up with Carroll Shelby and together they created the Shelby Omni GLHS. At thirty years old, this car has never been forgotten. It has been rumored that Shelby came up with the ‘GLHS’ letters in the car’s name to be an abbreviation of ‘Goes Like Hell S’more.” And it certainly lived up to its name sake thanks to its 2.2 liter turbocharged engine, delivering 175 hp and 175 lb.-ft. of torque. This car had unbelievable traction and was quicker in the quarter mile run than many famous competitors such as Mustang, Corvette and Camaro. 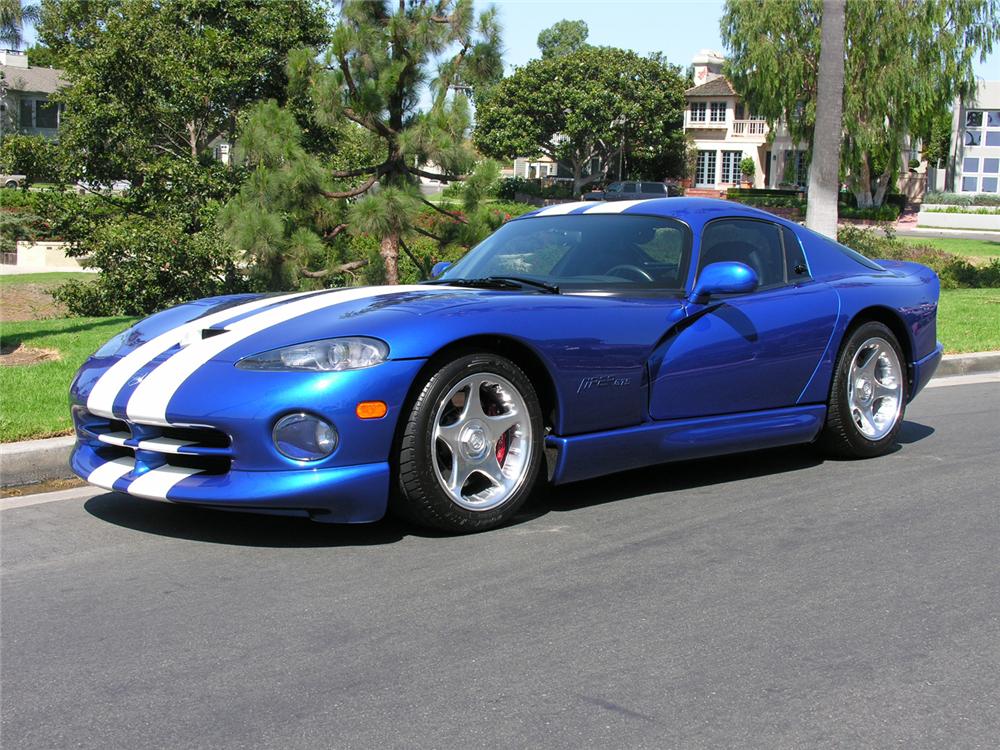 The hefty 8.0 liter, V10 engine and beautiful bodywork made the Dodge Viper GTS the launch of a lifetime. This supercar had no traction control, no roof, no brake anti-lock system and no airbags. In the 1990’s this was the iconic car that everyone dreamed of owning. It cruised the quarter mile run in 12.0 seconds and went from 0-60 in as little as 4.0 seconds. The top speed of this machine was 187mph and it boasted 450hp and a torque of 490 lb.-ft. 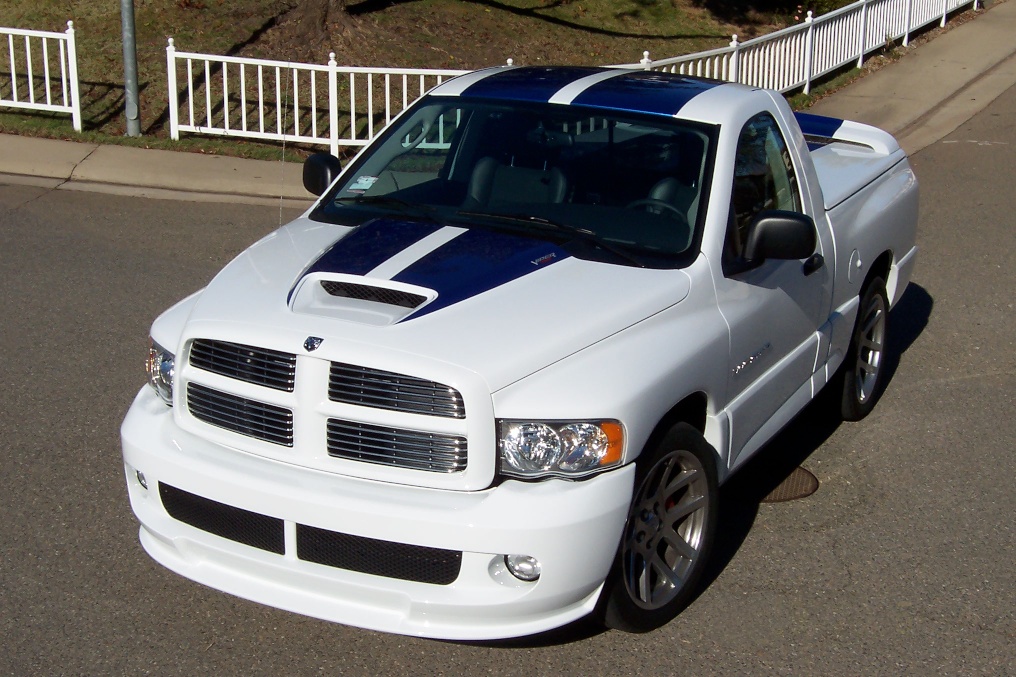 Squeezing the mega V10 engine – that previously belonged to the Chrysler trucks and then the Dodge Viper – the Dodge Ram SRT-10 was pure power. It had a top speed of 150mph, reaching 0-60 in under 5.0 seconds. Coming with a transmission with six gears, it delivered 500 hp and proudly had a 525 lb.-ft. torque. Even today, this 2004-2006 Dodge Ram SRT-10 remains one of the fastest trucks of its kind.

Leading the way in the production of muscle cars, hatchbacks, trucks and supercars what were Chrysler to do now?

Well, they had already dominated the NASCAR racing competitions, so the next thing on their list was to make a spectacularly speedy Jeep – the Grand Jeep Cherokee SRT. They certainly took the world by a storm with this creation, helped by the inclusion of the mighty 6.2 liter Hemi V8 engine. This SUV took only 4.6 seconds to go from 0-60mph which is very fast considering its 5,300lb build. The 2011 Grand Cherokee SRT came with 475hp which is pretty impressive too. Fiat Chrysler Automobiles has hinted on the new upgraded Hellcat-powered model which is said to sport a 707hp. We can’t wait for its release! 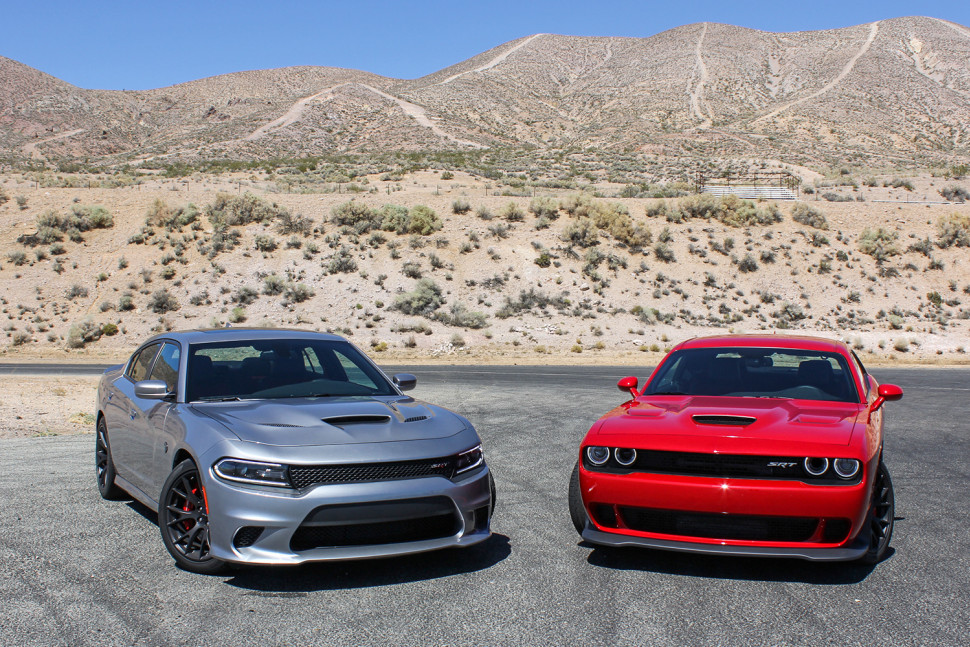 The Dodge Hellcats will always be worthy of a place on this list. This supercar was released in 2015 and its 6.2 liter Hemi V8 engine allows it to achieve 0-60 in just 3 seconds. Unbelievable! Despite the affordability of this car, it has all the features of a six-figure supercar. The quarter mile takes only 10.8 seconds and it reaches a mind-blowing top speed of 200mph. The Dodge Charger is officially known as the fastest sedan in the world. In production for roughly a year, the Dodge Challenger costs $62,000 and the Dodge Charger comes at $65,000. It’s no surprise that the waiting list for ownership is showing no sign of reducing.