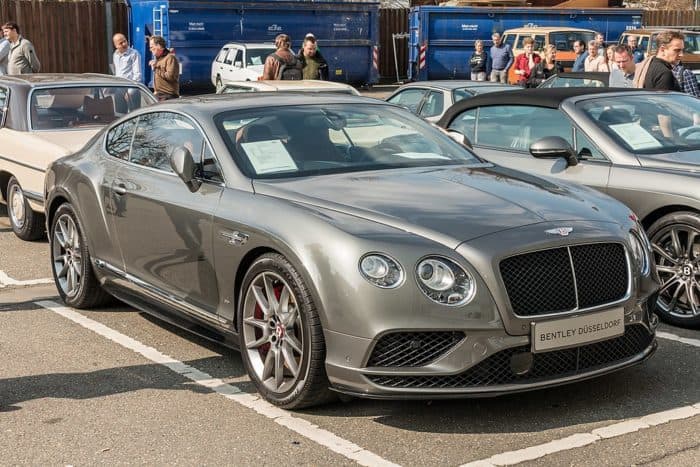 In the 1950s, the UK was the world’s second-largest manufacturer of cars, and its largest exporter. Today, it ranks a lowly fourteenth (below the likes of Thailand). And even automakers widely regarded as being quintessentially ‘British’ – including Jaguar, Land Rover, Rolls-Royce, Bentley, MINI, Lotus, and Aston Martin – are in fact now all foreign-owned. So, what ever happened to the powerhouse British automotive industry?

We talked to veteran British motoring journalist Dan Harrison, Head of Editorial for heycar.co.uk, to find out.

History of the British Car Industry

“This is a long and incredibly complex story that starts in the late 1960s with a series of ill-fated mergers and ends with MG Rover – the UK’s last volume car manufacturer – collapsing in 2003,” said Harrison. “It was a series of factors. Although the industry could have survived one or more of these, it couldn’t survive them all.”

With Japanese and mainland European industry still recovering from the devastation of World War II, British automakers stepped up to meet post-war demand for new vehicles in America and Australia. By 1950, the UK was building more than half of the world’s exported vehicles. 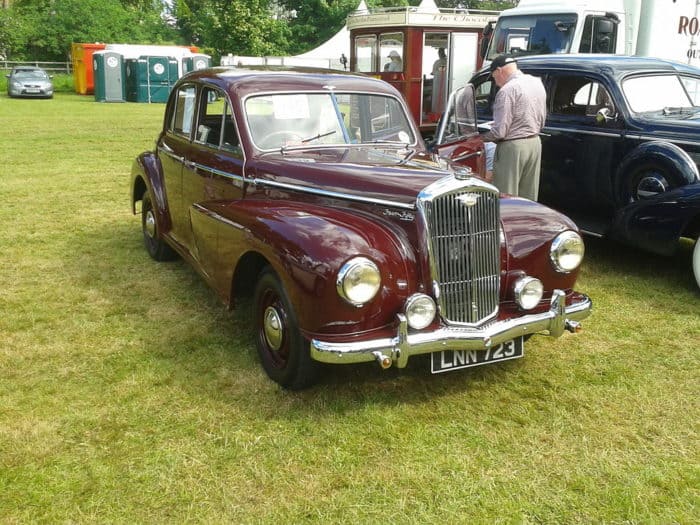 “It was at its peak in the late 1950s and early 1960s, when British cars looked good, drove well and were coveted across the world,” Harrison explained. “The industry employed 250,000 people … and produced in excess of two million cars per year.”

But by the mid-’50s, American production had caught up with domestic demand, and European car factories were recovering. With its labor-intensive production methods and wide model ranges, the British auto industry had higher unit costs than those of its global competitors. In 1956, German car production overtook that of the UK. 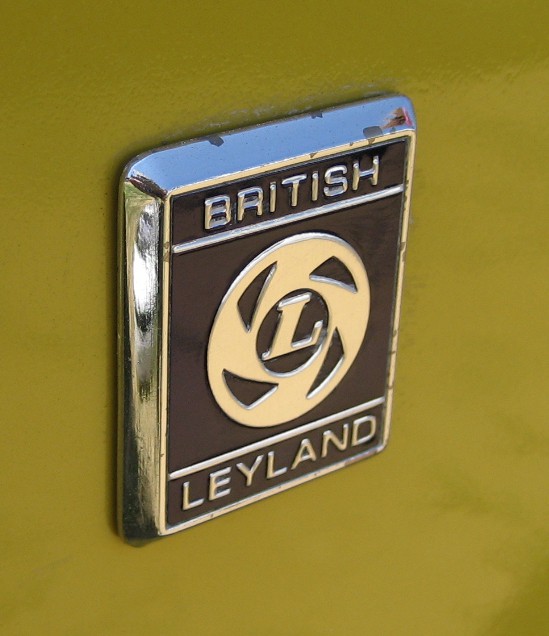 “It set in train a series of events that would mean out of 15 or so famous car names … only Jaguar and Land Rover would exist by 2020,” said Harrison. “The new, enlarged, group had too many brands and that meant that the weaker ones – like Riley – were phased out and other brands like Wolseley ended up being little more than Austin and Morris models with a different badge.”

Such lack of product development was, as Harrison put it, a cancer that tore through all of BL’s brands in the 1970s. 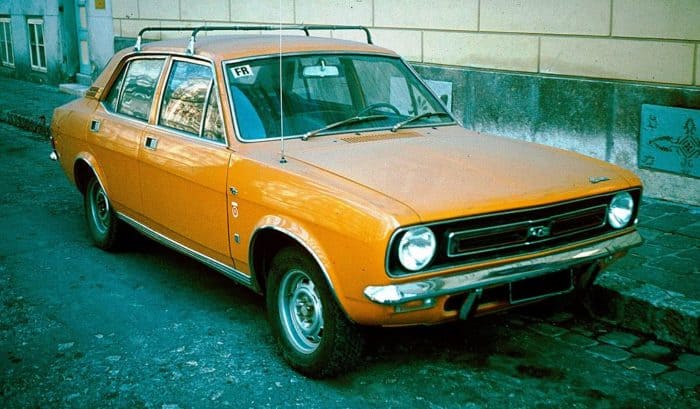 “At the time every other car sold in the UK was made by BL. There was a feeling that the British public would buy anything, as long as it was British,” he continued. “The Japanese with their well-priced, well built, and reliable models were waiting in the wings. And, attractive and practical European hatchbacks, in the shape of the Renault 5 and Volkswagen Golf, were a hit with buyers.”

British Leyland was slow to react to the newfound popularity of front-wheel drive hatchbacks. It could only counter with made-over incarnations of dated models like the Mini and Morris Minor. Or new but dull offerings, such as the Austin Princess and Morris Marina. Strained industrial relations resulted in long strikes that hit both production numbers and quality. Facing bankruptcy, BL was nationalized by Prime Minister Harold Wilson in 1975. But matters didn’t improve, as Wilson himself soon discovered.

“There is a story that … Wilson was brought a brand new Rover in the late 1970s. He wound down the window and the glass fell into his lap,” Harrison recalled. “If that was the standard of the car being delivered to the Prime Minister, imagine what those for ordinary buyers were like.” 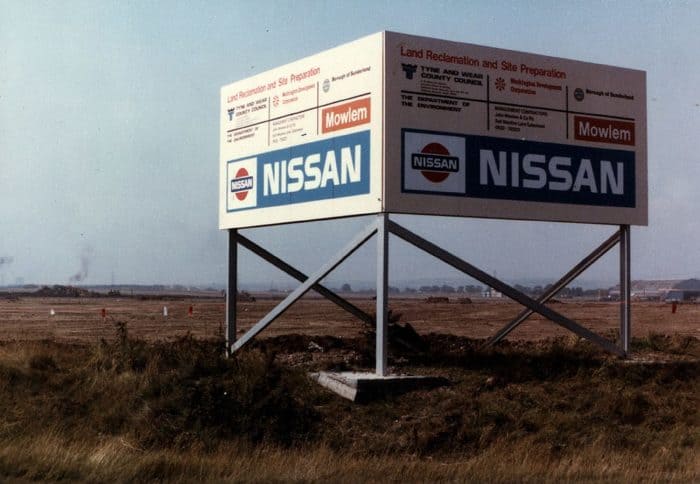 The 1980s was a New Era for the British Car Industry

After Margaret Thatcher became Britain’s Prime Minister in 1979, BL factories started closing and its brands (including Morris) began disappearing. Foreign carmakers continued to eat into the British market during the 1980s and, in a sign of things to come, Japanese company Nissan opened a factory near Sunderland, in the northeast of England, in 1986. 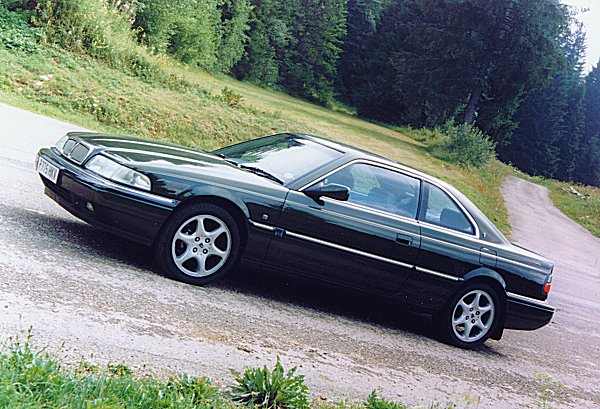 Eventually, BL was privatized and a successful partnership between what was now called Rover Group (consisting of Rover and Land Rover) and Japanese automaker Honda began. With well-received Rover models such as the 200, 400, and premium 800, it looked like the company had turned a corner.

“But Rover’s owner at that time – aerospace and defense giant British Aerospace – had other ideas,” said Harrison. “They were keen to offload the car manufacturing side of the business and found an eager buyer in BMW, which wanted to diversify its range of cars. Honda was – unceremoniously – brushed to one side.” 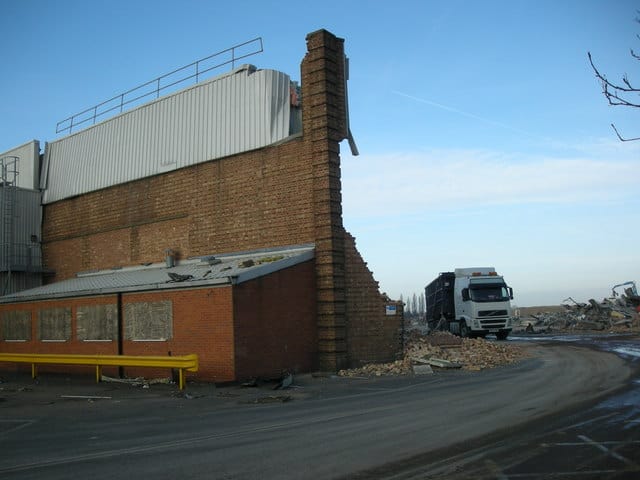 The End of British-Owned Volume Automaking

The BMW takeover meant that, for the first time in 112 years, the UK no longer had a British-owned volume automaker. But the German company had underestimated the investment required to renew Rover’s product lines, revamp its factories, and address engine reliability issues. After just six years, it sold the firm for a nominal ₤10 (about $12.50 at today’s exchange rate). 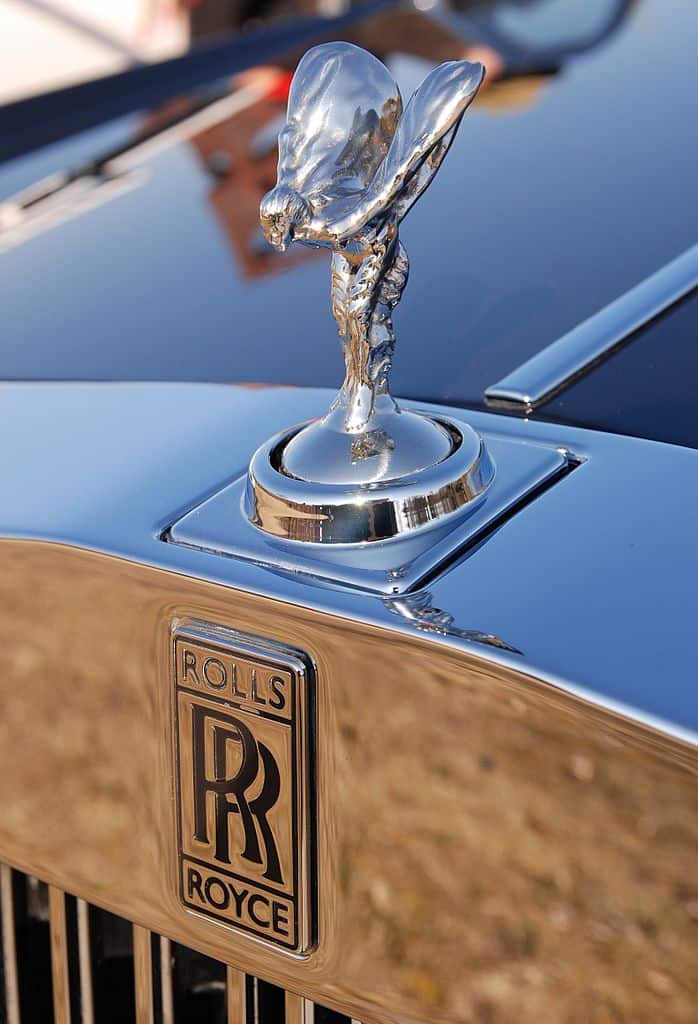 But British carmakers continued to fall under overseas ownership. America’s Ford acquired Aston Martin in 1987, Jaguar in 1989, and Land Rover in 2000. Rights to the legendary Rolls-Royce name were sold to BMW in 1998.

By the turn of the New Millennium, even foreign automakers were disinvesting in Britain. With Ford ending 90 years of passenger car assembly in the UK in 2002, and the closure of GM’s Vauxhall plant in Luton in 2003. Jaguar’s factory in Coventry was shuttered the following year, and Peugeot closed its Ryton plant in 2006. 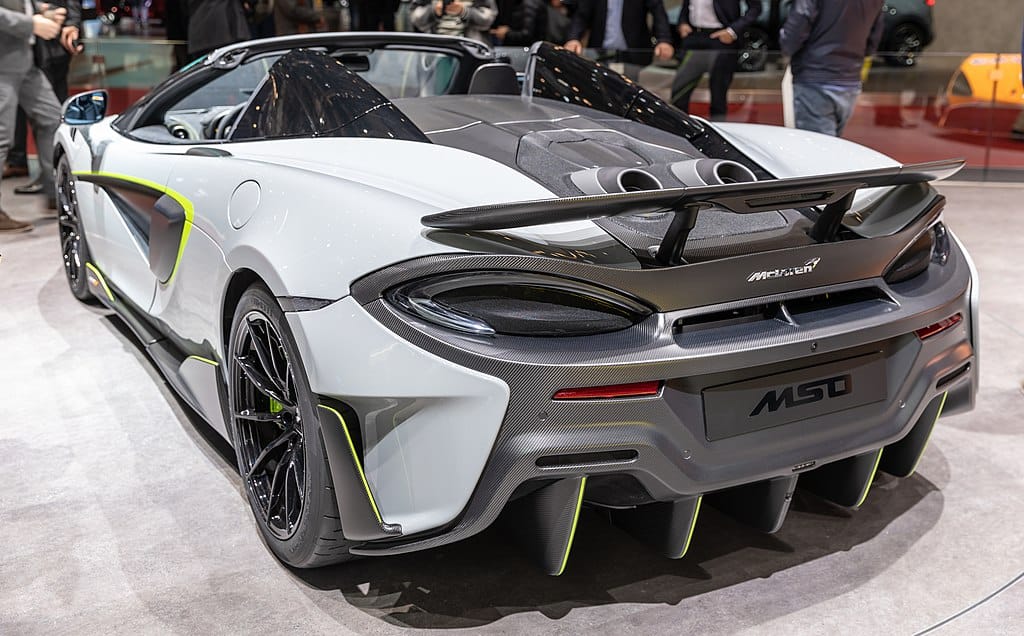 But the 21st-century UK auto industry hasn’t been all doom and gloom. High-end British marques such as Lotus, Aston Martin, Jaguar, and McLaren (which remains Brit-owned) continue to enjoy global reputations of excellence. And, the UK is still a major automaker, producing nearly 1.3 million passenger cars in 2019. It just enjoys a much smaller slice of a now much larger global car market than it once did. 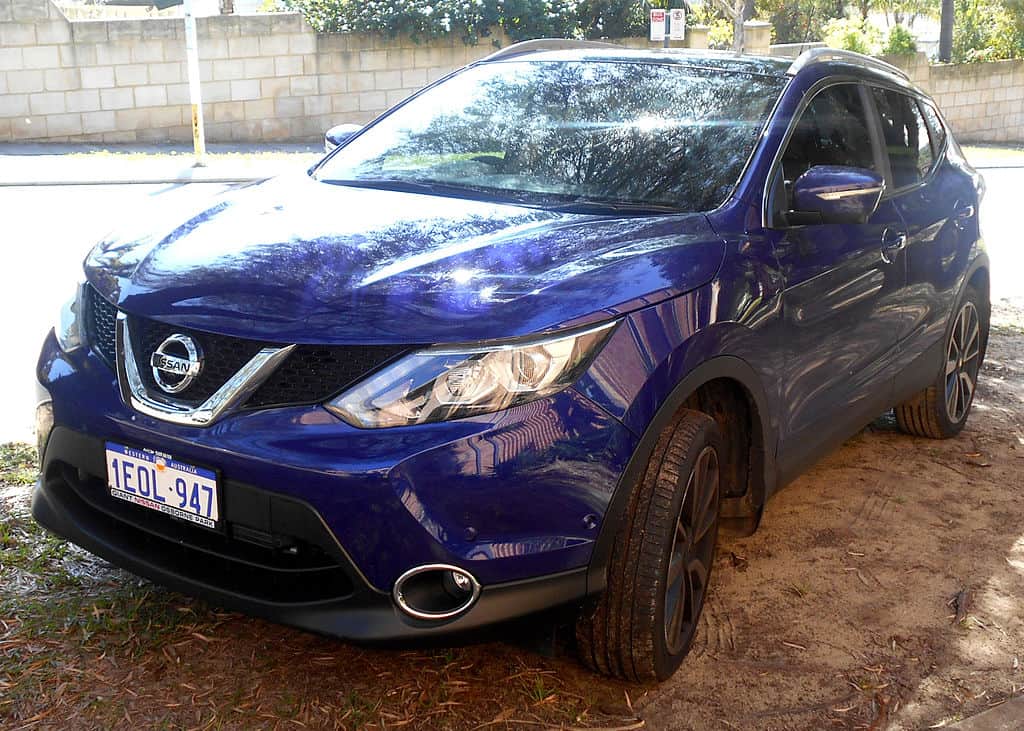 “The UK isn’t producing as many cars as it was in the heady days of the 1960s, but it is producing a huge amount of cars,” Harrison explained. “Some of the world’s best-selling cars built here [in Britain], including the Honda Civic, Toyota Corolla and Nissan Qashqai.” 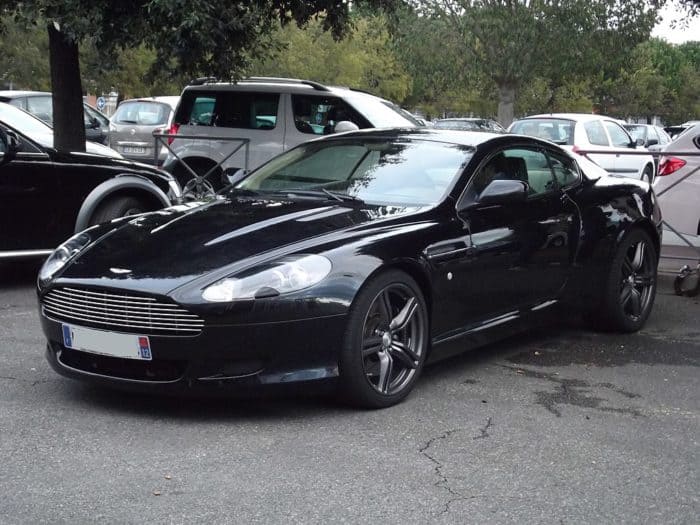 As Harrison explained, there are now effectively two very different British car industries coexisting. One specializes in expensive, and even one-off, cars for very wealthy clients. The other being volume-manufactures vehicles principally for Japanese companies like Toyota, Honda and Nissan.

“Nissan’s huge factory in Sunderland …not only exports across the globe, but it’s one of the few that sends cars back to Nissan’s home market in Japan – a real vote of confidence in the site,” Harrison noted. “This factory alone is responsible for more than half of all UK car production, and it produces more cars than all of Italy’s factories combined.” 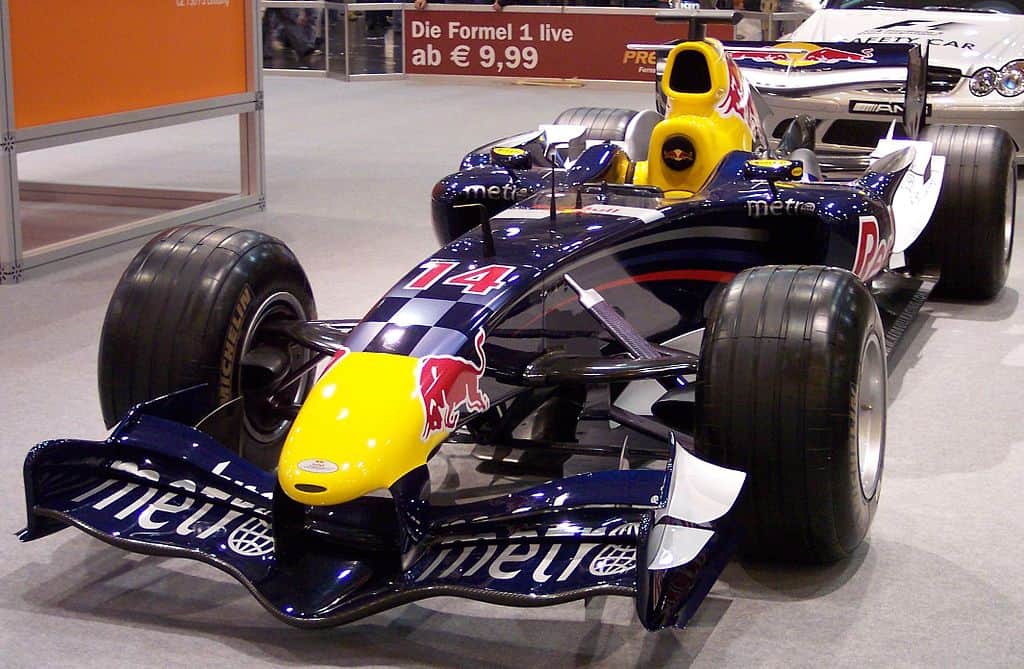 The UK remains revered for the bespoke craftsmanship and technical prowess of its automotive sector. As evidenced by seven of the leading Formula 1 racing teams being headquartered there. But, what happens next for the British car industry may depend more upon politics than on anything the country’s designers, engineers, and auto workers can achieve.

What will the future hold for the British automotive industry? Will it be reduced to only bespoke cars for racing and the wealthy?