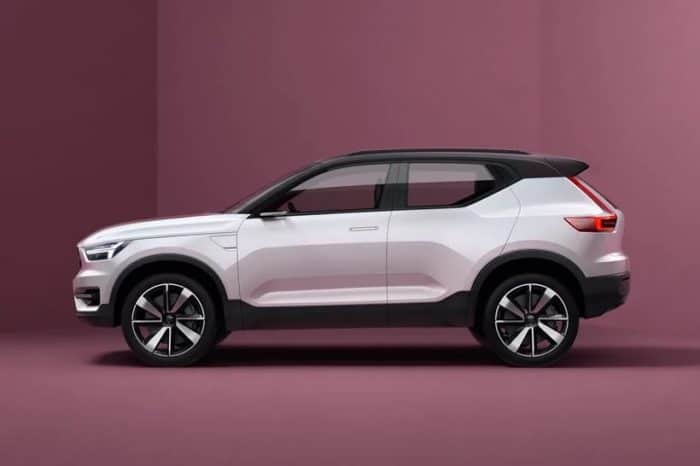 Volvo has been moving from strength to strength in recent years, consistently reporting a steady increase in sales figures and surpassing previously unimaginable targets. In 2018, the Swedish premium marque managed to sell over 600,000 units worldwide, a whopping 12% more than reported in 2017. In fact, 2018 marked Volvo’s fifth consecutive year of positive sales growth.

2019 also proved to be a sales success. Thanks to the introduction of an updated S60 and V60, and the addition of special market-focused models, such as the North American-only V90 Cross Country, sales are on the up. In fact, Volvo reported a massive 11.6% growth for all global sales in November, when compared to November 2018. In total, November saw Volvo selling an unprecedented 62,550 units, growing faster than the industry across all three major regions: China, the United States of America, and Europe. 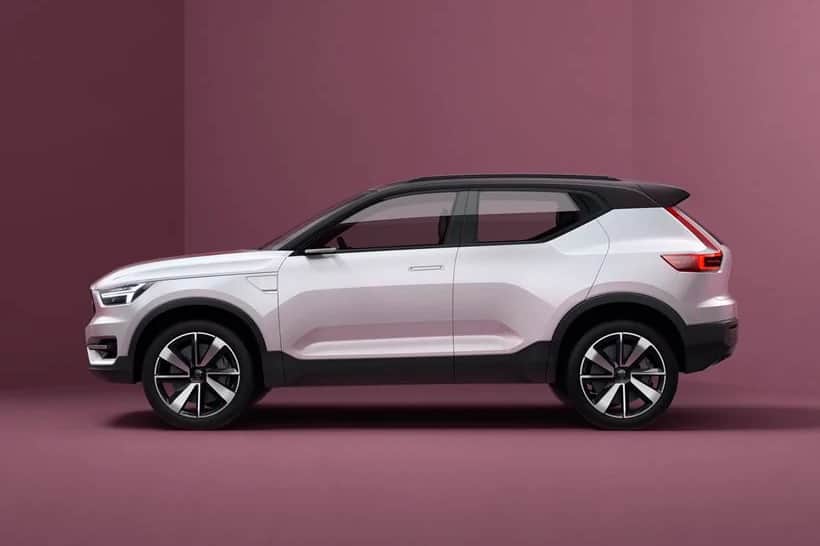 In the USA alone, Volvo’s November sales figures were the best they have been since 2004, with the marque selling a total of 9,635 cars. That’s an 18% year-over-year improvement. The top models were mainly SUVs, with the XC60 proving to be the most popular and highest-selling vehicle at the end of 2019, followed by the ever-popular XC40 and XC90.

With such success, what’s next for the manufacturer, and what can we expect in the coming years? We’ve focused on what the 2020 Volvo line-up is shaping up to look like before, so now we’re going to jump ahead and look at 2021. Before we examine individual models, here’s an interesting quote from Volvo which will shed light on what their future looks like.

“We are determined to be the first premium car maker to move our entire portfolio of vehicles into electrification.”

Of course, the future is electric. And Volvo has laid out an impressive timetable to bring their new electric-future into production.

“We’re going to launch one BEV [battery electric vehicle] every year through 2025,” says Volvo Cars USA president and CEO Anders Gustafsson. There’s no doubt that Volvo’s future is heavily intertwined with the rise of electric technology, but there’s more to 2021 Volvo models than electric-only technology.

Let’s see what highlights we’ve got to look forward to.

The Most Anticipated 2021 Volvo Cars 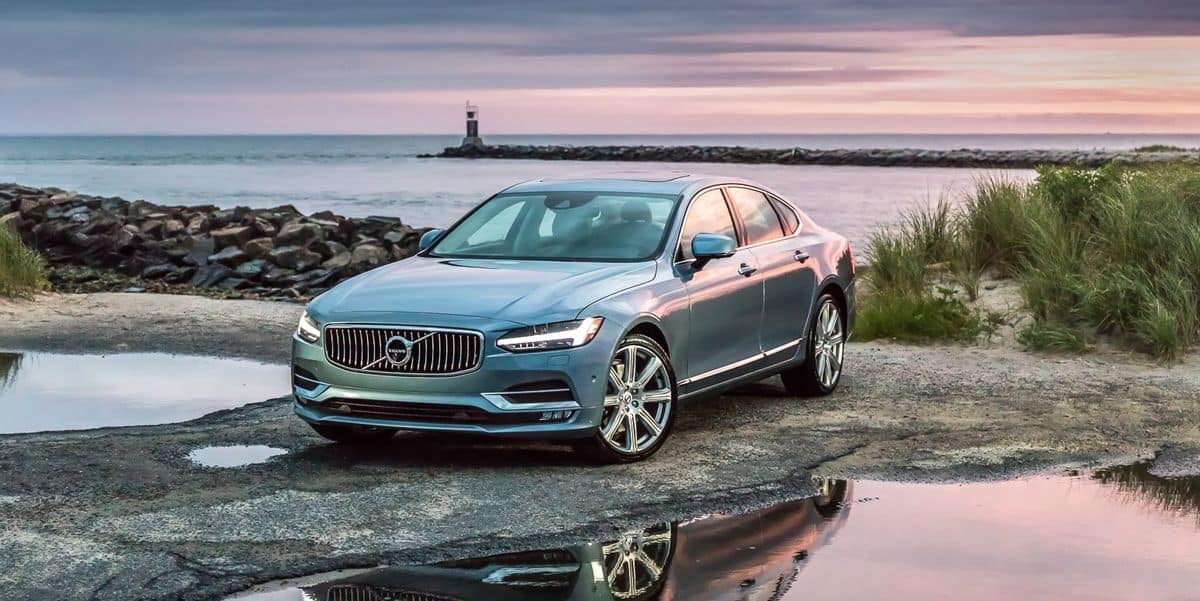 The 2021 Volvo S90 has been spied out on test rides, and from what we can see the Swedish luxury sedan is going to experience something of an update between 2020 and 2021. Now, it’s not a drastic overhaul. It’s more like a face-lift and a touch-up, with purposeful tweaks and improved ergonomics, rather than a full-blown overhaul.

The word on the street also suggests that the new hybrid S90 may borrow some internals from the successful XC90, with an improved hybrid powertrain. For the most part, expect mainly cosmetic revisions and an updated infotainment system. The latter of which trails behind many of the S90’s nearest competition.

In terms of appearance, the 2021 Volvo S90 has been spotted sporting a redesigned front grille that brings it more in-line with its V60 and V90 stable-mates. Updated lights, and redesigned light cluster pattern are also expected. The rear is expected to have a few tweaks, with hidden lighting and a re-designed bumper. Fortunately, the overall design will largely remain the same. Just how we like it.

At the moment, there’s no word on the interior, but if we had to speculate we would guess that Volvo won’t touch the interior. The existing S90 has a wonderful interior design, with a refined nature that balances contemporary style with plush comfort. If it ain’t broke, right?

The current drivetrains available are the existing T6 AWD, and T8 eAWD Hybrid. The 2020 models. For the T6, expect performance to stay the same with 316 horsepower and 295 lb-ft of torque. The T8 should be rated at 400 horses, with 472 lb-ft of torque. Then there’s the curveball option: a rumored mild-hybrid option based on the XC90 SUV. But that is serious speculation, and too early to comment on.

The asking price is likely going to be between $54k and $60k, depending on the drivetrain and trim. No doubt a touch more than the existing models thanks to the tweaks and upgrades. 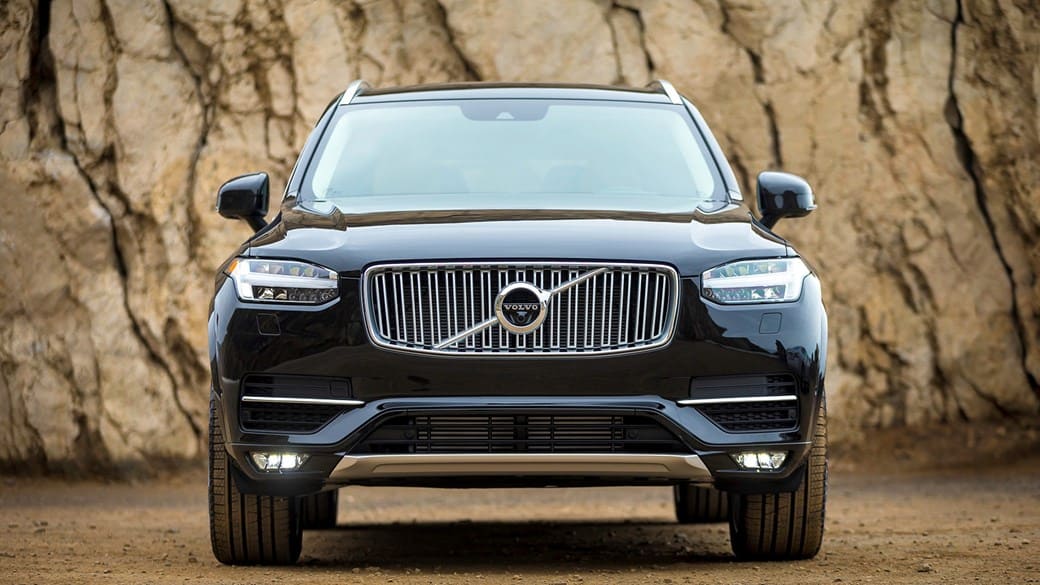 It was recently announced that Volvo would being production of the brand’s range-topping SUV, the XC90, to a new factory stateside in Charleston, South Caroline. Production is expected to begin in 2021, but will 2021 bring the third-generation XC90, or will it be put on the shelf until 2020? Sources are divided, but there’s nothing wrong with looking ahead—so we’re going to look at what a 2021 Volvo XC90 could be like.

First things first: there will be no completely petrol or diesel XC90. The internal-combustion engine is on the way out, according to Volvo. The news is that the new generation of XC90s will only be available as a Plug-in hybrid, or a 100% electric model. This isn’t a surprise. Company boss Håkan Samuelsson has already explained that the XC90 “will be all-electric or hybrid one. If you really want to have flexibility and range you should choose the hybrid one.” So, if you want flexibility, the hybrid version gets the seal of approval.

There will be more to the 2021 XC90 than a choice of internal-combustion-engine-free drivetrains. Volvo has also explained that the next-generation SUV will also boast Level 4* autonomous driving technology if you feel like spending extra doe. This “Highway Assist” feature will rely on cloud-based information that will allow drivers to drive from A to B without having to do any kind of manual driving. That is, if it gets approval for road use, and if the region you drive in has mapped roads compatible with the software.

Unfortunately, that’s all there is to know about the 2021 Volvo XC90 at the moment.

*Level 4 is a self-driving system that allows drivers to complete journeys without having to take control of the vehicle. Level 5, which is the industry’s long term goal, would be a driverless car that doesn’t even have a steering wheel or other conventional, manual, driving equipment. 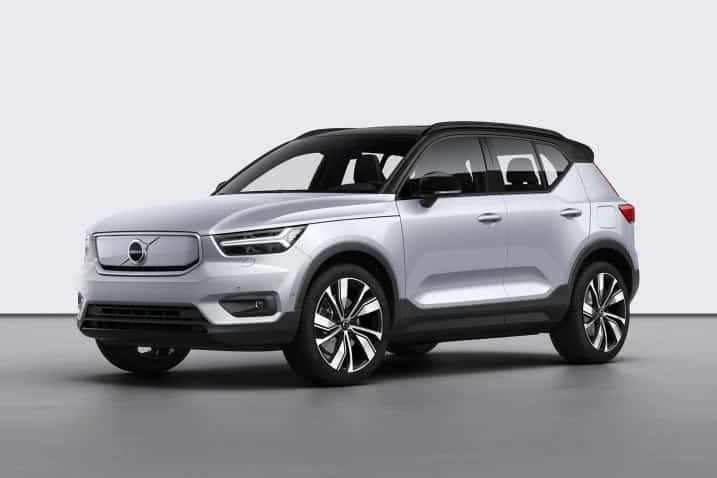 Arguably one of the most exciting vehicles due in late-2020 as a 2021 vehicle would be the 2021 Volvo XC40 Recharge. The XC40 Recharge will be Volvo’s first all-electric vehicle, and the “Recharge” designation is the new naming convention that Volvo will adopt for all of its future electric vehicles. While the existing XC40 is one of the world’s favorite sub-compact SUVs, we fully expect the XC40 Recharge to make an even bigger impression.

In terms of performance, the 2021 XC40 is set to be powered by a 78-kWh battery system, which will deliver power to dual electric motors. The motors will be arranged between both the front and rear axles, delivering All Wheel Drive capabilities. In total, the XC40 Recharge is expected to produce a maximum of 408 horsepower, and an impressive 486 lb-ft of torque. According to Volvo, that’s enough juice for the XC40 Recharge to zoom from 0 to 60 mph in less than 5 seconds. 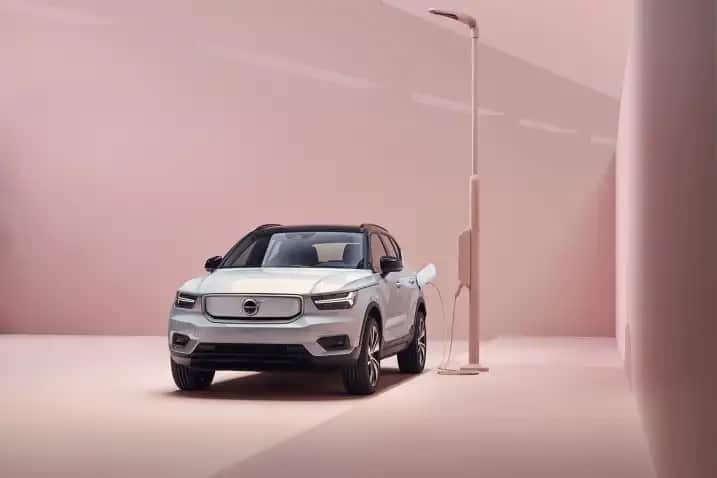 The performance specs are impressive, but like all things electric, performance is nothing if it the batteries can’t provide adequate range. The 2021 Volvo XC40 has an estimated range of 400 kilometers, according to results from the Worldwide Harmonized Light Vehicle Test Procedure. In old money, that’s likely to be up to 240 miles under optimum circumstances. More like 200 in real life though.

200 miles is plenty enough for most drivers, but to make things more appetizing the 2021 Volvo XC40 will come equipped with DC fast charging technology, capable of recharging an empty battery to 80% in 40 minutes. There’s talk of an electric charging refund package available after a year of ownership in some regions too, but details about this are scant at the moment. 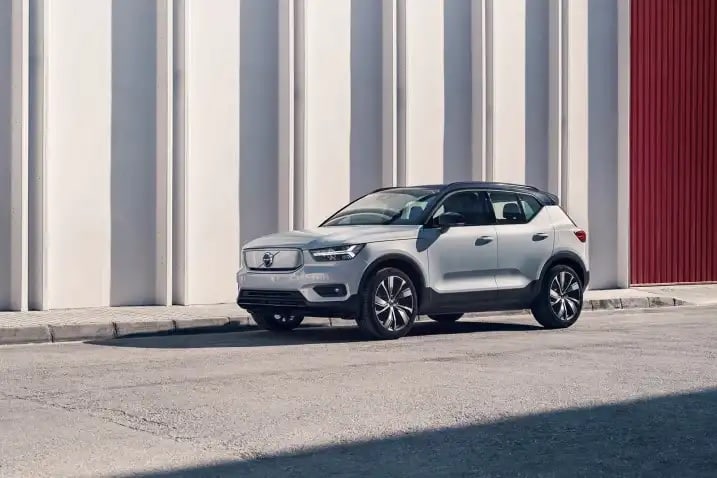 The exterior of the XC40 recharge is almost exactly the same as other XC40 models, apart from a few key differences. For example, the front grille is different, and there’s no exhaust pipe. The real noticeable differences are to be found on the inside—but even then, there’s not a lot to differentiate between the Recharge model and the internal combustion unit. Thanks to clever battery placement, no space is compromised, and without an engine to worry about, there’s now cargo space under the hood, too.

The infotainment system is different too. It has now been upgraded to an Android system, with Google delivering up-to-the-minute software updates, and relevant information delivered directly to your navigation system.

And what will it cost? The 2021 Volvo XC90 Recharge is expected to come with a price tag of around $45,000—but being electric, there should be some nice tax breaks and incentives attached to make it an even more attractive deal. We will have to wait and see.

What Else Is On The Cards?

While the three models above are attracting the most attention right now, 2021 is still a ways off yet. Volvo hasn’t just focused on a few models either—there are some interesting concepts being talked about that could very well arrive in a production guise before or during 2021. 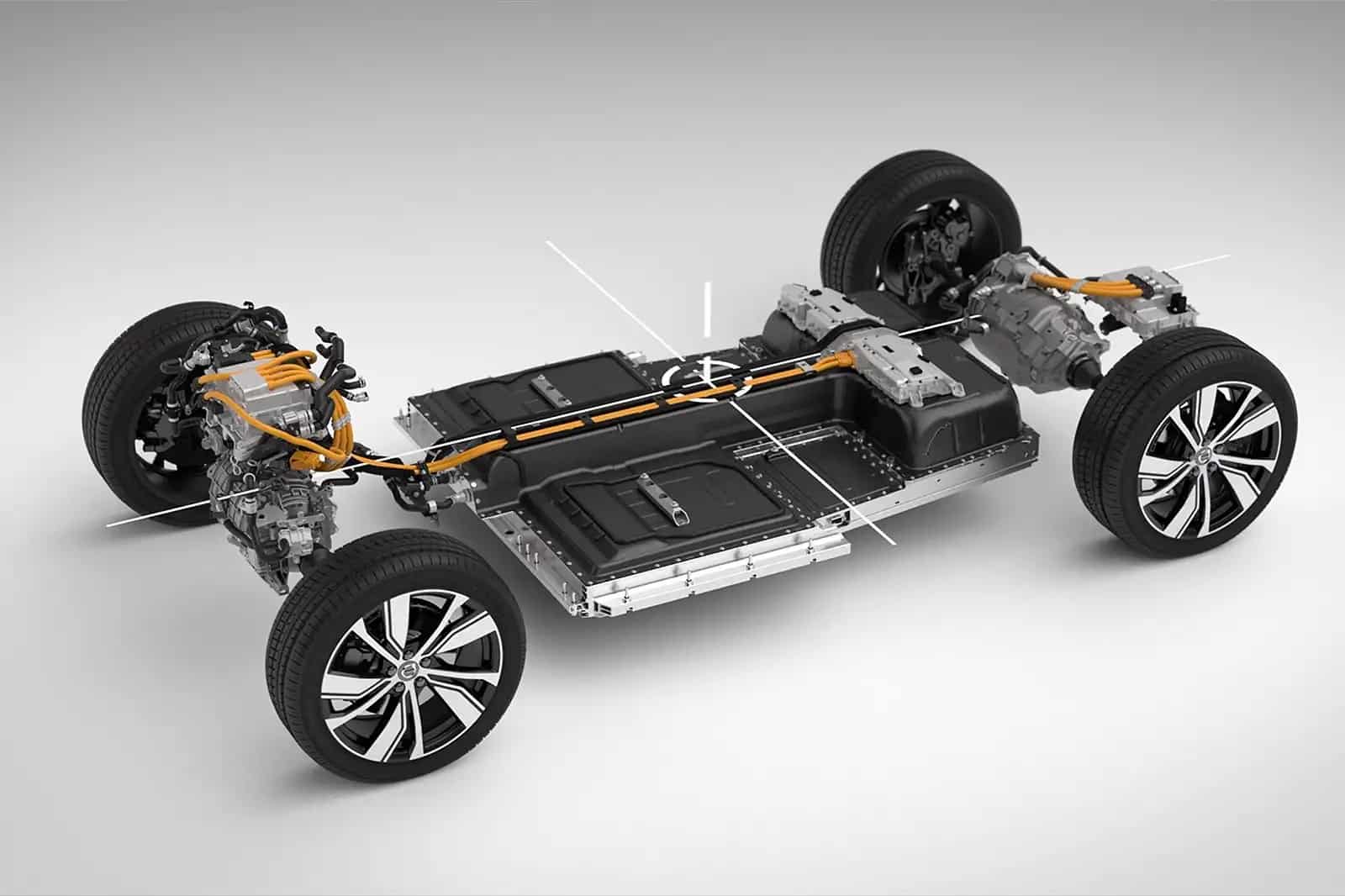 While we’ve seen the rise of the Concept 40.1 and Concept 40.2, we can’t help but thing that there’s still more to come from Volvo and their interesting CMA platform. If you’re not familiar with CMA, it stands for “Compact Modular Architecture,” and it focus on the development of smaller cars that make the most of limited space. It’s all very Swedish, very IKEA, and it’s exactly what modern drivers are looking for: minimalist modern design with practical and usable features. Small on the outside, big on the inside. 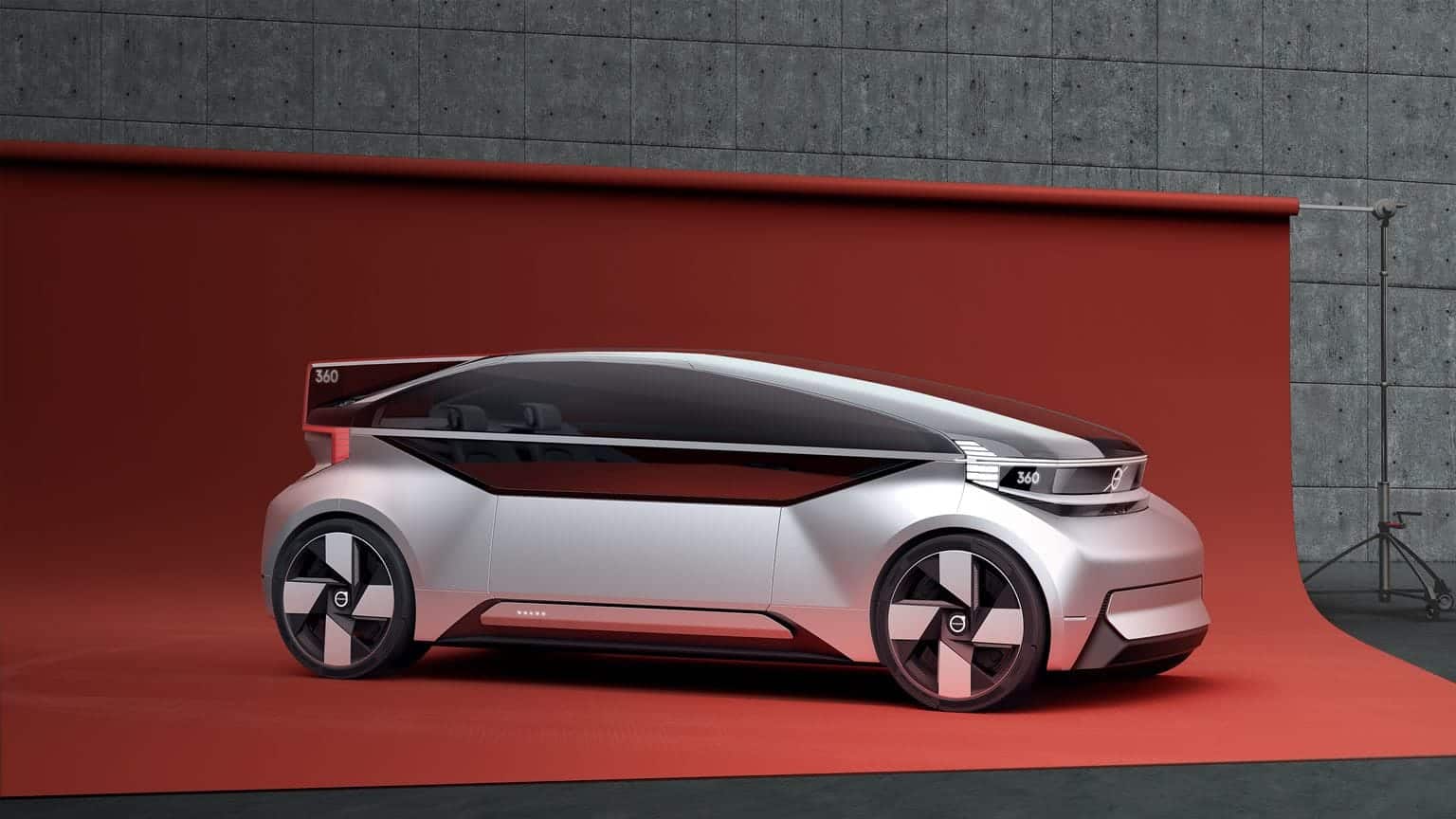 Improvements on the already existing models like the XC40 are to be expected. But what about the outlandish 360c Concept? Still very much a design exercise rather than a realistic 2021 production model, the 360c does give an interesting glimpse into Volvo’s long-term plan. 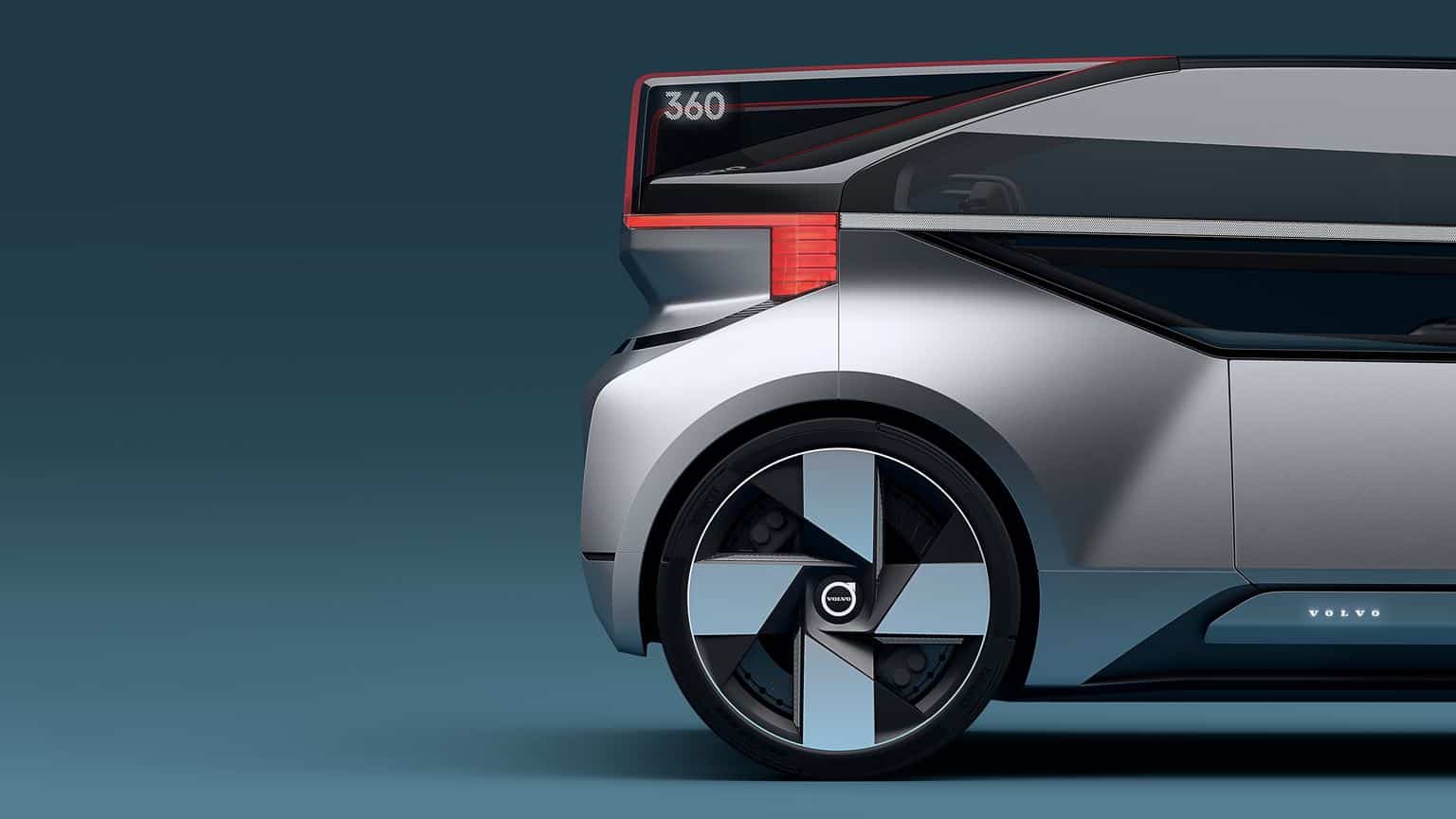 Electric? Certainly. Autonomous? Hopefully. Ambitious? Incredibly. Still, with swift advances in autonomous driving and a rapidly evolving electric marketplace, concepts like the 360c might look like science fiction today, but they could realistically be seen on the roads of tomorrow. Time will tell.