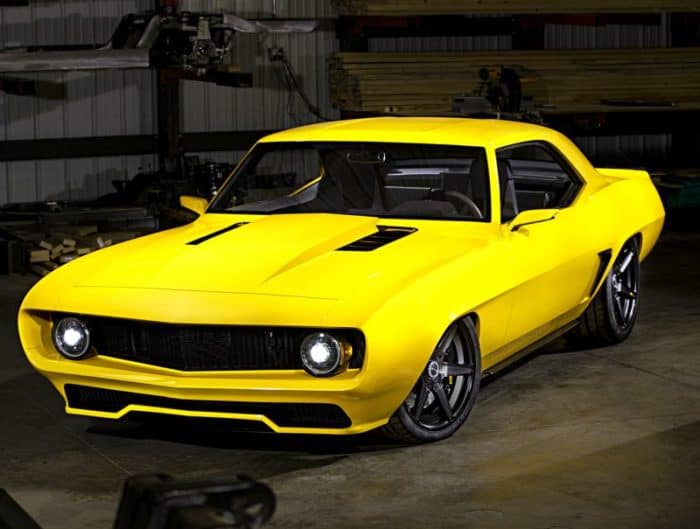 For those who don’t know, ProStreet Custom cars are classic muscle cars from the ‘60s and ’70s that have been modified to the highest standards including modern engines, fully redesigned interiors and, of course, electronically controlled suspension kits and powerful brakes. A typical ProStreet muscle car only looks classic from the outside but in fact, is most at home on the drag strip throwing down sub-10-second runs. 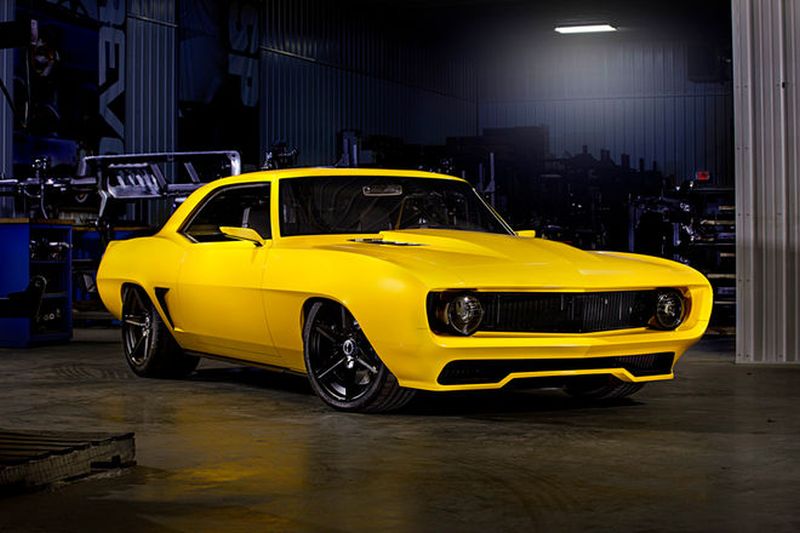 This was the general idea behind this beautiful 1969 Camaro dubbed “Inferno” due to its flaming yellow paint. When the owner, John Wilcus of Chicago, approached the famous Roadster Shop, he wanted something that would capture the essence of the ’69 Camaro. He loved its characteristic body lines and low stance but also wanted something that would incorporate the best of modern aftermarket offerings; In short, a show-stopper with stunning good looks at the performance to back it up. The goal was to be capable of catching a Ferrari on the highway or beating a Porsche off the line at a red-light showdown, and look damn good doing it. 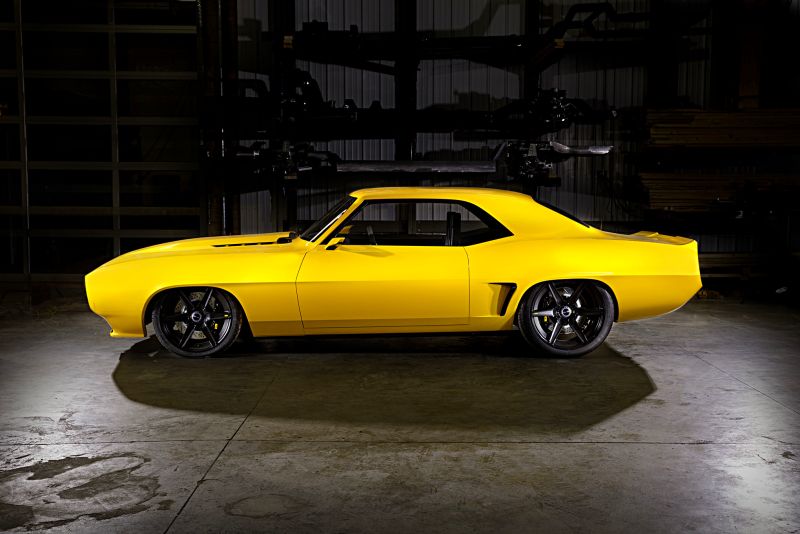 This, of course, was no easy task, and the whole of project Inferno took almost three years to complete. The car debuted last year at the world-famous SEMA Show in Las Vegas, and was hailed as one of the biggest stars of the show. This is quite an achievement since SEMA attracts some of the best builders and custom shops in the world. The insane amount of detail and effort that went into completing this project saw the cultivation of a profound amount of respect from the automotive community. 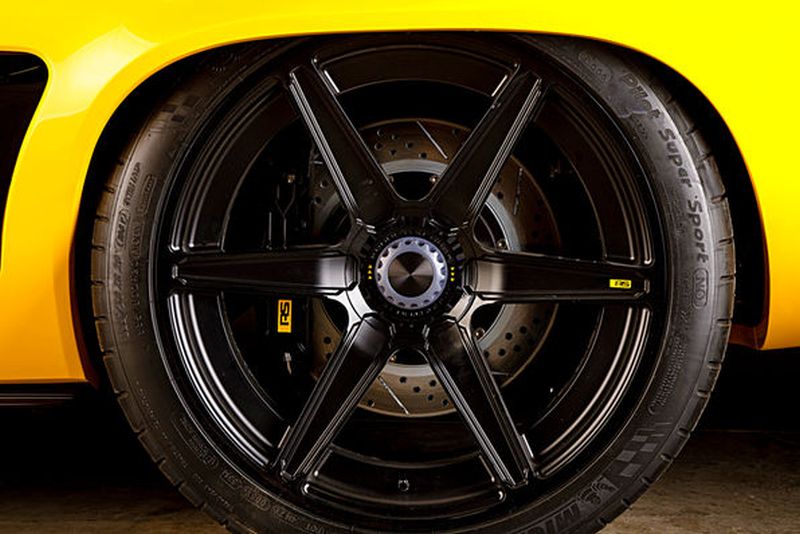 Under the hood, Roadster Shop installed a Chevrolet Performance LT1 engine which has been modified and enlarged to a displacement of 416 cubic inches. The engine was kept naturally-aspirated but saw numerous aftermarket internal components installed, with the finished product putting down 540 hp to the rear wheels. Wilcus stressed that this car was to be his daily driver and that a tasteful, but not ridiculous horsepower number was what he was aiming for. 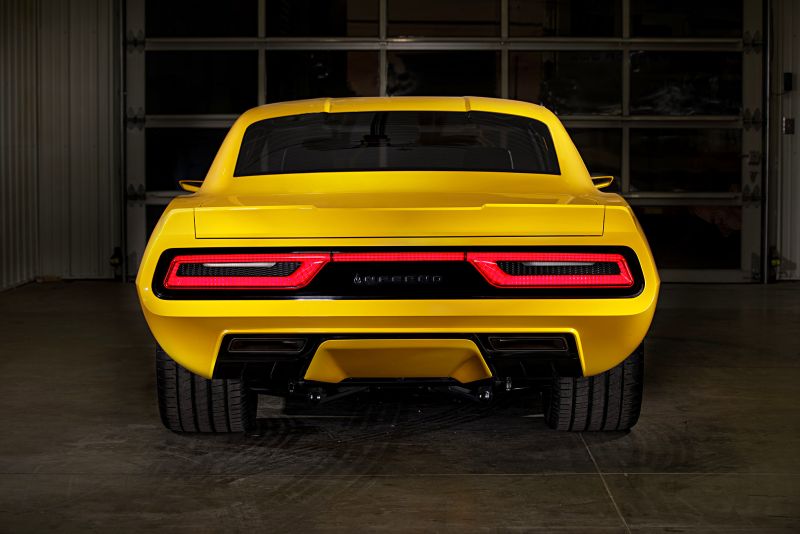 The inside of the Inferno Camaro is just as impressive as its exterior. It’s safe to say that the interior doesn’t bear the slightest resemblance to the original ’69 Camaro, and looks more suited to some mid-engined supercar than to a muscle car designed almost 50 years ago. The pictures speak volumes, and the look of the dash, steering wheel, and clean, minimalist design left us nearly speechless. 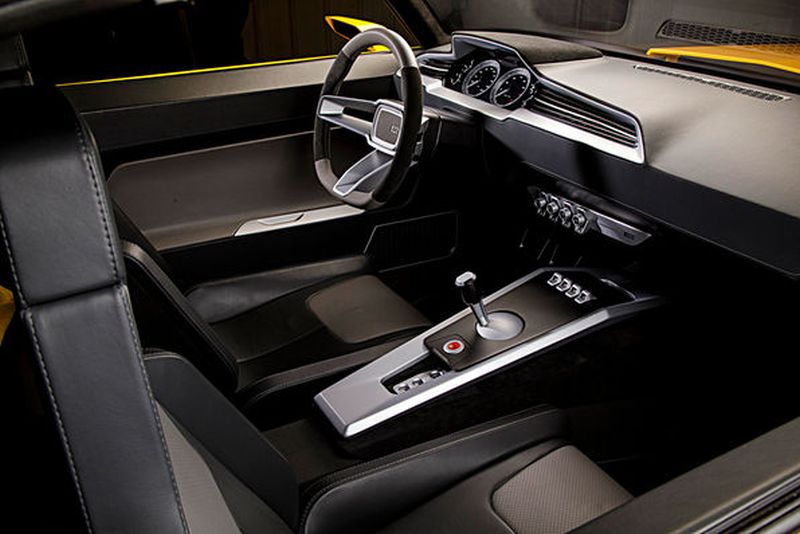 The story is pretty similar with the exterior of the car too. While the Inferno is still very obviously a classic Camaro, every panel, every trim piece and every detail has been modified. The best examples are the front end and the rear lights, which may look stock from a distance but upon closer inspection, we see that those too have been replaced. 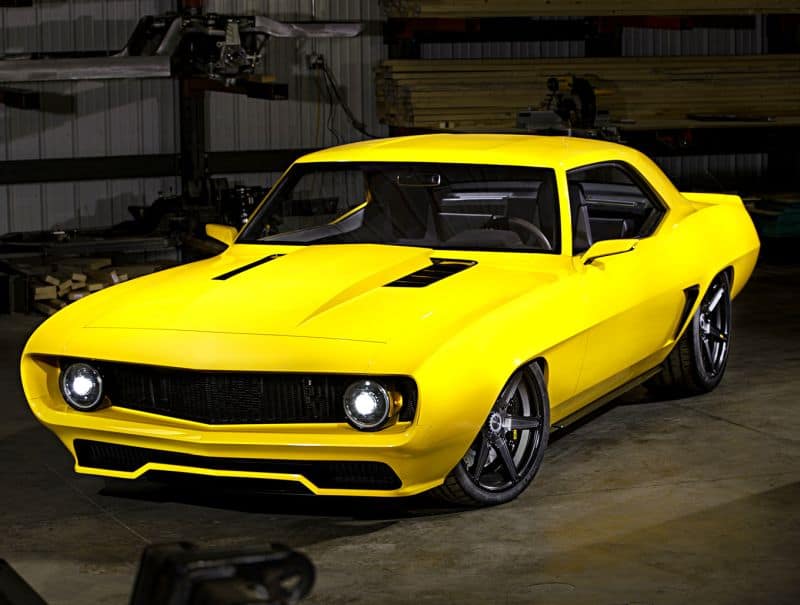 We cannot get enough of Wilcus’ crazy Inferno Camaro, and it’s plain to see why this was the star of the 2016 SEMA Show. This car is both the embodiment of the owner’s unique vision as well as a testament to the unbelievable skills of the guys at Roadster Shop. We are also glad to hear that the owner plans to present, drive and even race this magnificent yellow beast at events all over the Chicago area. If you’re in the neighborhood, you’ll definitely want to check out the Inferno for yourself.


Top 10 Hemi Powered Mopars Of All Times
Tesla Model S 70D Is The Only Entry Level Car That Could Eve...
9 of the Best 2020 Coupes
iPhone Manufacturer To The Rescue: Lordstown Electric Truck ...
What is ECU Remapping and why you should do it.
10 Most Redneck Rides