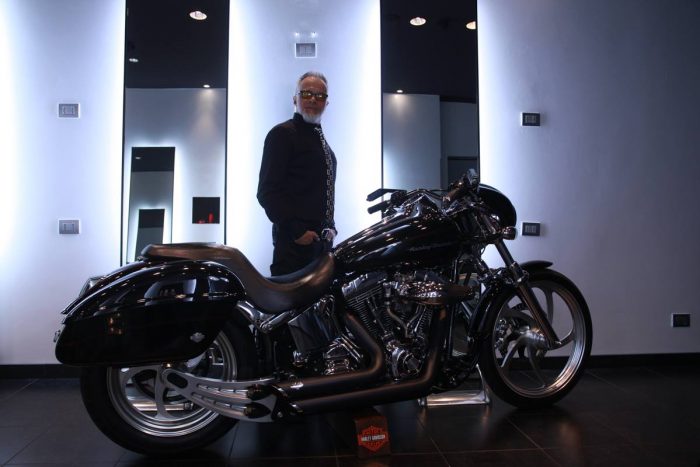 Luca Manni, a man who eats, sleeps and dreams about engines. When he’s not eating, sleeping, dreaming or caring for his newborn, he’s passionately building cars and motorcycles. He knows a thing or two about building unique custom machines but today we’re looking at one thing in particular, his gorgeous 2000 Harley-Davidson “Tuscany” Deuce. 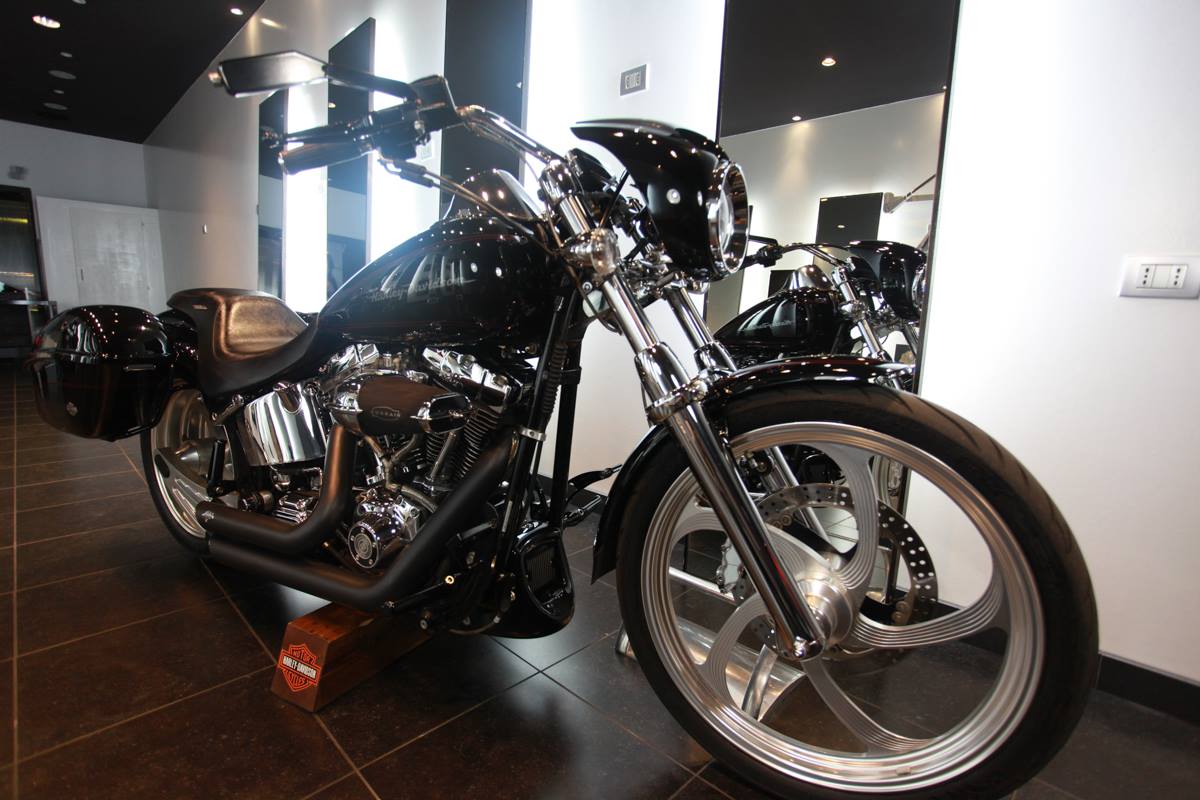 If you know anything about the Deuce, you’ll know that it boasts a powerful 1449cc V2 engine, wrapped in a gorgeous frame and finished with some sensuous curves. Now, Luca isn’t your average builder – firstly, he’s a man with a regular full time job pushing permits for an Italian energy company rather than wiling away his hours in the garage and secondly, he’s a man with a vision that bucks our contemporary trend: “The current fashion is all about ‘vintage’… I believe that you can only build a ‘vintage’ style bike if you’re combining it with a vintage engine! Pan, Flat, Shovel. I hate to see motorcycles made in a vintage style when they’re combined with modern injection engines! Vintage motorcycles must have an OEM foot switch! It’s not enough just to have spoked wheels and high handlebars to be considered ‘vintage’ in my opinion!” 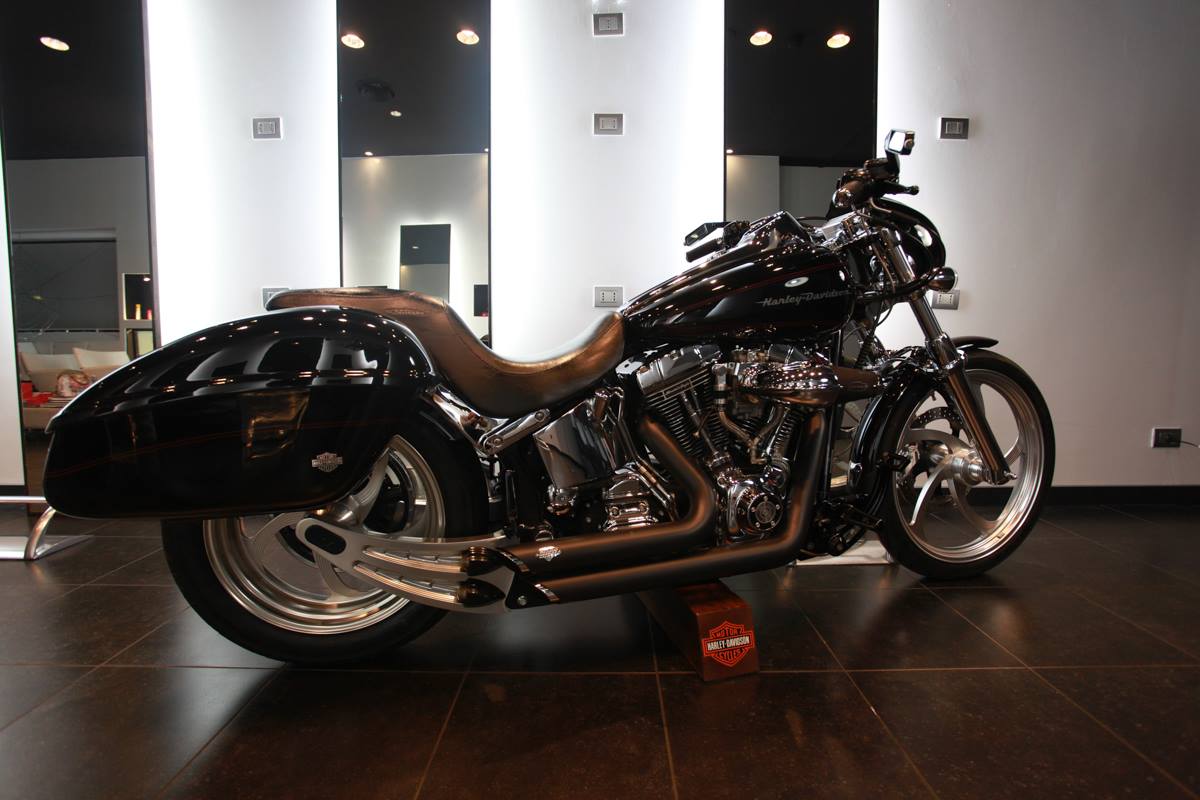 The 48 year old from Grosseto, Tuscany took his own advice and built the bike of his dreams based on his own ideas: “My HD reflects the luxurious styles from the 90s, when every accessory was billet, expensive, and was a risky choice between fascinating and tasteful, and ugly, senseless upgrades.” Using the work of the Battistini brothers as his major influence, Luca turned to Harley Davidson Viterbo for help and advice. 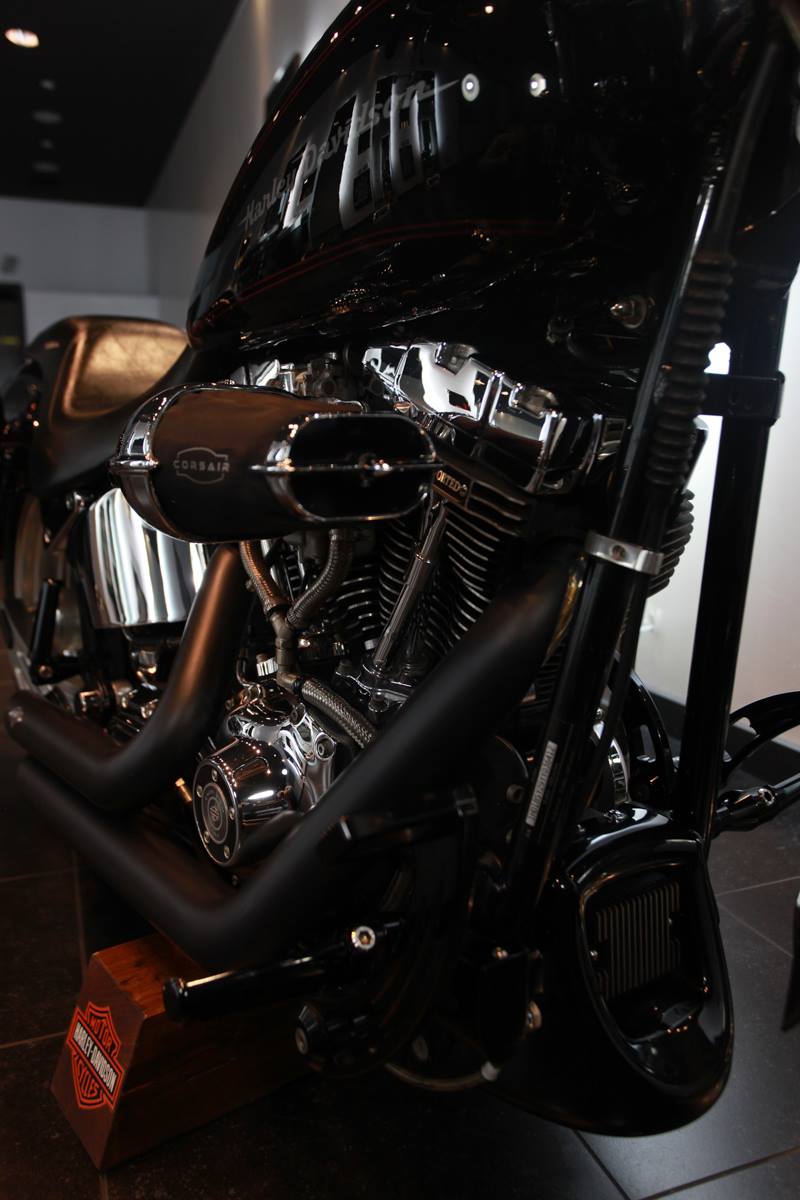 Together, they begun the build, swapping out the Deuce’s stock rims for Performance Machine ‘Tempest’ wheels, opting for a 5.5” rear that fits nicely with the Rebuffini Cycles custom swing arm, complete with unobtrusive, integrated turn signals. While the right side is unobstructed and gives excellent views of the rear wheel, the left side is geared towards the brakes, which boasts a GMA brake pulley system. The front brake assembly features a 13” Performance Machine floating disc (gifted by Ted Sands himself, no less) and coupled with a 6-piston caliper unit. 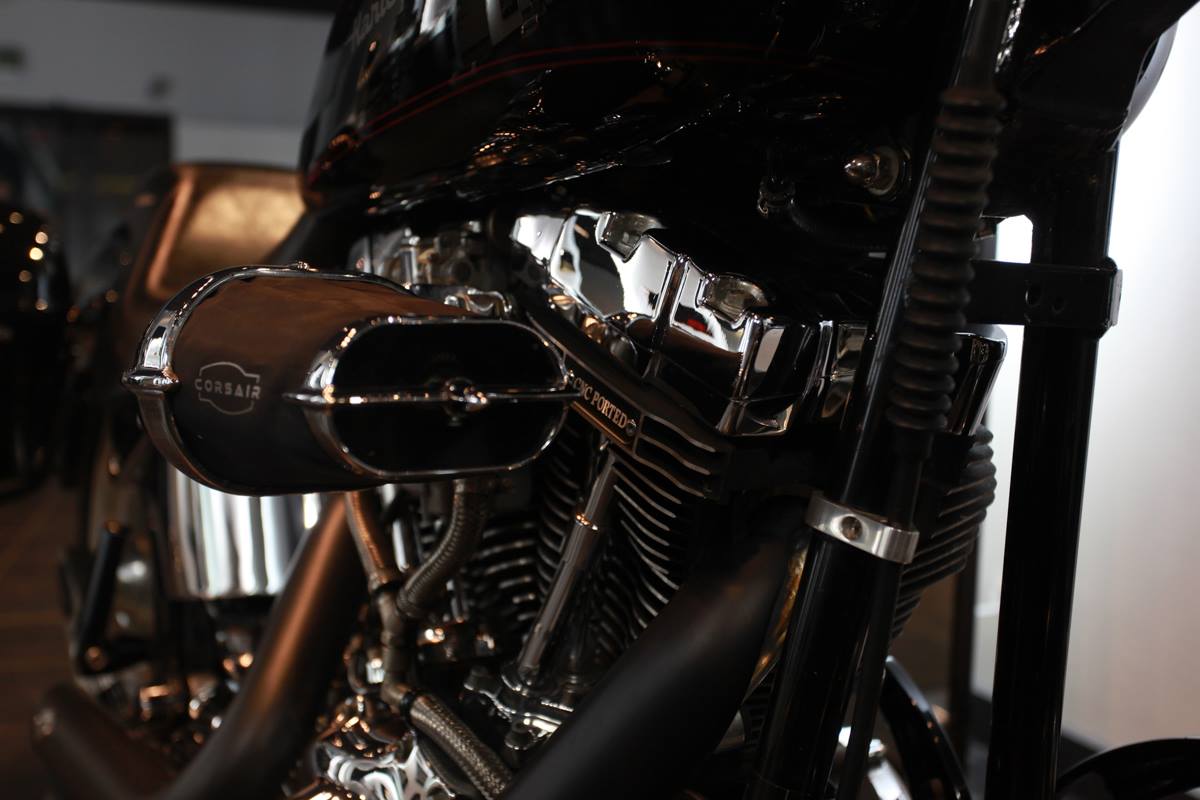 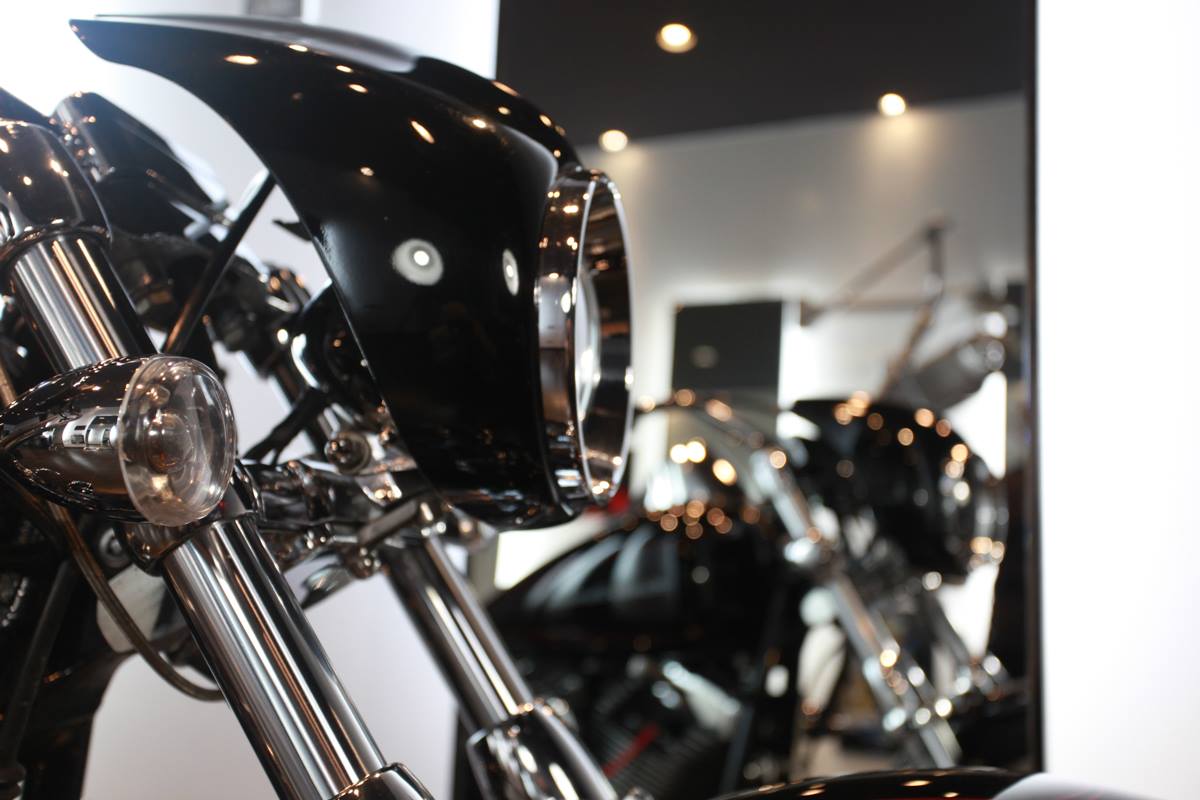 Engine wise, the Deuce was treated with a full Screamin’ Eagle kit, 95” displacement forged pistons with 2” valves and CNC ported heads. The fun didn’t stop there either, Luca also replaced the camshafts, added a programmable ECU, swapped the stock for PowerVent valves and a Mikuni flat side carb and coupled it with a Kuryakyn corsair air cleaner. Now the Deuce boasts around 118 hp and plays a gorgeous tune through it’s with V&H ShortShot staggered pipes. 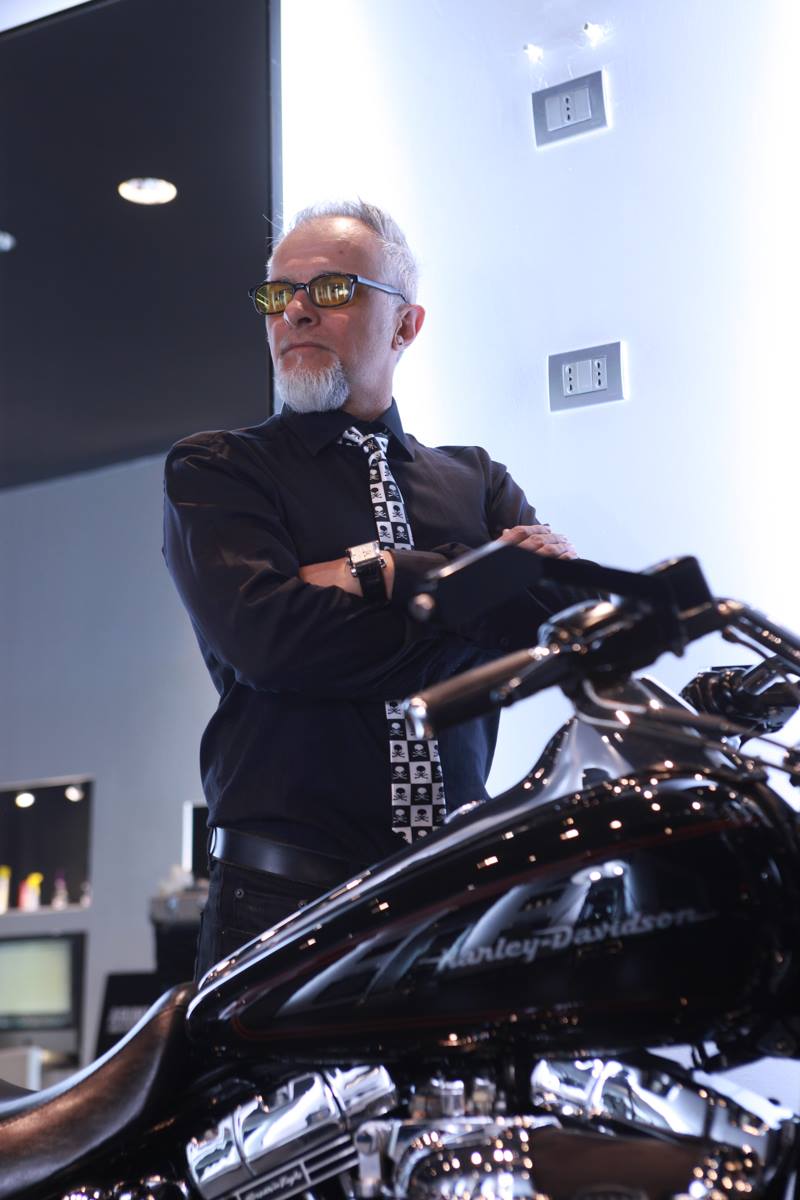 The exterior mods are endless, including a White Bros lowering suspension, anodized foot pegs, an integrated headlight extension, LED lights and a saddle courtesy of Badlender. Like many great builds, the beauty lies in the details and Luca’s Deuce is an exquisite example of passion and enthusiasm. 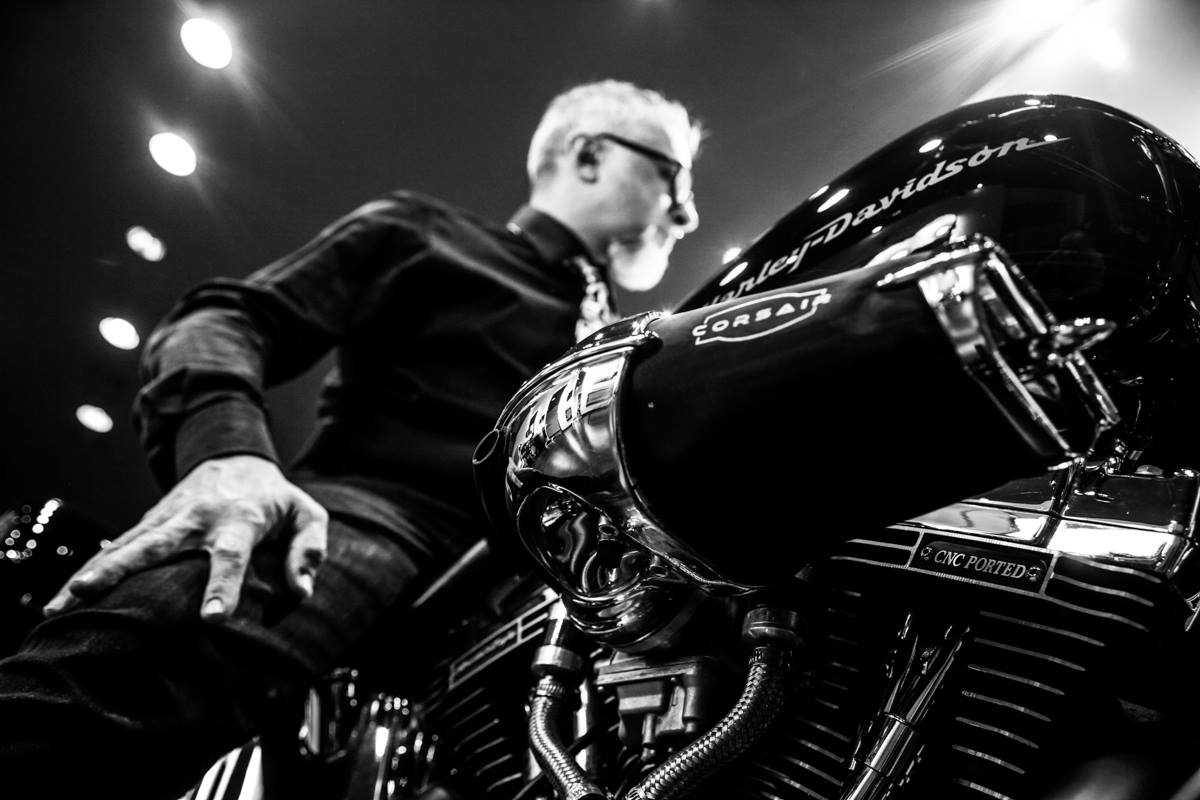 We asked Luca what his favourite feature is: “Undoubtedly, it’s the ‘Moonline’swingarm from Rebuffini (which was built exclusively for me by Rebuffini Livio to accommodate the GMA brake pulley)” – but most of all, the man loves everything about his Deuce: “I’m a perfectionist when it comes to my things, and I love the accuracy. But at the same time I love to have things that others do not. Upgraded cars and motorcycles has always been my passion and I focus not only on the aesthetics but also the performance of the engine. My aesthetic is based on class, clean finishes and technology.” With that in mind, it’s no wonder that Luca’s Deuce has been featured in a large number of publications around the world and has even received critical acclaim from THE Willie G. Davidson. 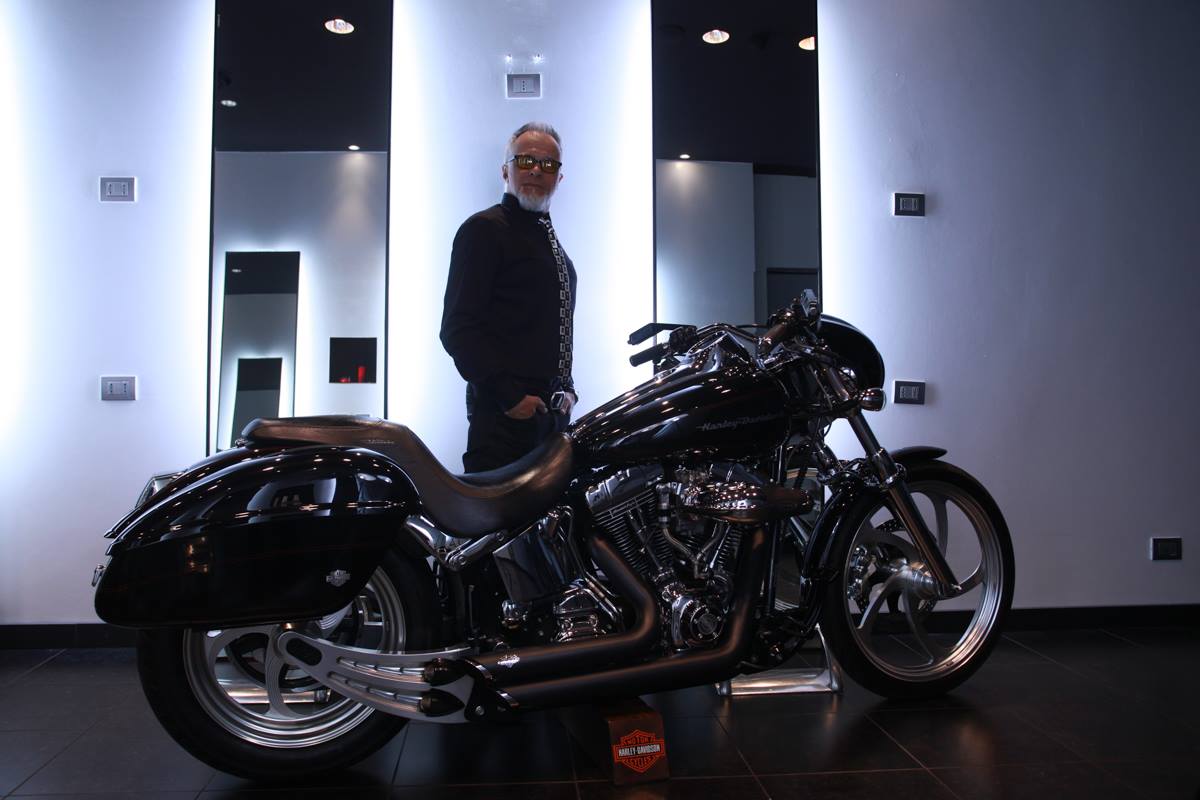 Finally, Luca has another thing to ask the Gearheads community: way back in the early 90s, one of his first builds – a Honda CB750 four chopper was stolen. It’s a unique piece featuring a rear wheel crafted from an old Citroen Diana, with bespoke triple clamps and if anyone knows anything about it, we’d love to hear from you. Here’s an image that might jog a few memories! Luca reckons it might be somewhere in Germany… 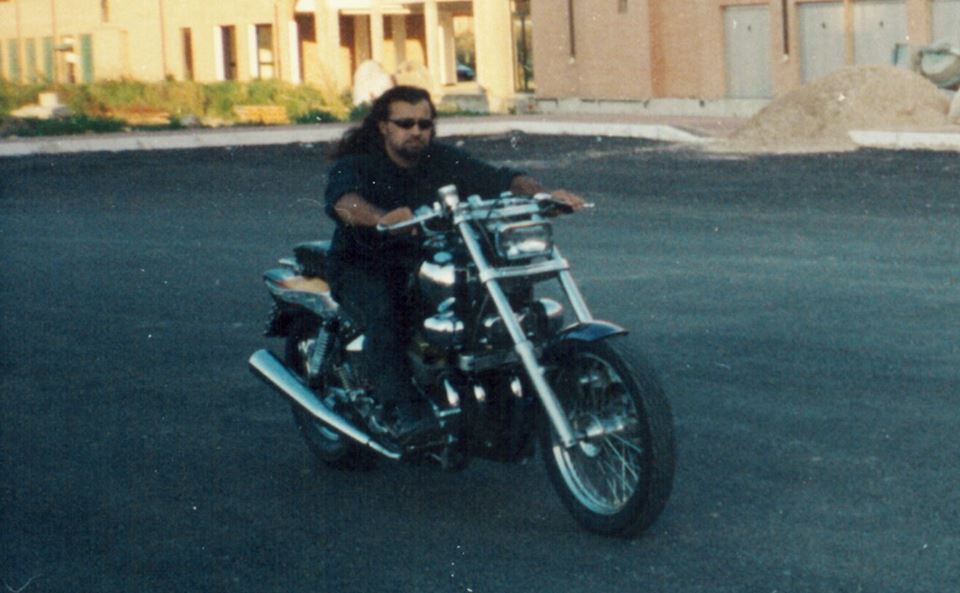 This isn’t the last we’ll hear from Luca either: he’s currently working on a Jaguar build that should turn a fair few heads in the near future. Stay tuned for more!


7 Facts About the Ford Emblem: A Complete History Since 1903
2021 Acura TLX: The Return of the Type S Luxury Sports Sedan
This 1966 Ford Mustang Restomod is Sexy in Black
The Most Exciting 1966 Cars And Tech That Revolutionized Dri...
30 Awesome Cars That Aren't Quite Full Scale
AVA Stingray: Reimagined Iconic Stingray Corvette With Elect...