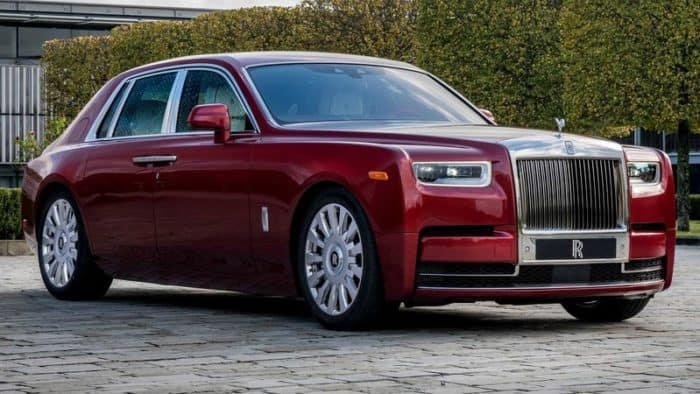 One of the most famous car brands in the world has enjoyed its best-ever year sales-wise after marketing 4,107 vehicles across the globe in 2018. The ultra-luxury British automaker’s sales were mostly driven by the new Phantom which, according to Rolls-Royce’s chief executive Torsten Müller-Ötvös, was a driving force behind the sales surge in spite of not being the actual best-selling model. This, together with the upcoming redesigned Ghost, gives the Rolls-Royce a healthy foundation for similar results in the future as well. The 2021 Rolls-Royce lineup is certainly expected to emulate 2018 sales if nothing unforeseeable happens.

Rollce’s 2018 sales were actually so strong that all regions exhibited growth compared to 2017. It has to be said that the mentioned Phantom was actually unavailable throughout 2017 due to receiving a full makeover prior to MY 2018. This fully confirms Mr. Müller-Ötvös’s statement from above.

The U.S. market remains Rolls-Royce’s best single market as it accounts for around 30 percent of their total sales. Meanwhile, the growing Chinese market now takes another 20 percent which effectively means that half of company’s models end up either in the U.S. or China. 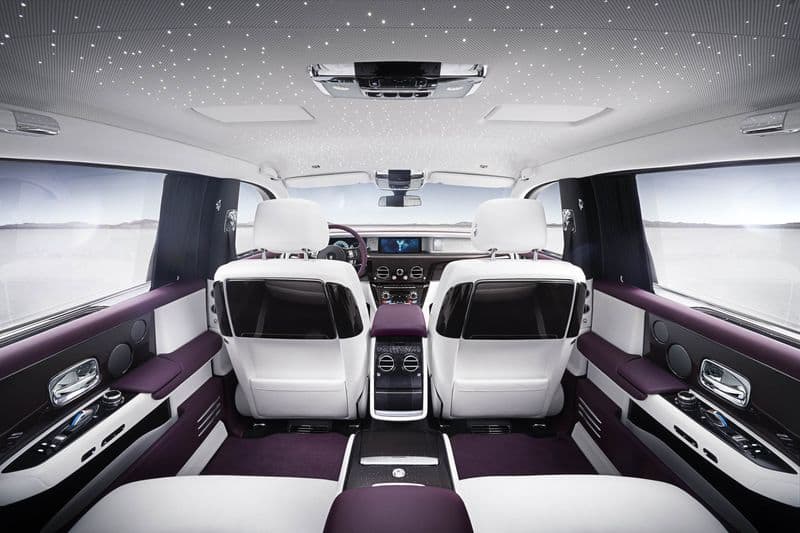 Future for Rolls-Royce isn’t in electrification as it is the case with most major car manufacturers, but in customization. More than 90 percent of Rolls-Royce’s sold are customized and practically one-offs. Customization leaders are the new Phantom of which 99 percent were dabbled with in one way or another and the Cullinan SUV which is yet to find a new owner to take it home in stock form. It’s interesting to note that an average Rolls-Royce sold in the U.S. costs $400,000 due to bespoke treatment it so often undergoes. Options thus add up to 40 percent to the base price on average.

Let’s now take a closer look at the forthcoming 2021 Rolls Royce lineup and what the venerable British luxury brand has in store for us; or rather for the lucky few with means of owning one.

First unveiled for MY 2010, the first-gen Ghost has come to its end. The all-new second-generation Rolls-Royce Ghost has already been caught wearing camo multiple times prior to its official presentation in 2020 and arrival for model year 2021.

The 2021 Rolls-Royce Ghost follows the previously redesigned Phantom in its footsteps in terms of facelift’s extensiveness. Although becoming leaner and softer around the edges, the new Ghost still mostly resembles its predecessor. One major change did take place, however, as the new Rolls-Royce does sport a corresponding aluminum spaceframe platform. Up until now, it’s been exclusive to the Phantom and Cullinan, but should migrate to the next-gen Wraith and Dawn once they come out in the next couple of years or so.

Inside, the new Ghost relies on the ultimate level of luxury provided by the best materials available. Cabin layout also resembles that from the new Phantom and Cullinan so it’s safe to expect that’s the direction Rolls-Royce will be heading towards going forward. Needless to say, the next-gen car also benefits from a number of newly introduced advanced safety features to go alongside the next-gen infotainment system and a fully digital display.

Power now comes from the same 6.75L twin-turbocharged V12 mill found across most of the Rolls-Royce range. With 563 horsepower and 664 pound-feet of torque, the engine in question is more than capable of propelling the heavy full-size luxury sedan to 60 mph in around 5 seconds. Power is routed to the rear via an 8-speed automatic gearbox.

The upcoming Rolls-Royce Ghost offers an expected package of luxury, performance, and style that still exhibits a blend of contemporary and traditional. More info will become available as we progress through 2020 so stay tuned for updates. Prices, as always, will start after the $350,000 mark but a vast majority of models will be much more expensive than that due to already mentioned bespoke treatment tendencies among the Rolls faithful. 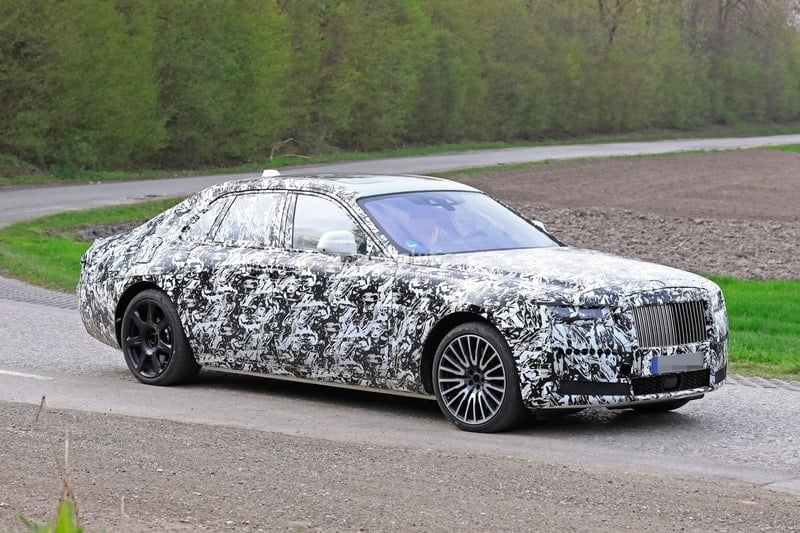 The redesigned Rolls-Royce Phantom VIII made its official debut during mid-2017 as a 2018 model and has been the staple for future Rolls-Royce passenger cars ever since. Although the remainder of the lineup is only just catching up in terms of updates, Phantom’s importance to the brand is multi-dimensional as already explained in the intro section.

The Mark 8 cars ride on all-new platform which is expected to underpin every single Rolls-Royce model after 2022 or thereabouts. Design-wise, the Phantom carries over unchanged into 2021, but given its nature, every new Phantom is a vehicle of its own. Especially considering the sheer number of possibilities one’s got in customizing it.

Of course, most of Phantom customization takes place inside. This is where the flagship sedan excels as wood accents, high-quality leather, and plethora of advanced safety and convenience features are only the beginning. Bespoke treatment can be conducted in a multitude of ways, and custom artwork dashboard or gold-plated ornaments are only few among many. There are both the standard and long-wheelbase models offered (latter adds 8.6 inches in length), but meaningful differences between the two versions stop there.

Like most of the Rolls-Royce range, the Phantom sports a 6.75L twin-turbocharged V12 mill capable of putting up 563 ponies and 664 lb-ft of torque. All that power is being diverted to the rear via an 8-speed automatic transmission.

Arguably one of Phantom’s strongest suits is its pothole-eliminating suspension which sports a camera helping it adapt in real time. With it, the Phantom practically glides over all manner of surfaces, but it’s still most at home on solid pavement. Prices start from north of $450,000 but as established above, most new Phantom owners end up paying much more than that. 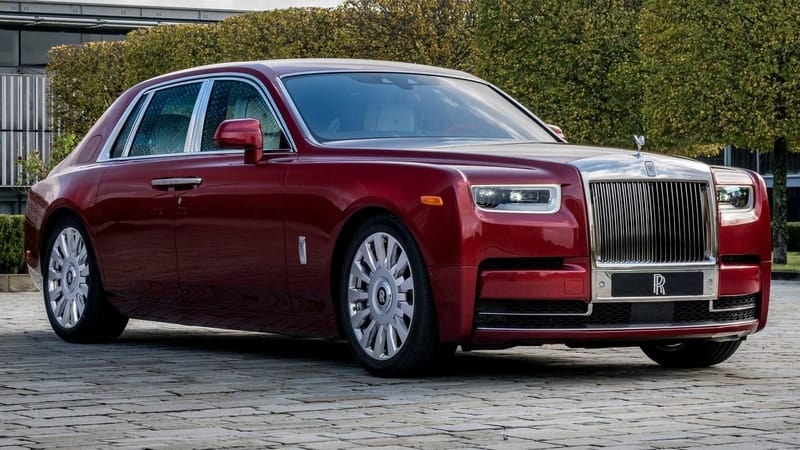 The best-selling Rolls-Royce model accounts for nearly half of company’s 2019 sales after three quarters. It’s a driving force behind the British brand’s successes as of late and a main reason behind them taking that next step forward. With Rolls-Royce focused on redesigning the Ghost, the SUV carries over into 2021 with minimal changes.

The imposing SUV shares its platform with the Phantom VIII and benefits from sedan’s majestic ride quality. Design-wise, the SUV represents a hallmark Rolls-Royce complete with all of its sharp edges and unorthodox simple headlights. As of 2020, the British also offer you the Black Badge which comes in a few available colors which get rounded off with blacked-out trim (including the Spirit of Ecstasy hood ornament). It also gives the SUV a bump in ratings but more on that later.

Inside, the Cullinan gets treated with the same level of luxury as the remainder of Rolls-Royce range. The list of optional features is staggering as entry-level models which start from around $330,000 can quickly top out at north of $500,000. And you’ll remember that no base Cullinan has been ordered thus far which is quite a feat considering it’s the company’s best-selling model.

Power comes from the proven 6.75L twin-turbocharged V12 which makes 563 hp and 627 lb-ft of torque in its regular, or 600 hp and 664 lb-ft in already mentioned Black Badge form. The latter is courtesy of an ECU flash. All that power is still routed to the ground via an 8-speed gearbox, but unlike other models within the range, the Cullinan comes with a mandatory all-wheel drive system.

The Rolls Royce Cullinan is definitely something else compared to its would-be competitors, but then again, every Rolls-Royce is. Its imposing presence is what makes it stand out from the remainder of Rolls crowd, but there’s very little that differs otherwise. 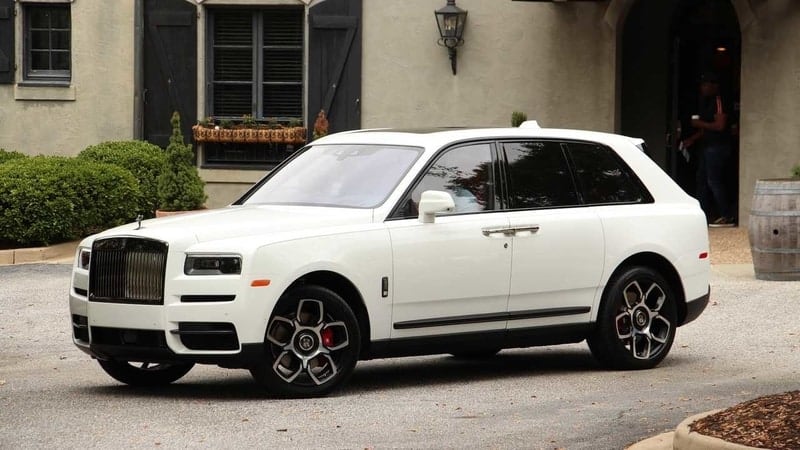 The coupe version of the Rolls-Royce Ghost will be the latest model alongside Dawn convertible to receive a substantial makeover and new underpinnings. This isn’t going to happen in 2021, but after the next-gen Ghost rolls in, the 2-door duo is expected to follow.

At the moment, the Wraith coupe is still closely related to the previous-gen BMW 7 Series internally dubbed the F01. From design’s standpoint, the coupe doesn’t stray too far from an established Rolls-Royce look and that won’t be changing anytime soon. Compared to its platform donor, the coupe sports a different personality of sorts, and not only due to its suicide 2-door frame.

Inside, the Wraith is as spacious as any other Rolls and accordingly appointed as well. Rich in leather, wood, and metal accents, the Rolls-Royce Wraith represents a different kind of sportiness – one that it largely owes to its sheer plushness. Alongside the most luxurious materials available in the entire auto industry, the grand tourer also offers plenty of advanced features including both the safety and convenience ones.

There’s only one engine available with the Wraith, and this time it’s an older BMW-sourced unit. A 6.6L twin-turbo V12 in question is more than capable of putting up 624 horsepower and 590 pound-feet of twist in its regular form. Meanwhile, the Black Badge doesn’t raise the Wraith’s power output, but improves its torque curve as it makes 642 lb-ft here. Rear-wheel drive and an 8-speed ZF automatic transmission are standard across the range.

The Rolls-Royce Wraith is slowly but steadily heading towards a necessary makeover and we’ll already have known most details once we’ve seen the all-new Ghost in person. Prices start from around $330,000, and you already know the rest. 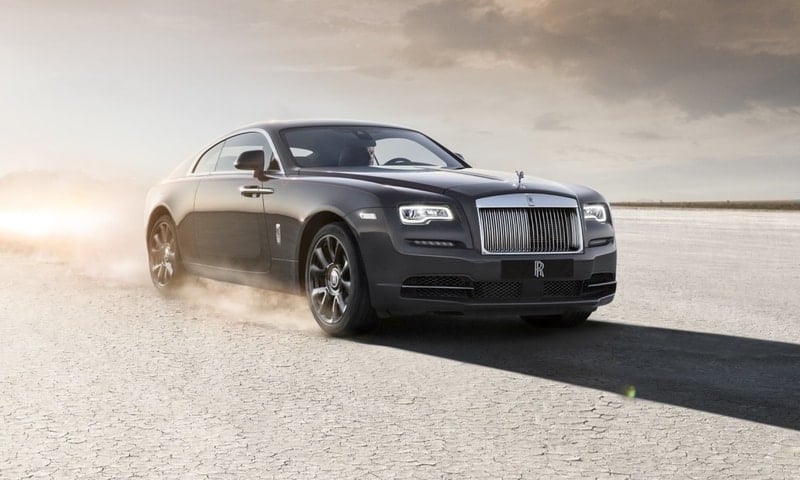 The 2-door convertible closely related to both the Ghost sedan and Wraith coupe is the latest in the line of passenger car models added to the Rolls-Royce lineup. Little has changed between MY 2016 and now, and major overhaul probably isn’t due 2022 or beyond. That way, the old Dawn carries over unchanged into 2021.

Naturally, the convertible closely resembles the Wraith coupe as differences between the two are purely structural – rear-hinged doors and all. Two-tone color arrangements further differentiate the drop-top from the rest of Rolls-Royce range. As if the fact the company refers to it as the sexiest model they’ve ever made wasn’t enough.

Interior is also largely the same as the one found in its coupe counterpart. Massaging front seats are only one of numerous available convenience upgrades, while a long list of advanced driver’s aids consists of night vision and all the contemporary systems found in today’s cars regardless of type or price.

The Wraith and Dawn share their engine too. A 6.6L twin-turbo BMW N74 V12 makes only 563 horsepower in the drop-top, however. Torque, meanwhile, sits at 605 lb-ft. The Black badge ups the ante with 593 hp and 620 lb-ft of torque but that’s still short of Wraith’s figures. Regardless, the ultra-luxury convertible is more than capable of sprinting from 0 to 60 mph in a little over 4 seconds.

Although the gorgeous cabriolet is in need of a major makeover, together with its related models, it’s still as sexy as it was the day it first arrived to the market, and will remain as such until the very last moment. It’s one of the most exciting Rolls-Royce cars and there’s simply no going around that. 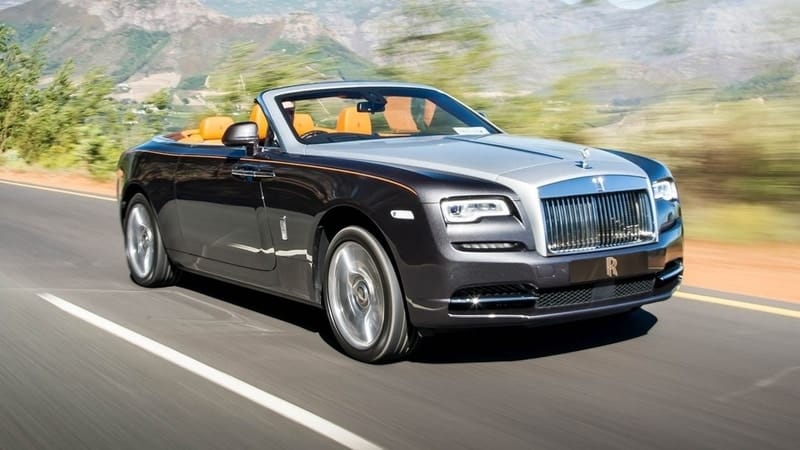