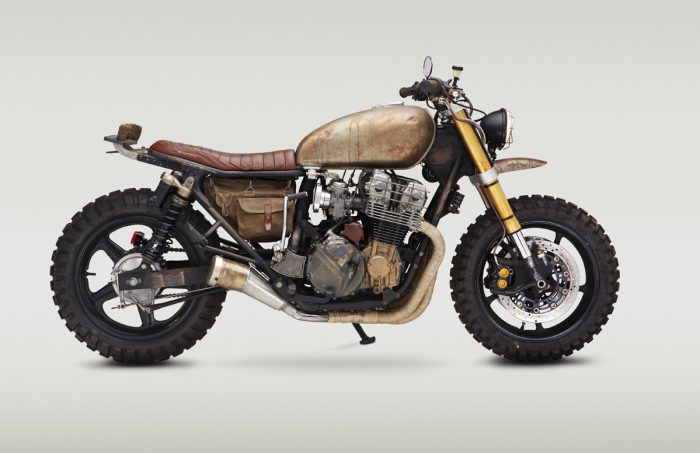 You’d have to be living under a rock not to have at least heard of AMC’s award winning TV series The Walking Dead. For those of you that don’t know, it’s a survival series of epic proportions, with the main characters desperately searching for a safe haven whilst dealing with escaping and surviving from a subsequent zombie apocalypse. That’s the bare bones of it without putting up a spoiler alert. Entertainment aside, it features a very cool custom motorcycle. 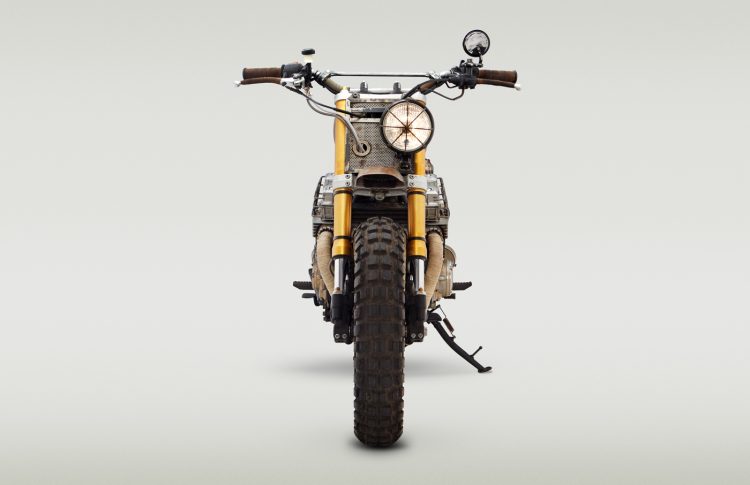 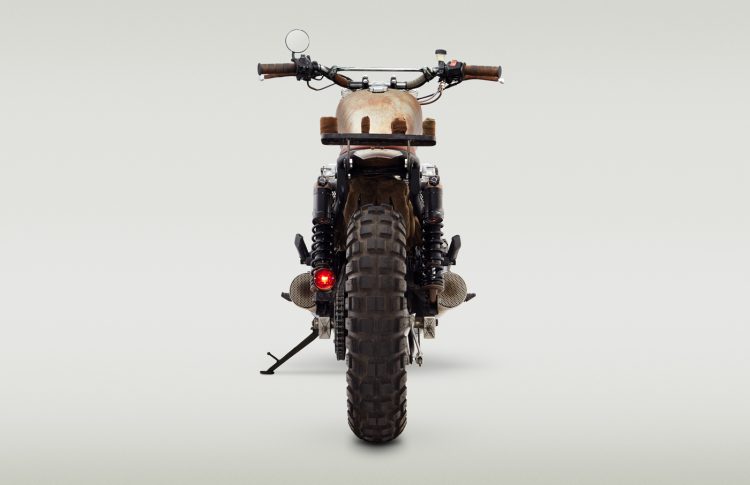 As you’ve guessed from looking at the images, ‘post-apocalyptic’ is the buzzword here. The series designers wanted a motorcycle that could handle all terrains, be believably reliable and customized for functionality. Function over form, rather than aesthetics, but the result happens to tick all of the boxes and appeal to the eye too.

The incredible task was undertaken by Classified Moto from Richmond, Virginia, who were roped in by one of the show’s lead actors, Norman Reedus, who’d already had a bike built by their capable hands. The show’s main writers and executive producer Scott M. Gimple, gave them the direction and the results are amazing. 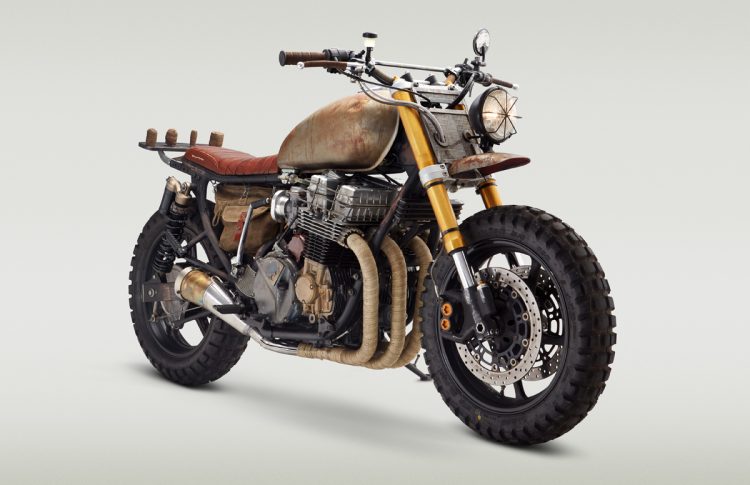 Classified Moto used a 1992 Honda CB750 Nighthawk as the donor bike and replaced the front end with the stock wheels and brakes from a Yamaha YZF-R6, mounted on Progressive Suspension 970 Piggybacks. Throw a XS650 reproduction tank on the top and bolt on a set of ProTaper SE CR High bend bars and you’re almost there. Add a set of sensibly knobbly Kenda Big Block tires and get ready to take on the apocalypse single-handedly. 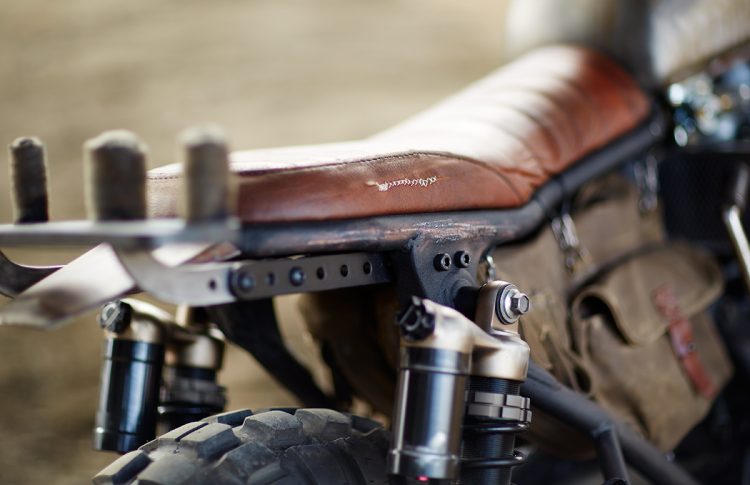 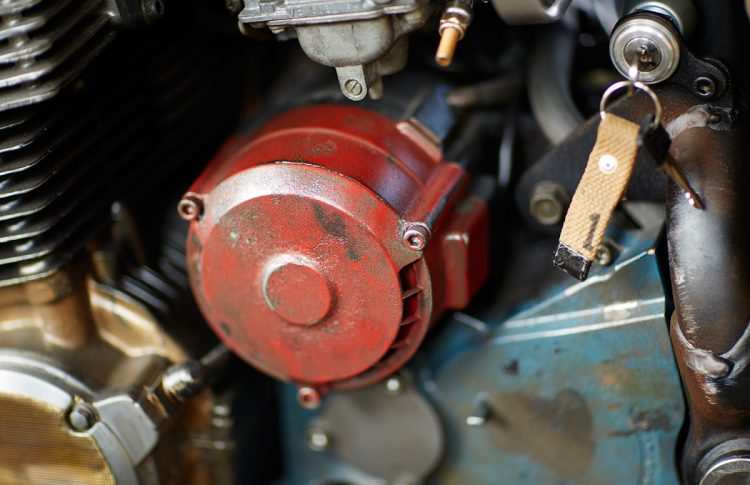 As with all custom motorcycles, the secret to success is the minor detailing. Personally, I love the added kickstarter; it adds a degree of sensibility to the package. The distressed leather seat provides the realism and the cheeky under-the-seat waxed canvas bag provides the practicality. Let’s not even mention the custom crossbow rack that’s tacked on the end – it’s genius. 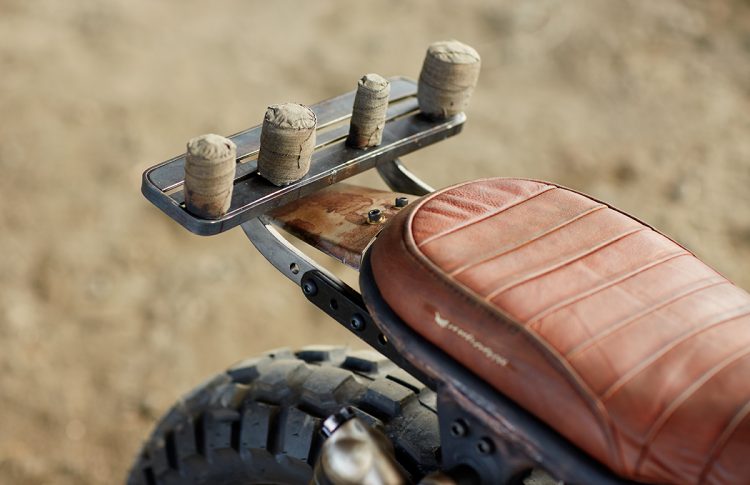 In terms of aesthetics, you have to take your hat off to Classified Moto. That kind of aged patina should take years to produce but they managed to fake it perfectly, which is no mean feat. It took a combination of laboriously layering paint, sanding it back, heating it up and blasting it to death and to top it all: they had to make two identical machines for the sake of continuity!

Sadly, they’re not for sale either but if you want something similar, you can always pay Classified Moto around $16,000 for something similar. If that price is too steep, I’ve got a few things rusting away in the garden that might interest you…