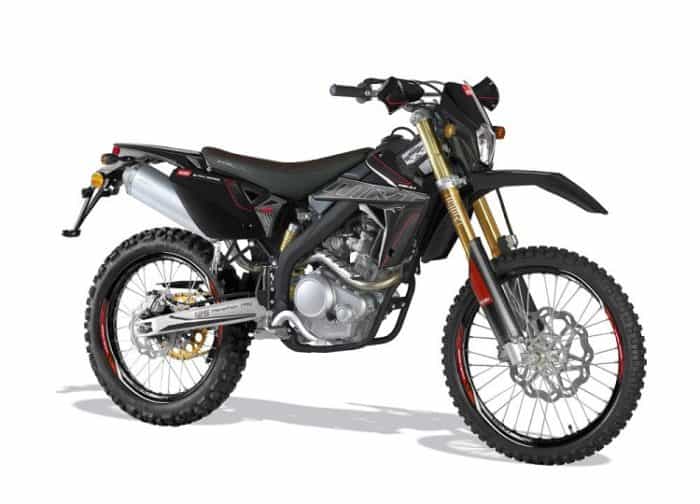 In the market for a new off-roader? Before you commit to the usual Honda, Kawasaki, Yamaha or KTM, why not check out some other quality dirt bike brands that you may not have heard of first? As much as we love the motorcycles manufactured by the biggest industry names, there’s a whole world of variety out there that rarely gets the attention it deserves. And we’re not talking about obscure Chinese brands with dubious quality and manufacturing methods either – we’re talking about small companies with long and illustrious histories, with small production lines that employ talented craftsmen and women to build quality machinery. Sometimes, the best dirt bike brand isn’t one of the bigger names. 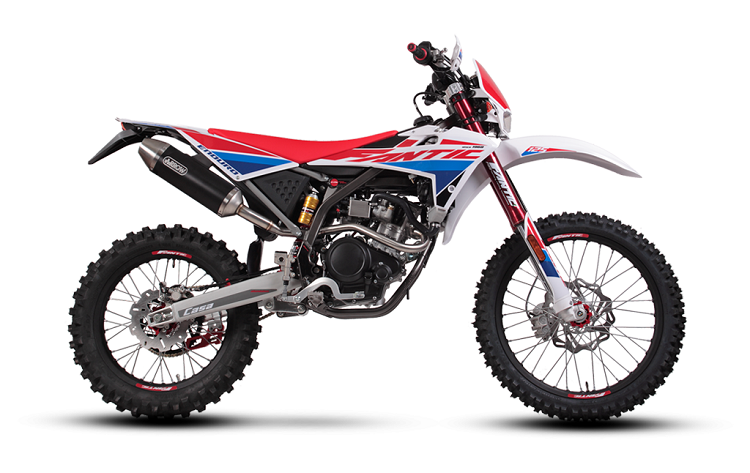 It’s easy to forget these smaller businesses but while Honda might make a good dirt bike, perhaps the one you really need comes from the Montesa factory instead? But you’ll never know unless you take a good look around. For that reason, we’ve compiled a list of some of our favorite dirt bike brands that are often overlooked. Some of these you will have heard of (we guarantee that you’ve at least heard of one of these) but hopefully there are a few that are new to you. Granted, some are now affiliated with bigger manufacturers these days, but they are all still independent manufacturers in their own rights. So, let’s take a look at some of the more obscure dirt bike brands still trading today. 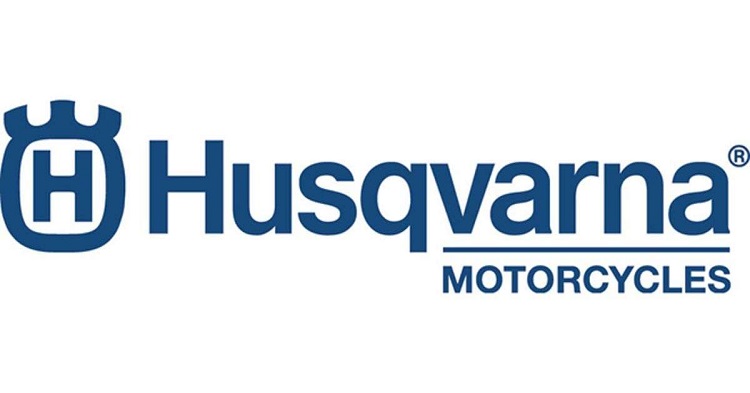 While Husqvarna is moving back into the spotlight thanks to its partnership with KTM and the development of the gorgeous Vitpilen and Svartpilen models, many people still wrongly think of chainsaws and sewing machines when they hear the brand name. Husqvarna Motorcycles is a completely separate company to the power equipment brand these days. However, the Husqvarna have been manufacturing motorcycles since 1903 making it one of the oldest dirt bike brands out there, and their dirt bikes are some of the best in the business. 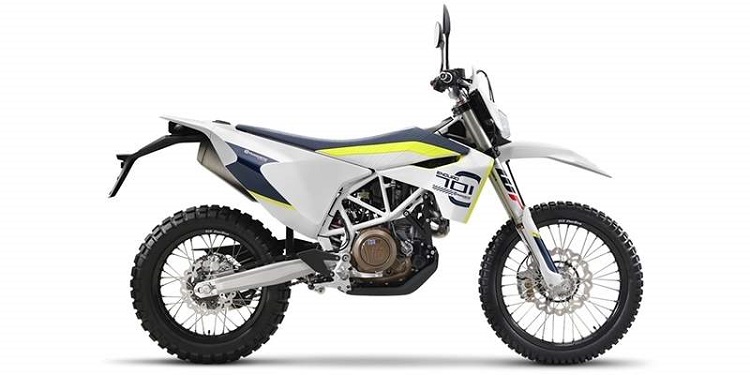 After becoming part of the KTM group in 2013, it looks like Husqvarna was going to be swallowed up by the Austrian company, but fortunately the name lives on and Husqvarna have continued to build and develop cutting edge dirt-focused motorcycles, and they’ve even developed a new fuel-injected two-stroke engine that could revolutionize the two-stroke industry. If we had to pick our favorite Husqvarna, we’d suggest the 701 Enduro.

Founded in 1958, the Spanish motorcycle manufacturer Bultaco specialized in manufacturing single cylinder, air cooled, two-stroke motorcycles until the company closed its doors in 1983. While it enjoyed a long run of success all over the world, particularly in the USA where Bultaco’s 250cc Pursang was the go-to choice for off-road speed racing, civil unrest and other contributing factors saw the company shut down. 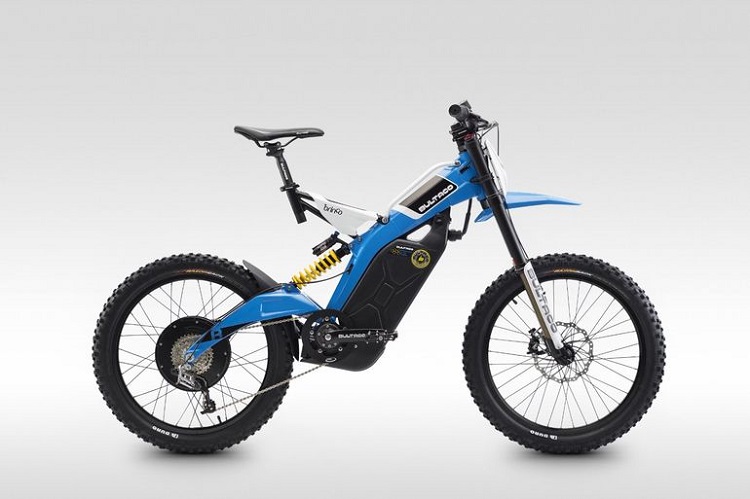 However, Bultaco was given a new lease of life in 2014 when the marque was resurrected with a new focus on developing electric off-road motorcycles for a new generation of riders. Bultaco’s new line-up features four models built on their new Brinco platform, and they’re a cross between a beefy mountain bike and a trials motorcycle. But the company is only newly restored, and more Bultaco machines are being developed as we speak.

The Spanish company Rieju has been around since 1934 but only began developing motorcycles in 1947: a 40cc moped with a grand total of one horsepower. Fortunately, the company has come along way since then and have managed to develop far superior models that have made a name for themselves on the European enduro scene. During the 80s, the marque was one of the best selling dirt bike brands in Spain and, thanks to winning several enduro races, managed to export to numerous other markets. 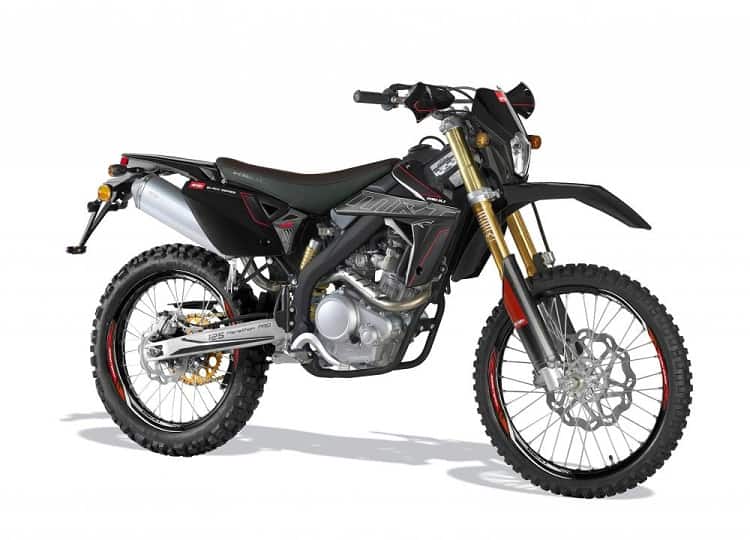 These days, Rieju might not be one of the most recognizable dirt bike brands out there, but after beginning a new partnership with Yamaha in 2011, we think you’ll be hearing more about them. Rieju’s current models are all equipped with Yamaha engines – and we think the Marathon 200 Pro model is one of their best.

The name “Sherco” might be familiar to you – as a literal amalgamation between the words “Bultaco” and Bultaco’s famous “Sherpa” model, it points towards the company’s origin, built after the demise of Bultaco back in the late 1980s. That being said, Sherco wasn’t formally formed until 1998, and they didn’t produce their first motorcycle until a year later in 1999. 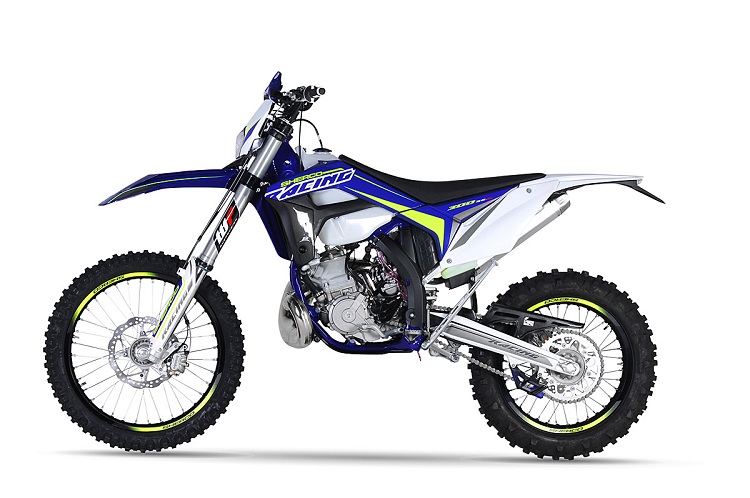 Since then, the Spanish and French company has become incredibly popular for building quality trials, enduro, and supermoto motorcycles. Using the best parts available and utilizing an incredibly well-engineered chassis and engine, Sherco stormed onto the scene and made waves. Their original motorcycle was so good that the chassis wasn’t updated for seven years, and the engine for twelve. These days, Sherco’s models make the most of WP suspension, Akrapovic exhausts systems, and other top end goodies. Our Sherco weapon-of-choice would be their 450 SEF FACTORY model.

As motorcycle manufacturers go, Montesa have had an interesting and colorful history. Founded in Spain in 1944 by Pedro Permanyer and Francisco Xavier Bulto (the same guy who founded Bultaco) Montesa became a major player on the racing scene, on road and off. While excelling in trials competitions and enduro events, Montesa also built decent road racing machines, but after a disagreement between Permanyer and Bulto, the company split with Bulto leaving and forming Bultaco. Permanyer stuck to his guns and continued pushing Montesa down a more off-road and trials oriented trail, which ultimately paid off. 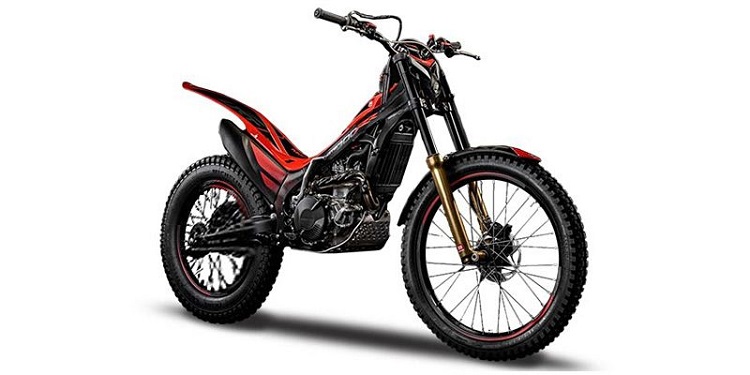 During the 80s though, the Spanish economy took a turn for the worse, and Montesa struggled to survive. Fortunately, Honda swooped in and saved the company, and still sells championship winning Montesa models until this day. Today, Montesa is still one of the strongest dirt bike brands on the scene but usually just gets labelled as Honda. Montesa currently offer the COTA 300RR and 4RT260 trials models. Annoyingly, the US versions of the COTA models come without headlights – but anyway, who rides trials bike in the dark anyway? 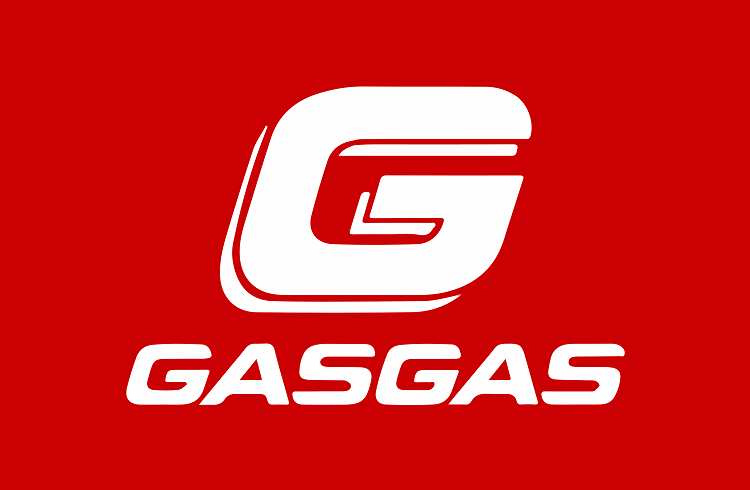 As you might have guessed by this stage in the list, the Spanish are responsible for more dirt bike brands than you thought possible, right? How about we add another one? Gas Gas specialize in manufacturing top quality trials and enduro bikes and have been doing so since 1985. With Bultaco closing down, two Spanish dirt bike dealers found they had nothing to sell, so they decided to get together and build their own products – thus Gas Gas was born. 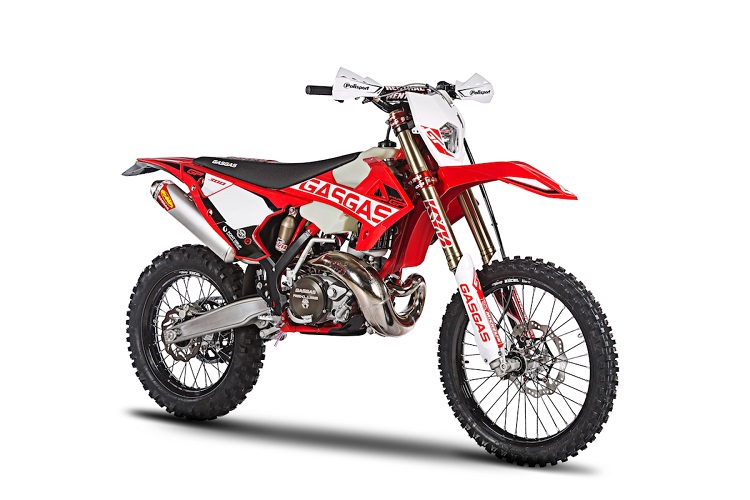 Between then and now, Gas Gas have managed to earn a reputation for building quality dirt bikes – which are predominantly made by hand –  from their Catalonian factory. Gas Gas have already managed to make a name for themselves in North America, largely thanks to their odd choice of name, which US importer Gas Gas North America unusually converted into the strange slogan “Gas Gas = Fast Fast” during an advertising campaign that ran between 1999 and 2002. The Gas Gas EnduroGP is our favorite contemporary model. 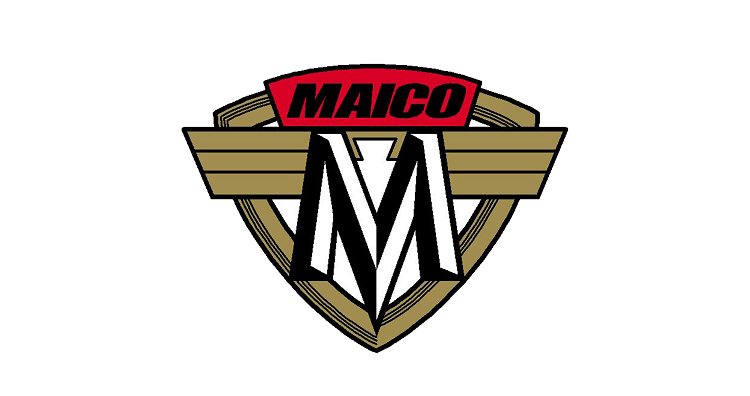 Maico is a motorcycle company that was founded in West Germany back in 1926. The company made a name for itself in a variety of ways, from manufacturing popular scooters and even building strange little microcars, but the firm is more famously known for its enduro and motocross dirt bikes. In the company’s long history it has been responsible for many dirt bike innovations, including forward mounted rear shocks and revolutionary tank design, but ultimately the company was forced into bankruptcy in 1986. 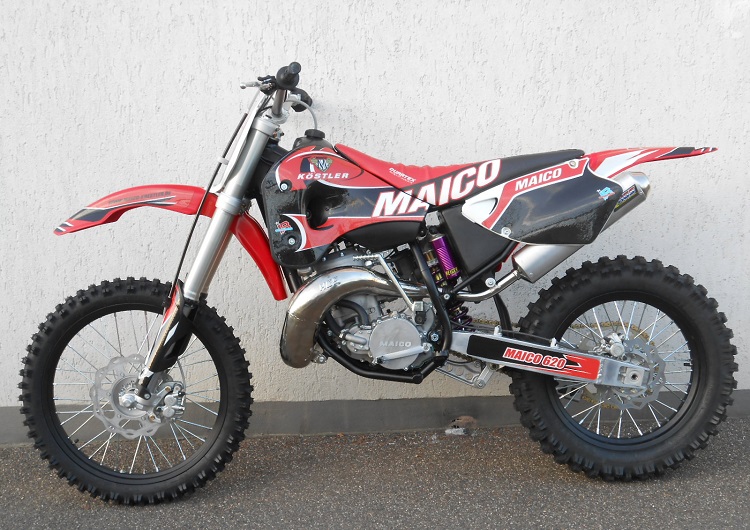 Fortunately, the Maico dream wasn’t over and thanks to the quality of their bikes, they developed a cult following and many enthusiasts kept the brand name alive. These days, a revived iteration of the Maico brand continues to build new motorcycles, with the new technologies. The best model in the contemporary line up has to be the Maico 685 Enduro ’18 – which offers a mammoth 82 horsepower – and costs an absolute fortune. 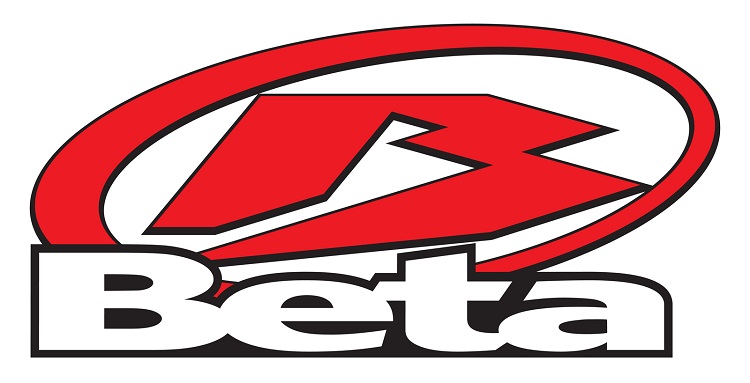 Named using a combination of initials from the company’s founders (Enzo Bianchi and Arrigo Tosi) Beta Moto originally started life as a bicycle manufacturer back in Italy in 1904 – but in 1948, the company decided to start building motorcycles. Like many manufacturers of the age, Beta Motorcycles focused on developing small capacity two-stroke motorcycles, but it wasn’t until the late 60s and early 70s that they began to develop off-road capable machines. By the late 70s, enduro motorcycles were the hot product and Beta made a name for themselves across Europe. 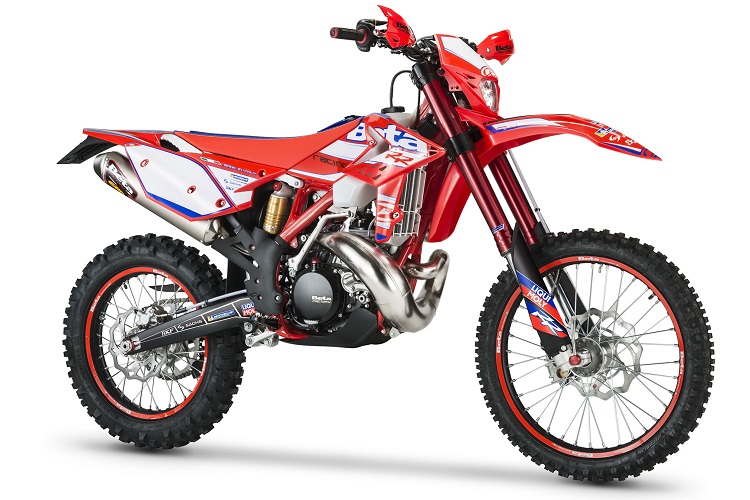 Unlike many of the dirt bike brands listed here, Beta never closed down during its 114 year history and still operate today. These days, however, the company uses KTM engines rather than its own – but that seems to be a winning combination, because Beta’s motorcycles have been ridden by World Trials champions such as Dougie Lampkin, Albert Cabestany and Jordi Tarres. The best enduro model from the modern line up is probably the two-stroke RR Racing 2T 250.

Scorpa began life in 1993 in France as a developer of trials motorcycles. The first model from the Ales based factory was a competition trials bike powered single-cylinder, two-stroke Rotax engine, called the WORKS 294. In in 1998, the company made a deal with Yamaha and would use Yamaha engines in their future models. Unfortunately, Scorpa went into liquidation in 2009 and endured some difficulties, but luckily, Sherco actually purchased the company and Scorpa now produce a range of two and four-stroke trials and enduro motorcycles. 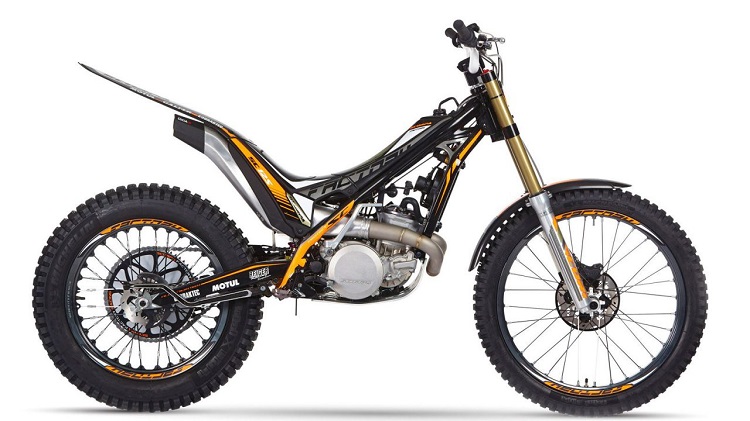 These days, Scorpa only export their sophisticated trials bikes to the USA, while their European distribution network includes a couple of cool looking dirt bikes. So, if you’re into hardcore trials riding, then you might want to consider checking out what Scorpa has to offer. The SC-250 model looks particularly tasty.

Fantic Motors is an Italian manufacturer of motorcycles that was founded in 1968 by Mario Agrati and Henry Keppel-Hesselinkis. The founders goal was simple: to produce the finest Enduro machines of the day – and to some extent they succeeded. Throughout the 70s Fantic were a force to be reckoned with, and managed to export their models all over the world. By the 1980s, the company was a common entrant in many prestigious competitions, winning as many as three titles in the Observed Trials World Championships, and seven wins in the Scottish Six Days Trials too. 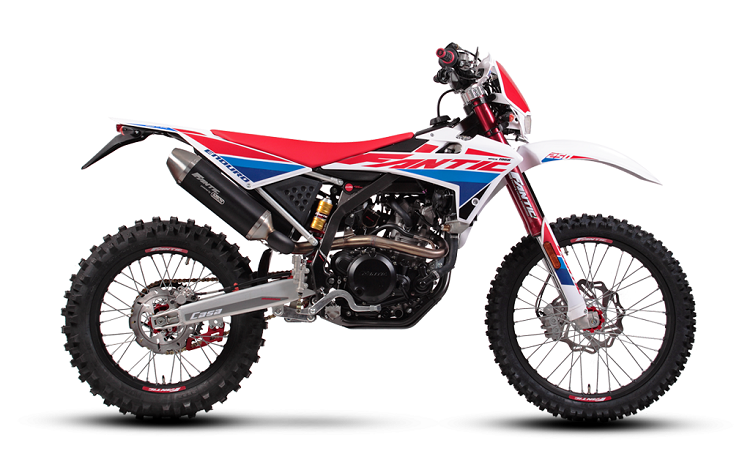 Luckily, Fantic was one of the dirt bike brands of the 20th century that managed to stand the test of time. These days, the company mainly specializes in enduro and trials machines, as well as sports oriented bicycles. Unfortunately, they no longer import to the USA but that may change in the near future. If you’re after a Fantic model, we think that the 250E Casa is a fantastic option.

What is the best dirt bike brand?

The best brand is hard to define. The best brand for the average rider is the one that they can afford. In terms of off-road prowess, the best brand would have to be KTM, which has dominated most off-road competitions and championships in recent years.

What are all the dirt bike brands?

The top dirt bike brands are:

There are many other brands out there, including off-brand dirt bikes, Chinese dirt bike manufacturers, niche motocross brands, and specialist electric dirt bike makers.


The Brabus 1300 R: Lavish Street Beauty with The Heart of a ...
The 1995 Judge Dredd “Lawmaster” Motorcycle Sells At Auction...
The Lamborghini Motorcycle Design
10 Of The Most Ridiculous Over-The-Top Custom Baggers Ever M...
Dyna Guerilla Fat Bob by Rough Crafts Is A Work Of Art
10 Of The Craziest Motorcycle Stunts Ever Performed