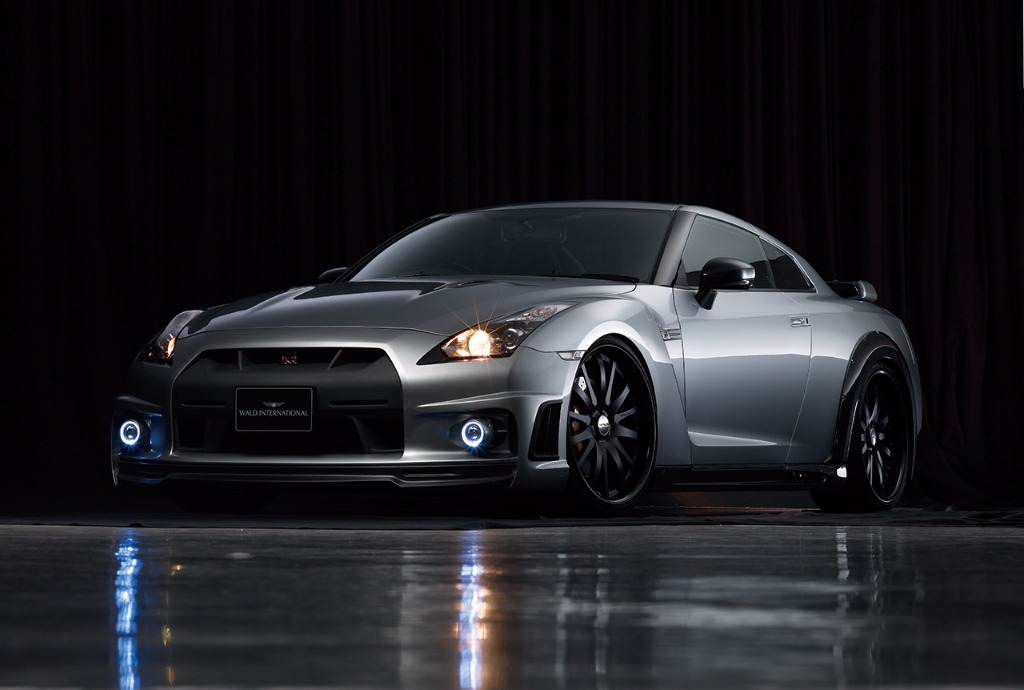 Thanks to the Fast and Furious movie franchise, street cars with heavy modifications have risen to the forefront in one subset of car culture. And no car has ever been quite able to contend with the mighty Nissan GT-R since the Bayside Blue 2002 Skyline R34 GT-R made its debut in the original “Fast and Furious” movie. 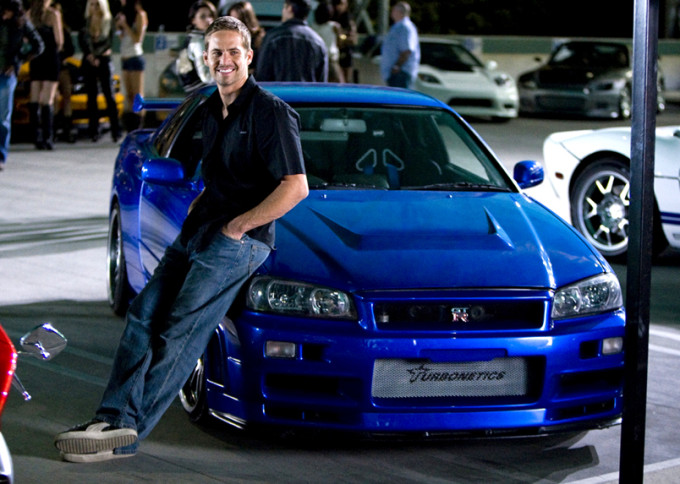 Sure many countries offer up worthy adversaries like the Porsche 911 Turbo out of Germany or the Corvette ZR-1 from the U.S. But just when it seemed like the competition was closing in on the GT-R, there are now a handful of tuners that have taken Nissan’s Godzilla and pumped him full of steroids. These five companies have turned out some of the most impressive mods for the GT-R. 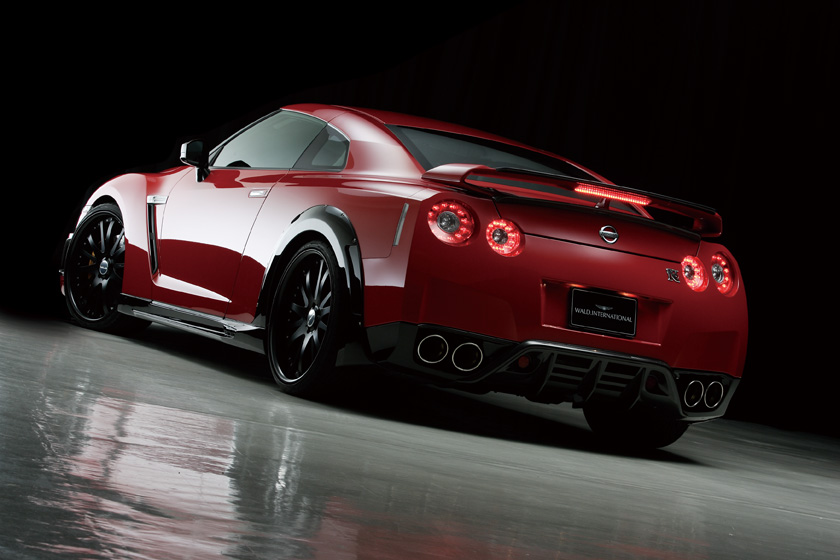 Wald International is a very famous tuner out of Japan specializing in aggressive aerodynamics. Most noted for its visual change-ups to high-end luxury vehicles from Mercedes, BMW, and Lexus, Wald put a ton of effort into creating an aggressive aerodynamic kit full of carbon fiber for the Nissan GT-R. The Black Bison kit comes with a carbon fiber front bumper with fog lamps, modified front and rear aprons, rear fender arches, and a side skirt set. The original rear spoiler is replaced with a carbon fiber diffuser. Wald gives us maybe the most visually stunning body kit on the market for a sleek and aggressive upgrade to the GT-R. 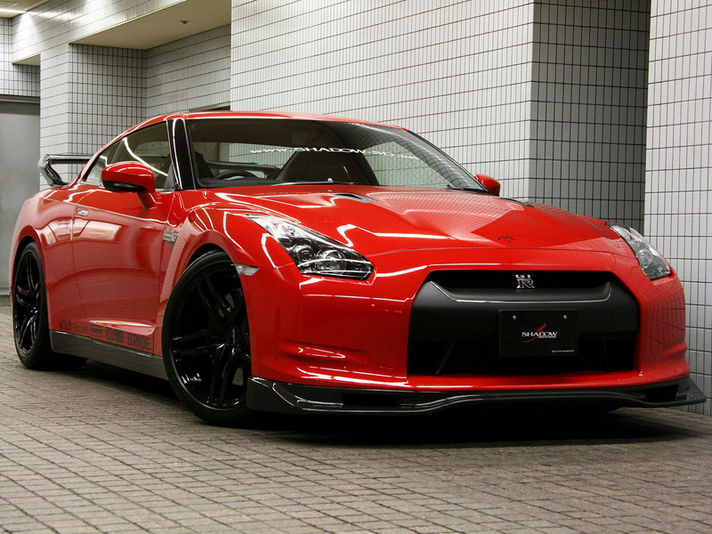 This Japanese tuner put the focus on weight savings for the portly Nissan GT-R with the big upgrade being lightweight magnesium wheels. To Shadow Sports, a company founded in 2007 specifically as an aero parts design company for Nissan, the GT-R was made for driving, so performance is their main goal. In addition to the lighter-weight wheels, the Shadow Sports GT-R features a carbon-fiber front spoiler with integrated ducts and a large carbon fiber rear wing for added downforce. For GT-R drivers coveting street style and improved handling, this package is hard to beat. 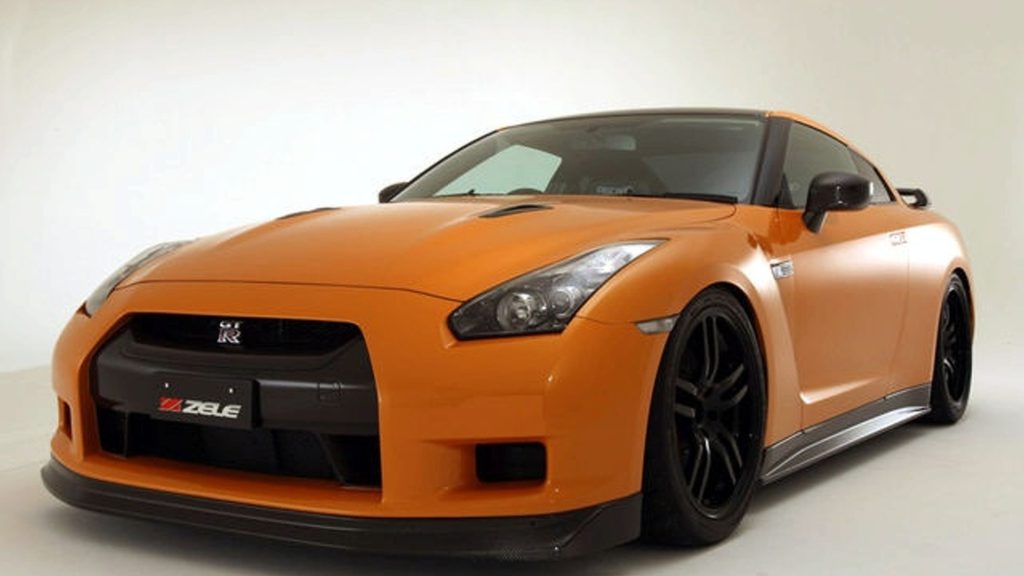 Yokohama-based tuner Zele Performance created a big jump in horsepower with a simple chip. The tuner optimized the GT-R 3.8L twin-turbo engine to give the GT-R a whopping 550 hp. Paired with their carbon fiber aero kit which features a streamlined front lip spoiler, front bumpers, side skirts, and rear spoiler, these Zele additions take the GT-R from eye-catching to head-turning. 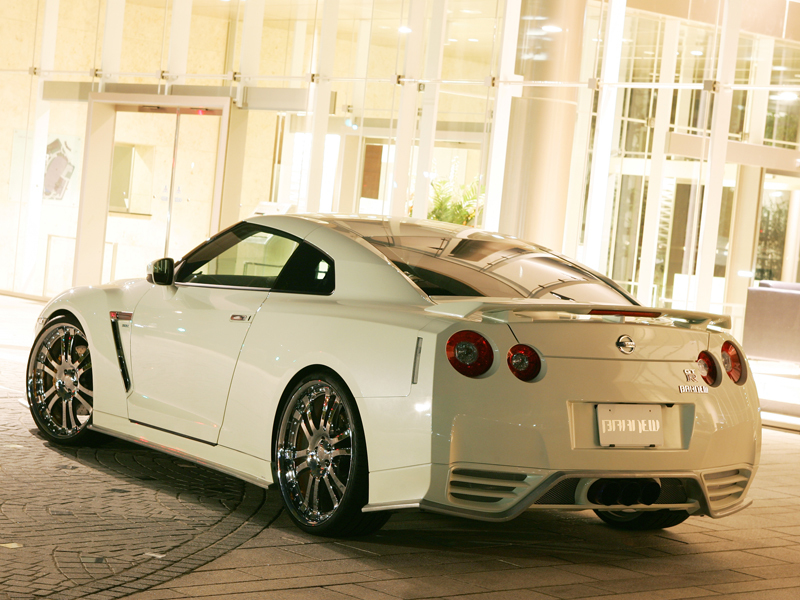 Branew has been creating visually stunning cars for years, and their GT-R body kit is no exception. Best known for pimping Bentley and Porsche cars, Branew gave the GT-R a fancy body kit and ridiculously huge 23-inch chrome rims. And while these blinding rims might be the most noticeable addition, Branew also upgraded the GT-R with the usual body kit accessories, outfitting it with new front and rear spoilers, side steps, and rear wing. 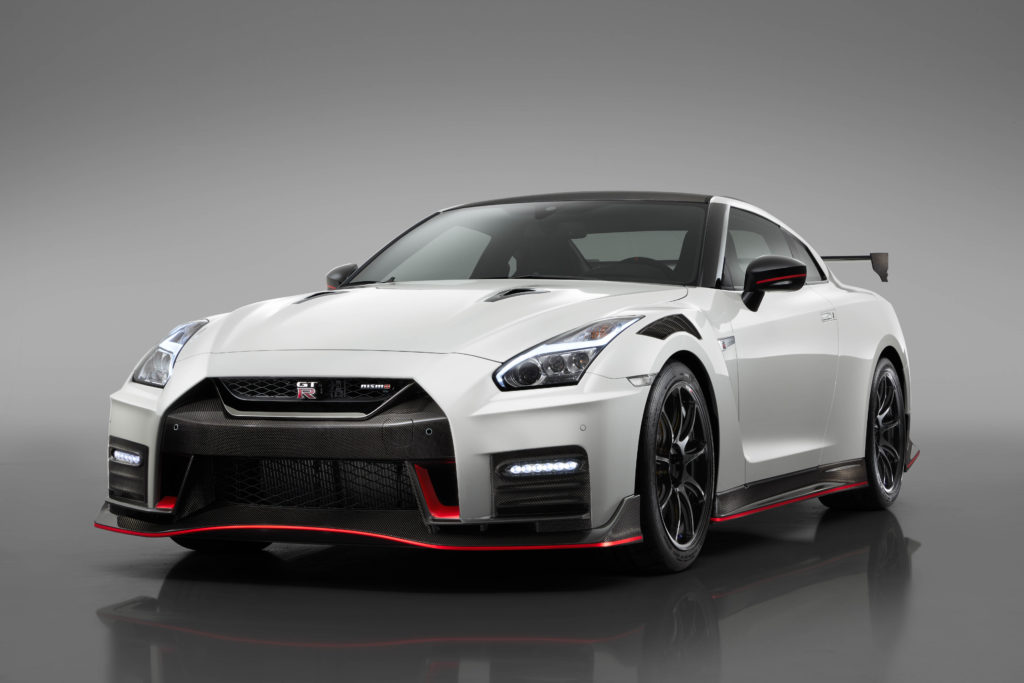 Last but definitely not least is the legendary in-house tuner Nismo. The Nismo package comes with a hefty price tag north of $200,000, but the GT-R retains its factory warranty which gives it an added appeal. The 2021 GT-R Nismo includes an adjustable Bilstein suspension and 20-inch RAYS forged aluminum wheels. Inside the car has been made race-ready and much of the interior has been stripped down and replaced with lightweight carbon fiber parts. 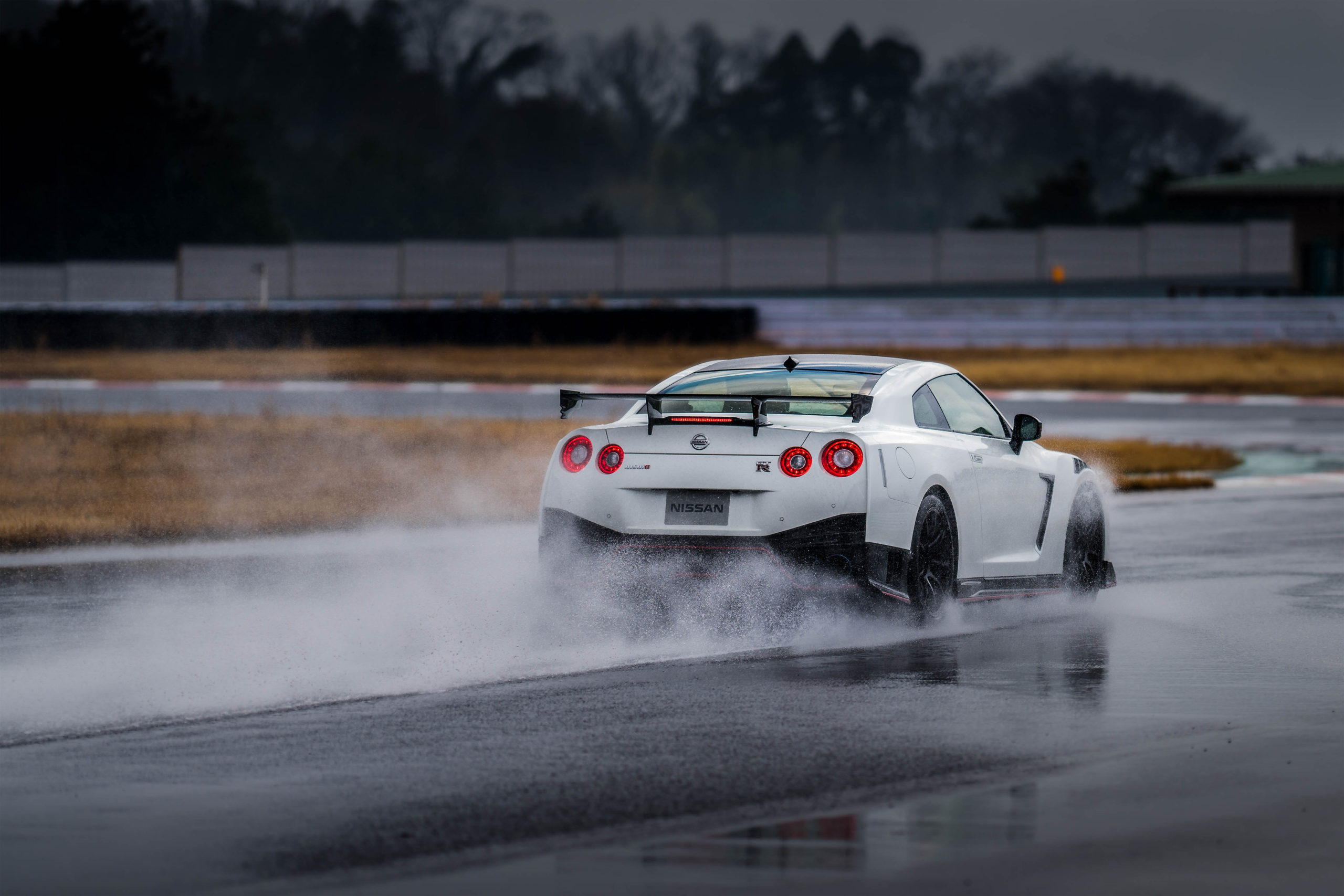 The latest edition also boasts what Nissan calls a “fanatically tuned” 600 hp 3.8L twin-turbo V6 engine, custom Brembo ceramic brakes, a 6-speed dual-clutch transmission, and all sorts of fancy carbon fiber bodywork. If you’ve got the money to drop on this factory-built GT-R, you’ll be treated to an excellent driver experience and a GT-R that looks as good as it drives. 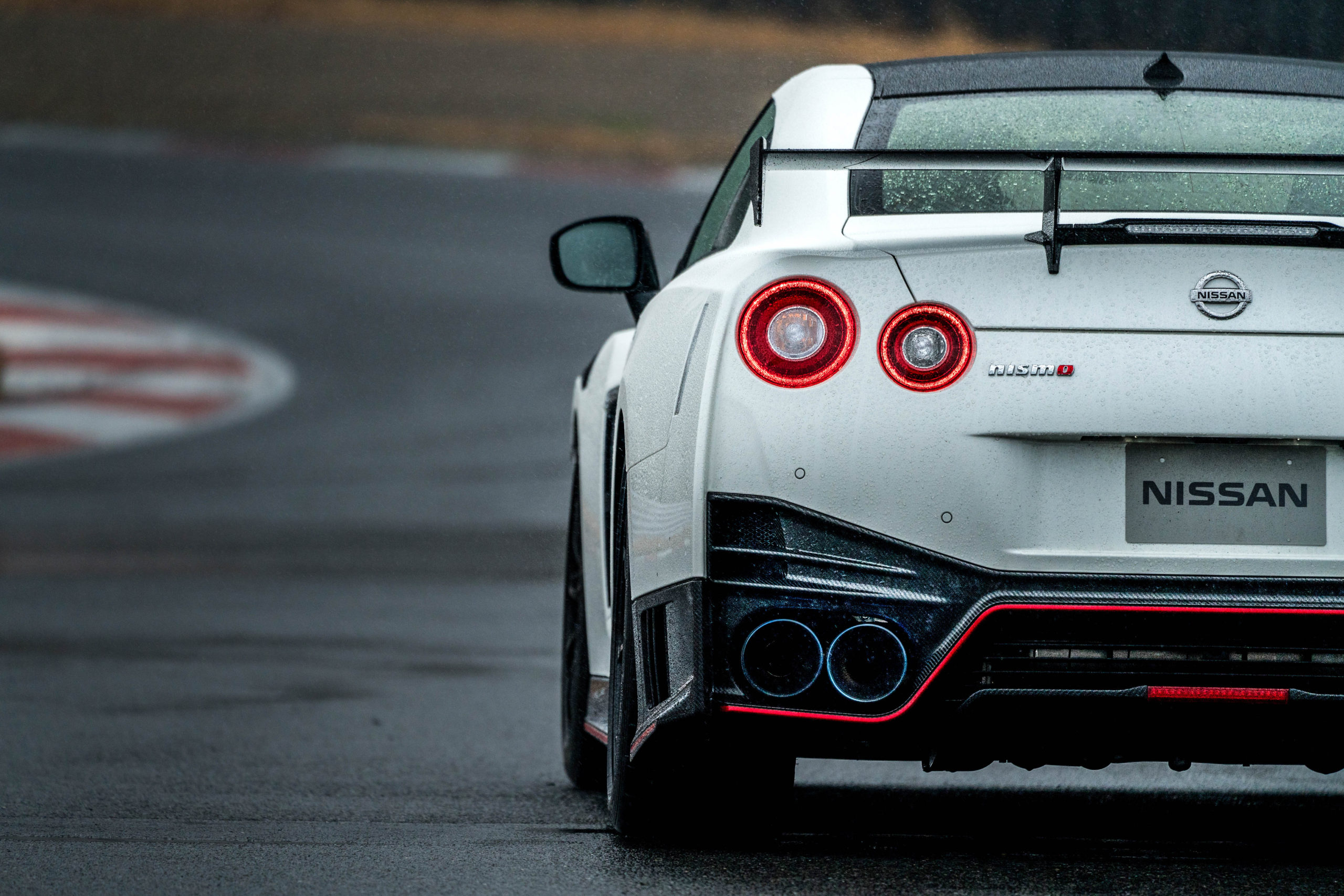