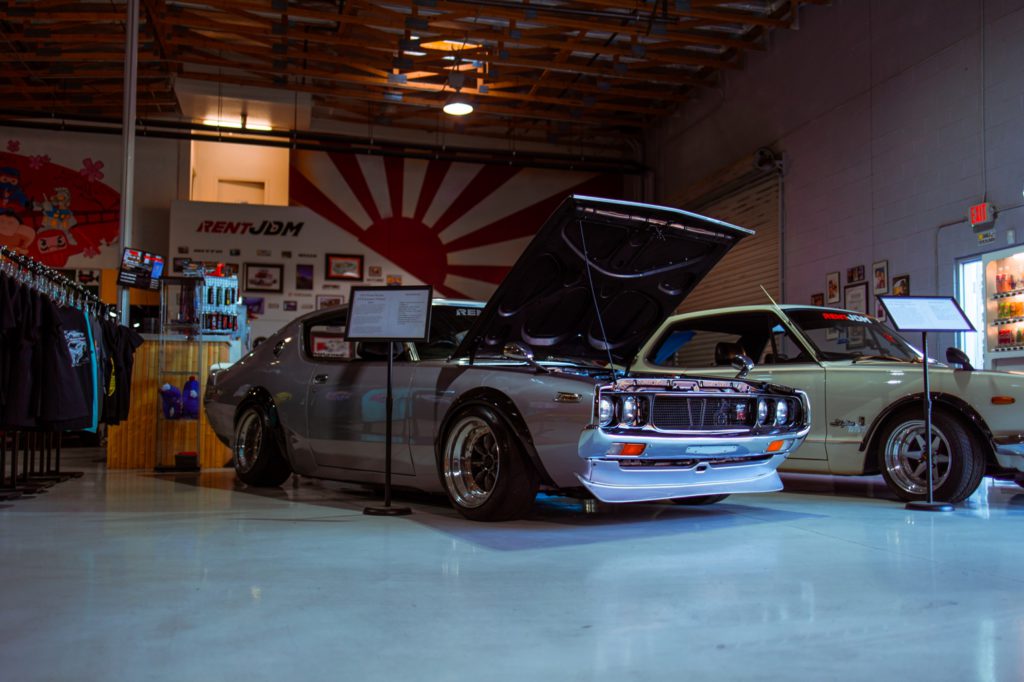 Rent JDM offers a number of imports for their ride and drive program, like this Nissan Skyline

Have you wondered what it would be like to drive a fabled JDM car like a Nissan Skyline? Or perhaps a small imported Kei car? Well, an enterprising shop in Las Vegas, Nevada can hook you up with your own JDM rental and can get you that once-forbidden ride.

Japanese Domestic Market: Cars That Never Made it Stateside

Foreign automobile manufacturers have often produced cars that were not designed for import into the United States. Either the financial wizards felt the demand to be insufficient, or the cars would not meet federal safety and emission standards. In fact, so many cars were not imported from Japan that enthusiasts labeled the models JDM — Japanese Domestic Market. Regretfully these right-hand drive cars never made it onto American soil in their original manufacturing run.

Oh, there were loopholes and determined owners with deep pockets who got a car or two across the ocean. But, an easier way was to wait for the cars to age and be 25 years old.

The United States created a “25-year rule” that allows the cars to be legally imported without worrying about any federal standards after 25 years after manufacture. However, whether the cars could legally be registered in one of the fifty states for use on the road still depends on the specific state regulations.

Craig Seidel was one JDM enthusiast who was able to import some JDM cars to his home in South Dakota, either by following the 25-year rule or a more restrictive “show and display” exception to the import ban. In 2006, he bought his first Skyline, a NISMO R32.

Others followed into his possession. People were intrigued and enjoyed seeing the imports when he showed them at cars shows in the Black Hills of South Dakota.

Ironically, Seidel started out as a truck guy but soon was taken with the JDM cars and their impact on others.

Siedel later moved to Las Vegas, Nevada, and brought his car collection along. In March 2019, he discussed with friends how he could get others to see and appreciate his cars and decided to seek out rental options. Seidel was cautious though, as he recognized that most drivers have no experience with right-hand drive cars and tend to underestimate where the car is in a lane of traffic. A typical car rental of a valuable and rare JDM rental car was not an option due to liability and insurance issues.

In June 2019, he started RentJDM with a bit different business model. When COVID-19 struck, the tourist trade in Las Vegas slowed, and Siedel reanalyzed his business concept. He also discovered his business insurance had some liability issues, so he shifted his direction and now runs the company as a museum and a dealership. The company currently has a total of 37 cars on display with eleven available for rental use.

Rates vary depending on the car you choose, but for the entry price point, generally from $100 and up, you get a souvenir pin and a chance to ride shotgun as one of Seidel’s employees gives you a short 30-45 minute demo ride.

At the next price point, you get a key chain and can drive the car on a select route with an employee overseeing the “test drive.”

Or if you just want to see the cars in the museum, along with arcade games and some themed art, Seidel charges $10 a person, or $5 for local residents.

By riding in the JDM cars you can get a sense of the handling and acceleration. Plus users can confirm that they will fit comfortably in the cars. For some guests, that is all they seek, while others can return home and start efforts to find their own JDM car.

Seidel finds that his audience is varied. Teenagers and visitors in their 20s tend to know all about the JDMs and the vehicle’s backgrounds. Guests in their 40s remember seeing these cars in movies and want to see them in action. Regardless, all are in awe and appreciative when they can see and experience these rare (in North America) cars in person.

As more cars become eligible for import due to their age -remember that 25-year rule-, a chance to test drive a JDM rental can be a crucial element in an enthusiast’s quest to get behind the wheel of their very own JDM.