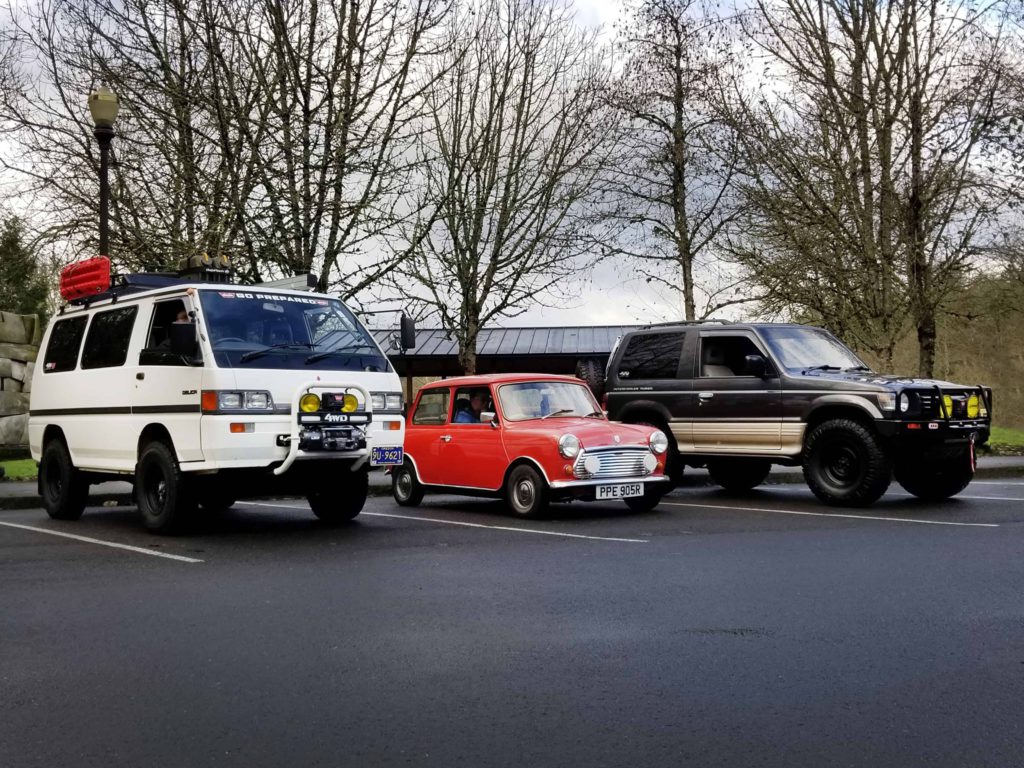 Right-hand-drive vehicles in the USA are as unique as the drivers who pilot them. And no, they’re not all mail-carrying cargo vehicles. They’re quirky cars, SUVs, vans, and trucks. They’re different—yet uniquely awesome.

It doesn’t matter if it’s an on-road cruiser or an off-road rallier, owning any kind of right-hand-drive rig in the United States is attention-grabbing. What about their owners? They’re just as fascinating.

Owning Right-Hand-Drive Cars In The USA

Jeff Zurschmeide, who owns a variety of both left-hand and right-hand-drive rides, loves his 1976 right-hand-drive Austin Mini 1000. This tiny tot likes to grab attention. “I love the kind of primitive driving experience of an older sports car. Plus, people love to see the old cars out and about, so I always get to meet people and chat about my cars,” he exclaims.

In addition to Zurschmeide’s on-road cruiser, other RHD vehicles come in a variety of sizes and styles. From Toyota to Mitsubishi, Mini, to Nissan—each right-hand-drive rig has its own unique personality. Track drifters like the Nissan Silvia are popular among the race crowd. Dakar Rally championship vehicles like the Mitsubishi Pajero or ever-popular off-road rigs like the Toyota Land Cruiser are favorites among adventurers. A plethora of RHD cars are waiting to be discovered—but, only if they’re 25 years and older. (That is the import regulation on non-U.S. market vehicles.) 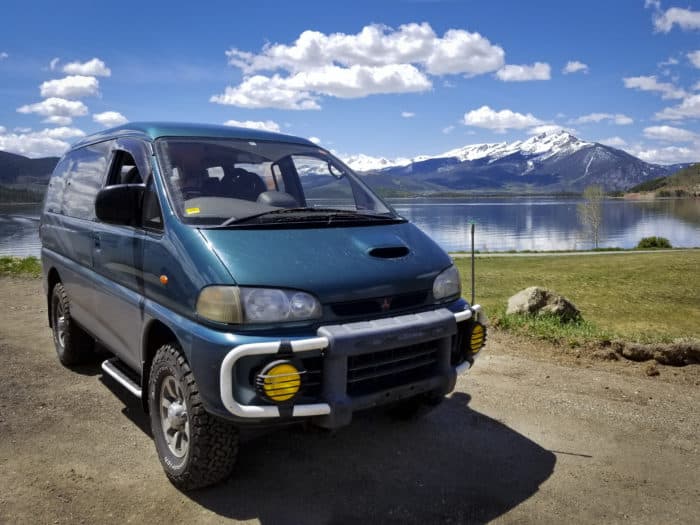 Lots of vehicles are available overseas that you can’t get in North America—short-wheelbase diesels, manual transmissions, on-road curve-hugging compacts, and more. Machines from RHD countries have many times been properly looked after due to strict regulations. They generally have lower miles (or kilometers) and weren’t exposed to the same hostile environment they’d see in certain parts of the USA.

RHD vehicles make passersby stare, smile, or get interested in learning more about them. Owning one can make it difficult to get to a destination quickly—random folks may talk your ear off about their right-hand-drive driving days in WWII. Other people, who have never seen one before, ask to see inside it and even peer under its hood. Owning a RHD rig in the USA is unique, and the people you meet on the road while driving one can be fascinating. 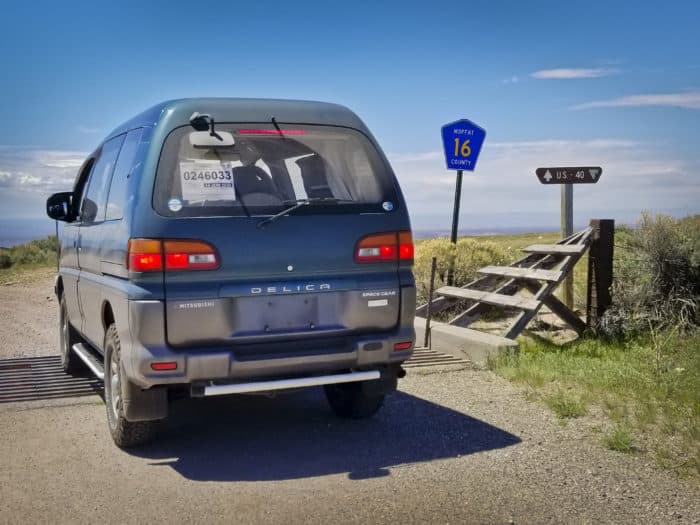 Challenges of Right-Hand-Drive Cars in The USA

Drive-thru windows can be a challenge. Owners need to either hop out, attempt to drive through it backward, or reach across the entire cabin to get serviced. Drive-thru services are best done when you have a passenger. After a few giggles from right-hand-drive vehicle owners and stares from drive-thru attendants, you can be on your way.

Additionally, toll booths and border crossings can be a stretch, too. Operators must go around the vehicle to grab paperwork or change, or RHD drivers must stretch across the car in order to finish the task at hand.

The radio band in Japanese imported vehicles only goes to 87 MHz, so owners need to swap out the radio or get a band expander that allows them to pick up local US stations.

Everything is in kilometers vs miles—so smartphone apps that convert speed from KPH to MPH help owners go with the flow. Additionally, fender mirrors on the JDM vehicles (for curbside parking in Japan) seem to throw people off.

Turn signal and wiper blade stalks are switched from those found in US domestic cars. It never fails, RHD owners inevitably accidentally turn their wipers on when wanting to make a turn.

Parts can be difficult to find. Owners need to be patient and willing to talk to others should mechanical issues arise. However, international parts websites, online forum groups, as well as local NAPA stores are critical to keep RHDs running. These vehicles are old and are prone to wear. 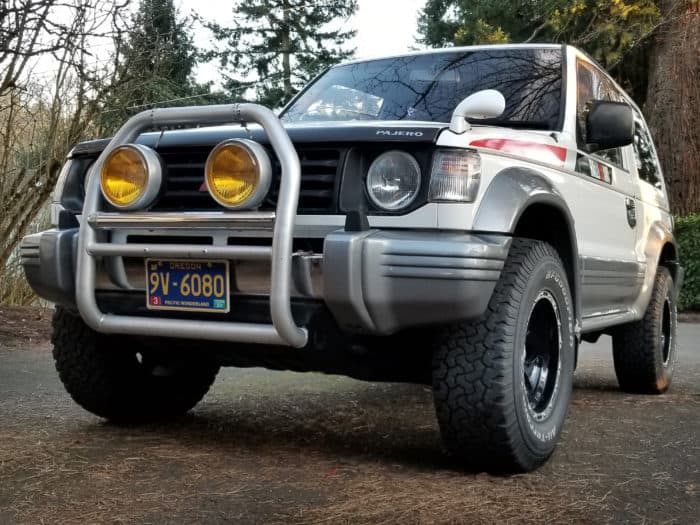 The US has a 25-year import law. This means no vehicle newer than 1995 (that were never sold or federalized in the US) can be legally brought in the country. Interested buyers can bring a vehicle in the country themselves (a lengthy process if they’ve never done it before) or work with an importer to bring one in. Additionally, customers can find already registered imported vehicles in the US and buy them from a business or private party.

If directly imported, RHD cars need to be properly registered, plated, and insured before any travel fun can begin. RHD vehicles don’t have a 17-digit VIN number, so depending on who you get at your local DMV office can make the difference between a successful registration or long waits as they check with other employees on how to handle your request. Some DMV offices may prove difficult to register RHD rigs, even if you have the proper import paperwork in hand. 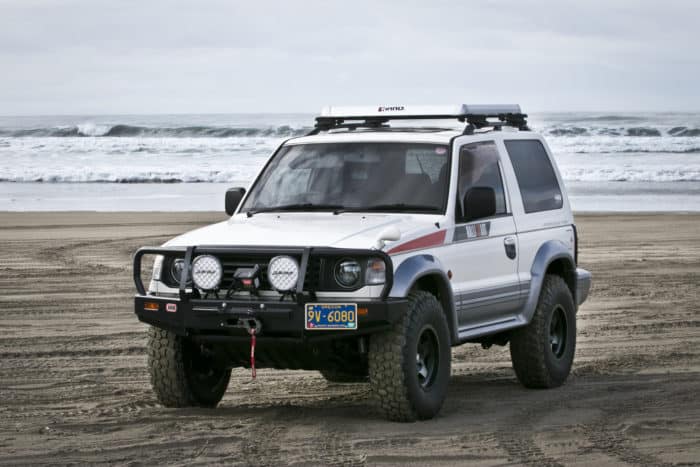 Insurance coverage may be tricky, too. But, certain insurance companies like Hagerty, that covers specialty vehicles, are good places to start. Other RHD vehicle owners have successfully insured their dream rigs with them.

Installing US license plates on RHD cars can be tough—the mounting holes are wider in Japan than its American cousins. Have no fear, however, mounting kits are available online if you’re not a modern MacGyver to finagle something yourself.

Examples: Right-Hand-Drive Cars in The USA 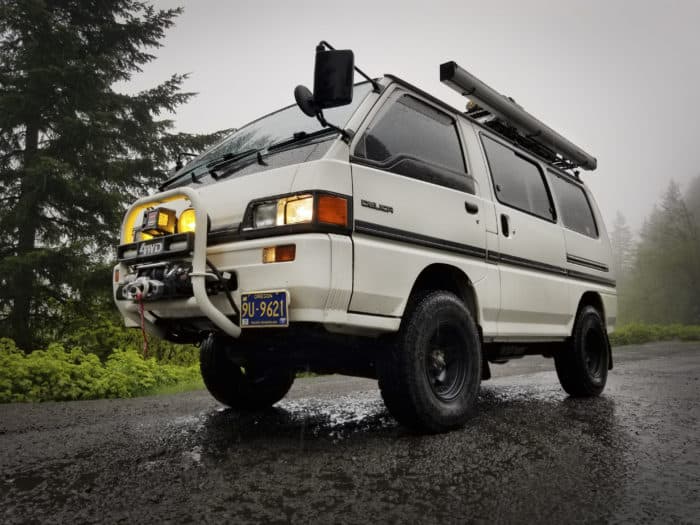 This 1989 RHD Mitsubishi Delica Star Wagon is surely something that’s landed on Mars many moons ago. So much so that it earned the name Space Tractor. Along with its oddball and quirky appearance, this 4×4 van is turbo diesel, has a manual transmission, and can be used in multiple ways. From carrying heavy cargo (the seats can be removed via a few bolts), or cruising around with up to seven passengers, this run-about gets lots of looks. Delica Star Wagons also quickly conform into a camper van as its rear and middle seats fold completely flat, begging for overnight camp sessions in the middle of nowhere. 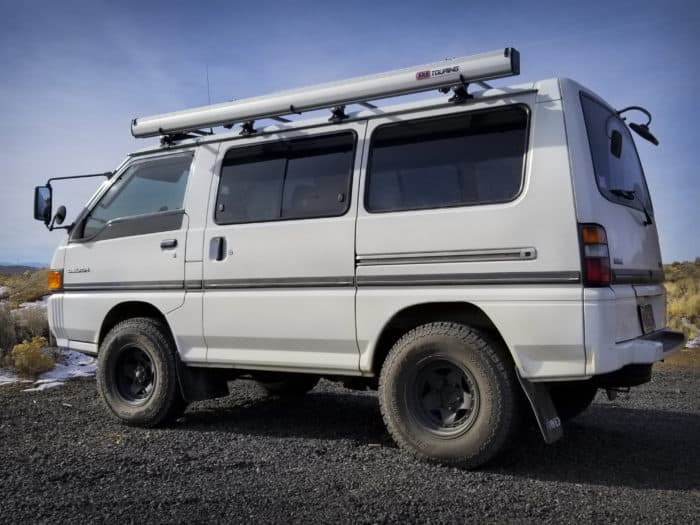 Delica Star Wagons are armed with a speed warning chime. It gently dings when it travels faster than 100 kilometers an hour (62 MPH). It reminds the driver, “Please slow down, sir.” Its pinging dingdong sound doesn’t work right all the time. Sometimes it misses its calling or rings persistently, other Delica owners say this particular owner should be happy his works.

The Space Tractor entered the US as a bone stock 4×4 van. It was built up to tackle a variety of off-tarmac opportunities: beefy Yokohama all-terrain tires, a WARN M8-S winch, and roof rack housing spare diesel, spare tire, an awning, and then some. It was built as an adventure van that tours all across North America. 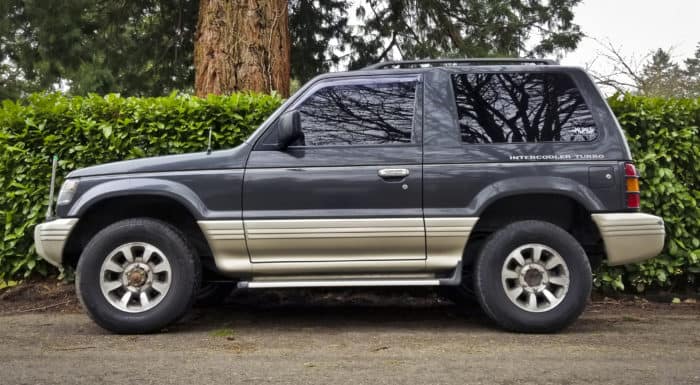 At first glance, this vehicle may remind you of a Mitsubishi Montero or an early ‘90s Dodge Raider. This 4×4 SUV is a cousin of both US-based vehicles. It’s a Japanese imported 1991 Mitsubishi Pajero. This two-door adventure mobile is a turbo-diesel and is coupled with a manual transmission. It spent the last one-and-a-half years of its life in the US being customized into a 4×4 rally rig. 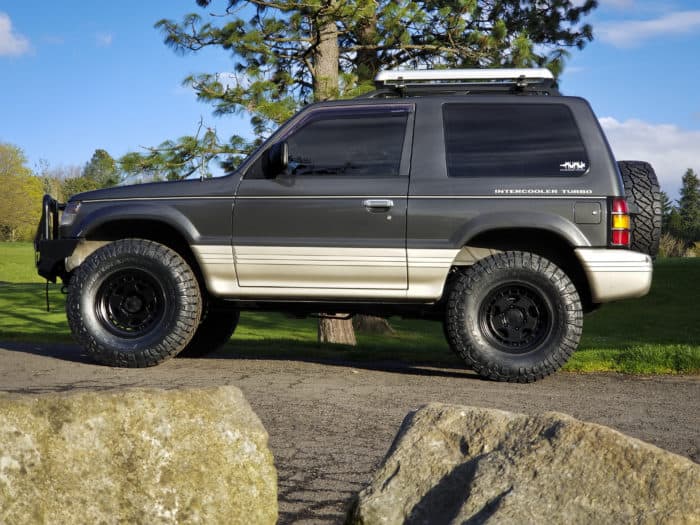 This Pajero, known as the Terra Tractor, most recently spent time traversing the western side of the US. Most recently, however, it crossed thousands of miles of the Arctic tundra, as it competed in the Alcan 5000 Rally. The Terra Tractor was armed with critical upgrades. 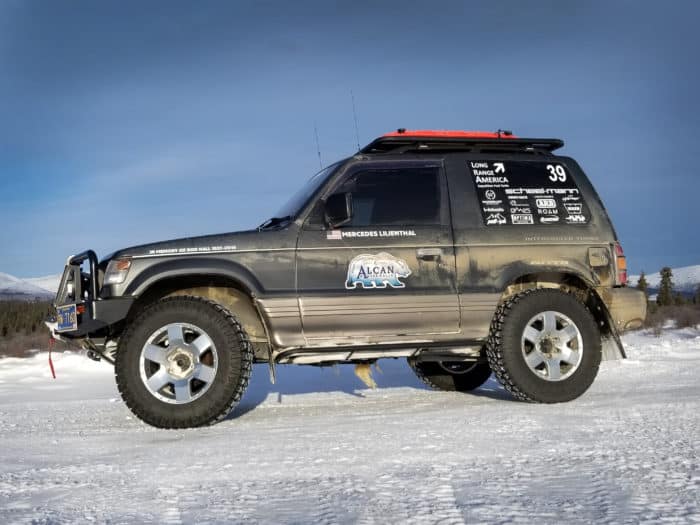 An Australian diesel auxiliary tank from Long Range Automotive (imported via Long Range America) ensured diesel-powered success when fuel up North is scarce. Scheel-Mann seats kept occupants comfortable as the little Japanese import trekked its way from Seattle to the Arctic Ocean, then down and over to Anchorage, Alaska. A Webasto coolant heater kept the Pajero’s engine warm during off-hours as temps dipped to -40.

Albeit the Pajero being slow, this Japanese Domestic Market import adventure rig has proven its imported worth. Imported cars can be fun and a true project, no matter if owners keep them bone stock or customize them as both Mitsubishi owners have.

There’s a resounding theme here. Right-hand-drive vehicles are unique. They’re quirky and different. No matter if it’s a street loving Austin Mini, an eccentric Delica camper van, or even a built-up Pajero that digs dirt—life on the right can be pretty interesting. It goes to show that owning a RHD vehicle in the United States can be an attention-grabbing endeavor.