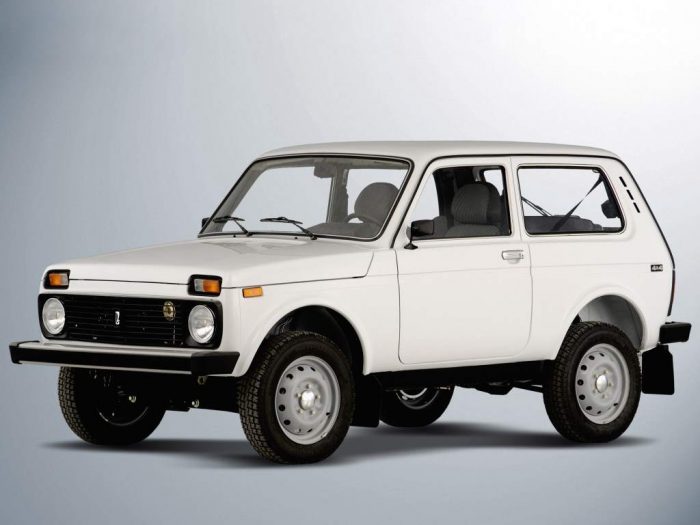 American drivers enjoy an incredibly diverse choice of automobile makes and models, including imports from far-flung corners of the world. Yet, over the years, a number of intriguing foreign vehicles were never imported to the U.S.A. (officially, at least).

Here are ten cool cars which, for a variety of reasons – including the costs of satisfying stringent U.S. “federalizing” regulations and the impracticality of making left-hand-drive versions – seldom sat in a stateside showroom.

These Are The Best Foreign Cars That We Never Got! 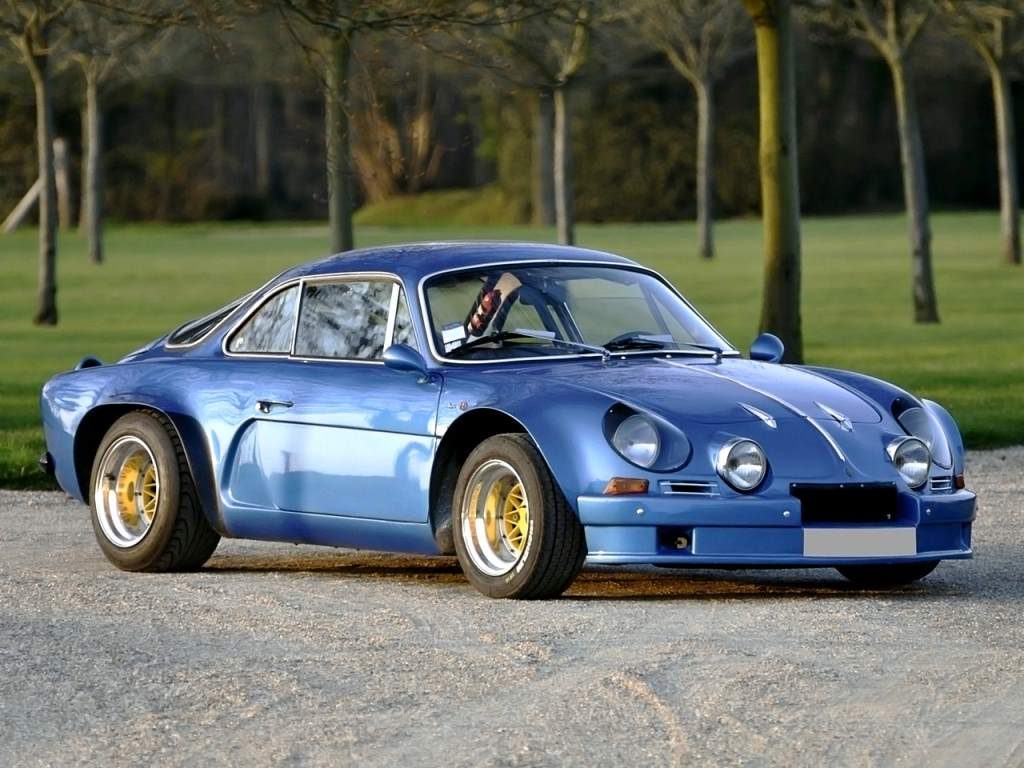 Alpine is a long-established French automaker whose super-sporty creations are powered by rear-mounted Renault mills. Its A110 “Berlinette” coupe (1961-77) is perhaps Alpine’s classic creation. This fiberglass-bodied beauty, which delivered Alpine-Renault the first World Rally Championship in 1973, boasted up to 140 horsepower and 136 mph. Built in very limited quantities, most A110’s in America were privately imported later in life, and U.S. enthusiasts might have better luck finding the (still extremely rare) Mexico-made Alpine-Renault Dinalpin variant. Yet some sort of Alpine may still arrive stateside, as Renault announced plans to revive the brand with the unveiling of its A110-inspired Alpine Vision Concept last year. 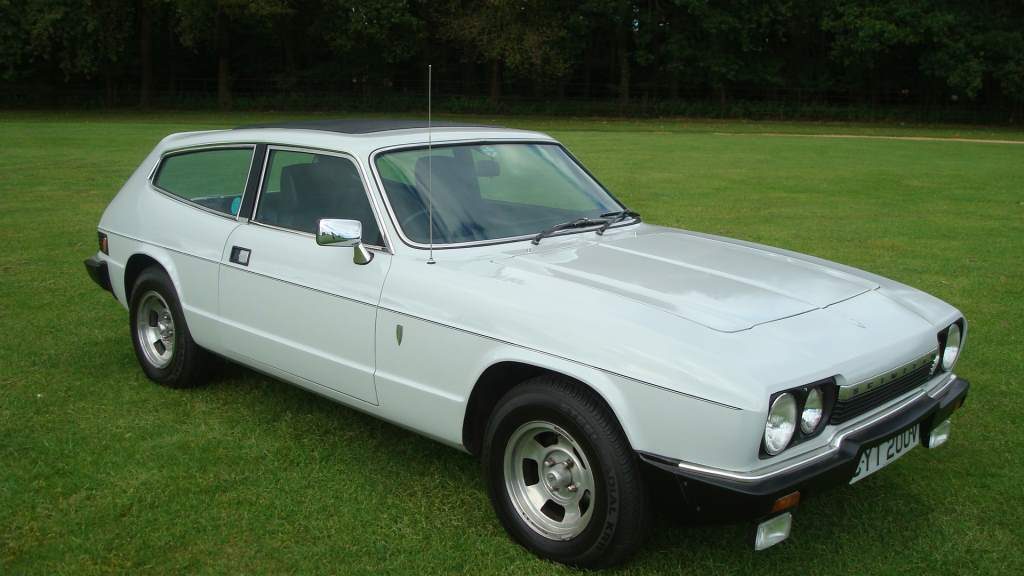 Best remembered for quirky three-wheelers and spartan economy rides, England’s Reliant also made some single-minded sports cars. The most popular and striking of these, the Scimitar GTE, created a new market niche and enjoyed an 18-year production run (1968-86). This “Grand Touring Estate” (GTE) was a bold new idea at the time: a peppy yet practical 2-door station wagon which, with a Ford V6 and lightweight fiberglass body, offered both genuine driving thrills and sufficient space for a young family. Financial constraints prevented Reliant from ever federalizing this stylish shooting brake, but the mysteriously Scimitar-similar Volvo P1800ES (introduced in 1971) did cross the pond. 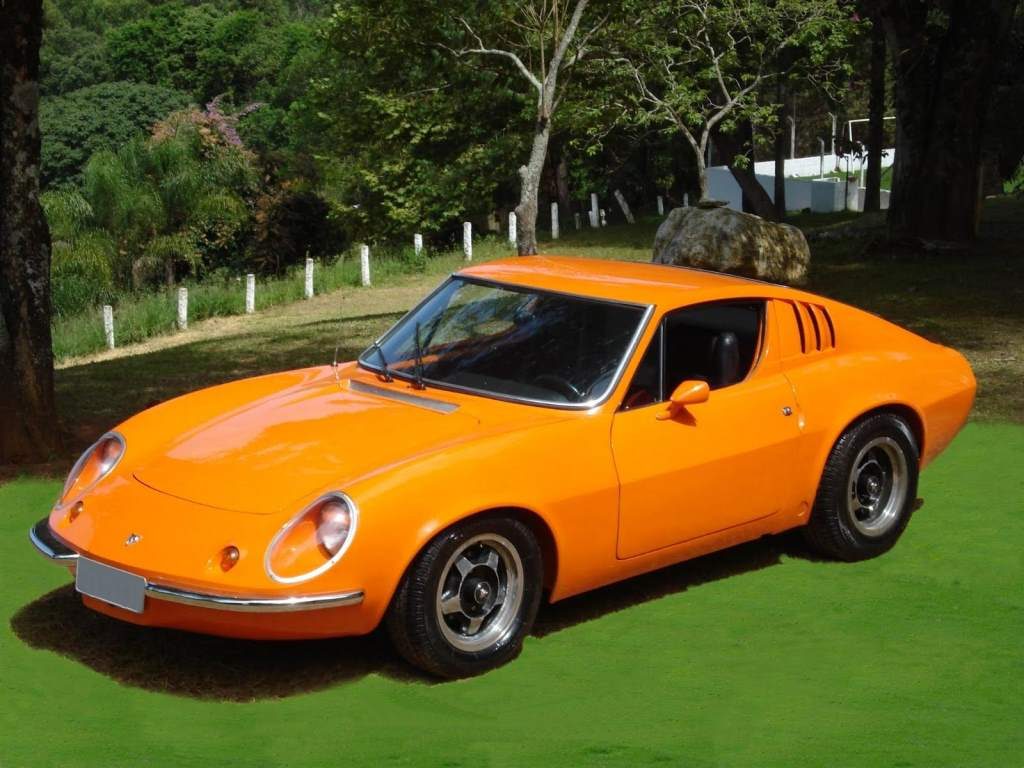 The very existence of Puma cars is down to high import tariffs – not in the U.S., but in its native Brazil back in the 1960s. The restricted selection of cars available to Brazilians inspired an Italian-born entrepreneur called Rino Malzoni to create his own “DKW-Malzoni” model which, under Volkswagen ownership in 1975, spawned the rear-engined, Volkswagen Karmann Ghia-based Puma GTE. This fiberglass, air-cooled upstart offered little in the way of performance and certainly didn’t sound like a sports car, but its compact curves did hint at its Italian heritage. To skirt regulations, Pumas were exported to the U.S. only as kits and complete, running examples are extremely rare. 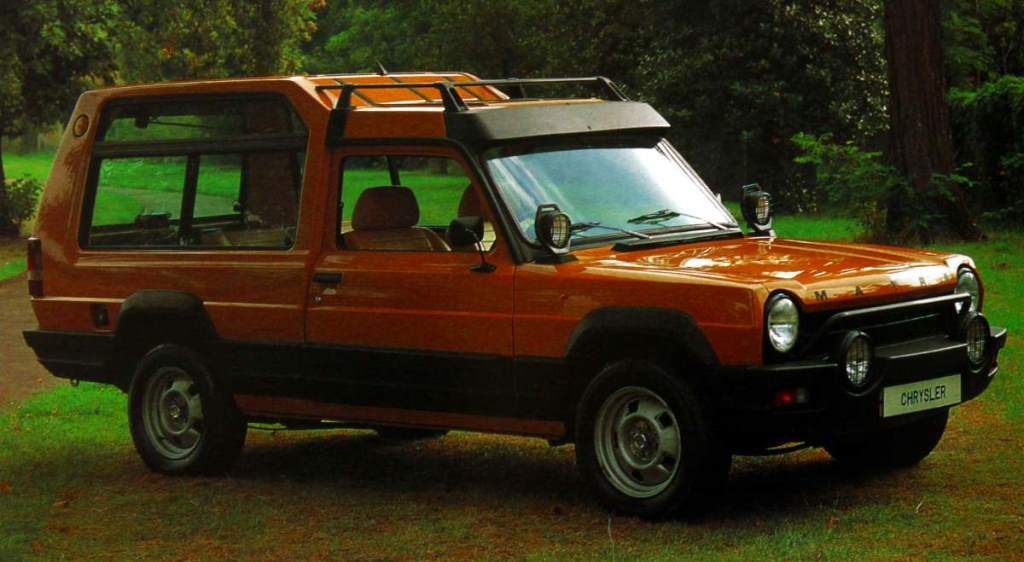 In a rare automotive circle of influence, the original Range Rover inspired France’s 1977 Matra Rancho which, in turn, was aesthetically echoed in the first-gen Land Rover Discovery (introduced in 1989). Also badged as a Matra-Simca and Talbot Matra, the Rancho was billed as a half-price Range Rover. Yet despite its sturdy-looking fiberglass and polyester body, any off-road abilities were (aside from decent ground clearance) only implied. Nonetheless, this Simca 1100-based, 3-door creation sold a respectable 58,000 units through 1984 and has been hailed as the original crossover SUV. Few survive though, and die-cast Matra Rancho toys now vastly outnumber the real thing stateside.

Another proto-crossover that debuted in 1977, the Lada Niva was the first mass-production off-roader to feature the now-commonplace unibody architecture. While the Russian brand’s Fiat-derived sedans became the butt of jokes in the 1980s, the similarly boxy Niva stood apart as the SUV equivalent of an AK-47: simple, rugged, easy to maintain and, in many parts of the world, ubiquitous in military and police applications. Manufactured everywhere from Jordan to Uruguay, the Niva has been around, under various names, for forty years and counting (there’s even a Russian-made, GM-joint-venture Chevrolet Niva). Former owners include Vladimir Putin and, less predictably, Cure frontman Robert Smith. 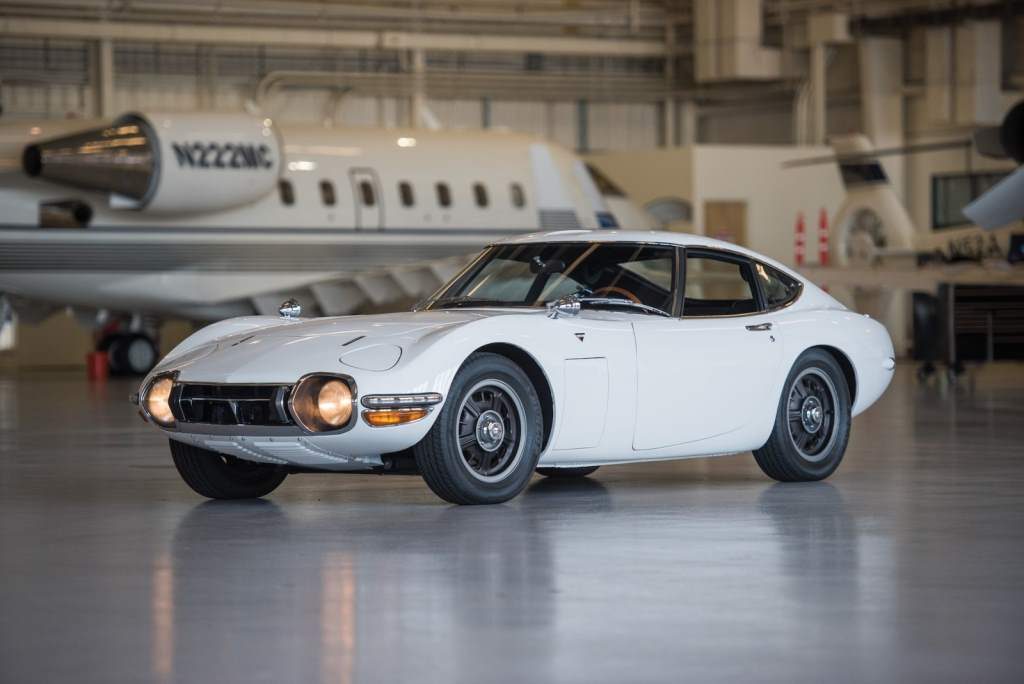 Toyota’s gorgeous 2000GT forever changed global opinions of Japanese automaking, while barely leaving home (even its image-building appearances in James Bond movie You Only Live Twice were shot in Tokyo). Built and largely designed by Yamaha, the 2000GT announced that Japan could manufacture much more than derivative utilitarian cars, effectively catapulting Toyota forward several generations upon its 1967 release. Cementing its supercar status, only 351 of this two-seater coupe were made in a three-year production run, and it was initially exclusive to Toyota’s domestic retail outlets. Just 84 left-hand-drive 2000GTs were built, of which 62 arrived stateside, where they have since commanded seven-figure prices. 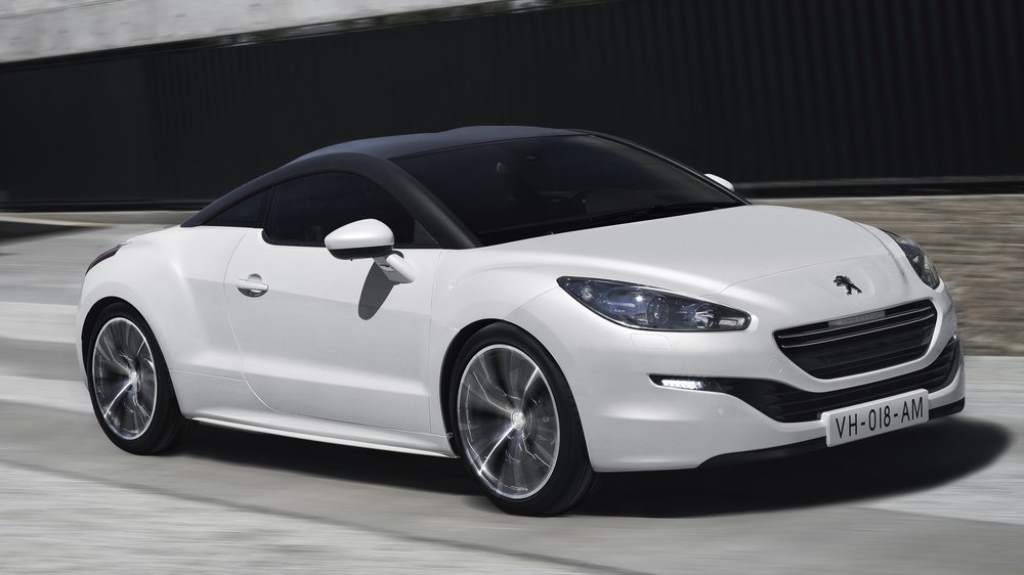 While older, more sedate Peugeots can be found fairly commonly on Craig’s List, the sexy RCZ sports coupe (2009-15), although sold in almost 80 countries, never graced U.S. shores. One of those rare production cars that still turns heads like a concept (which was all it was originally intended to be), the RCZ has been seen as a more affordable Audi TT but, based on Peugeot’s unassuming 308 hatchback, it offers a distinctive personality and (relative) 2+2 practicality. While not eliminating “badge snobbery”, the RCZ did wonders for Peugeot’s brand identity and is perhaps the greatest loss from the French company’s 1991 U.S. pull-out. 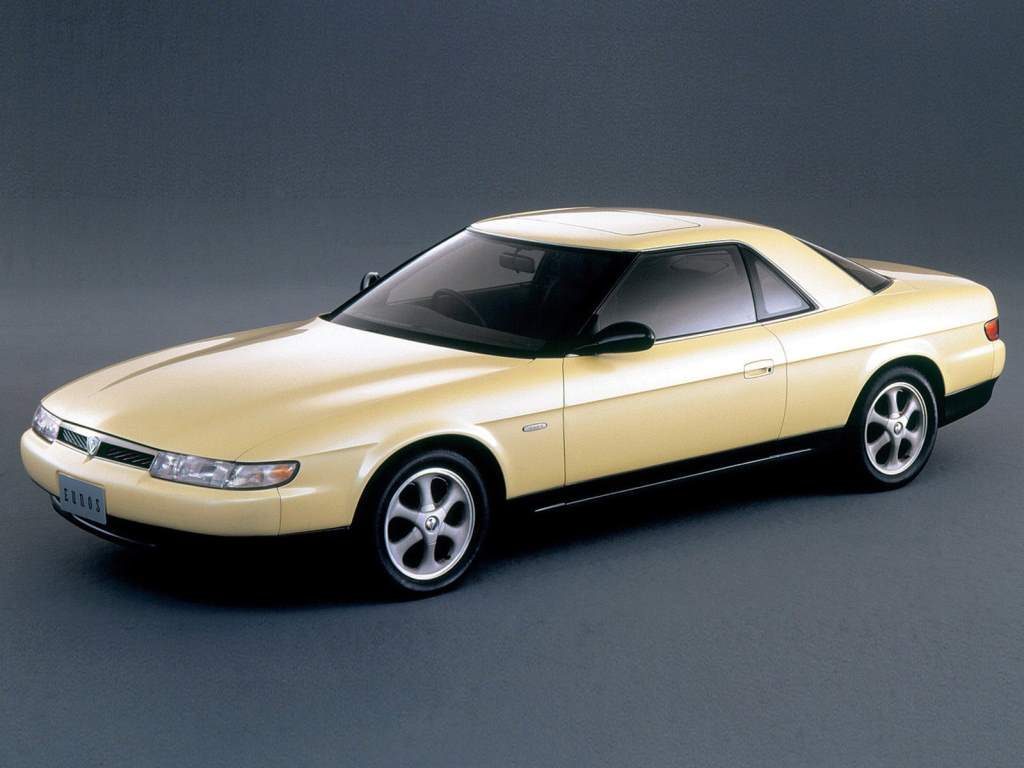 The last of Mazda’s line of rotary-engined “halo car” Cosmo coupes, the  1990-96 Eunos Cosmo was a Japanese-market engineering and technological marvel. “Eunos” was Mazda’s short-lived upscale marque, of which the Gran Turismo-featured Cosmo was the ultimate expression. Belying its understated exterior, the Eunos Cosmo boasts the first-ever (and only) production triple-rotor engine and the world’s first production-vehicle integrated GPS navigation system. Very few of the right-hand-drive-only Eunos Cosmos made it stateside (one pristine example being at Mazda’s R&D center in Irvine, California) but, with early models now eligible for import under the “25-year rule”, deep-pocketed drivers can still dream. 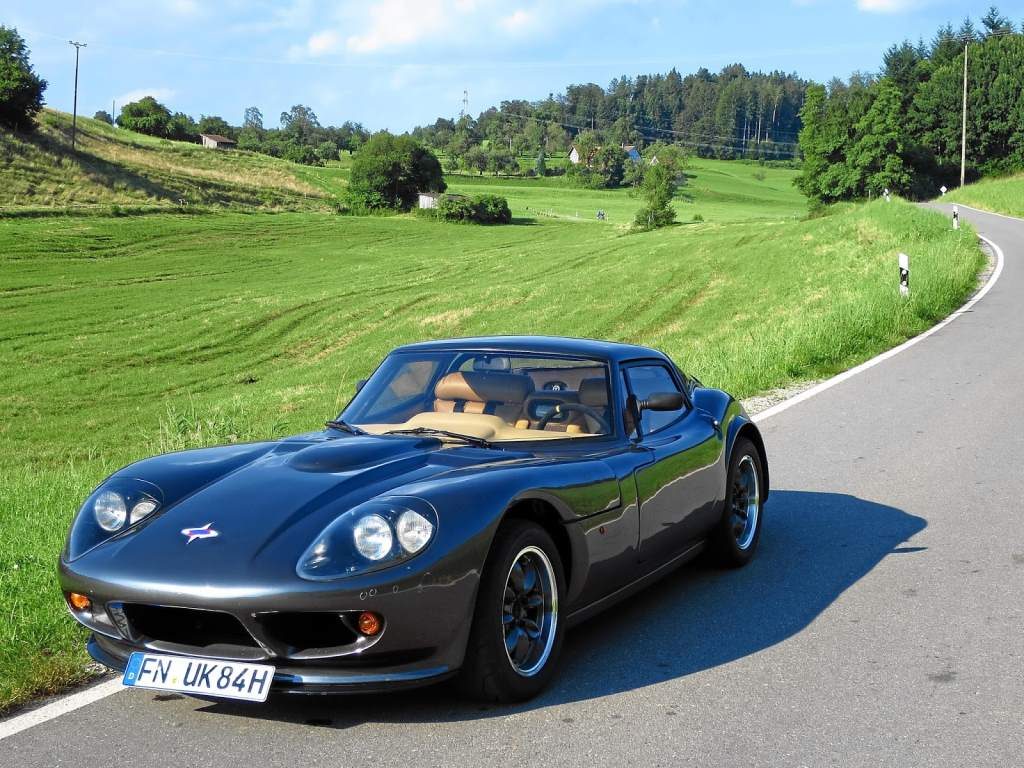 If you’ve ever seen a Marcos Mantula on U.S. roads, you’d remember. Not only is this boutique coupe hyper-rare in America, but it’s also a stunner: exotic, feminine curves married to a decidedly English, slightly eccentric Jaguar E-Type aura. Though the Mantula marked the return of Marcos eleven years after a 1972 liquidation, it closely resembled the long-running Marcos GT, only with improved aerodynamics, a Rover V8 engine (or a Ford four-banger in the Marcos Martina variant) and, by 1986, independent rear suspension. A handful of Mantulas (which were also sold as kits) were converted to left-hand drive, but most remain in Europe. 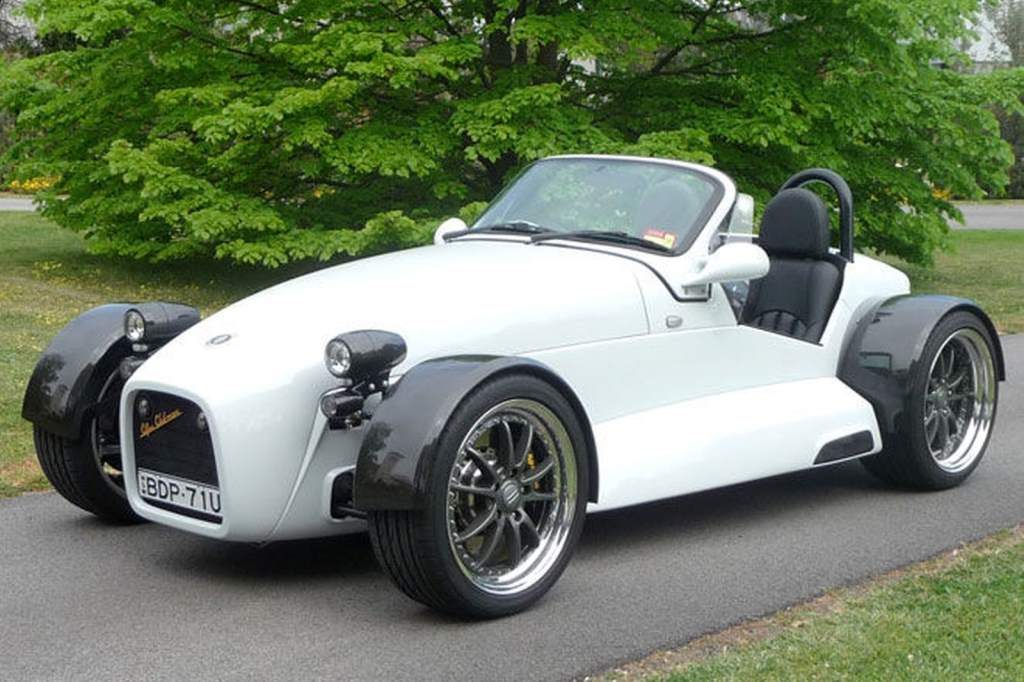 Elfin has been crafting lightweight racing and sports cars in Australia since 1957, but few have made it to America. Under the ownership of British former racing driver Tom Walkinshaw, Elfin has sought to make more affordable versions of its vehicles, without the complexity and cost of track-oriented features such as fully race-adjustable suspension and brakes. Nonetheless, the retro-styled, open-wheel MS8 Clubman will still run you $85K. Powered by a GM-sourced V8, the MS8 is an aesthetic and spiritual reincarnation of Elfin’s original, 1961-65 Clubman. With the company repeatedly teetering on the brink of extinction, an U.S. Elfin invasion appears unlikely.


7 Facts About the Ford Emblem: A Complete History Since 1903
Seven of the Weirdest Cars That Hollywood Celebs Drive
10 Of The Weirdest Cars That Could Only Be From The '50s
17 Forgotten Classic Oldsmobile Models That Probably Deserve...
The 20 Sexy Cars Everyone Lusts For
The 10 Most Powerful Chevy Muscle Car Big Blocks