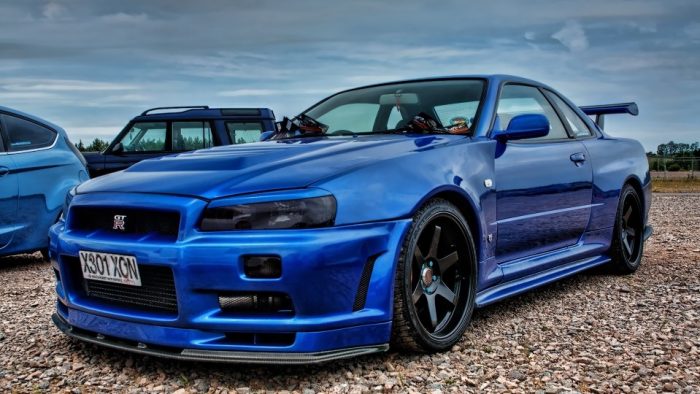 Let freedom ring, unless that includes badass vehicles from around the world that is. With California leading the charge in the battle for the “greater good” and the federal government not far behind means that many companies have excluded the entire U.S. populous from getting the spoils of many of their longest lasting products. Due to government knows better than its citizens mentality, we are kept from being able to decide if a vehicle is best for me because it is illegal to own the damn thing in this our free country.

What is worse is traveling the world and seeing several of these vehicles being used for decades by their owners. Since it is stated 1/3rd of the pollution created from a vehicle is during the manufacturing process of said vehicle. This fact makes me laugh because a Toyota Hilux owner for 10 years is less polluting than the Prius driver that turns in his/her lease every 2-years. So let us now take a look at a few examples of vehicles that Uncle Sam has kept you away from.

This may not be the best looker but she is oh so beautiful on the inside. World renowned for its unstoppable reliability and found to aid more rebel forces due to its utility and dependability, this truck (now on its seventh generation) is reason enough to write your congressman. The diesel Hilux is a work horse that never complains. The truck has always been an engineering achievement and able to withstand an apocalyptic amount of abuse whilst just taking it in stride. The sale of one of these trucks needs to come with proof of a will as well as who you will pass it along to when you die because you will be the first to go, not this truck.  Its basic design was the key to delivering such epic dependability and with it being found around the world means you can come by parts no matter where you travel.

Let us take a reliable straight-six and add twin turbochargers and send the power to all four wheels. During the Japanese turbo shootout of the 90’s we had greats coming to America such as the Supra, RX-7, 3000GT-VR4, but the Nissan GT-R was shut out. With some editions like the GT-R NISMO Z-tune being able to produce almost 500 hp to 4-wheels was absolute bonkers. Yet we didn’t even get the neutered normally aspirated versions so that we could at least add GT-R body kits to them and drive around mall parking lots masturbating to the Fast & Furious. (Since this article was written you are now able to import the 89 Skyline R32 due it now being 25 years old.)

Although imported from 93-98 we received only the North American spec versions of the 90 and 110 that only came equipped with the V8 instead of the diesel variant. So instead of getting the reliable torque monster stump pullers we received the 3.9L V8 that wasn’t particularly reliable. Due to airbag regulations and slow sales because few wanted the gasoline versions, Land Rover focused more on the Discovery and Range Rover. As for me, I believe that if someone buys a Defender then they are going to be more interested in a roll cage than an airbag. But due to the lack of diesels stateside meant we were kept from receiving some great off-road capable 4x4s that can go around the world. (Seriously met two couples doing it in Defender 110’s)

A vehicle synonymous with world trekking, this vehicle is seen driving everyone from “Oil Sheiks” to Aussie farmers around. Commonly seen around the Outback due to their reliability and 800mi plus range between fill-ups makes the Land Cruiser a prime choice for those who are traveling great distances. Packed with a powerful twin-turbo diesel V8 throwing down 479 ft-lbs of torque and a factory snorkel means that you can get this off-road behemoth over the river and through the woods. Sure we have the great gas version but the mileage is shit in comparison.

With a genius obviously working at Toyota, they managed to build brand new Diesel Toyota Land Cruiser trucks that look like they are fully restored classics yet have airbags, snorkel, CD player and even air conditioning. The truck is built to last forever and cater to those looking for utility and badass looks while giving you all the amenities of a jail cell. This is an actual description from Toyota about all the nice creature comforts you get.

The driver’s seat can be moved forward or backward and adjusting the reclining angle to easily achieve the most comfortable position for handling.

That is it, no electric or massaging seats with built in air conditioners or ion blasting hippie hogwash. This is a vehicle for getting shit done and you to your destination every time, that’s it.

Like the Toyota Land Cruiser this vehicle started out like the Willy’s Jeep being small and utility purposed but throughout the generations had grown to becoming a massive beast yet still able to traverse sizable obstacles and harsh terrain. Once again the diesel engine was bullet proof but we couldn’t seem to get our hands on them. Absolutely tough vehicle like its Toyota rival and can be found around the world. Though the current generations Nissan Patrols are based off that hideous looking Infiniti QX56 the fourth and fifth generations were brilliant.

This German truck means Wolf in Inuit and packs some torque producing inline 4 cylinders with up to 300ft-lbs of it. With sleek and handsome looks this truck could easily be driven on dates to nice restaurants where your lady won’t hide her face. Sold pretty much everywhere other than the U.S. and Canada, VW still fears that they will be slow sellers in the North American market. Um No, as it can deliver 37mpg from an f-ing truck!

The company had a long history of doing things its own way and to hell with conventionalism. Building cars with bolt on plastic bodies and dropping in a big V-8 was all they wanted to do. No ABS, airbags, or amenities meant that you had a car built for true drivers that had to watch their ass or they would end up without one. The car was so unorthodox yet sensational and for not a whole lot of money you could own one, in the UK. Today the company is under new ownership but there is no movement on the factory floors. Though some TVR’s are just hideous this one I fell in love with. 0-60 in 3.8 seconds with 380hp pushing it.

You don’t think of a Ford Focus as a street demon yet this one was built to be one. Sporting an inline 5-cylinder that produced 345hp and screamed from 0-62 in 5.4 seconds made this Focus not only deserve respect but also a cult following. Though limited to 500 vehicles we simply couldn’t get our hands on any of them as well as the 301hp Ford Focus RS because our government sucks. The RS500 is matte black like the coal left in my stocking when I asked for one for Christmas.

Take an Audi station wagon and give it 311hp delivered through a Porsche KKK turbocharged engine then connect it to a 6-speed manual only. Now take that magic and sprinkle in Audi’s rally dominating all-wheel-drive technology and there you have the Audi RS2 Avant full of power. It was an Arian soccer mom sleeper that demanded respect or it start shooting. Porsche wheels and big Brembo brakes added to this wagons sexiness. Though it was a limited run in 94-95, these you won’t find them in the states as most even stayed in Europe only. Personally would rather have this Porsche based Audi RS2 Avant than a Panamera.

Designed and built by Ford Australia this bigger version of the Ranger is not being sold in the U.S. because it’s a diesel. Placed against the Hilux and Amarok, this truck is good looking and gets good gas mileage from its 2.5L turbo diesel. Able to be a capable off-road vehicle with the ability to tow and haul means that this is another vehicle that we need here for the individual that doesn’t wish to own a big ass F-150. So please mister Mulally, you said you wanted more global oriented models – not a list of more cars not sold in the US.

Ok so this isn’t the average vehicle for the average person as it costs more than most houses before the economic collapse. Built of aluminum, stainless steel and carbon fiber means that it won’t ever see this vehicle rust. With no ABS or really much of any driver aids and 650hp means that you will die in it well before you would see any rust anyways. Estimated top speed of 225mph and the sleek looks of the sexy saxophone player means that the only magnetic attraction to the carbon fiber comes from vaginas.

In conclusion we see a lot of these vehicles being diesels and which I personally love, but we are told that Americans hate diesels yet we see large Diesel trucks selling as well as record VW diesel sales thus making me question just how factual that statistic is. Every American I have met traveling wants a Toyota Hilux or an R34 Skyline because these are cars that we know are reliable and badass. So I ask that you simply e-mail your congressman or congresswoman, as well as auto manufacturers, and ask them to deliver these iconic vehicles to our shores.