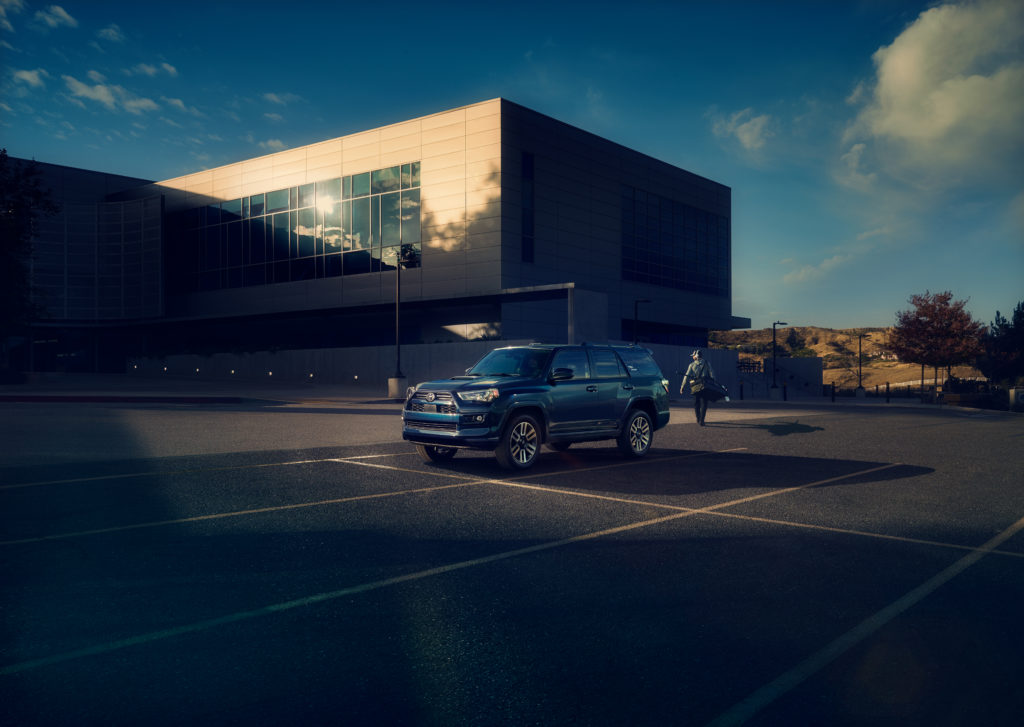 Nowadays, it seems like every new car launch is the latest whiz-bang amazingness of electric vehicle technology. A vehicle that can silently do Olympic gymnast moves across any terrain and never stop at a gas station, ever! In this world, it’s refreshing, almost novel, that Toyota is not only keeping its body-on-frame, naturally aspirated V6 powered mid-sized SUV around, but adding trims to it. Enter the 2022 Toyota 4Runner TRD Sport. 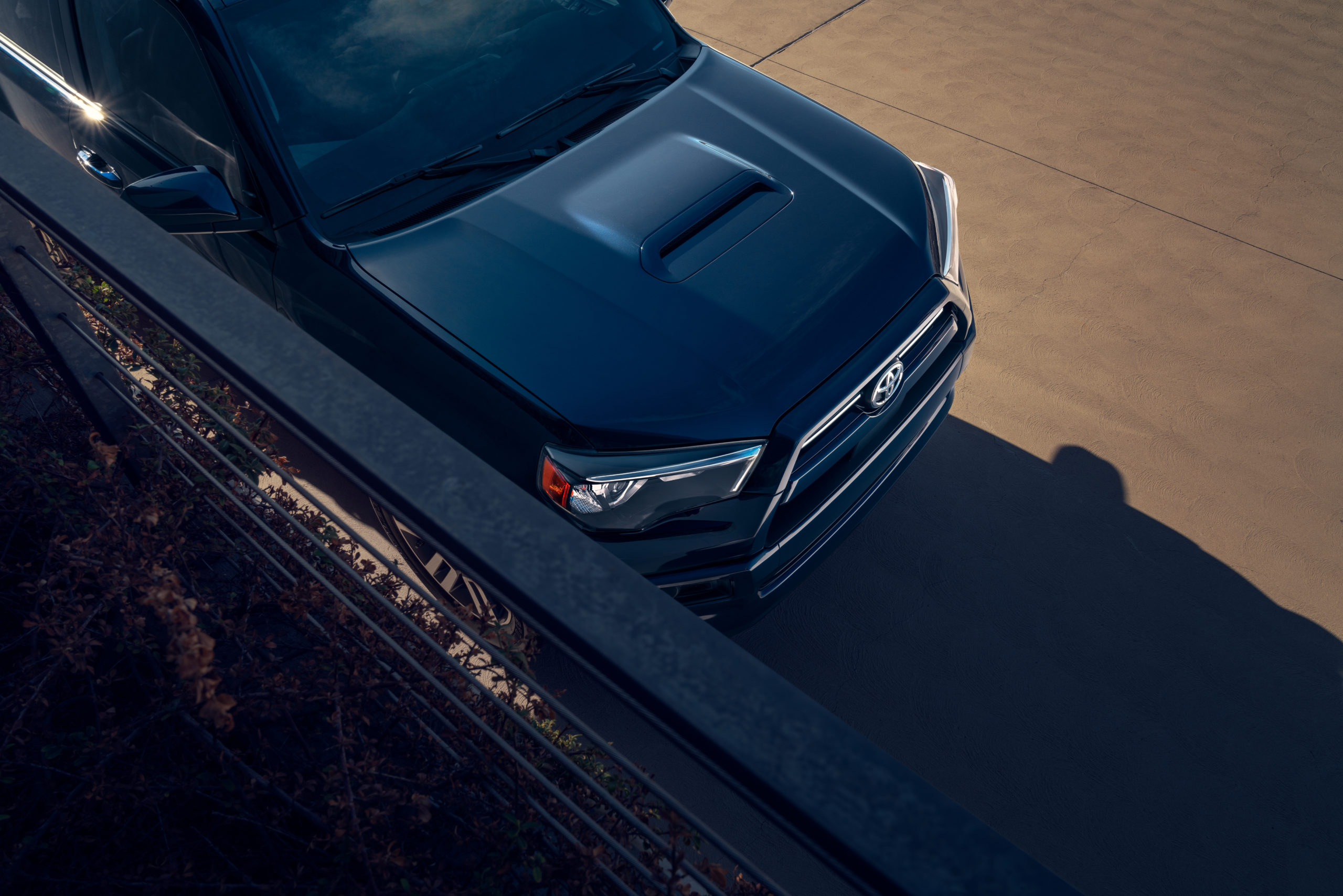 This ‘new’ 4Runner is an SR5 based wagon that Toyota then adds adaptive shock absorbers called X-REAS (cross-linked relative absorber system), swaps out 17-inch wheels for 20s, and adds a TRD hood scoop and other visual tweaks for good measure.

For instance, you get color-keyed accents on the grille, rocker panels, and molding. In addition to the hood-scoop, you’ll see a front spoiler and black roof rails.

Not An Off-Road Focused TRD Product

Unlike the TRD Off-Road and TRD Pro, this 4Runner is meant to stay on the road. The adaptive dampers are cross-linked corner to corner in the 4Runner and tuned to better damp out bumpy surfaces as well as improve body control in the corners and when accelerating or braking.

Despite the “for the road” looks, you still get 9-inches of ground clearance in a rear-wheel-drive 4Runner TRD Sport and 9.6-inch in the four-wheel-drive models. And like all 2022 model year 4Runners, both the low and high beam headlights are LED. 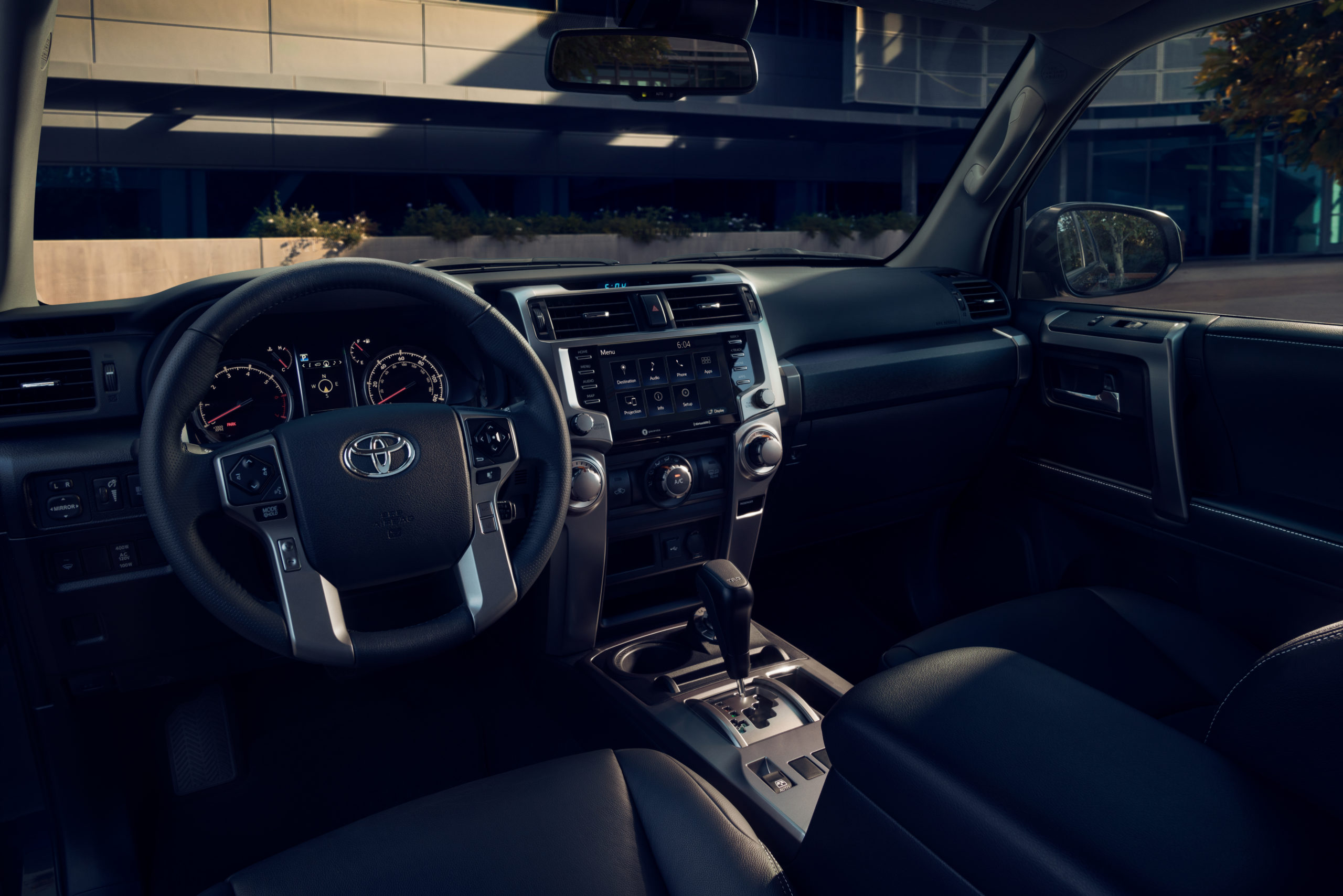 Inside, Toyota changed the cloth seats for black SofTex with grey cross-stitching trim and add heated front seats as a feature. The headrests say TRD. You also get TRD Sport floor mats and a TRD shift knob.

The center console includes an 8-inch touch screen with Amazon Alexa, Android Auto, and Apple CarPlay, in addition to Bluetooth connectivity. Of course, this isn’t entirely old-school, as the 4Runner TRD Sport, just like all 4Runners, includes a Tundra load of active safety systems, named Toyota Safety Sense, which includes things like lane departure alert, pre-collision system, and adaptive cruise control. And the 4Runner’s size allows for more than 47 cubic feet of cargo space behind the second row, which balloons to 89.7 cubic feet if you fold that row down.

Remaining unchanged is the 4.0L V6 pumping out 270 hp and 278 lb.-ft. of torque. That power then channels through a 5-speed automatic transmission before heading to the driven wheels. If you’re in a 2WD model, Toyota installed a limited-slip differential as standard. Going 4WD means you get a 2-speed transfer case with low range and a traction control system called A-TRAC. Regardless of driven wheels, the 4Runner is rated to tow 5,000 pounds. 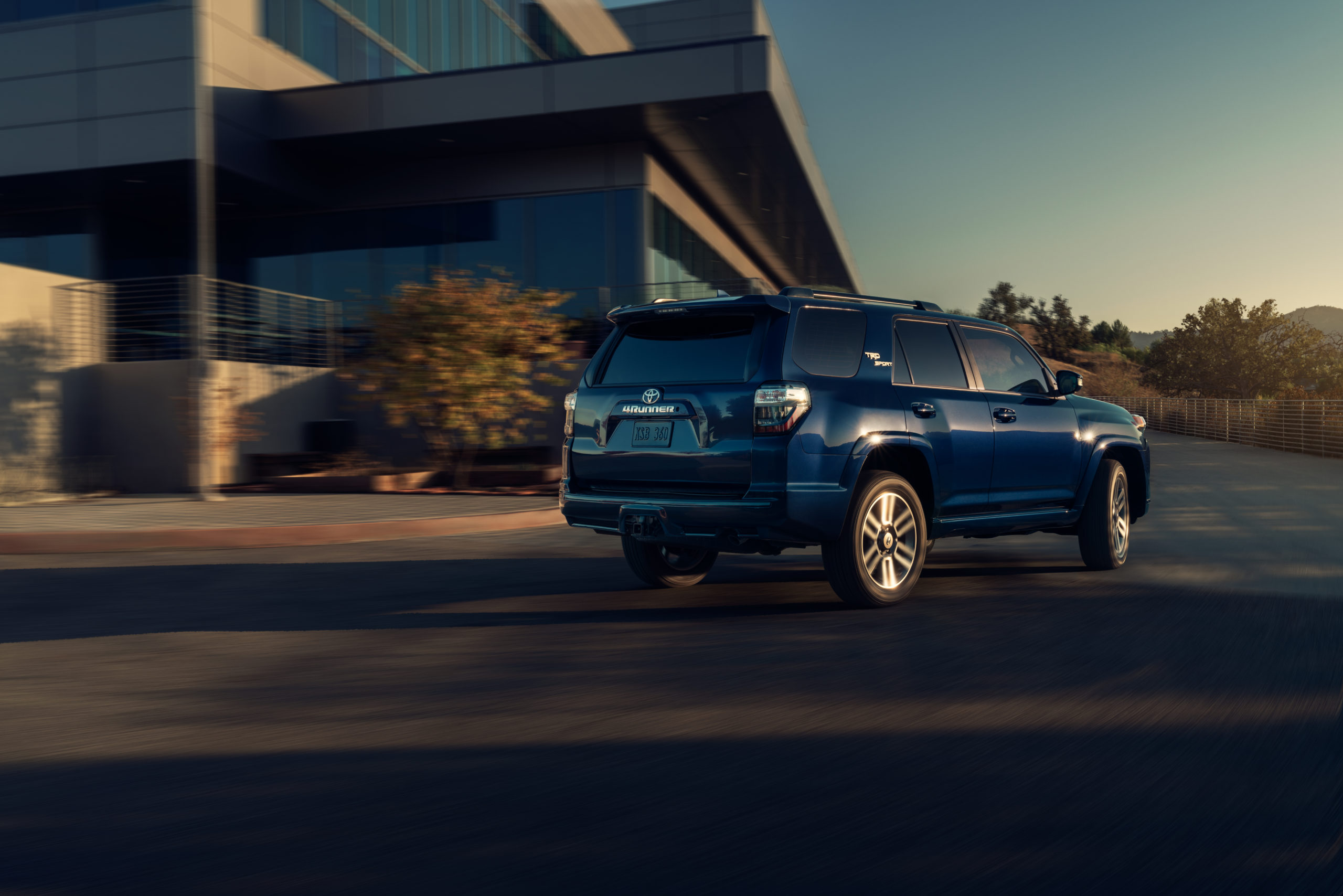 No word on price just yet, but don’t be surprised to see the 2022 Toyota 4Runner TRD Sport cost at least a couple grand, probably more, above the current $37,440 4Runner SR5 starting price. If that doesn’t cause sticker shock and you want to keep to the pavement, all while retaining the sensibilities of a properly trucklike SUV, Toyota now has a TRD model more specifically catered to you.