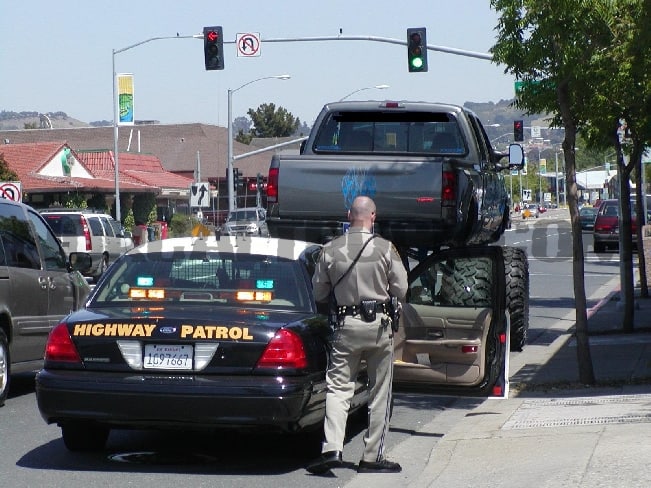 It seems California is leading the way to continually disenfranchise the state with the proposed state bill AB-3006 which would kill lifted trucks. The state bill AB-3006 is proposed to be put to a vote at the next assembly. Spearheaded by California’s 12th congressional district representative Nancy Pelosi, the bill proposes legal ramifications to personal motorized vehicles categorized as a light-duty, medium-duty, or heavy-duty truck.

Pelosi was quoted as saying: “This bill will help to protect individuals that have to share the road with these vehicles. These vehicles are unsafe to not only the occupants but to those surrounding”. Proponents of the bill state that this will help with pedestrian safety, lower fuel consumption, and saves lives in accidents.

Joseph Thodine of Chino, California represents a group of “Lifted Truck” enthusiasts and says that they are in shock over the sudden bill that threatens their current vehicles. Mr. Thodine talked to Gearheads and remarked: What are we to do if our trucks become illegal for use overnight? I don’t even have the parts to return my truck back to stock ride height, and all my money has been put into my truck and trying to currently keep it road legal. This is just Pelosi being pissed off at “Trump” supporters.

When we called Pelosi’s office to discuss Thodine’s case and many like it with her staff, they simply replied. April fools bitches.