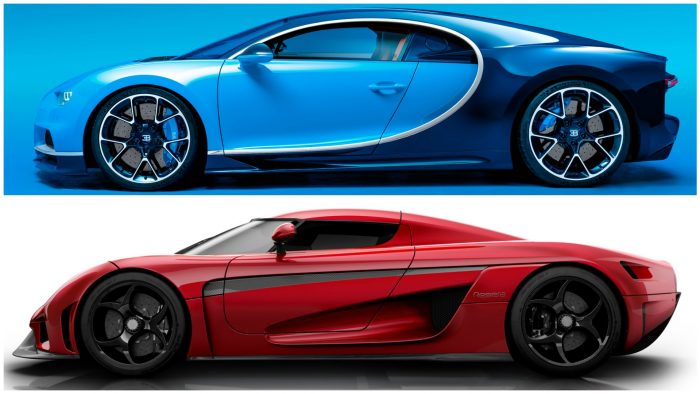 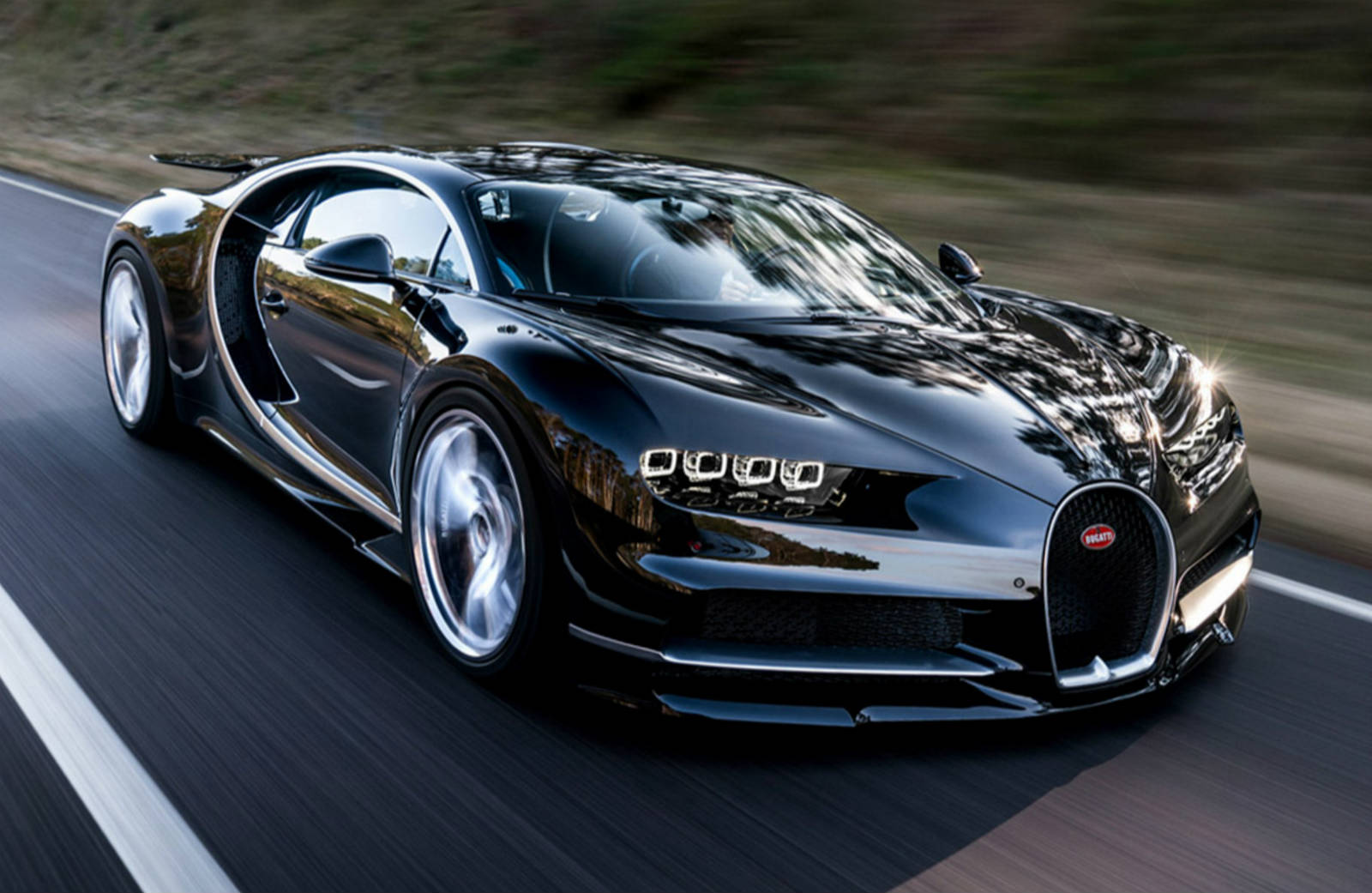 To live in the world of supercars is to live in an ever evolving realm where top speed is a barrier that must be torn down. It is a realm dominated by boutique manufacturers who build a relative few cars per year, but build them well. Each maker is chasing the elusive top speed of the guy at the top. Two models that have been smashing against the supposed physical limitations of the internal combustion engine are the Bugatti Chiron and the Koenigsegg Regera. Let’s dive into this world of horsepower behemoths to see how the Chiron and the Regera stack up against each other. 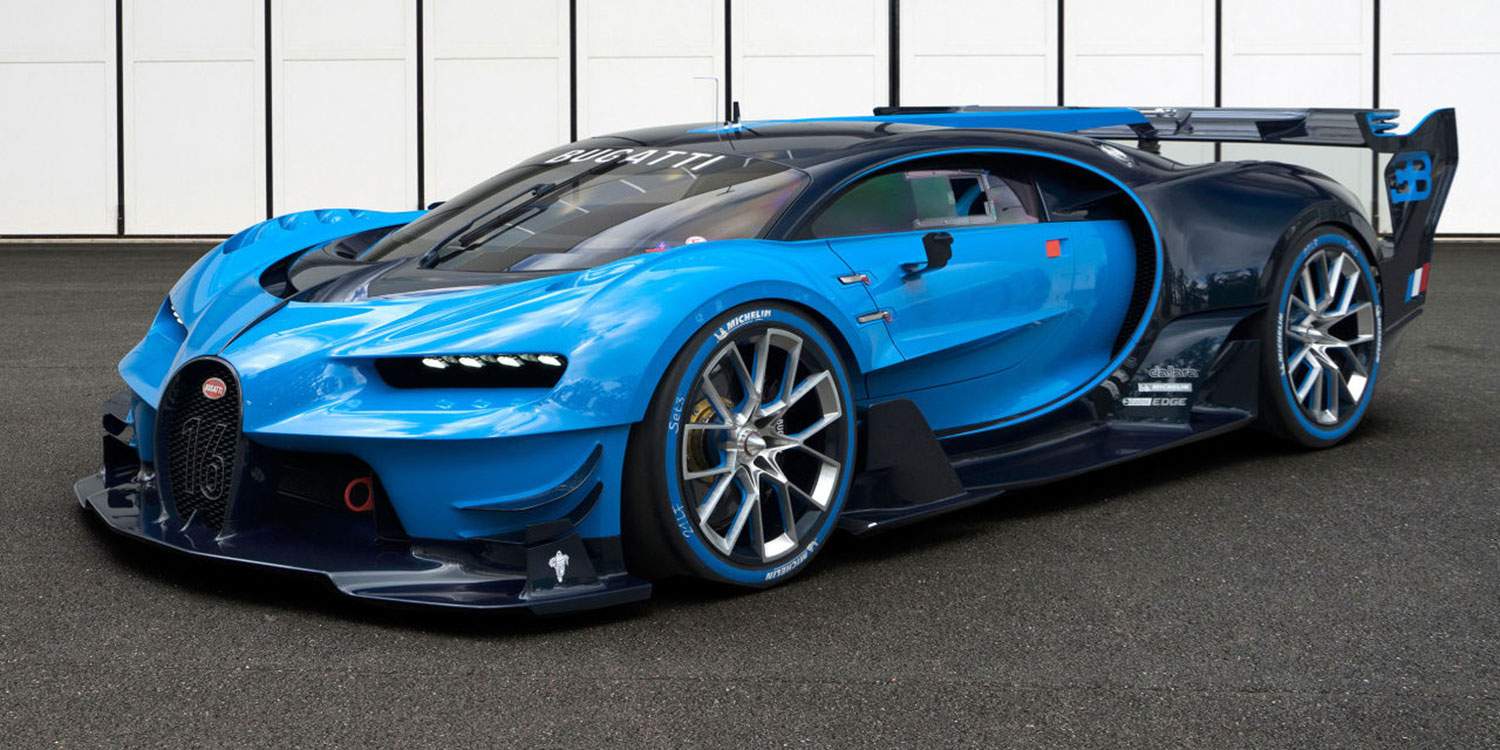 For a few short years the Bugatti Veyron reigned as the world’s fastest production car. There were even a few engineers and car experts who thought the Veyron’s massive output and ridiculous top speed were the best that would ever be seen from a production model. With a claimed top speed of 258 mph from the Veyron Super Sport, who could beat the Veyron? Instead of resting on its laurels, Bugatti stepped up and created the Chiron.

How Fast Is The Bugatti Chiron? 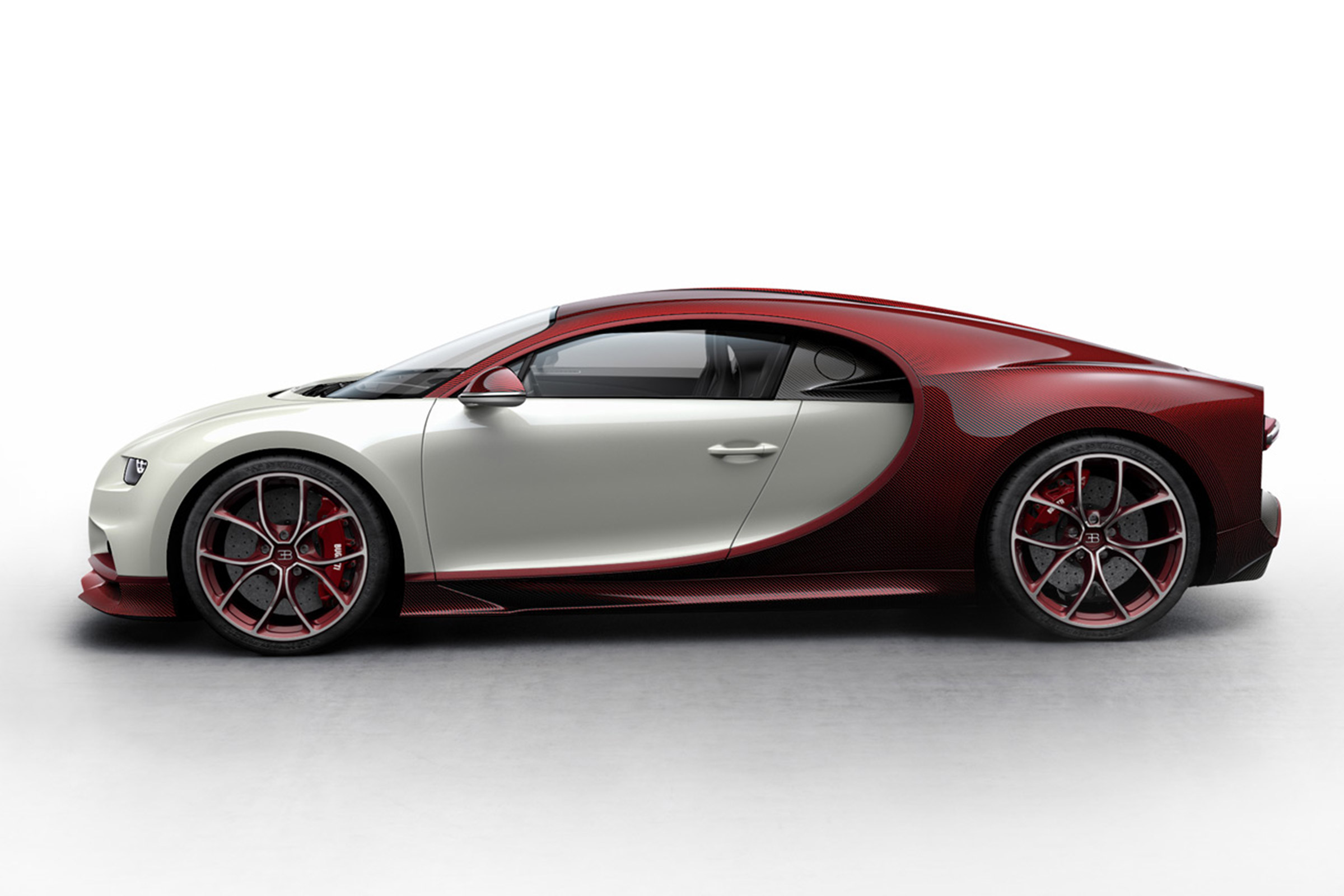 How fast is a Bugatti? And how do you top 258 mph? With an 8.0L W16 with four turbochargers tuned to offer peak torque across more than seventy percent of the powerplant’s operating range. The Veyron Super Sport produced 1183 hp and 1106 lb-ft of torque. The Chiron slams 1479 hp and 1180 lb-ft to the pavement. Those are some very abstract numbers. So, how fast is the Buggati Chiron? Well, here are a few more teaser numbers before we get to the Chiron’s top speed.

All of that torque allows the Chiron to rocket from 0-60 mph in less than 2.5 seconds. If getting to 60 mph is a joke to you, the Chiron jumps from a standstill to 120 mph in 6.4 seconds. Not impressed yet? Try a 0-186 mph time of 13.58 seconds. Think about that…186 mph 2.9 seconds faster than a McLaren P1. Ready for the top speed? Try an electronically restricted 261mph. That is just 3 mph faster than the Veyron Super Sport, but it had to be in place as a “safety measure for road-travel,” according to Bugatti officials. The company has plans to test an unrestricted Chiron in search of a 270 mph top speed.

What You Should Know About The Bugatti Chiron’s Tech

The biggest key to the W16’s output is four turbochargers. The foursome works in pairs to create maximum torque between 2000 and 6000rpm. The system only uses two turbos until the powerplant hits 3800 rpm. This allows for a greater throttle response at low rpm. At 3801 rpm, the second pair of turbos kicks in, shoving you through the back of your seat until you either pass out from the force or the limiter brings you back to reality.

Pressure in the turbos is kept at a peak by a titanium exhaust that reduces back pressure, thanks in part to two of the largest catalytic converters you could ever imagine. The Chiron has six exhaust tips. Four exit from the rear of the car as you would expect, but two point down, creating a “blown diffuser.” Blown diffusers were developed to boost the downforce of F1 cars. F1 was able to prove the effectiveness of the technology, then banned it as being too much of an advantage.

According to Willi Netuschil, lead engineer for the Chiron, “temperature management is one of the biggest problems” faced by the Chiron. To counter the issue, it is equipped with a super-sized charge air cooling system capable of pumping an average of 60,000 liters of air per minute through the engine. The air system is complimented by 10 radiators and a coolant pump that circulates 800 liters per minute.

With the engine temperature issue under control, you have to get the Chiron to a stop. To that end, it is equipped with carbon silicon carbide brake discs that are 20mm larger and 2mm thicker than those found on the Veyron Super Sport. Bugatti used carbon silicone carbide because it is light-weight and does not wear easily. No matter how large the discs are, you have to clamp them correctly or your efforts are for naught. Bugatti uses eight piston-calipers per wheel up front and six in the rear. Each piston is a different diameter to create the perfect pressure across each disc to insure the brakes wear evenly. The Chiron sits on 21-inch wheels in the back and 20s upfront. The tires are wider than those on the Veyron to withstand the centrifugal force of 3,800G that each gram of rubber must endure. The wider road contact allows for better braking and acceleration. In addition to a bigger contact surface, the Chiron is held on the road with an outstanding four-wheel drive system with electronic diffs on the front and rear axles.

Well, now that we have prattled on about the Bugatti Chiron for nearly 1,000 words. It is time to spend a few moments discussing the Koenigsegg Regera. 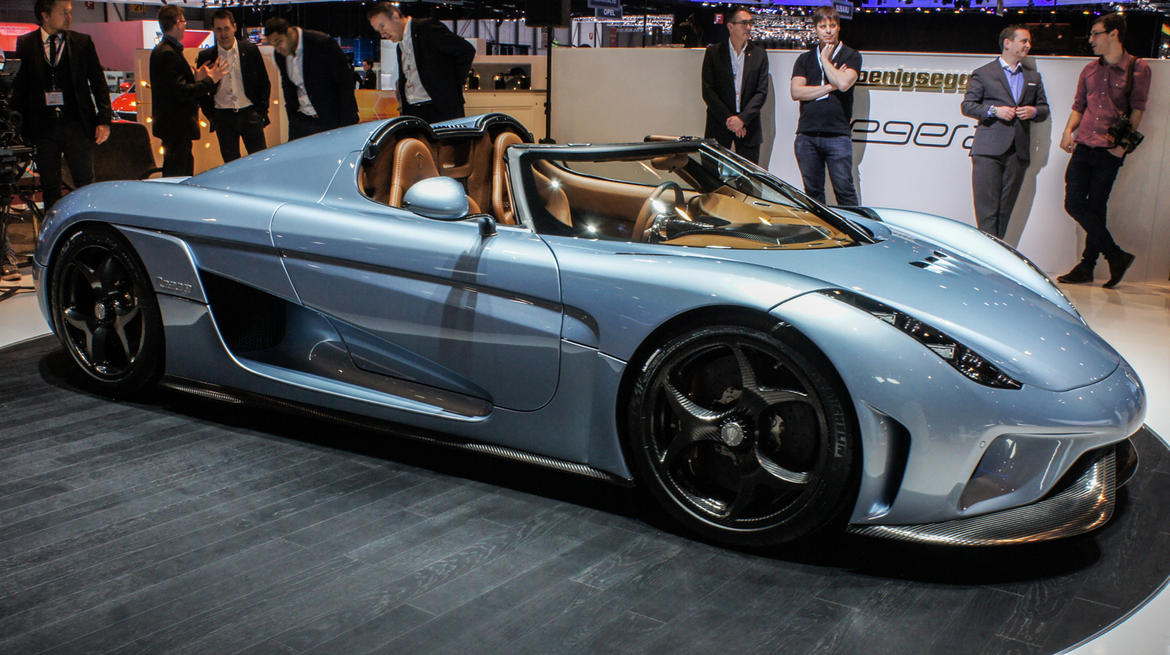 Koenigsegg is the quintessential boutique automaker. The Swedish company has produced fewer cars during its existence than Ferrari builds during a typical week. Despite low production numbers, Koenigsegg grabs headlines with its hyper-powered units and beautiful aesthetics. The Regera is the automakers fastest model to date. Let’s see just how fast the Regera is.

What Is The Koenigsegg Regera Top Speed? 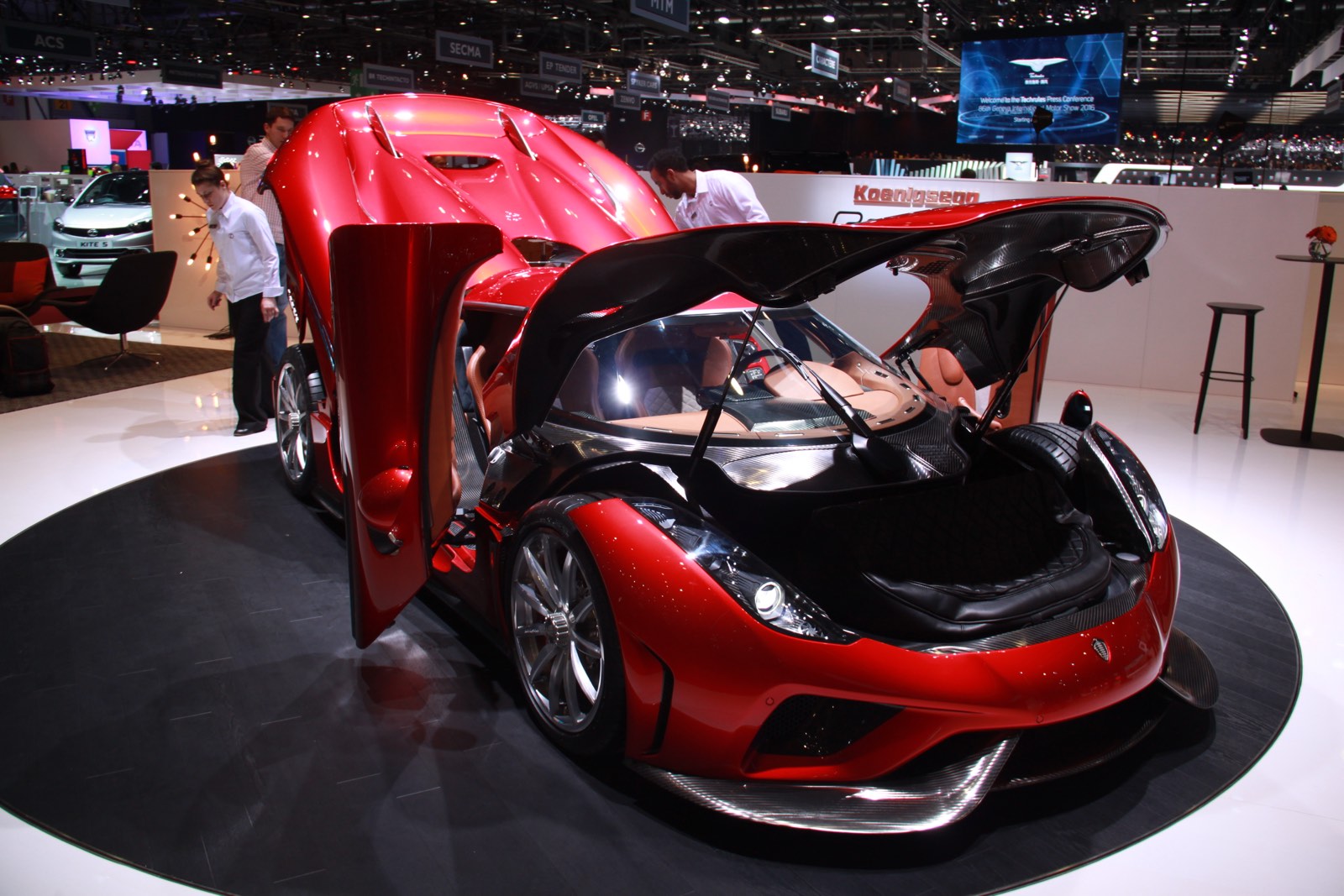 Koenigsegg uses a different approach than Bugatti. The Regera is powered by a hybrid powertrain. The anchor of the powertrain is a 5.0L V8 gasoline engine that is supplemented by three electric motors. The electric motors create a combined 1.11 megawatts. The total output of the hybrid system is 1489 hp and 1,475 lb-ft of torque. The great part is that the electric motors provide instant torque that is polished off by the V8. Those numbers are a little more hefty than those created by the Bugatti. Let’s look at a few of the same teaser numbers we looked at for the Chiron.

The Koenigsegg Regera jumps from 0-60 in just 2.8 seconds. It blasts from zero to 120 mph in an amazing 6.4 seconds. Those numbers are so close to the Chiron’s that it is hard to tell the two apart. Where the Regera stands out is getting to 186 mph. It is able to rocket to 186 in just 10.9 seconds, about 3 seconds faster that the Chiron. Amazingly, it only takes 19.8 seconds for the Regera to hit its top speed of 249 mph, making it the world’s fastest-accelerating car! Granted, the Chiron has a higher top speed, but the Regera gets to its top-end a handful of seconds before the Chiron does.

What You Should Know About The Koenigsegg Regera’s Tech 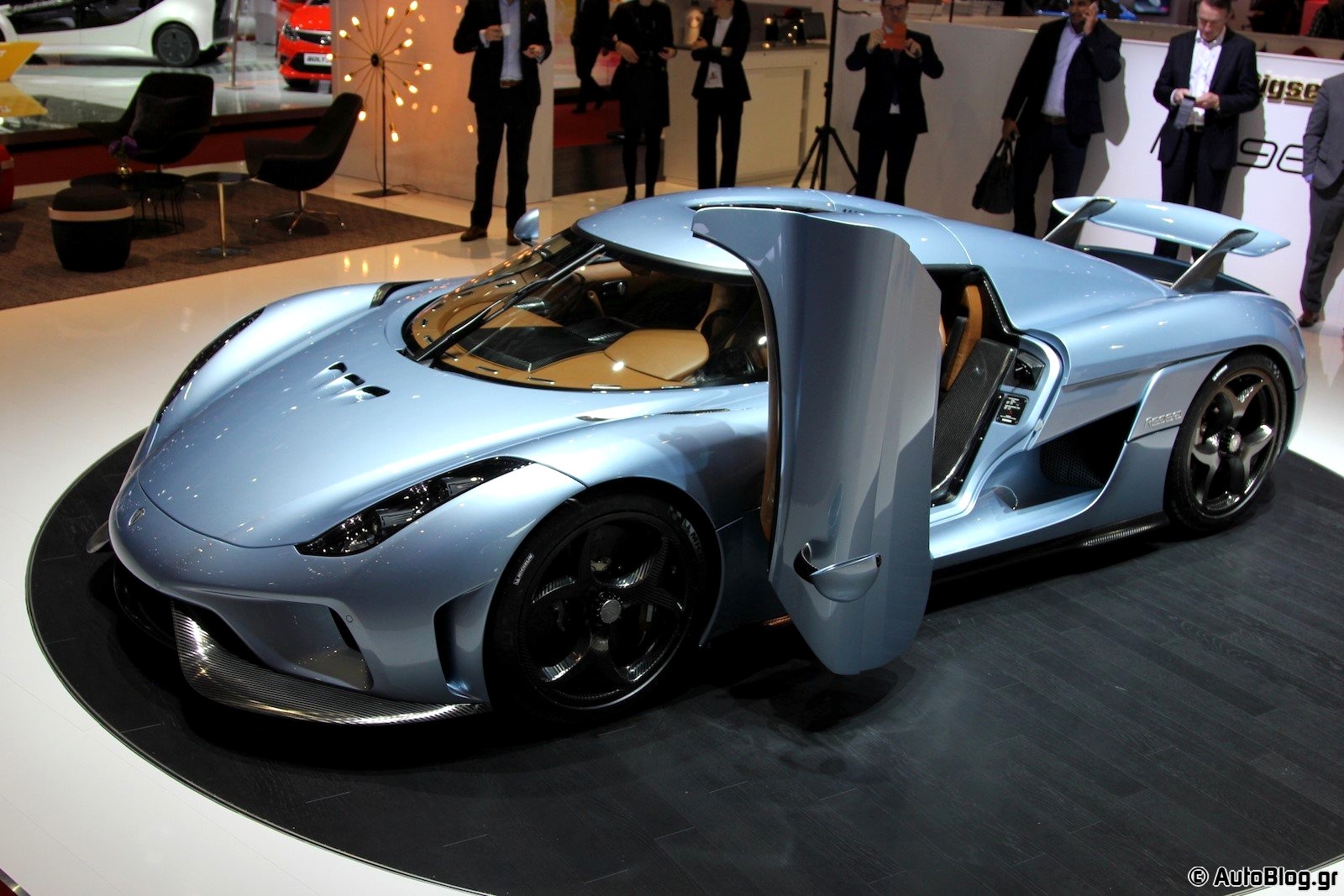 The V8 is mated to Koenigsegg’s interesting Direct Drive transmission. This is basically a single-speed gear reduction system. The Regera does not have a traditional gearbox at all. There is a single hydraulic coupling that directly links the V8 and a 2.85:1 rear final drive. This setup will slip at low speeds, but not to worry. Since this isn’t a clutch system, it isn’t meant to be the source of propulsion at low speeds. Under 30 mph, the electric motors provide all impetus. The system offers two-fold benefits. The first is weight reduction: always a concern in supercars. The second is that Christian von Koenigsegg believes the system reduces power loss to the driveline by over 50 percent compared to a traditional gearbox.

In addition to the V8, the Regera uses three axial flux motors. Axial flux motors are lighter than the traditional radial flux motors found in most hybrid systems. The tri-motor system is anchored by twin 241 hp versions that turn the rear wheels. The twins create torque vectoring as well. The third electric motor is a 215 hp unit attached to the crankshaft. This motor fills three functions: torque fill, acts as a generator, and is the starter motor.

The Regera is equipped with a 620-volt battery pack with a 9.27 kWh capacity. The company claims it is the most power-dense battery pack created for a road car. The Regera is a plug-in hybrid and uses a 3 kW onboard charger. In total, the electric system generates up to 671 hp at full acceleration and can absorb 201 hp through regenerative braking. The Regera has a 22 mile all-electric driving range. That is a nice bonus, but who is going to keep a Koenigsegg under 30 mph long enough to cover 22 miles?

There you have it. Two of the best supercars on the market today. Both are beautiful cars that offer more horsepower than anyone could ever expect to make full use of. With starting prices over the $1.8 million mark and limited production number, most of us will never have to worry about being able to corral all of that power anyway.