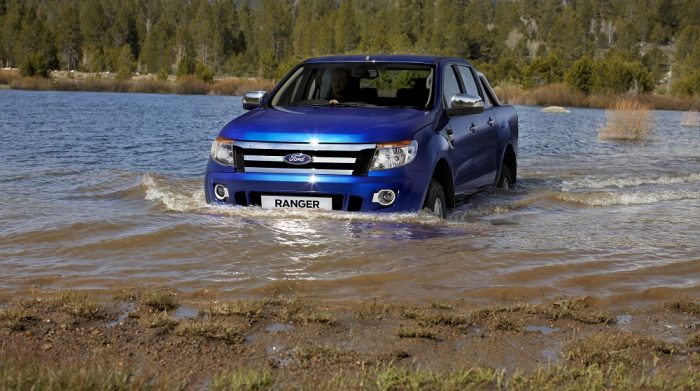 America is often looked at as the country of pickups, as we have tons of them to choose from, including the Ram lineup, the Ford F-Series, the Chevrolet Silverado, and the GMC Sierra. We also have a handful of midsize pickups to choose from. However, there are still plenty of times that we glance at some of the pickup trucks that are exclusive to other countries and wish they were available here. 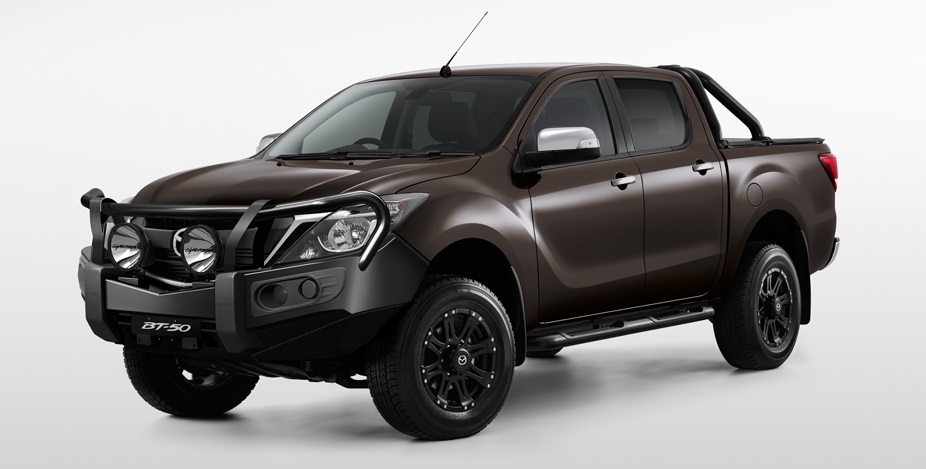 At one point, the Ranger was a part of Ford’s lineup here in the U.S., but it eliminated the pickup after the 2011 model year. In other parts of the world, like the U.K., the Ranger continues to live today, and damn, we wish we had it here. 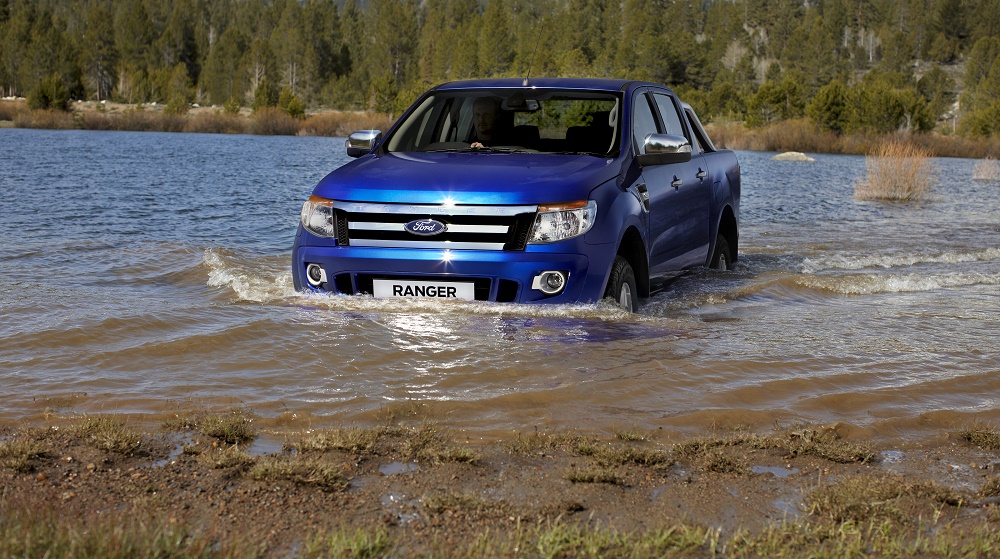 There have been whispers of the Aramok, VW’s resident midsize pickup, possibly making its way to U.S. showrooms, but it has yet to make it here. The Amarok is a surprisingly good-looking pickup truck, plus it is pretty capable thanks to its range of engines. 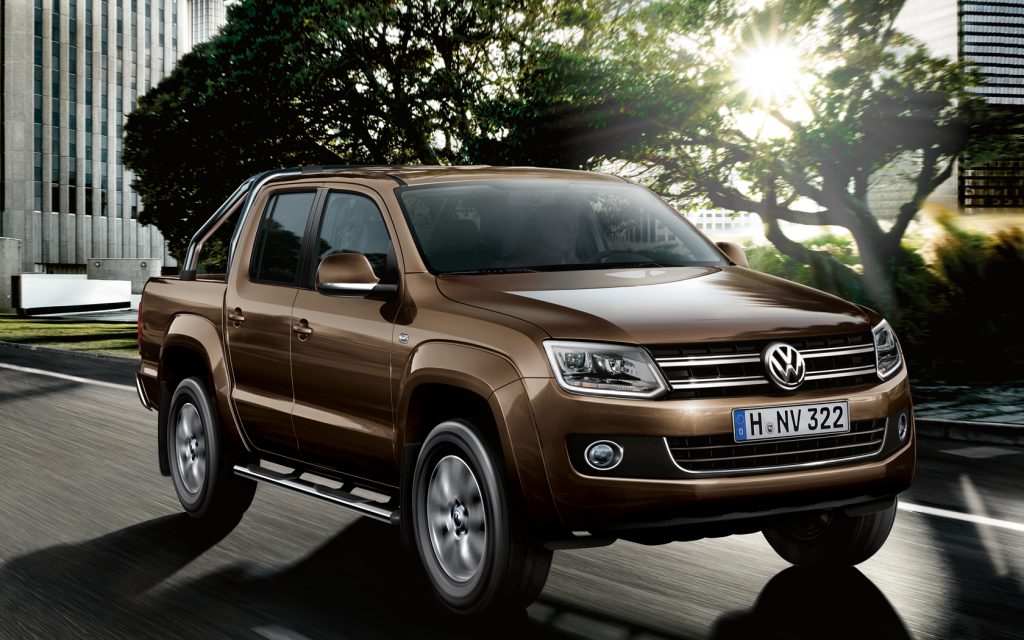 Mitsubishi’s U.S. lineup is pretty bland, as it is nothing but your typical crossovers, an aging sedan, an underwhelming EV, and a hatchback that looks like it belongs in the 1990s. The brand’s U.K. lineup is a little more interesting, as it also features a pickup truck known as the L200 that is pretty impressive.

This midsize pickup features a range of diesel engines that start with a 2.5-liter four-cylinder that produces 134 horsepower and 231 pound-feet of torque, and caps off with a 2.4-liter diesel with 178 horses and 317 pound-feet of torque. What’s more, it is also one of the most capable pickups in its class with a towing capacity of up to 6,834 pounds. 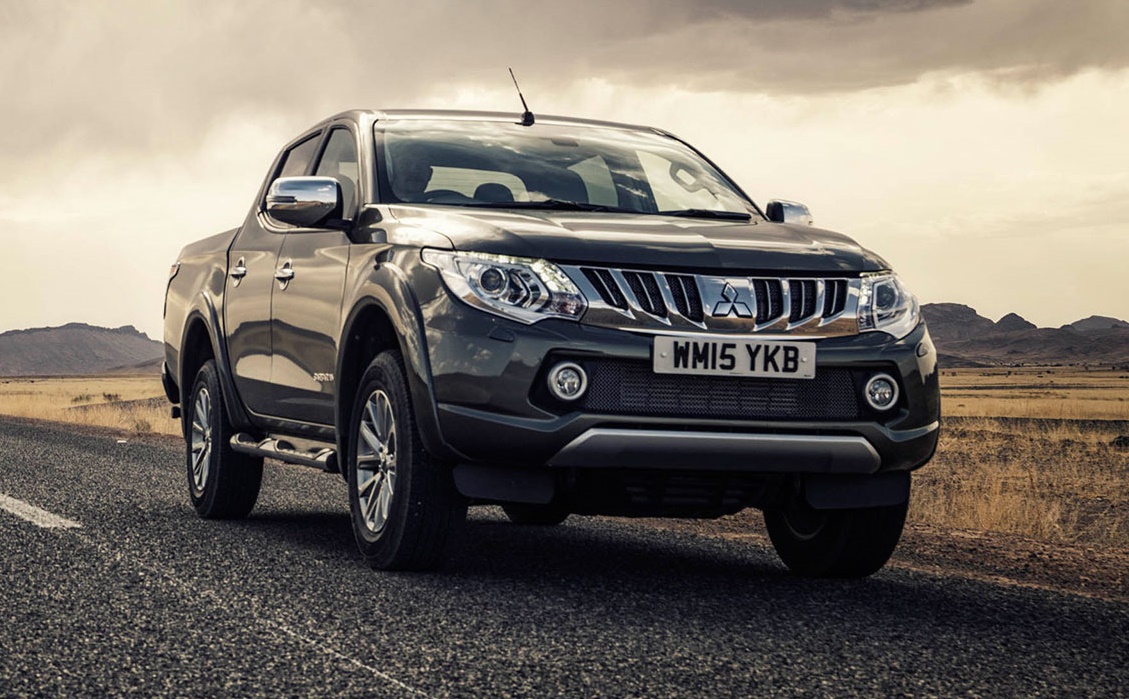 Sure, we have the Nissan Frontier here in the U.S., but it is nothing compared to the new NP300 Navara that is available across the pond. There have been rumors that the next-gen Frontier will be a rebadged version of this pickup, but Nissan has shot those down.

It’s too bad that Nissan says this is not the new Frontier, as it is supremely capable. There are two engines that power this midsize pickup, both of which are 2.3-liter diesel four-cylinder units. The standard engine cranks out 161 horsepower and 297 pound-feet of torque, while the optional twin-turbo 2.3-liter diesel pumps out 188 horsepower and 332 pound-feet of torque. These engines and the NP300 Navara’s rugged chassis allow it to tow between 6,636 and 7,716 pounds. 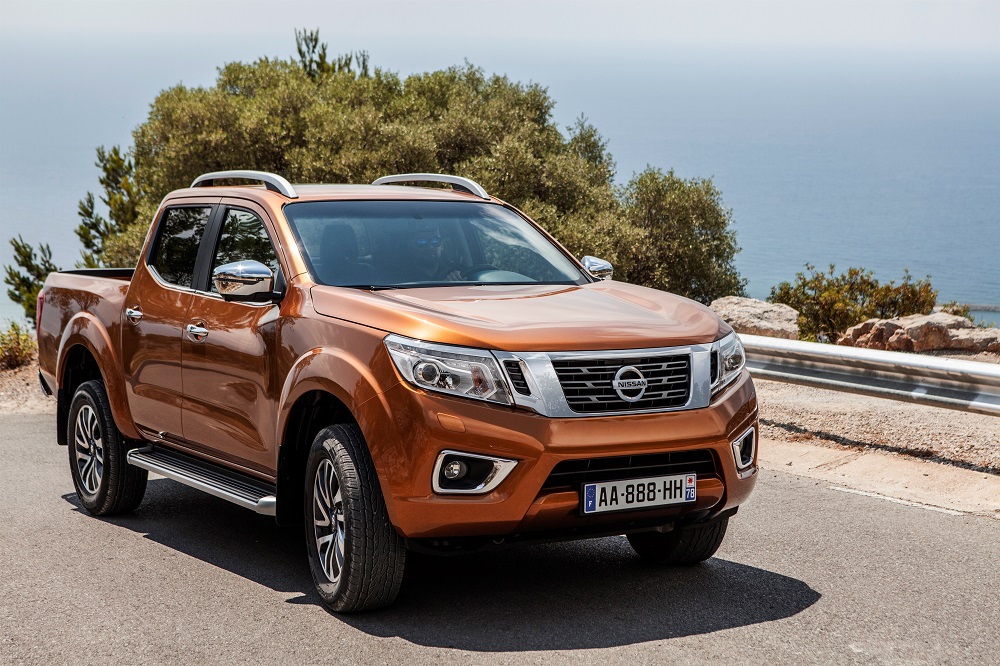 Like Europe, Australia gets a lot of trucks that we will never see in the U.S. One such pickup it the Mazda BT-50. Not since Mazda axed the B-Series pickup (a rebadged Ford Ranger) after the 2009 model year, have we seen a pickup from the Japanese automaker.

The BT-50 would be welcomed by midsize truck lovers in the U.S., thanks to its relatively sporty looks (for a pickup), its range of cab and bed options, and its torque-heavy diesel engines. The latter includes a 2.2-liter four-cylinder that delivers 147 horsepower and 277 pound-feet of torque, and a 3.2-liter five-cylinder that produces a mighty 197 horsepower and 347 pound-feet of twist. The 3.2-liter powertrain combined with the BT-50’s rugged chassis results in a respectable 7,716-pound towing capacity. 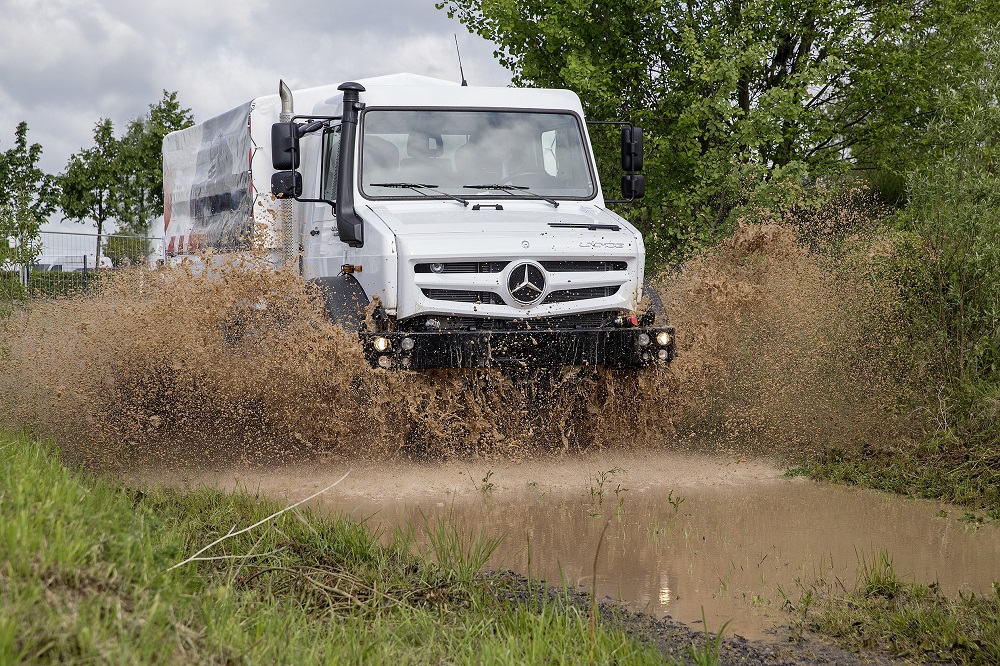 While we do have the Toyota Tacoma here in the U.S., but it is lacking in terms of diesel engine options. The Hilux, on the other hand, has two diesel powerplants available to pick from. The engine options start with the 2.5D that produces 144 horsepower and 253 pound-feet of torque. The range-topping engine is the 3.0D, which injects 171 horsepower and 265 pound-feet of twist.

Both of the engines not only have tons f useful torque, but they also allow the Hilux to tow a decent 6,173 pounds. 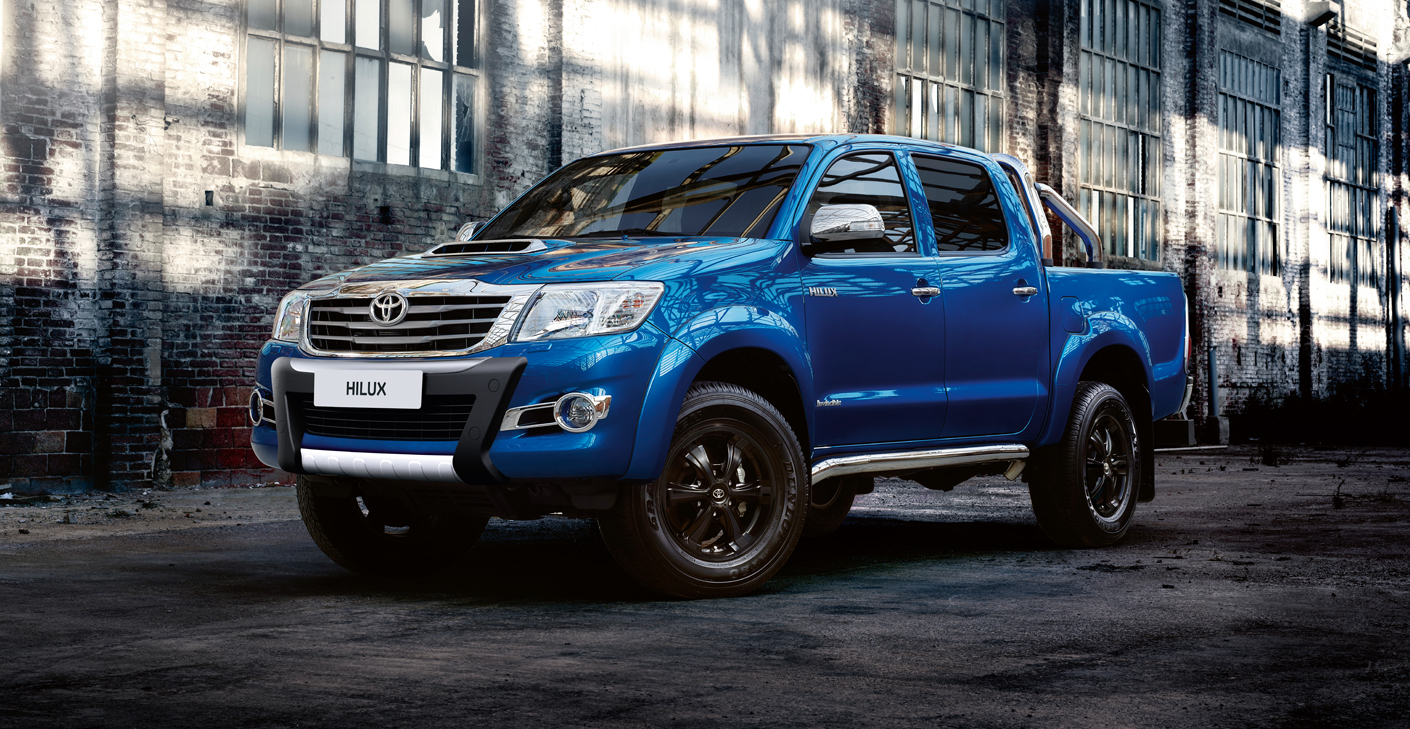 The land down under has a rare breed of vehicle that once roamed the streets of America, and I am talking about half-car, half-truck models known as Utes. While these vehicles may not have the towing and payload capacity of a traditional pickup, they do perform in ways most traditional trucks cannot. 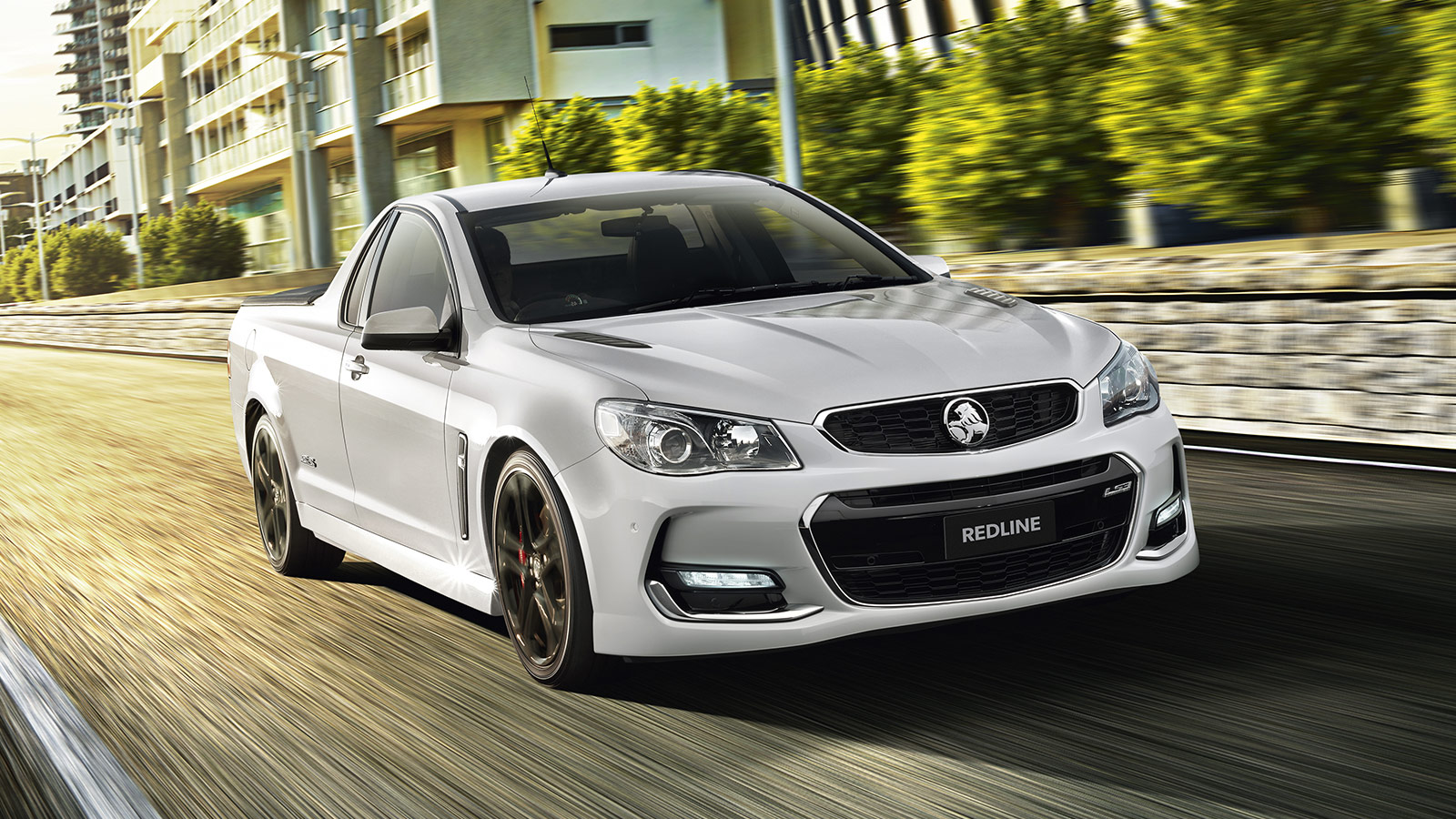 Like its Holden rival, Ford also has a part-car, part-truck Ute available for Australian consumption. Unlike the Holden Ute, however, the Falcon Ute has an optional cab chassis model that allows the buyer to choose the type of bed the vehicle has.

Making the Falcon Ute even more impressive is its ability to tow up to 5,071 pounds. 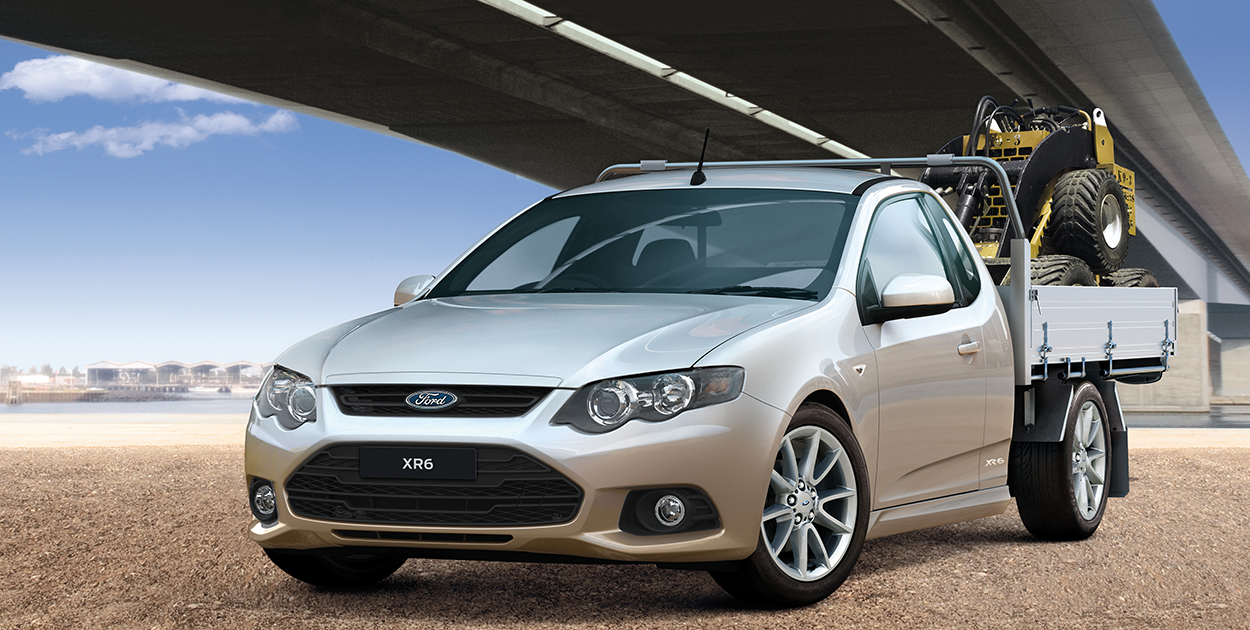 The Land Rover Defender may look like it is ripped straight from the 1960s, but I assure you this is a 2015 model. What makes it so awesome is the fact that you can actually get this retro-looking, off-road-ready rig in a pickup truck setup.


10 Badass Polaris Slingshot Customs
The World’s Most Copied Cars
Fox-Body Mustang Hoonicorn: Ken Block Dreams Up The Hoonifox
10 Forgotten Classic Ford models That Probably Deserved Bett...
New Dodge Hellcat vs. Shelby GT350, Just Who Wins and by How...
25 Most powerful Ford cars of all time (from 235hp to 1,200h...