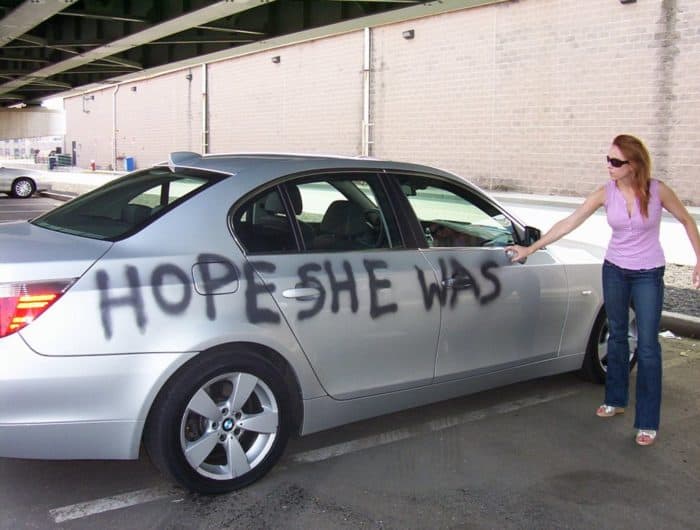 As Mr.Spock once said “revenge is a dish best served cold.” The people who dished out their revenge on someone else’s car were stone cold, that’s for sure. If you need car revenge ideas, scroll down – but always remember, the car was only an innocent bystander… Gone are the days of the original car pranks like a potato in the exhaust…the public have moved onto some seriously mean tactics instead… 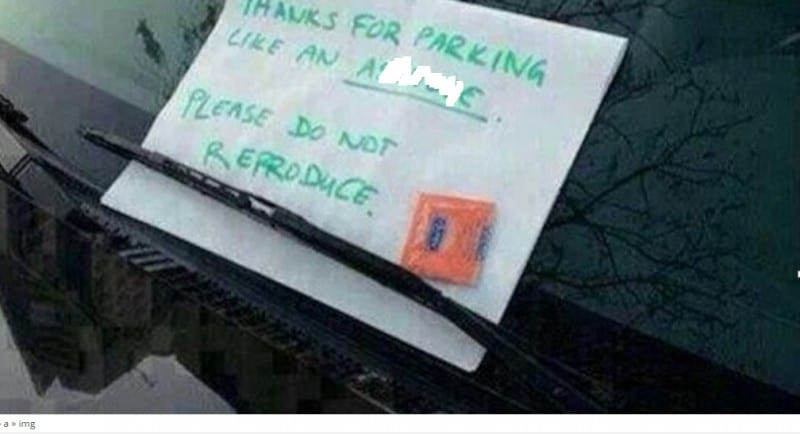 Not only was this individual able to vent his frustration via a somewhat clever note, but he also found a use for the condom that he’d been keeping in his wallet since sophomore year of high school. 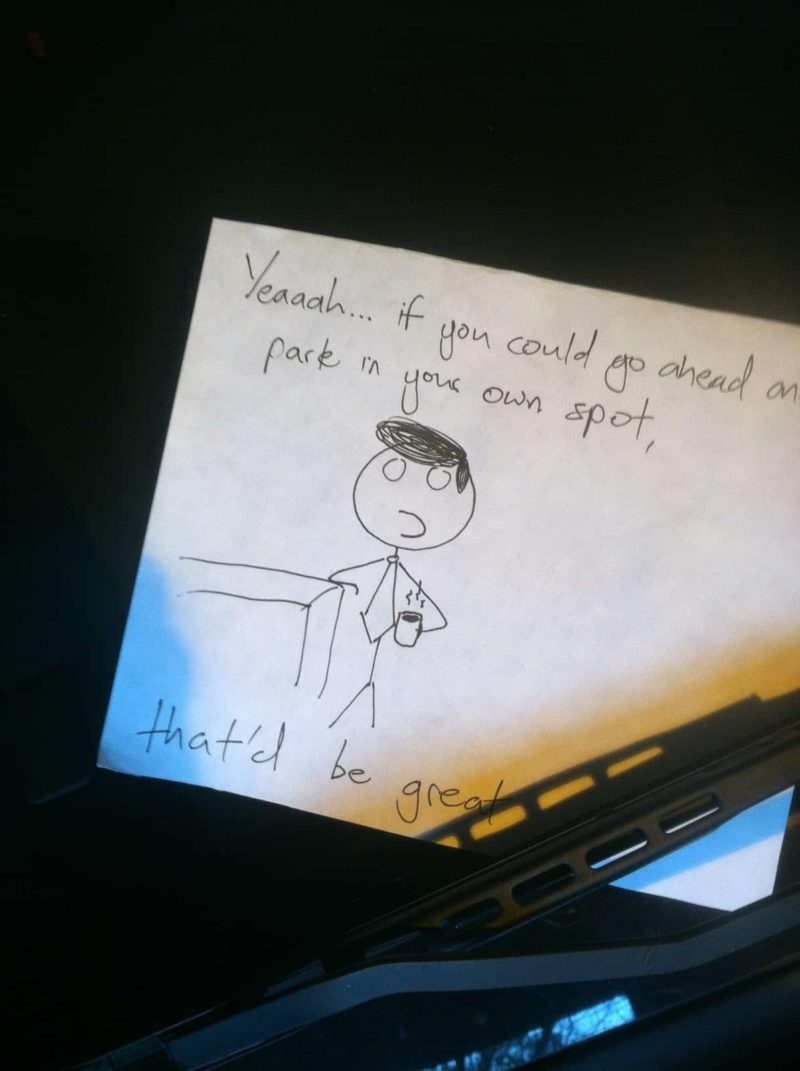 You have to wonder at this attempt at friendly humor combined with a little sarcasm worked, or whether the next day the note writer’s car had the word “idiot” spray painted all over it. 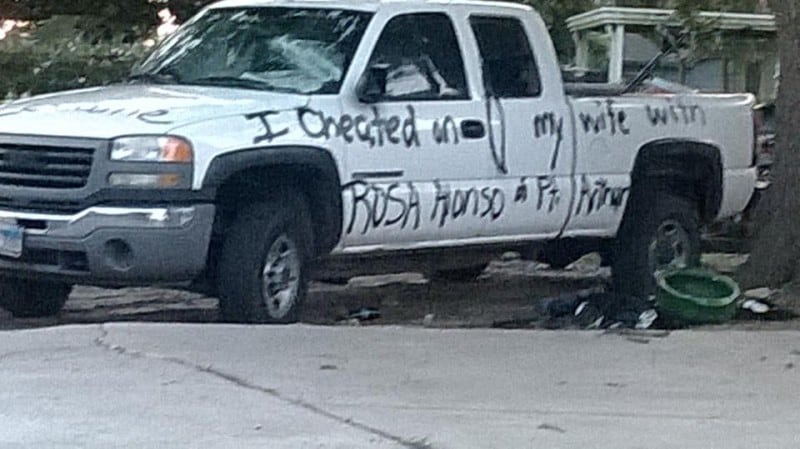 If you’re Rosa Alonso, and your name had been painted on the side of a Chevrolet pickup, I would suggest you a) change your name b) move out of Port Arthur and c) probably do both. 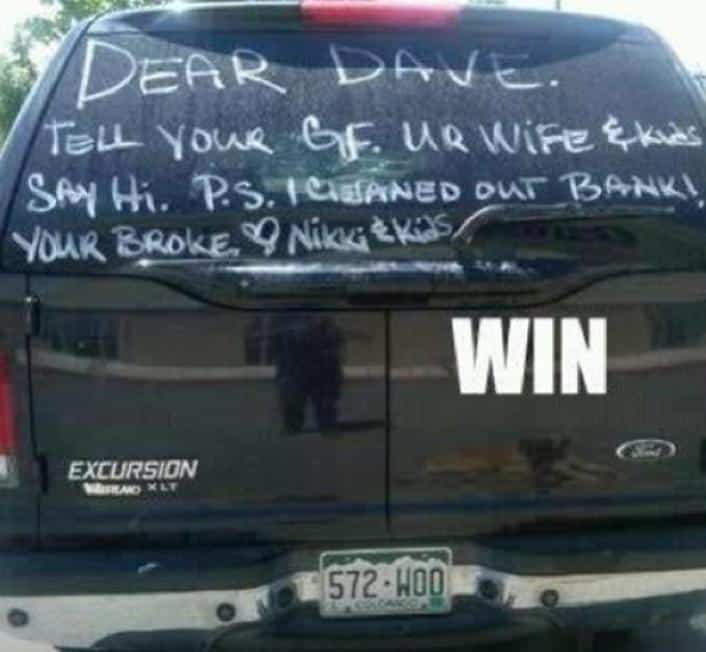 I wonder if when Dave told his girlfriend that his wife and kids said “Hi” he mentioned that he’s now broke. 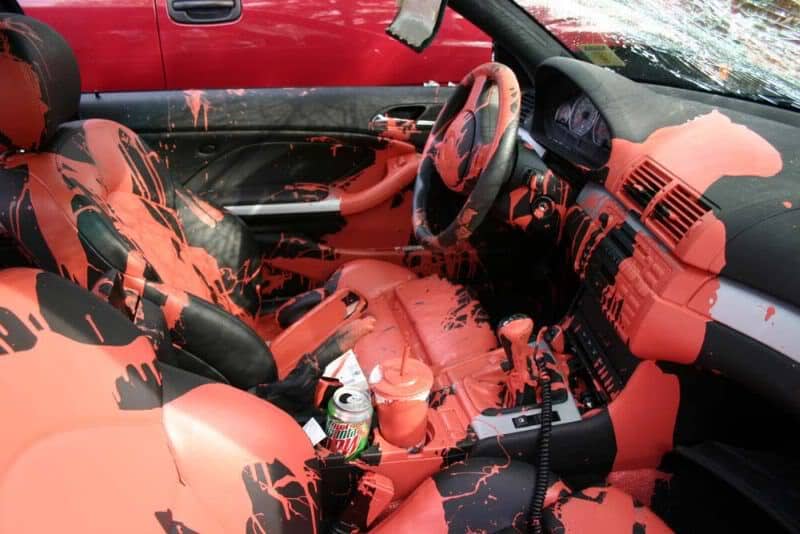 Most revenge seems to be exacted on the exterior of vehicles. Here’s an example of how to destroy the interior of the car, perhaps inflicting even greater financial damage. Even the best upholstery cleaner would have a hard time fixing this mess. What’s interesting about this photo is that the soda can is clean – no paint – which seems to indicate the owner continued to drive the car with its new two-tone interior. 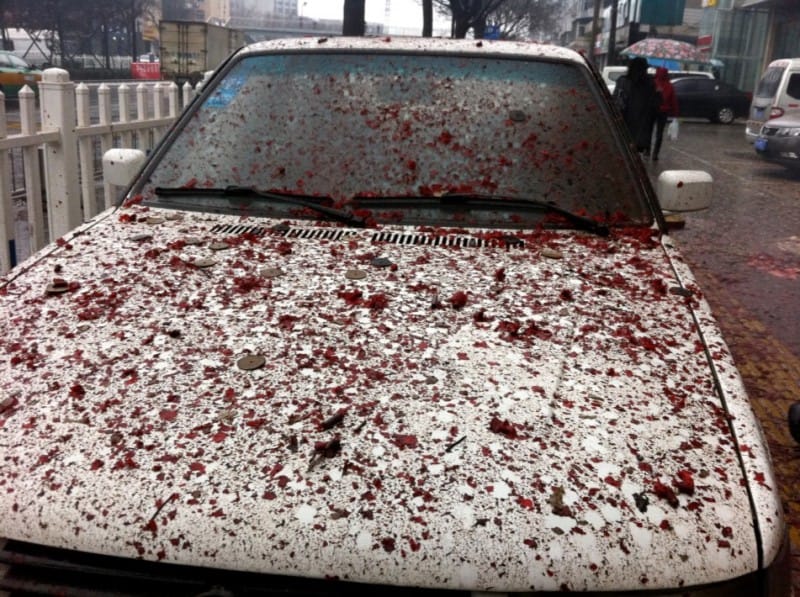 Fireworks are readily available and frequently set-off in China, sometimes to exact revenge on a rival’s car. 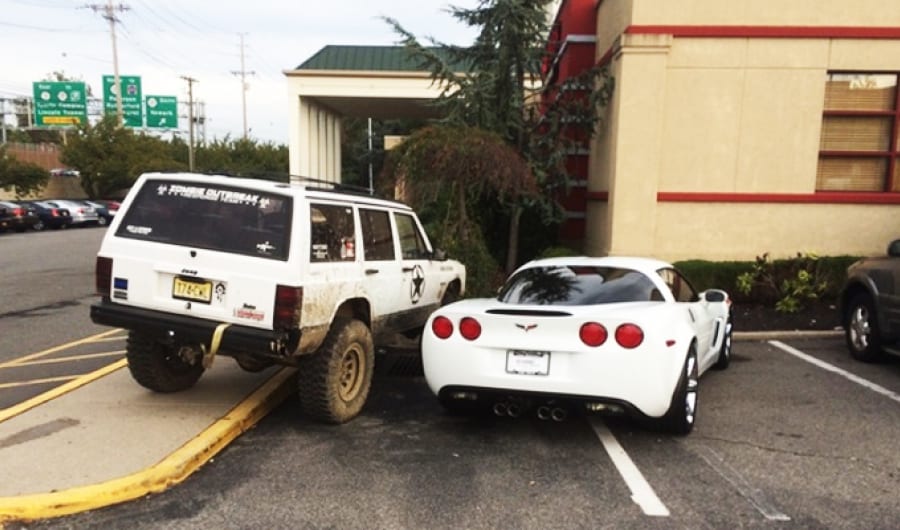 Apparently this Red Robin doesn’t offer valet parking so the Corvette owner parked in the two closest spaces. His friend must have seen his car and thought he’d join him at RR for a tasty burger and a brew or two and figured he wouldn’t mind sharing his parking space(s). Or the Jeep owner was pissed the Corvette owner took two spots. But I like the first version better.

If you’re looking for some mean car pranks to pull as a ruthless act of car revenge, perhaps try something a little softer than these examples. Taking revenge on a vehicle rather than the person who wronged you is unfair on the car! These serious revenge ideas are a little over the top in our opinion, and are less like fun pranks to do one someones car and more like serious types of vandalism instead! If you’re still on the hunt for serious revenge ideas, just make sure you’re doing something mild, preferably not on a brand new car. Something reversible. Like…


What Happened to the British Automotive Industry and Where i...
How to Do a Burnout: The Complete Guide
Best of Overland Expo West 2021: Hot New Overland Gear
Ken Block’s 14 Year Old Daughter Wrangles 1,400 Horsepower i...
15 of the Most Outrageously Great Pickup Trucks Ever Made
Top 12 Deadliest Cars and Trucks