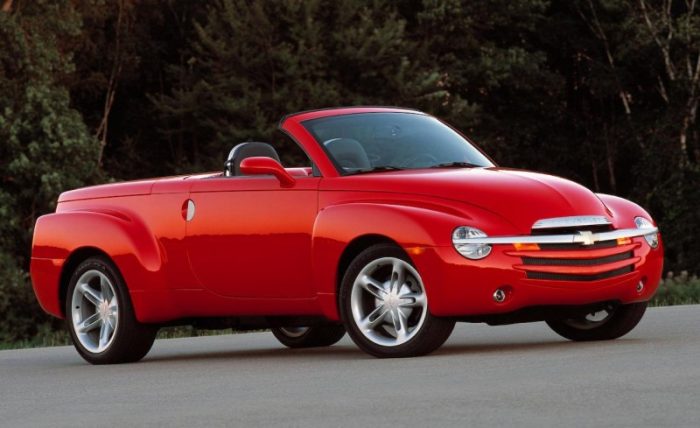 At times it’s difficult for carmakers to separate breakthrough concepts from expensive mistakes. Here are the 10 worst automotive fails of the 21st century.

A few ground rules: we looked for cars with a shorter than normal lifespan, to help make certain we’ve selected a vehicle that missed the market.

Further, they had to be out of production, so despite the fact you could make more money with a lemonade stand than Chevy has made on the SS, it’s still in production and thus off our list.

We also avoided limited edition cars, so we won’t count the Porsche 918 as a “fail”. Finally, we’ve not included vehicles that have been discontinued for reason not their own fault, like the Nissan Xterra, because the plant is changing over (besides Nissan sold too many to make the list any way, but you get the idea). 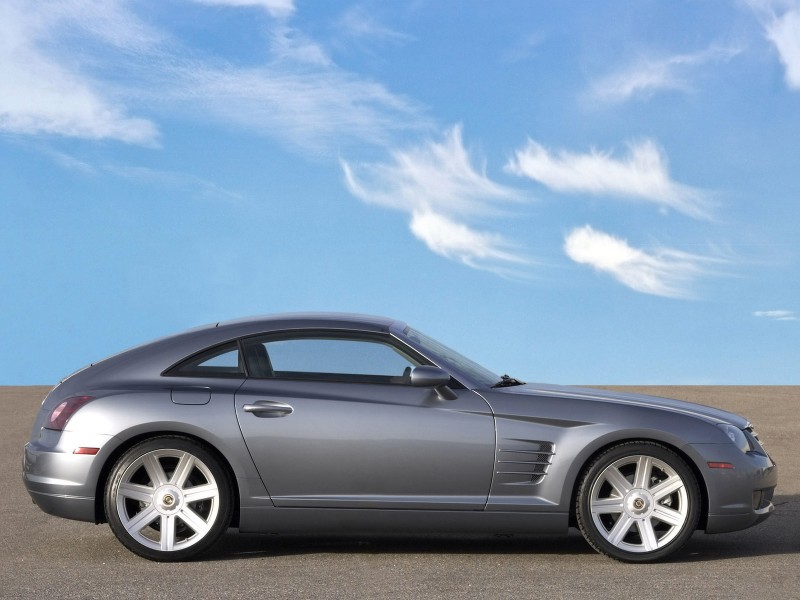 Developed while Daimler owned Chrysler, the CrossFire was built on the already eight-year-old  SLK roadster chassis. The styling seemed better suited to a larger car (as the CrossFire was a tight fit for many) and due to its size lacked any real practicality. Using dated Mercedes-Benz underpinning meant the use of recirculating-ball steering that was slow to respond, and somehow the engineers came up with a combination of indifferent handling and a hard ride. The SRT6 is a sleeper, especially now on the used car market, but couldn’t carry the line. The CrossFire lasted just four model years. 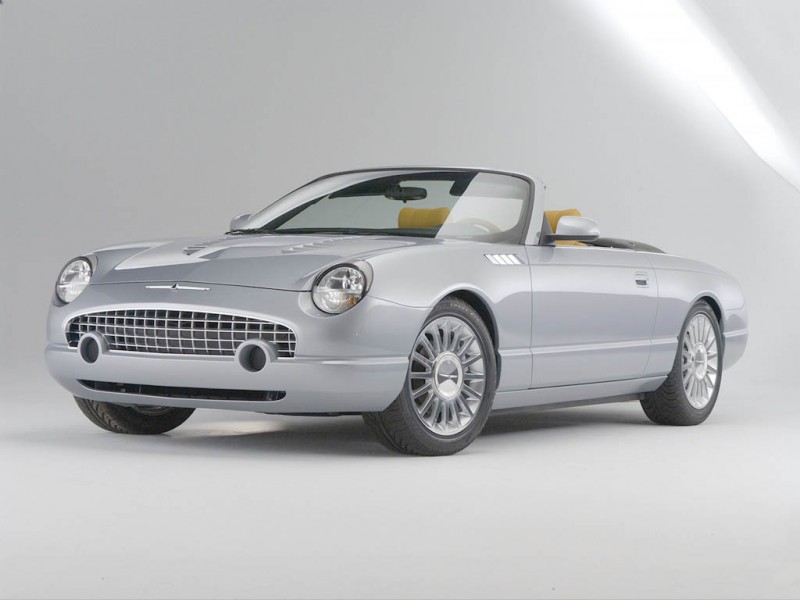 Retro-styled cars were all the rage at the turn of the century. The success of the revived Mini Cooper and VW Beetle encouraged other carmakers to jump on the bandwagon, as Ford did with the 2002 Thunderbird.

Styled to recall the original 1955-1957 T-birds, the revived Thunderbird drew attention to itself, but unfortunately it was really just a two-seat Lincoln LS. Removing the roof resulted in a loss of rigidity, which Ford countered with bracing that added significant weight to the ‘bird.  So what you ended up with was a big, heavy, thirsty convertible with the utility of a Mazda Miata. After an early sales surge, interest among consumers plummeted, and it lasted just four years. 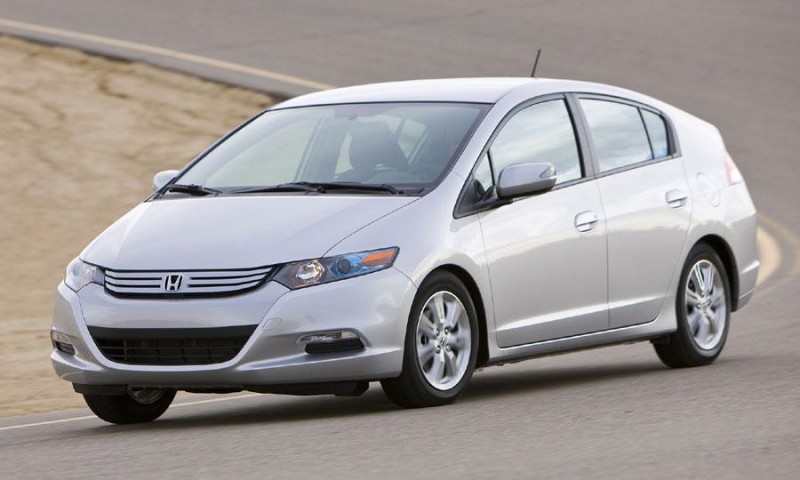 Maybe Honda should have just dropped the name. The original Honda Insight hybrid, the aluminum bodied CRX wasn’t much of a seller either (despite getting to market ahead of the Prius, the Toyota hybrid outsold it 18:1). And neither did the second generation Insight, which Honda did its best to make it look like a Prius. The best sales were its first two years where around 20,000 moved off dealer lots (opposed to over 150,000 Prius during the same time period). Sales in Europe were even worse, never getting past 15,000 units. Another model that lasted just four years in the marketplace. 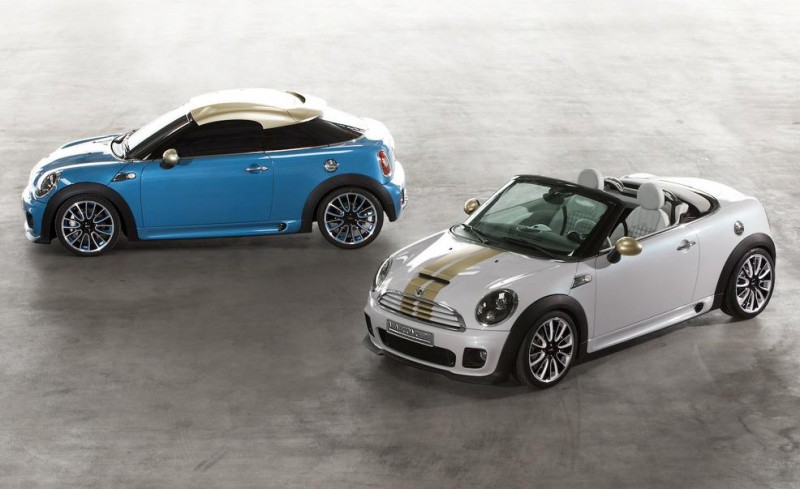 Apparently the Mini team had never head the adage about “too much of a good thing” because they tried to make just about ever conceivable variation on the Mini theme (Mini viewed the VW Beetle as a cautionary tale – it launched great but there was no second act waiting in the wings). The Coupe and Roadster took the concept too far into the mini direction (pun intended). In fact it’s the larger Minis that are the best sellers in the fleet. The pair lasted just four model years in the market. 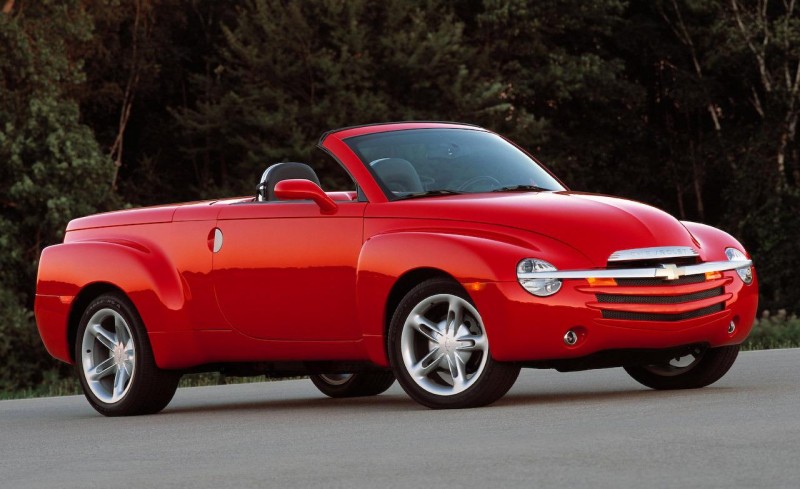 Neither a pickup nor a roadster, and not very good at just about anything.  Styled after ’50s Chevy pickups the Chevrolet SSR was based on GM’s midsize SUV platform but lacked any real utility. With its heavy-duty underpinnings, it was not a boulevard cruiser. It was also heavy and (at least initially) under-powered. Sure it was great to drop the top and go for a cruise, but for the price there were better choices, especially among classic cars. Despite a bump in horsepower and some further refinements in 2005, the SSR was dropped after the 2006 model year. 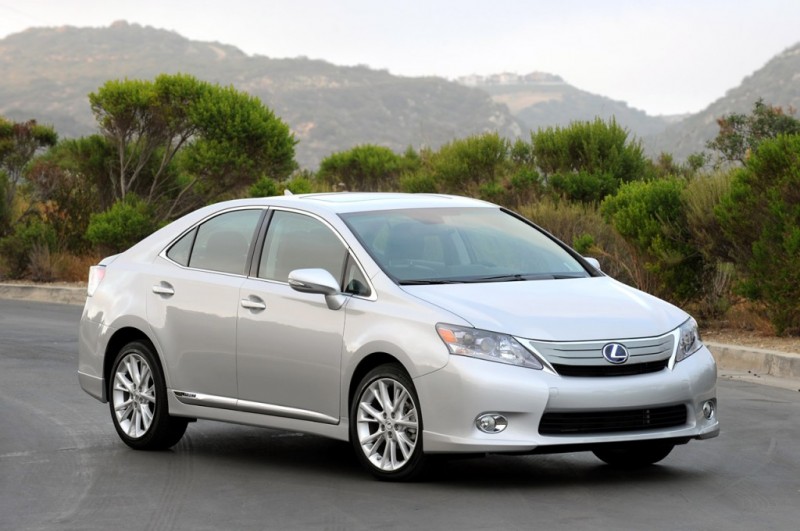 Based on the Euro-market Toyota Avensis, the HS250h was rushed to market in 2009 as the luxury maker’s entry-level hybrid offering. It was an unusual knee-jerk reaction from Toyota and it was brought to the US more as a competitive reaction than to answer an actual consumer need. The HS 250h’s size and Camry Hybrid powertrain kept it from achieving Prius-like fuel economy numbers. Besides that, the rear seats didn’t fold and costly options pushed up the price. The model lasted just three brief years in the US market. 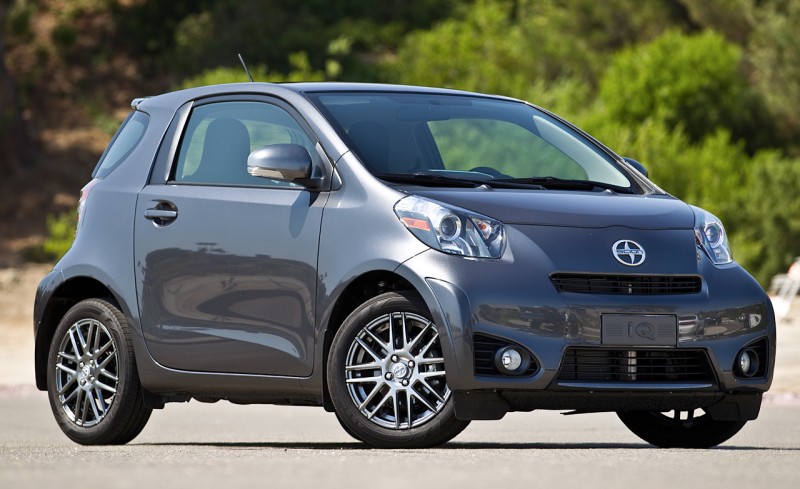 Though wider and a bit longer than the Smart ForTwo, the Scion iQ seemed to get lumped into the same Microcar category by consumers. Toyota knew the perception among Americans is that very small cars are not safe (at least outside of town) and built to iQ to achieve Four Star Crash Test Rating and installed 11 air bags in the vehicle. Had it been a better performer, it might have stood a chance as a niche model, but its 94 hp and CVT (no manual option) kept performance on the down low. 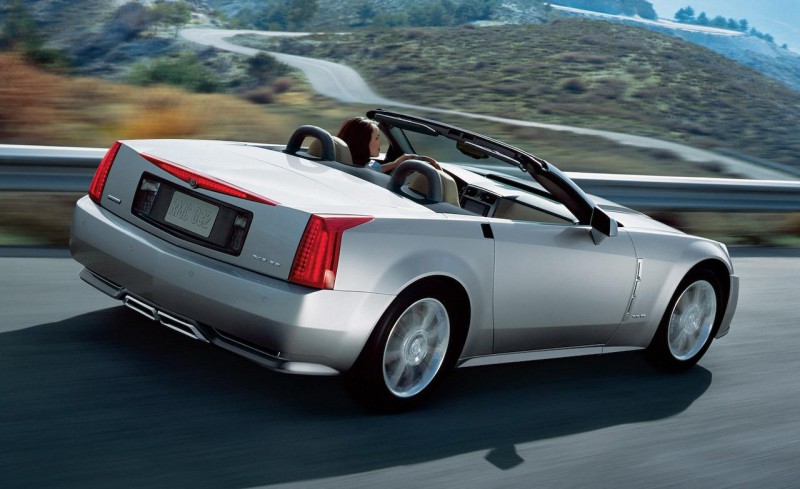 Hard to think of a Cadillac as a recycled Chevrolet, but that’s exactly what the XLR was. Built on the outgoing C5 Corvette platform, the Cadillac XLR had a less-powerful V8 engine, softer suspension and sported a folding hardtop roof. For all that trouble, Cadillac charged $75,000, which was about $20,000 more than a fully loaded Corvette. The Cadillac XLR  went out of production in 2009, but it took GM until 2011 to sell off the remaining stock. 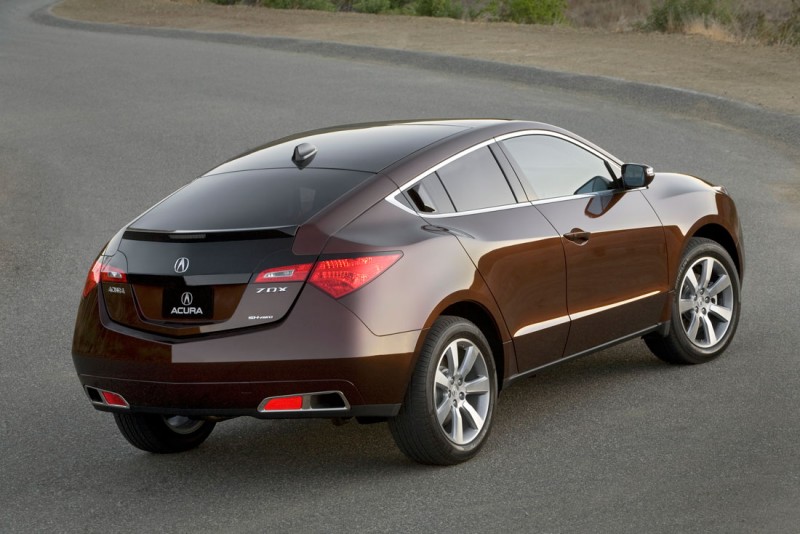 Rumor has it that at the official media launch, some smart aleck editor quipped that Acura would never sell the ZDX in quantity and its initials stood for “Zero Demand Expected.” As it turns out, perhaps truer words have never been spoken. The Acura ZDX was  built on the MDX platform, and in an attempt to make it more edgy, Acura stylists chopped the rear section to give it an aggressive tapered hatch. This made the ZDX’s appearance more aggressive but utility took it on the chin. Rear-seat passenger space made a 911 seem roomy, and the trunk would barely accommodate a set of clubs. Somehow Acura kept the ZDX in its line for four model years. 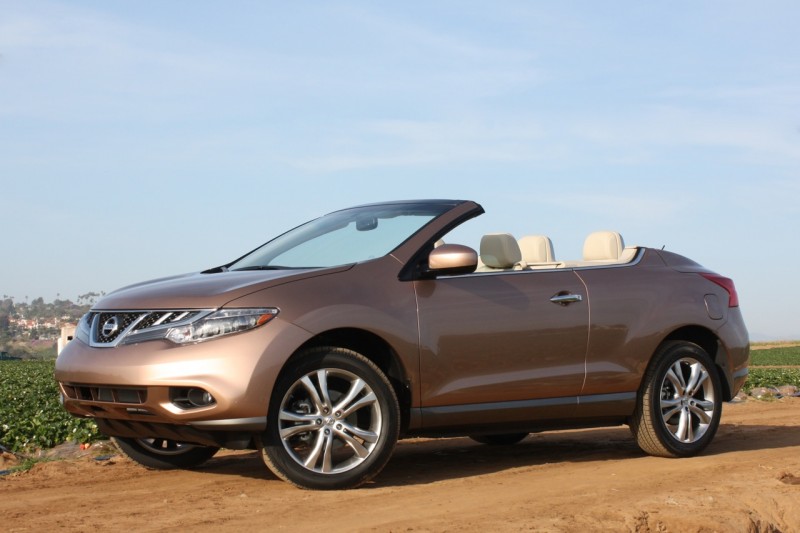 As it did with the Juke, Nissan rolled the dice with the CrossCabriolet. While the Juke came up a 7, the CC tossed snake eyes.  Who would have thought to take a five-door crossover and turn it into a two-door convertible? It’s not a bad or even unproven concept – consider how the Willys Jeepsters have become classics. The problem with the Murano CrossCabriolet is that its unconventional shape, while less of an issue as a crossover, was unattractively accentuated by chopping off the roof (which also reduced chassis rigidity). Rear seat access was tight and in the end, too many compromises kept customers away.