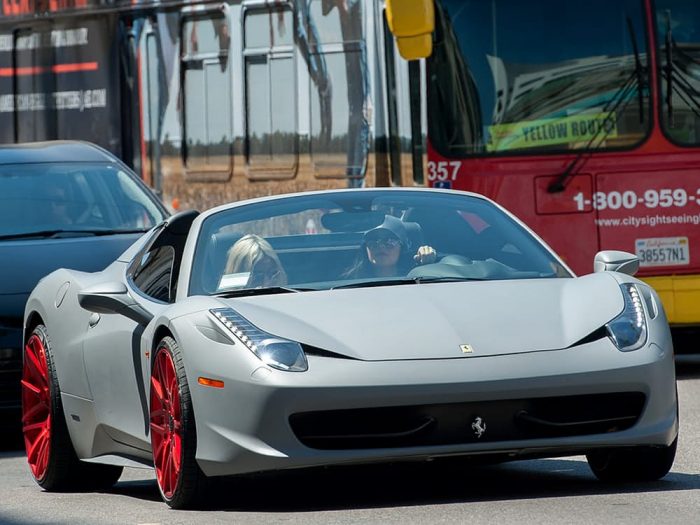 Rich people and expensive cars are inseparable. Women and cars are also a fantastic combo, but celebrity women and expensive cars make the best pair. Rich and affluent women love spending on their gadgets and gizmos. Expensive cars that cost your life are part of the Hollywood celebrities. Well, why do they do it? It’s simply because they can do it!

No woman is complete without accessories and these luxurious cars are the top-notch trendy accessory for these affluent women. More than the big mansions, insane parties, private islands and the flashy clothes, these extravagant cars make the rich stars feel complete. Most of these women have earned through the way of fame fair and square, but life is not always fair! They do have all their rights to splurge into the sinful extravagance. Don’t feel bad if you can’t do better than a Ford Focus. Life isn’t fair and we really cannot feel bad about that all the time. From the world-class Rolls-Royce to the equally and insanely expensive Aston Martin, Ferrari, Mercedes or Lamborghini, these women own them all.  It is a woman’s world – after all! 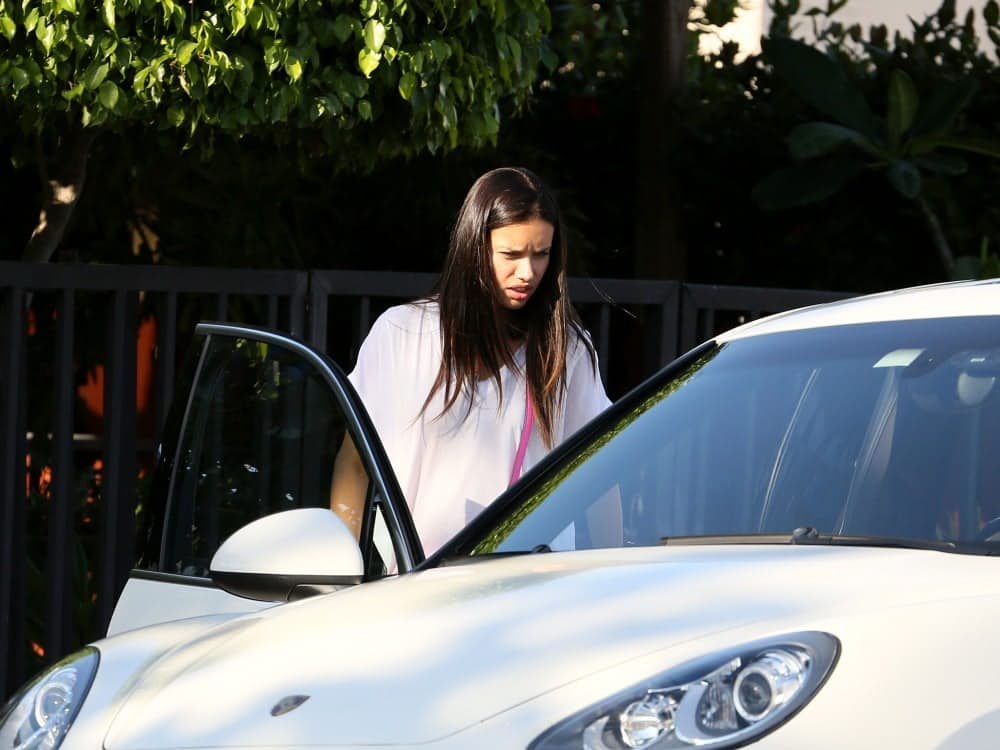 This Brazilian beauty is the humble owner of her reasonably priced supercar when compared to other celebrity cars. She is listed as one of the hottest models of all time and that entitles her to a lot of fame and riches. Being one of the hottest models, you can bet that her paychecks are bigger than most of the other models. Lima is a true Christian who believes in ‘No sex before marriage’. Apparently, God noticed her devotion and blessed her with abundant fortunes. This Porsche car is worth $100,000, but it is way cheaper compared to some of her famous colleagues. 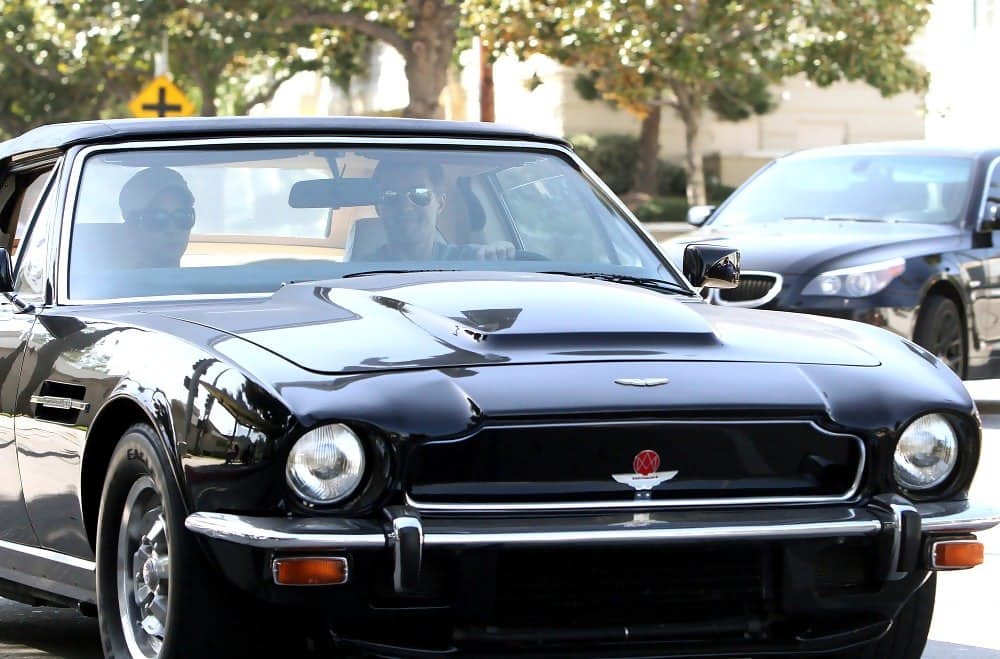 Halle Berry is so adorable. She’s admired for her charming looks, her movies are a delight to watch and no wonder that she is very successful. Her car is as curvy as her body. She owns an Aston Martin V8 Vantage, a car that many aspire to buy at some point in their lives. In fact, more car enthusiasts would want the V8 engine more than anything else in their lives. The car’s worth is estimated at around $110,000 – worth every penny spent! 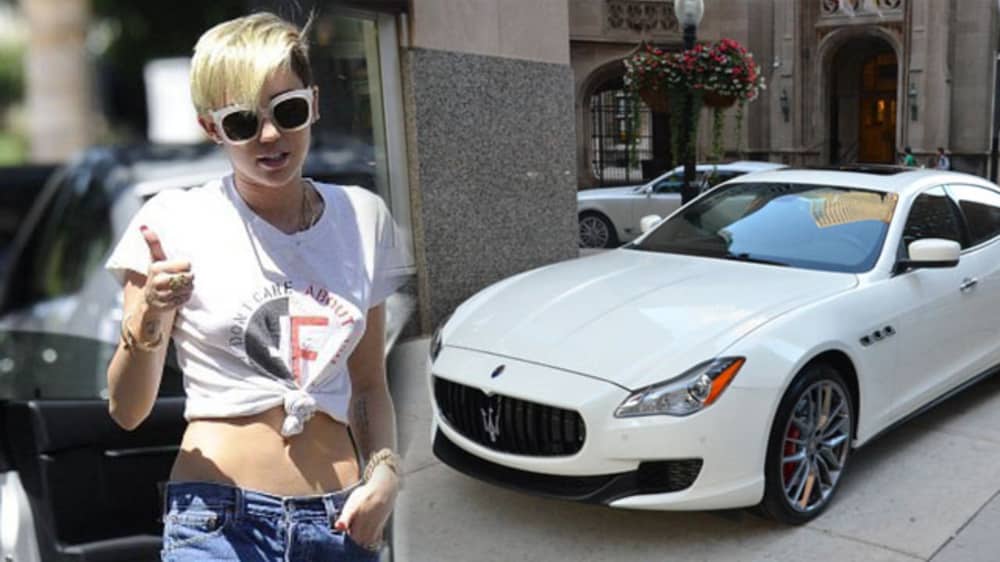 From being the children’s favorite Hanna Montana to the scandal queen, Miley Cyrus is one of the most sought after artists. She is, perhaps, still discovering her inner self, but has been in the news a lot for many reasons. Her singing and acting skills, and her ability to create controversy have put her in the top charts. What else can you expect from someone who was in Hollywood since she was a child? A little-known fact about her is that she has a rare heart condition called Tachycardia. This makes her heart beat faster than what it normally should. Her Maserati has been stolen once, well, that would make all of our hearts beat even faster than hers! Luckily, the good police force, LAPD got her prized possession back to her, unscratched and unharmed. 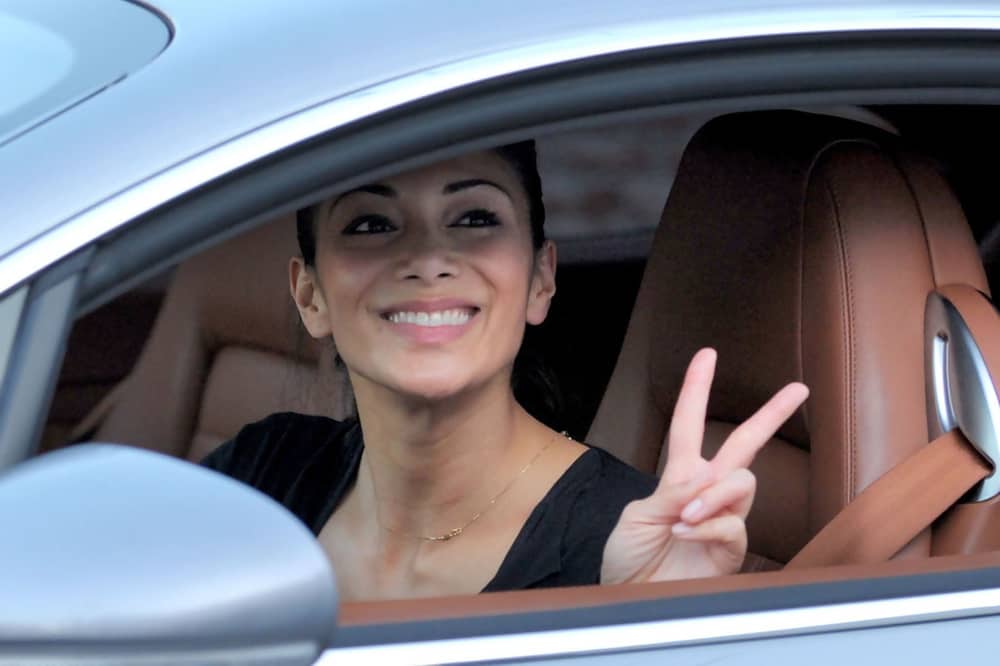 The former Pussycat Doll has kept guys following her ever since her group became popular. Now, even though her group is vanished, she still does a great job as a solo artist. She is a multi-talented person who can sing and act. The best part – she never seems to grow old. She has a special affection for Bentleys. Although she has dated the F1 racer, Lewis Hamilton, she is definitely voting in for class than speed. Her car is worth $112,000, and it is pretty smooth. Nice girls have nice cars! 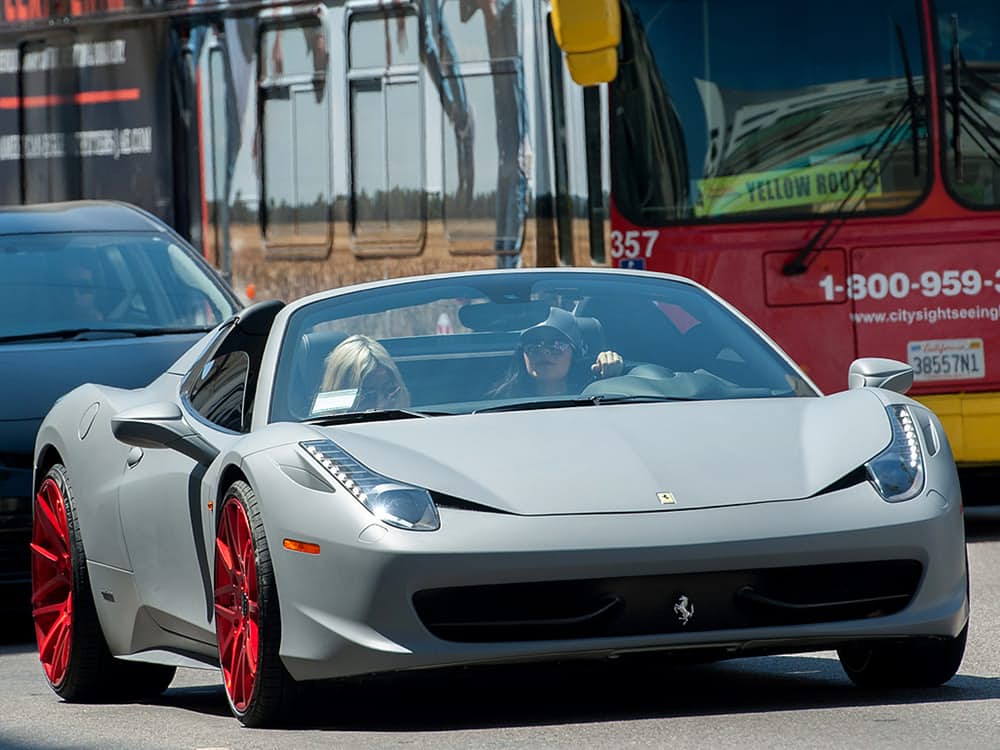 Kylie was lucky enough to be born with a silver spoon. Her affluence has made her a spoiled kid who had everything at her disposal. Over-partying, throwing money around and minor delinquency was her cup of tea right from a young age. In fact, on her 18th birthday, she bought herself a $2.7 million mansion. She has a fleet of cars for her personal use that would make you feel so unlucky! Her collection includes Rolls Royce Ghost, Ferrari 458 Italia, and Mercedes G63 – The top in class cars. She does seem to favor the “Rari” – worth $240,000, probably more expensive than her high school building! 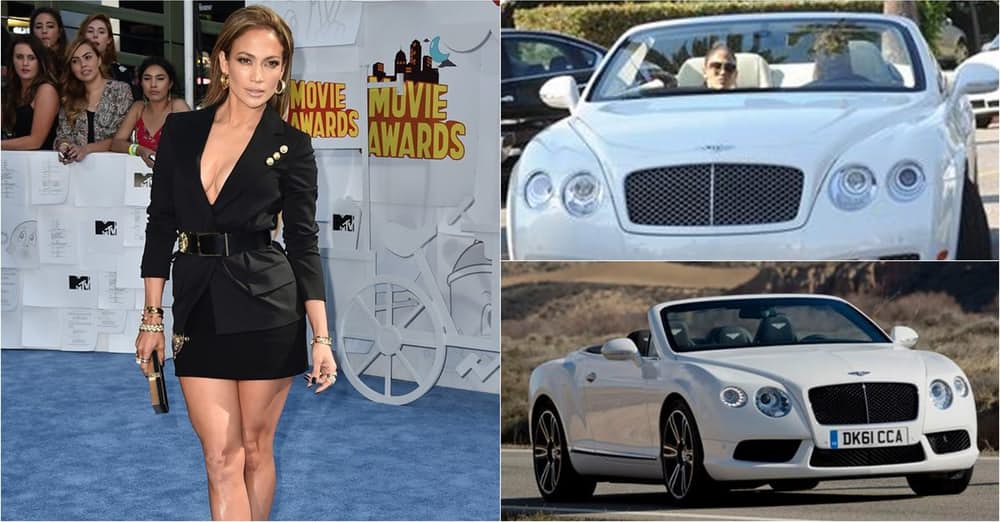 Jennifer Lopez is an all time favorite artist for many reasons. Both men and women adore her for her exclusive talent. She is age-defying – Believe it or not, she is 46-years-old now. Her face does not show a single sign of a wrinkle and her booty is as young as ever. No one would believe that she is a mother of two kids. She has always been better than anyone else, and has an amazing body that is undeniable. Her car is quite unaffordable for most of us. It is a Bentley Continental GTC Convertible that is worth $250,000. We take a wild guess that her car comes with a youth fountain that keeps her fresh and young always. 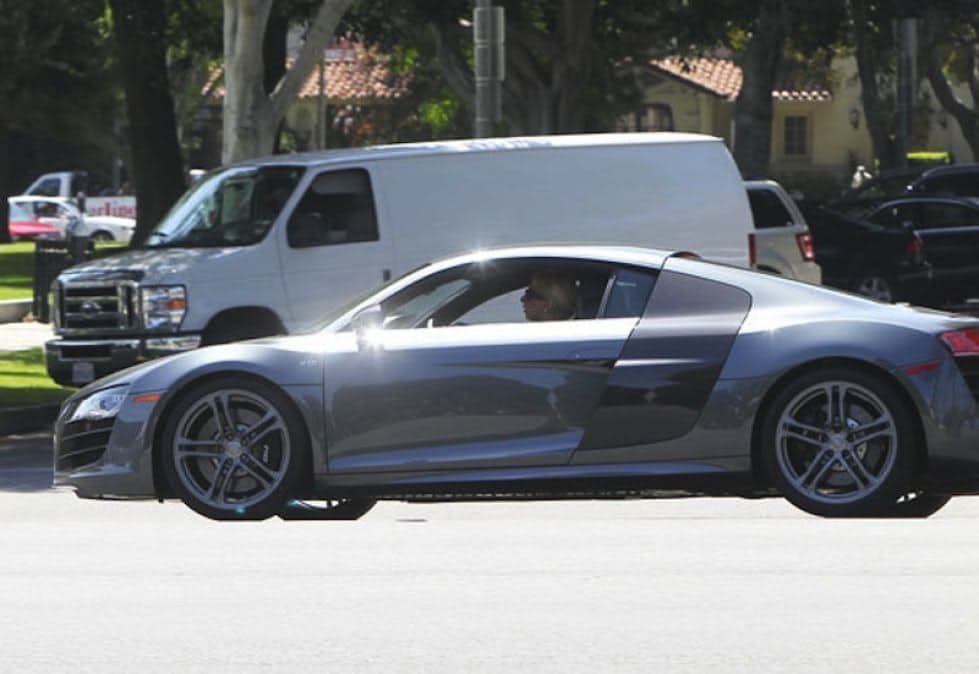 Lady Gaga is rightly called as the queen of the weird and bizarre in the pop world. She is eccentric and has a special aura around her. Most people expect her to ride a unicorn that is rainbow-colored or a dragon that spits fire in her usual public appearances. Unfortunately, she has a better choice when it comes to her car. She has an Audi R8 GT. What makes this car special is that only 333 models of the GT were ever made. It is a rare species that is worth the $162,000 price. Far better than any regular Ford Focus that common man would drive. 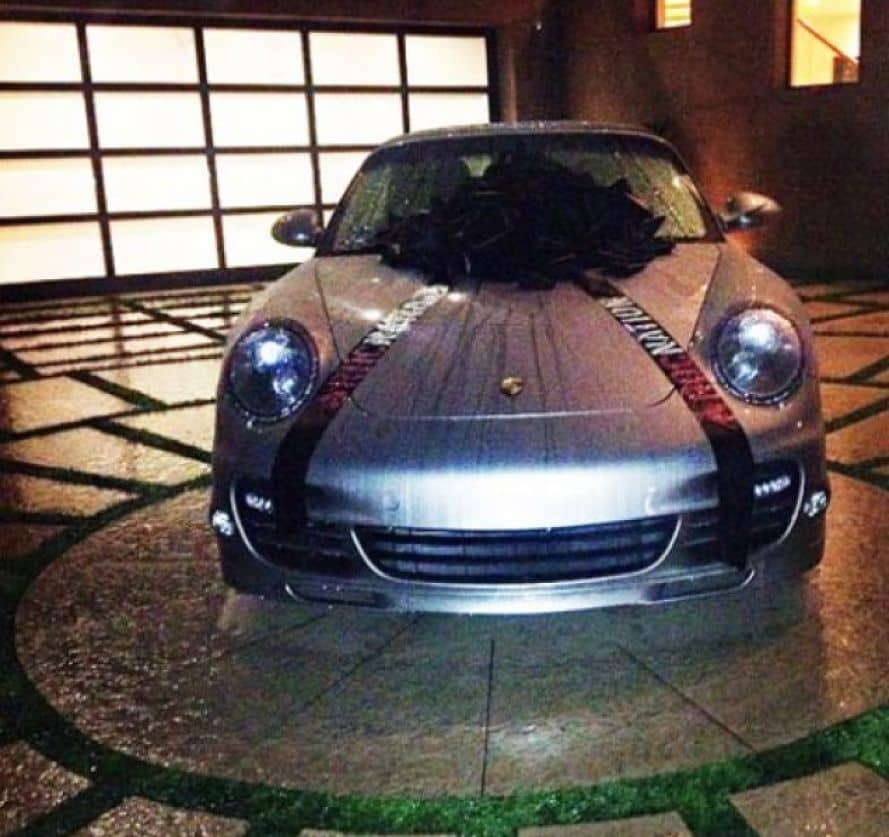 Rihanna has gained a lot of media attention as the ‘once good girl who has turned bad’. Her controversies have made her more popular than ever. If you were a millionaire superstar at 17 like her, you might be crazy by now. Luckily, most of us are not superstars or millionaires when we were teens, so we will never know what Rihanna went through. This dusk-skin beauty from Barbados is too much fun and her style seems to increase by the minute. Her car, the Porsche 911 Turbo S, is rumored to be a gift from her ‘boss”, Jay-Z. Oh! What on Earth would we trade to get such a boss! The sad part, some of our bosses might not even gift us a car key ring! 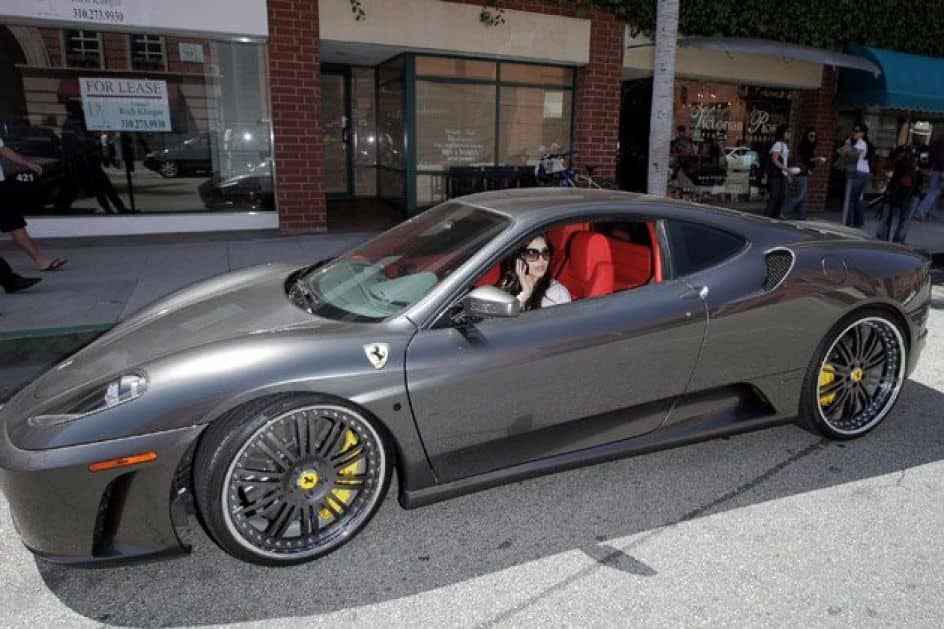 Kim, without a doubt, is famous beyond our imagination. While we still wonder how the hell did this woman become famous, the star is happily driving her all luxurious Ferrari F430. Although her road to fame seems cloudy and mysterious, we have to accept that she is at the top now. She is Yeezy’s baby mama and she will never quit for a long time, for sure. If you know someone who feels like a failure in life without formal education, here is Kim, she could bring about the inspiration that you can really do well in life without a college degree. Her car is worth $187,000 and it is built to go fast.at a speed of 200 mph. Let’s just hope that Kim is safe when she is in her car! 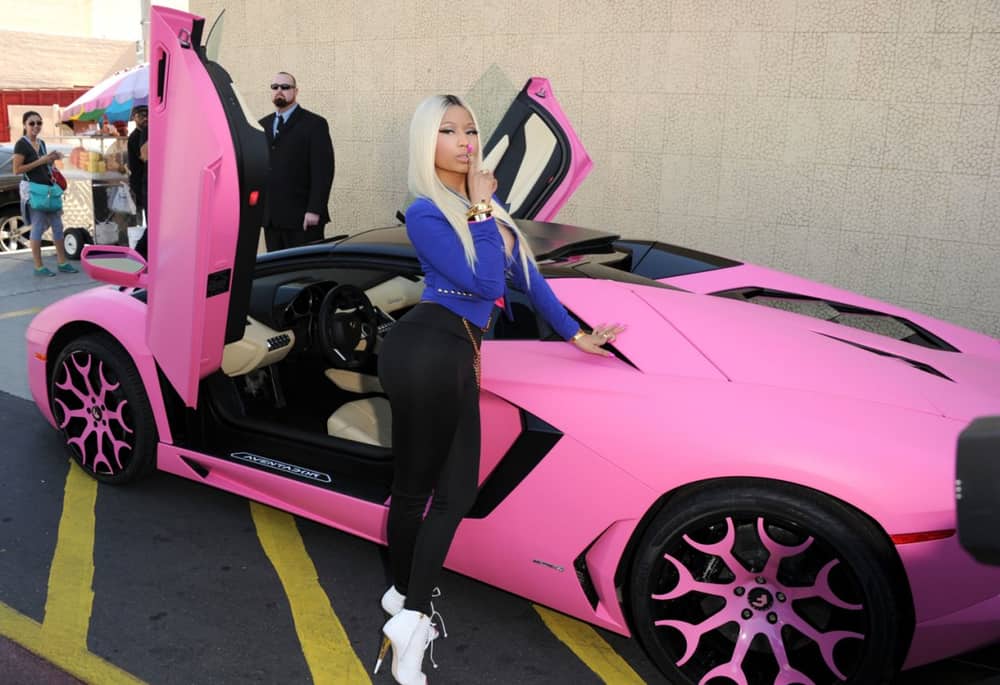 Lil’ Wayne brought to the world some incredible talents – one of the best of them was Nicki Minaj. Her cars are as flashy as her hair color. She loves her cars in flashy neon paints. Her Lamborghini Aventador is painted in a flashy pink, including the rims in the car. Her all-famous Barbie-like appearance might explain her passion for pink but car enthusiasts would never approve of that pink neon on the car! Please Nicki, change your mind and spare the car. The car is worth $400,000, and we are quite sure it must have cost her more to remodel it to suit her taste. 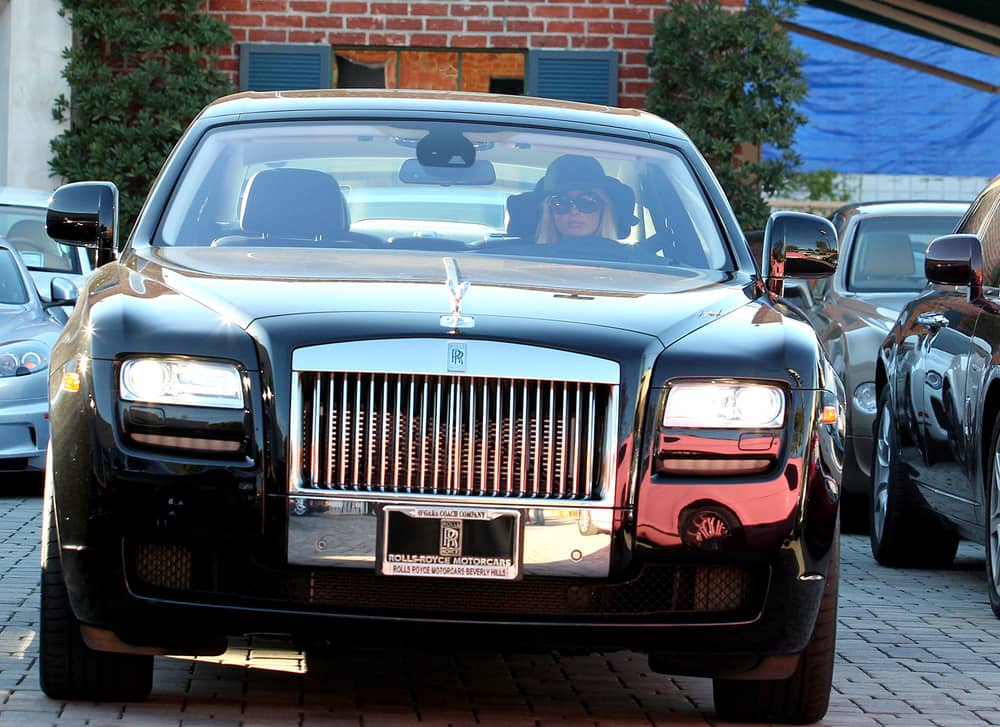 Some people are never lucky with the money thing. They seem to lose it anyway. Luckily, Paris is not one of them. She is a blessed woman with innumerable talents. She also has her way with her wealth. She is an excellent TV star, singer and actress. She has inherited a ton load of wealth including a chain of luxurious 5-star hotels. The Rolls Royce Ghost is priced at $250,000, but her 16th birthday party’s worth would have been more than the car’s value. Another interesting fact is that she also drives a Bentley, which is painted all PINK! 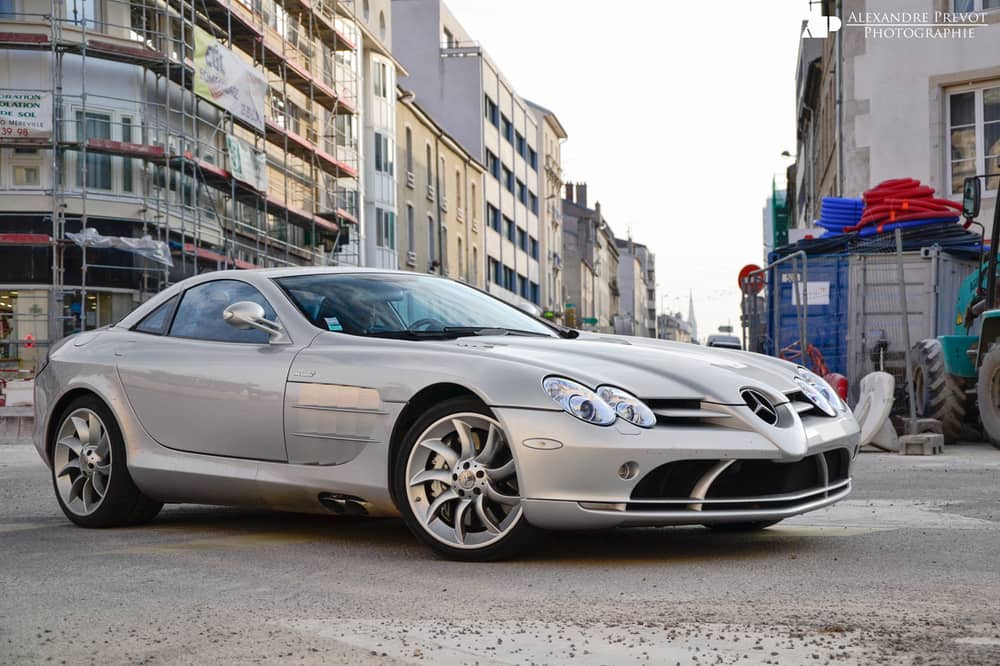 Can you guess who runs the world today? Well, to most car enthusiasts, it is Beyonce! Luckily, Beyonce was famous even before she married the sugar daddy – Jay-Z. She owns the monster car that costs a whopping $500,000. The fact that woman owns such an extravagant car might really sound sad for some proud men out there. Life is never fair people. But hey, women, take up a challenge, be independent and beat that man of the house with extravagant cars that you earned yourself!


2015 Toyota Camry Sleeper With 850 HP
The 35 Coolest Car Names Ever And Their Meanings
Make Your 007 Dreams Reality: The 2022 Land Rover Defender B...
5 small Suv's that you can turn into cool mud buggies
7 Facts You Didn't Know About the Chevy Logo
Top 10 Movie Car Stunts of All Times