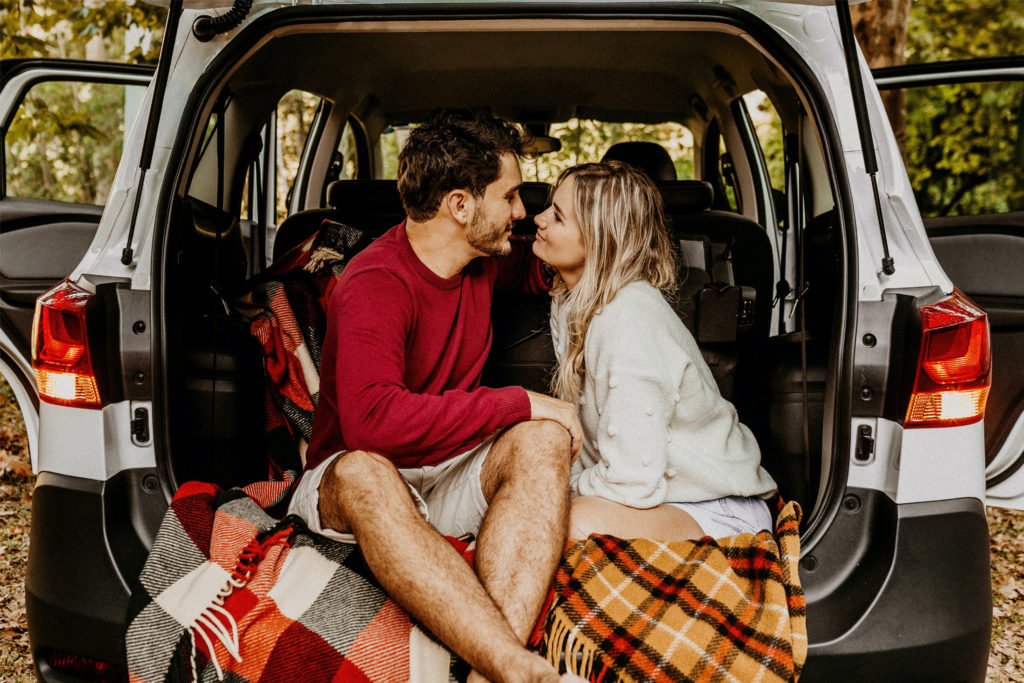 Sex in a car is something of a rite of passage. And maybe nowhere more so than in America, which has more cars per capita than any other large nation, and where the legal driving age can be as young as 16. From ’70s bench-seat behemoths to flexible-seating SUVs, we take a lighthearted look at the best cars to have sex in for your amorous adventures.

Most Americans will own a car while still living with their parents. This means that many early sexual experiences take place on four wheels. A 2017 survey by driving-tests.org revealed that nearly 85% of Americans have hooked up in an automobile. And 14% of people questioned for a 2016 University of South Dakota study said they lost their virginity in a car.

Best Car to Have Sex In: Size Matters

Historically cheap gas, substantial incomes, and seemingly endless open roads made large cars more viable stateside than in most other countries. A larger car typically means more interior space plus plenty of headroom, which lends itself to amorous automotive adventures.

Minivans, full-size SUVs, and conversion vans, with their voluminous interiors and flexible seating, are natural “passion wagons.” SUVs came out on top for “satisfaction by vehicle type” in driving-tests.org’s “Smooching in Sedans” survey. And there’s a reason why those bumper stickers warn: “If this van’s a rockin’, don’t come a knockin’.”

So we took a look at less obvious “love rides,” and why these vehicles are deceptively well suited to steamy windows on lovers’ lanes.

The heyday of huge, American-made “land yacht” sedans and wagons was from around 1960 to the late 1970s. These luxurious cruisers were largely killed off by the 1973 and 1979 oil crises, but models like the Chevrolet Caprice, Cadillac Fleetwood, Lincoln Town Car, and Ford Crown Victoria/Mercury Marquis lingered much longer, albeit relatively scaled-down.

Many of us have driven such “boats,” often as hand-me-down first cars. Their sheer roominess, couch-like front seats, and unobtrusive column shifters eliminate even the need to jump in the backseat to get busy. But the backseat is where it’s at in the category’s cavernous wagons, which have cargo areas the size of single beds.

Pickup trucks blur the line between sex in a car and on a car. They can access more secluded spots well suited to intimate encounters and have a typically higher, and thus more private, stance. A truck’s stiffer suspension can also be a bonus when you’re considering the best cars to have sex in.

But the main advantage of a pickup for lovers is the rear bed which, weather permitting, can double as a literal bed. The upside of this is sufficient space for even the most athletic of lovers. The downside is that truck-bed sex is much more public than doing it inside a car. But perhaps the biggest challenge is the rigid steel construction, which no bed liner is going to properly cushion. And showing up for a date with an airbed in the back is just way too presumptuous.

While contemporary convertibles tend to be compact, their retractable tops reduce restrictions for amorous couples making them a great option as one of the best cars to have sex in. Also, with the top down, the trunk lid of a convertible sedan enables interesting interior-exterior/in-on sexual options not viable in any other vehicle type.

Even with the top up, a convertible is sexier than an equivalent hardtop, because repeatedly banging your head on a flexible soft top is far preferable to doing so against unforgiving steel. But be warned that high heels can wreak extensive, expensive havoc on a fabric roof.

While so-called “import tuners” – modified, typically Japanese import models – tend to be small, they still have shaggin’-wagon potential. This is handy, as their drivers are almost universally young. First-off, quick-release steering wheels can be removed for all-important additional legroom. And interiors gutted for weight savings mean more room for other cravings.

However, all those aftermarket gauges can be hell on naked knees, and non-reclining racing seats seriously impede sexual raciness. And a roll cage, while it might provide useful hand grips, is otherwise a style-cramping turnoff.

Purpose-built taxis like the long-running Checker Taxi and London’s “black cabs,” are tempting to couples due to their enormous rear cabins. Intended to accommodate multiple passengers and bulky luggage, the back of a cab offers sex on wheels with minimum compromise. But unless you have a really understanding driver, are raving exhibitionists, and/or have a sex-in-motion fetish, cab sex is inadvisable.

A viable compromise, if you can find one, is the Checker Marathon. The consumer version of the otherwise very similar Taxi model was produced as a sedan and wagon from 1960 to 1982. Sufficiently roomy and comfortable for extended and adventurous sex, the Marathon lives up to its name for lovers as one of the best cars to have sex in.

Honda’s boxy Element crossover is both compact and decidedly unsexy. Yet its ingeniously designed interior is perfect for passion. With folding seats in the rear that fold truly flat, the Element delivers a convincing, if lumpy, bed. Additionally, its rear-hinged side cargo doors mean no B-pillars to get in the way if you need yet more horizontal freedom. And if things get really wild, the Element’s carpet-free interior can be easily hosed off.

The Jeep Wrangler checks many of the suitable-for-sex boxes detailed above. Its legendary off-road ability allows access to ultra-private locations so you can take a romantic trip to some of the best places to have car sex. A retractable or removable roof eliminates vertical restrictions. But these storied 4x4s offer lovers yet more. The Wrangler also has removable doors, which opens all sorts of options. And then there are its, ahem, stain-proof rubber floors.

Love Rides: Best Cars to Have Sex In Are Here to Stay

With the majority of young adult Americans now living with their parents, for the first time since the Great Depression (52% as of last July, according to a Pew Research Center analysis), car sex may be more prevalent than ever. So choose your ride carefully, because if you’re not planning on moving out anytime soon you might find yourself wanting one of the best cars to have sex in.


The WILL.I.AM IAMAUTO Delorean. Chasing a Dream.
The 7 Least Popular Cars Ever
10 Best Little Trucks Of All Time
7 Facts About the Ford Emblem: A Complete History Since 1903
7 Things Every Gearhead Should Know about Superchargers
Post-Apocalyptic Carplay? 'Mad Max: Fury Road' Cars Hit the ...