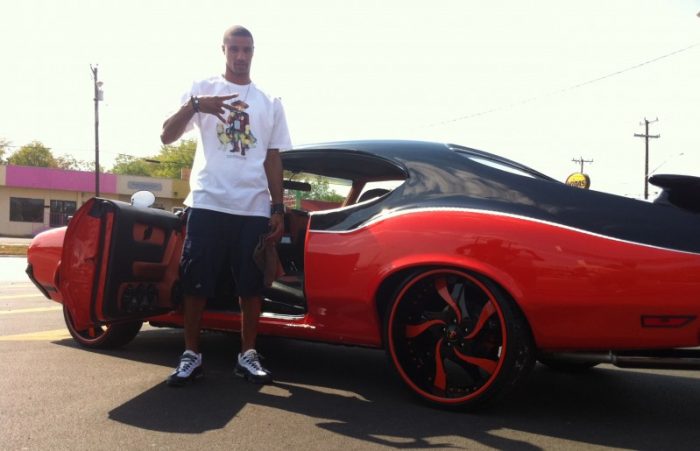 When you think of a NBA player’s ride, a Lambo or a luxury SUV on 24s probably comes to mind. Here’s some NBA players who refer muscle cars over all others.

The range is impressive. There are those who appreciate modern muscle, while another has a pair of classic muscle cars to drool over. One player is so into it that he’s opened his own Speed Shop. Read on! 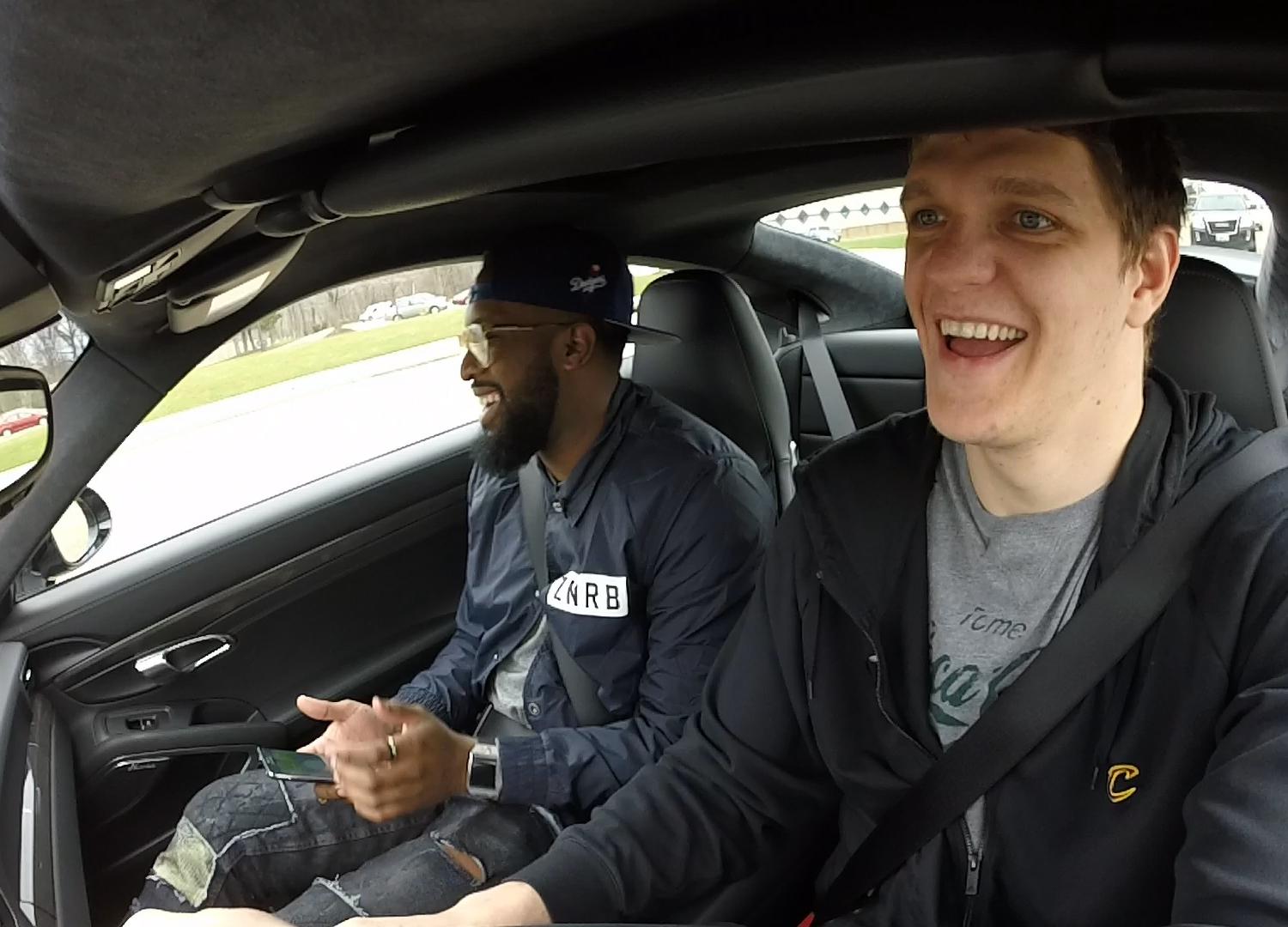 George Hill, Jr. is a Point Guard who grew up and played high school ball in Indianapolis. After college he was drafted by San Antonio and later trader to the Pacer – now back in his hometown. In tribute to his high school – Broad Ripple High – he’s restored a 1971 Oldsmobile Cutlass in the colors of his alma mater. The Olds was sprayed black-and-orange two-tone paint broken up by a silver-leaf pinstripe. Under he hood is a 350 hp LS-1 small block backed up by a four-speed automatic. Brakes have been upgraded to discs all the way around and the Olds roll on 22″ Forgiato Misto wheels and  Pirelli tires, 245/30/22 front, 295/25/22 rear. 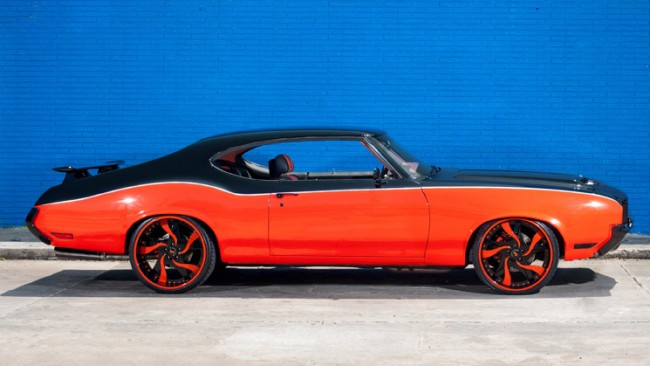 Tim Duncan is a rarity is so many (positive) ways. A Power Forward/Center for the Spurs since he was drafted first in the first round all the way back in 1997. Tim loves cars so much that he’s opened his own shop BlackJack Speed Shop in his adopted home of San Antonio. But, wait, there’s more. He was approached by an artist for Marvel comics to help decide on a car for the “The Punisher” to drive. Tim was rewarded by appearing on the cover handing the keys over to “The Punisher”. Out of appreciation, Tim then created a real “Punisher” Dodge Challenger to be auctioned for charity. Class act! 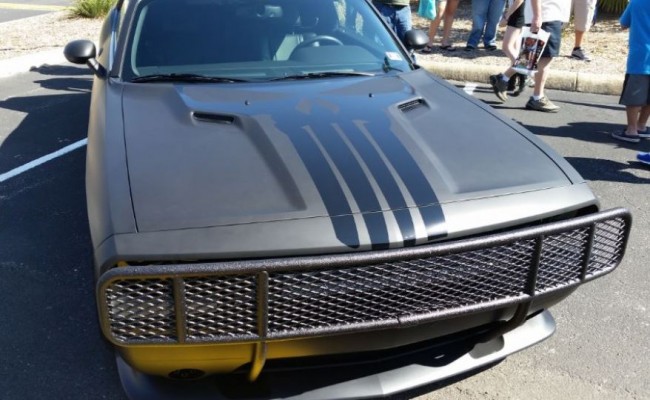 Andrew Bogut is a Center from Australia, born to Croatian parents. He played high school ball in Australia and was then recruited to play for the Division 1 Utah Utes. He was drafted by the Bucks and then traded to Golden State. Perhaps it’s his upbringing in Australia, where V8s are as much of a religion as they are in the US, that drove him to purchase one of the most desirable muscle cars of the classic era:  a 1969 Camaro Z/28. And apparently he has about 29 other muscle cars in his collection. I wonder if he’d let us visit. 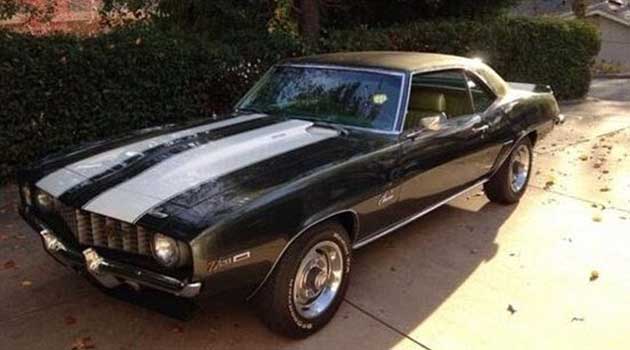 Andrew Bynum is a free agent Center who last played in the NBA for the Pacers in 2013. He was drafted by the Lakers in 2005 and played for the LA team until 2012 when he was traded to Philadelphia, then in pretty short order with the Cavaliers and the Pacers. Certainly among the players we’ve looked at he has the most interesting taste in cars (more in a minute). The car here is a Dodge Challenger SRT8 that Bynum converted into a near Hellcats even before there were Hellcats. A Techo supercharger atop the engine adds almost 200 hp. while Brembo calipers and drilled rotors handle the stopping requirements. A wide body kit’s been applied and the car painted in Lakers colors to celebrate his championship. His other cars include a Ferrari F430, Nissan GT-R, Ferrari 599 GTB, TechART Porsche, and a BMW M6. 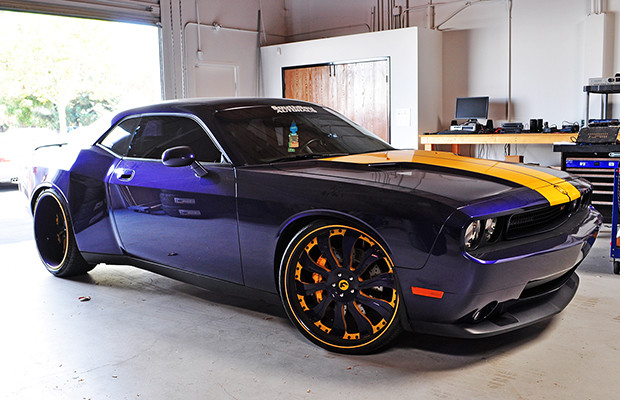 The 29 year old Center came to the NBA via the Euroleague. He was signed by the Knicks in 2010 and moved to Denver, and now Cleveland. Well-known as an automotive enthusiast, it’s been extraordinarily difficult to track down much information on the car he owns. The best we’ve been able to do is locate information on his owning a highly-tuned 5th Generation Chevy Camaro in Moscow. There are some inconclusive videos on YouTube that claim the car produces 1000 RWHP, which would require over 1200 hp at the flywheel (or double the listed hp for a LT4 crate motor). We we try and track down more information and update you accordingly. 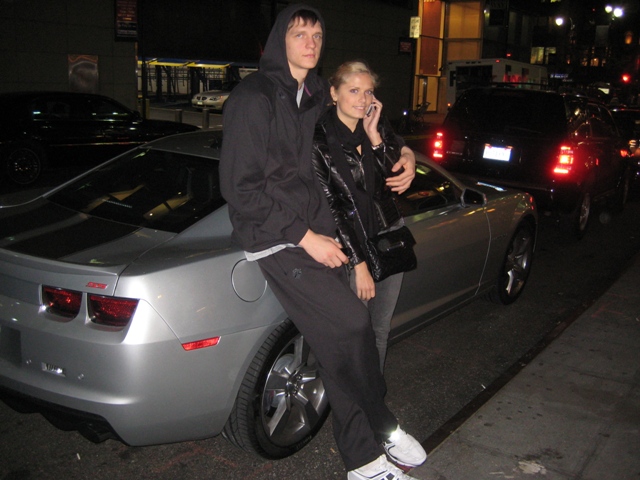 Gerald Green is a Shooting Guard/Small Forward currently for the Miami Heat. He started in the NBA  as a first round draft pick for the Cletics, and has played for 8 NBA teams, been sent down to the D League twice and spent a couple of years in the middle playing in Russia and China. But we’re here to talk about his 1967 Chevelle. We can’t find many details about the car, and it does look like a D-Ride – all appearance but not serious. Except we do know that its powered by a 697 hp 555 CID Chevy Big Block crate engine assembled by Pat Musi and offered through Edelbrock. We would imagine the builder upgraded the suspension, brakes, and drivetrain accordingly. 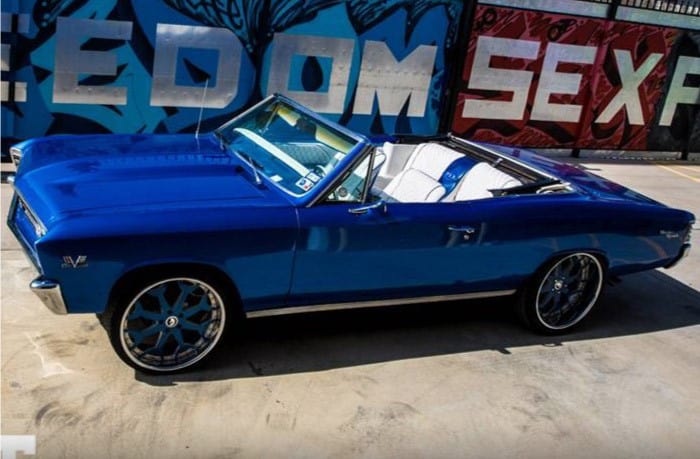 Rudy Gay is a Small Forward who played college ball for UConn. he was drafted by Houston but traded to Memphis. Memphis traded him to Toronto where he spent a year and was then traded to the Kings, where he plays now. Rudy picked up a 2013 Challenger SRT8 and had it modified to his taste. The car was lowered and larger diameter wheels and tires installed. Various mods were made under the hood and to the exhaust, and the whole car resprayed flat black. Various Huskie touches were installed in the car as a tribute to his college. 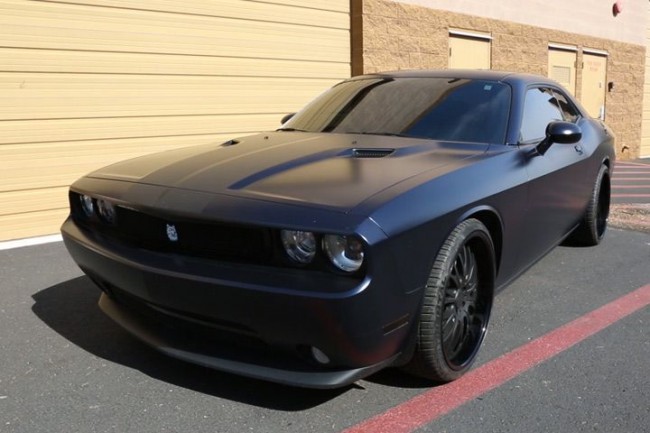 
Ma & Pa 101 Buick Railmobile: The Roadmaster’s Roadmaster
10 Best Dually Trucks Ever Made
12 Ford Crate Engines You Want Under Your Hood
33 Great Cars With Boxy Design That Would Look Cool Even Tod...
70 Stunning Years Of Aston Martin Vantage
10 Facts You Didn't Know About Off Road Diesel