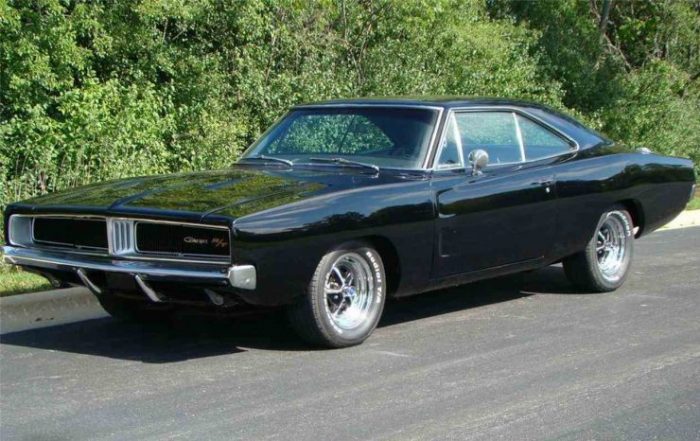 Muscle cars are some of the most coveted performance machines in America. They always have been, and I don’t see how they’ll ever stop being popular. Yes, there are plenty of performance alternatives these days. Numerous sports cars, high-performance JDM cars and even performance trucks. But Muscle cars will always have that special place in every true American gearhead’s heart.

Now for some cold, harsh truth. Muscle cars of old aren’t exactly fast by today’s standards. For instance, new Ford Focus RS with 350 horsepower at tap accelerates to 60 mph in 4.6 seconds. Precious few muscle cars from the bygone era can get close to that figure, let alone beat it. And, when you pit them against nimble Focus RS on the track, they’re practically done for from the get-go. This is where restomodding comes in handy. It enhances classic car’s driving dynamics and performance, and prolongs their already long and unnatural life. Then again, there are people who abhor such fusion of old iron and new tech. We understand both these groups as both ways have their pros and cons.

Some popular muscle cars, on the other hand, require enhancements in order to be what people expect them to. Some were much slower than advertised, others were a chore to drive due to extremely high power outputs and uneven weight distributions. Whichever the reason, many famous nameplates were actually much worse than we think they are. Such things simply tend to be omitted for sentimental reasons. Here are 10 famous muscle cars with skeletons in their closets.

Ready For A List Of Classic Muscle Cars With Unexpected Flaws?

To be honest, the early third generation base Pontiac Firebirds don’t really classify as muscle cars. I mean, how can something powered by an 88-horsepower 2.5L 4-cylinder Iron Duke be, in any way related with the muscle car scene? Then again, the Firebird used to be one of the most coveted muscle cars in seventies and eighties. Especially performance Trans Am versions. This time without the screaming chicken donning their hoods, 1982 Trans Am’s also failed to deliver. Powered by 305ci small-block V8, they only yielded 165 ponies. I know they were choked by regulations, but come on! It’s the same Firebird that was chosen for the role of KITT (Knight Industries Two Thousand) in the cult Knight Rider TV series. One would expect much more out of it.

At least third generation brought fresh and bold new styling. Firebird received contemporary rounded off edges alongside its F-body partner Camaro. But all that pizzazz wasn’t enough to conceal the fact Firebird was slower than average grandma’s old wagon. Hell, I know of mopeds with more power than that. While we’re here, let’s also throw Iron Duke-powered F-body 1982 Chevrolet Camaro into the list. I just can’t bear going through all this again somewhere down the line. 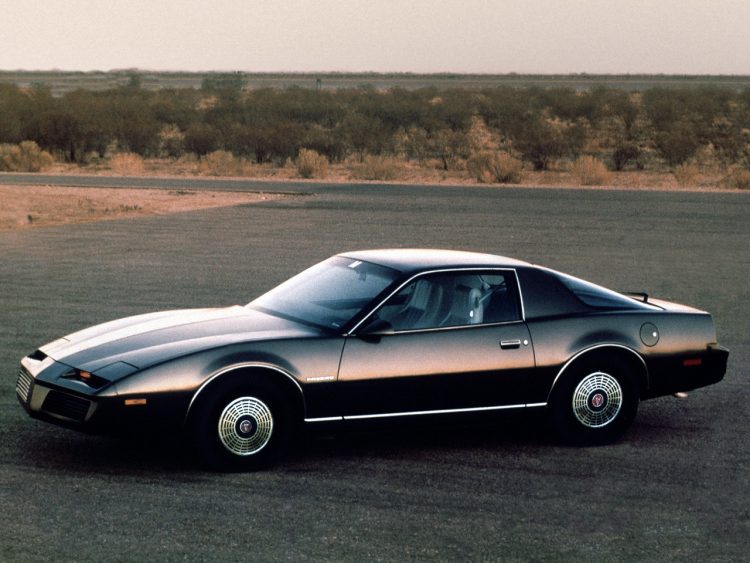 Speaking of the Chevrolet Camaro, here’s one of the worst in history. By the time 1975 arrived, Camaro and its stablemate the Firebird remained the only pony cars available in the market. The ‘Cuda, Challenger and Javelin were discontinued, the Mustang became a subcompact, while Cougar grew in size. Needless to say, that gave Chevy an excuse not to be bothered with the Camaro. And they weren’t. They already restyled it for 1974 by adding 7 inches of aluminum bumpers and forward-sloping grille. Although federally mandated, the change disfigured the Camaro. 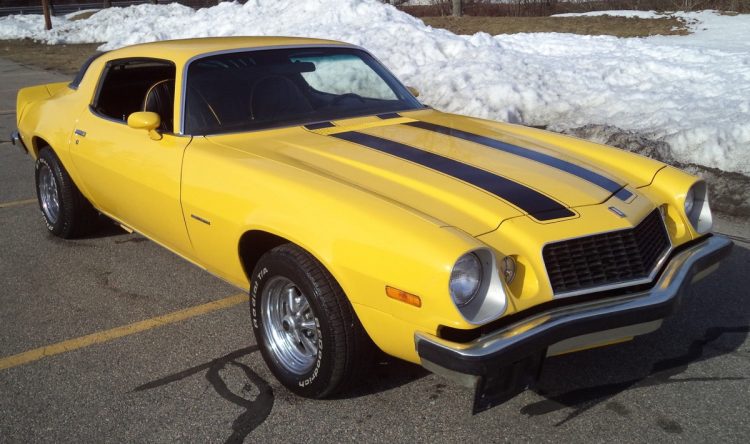 Let’s forget that the Ford Mustang II ever existed and focus on the first generation instead. One of the most prized and coveted pony cars in existence isn’t all rainbows and unicorns. In particular, the base straight-six powered models. Thriftpower six-pot with one accompanying barrel came in three forms throughout the years. 1965 base models were outfitted with 170ci version of the engine producing 105 horsepower. From 1966 until 1970, Mustang’s base engine was 200ci straight-six. This mill yielded as much as 120 ponies before it got replaced by 250ci I6 in 1971. For one year only, 250ci mill generated up to 145 horsepower, but ratings dropped below 100 ponies the following year.

No one’s denying first-gen Mustang’s bragging rights as one of the most beautiful pony cars ever made, but not every Mustang can pass as muscle car. Base six-cylinder models, and there were many of them ordered, certainly don’t pack enough heat. Then again, they’re the perfect candidates for engine swapping. 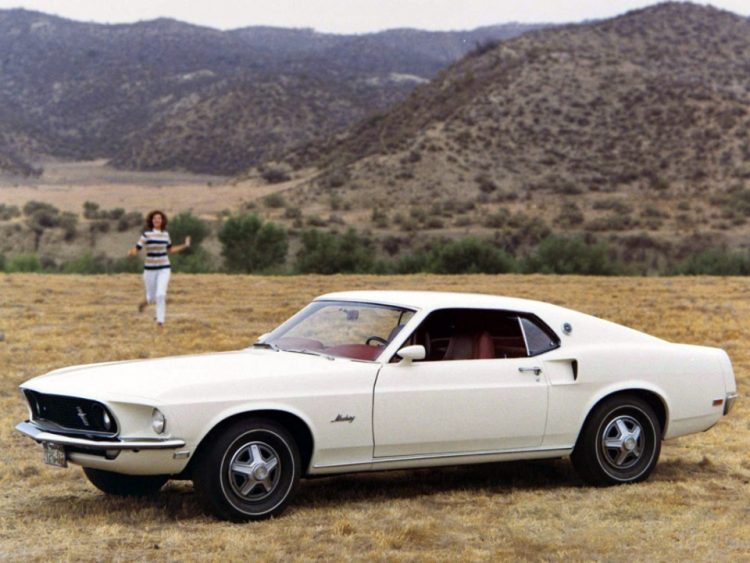 Not all popular muscle cars suffer from lack of power. Take the Chevrolet Elky SS with famous LS6 454ci V8 under the bonnet, for example. Third generation El Caminos were donned with SS badges from the get-go, but first two model years had to be satisfied with 396ci V8 mills. When Chevy dropped the 450-horsepower beast into Elky, all hell broke loose.

As if SS 396 wasn’t tough to handle already, additional ponies and pounds of 454ci engine meant additional headaches for unsuspecting new owners. As you can imagine, weight distribution was horrendous. Heavy front and featherweight rear (especially with empty box) meant that rear-wheel drive utility pickup would be almost impossible to tame by inexperienced drivers. Even seasoned drivers were in danger if not careful. At least LS5 option came with “only” 360 horsepower. Incidentally, most SS 454 El Caminos were fitted with the LS5. That’s because LS6 option was only available for 1970. 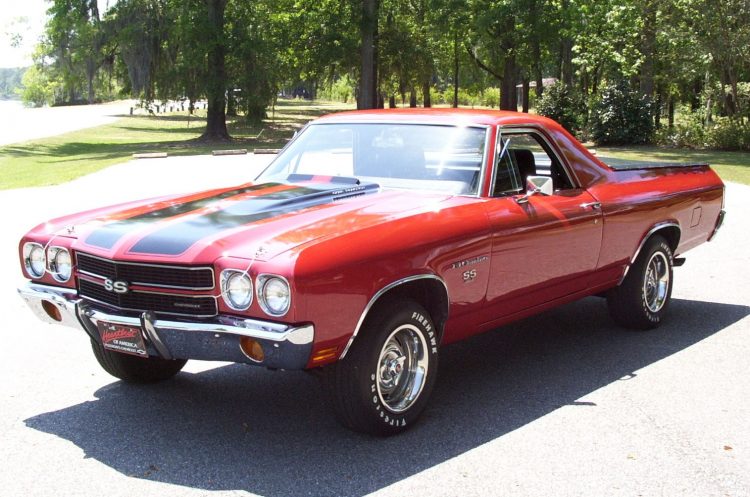 B-body Dodge Chargers (at least those from before the oil embargo) are the epitome of classic muscle cars. Second generation, in particular. Packed with 4-barrel 440ci V8 and Six Pack 440ci V8 generating 390 horsepower for 1970 only, beefy Chargers were as menacing as muscle cars came. That beefy part, however, was also their flaw.

Massive nose and rear overhang, curb weight of a pickup and tall ride height meant Chargers were handful to drive. Body roll was a serious issue at high speeds and, God forbid, curvy road. There’s a reason why American cars were always ridiculed for not being able to handle corners. B-body Dodge Charger is one of the main reasons for that. Plus, it isn’t exactly a car you’d enjoy parking in today’s congested traffic. As far as classic and popular muscle cars go, smaller options definitely work better in modern day conditions. 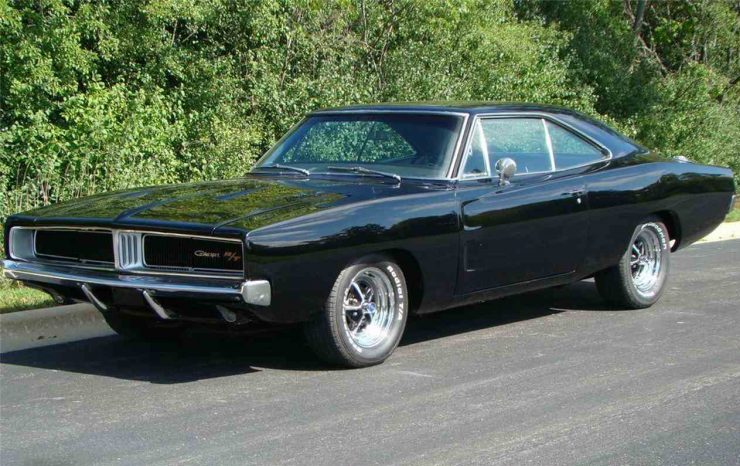 Sure, AMC Javelin looked good. More than that, actually, Javelin looked downright menacing after the second generation redesign. AMC purposely made it lower, sportier and more sinister-looking. Even though they knew new design will likely scare off some potential customers. But appearance wasn’t Javelin’s issue. Nor was it performance since 401ci V8 produced 335 horsepower in 1971. A figure that would, however, drop to 255 hp the following year.

What plagued Javelin was its badge. Although oil embargo descended upon all American automakers, AMC was hit the hardest. Lacking the widespread network and resources of the Big Three, AMC had to find other ways to lower the costs. They resorted to build quality savings, and as a result, all subsequent models, including the Javelin, started sporting new squeaky interiors filled to the brim with brittle plastics. If you can disregard typical malaise era low quality build of second generation Javelin, than AMC’s pony is a car you want. 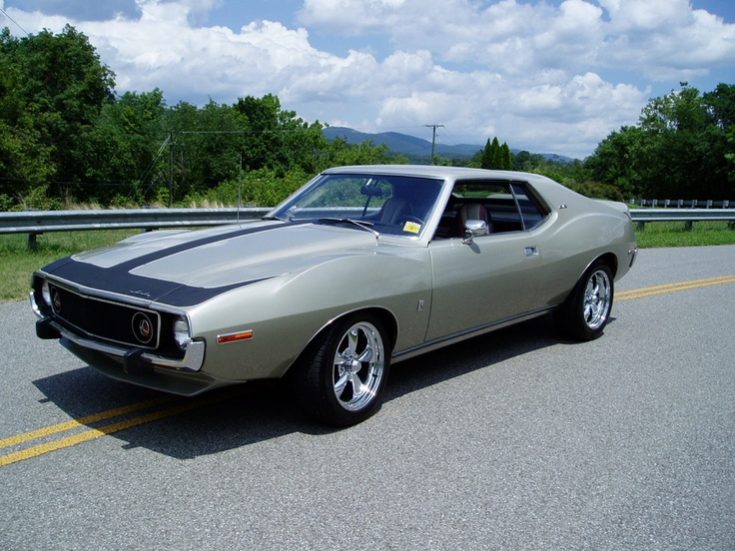 Part of the infamous Mustang II lineup, King Cobra was Ford’s last attempt at spicing up the Pinto-based ‘Stang. Sales were good which meant Mustang II was a success. At least from distant, late seventies perspective. Today, most people will agree that Mustang II should have never happened. And King Cobra alongside it. For, you see, King Cobra was intended as performance leader of the 1978 Mustang lineup. Given it only produced 139 horsepower via 302ci V8 engine, it failed doing its only job.

King Cobra’s only strong points, and only things it differentiated itself from conventional V8 Mustang II models, were its special stripes, decals and rims. So typical from the seventies cars. Optional T-top roof was another cool addition, but that was all there was to it. Only 4,313 units were ever produced, and due to their poor build quality, not many have managed to survive. Furthermore, Ford Mustang King Cobra also suffered from poor handling (even though it was subcompact), cramped interior space and sub-par overall execution. 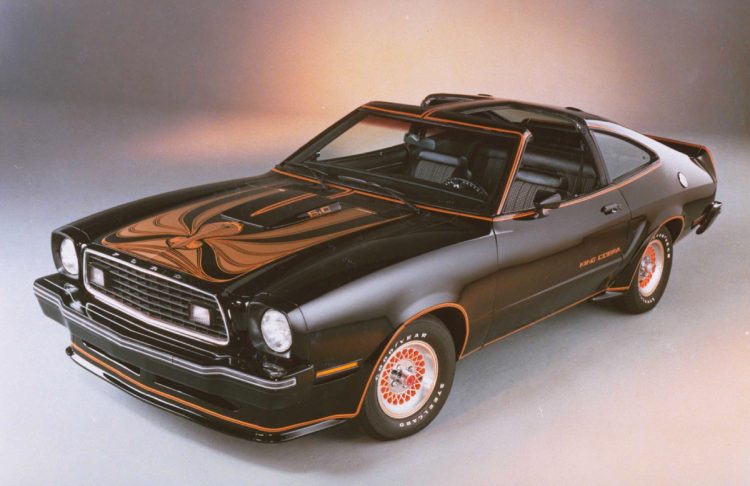 As if it wasn’t enough that once prominent Road Runner badge slid into becoming a trim option for the new Volaré lineup – Road Runner also became synonymous with slow acceleration, recalls and overall poor build quality. Road Runner first switched to Fury B-body in 1975, and then to F-body Volaré the following year. In both instances, Road Runner was just a shadow of its former self.

Moreover, new Road Runners were easily some of the biggest rust flops in Chrysler’s history. This called for a major recall in 1977 as Road Runner’s underbody practically got eaten away in a matter of months. Performance wasn’t any better either. 318ci V8 and optional 360ci V8 only made 150 hp and 170 hp respectively. Maybe they were quicker than heavier Fury-based B-body models from 1975 which developed 190 hp via 400ci V8, but they were still far from Road Runner’s glory years. 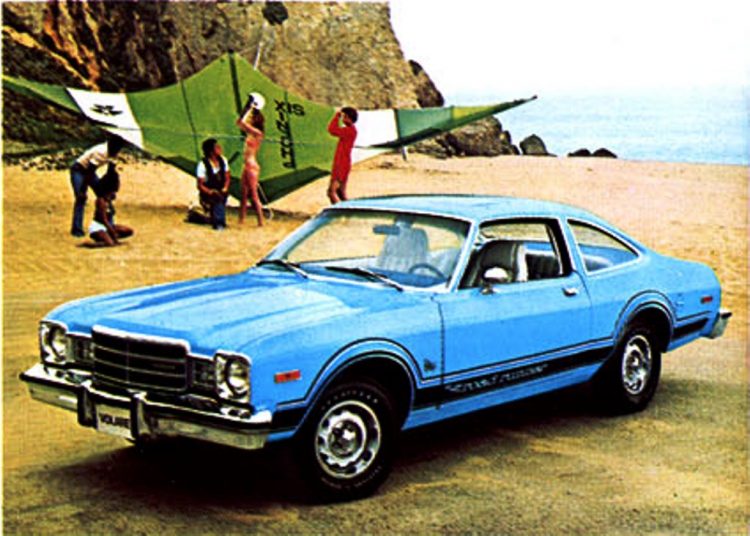 Chrysler’s homologation NASCAR aero car special was one of the most radically designed classic muscle cars ever. It was also one of the most powerful. So, what was exactly wrong with this 500 unit limited series? It certainly wasn’t the engine. Most were fitted with 440ci Magnum V8’s, while 70 or so original models came with famous 426ci Hemi Elephant V8. In both cases, Daytona was capable of reaching 200 mph in stock form. A feat it demonstrated straightaway when it broke the 200 mph milestone on March 24, 1970 at Talladega. Charger Daytona managed to win at Talladega, although Ford Torino Talladega won at Daytona.

Anyway, I digress. Highly sought collector cars are more than handful to drive. They simply weren’t intended as daily drivers, and their almost 19-feet long bodies serve as reminders. Extremely long beak up front and huge wing spoiler at the back are subject to revisions. That is, if you’re planning on driving them anywhere except the track. This will lower their value, though. 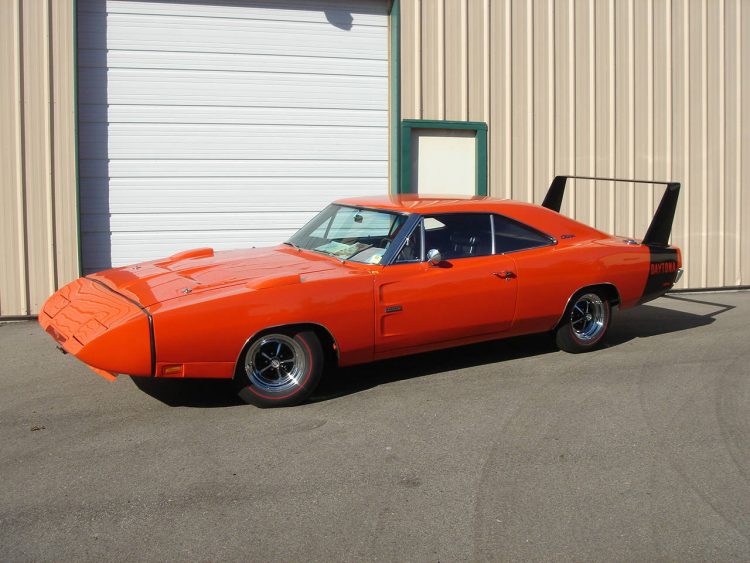 The most expensive classic muscle cars today aren’t necessarily the best. Chrysler’s E-body bubble will have to burst one day, and among the remains, people will finally see how poorly built ‘Cuda and Challenger were. In the process, those that spent 6 or even 7 digits on a 45-year old ‘Cuda will finally get the chance to reflect on their foolish actions.

Undoubtedly, though, ’70 and ’71 Hemi ‘Cudas are some of the meanest-looking and best-performing pony cars ever produced. 425 hp and 490 lb-ft of torque out of 426ci Hemi Elephant V8 are figures not intended to be trifled with. Yet, with all the power came problems. Although ‘Cuda was slightly smaller than comparable E-body Challenger, it still couldn’t handle corners. Body roll galore was further highlighted by cramped interior and marginal build quality. And marginal is the mildest term we could have come up with. Moreover, Hemi models came without air conditioning, so go figure. There’s a very good reason most Hemi ‘Cuda’s have been resto modded. Although it’s my dream car as well, I wouldn’t pay 6 digits for it in a million years. That’s what Ferraris and Lambos are for. 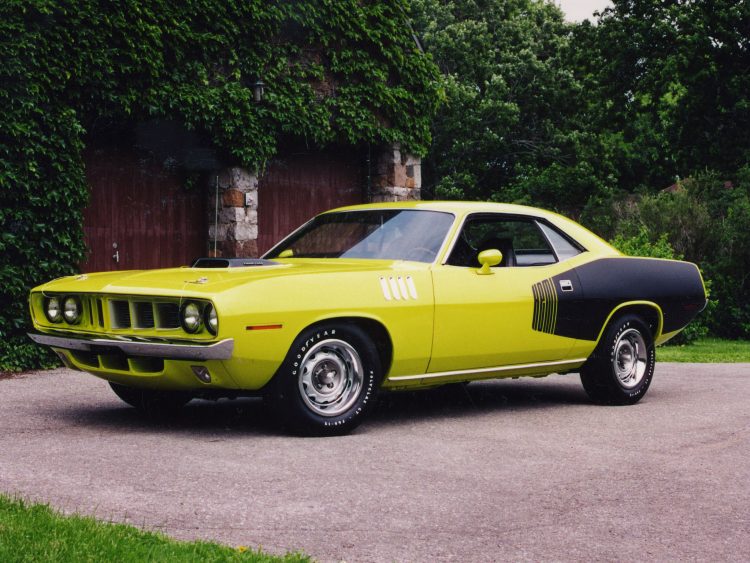