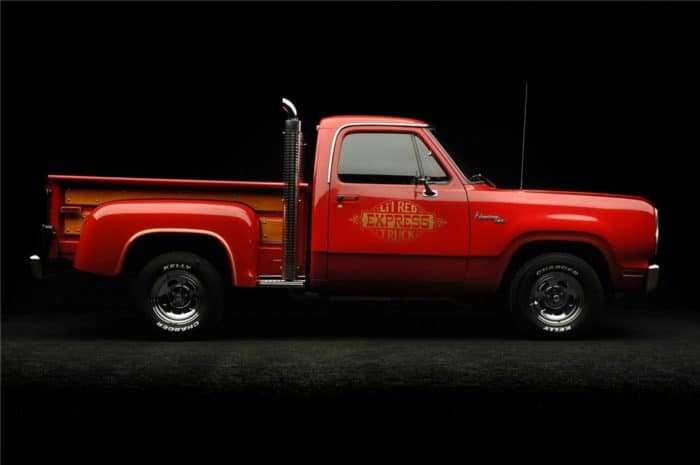 Performance trucks are not a new addition to the automotive segment, though they have exploded in popularity since the early 2000s. These are true oddballs in the industry, as trucks are traditionally not great at handling, and even with extensive chassis upgrades, they are still not very graceful in the twist.

Despite their lack of cornering prowess, these pickups are fun as hell to launch in a straight line and take true skill to keep their attitudes in check.

Check out our 10 favorite performance pickups. Sound off in the comments if you think we missed something. 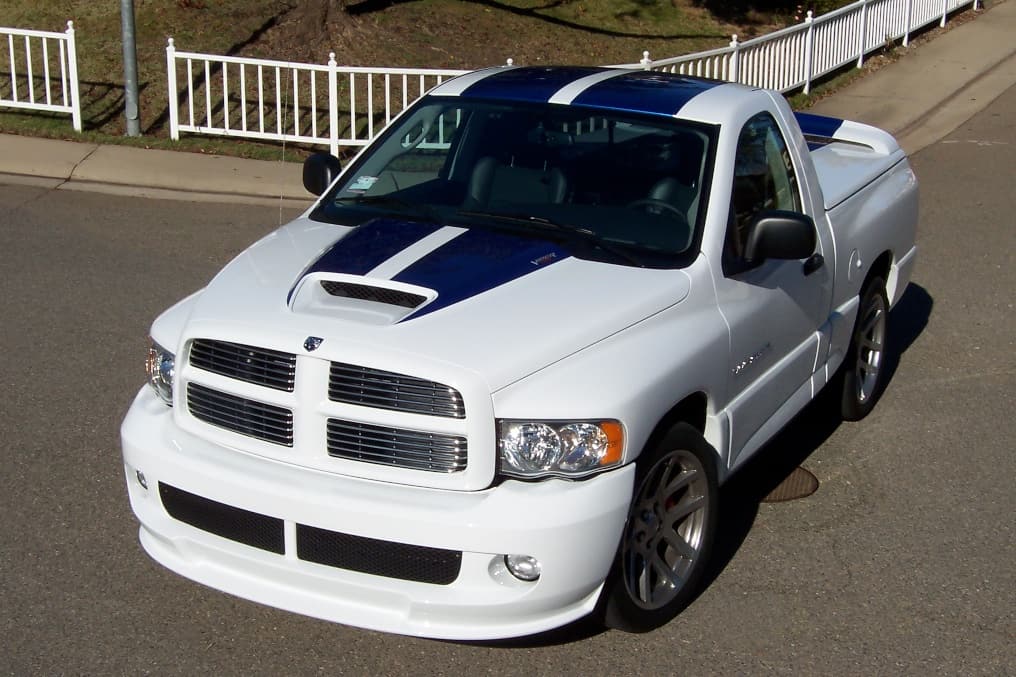 Many are quick to crown the GMC Syclone as the first-ever performance pickup, but as you’ll learn further down this list, there were a few that predated it. The Sylone was available only in the 1991 model year, and it produced a mighty 280 horsepower and 350 pound-feet of torque from its 4.3-liter supercharged V-6. This got the hopped-up GMC S-15 up to 60 mph in just 5.3 seconds. What’s most impressive is that these numbers even trumped the Corvette of this era. 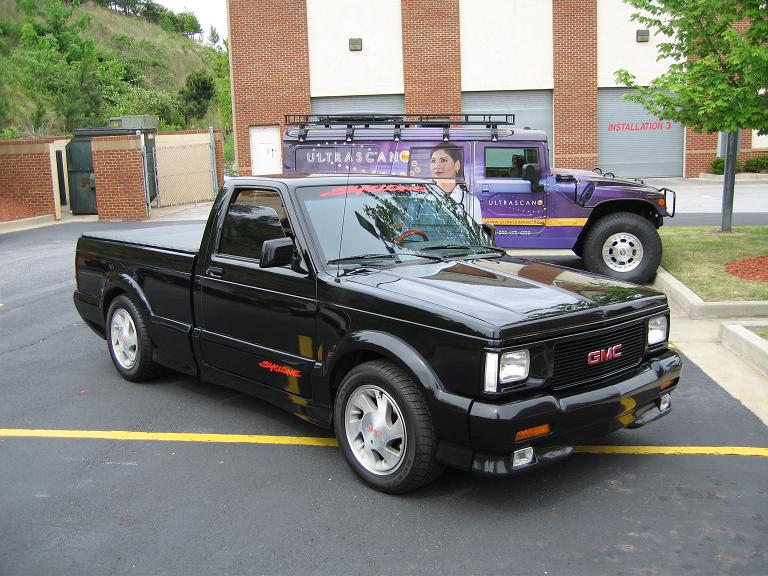 The Dodge Ram SRT-10 was a record holder for many years as the world’s fastest pickup truck. The SRT-10 featured the 8.3-liter V-10 engine from the Viper, which shipped a massive 500 horsepower and 525 pound-feet of torque toward the rear wheels. The Ram SRT-10 could hit 60 mph in as few as 4.9 seconds and topped out at 154 mph.

Straight-line performance was one thing, but the SRT-10 was also decent in the twist thanks to its sport-tuned suspension and huge rubber patches.

The original Ford F-150 SVT Lightning launched as a 1993 model year and lasted through 1995. This original Lightning model arrived with a 5.8-liter V-8 engine that featured GT 40 performance heads, and guts form the Mustang GT’s 5.0-liter engine. This resulted in a respectable 240 horsepower and 325 pound-feet of torque. The Lightning returned in 1999 and lasted through 2004. This version of the SVT Lightning featured a supercharged 5.4-liter V-8 that pumped out as much as 380 horsepower.

The original F-150 Lightning sprinted to 60 mph in as few as 7.1 seconds and the resurrected version did the same sprint in as few as 5.1 seconds. 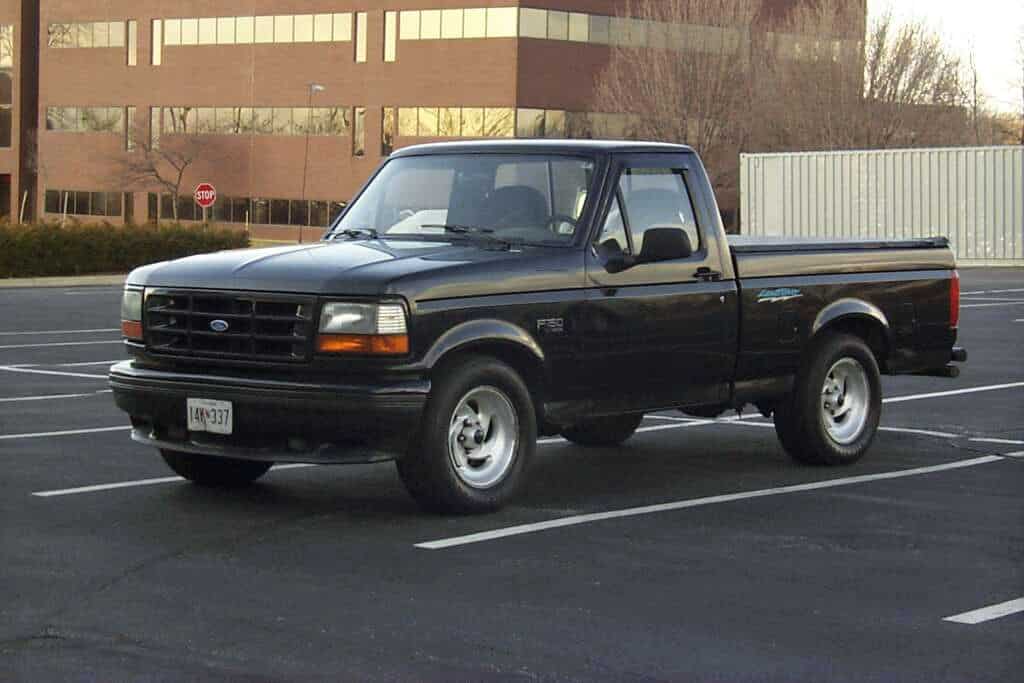 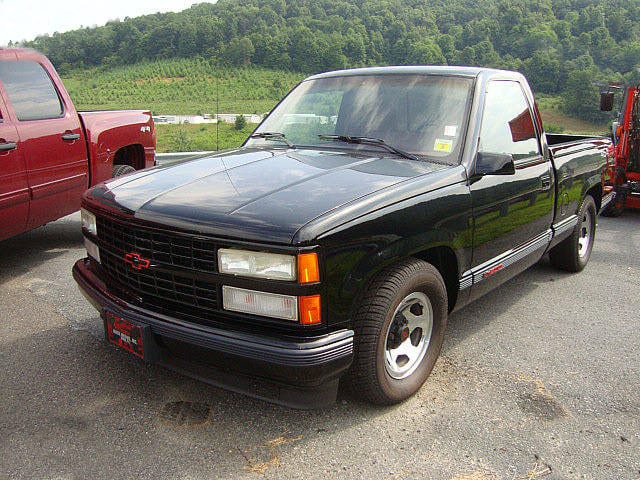 The 1978 and 1979 L’il Red Express Truck was basically a big middle finger to the EPA from the engineers at Dodge, as it was built using a loophole in the emissions laws. Tom Hoover, the father of the Hemi engine, found that it was perfectly legal to slightly modify an emissions-certified engine without requiring recertification. So, he took the emissions-strangled 360 V-8 and added W-2 heads, a cam from a 1968 340 V-8, an Edelbrock intake, dual exhaust with massive stacks behind the cab, a cold-air intake, and more to produce an impressive-for-the era 225 horsepower and 295 pound-feet of torque.

This engine mated to a four-speed auto transmission to deliver a 0-to-100 mph time of 19.9 seconds and a quarter-mile time of 15.71 seconds. 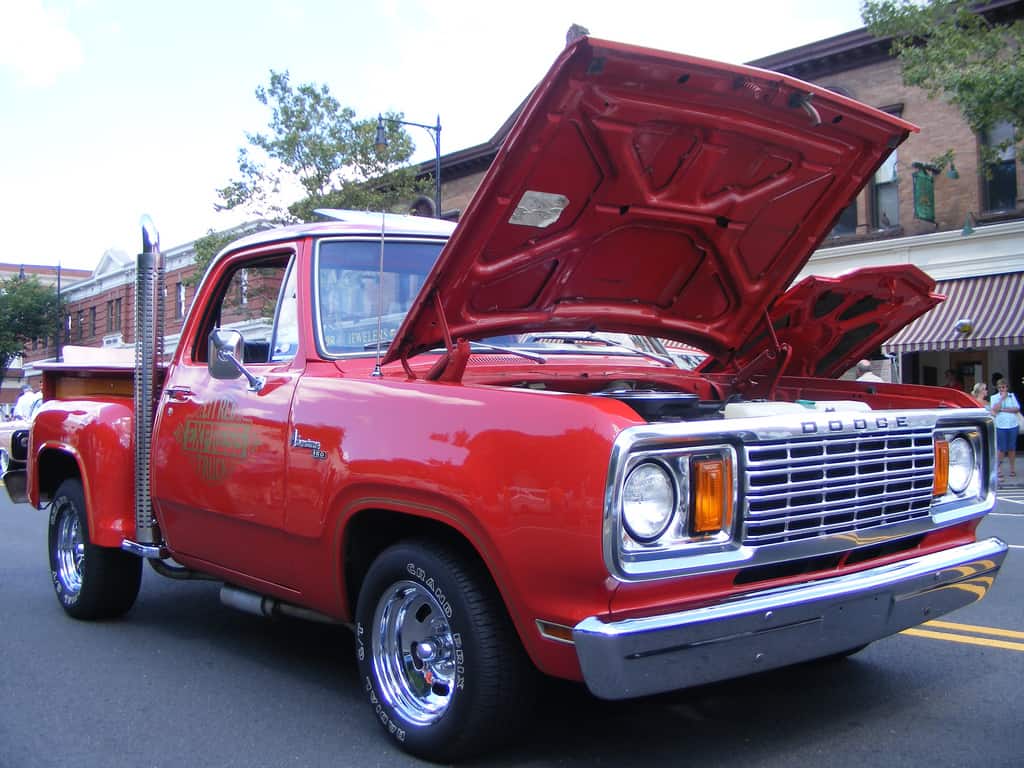 This one is a little iffy, as the supercharged Toyota Tundra wasn’t a model that rolled off the production line. Instead, you had to buy a Tundra from a dealer, then have that dealer install Toyota Racing Development’s supercharger kit and other go-fast parts to the tune of $21,276. The top-billed feature in that $21k worth of TRD bits was a $5,875 Eaton supercharger that bumped the 5.7-liter’s output to 504 horsepower and 550 pound-feet of torque.

According to Motor Trend, the Tundra TRD Supercharged took 4.4 seconds to hit 60 mph, but plenty of publications called BS on that number, saying it is closer to five seconds. 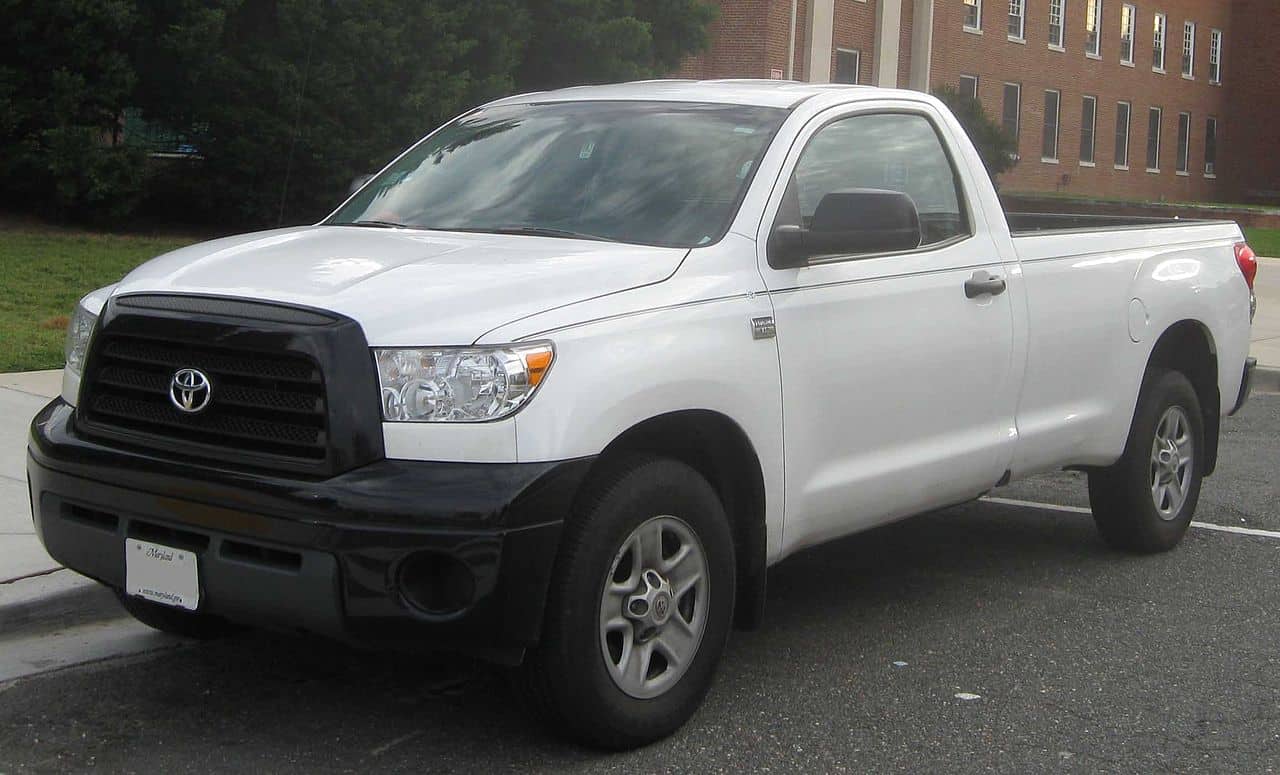 The Chevrolet Silverado SS, which arrived in 2003 and lasted until 2006, was the spiritual successor to the aforementioned C1500 454 SS. It rolled in with a high-output 6.0-liter V-8 that pumped out 345 ponies and 380 pound-feet of twist. The initial SS came standard with all-wheel drive, but rear-wheel drive became available in 2005. The powertrain paired with 4.10 gears to launch the Silverado SS to 60 mph in as few as 6.6 seconds.

A performance suspension chipped in to help improve the big pickup’s agility. 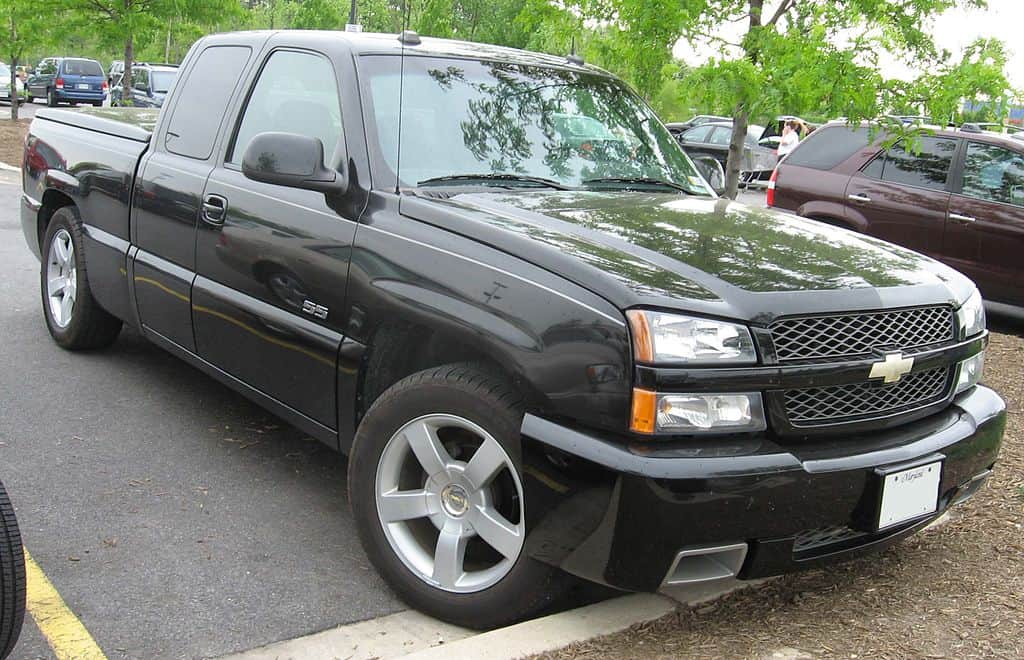 The F-150 Tremor, which debuted in 2014, was the placeholder for the successor to the Lightning. It lacked the powertrain enhancements of a true performance truck, as its 3.5-liter EcoBoost V-6 had the same 365 horsepower and 420 pound-feet of torque as the F-150 EcoBoost. It did, however, have 4.10 gearing to improve acceleration, slightly, but not much. It also featured 20-inch wheels and the FX Appearance Package to give it that performance-truck look. 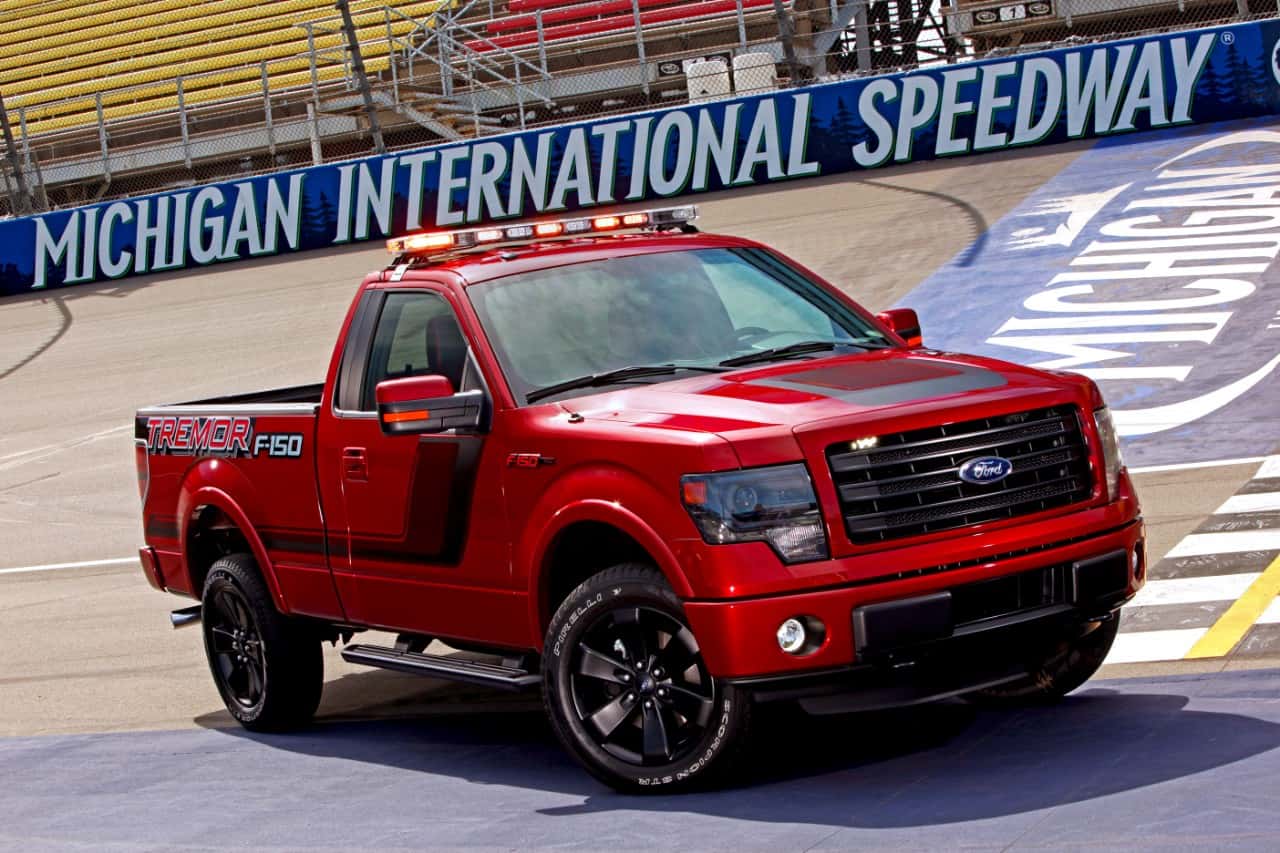 The Tacoma X-Runner, which was available from 2004 through 2013, wasn’t overly powerful, as its 4.0-liter V-6 produced 236 horsepower and 266 pound-feet of torque. The X-Runner did, however, gain a 3.15-to-1 drive ratio, a rear X-brace, additional frame braces, larger slotted rotors, a big-brake kit, and a six-speed manual transmission from Aisin Seiki to help enhance performance. The X-Runner could hit 60 mph in as few as 6.8 seconds.

There was an optional TRD supercharger kit that bumped the power up to 304 horsepower and 334 pound-feet of torque. 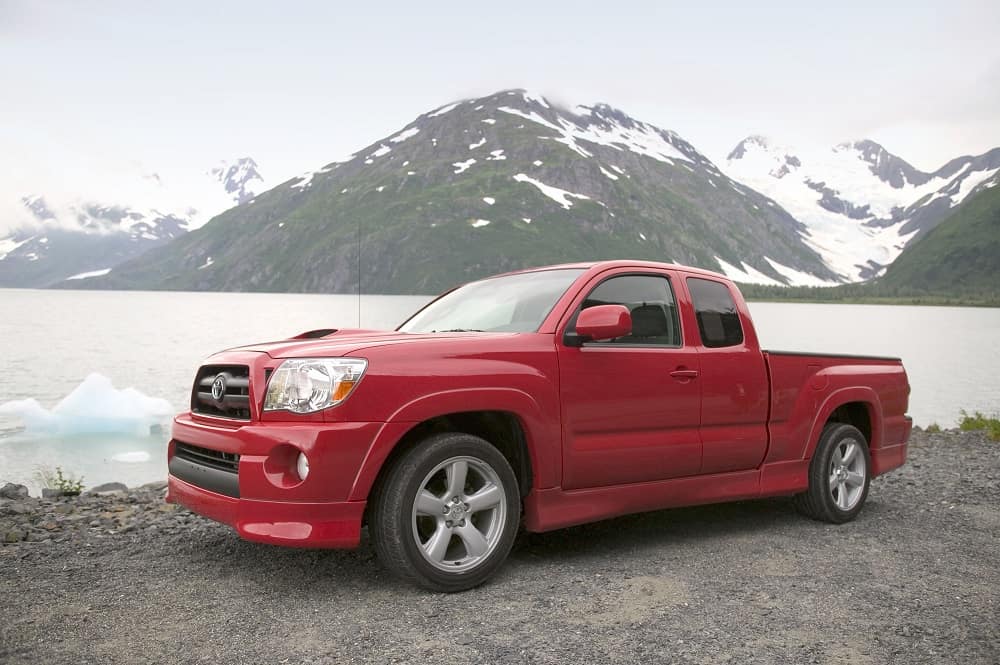 In 2010, Ford introduced a new performance-oriented version of the F-150 named the SVT Raptor. Unlike the Lightning, however, Ford tuned the SVT Raptor for off-road performance. The original SVT Raptor came standard with a 5.4-liter V-8 that was good for 320 horsepower, but it had an optional 6.2-liter with 411 horsepower. In 2011, the 6.2-liter engine became the standard offering for the Raptor.