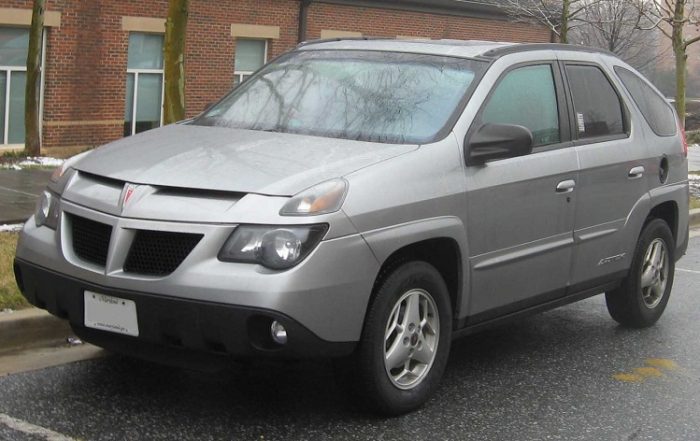 Like writers, designers are an odd lot who are always looking for a way to stand out from the crowd. Automotive designers are no different. Sometimes they think outside the box and design a masterpiece, like the Plymouth Prowler or the Chevy Corvette Stingray. Other times, however, they think a little too far outside the box and create something that attracts a lot of stares, but not in a good way.

There are ugly automobiles from every automaker, but some are far worse than others are. We decided to take the time and lay out the 10 cars that we think are the ugliest ever. Naturally, there have been hundreds of design faux-pas over the years, including the likes of the Fiat Multipla, Nissan Juke, Cadillac Seville, and AMC Pacer, as well as countless station wagon models and ill-fated sports cars, but we can’t include every single one of them, so here’s 10 that we consider to be some of the worst designed cars of all time.

Let us know in the comments below if we left off a car that you think deserves to be on this list, or if you think one of these cars doesn’t belong on the list. Of course, beauty is in the eye of the beholder!

Which One Of These Is The Ugliest Car In The World? 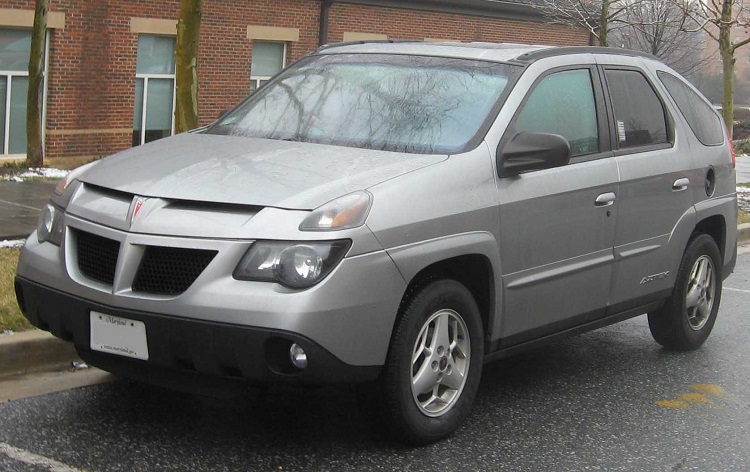 The Pontiac Aztek will forever remain as one of the most polarizing vehicles ever built. Its enthusiasts think it’s the best crossover ever built, while onlookers do a double take trying to figure out what it is. A lot of its, um, “charm” comes from its acres of plastic body cladding, funky shape, and pig0like snout. At least it had an optional tent…

Fortunately, this ugly car was short-lived, as it only lasted from 2001 through 2005, but even that was enough for me. 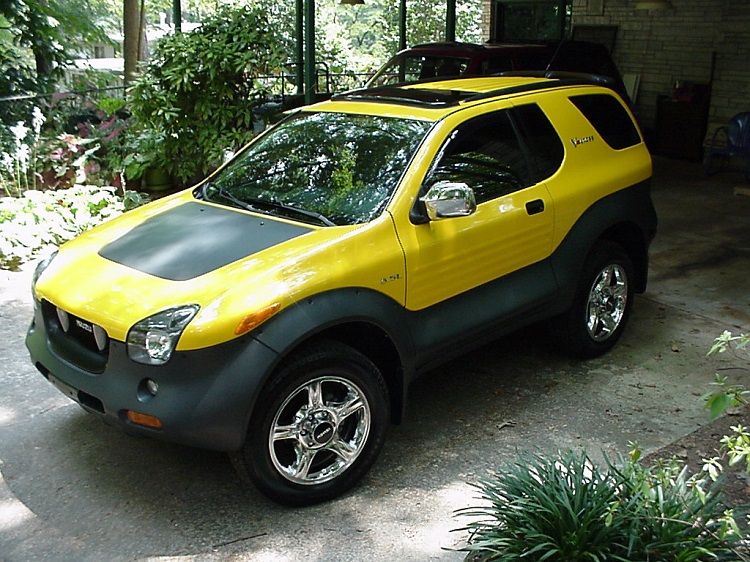 Speaking of acres of plastic body cladding, the VehiCROSS topped them all with its sea o matte-black plastic on its lover third. Even without the massive amounts of plastic, the VehiCROSS was downright ugly. I am talking about the sort of ugly that even a mother can’t help but stare. This is likely one of the biggest reasons Isuzu eliminated this street legal concept car after only three model years (1999 through 2000). 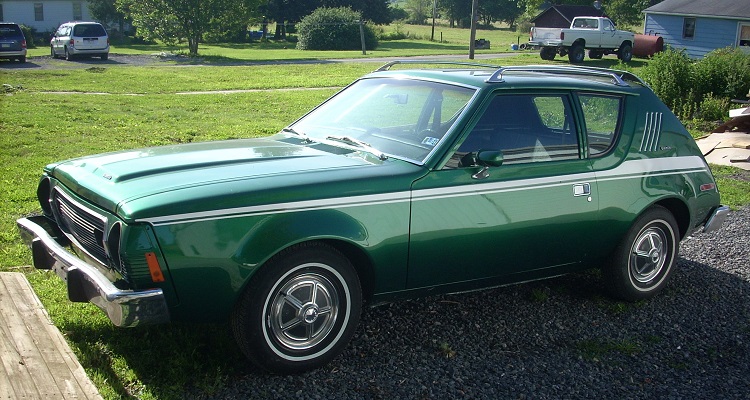 While there were a few awesome Gremlins in its history, like the Randal 401-XR models that carried a massive 401-cubic-inch V-8 and ran 13.9 seconds in the quarter mile, this hatchback was mostly just an eyesore. Its proportions were way off, thanks to its long hood, short greenhouse and angled hatch, and its looks were something even a mother would have a rough time loving. Unlike  the AMC Matador or AMC Pacer, it’s hard to find many redeeming features for this oddity. Luckily, the Gremlin was relatively short lived, as AMC only produced it from 1970 through 1978. Ugliest car of all time? Well, there are worse! 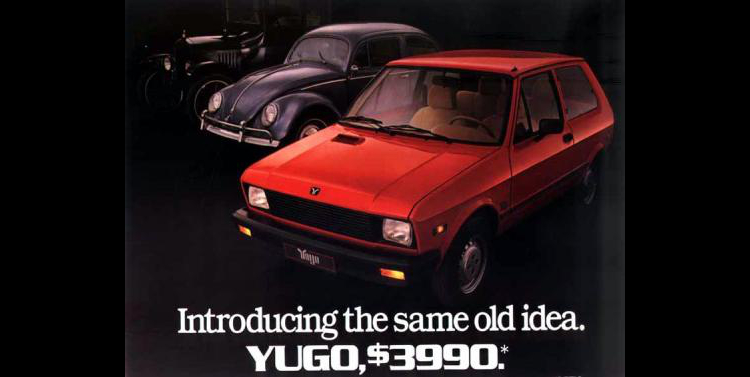 The Yugo GV deserves to b on many “worst of” lists, as not only was it ugly as all hell but it was also one of the most unreliable cars ever built. It was so bad, that people nicknamed it the Yugo Pushing because of how often it left its owners stranded. In terms of looks, it basically picked up where the AMC Gremlin left off, then took a few cracks from the ugly stick for good measure. Despite its cheap entry fee of $3,990, folks quickly became wise to its shoddy quality and its ugliness was just the icing on the just-buy-a-used-car cake. There’s no denying that this is an ugly car. 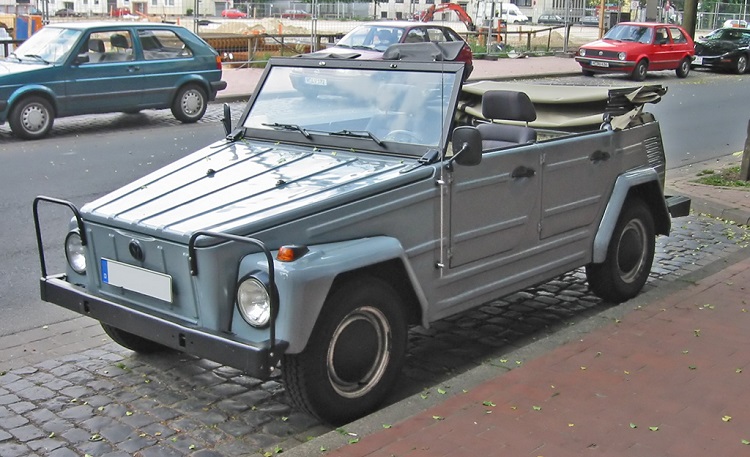 The Volkswagen 181, also known as the VW Thing in the U.S., still has a pretty faithful cult following to this day. However, that does not exempt it from being one of the ugliest cars ever built. The “unique” look of the Thing made it clear that it was a function-first vehicle originally built for military and government use. The body parts look like they were only roughly measured, cut, and stamped, while the super-skinny tires under the bulky body made it look very disproportionate. 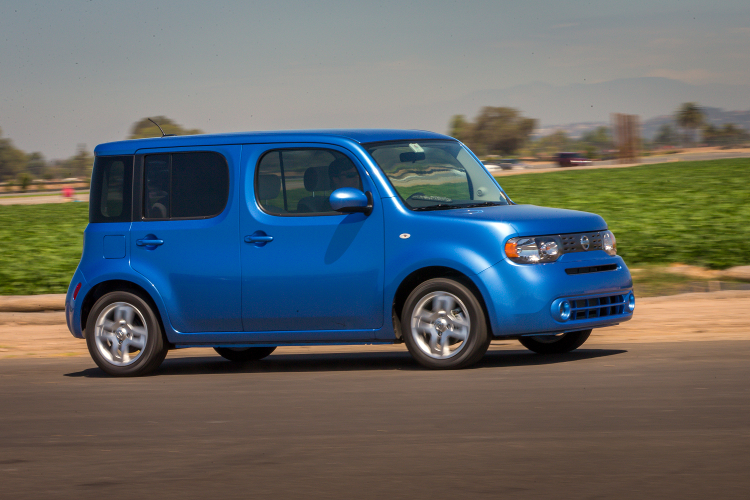 In Japan, odd, cube-shaped cars seem to work. Here in the U.S., however, we just never understood their (ahem) “cuteness.” The Nissan Cube was one of a few of these rolling blocks that made their way to the States. While I will admit that the Cube broke all boundaries of design in the U.S., it also went a bit too far with it. Buyers never really saw the point of driving a block on wheels, which is why there are so few on the road today.

Unsurprisingly, the Nissan Cube only lasted six years in the United States thanks to awful sales that never crested 1,000 units from late-2011 through 2014. Even if you don’t think it’s ugly, you can’t deny that it’s one of the most unsuccessful cars in the world in terms of US sales. 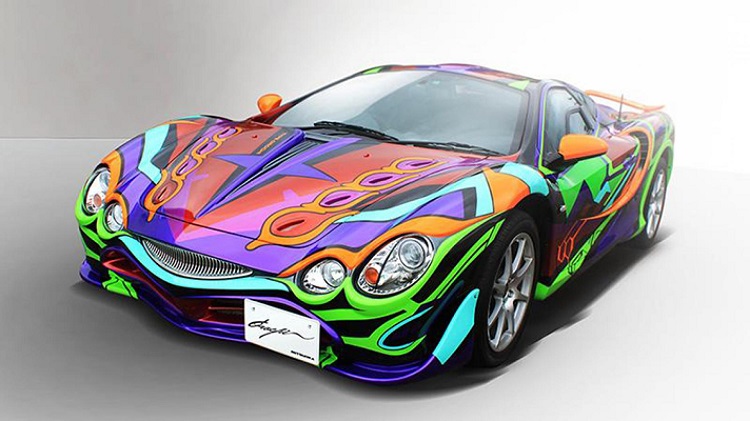 While the Mitsuoka Orochi does have a touch of uniqueness to it, it is overall one of the ugliest rigs ever built. It’s tiny grille looks like a miniature whale’s mouth and its headlights look like they were inspired by Sloth from Goonies. The silhouette of the Orochi isn’t bad at all. Actually, it is kinda supercar-like. Once you get to the back end, however, the obscene curves return to ruin it.

Making matters worse is the fact that even though the Orochi may look like an over-the-top supercar, its 3.3-liter Toyota-sourced V-6 with 290 horsepower says differently. 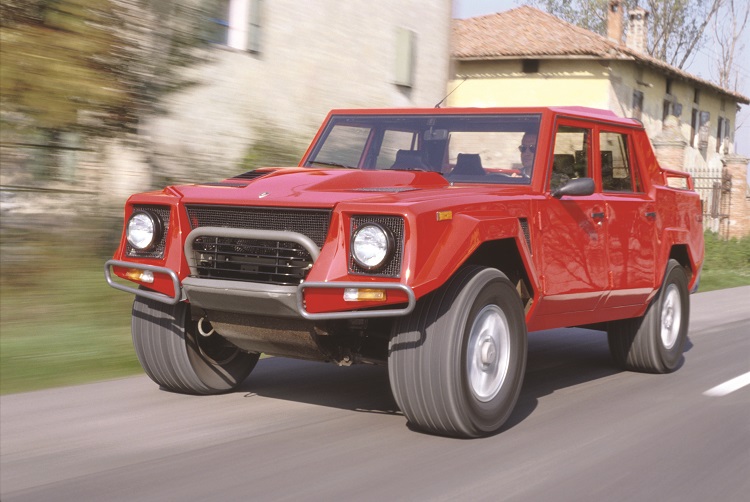 The Lamborghini LM002, AKA the Rambo Lambo, was the first true performance SUV. However, it was also one of the ugliest vehicles ever built. Its body panels looked as if a sledgehammer shaped them, its multiple hood scoops seemed forced onto the hood, and its headlights and taillights seemed like they were an afterthought. 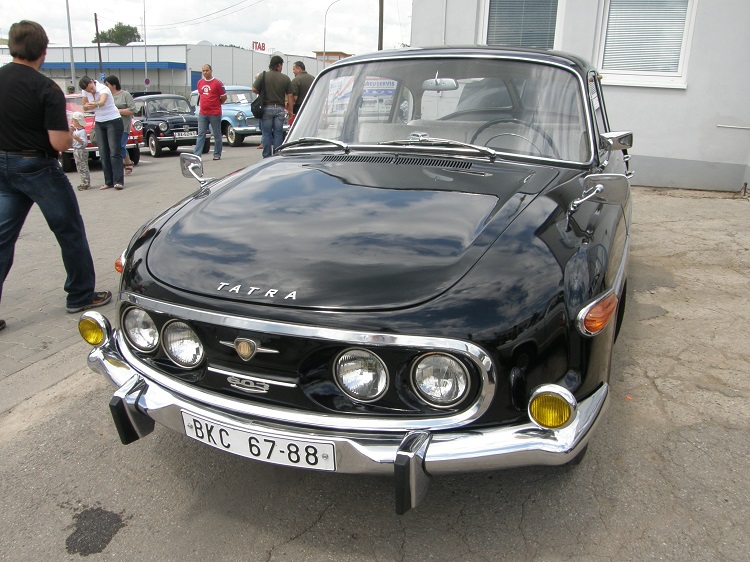 Admittedly, I don’t know too much about Tatra, but I do know one thing… The T603 that it built between 1956 and 1975 was downright ugly. The entire shape of the body just looks like someone mashed together all of the popular features of that era without concern for the overall look of the car. Up front, the headlights are way too close together, and an equally awkward chrome grille that only makes them stand out even more highlights them.

Though we may find it ugly these days, there was clearly something that people liked about the Tatra 603, as it hung on for quite some time. 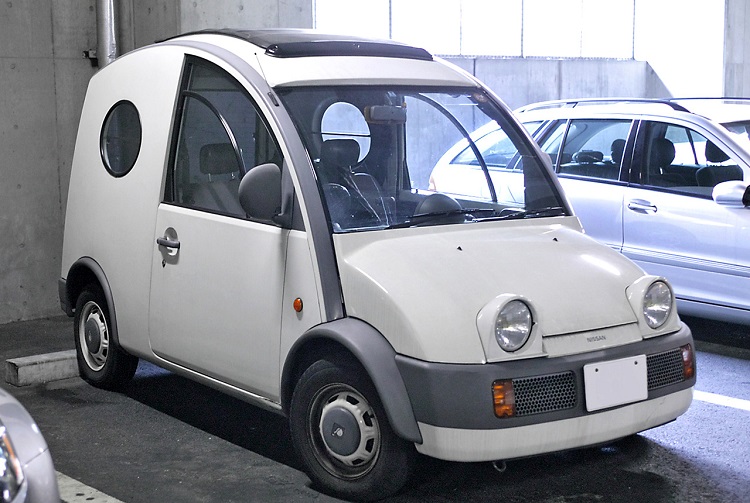 The Nissan S Cargo looked like it belonged in a cartoon, but it actually survived in Japan from 1989 through 1992 as a commercial van of sorts. What exactly Nissan was thinking when it created this strange automobile is beyond me. My only thought is that its design team got a little too into the 1988 movie Who Framed Roger Rabbit and decided to make a car that would look right at home in Toon Town. I think they came up with the name first and then decided to build a car around it…and the result was one of the ugliest cars to ever go into production.