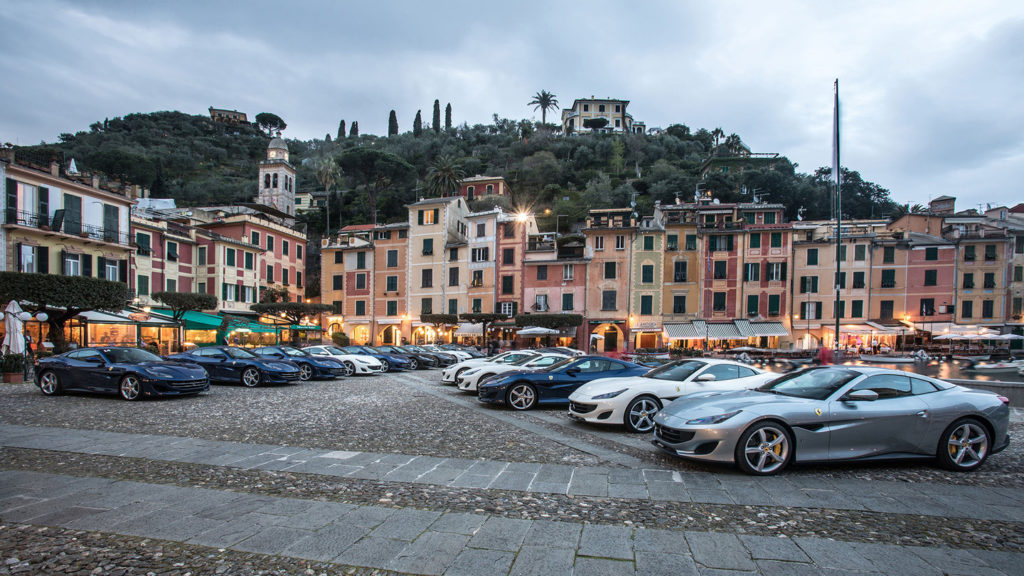 If you can’t afford an expensive Ferrari, you probably have no business trying to purchase a cheap one. New Ferraris run in the six figures, and you should expect to pay as much for a nicely restored classic. And though you might think you are scoring a deal if you find a Ferrari with a (relatively) tiny price tag, just keep in mind that the cheapest Ferrari are likely going to cost a fortune in upkeep.

Estimates claim that to replace an older Ferrari clutch, you’ll spend more than you would to purchase a used Civic. Yes, all the Ferraris we list below are among the worst, and that’s why they’re the cheapest Ferraris around. You aren’t going to find a high-quality Ferrari for a Camry price. Because nobody wants these models, you can often find them much cheaper than their more sought-after Prancing Horse counterparts. But just because you can afford to buy one doesn’t mean you should.

It should be said that “cheap” in the world of Ferraris is still going to cost you a pretty penny. Depending on the condition, upkeep, and mileage of the particular car, even “cheap” Ferraris are going to run in the range of $30-80k. So just know that by “cheap” we are talking about Ferraris you can potentially buy for under $100k. So if you’re on a budget and feel that you must own a Ferrari, you’ll definitely want to avoid these ten cheapest Ferrari cars — unless you enjoy shelling out lots of money for repairs and general upkeep.

You won’t find a more affordable Ferrari with 12 cylinders than the Ferrari 400i. While it does provide room for four and has intense power, the 400i is expensive to repair. If you must buy one of these, you would do better to purchase the 3-speed automatic versus the 5-speed because they are less costly to fix.

If you do have the money to keep it running, they are neat tourers. The classic, iconic design stands out and they might go up in value if cared for properly. To keep the engine running, you’ll have to have a mechanic that loves working on Ferraris – a lot!

You might find an affordable Ferrari 308 GT4, but should you purchase one of these cheapest Ferrari vehicles? To many enthusiasts, the 308 GT4 is not really a Ferrari. Yes, it was named after Enzo’s late son and offers a V6 or V8, but you’ll find that most Ferrari lovers refuse to acknowledge this vehicle as a member of the family.

This four-passenger vehicle has its engine mounted behind the seats. One of the reasons it’s so affordable is because of the angular styling. If you still think this is a good buy, just ask Richard Hammond which did an entire episode of Top Gear on how unreliable these cars are.

You can likely find a cheap Ferrari 308 GTS, but should you purchase one? Probably not! First of all the Ferrari 308 GTS comes in some strange colors. You will find many more hues than the iconic Ferrari red that everyone loves — and not all are flattering.

You may even be able to find a 308 GTS fewer than 100,000 miles, but again, you need to keep in mind the potential cost of owning this car. If that doesn’t matter to you, then go ahead and enjoy that Targa top. Though the 308 GTS isn’t fast, it sure looks the part. 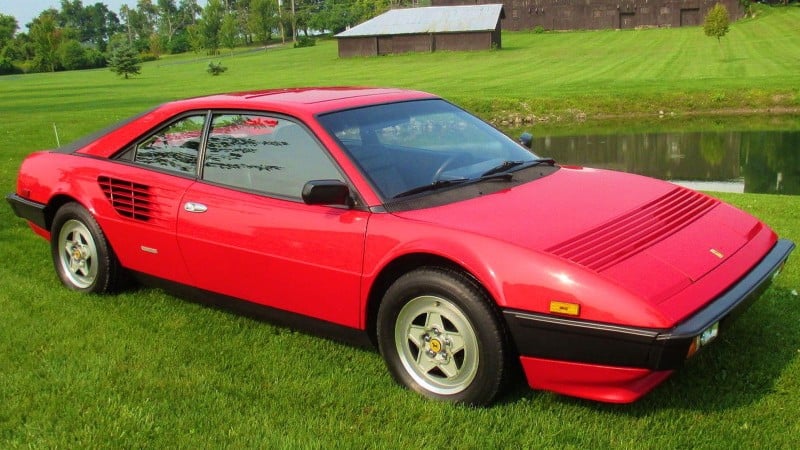 The Ferrari Mondial is one of the cheapest Ferrari cars available. It’s quite the famous Ferrari model, but maybe not for good reasons. The convertible is the world’s only open-air four-passenger vehicle that featured a mid-engine setup. If you look around a bit, you should have the option to get your hands on a coupe.

Why is the Mondial priced so low, you might ask? The answer is clear: no one wanted it. The only person who might be happy about you purchasing a Mondial would be your mechanic. The plus side is that this car does feature a 3.0L quad-cam V8 engine that produces 214 hp. It’s probably not worth the headaches though. 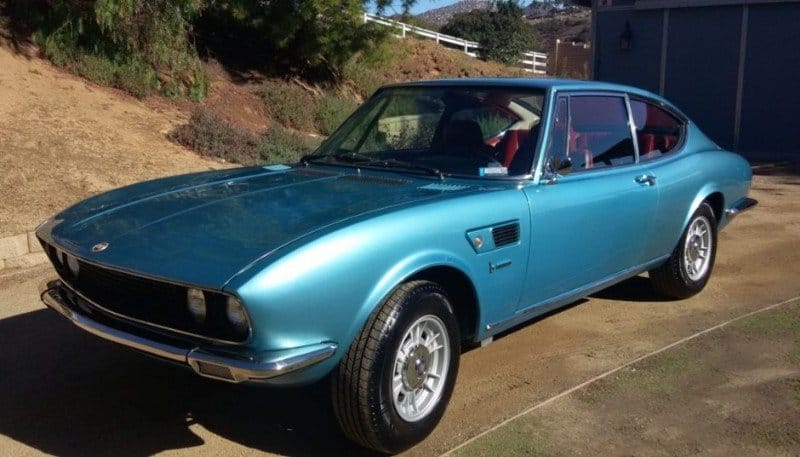 This technically isn’t a Ferrari, but it has a vital piece from one. The Dino Coupe was made by Fiat but contained a Ferrari V6 engine that was also found in the Dino 246 GT. It’s the cheapest way to own a Ferrari-like car and also one of the best sounding Fiats ever created. But, true to Ferrari form, it isn’t very reliable.

The Dino Coupe isn’t nearly as graceful as some of the four-passenger Ferraris. With that said, we know it’s hard to resist a classic Ferrari bargain. Just remember the eventual cost you’ll probably pay for indulging in this temptation.

Most people wouldn’t recognize a Ferrari 348, which isn’t one of the more iconic prancing horse cars to hit the streets. That’s most likely due to the Acura NSX which stole the spotlight when the 348 was launched. Then, automotive journalists of the day trashed the 348 for its excessive understeer. Still, it did produce 300 hp.

This convertible is not one of Ferrari’s best achievements, which is why you can buy one at rock-bottom prices. If you just want to tell people you own a Ferrari convertible, then go for it. But we think you would do better investing in something that won’t leave you stranded on the side of the road.

There’s no question that the 355 F1 Spider is probably one of the most stylish models Ferrari has created. The initial reason many people didn’t want it, however, was because of the soft-top, which detracted from the overall design. But on top of that, there were some major issues with the valve guides and headers. If possible, get the service records before buying one. If it’s been well maintained you might be able to avoid these issues as some owners have reported no problems.

Cheap 355 F1 Spiders will come with a good number of miles on them. And routine maintenance requires removing the engine every three to four years. You aren’t going to want to do this tedious job yourself, so prepare for a regular (and hefty) payment to your mechanic. In addition to these concerns, the paddle-shifting transmission is simply mediocre and not what you would expect from this premium automaker.

Even though the 456 GT comes from the 1990s, it still appears modern. That’s why people looking for the cheapest Ferrari car tend to gravitate toward this design. At the time of its release, the 456 GT was the most powerful car in the lineup (other than the F40).

The trouble was the cars didn’t hold their resale value, and many people felt they weren’t given the same level of attention from Ferrari as other brands. With that said, the people who owned them took good care of them, so it’s possible to find a model that’s well maintained. If you decide to purchase one, make sure you take your mechanic along to inspect the car. 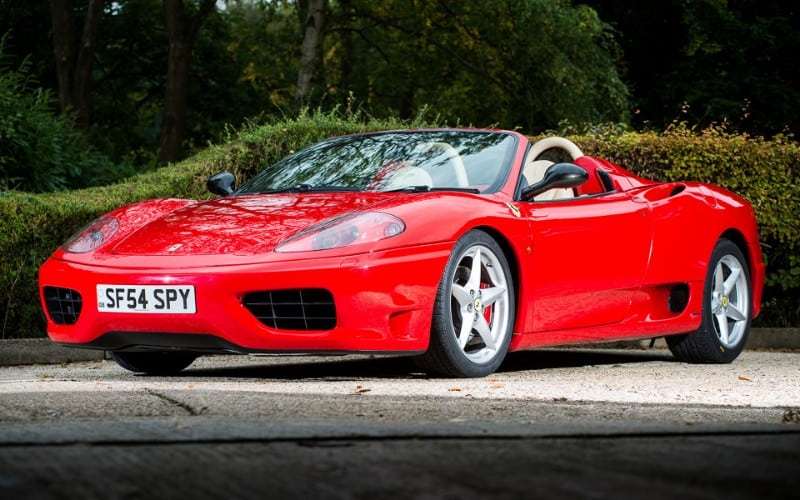 Spiders were popular with Ferrari, and most models came with a drop-top variant. The 360 Spider wasn’t as bad mechanically as some of the other cheapest Ferrari car options, so you would do better with this model if you need to stick to a budget.

Just make sure you check through all the service records to ensure that it was well-loved by its previous owner. The 360 was known to be rough on clutches, and some owners reported issues with the folding roof mechanism leaking.

This 4-seat grand tourer was produced from 2004 to 2010 and replaced the 456 in Ferrari’s lineup, the design was a bit of a flop. And while you may be able to find a higher mileage model on the “cheap” side, the utilitarian look of the Scaglietti certainly doesn’t scream fast Italian sports car.

Sure, you can fit two adults in the back seat, and the 5.7L V12 offers plenty to smile about in a straight line. And while the Scaglietti is not the worst Ferrari in terms of reliability, owners have reported some transmission woes. And there’s the V12 cambelt which needs to be replaced every 5 years or 30,000 miles. This maintenance item alone will have you dropping some coin at the Ferrari dealer. All-in-all, we think there are some better-looking options on the used market.

We’d much rather see someone purchase a reliable Ferrari. Maybe it requires saving up longer to get the car of your dreams, but it will be worth it. Now that we’ve looked at the cheapest Ferrari cars you can purchase used, let’s take a look at a few of the ultra-rare and ultra-expensive Ferraris.

In recent years, a 1961 Ferrari 250 GTSWB California sold for $15 million. Considering Ferrari produced just 56, it’s understandable why this sleek roadster costs so much.

A Ferrari 250 Testa Rossa sold for $16.4 million at RM Sotheby. As a rare car like this ages, it tends to go up in price. There were only 22 of these racing vehicles produced, and it’s not a street-legal car. When one of these was auctioned in 2011, it was rated as the highest-priced car throughout the world.

It’s estimated that the Ferrari 250 GTO is worth $52 million but most sales take place privately, so it’s hard to confirm that number. There were only 39 of these built in 1962. Collectors regularly refer to this as the company’s ultimate model.

While you might not be able to pronounce the Ferrari 365 P Berlinetta Tre Posti Speciale, it still should grab your attention. Only two copies were ever produced, and this unique three-seater is now valued at over $23 million. What’s even more awkwardly awesome is that the driver is placed between the passengers, making this car extremely rare. 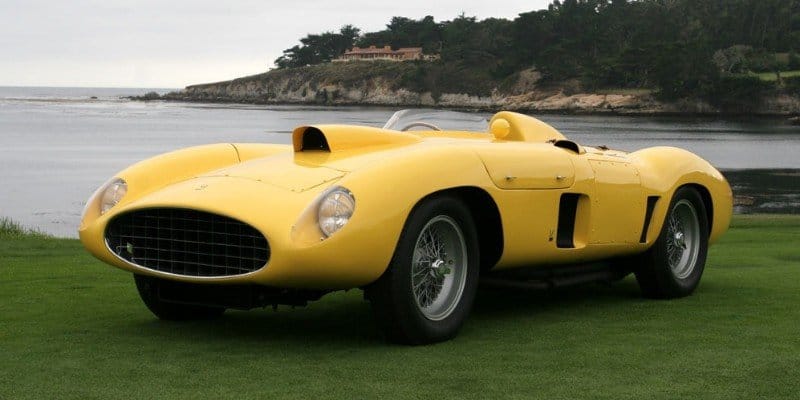 It doesn’t matter if you think the Ferrari 290 MM Scaglietti Spyder is ugly — it’s still worth $28 million. That’s because Ferrari only made four. In fact, the company seems to know that’s how you make a car valuable because they regularly did extremely limited runs. Since this car was designed for racing, you won’t see one on the road.

Before You Buy the Cheapest Ferrari Car, Consider This:

If you’re dead set on buying one of the cheapest Ferrari cars, there are other factors you’ll want to consider.

As you can see, it’s possible to find the cheapest Ferrari car, but you’ll want to go into the purchase with your eyes wide open. These cheap Ferraris might end up costing you a small fortune in maintenance and repairs. Is it really worth all the mechanical hassle and additional costs just to say you drive a Ferrari? There are far better used cars out there that will still turn heads and keep some money in your pocket.


10 Ugliest Cars Ever Built
The Best Of 2021 Lexus
The Best From Ferrari in 2020
30 Awesome Cars That Aren't Quite Full Scale
Best 18650 Battery and Which to Avoid
Isuzu VehiCROSS: Icon or Oddity? [Buyers Guide]