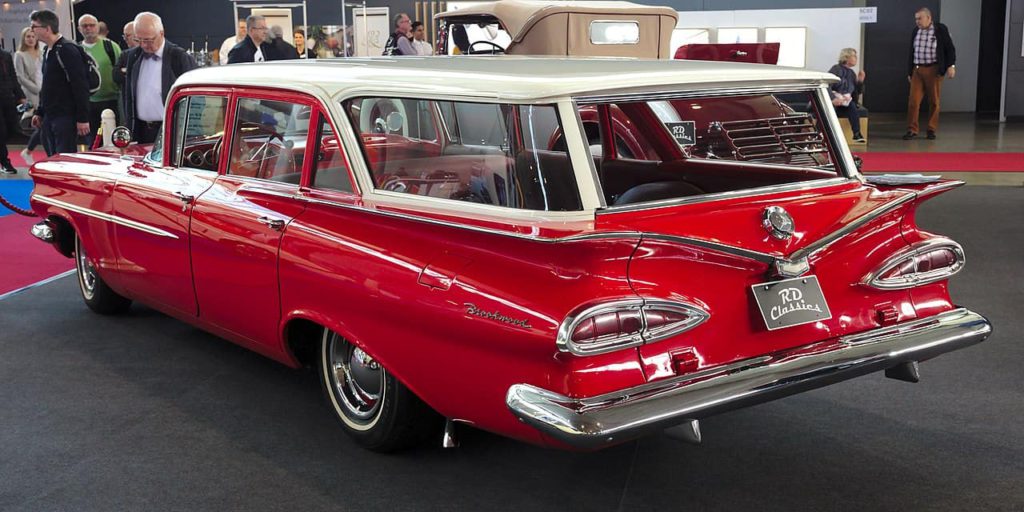 What are the best station wagons of all time? How could one even try to create such a list? Let’s dive in from a collector’s perspective and see what wagons come to the top.

The station wagon is perhaps the most maligned of auto body styles. Prioritizing practicality over panache has produced some pretty dull two-box vehicles. Yet there’s a vibrant collector market for wagons, with some examples fetching over $50,000.

Interest in older station wagons is driven by two factors: scarcity and nostalgia.

The Life of a Station Wagon

Traditional station wagons were seldom pampered by their owners – even when new.

“Those vehicles were bought with a purpose, and that was to use them to use them as a tool, and then drive them hard and put them away wet,” explained Tom Cotter, an avid wagon collector and automotive author, who hosts the popular Haggerty YouTube series Barn Find Hunter.

These voluminous workhorses were produced in large numbers, but their lifespan tended to be shorter than that of an equivalent sedan or coupe.

“It went from being a family car to being resold to a handyman (painter, carpenter, etc.) who used it as an alternative to a pickup truck,” explained Richard Reina, Product Training Director at CARiD.com. “It was subjected to some rugged use, and most ended up in the salvage yard. Finding a survivor can be an exciting surprise.” 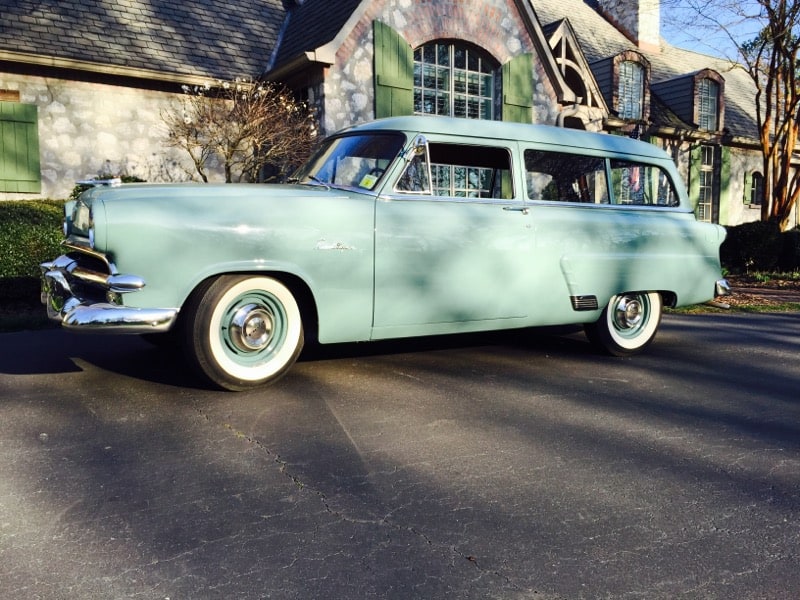 Many of us hold fond memories of riding in station wagons as children: vivid recollections of being packed into the back with siblings for family vacations, school runs, or ballgames.

“I think everybody grew up in the back of the station wagon. And so everybody has a story,” said Cotter, whose best-selling books include Cobra in the Barn, 50 Shades of Rust, and Barn Find Road Trip.

“You will likely find multiple examples of Mustangs, Corvettes, and quaint two-seat roadsters [at car shows] … But how many of us had first-hand experiences with such cars?” posed Reina.

“But should you come across a 1969 Ford Country Squire station wagon … you’re likely to exclaim ‘Wow! My parents/grandparents/neighbor had one of these, and I haven’t seen one in years!’”

Known as ‘long roofs’ among aficionados, classic wagons offer an affordable gateway to the collector-car market.

“As high-demand classic cars become more valuable and beyond the reach of the average collector (think muscle cars), hobbyists seek out anything collectible which hasn’t had the same upswing in values,” said Reina. 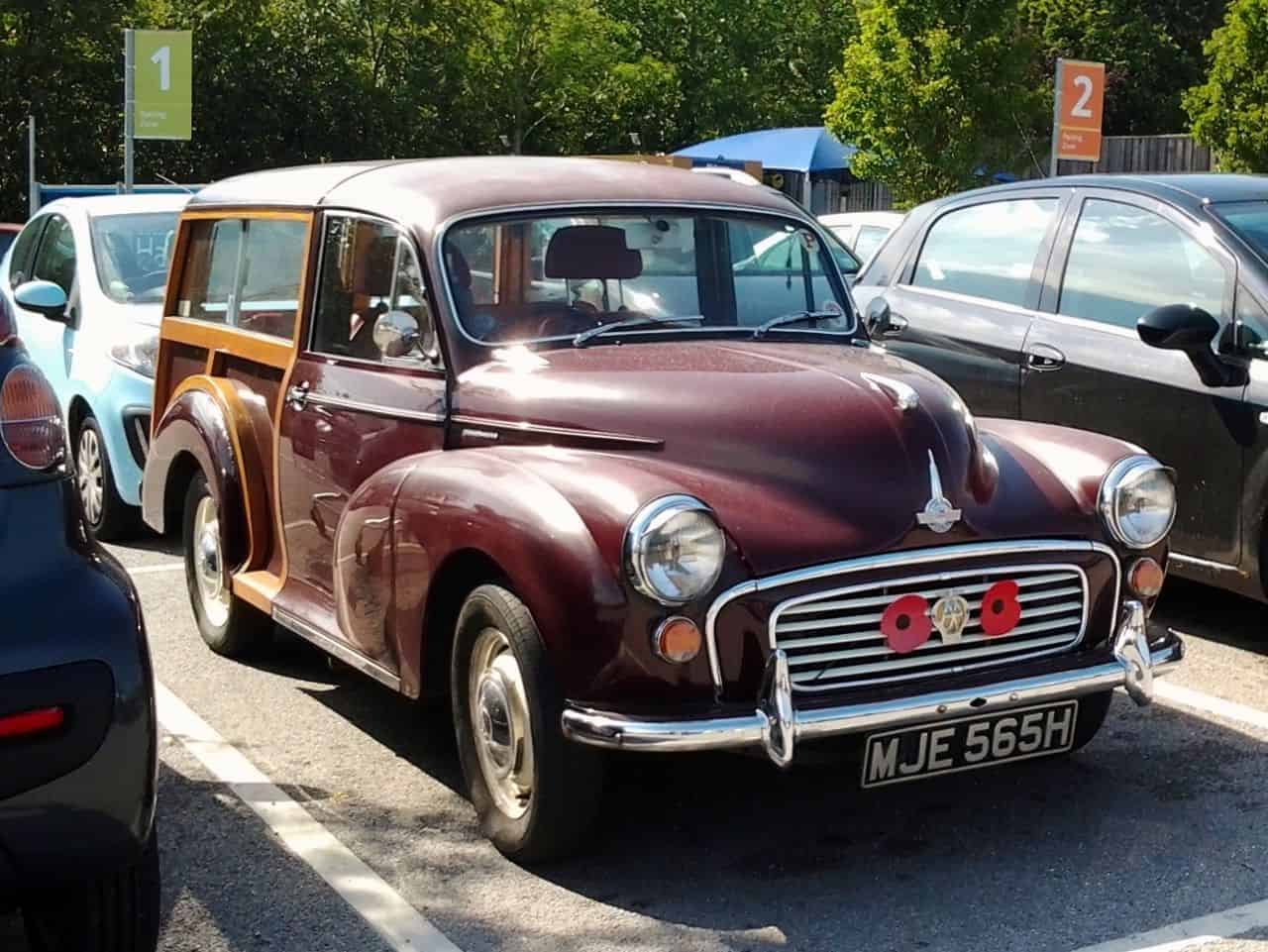 As with most collectibles, station wagons sub-divide into smaller collector niches. One is the ‘woodie wagon’: a station wagon with rear bodywork constructed of wood.

“Anything made of wood that’s 70 years old, if it still exists – whether it’s a chair or cars – is something to celebrate,” said Cotter, who bought his first woodie in 1969 and has owned up to 14 examples at any one time. “Just about every manufacturer had a wooden car … Wood kind of oozed of class; the kind of old-fashioned class and elegance.”

By the turn of the 1970s, automakers were shunning true woodies due to the sheer cost of fabricating with wood. But there are plenty of other station wagon sub-specialties to seek out. 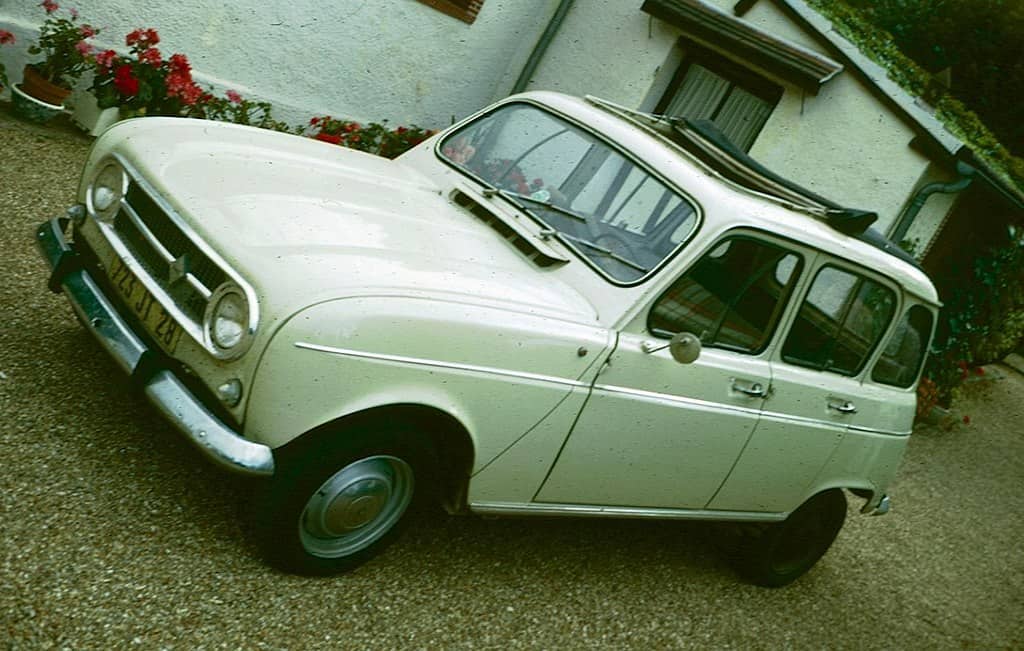 “In addition to the ubiquitous full-size American nine-passenger wagons of the ‘50s, ‘60s, and ‘70s, there are … two-door wagons, high-horsepower wagons, and rare European and Asian import wagons,” said Reina.

Even so-called ‘nerd wagons’ – such as the Chevy Vega, Ford Pinto, and Chrysler K-cars – have shifted from decidedly “uncool” to retro-hip of late, according to Reina. 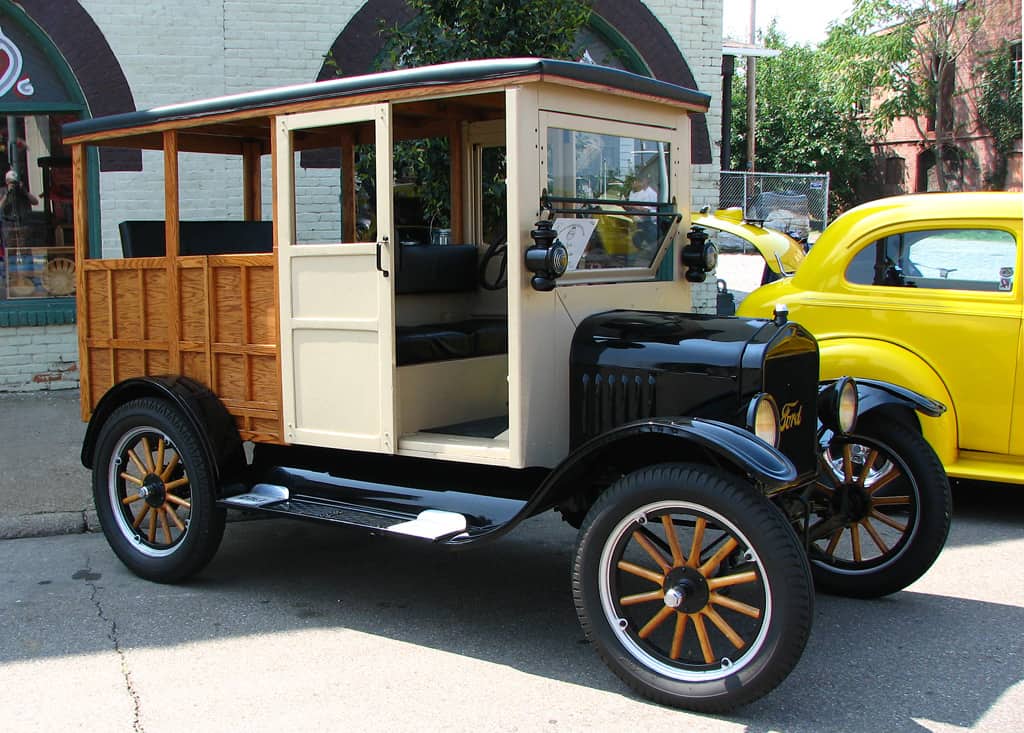 The term ‘station wagon’ has its origin in vehicles like the Ford Model T Depot Hack, which were literally wagons used at stations. (Taxis were then known as ‘hackney carriages’ or ‘hacks.’) “These vehicles would pick people up from the train station with their luggage,” Cotter explained. “If I was going to put together a collection of 10 woodies, I think I would have one of the very early [examples].” 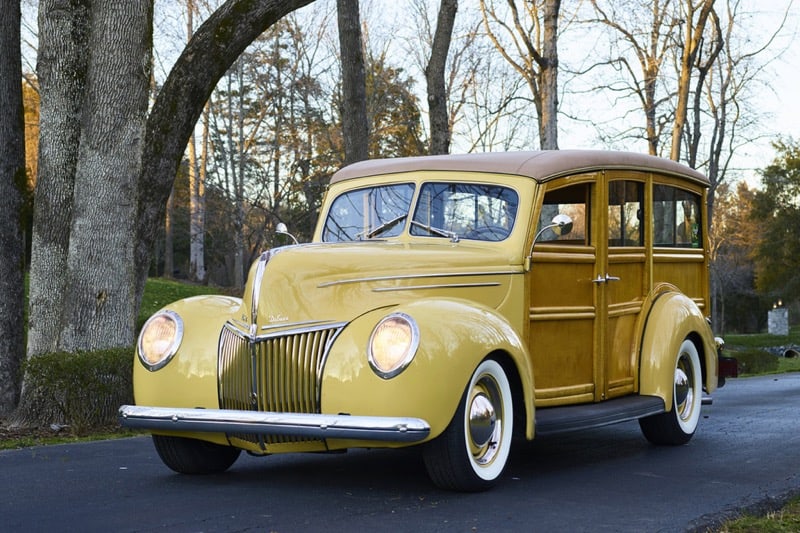 In the 1930s, Edsel Ford was keen to emulate the aesthetics of high-end European cars of the era. He even adopted front grills reminiscent of Mercedes-Benz models at the time. And his company’s wagons were no exception. “There are so many beautiful, elegant ones; ’35 and ’36,” said Cotter. “[Ford] was trying to copy that style for the American consumer – very beautiful.” 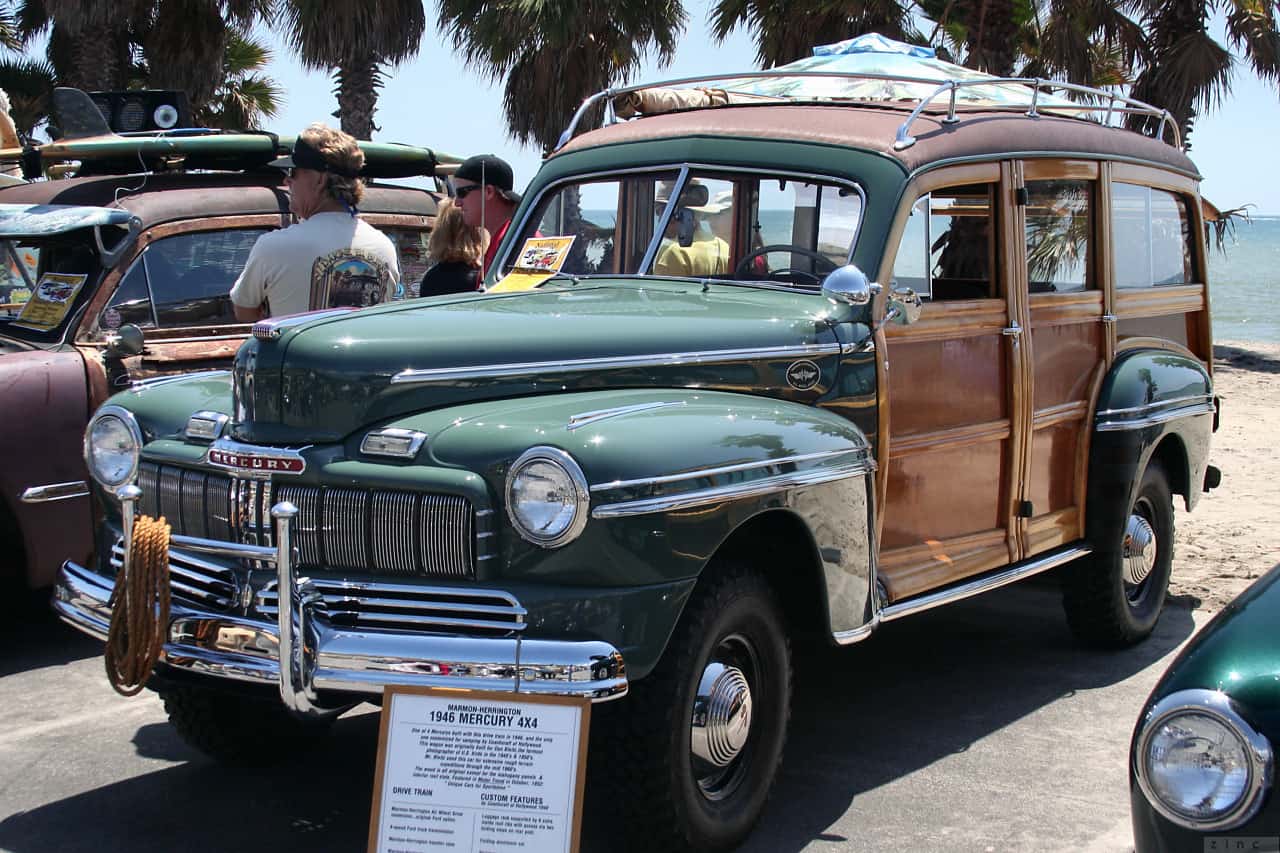 Marmon-Herrington, a company then known for its military trucks and tanks, began converting Ford and Mercury woodie wagons to all-wheel drive in 1937. “[It] was purchased by ranchers, by photographers … construction workers and explorers,” said Cotter, who owns an example originally used at a North Carolina ski resort. “And would be double the price of a [regular] woodie.” 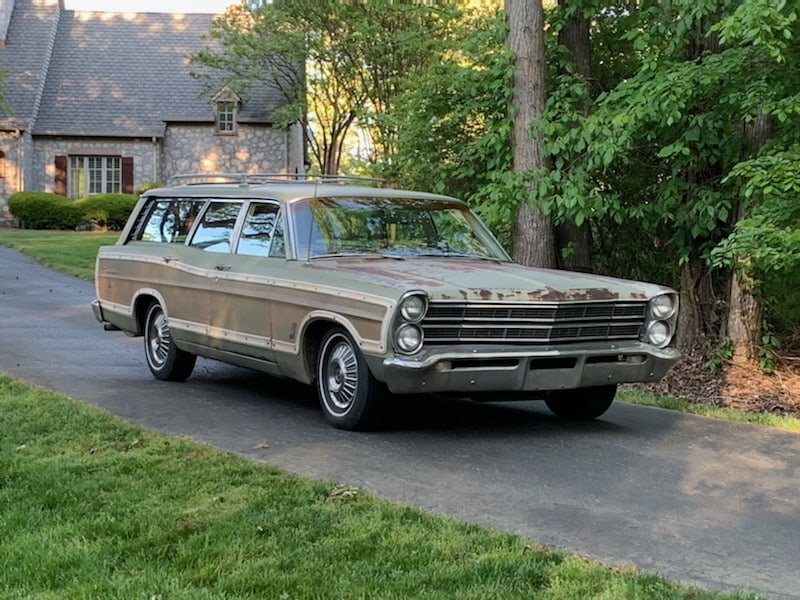 Many incarnations of this premium wagon – produced for over 40 years, starting in 1950 – are considered collectible. Although only the first generation of Country Squires were true woodies, all featured at least simulated woodgrain trim. Cotter reported selling a one-off example – with a factory 428, 4-speed manual transmission, bucket seats and a console – for almost $50,000 earlier this year. 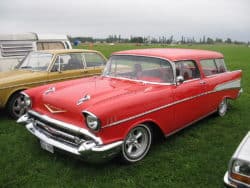 “A highly-stylized two-door wagon. Made only for three years: 1955-1957,” said Reina. “Pricey, but some of the best-looking wagons ever built.” According to Cotter, the rarest and most collectible Nomad might be one with Rochester fuel injection and a four-speed manual gearbox. A 1956 Nomad with just 20,000 miles sold at auction for $50,600 in January. 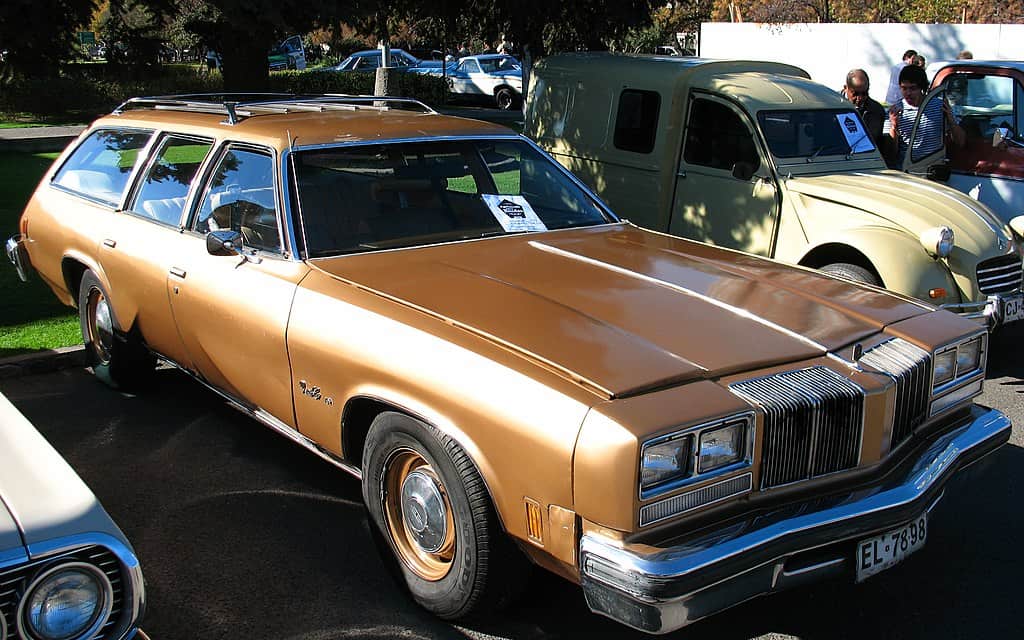 With its fighter-plane roof windows and a Rocket V8, the Vista Cruiser defied many of the stereotypes surrounding traditional full-size wagons. “While the poor examples … haven’t improved in value, the cleanest examples out there have increased their value by nearly 50% in the last three years!” said Bryce Cleveland of auto accessories and parts specialists Vivid Racing, adding that nice examples can fetch around $30,000. 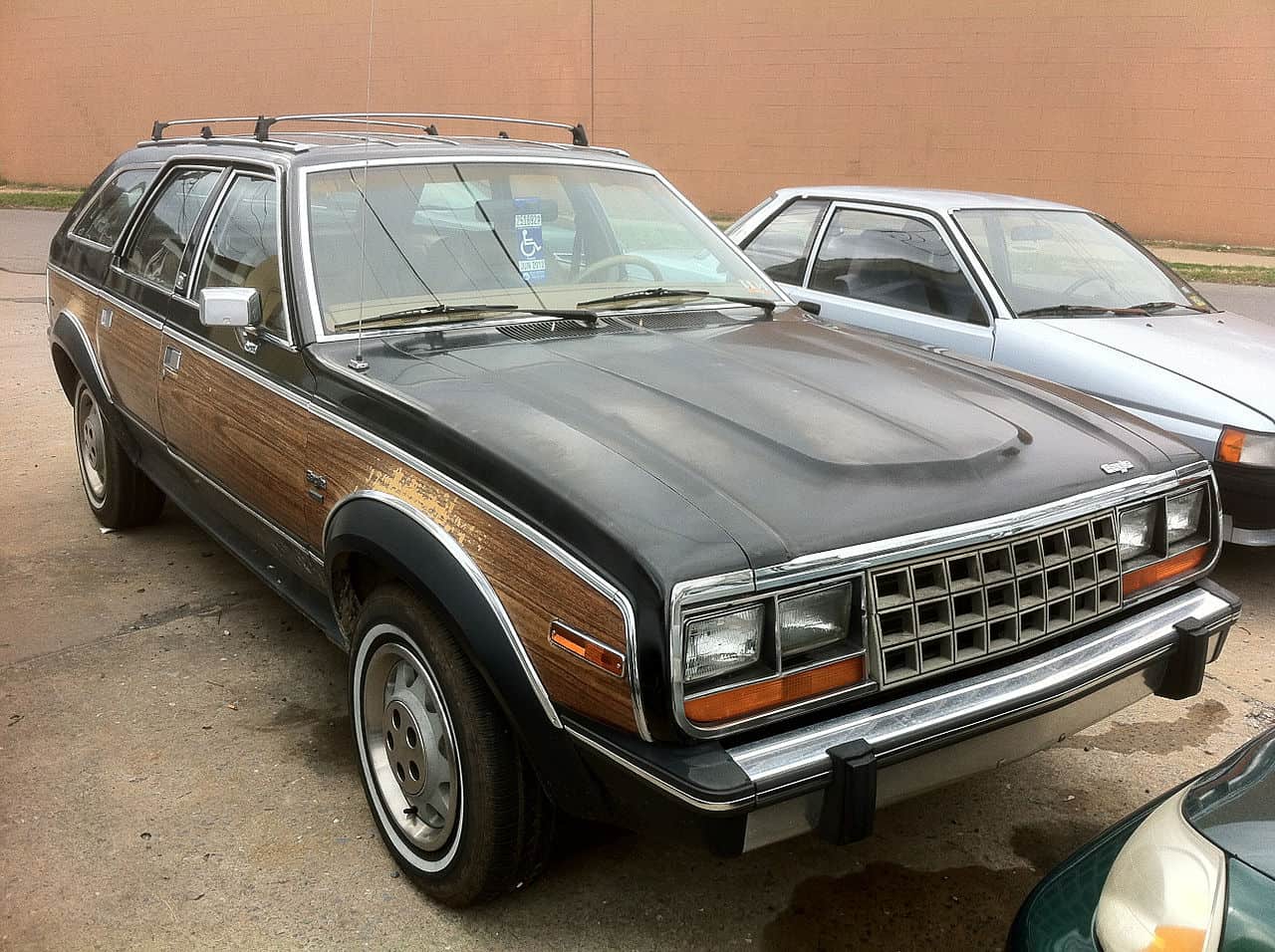 The chunky, mildly lifted AMC Eagle Wagon was a 4×4 pioneer that appears to be more appreciated now than during its 1980s production run. “Sought-after by collectors and off-roaders,” said Cotter of AMC’s visionary precursor to today’s ubiquitous SUVs. “Truly the first cross-over vehicle by 40 years!” 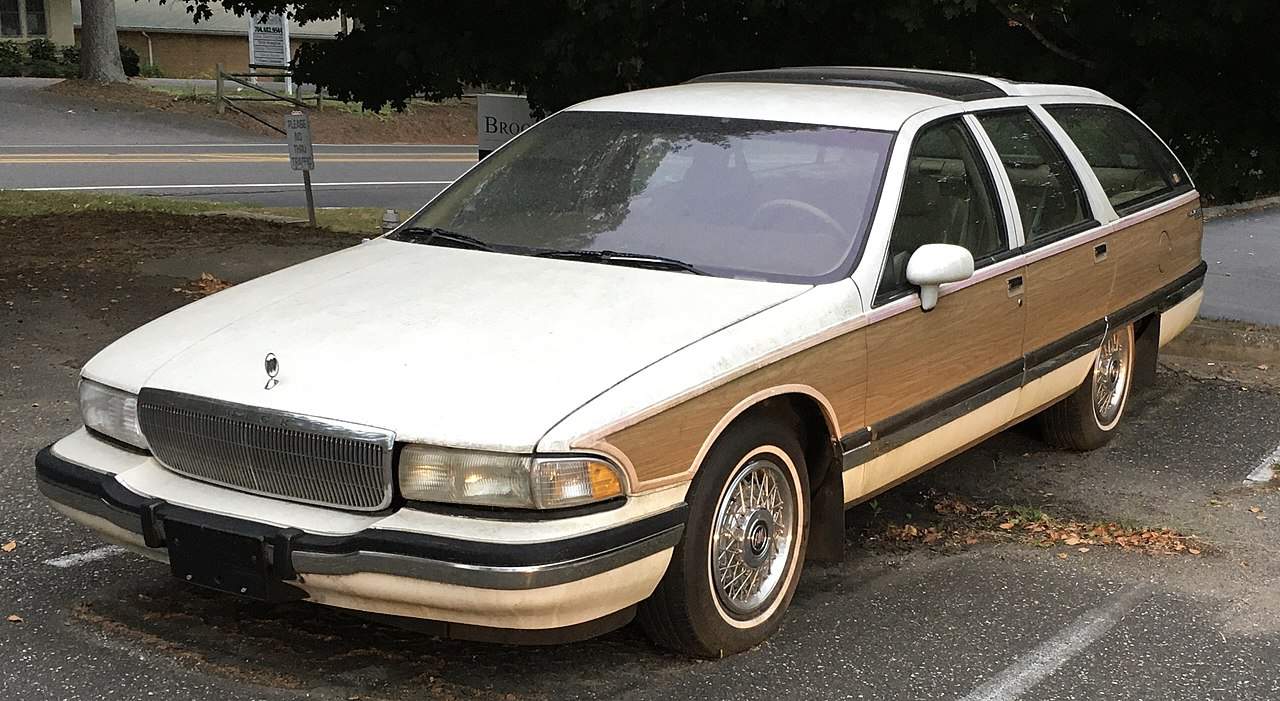 “Another big, American station wagon that is slowly gaining popularity and value,” said Cleveland. “As GM’s last era of station wagon, the Roadmaster didn’t get much love when it was new. But collectors have been quietly picking these up with a massive increase in insurance quotes from year to year. Current Price: $10,000-plus.” 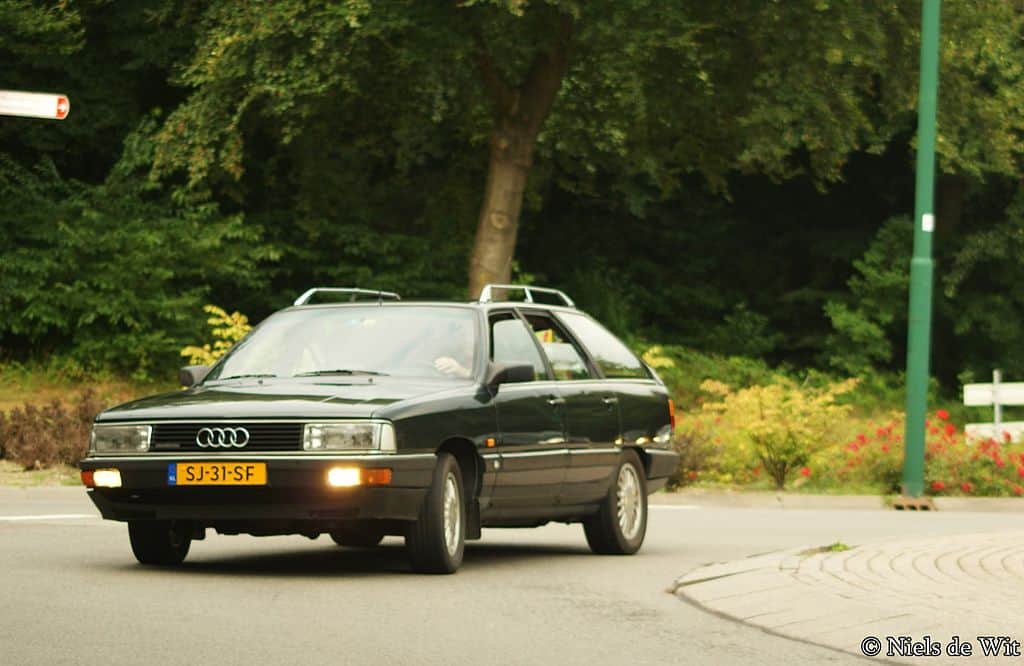 “There are under 150 Audi 200 Avant Quattros in the USA,” Cleveland explained of this early 1990s inline-five sleeper. While 217 horsepower might appear unremarkable today, it put the AWD Avant alongside the Mustang GT of its era. “Once they age a bit more, they’ll quickly become a hot collector’s item,” Cleveland continued. Currently commanding prices of $5,000 to $12,000. 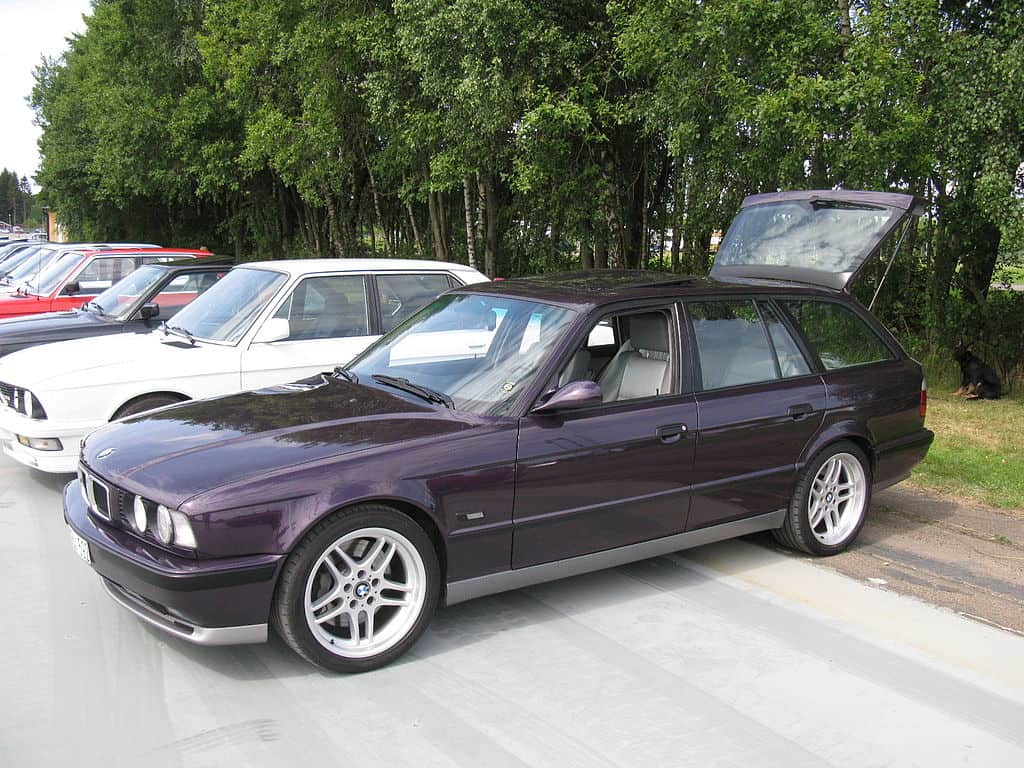 “Although the M5 Touring was never available in the US when new, importing one is relatively easy now that they’ve surpassed the 25-year mark,” said Cleveland of what was the fastest wagon in the world when it debuted in 1992. “With under 1,000 examples globally and only a few in the USA, the M5 touring is expected to massively increase in value. Current Price: $50,000.”

The AutoWise Top 10: Best Collector Station Wagons Of All Time

Do you agree with our list? What did we miss? Obviously this list will change over time as the collector market evolves, but we’d wager to bet these will be top picks for years to come.