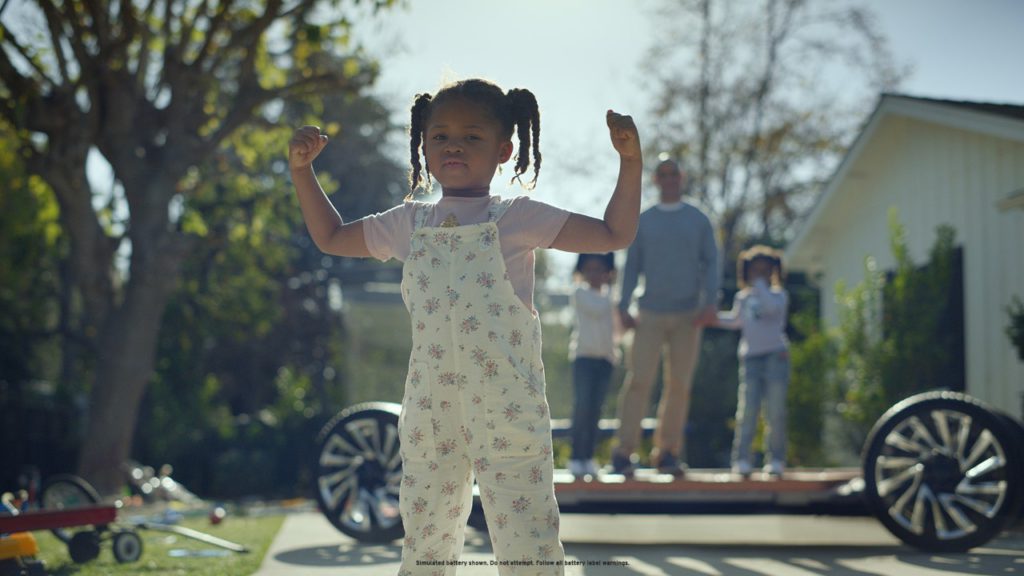 First KIA gets all stylistic with a new logo and now this from GM. The look and feel of the auto industry is changing fast in 2021! Today GM unveiled their new logo, only the fifth version of the iconic logo since its introduction in 1938. The new GM logo is all about the company’s commitment to an electrified future and rolls out concurrently with a new “Everybody In” brand identity campaign.

“There are moments in history when everything changes. Inflection points. We believe such a point is upon us for the mass adoption of electric vehicles,” said Deborah Wahl, GM global chief marketing officer. “Unlike ever before, we have the solutions, capability, technology and scale to put everyone in an EV. Our new brand identity and campaign are designed to reflect this.”

The first thing you notice with the new GM logo is the change from capital letters to lowercase letters. This, along with the more rounded edges of the square are supposed to create a “more modern, and inclusive design.” I agree that it looks much more modern, but the lower-case letter just looks childish to me. The new logo honestly reminds me of an Adobe program logo, like Photoshop or Lightroom.

Next, you notice the bright blue color gradient, versus the more dark blue of logos past. GM says that these new vibrant blue tones are supposed to evoke “the clean skies of zero-emissions future and the energy of the Ultium platform.” Sure, but I think it is really about appealing to a younger generation that seems to like more bold vibrant colors, which GM desperately needs to do, and is doing with vehicles like the latest C8 Corvette and Colorado ZR2.

GM has carried over the underline design within the logo, but has moved it from under both letters to just under the “m.” This is a nice nod to the past and the future. The negative space between the underline and within the “m” are in the shape of an electrical plug. 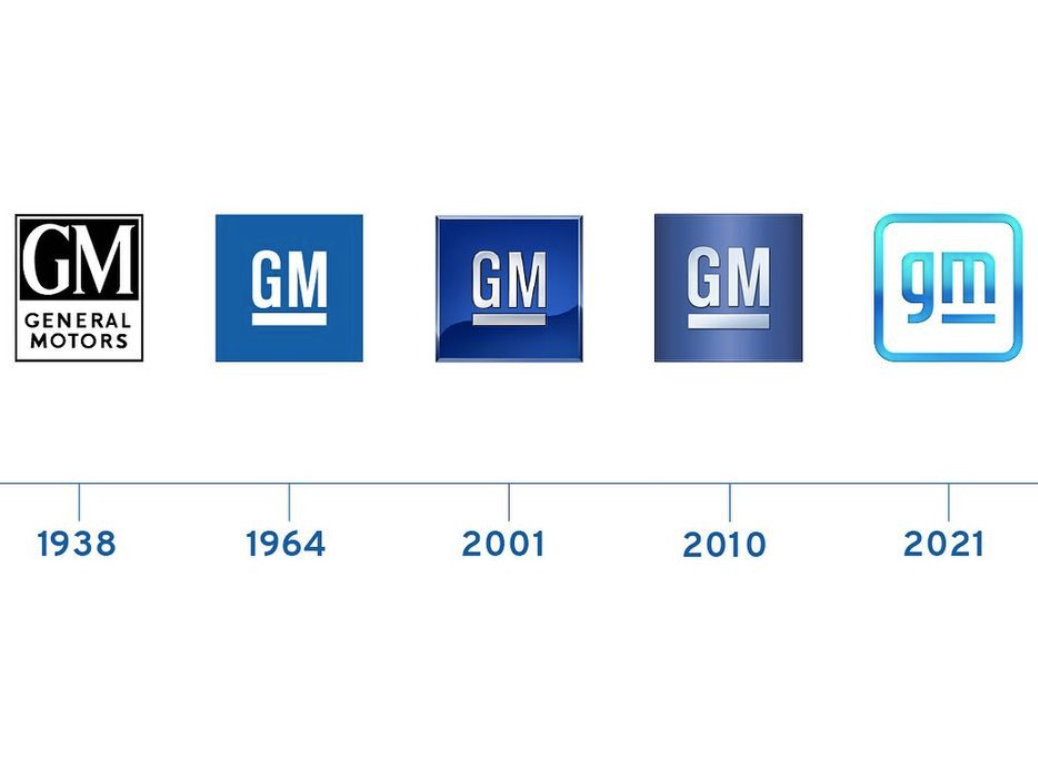 The last GM logo lasted a decade, nearly two for the one before that, and more than three for each of the two before that. This just shows the exponential changes happening in today’s world. How long do you think this latest GM logo will last?

GM “Everybody In” Campaign

Along with the new logo GM is also launching a new brand identity campaign. The “Everybody In” campaign is designed to highlight the electrification of GM vehicles, as well as “safety, citizenship, and the road to autonomous driving.” 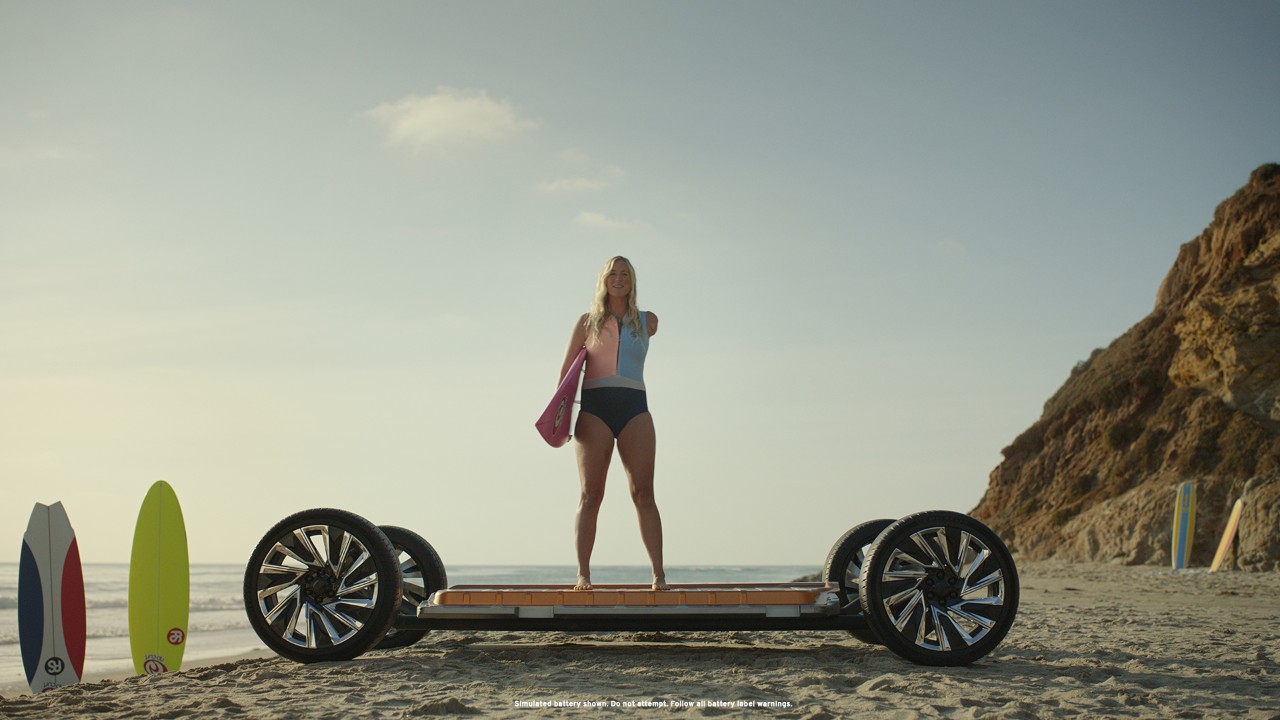 A big part of this new campaign will be the use of influencers “who defy expectations and represent all works of life.” These influencers include Malcolm Gladwell, author of “The Tipping Point,” professional surfer and shark attack survivor Bethany Hamilton, fitness instructor Cody Rigsby, and gamer Erin A. Simon. 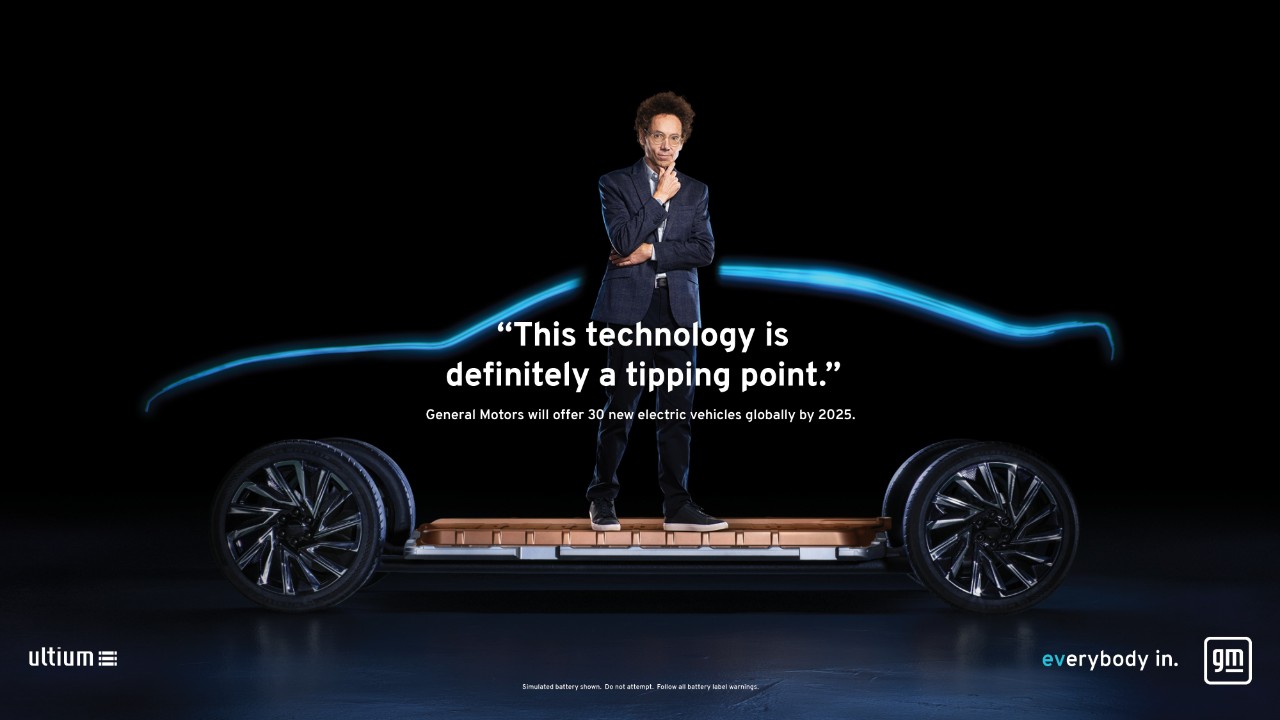 The electrified vehicle future is upon us and this new GM logo show’s the company’s commitment to that future. GM has committed to spending $27 billion on EV and AV products over the next 15-years. This includes the creation of thirty new EVs globally by the end of 2025, ten more than previously committed to by 2023.  All of these vehicles are planned to be underpinned by the GM Ultium EV platform, which should offer up impressive range and performance across an extremely wide range of vehicle types. The Hummer EV pickup should be first to hit the market with this exciting new EV tech.