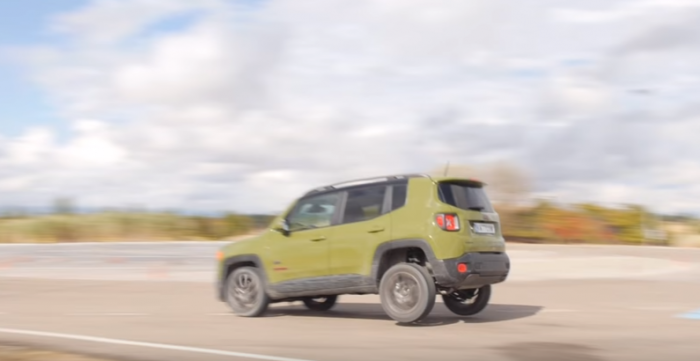 While some people think that lifting off the rear wheel of the Jeep Renegade is a sign of faultiness in the breaking system, others consider it to be very stylish. In 2015, an automotive journalist, Pablo Gonzalez, discovered that it is actually possible to lock the brakes of a Jeep Renegade so hard that the rear wheels will lift off the ground. He proved this through a couple of repeated experiments and obtained the same results.

Not just any car can do this kind of thing. We are comparing between the European-spec cars which have different drive trains from American Renegades and most importantly run a different standard tire.

Talking about the tires, it is hard to believe the fact that the tires of this Jeep Renegade are tough enough to grip the Jeep against its weight and lift off the rear wheels. However, after setting up the cameras in all the necessary places, we now have evidence from these clips of how Pablo concluded that the Jeep Renegade actually lifts off the rear wheel from the ground. He recites his experience by saying, “The body leaned forward, nothing strange, and it was expected. But it continued to lean and reached a point where the sky disappeared from my horizon. All I saw was asphalt and asphalt, moving quickly before my eyes. Despite this, I kept stepping on the pedal with all my strength. I had the feeling that the rear wheels were in the air, which surprised me to not feel any blow when they returned to [the ground.] I stopped the car and I was thinking, puzzled, if what he had felt was true.” 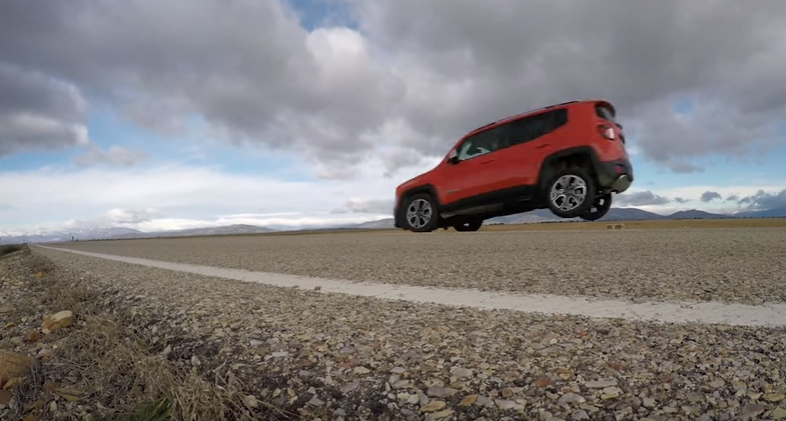 Pablo continued to wonder why his car kept on behaving in that manner and so he decided to call the mechanics and technicians from the Fiat Group in Spain to come and figure out what was the issue. After much disassembling of the Jeep Renegade, the team realized that there was an issue with the hydraulic system that caused the car to behave the way it did. He decided to test two other Jeep Renegades but they did not have the same issue as his own car so he concluded that his Jeep Renegade had broken brakes.

Surprisingly enough, this is not the only issue that has been found with the Jeep Renegade. The vehicle’s stability and balance, specifically when it is maneuvering through sharp bends and corners, is also another issue. The Jeep loses its composure trying to go through bends and corners. 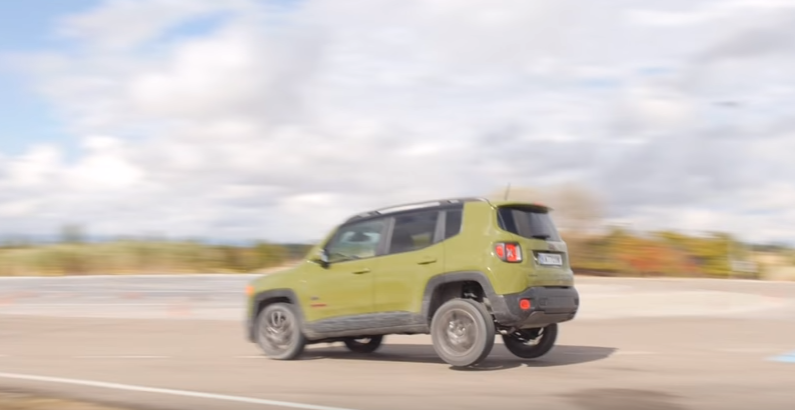 Pablo says that he has driven the Jeep Renegade almost all his lifetime. Different shades and models of the same vehicle in different places with different people, yet the same rear wheel lift off scenario happened to him again last year.

As much as we are concluding that there is an issue with the braking system and balance of the Jeep Renegade, two qualification bodies from the two different countries (i.e. the EURO CAP and the American NTHSA) has given it a five out of five-star rating and a four out of five-star rating respectively. The vehicles are being legally sold out there in the market since they “comply” with regulations both in Europe and USA.