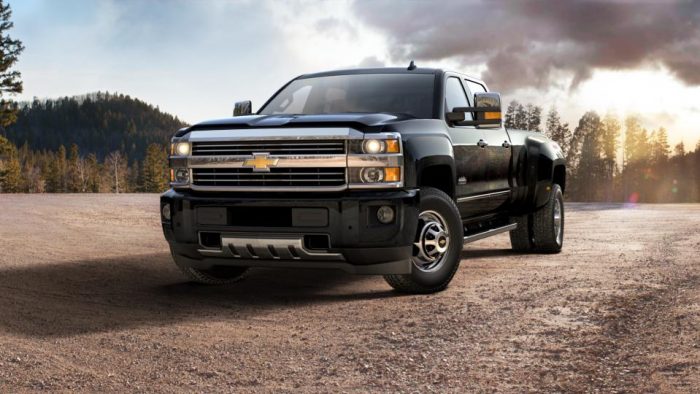 Most expensive trucks money can buy. But what are they good for? Obviously, they offer more space, much more comfort, more high-tech features, but not necessarily better towing rates. In fact, many of these “top of the line” models exhibit lower towing figures, and end up being used as luxury personal carriers or even family cars. Unless they’re heavy or super duty trucks, that is. They’re often used for tax write-offs as well, and that actually plays an important role in their overall sales numbers.

Whichever their purpose, here’s the company of the most expensive pickup trucks one can buy today. They all cost at least $50,000 or more, regardless of optional equipment. In other words, our guidance was the MSRP, or the minimum price one can expect to pay for the specific trim level and basic cab configuration. Exercise a heavy foot on the options list and watch their prices soar by $10,000, $20,000 or even $30,000. Apart from taking the MSRP into consideration, we won’t forget to list the prices of maxed out models too. All trucks are 2016 and 2017 year models, and the list was compiled in early October. Here they are, listed from least to most expensive.

What’s The Most Expensive Truck Currently On The Market?

First on our over $50,000 list of pickups is Blue Oval’s half ton King Ranch with the Supercrew cab, and five and a half foot box. It’s standard with 5.0L V8 engine, but can be ordered with optional 3.5L EcoBoost V6 mill for additional $1,000. Speaking of options, fully stacked Ford F-150 King Ranch could cost you somewhere in the region of $68,000. 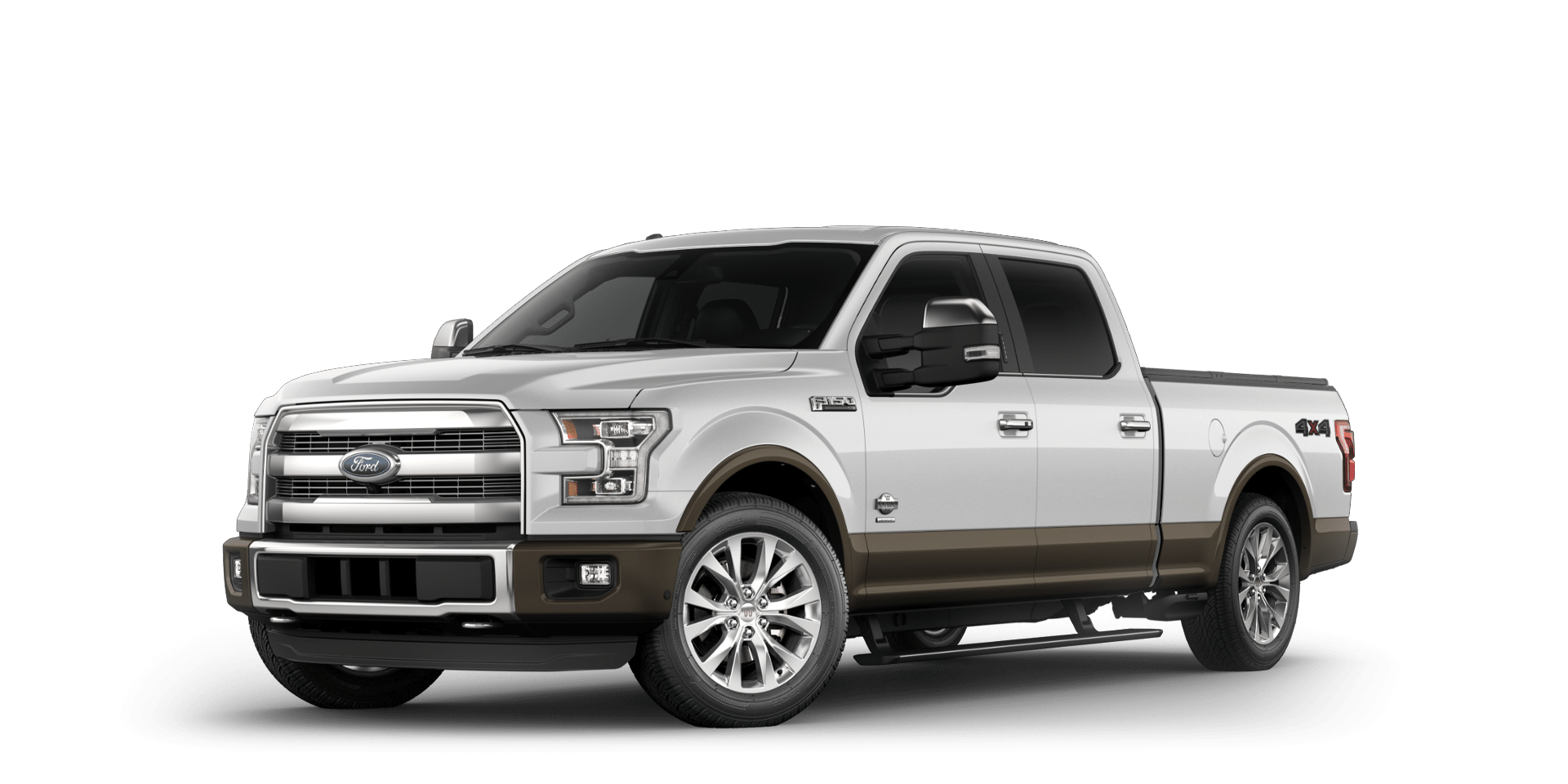 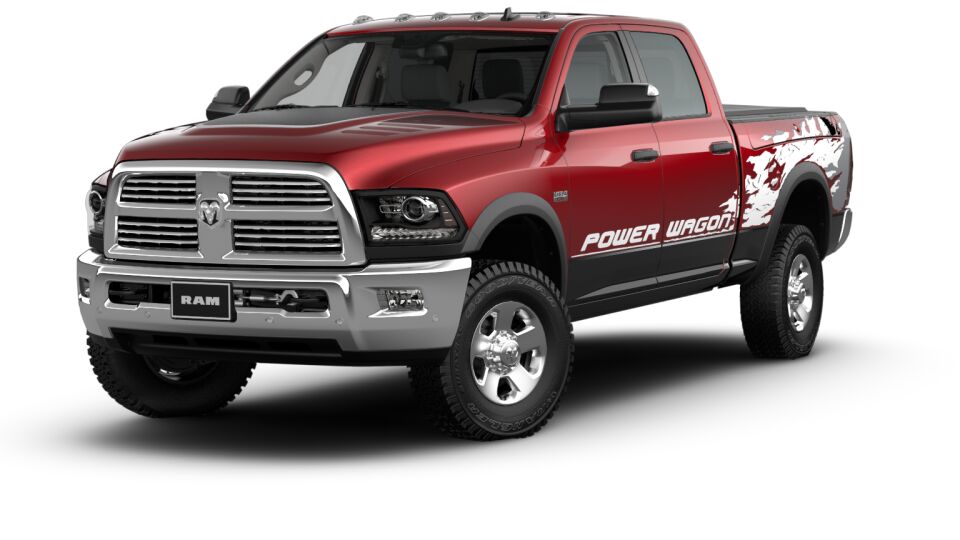 Top of the line High Country trim level is the only the Chevrolet Silverado 1500 model which starts north of $50,000. It’s $51,350 with Crew Cab, short box and 5.3L V8 engine. Choose 6.3L V8, one of 4 available 22-inch wheel options, full technology package, and other goodies, and watch its price soar to $62,000. And that’s not all. Accessories and niche upgrades can raise its sticker further. 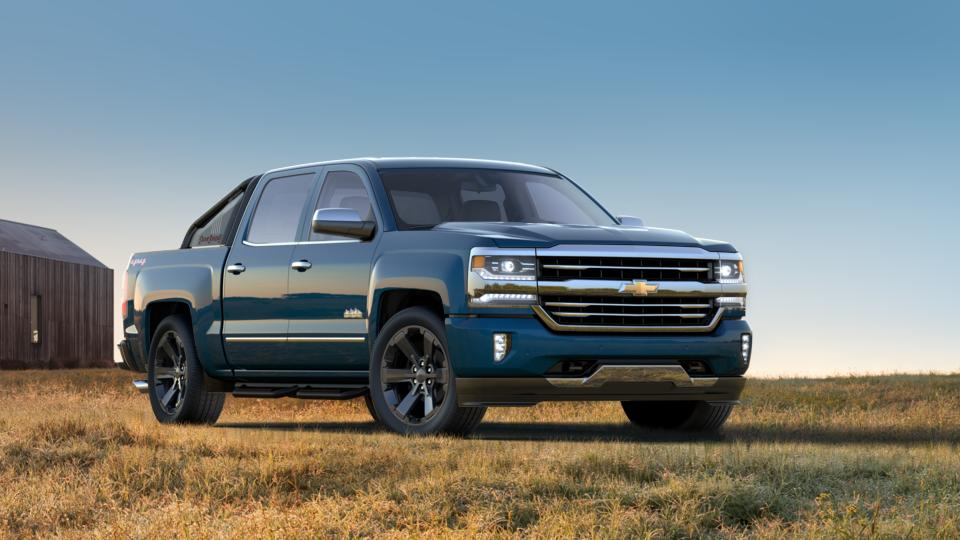 Silverado’s mechanical twin the GMC Sierra has slightly higher starting price, but doesn’t offer that many differences apart from somewhat more upscale interior. Crew Cab, short box, 5.3L V8 – they’re all there in Denali package. Fully stacked Sierra 1500 Denali will cost you around $69,000 without the accessories.

The Power Wagon isn’t the only RAM 2500 HD pickup on this select company of exquisite trucks list. Laramie Longhorn starts with slightly higher initial sticker and non-mandatory 4WD. Unlike the Power Wagon, you can also order it with different bed lengths and cab configs. Tick all the boxes, and it’ll cost $10,000 more than the fully decked power Wagon. 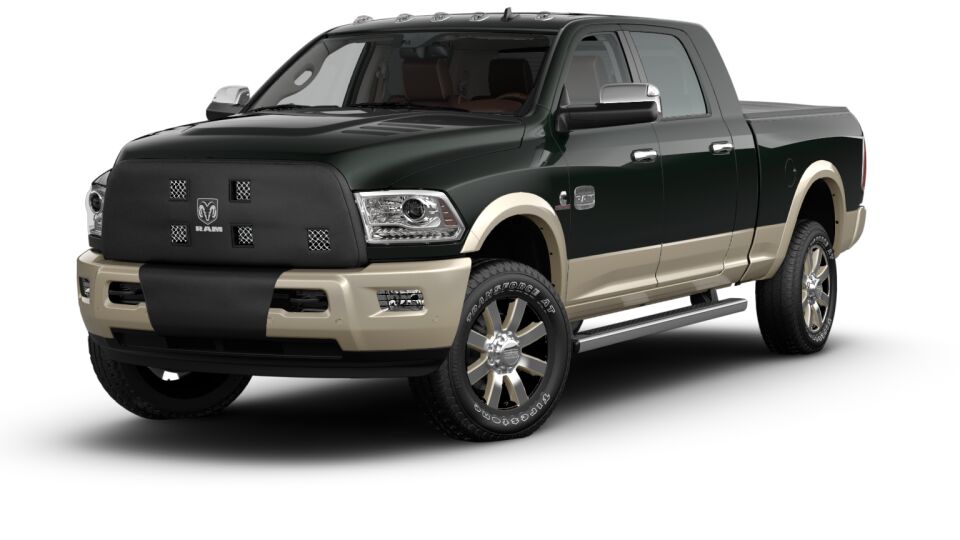 The Titan is Nissan‘s new half-ton truck, and Platinum Reserve is its most expensive iteration. $53,310 MSRP is only valid if you choose 2WD and none of the optional features. Adding 4WD offsets the price by $3,090, while all ticked option boxes warrant the sticker of around $62,000. 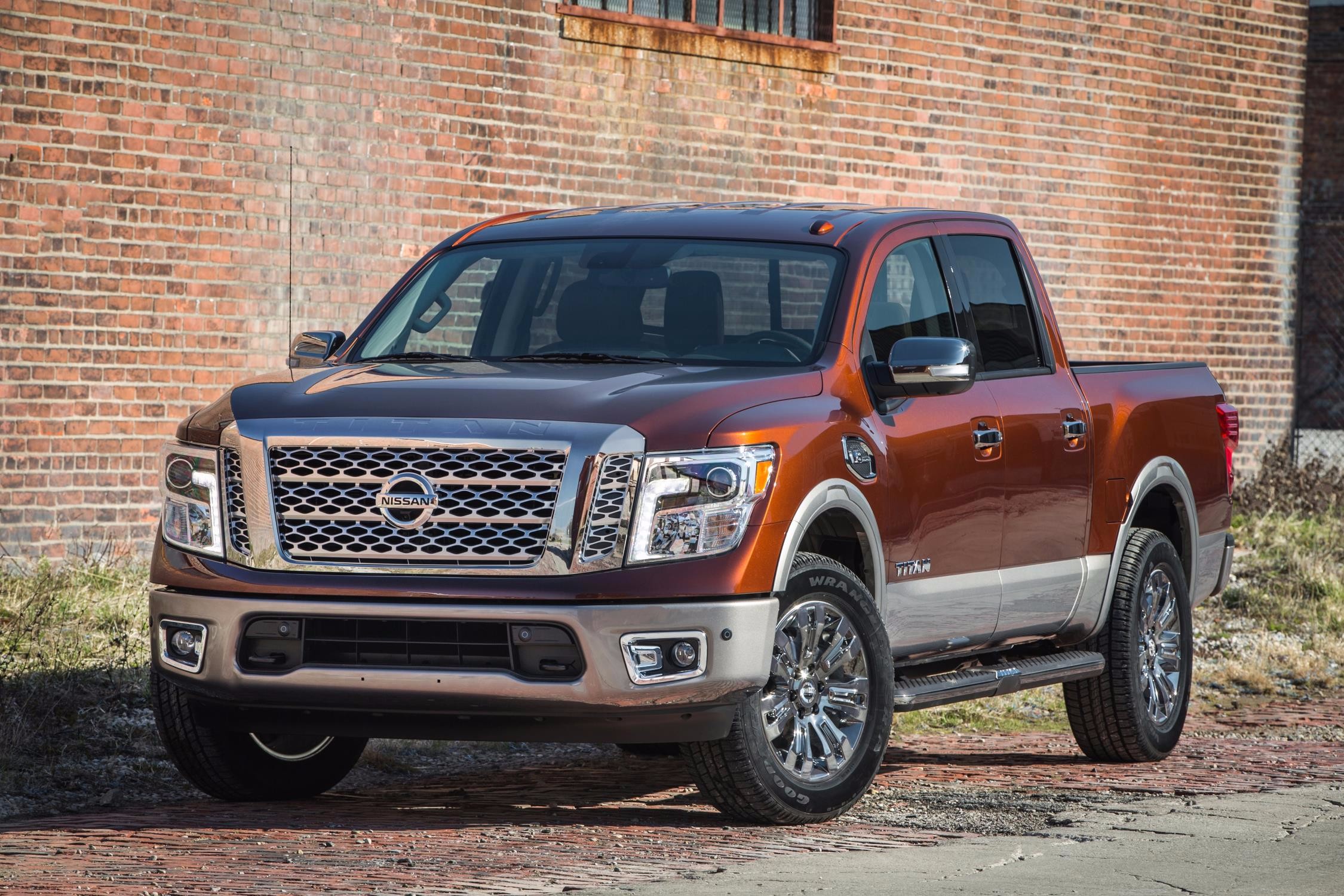 Only the most expensive Limited trim of the half-ton RAM 1500 qualifies for this list. It’s $10 more expensive than its Nissan counterpart, but can cost as much as $63,000 with the 4WD, 3.0L V6 EcoDiesel engine and all available options. Otherwise, there’s always the base package with 395-horsepower 5.7L Hemi V8. 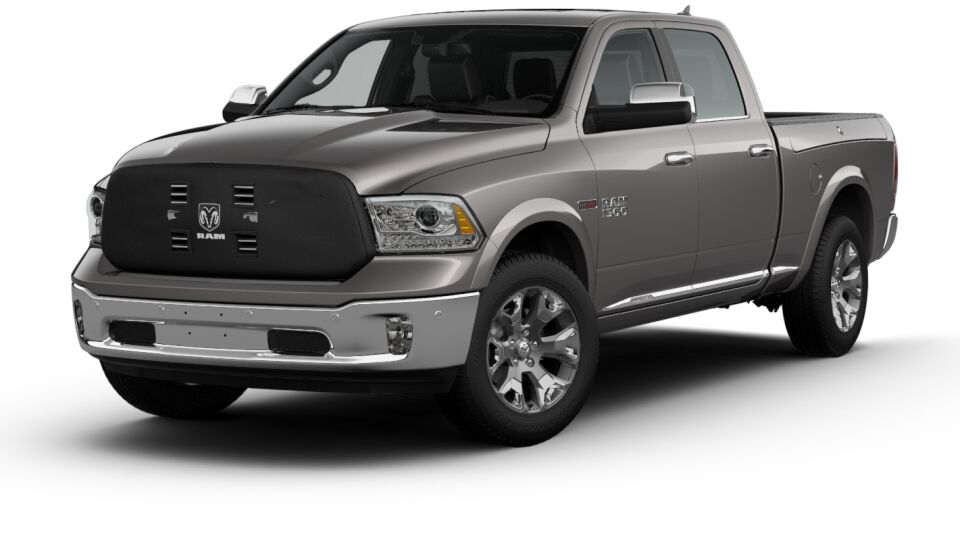 Platinum is another F-150 trim level more expensive than $50,000, and it’s not the top level yet. Not anymore, at least. Base options are largely similar to that of the King Ranch, and fully upgraded F-150 Platinum will cost you more or less the same as the King Ranch as well. 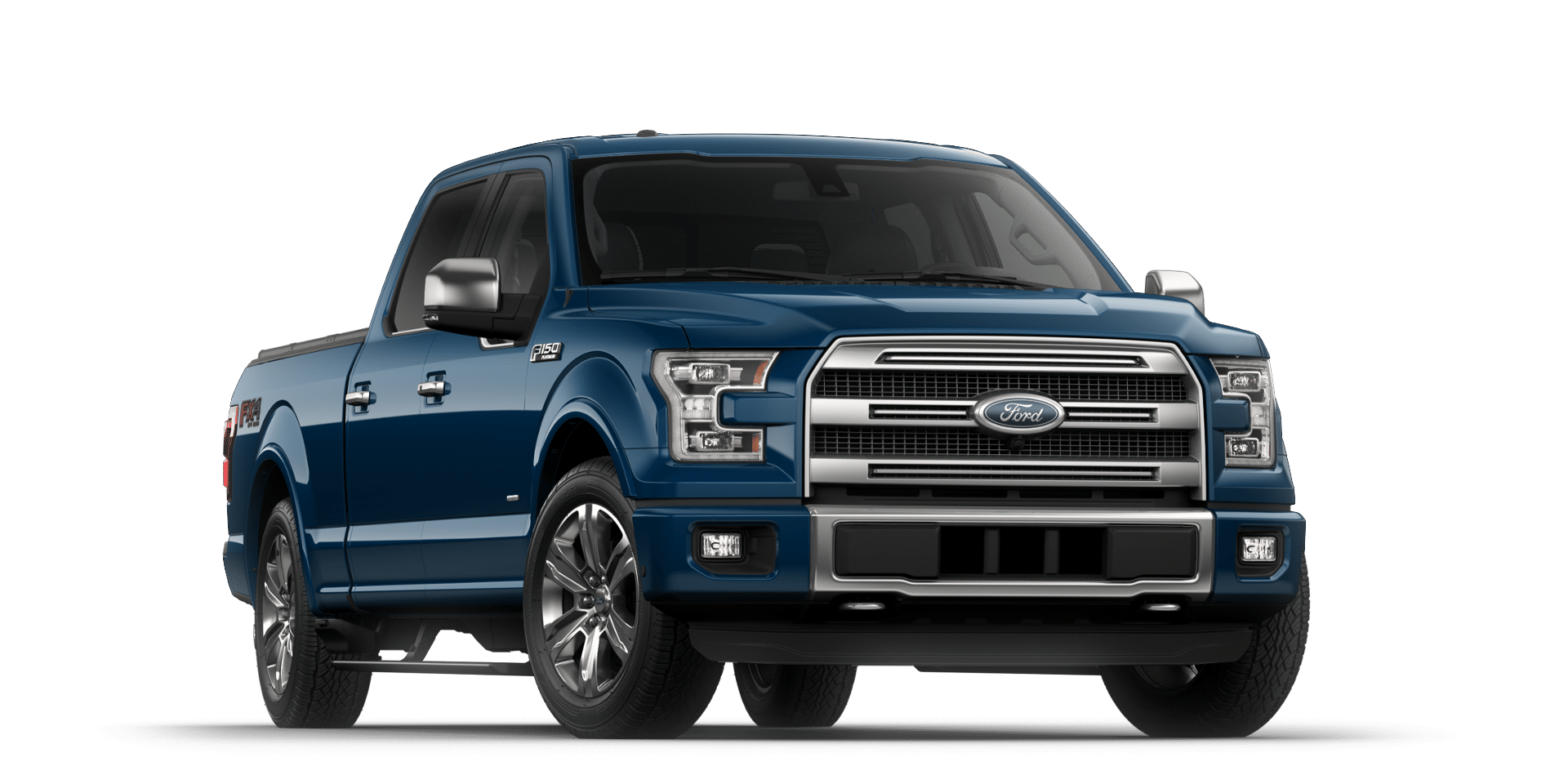 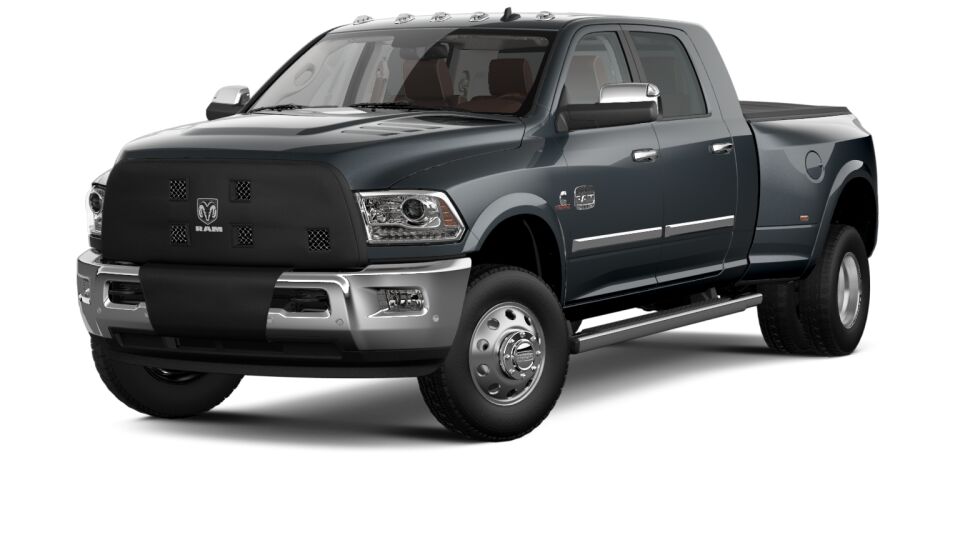 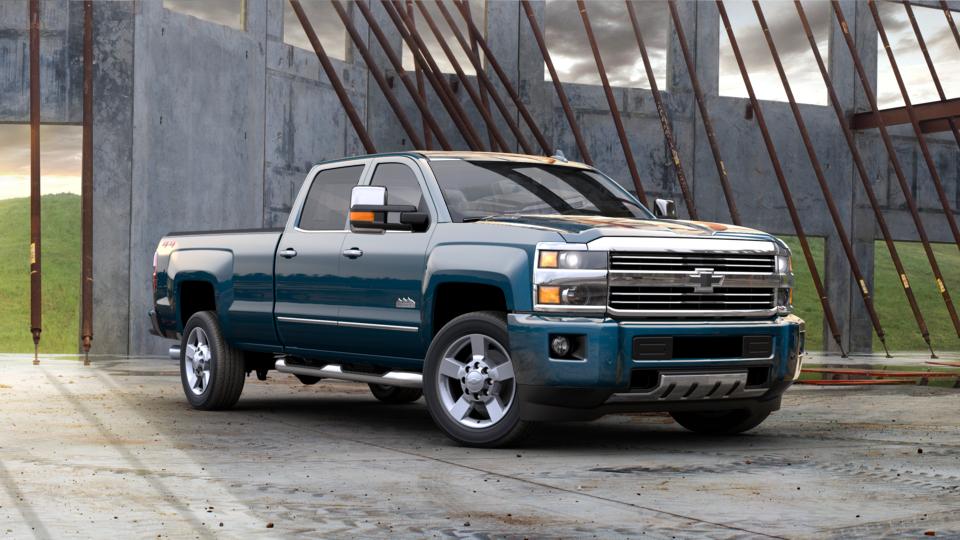 One-ton Silverado 3500 is initially just a tad bit more expensive than its three-quarter ton sibling 2500. Same goes for the end result as maxed out 3500 doesn’t cost that much more than fully optioned Silverado 2500. 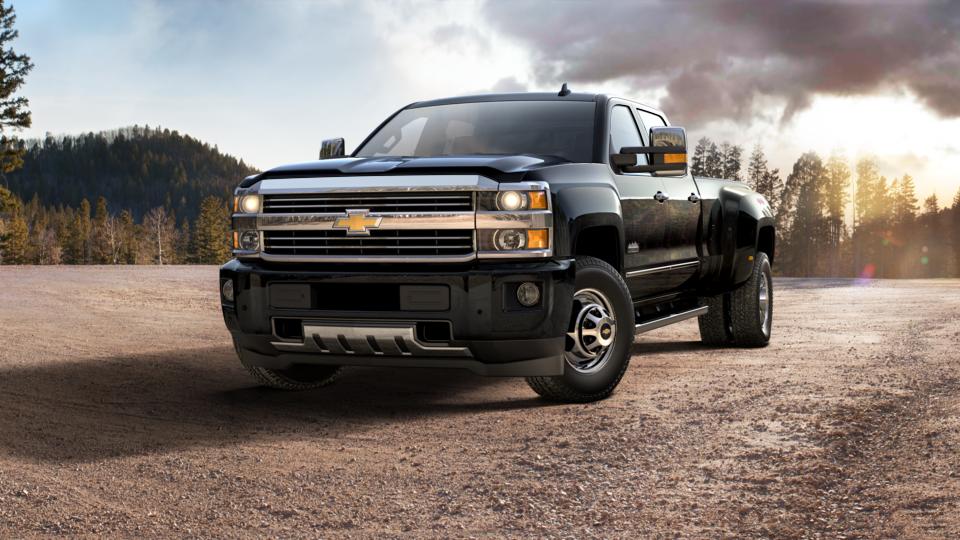 Unlike the half-ton Titan, Nissan Titan XD is a three-quarter ton heavy duty truck. Titan XD’s top tier is incidentally one of the most expensive trucks money can buy today. It has a 390-horsepower 5.6L V8 engine, but there’s always the optional 5.0L Cummins turbo diesel V8 for more torque and better towing rates. If you max it out, it’ll cost you around $68,000. 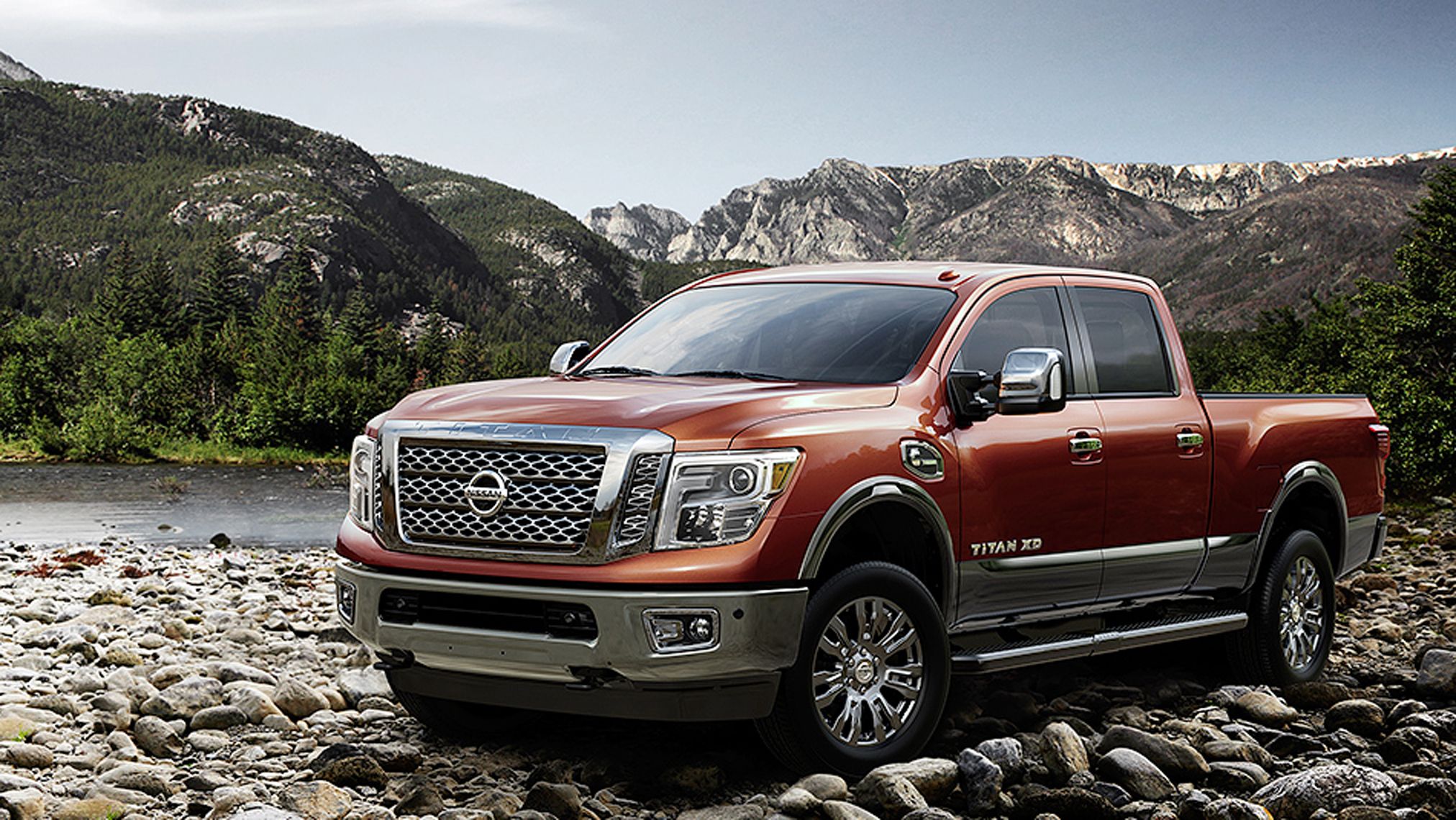 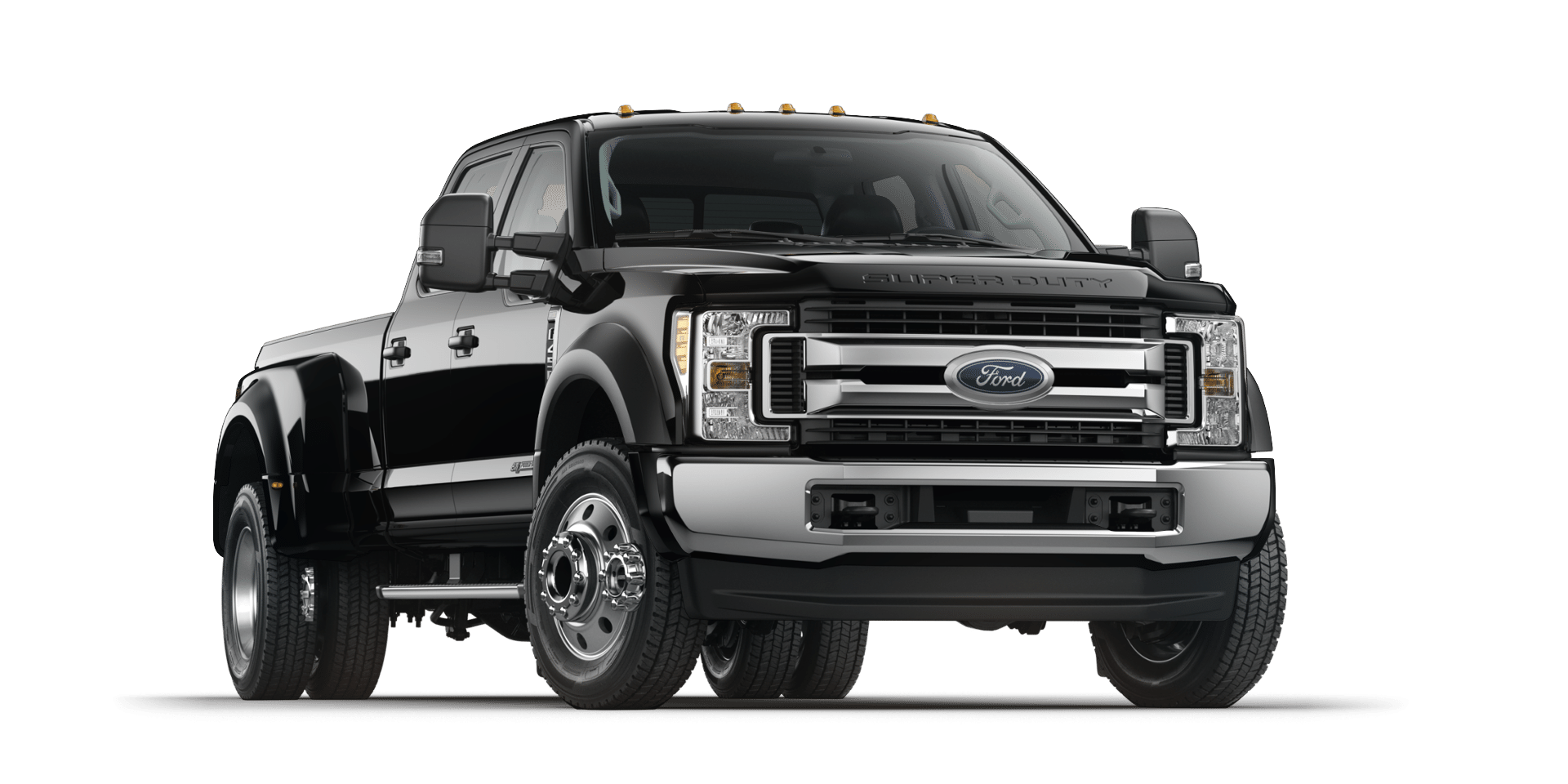 Ford F-250 King Ranch doesn’t have to come with mandatory 8-foot bed and diesel engine, but if you decide to include them, and other options like the chrome appearance package, tow technology package, and various exterior and interior upgrades, it’ll easily cost you as much as $79,000. 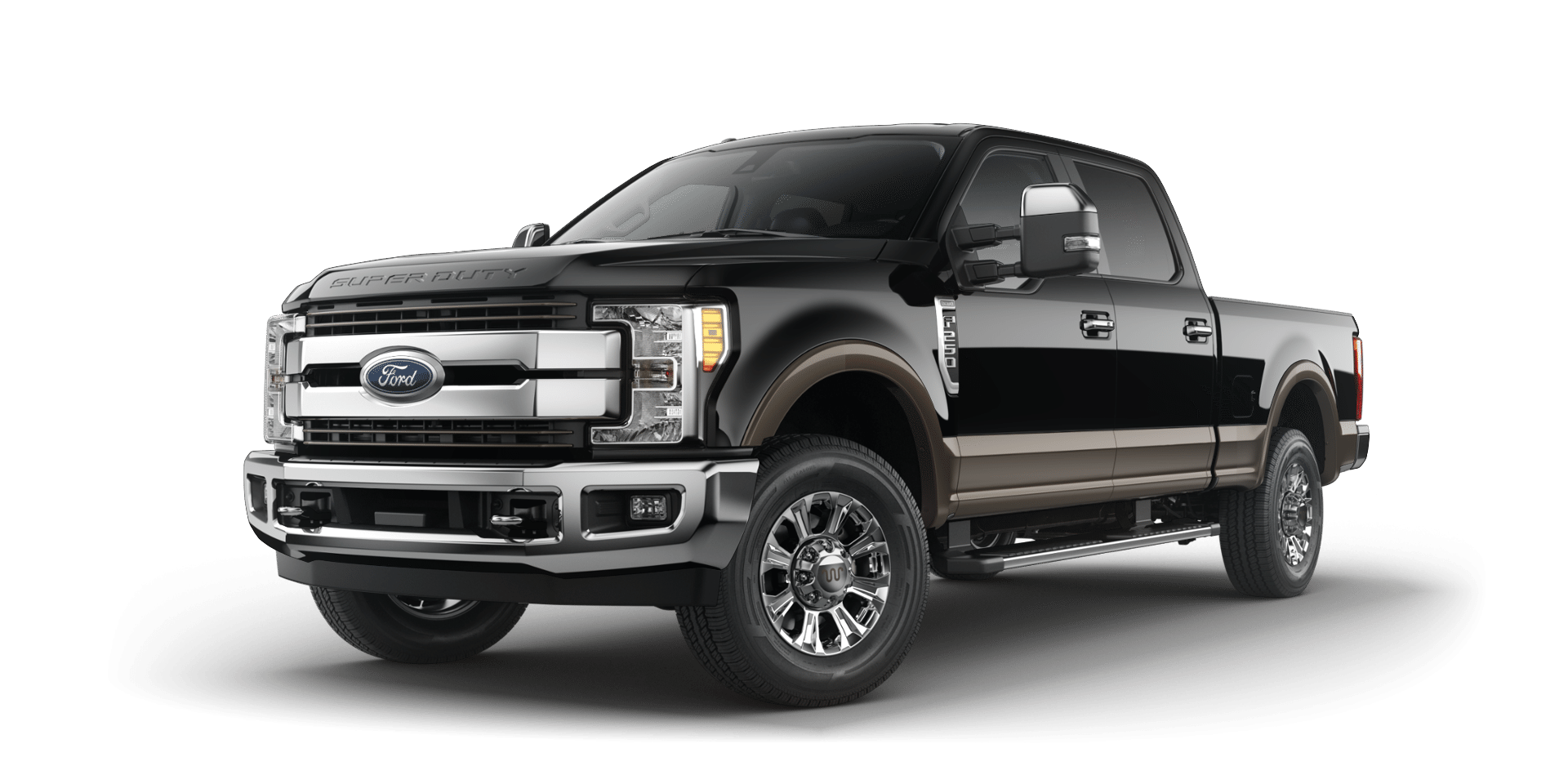 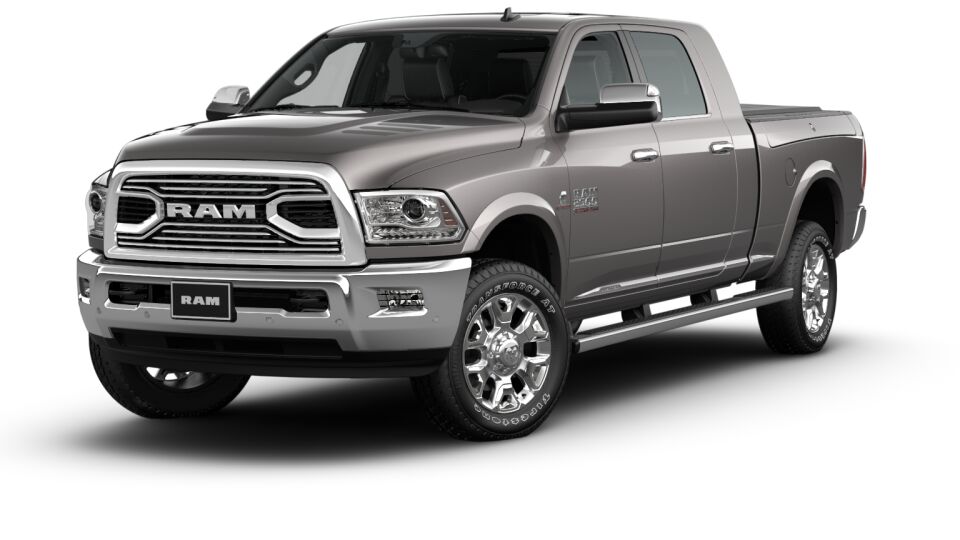 As it is the case with every GMC model, so it is the case with one-ton Sierra 3500. Denali is its top trim level, and it’s more or less the second most luxurious thing from the GM after Cadillac. It isn’t all that expensive of a truck with the basic Vortec 6.0L V8 and 2WD, but Duramax 6.6L diesel V8 and 4WD bump the sticker by approximately $12,000. Max it out and it’ll cost you around $74,000. 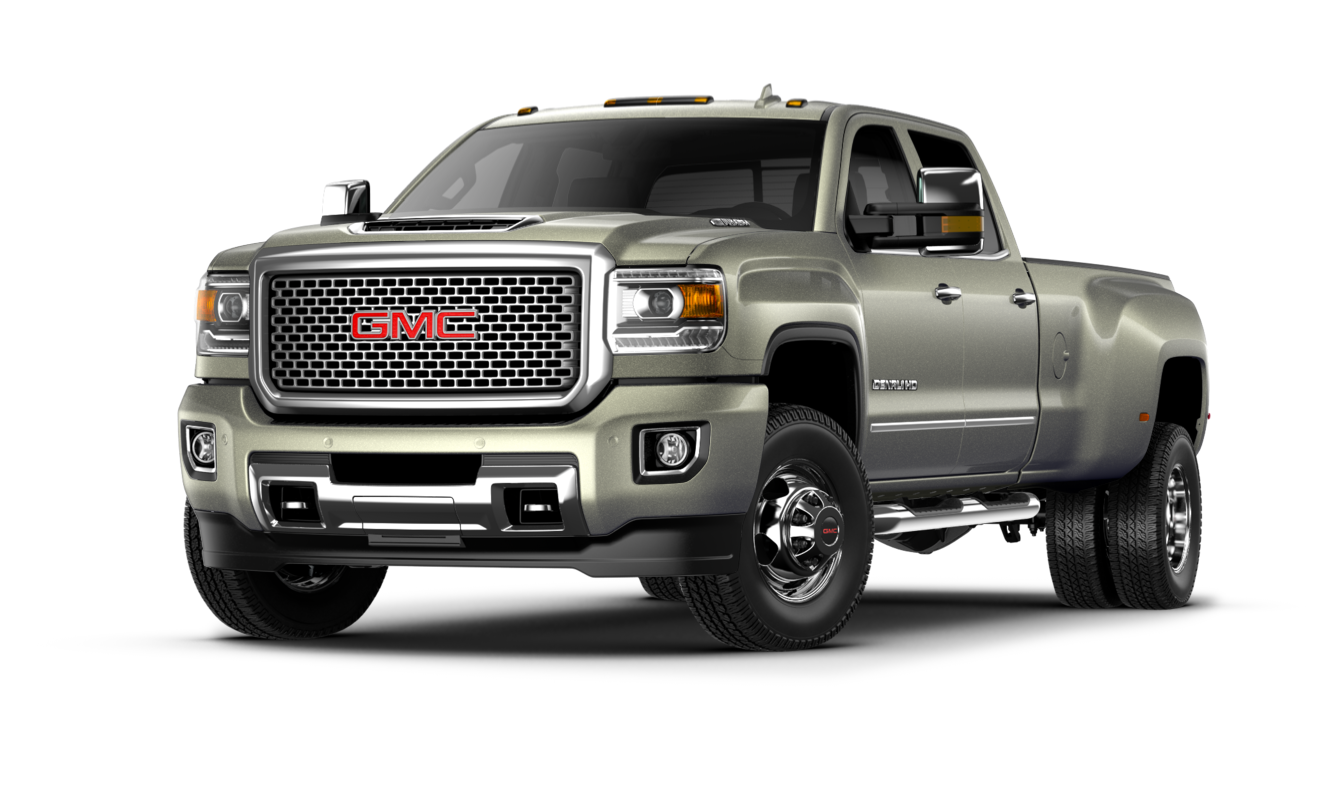 Interesting enough, Sierra 2500 Denali costs more than its bigger 3500 counterpart. But only by $15, so you can treat yourself to deliciously overpriced cup of Equator Coffee for instance. Just like the stock Sierra 2500 Denali, maxed out model costs more or less the same as the 3500 Denali.

The most expensive stock Limited tier RAM truck is the 3500. Fitted with 4WD, Cummins diesel engine, auto level rear air suspension, dual rear wheels, and power sunroof among other things, it costs as much as $77,000. That price can rise even further by adding some of plethora of available accessories. 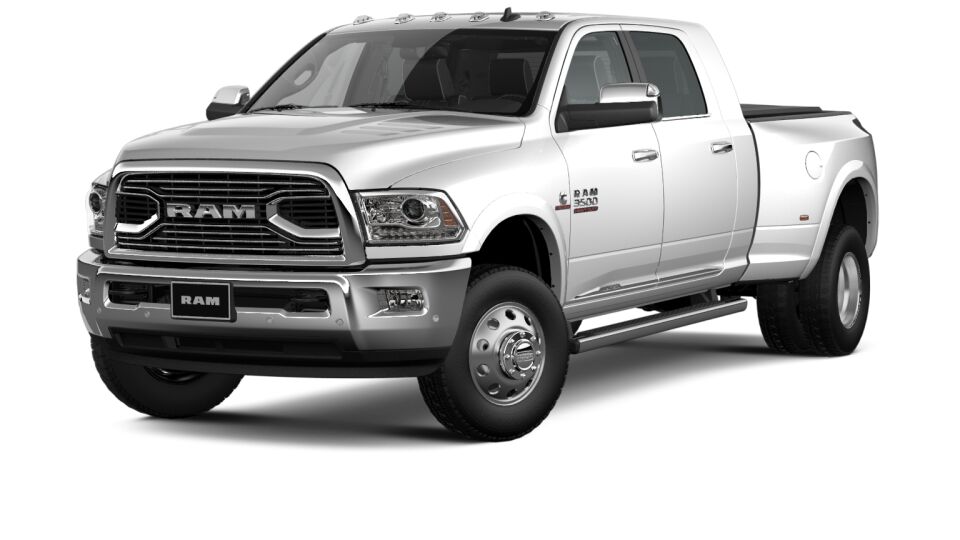 Power Wagon Laramie is the most expensive three-quarter ton RAM money can buy. At least initially. When fully loaded, it will cost as much as $62,000. That’s still far off of the Limited trim models which start cheaper, but ends up being much more expensive as we’ve clearly seen. Diesel engine which is unavailable with the Power Wagon trim plays a major role in this price discrepancy between the two RAMs. 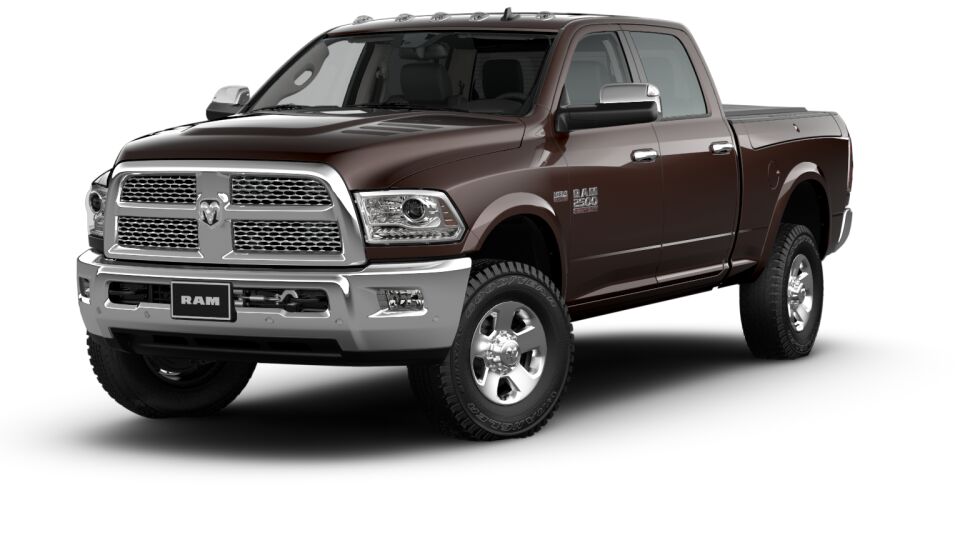 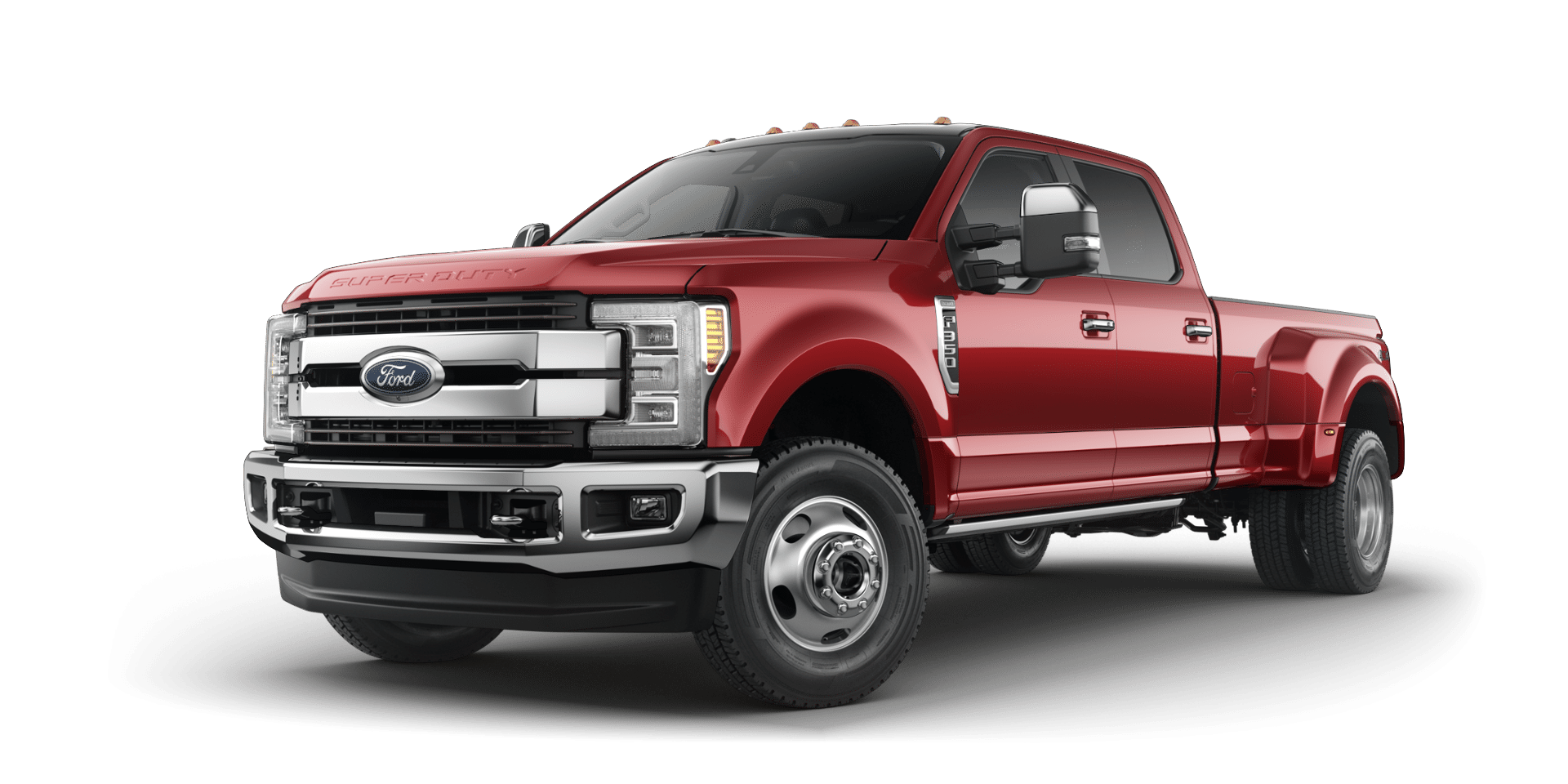 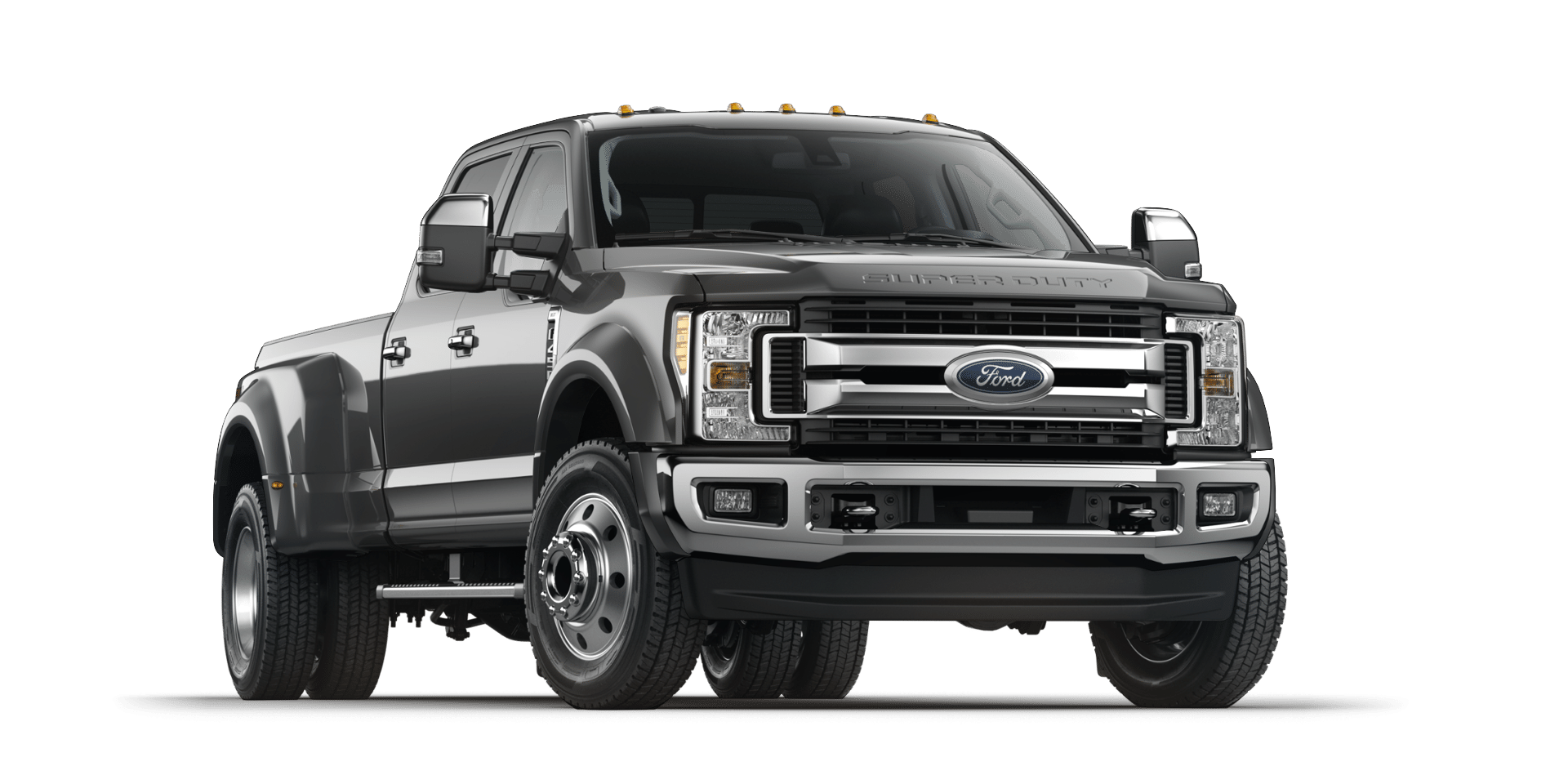 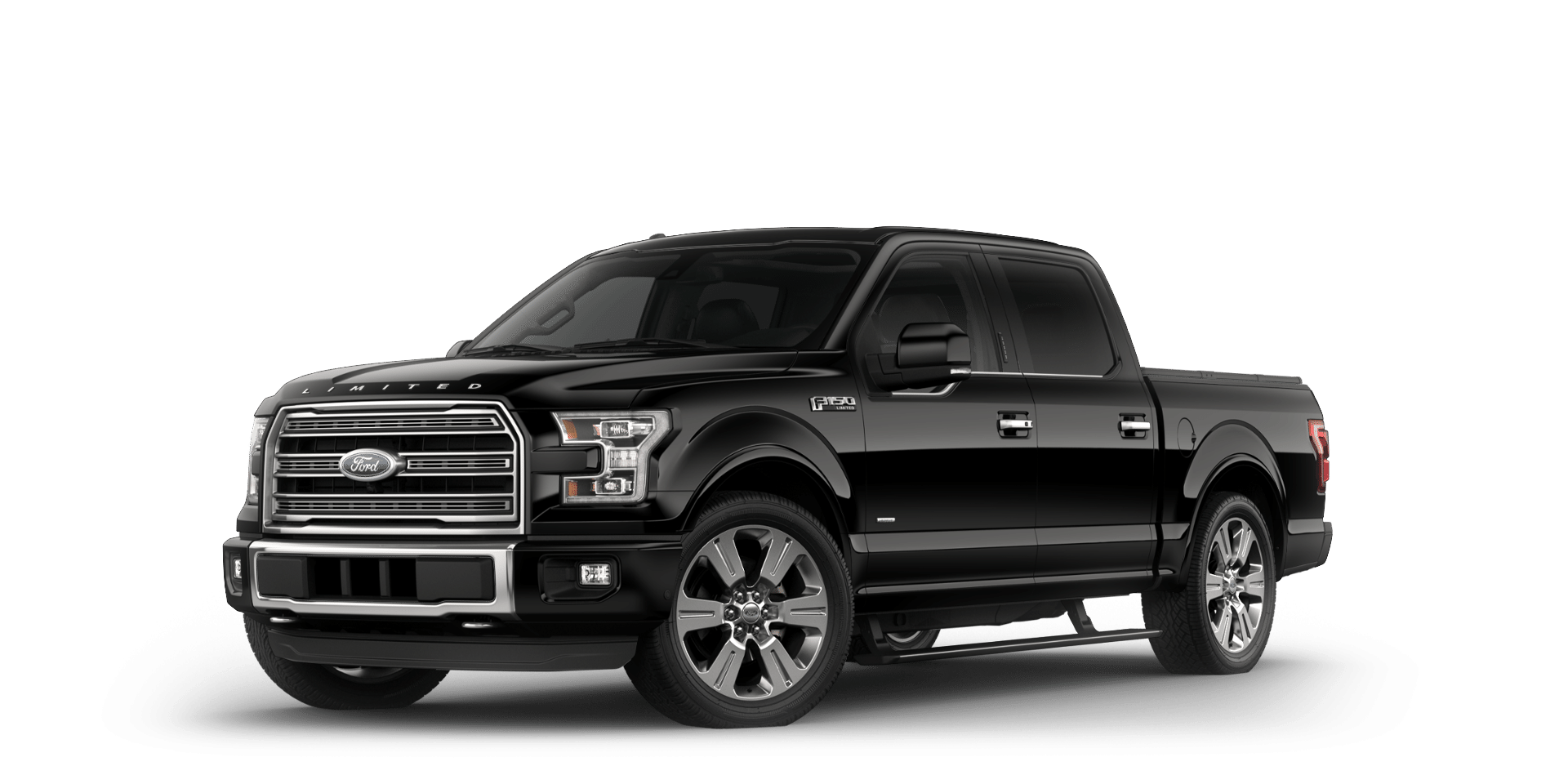 Since Super Duty lineup doesn’t feature the Limited trim (yet), F-350’s top tier is Platinum. Since the diesel option is there, F-350 Platinum can cost as much as $82,500 if you can’t control yourself with the options list. 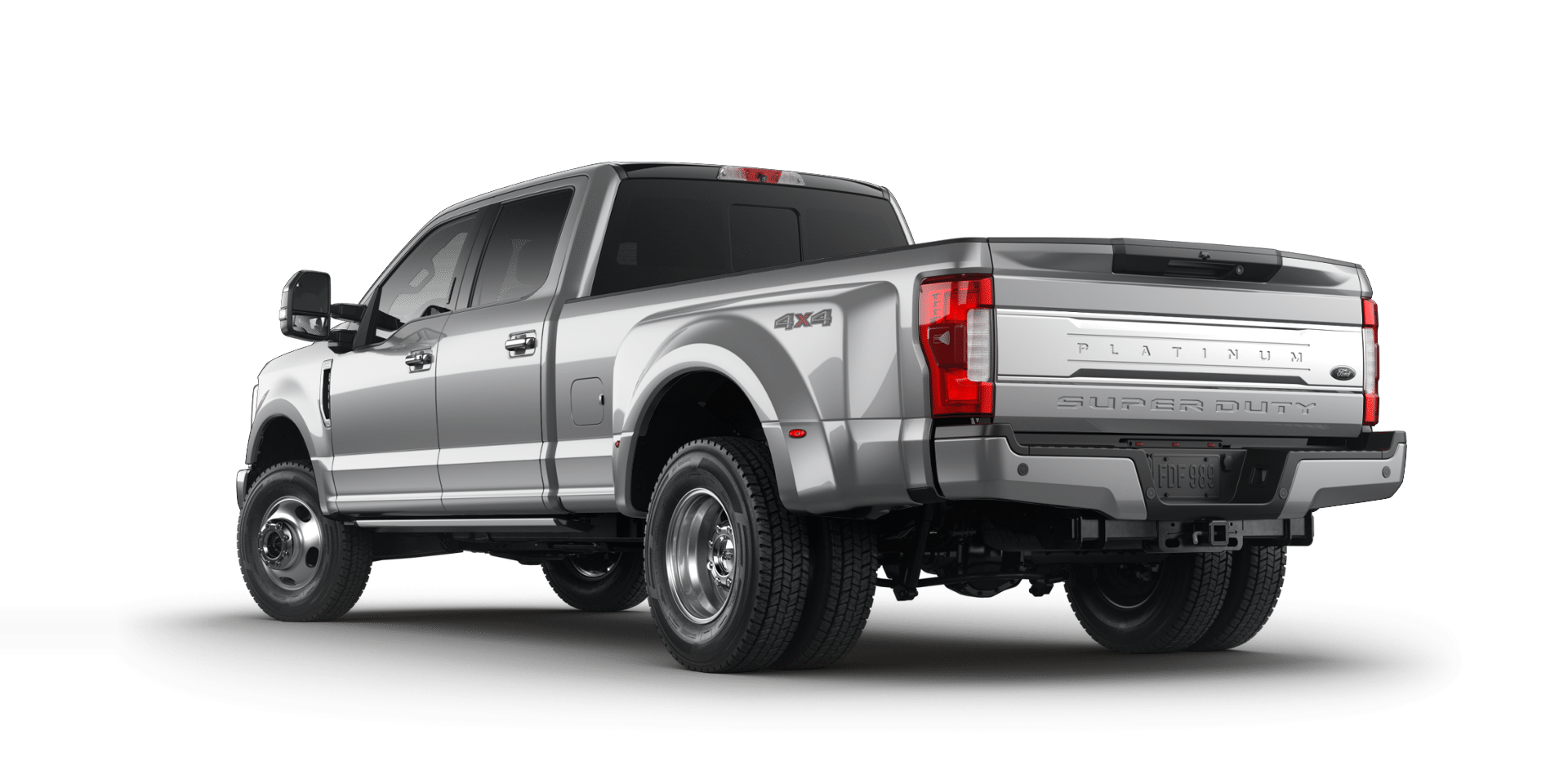 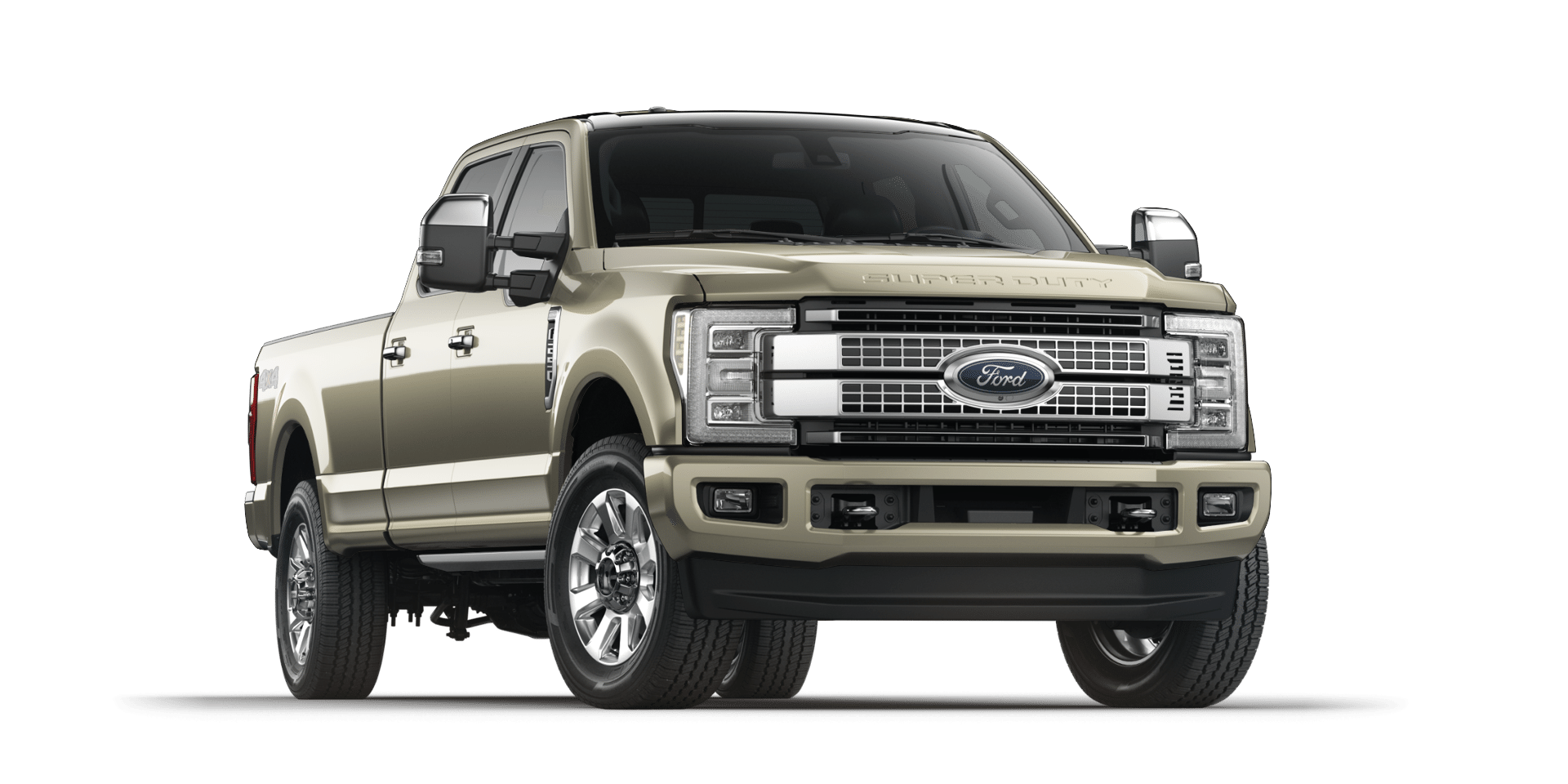 This list of most expensive trucks is slowly but steadily coming to an end. F-450 Lariat Super Duty is more expensive than any other non F-450 model, and its two spots away from top of the line. With all of F-450 mandatory stuff, Lariat Ultimate Package, Tow Technology Package, quad-beam LED lamps, and other features, it costs as much as $81,000. 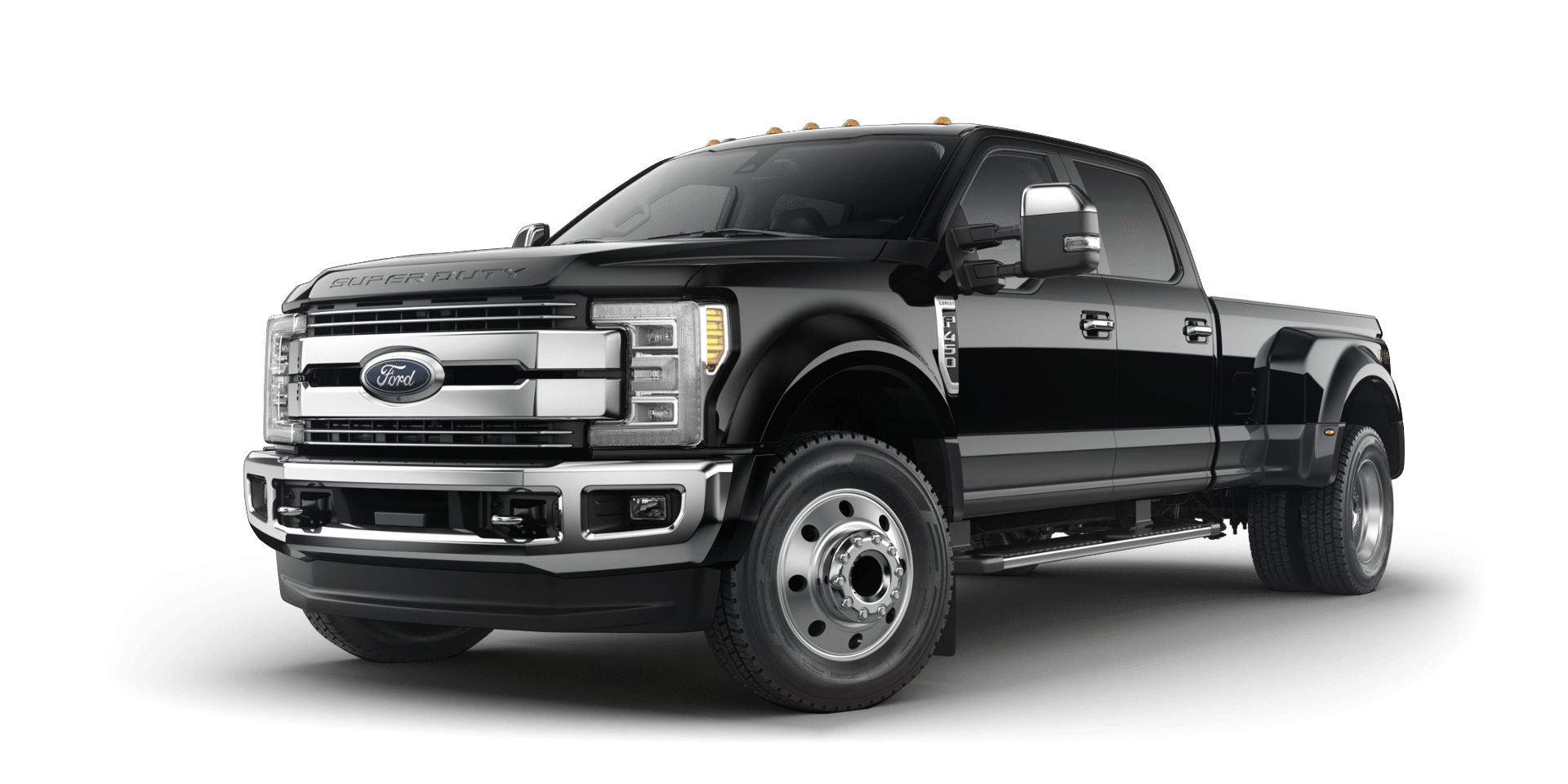 F-450 King Ranch starts off as an expensive affair, and it becomes even more so with additional features. Include all non-niche options and its final sticker ends up in a $85,000 region. 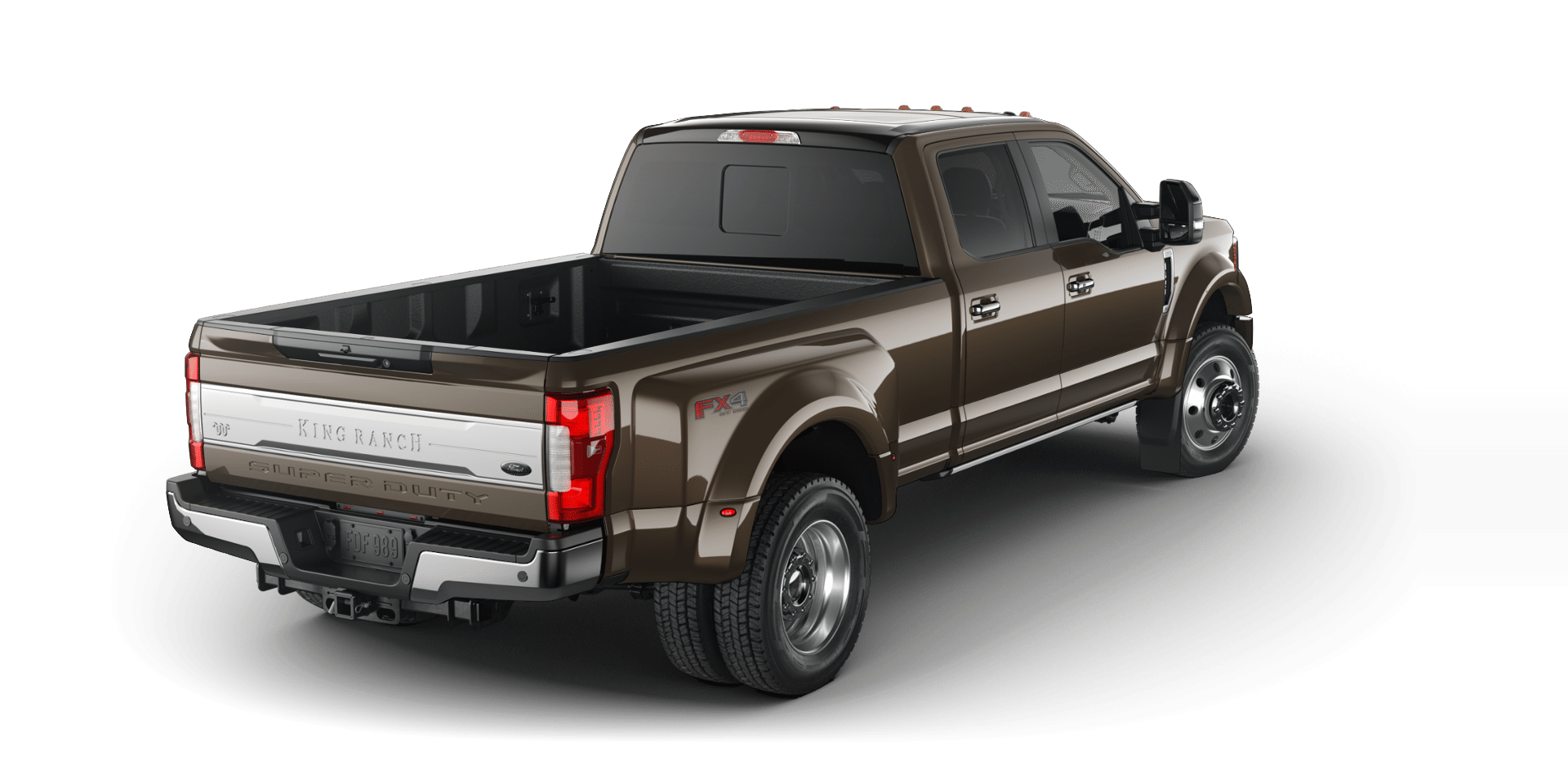 Finally, the most expensive truck there currently is (at least initially), is the Ford F-450 Super Duty Platinum. As if it wasn’t expensive enough, few remaining upgrades make it even more so. Fully loaded (excluding niche stuff like the hitch and gooseneck prep package, and snow plow package), F-450 Platinum costs a whopping $86,000. 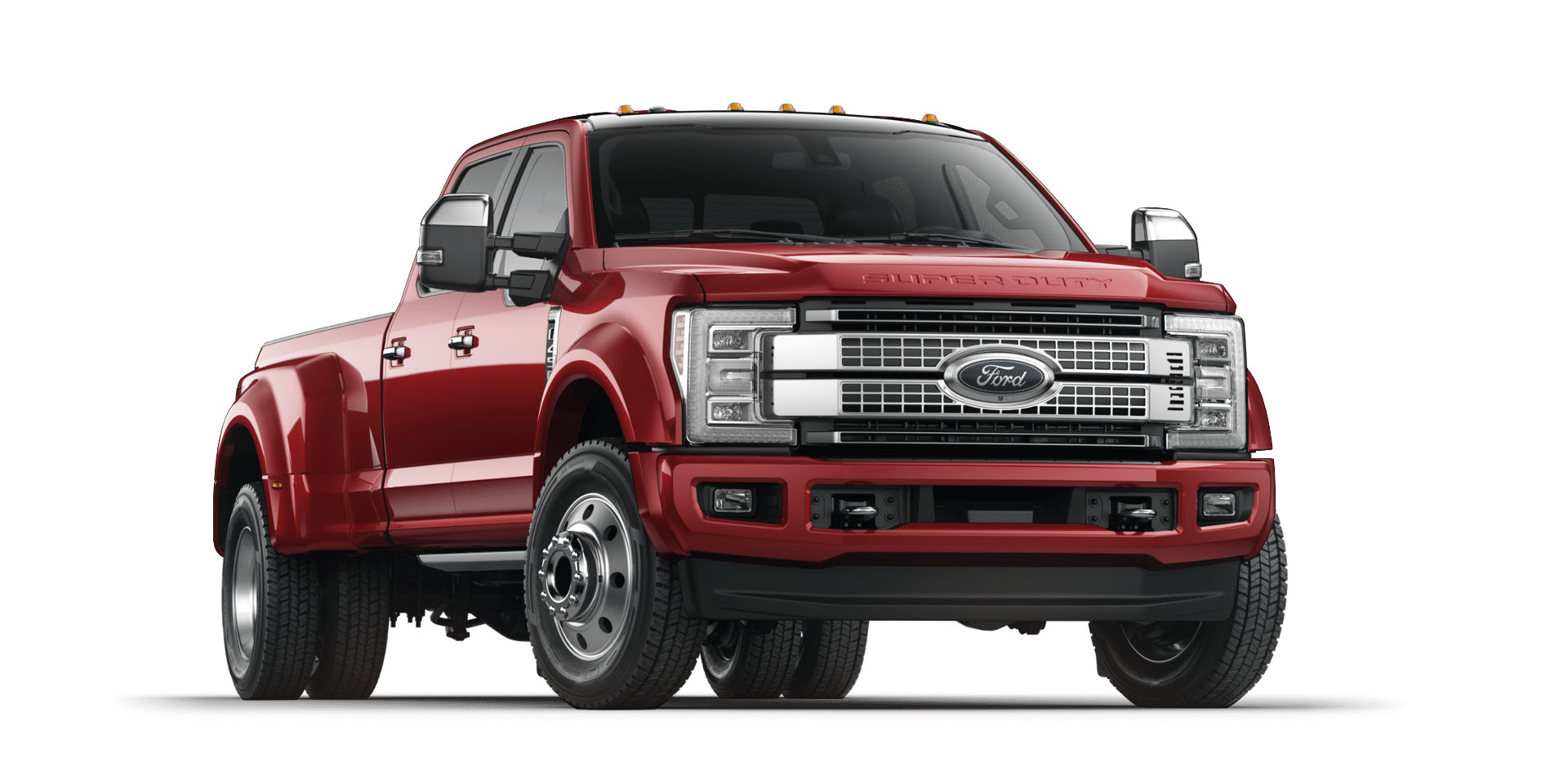