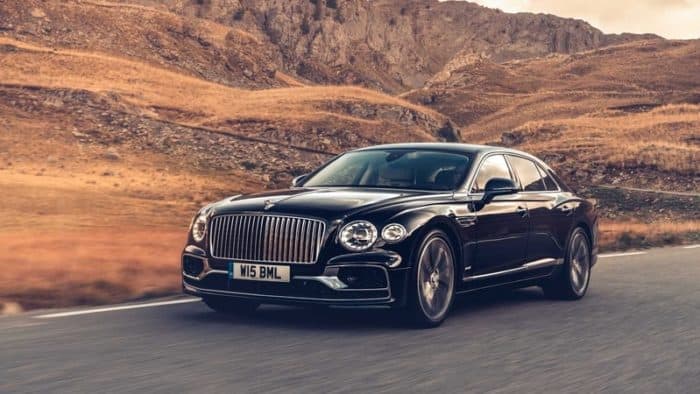 The ultra-luxury British automaker is evidently having some difficulties seeing as sales simply never picked up the way they expected them to. The Volkswagen division marketed 11,023 units worldwide during 2016 and barely better 11,089 models during 2017. This short-turn success was again offset in 2018 when the company managed to sell only 10,494 cars.

Given the above figures, the ultra-luxury VW brand will  have to rely on 2019 and 2020 in order to make that desired step forward since 2018 has obviously been a disappointment.

The Brits won’t be bringing any new models to the lineup come MY 2020’s time. With the Bentayga filling the vacant crossover SUV spot a few short years ago, there’s very little space for maneuvering on their part anyway. They will be updating some of their models, however, and even introducing a new trim or two where possible.

The most important of these changes will be the new plug-in hybrid powertrains for the Continental GT and Bentayga – at least initially. Later on, the inevitable electrification process might migrate to the remainder of the Bentley range. We’ll know more as time progresses. For now, here’s what to pay attention to when it comes to the 2020 Bentley vehicles.

What’s Hot in the 2020 Bentley Lineup

The third-generation Continental GT, which debuted for MY 2019, aims to help the British brand achieve the aforementioned leap forward. The Conti itself might not be sufficient for that, but a few additional models within the grand tourer’s range would definitely help. After all, when the brand’s selling around 2,500 models a year overall (in the U.S.), every single unit counts.

The new Bentley Continental initially arrived exclusively as a 2-door 2+2-seat coupe, but now that model year 2020 is upon us, so is the drop-top version which was sorely missed last year. Also new for 2020 is the entry-level V8 engine, but more on that further below.

Compared to the second-generation Continentals, the new models are more athletic thanks to weight savings achieved by using a revised platform and aluminum instead of steel. In total, the new Conti has shed some 170 pounds compared to its predecessor despite gaining almost 2 inches in overall length and 4.1 inches in wheelbase. They’re also lower and wider, but very much like their predecessors when it comes to overall styling.

At the time of its introduction, the third-generation Continental GT was exclusively offered with a revised 6.0L twin-turbo W12 mill that’s now capable of developing 626 ponies and 664 pound-feet of twist – an increase of 44 hp and 133 lb-ft over the previous generation respectively. All that power is routed to all four corners via the Conti’s first eight-speed dual-clutch transmission.

The 2020 Bentley Continental GT now provides more in terms of customization. For starters, there’s a 4.0L twin-turbo V8 mill that’s capable of putting up 542 horsepower and 568 lb-ft of torque. It’s capable of propelling the GT coupe to 60 mph in around 3.6 seconds – only 0.3 seconds slower than the robust W12 – and to the top speed of 207 mph. Convertibles, on the other hand, are some additional 0.2 seconds slower due to their weight increase of 350 pounds.

Furthermore, much like the Bentley Bentayga plug-in hybrid introduced at the 2018 Geneva motor show, the forthcoming Continental GT hybrid will sport a 3.0L turbocharged V6 mill coupled with an electric motor. Although neither their total output nor fuel economy have been revealed to date, the hybrid Bentleys are reportedly good enough for 31 miles of all-electric range according to the European NEDC cycle. They also require up to 7.5 hours of charging time via a conventional wall charger or 2.5 hours via an optional faster charger. 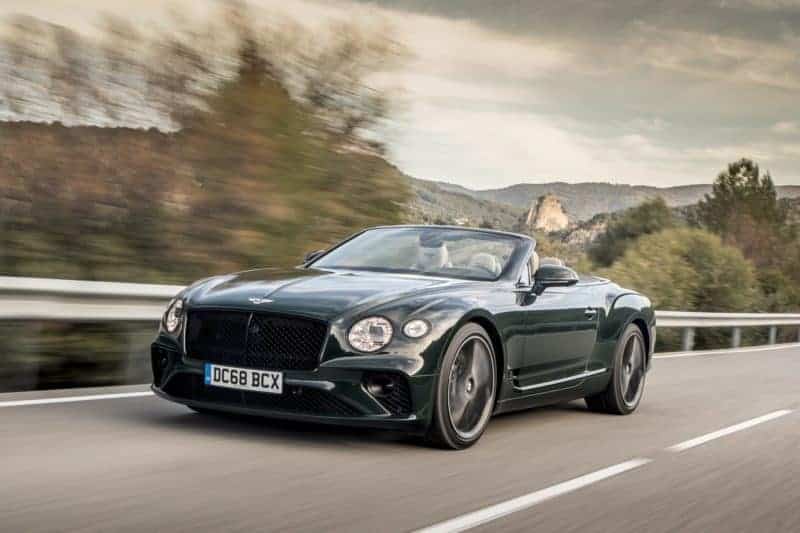 The luxury mid-size crossover SUV is the Volkswagen division’s best-selling nameplate by far. After all, that was the main reason behind its introduction. Available since MY 2016, the Bentayga was touted the fastest SUV in the world for a while, and still is among the forerunners for that coveted spot. By the time 2020 arrives, it’ll have become even faster thanks to the introduction of the Bentayga Speed. Not only is it fast, but thanks to Bentley Dynamic Ride System, the SUV is almost equally versatile and comfortable on both the pavement and rougher surfaces.

Moreover, Bentley’s bread and butter vehicle will also receive a hybrid powertrain for further versatility. Will a styling change be incorporated as well? Unfortunately, it’s still too early to tell. Regardless, the Bentayga is, and will remain a crossover SUV with one of the most refined and tech-savvy interiors.

With prices ranging from around $170,000 and going to well over $250,000 (prior to extra options), the luxury crossover is also one of the most expensive offerings out there. Despite coming with a wide range of standard features, there’s still a way to push that price tag higher via options.

The entry-level Bentaygas sport a 4.0L twin-turbo V8 engine capable of making 542 horsepower and 568 pound-feet of torque. Despite being less powerful than the W12 models, units fitted with a V8 are still more lively around corners due to their lower overall weight. The mentioned W12 mill has 6.0L in displacement and dual turbochargers for as much as 600 horsepower and 660 pound-feet of twist.

However, that’s not all as the W12 powerplant has another ace up its sleeve. In the performance Bentayga Speed tune, the engine gets another 26 ponies (torque remains unchanged), propelling the fastest SUV in the world to even greater heights.

The U.S. Bentayga lineup will be completed by the British automaker’s very first plug-in hybrid models which combine a twin-turbo 3.0L V6 engine with an electric motor. As mentioned above, more info about the Bentayga hybrid will follow soon but we can expect close to 450 ponies and north of 515 lb-ft of rotational force combined. 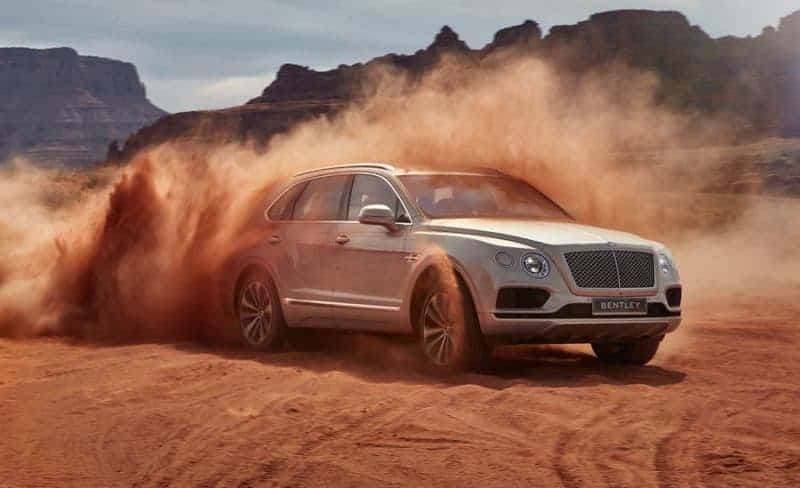 The Flying Spur is basically a 4-door version of the Continental coupe which has been largely neglected. Until now, that is. The 2020 Flying Spur finally gets a much-needed redesign – right on cue after its 2-door role model went through the same a year before. Needless to say, the new Flying Spur follows the same recipe as its coupe sibling by offering a more athletic body on a revised MSB platform, but otherwise very similar overall design.

Being slightly larger than the coupe, the 4-door sedan is also a tad heavier and slower but offsets these shortcomings with additional room for its occupants. Prices have been increased compared to those of the outgoing models hence the 2020 Spur starts from around $220,000 and works its way up toward the $300,000 mark and beyond if given the opportunity.

Naturally, the Conti and Spur also share their powertrains which means the sedan version of the GT comes in two initial tunes. Regular units are powered by a 6.0L twin-turbo W12 mills with 626 horses and 664 pound-feet of rotational force. Paired with an 8-speed dual-clutch automatic gearbox and mandatory all-wheel drive, they reciprocate the V8-powered Continental’s acceleration.

An optional 4.0L twin-turbo V8 engine for more affordable units is also in the work, but it’s unclear whether it’ll make it in time for MY 2020. Finally, the Flying Spur should receive the previously mentioned hybrid system too, but again, it’s unclear when.

Further down the line, the British should differentiate the Flying Spur’s range with a more performance-oriented tune for the largest of its engines, but these models almost certainly won’t be ready before 2021. 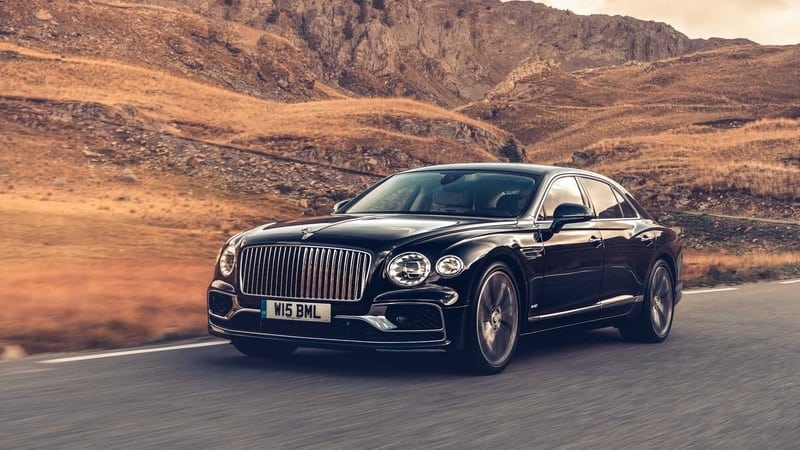 What’s Not in the 2020 Bentley Lineup

After the remainder of the Bentley range was updated for MY 2020, the full-size Mulsanne instantly became the oldest running car in their lineup. Being the most lavish and most expensive of all Bentley models, the luxury sedan is also their slowest seller with fewer than 600 deliveries across the globe in 2017 and fewer than 550 in 2018.

Needless to say, the VW marque has some breathing room thanks to that fact but the new Mulsanne is still on the way. Thing is, it won’t arrive in time for MY 2020. The next-generation of their most luxurious car could come as early as during 2021 with an all-electric powertrain to boot.

Although nothing has been officially confirmed as of yet, the new car is definitely intriguing and sure to be exciting. That, however, can’t be said about the current models which haven’t been properly updated since MY 2011. And since the 2020 Mulsanne didn’t receive any substantial refreshments either, it’s clear why it ends up in the cold section of our hot/cold scale.

The current-generation of Bentley’s largest car is exclusively available with a powerful 6.75L twin-turbocharged V8 engine shared with many Rolls Royce models. It’s good enough for either 505 horsepower and 752 lb-ft of twist in regular or 530 ponies and 811 lb-ft in Mulsanne Speed configuration.

Regardless of a model of choice, every single Mulsanne comes with an 8-speed ZF automatic and traditional rear-wheel drive. This won’t change prior to the next generation’s introduction, so Bentley’s full-size sedan carries over into 2020 with the same setup. Even if the second-gen models eventually go electric, the venerable L Series 8-cylinder will probably remain a part of their story for considerable time.

This takes care of the entire Bentley range offered in the U.S. at the moment. You’ve been informed about what to expect from the Bentley models in 2020 and if you’re one of the lucky few with means to snag one, do act accordingly. 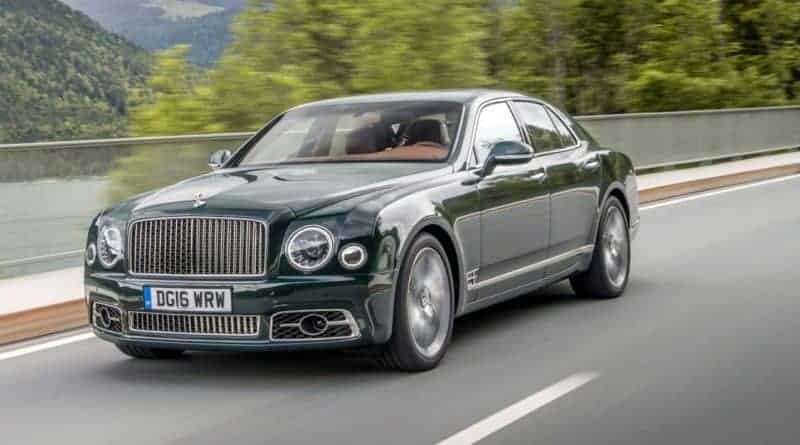