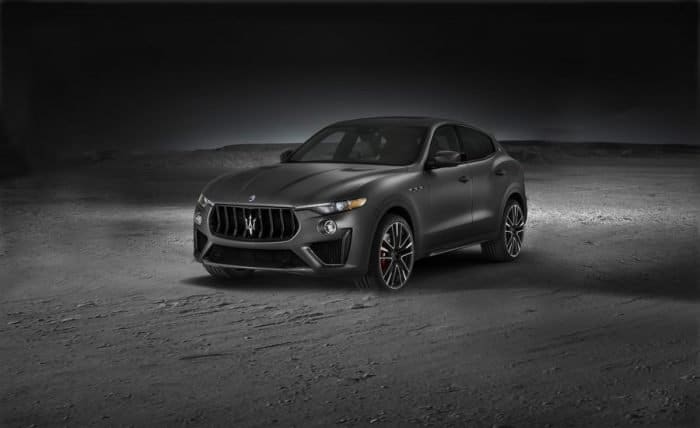 The luxury Italian automaker which still had one or two ties to the great Alejandro de Tomaso at the beginning of the millennium is now entirely owned by its arch-rival Ferrari (which in turn is owned by Fiat). Much like during the olden days, the modern-day Maserati also emphasizes on luxury, performance, and timeless Italian design. Unlike the pre-Fiat-owned Maserati, the modern-day company is actually enjoying a string of successful years and ever-increasing sales figures. The company has managed to put 46,239 vehicles to market on a global level which is more than a 25 percent increase compared to 2016 when they sold 36,829 cars. U.S. sales have recorded a slower, but still considerable increase from 12,534 units in 2016 to 13,711 models in 2017. The driving force behind this considerable growth was the Levante SUV whose 2016 sales of 8,476 units worldwide (partial year) soared to 22,189 units the following year. But, what about the 2019 Maserati models?

The upcoming Maserati lineup for MY 2019 will not be expanded by any freshly introduced models. Their second crossover won’t be ready before 2020 at the earliest. On the other hand, no one said anything about the high-performance editions which could spark things up during MY 2019. Especially when it comes to the new Levante, which is getting no fewer than two new models. Aside from the Levante, which was introduced in late 2016, the rest of the Maserati lineup originates from the early 2010s. Despite the fact most of the Maserati cars are built upon almost decade-old underpinnings, the level of pizzazz they exhibit is still as fresh as it was the day they were introduced to the market. If, by chance, you’re lucky enough to be able to afford one, here’s what to pay attention to when it comes to the Italian brand in 2019.

Speaking of Italians, you might also be interested in the more affordable corporate cousin’s 2019 Alfa Romeo lineup.

The gorgeous Maserati Levante is arguably the most handsome of all premium SUVs currently available, but that’s the least we could expect from the Italians. They’ve also blessed their best-selling vehicle in the U.S. with a correspondingly lovely interior riddled with premium leather and wood veneers. Finally, every Maserati Levante SUV is modestly equipped with both safety and convenience tech, but entry-level models still leave out a number of advanced systems. Considering they cost at least $76,000, that’s highly disappointing. The newest additions to the lineup – the $120,000 GTS and $170,000 Trofeo – don’t suffer from a lack of premium features. Fully stacked, they also offer a number of unique features like the GTS’s special 20, 21, 0r 22-inch wheels, or an optional Pieno Fiore leather upholstery, and the Trofeo’s one-off 22-inch rims or a 17-speaker Bowers & Wilkins sound system.

Unlike the 345-horsepower entry-level Maserati Levante and the 424-horsepower Levante S, which are both powered by a 3.0L twin-turbo V6 F160 mill, the range-topping Levante GTS and Trofeo boast a larger 3.8L twin-turbocharged V8 F156 powerplant fully assembled in Maranello. The Ferrari-sourced V8 helps the GTS on its way to 550 horsepower, whereas in the Trofeo’s case it cranks up as much as 590 ponies. The maximum torque output is the same in both instances and amounts to 538 pound-feet. The same engine also makes an appearance in the Maserati Quattroporte, but the Levante’s version is heavily revised. It gets a reworked head, valves, camshafts, pistons and connecting rods, and crankcase, among other things. Both models shift all the available power to all four wheels via an 8-speed ZF automatic transmission. They also get a standard limited-slip differential and torque vectoring which further enhances their abilities. While the Maserati Levante GTS is able to accelerate from 0 to 60 mph in 4 seconds flat, the beefier Trofeo does the same in 3.7 seconds. The latter also maxes out at 187 mph, making it a respectable opponent even to a number of supercars. 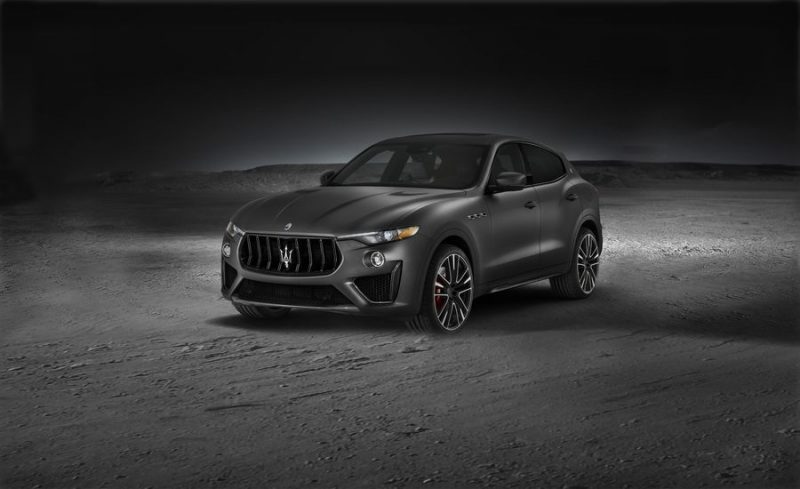 Not counting the above mentioned Levante, the four-door luxury sedan aptly named Quattroporte is the most practical Maserati currently available in the U.S. Introduced in 1963, the Quattroporte is also the oldest surviving Maserati nameplate, predating the Ghibli by four years. The current-generation Quattroporte traces its roots to 2012, but don’t let that fool you. The luxury four-door sedan is as lovely and refined as it was the day it was unveiled six or so years ago. The 2019 Maserati Quattroporte only continues where the outgoing model left off while adding an updated infotainment system which further bolsters an already tech-savvy cabin. Most of the advanced safety features like adaptive cruise control and automated emergency braking are optional, however, which is disappointing considering an entry-level Quattroporte costs as much as $107,500.

The 2019 Quattroporte offers a choice between two highly potent powerplants. The less powerful of the two cranks up 424 horsepower and requires either 4.8 or 5 seconds to accelerate to 60 mph depending on a choice of all or rear-wheel drive, respectively. This 3.0L twin-turbo V6 is joined by the Ferrari-sourced 3.8L twin-turbo V8 that pairs exclusively with an all-wheel-drive drivetrain in the GTS models. The more powerful F154 A mill delivers 523 horses and requires 4.6 seconds to propel the 4,200-pounder to 60 mph. It also maxes out at 190 mph, whereas the V6 doesn’t go past the 177 mph mark. Regardless of a choice of engine, every new Maserati Quattroporte is paired with an 8-speed ZF transmission with available paddle shifters. An optional perk to some, the Ferrari V8 also produces an intoxicating bellow worthy of a golden era of V8’s reign. 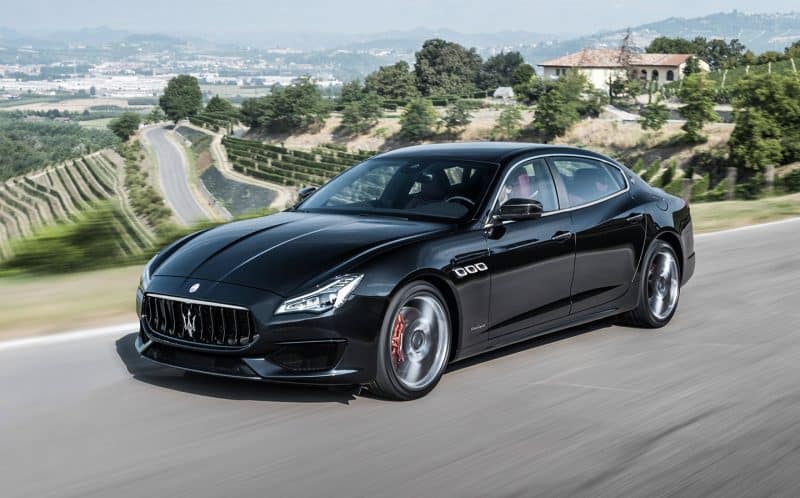 What’s Not In the New 2019 Maserati Lineup

Tightly related to the aforementioned Quattroporte, the Maserati Ghibli also sports four doors, a sedan body style, and the same platform as its larger sibling. Since it’s riding on a 6.8 inches shorter wheelbase than the Quattroporte, the Ghibli exhibits a severe lack of legroom at the back. Heck, even the Quattroporte doesn’t exactly excel in this department. MY 2019 isn’t about to bring any substantial changes to the Ghibli which has been riding on the same underpinnings since 2013. The mid-size luxury sedan is still a stunner – both inside and out. As such, it doesn’t really require any aesthetic changes. What the Ghibli does need, though, is a bit of weight reduction since it weighs as much as 4,100 pounds. It could also stand some better quality parts since it often relies on FCA’s commonplace components. Furthermore, the Ghibli’s ride is simply unacceptably poor considering it starts from $75,000.

Unlike the rest of the Maserati lineup, the 2019 Ghibli comes with a single engine choice, albeit in two different tunes. Every Ghibli model is powered by a twin-turbo V6 mill which is using the Chrysler’s Pentastar V6 as a template but is fully redesigned by Ferrari. The base models gain 345 horsepower from it while the 2019 Ghibli S and S Q4, on the other hand, receive an up-tuned version of the F160 which generates 424 hp and 406 lb-ft of torque. The difference is that the former gets it with a rear-wheel drive while the Ghibli S Q4 sports mandatory all-wheel drive. Despite essentially being a mid-size luxury sedan, the Ghibli does manage to offer some thrilling moments behind the wheel. Especially if optioned with the GranSport package that’s available with all three basic trims. Apart from a sportier GranSport package, the 2019 Ghibli can also be ordered with a more luxurious GranLusso set of convenience and luxury upgrades. 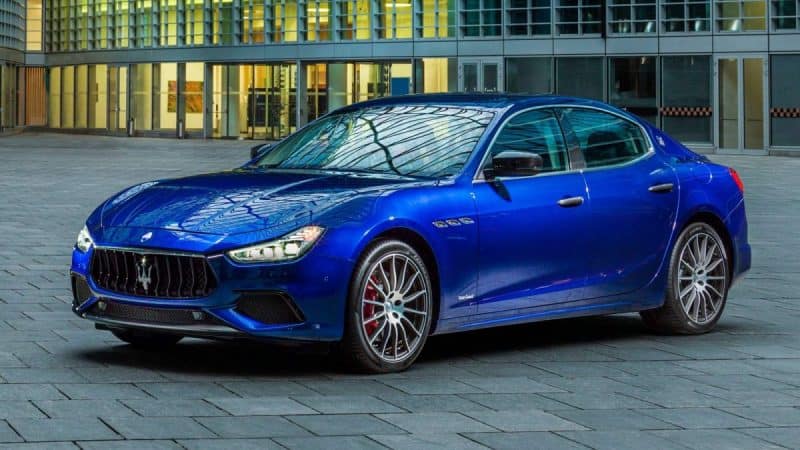 The grand tourer coupe or convertible is currently the slowest-selling Maserati model in the U.S. with sales falling below the 1,000 mark during 2017. This shouldn’t come as a surprise, though, as the Maserati GranTurismo hasn’t been properly updated since 2008. Moreover, starting from $134,000 for the coupe and $150,000 for the convertible, the four-seater was always a niche vehicle within the Maserati lineup. The next-generation GranTurismo models were already supposed to be available, but they’ve been delayed indefinitely while the Italians are working on a platform worthy of underpinning them. Instead, the GranTurismo had received a mild refresh in 2018 and carries over unchanged into 2019. Riding on an inadequate, heavy, and outdated platform of the previous-generation Quattroporte, the GranTurismo’s performance leaves a lot to be desired. Although its driving dynamics suffer for it, the GT still offers an exquisite steering feel and a more than a competent engine. It also sports a refined and well-appointed interior, and an equally impressive exterior styling (despite being more than a decade old). That’s really the least one could expect from a car well into six digits, though.

Regardless of both trim level and body style of choice, every 2019 Maserati GranTurismo comes with the same engine beating under its hood. The potent 4.7L V8 produces as much as 454 horsepower and 384 pound-feet of twist, but we can’t shake the feeling it’s even older than the car itself. In fact, although updated a number of times, the F136 actually traces its roots back to the 1999 Ferrari 360 Modena. Depending on what your take is on the venerable screaming Ferrari V8, this doesn’t necessarily have to be a bad thing. Problem is, the GranTurismo still routes all that power to the rear wheels via a 6-speed ZF automatic while more contemporary and capable options are in abundance. The 2019 GranTurismo coupe and convertible, however, still represent the only way of getting a 2-door Maserati in the U.S., and any potential buyer in the market for a more contemporary model that fits the profile will either have to look elsewhere or wait for the next-gen GranTurismo update, which isn’t coming prior to MY 2020. 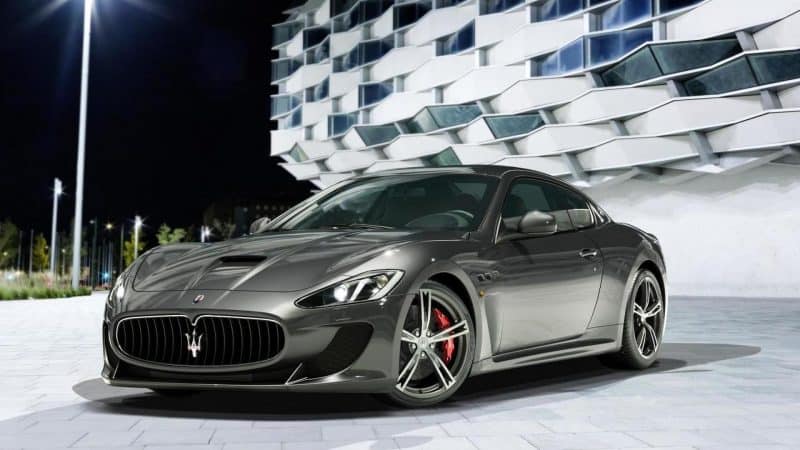