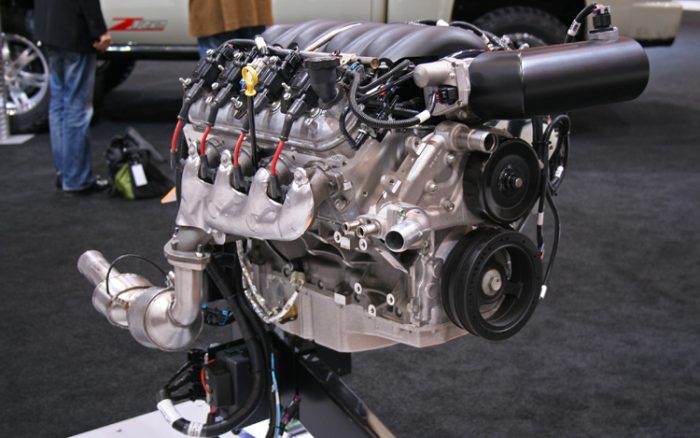 And on a lazy Saturday afternoon God said, “let there be cars.” Most early men were happy, but there was that one guy. The guy who thought that 223 hp out of a Chevrolet small block was not good enough; thus, hotrodding was born unto this world.

Since that day there have been many engines that gearheads have revered for their power, prowess, and ease of modification. Classics like the big block Chevy 427, small block Chevy 350, Chrysler 426 Hemi, and the General Motors(GM) LS1 come to mind. GM has engineered another beast, the LS3. A crate LS3 can set you back about $8,000, but it comes with a satisfying 430 bhp and 424 lb-ft of torque. Those numbers are pretty impressive from the crate engine, but the LS3 offers durability and extreme power potential, creating a gearheads dream. Let’s have a look at some details of the GM LS3 crate engines, including specs and easy power mods that can help you boost its output above 500 bhp.

Specs of the GM LS3 Motor 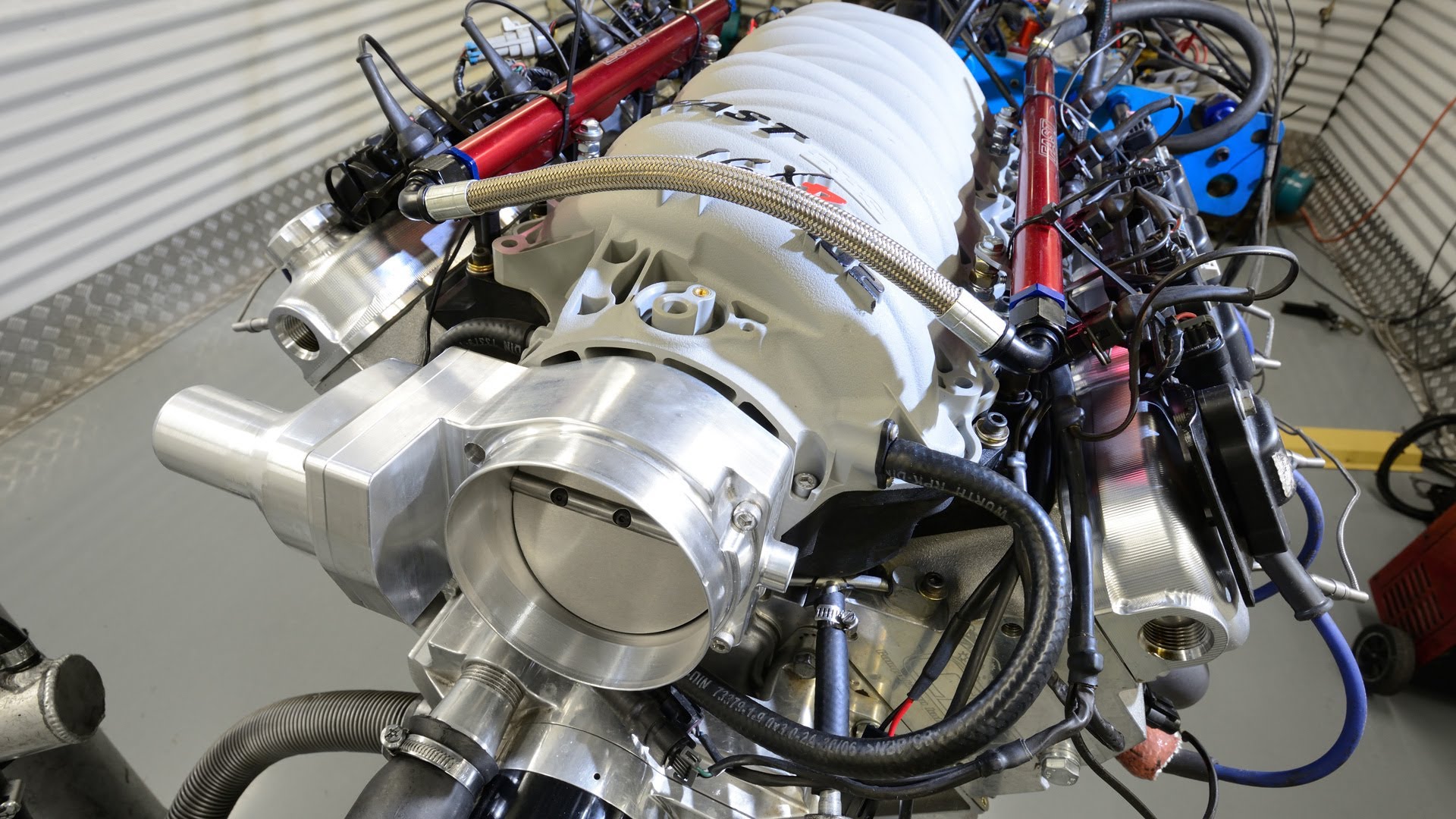 Before we get into the numbers-heavy specs, here are a few light facts to keep in mind as you are planning your build.

First off, the LS3 motor is totally aluminum: from stem to stern. That is to say from block to head. The use of aluminum allows the engine to cool much faster than if it had an iron block and aluminum heads. It also offers a weight reduction over an iron block.

It is generally acknowledged that LS engines respond better when they run cooler. Many gearheads have noticed that keeping the engine around 180 degrees during normal operation coaxes more power out of an LS3. That is why the first mod that many do is to install a 160 degree thermostat.

The LS3 family is very similar to the LS1. Most of the differences between the two engines are internal, with the more noteworthy being bore, stroke, heads, and cam setup. All of these changes push the LS3 to 6.2L compared to the 5.7L of the LS1.

Chevy uses the GM LS3 in the Corvette ZR1. With a few changes to bore, stroke, etc and the addition of a supercharger, the LS3 happily pumps out 630 bhp. If GM isn’t worried about the block giving up the ghost at 630 bhp with a supercharger, you know you can add some other mods without worrying either. 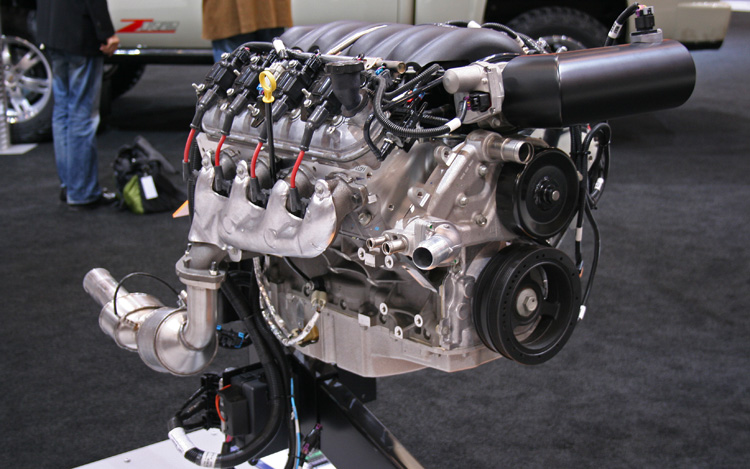 Before we start quoting specs, better tell you where they come from. Stolen directly from the Chevrolet website. Shameless, yes. Accurate, though. All numbers are quoted for the crate Gen IV LS3 engines that are available on that site. As an added bonus, replacement part numbers are listed on the site as well. 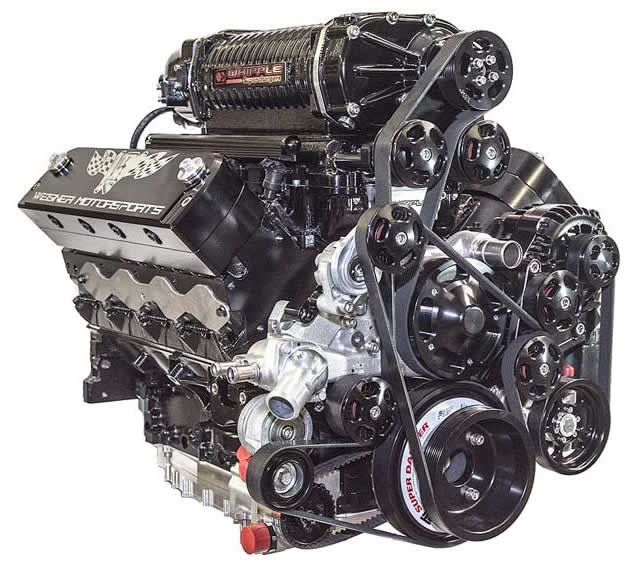 Modifying any engine type takes precision and skill to do correctly. We already listed the thermostat change to keep the engine cooler. On top of that, here are two mods for the LS3 engine that will take some skill, but will add more than 100 hp to your crate LS3.

First up is changing the cam timing. The crate LS3 engine has a mild timing of 0.551/0.524-inch lift, 204/211-degree duration, 117-degree lobe-separation angle(LSA). Fortunately for hotrod enthusiasts, the L92 cylinder heads have enormous flow potential, so why not install a high-performance cam. A unit with 0.641/0.615-inch lift, 231/236-degree duration, 111-degree LSA should get enough output to satisfy most guys. Don’t forget to upgrade your timing gear and cam sprocket. This is an aggressive cam, so you should only install it in a car with a manual transmission. If you prefer having an automatic transmission, make sure you have a vehicle with a 2,500-rpm-stall torque converter.

Since you have the engine open for the cam, why not change the cylinder heads as well. The stock heads have a port flow of 315 cfm, but a set of high-performance L92-ported heads can up that to 371 cfm. Using a set of ported factory heads means that you do not have to address the pushrod length. Of course, you want to make sure that the heads you buy have a 2.165/1.590 valve package, a multi-angle competition valve job, and a valvespring package that can support the high-performance cam up to 7,000 rpm. If you want to upgrade your rpm capability, you can add titanium retainers and hollow-stem intake valves.

The Gen-IV LS3 engine has a lot of potential in the right hands. The biggest problem you will have is keeping your ride street legal. If that isn’t a concern for you, you could very well tear up every track in your area!

In short, the best way to improve your LS3 crate engine is to get your hands on some genuine Chevrolet performance parts and wrench your motor to the next level. Add high performance parts like a new intake manifold, a refined oil pan, upgrade your throttle body tech, and if you want to elevate your engine to the next level, install an LS3 supercharger kit. The Chevrolet LS3 can become one of the most formidable performance engines out there if given the proper treatment.


Not Much “Rally” In The 2016 Chevy Silverado Rally Edition
Ranking the 10 Best Car Leather Cleaners of 2020
The Best 2020 Cars Land Rover Has to Offer
The Best Tesla Models for 2020
The 2022 Bentley Continental GT Speed Might Be The Ultimate ...
The Best (And Worst) Of 2021 Volkswagen