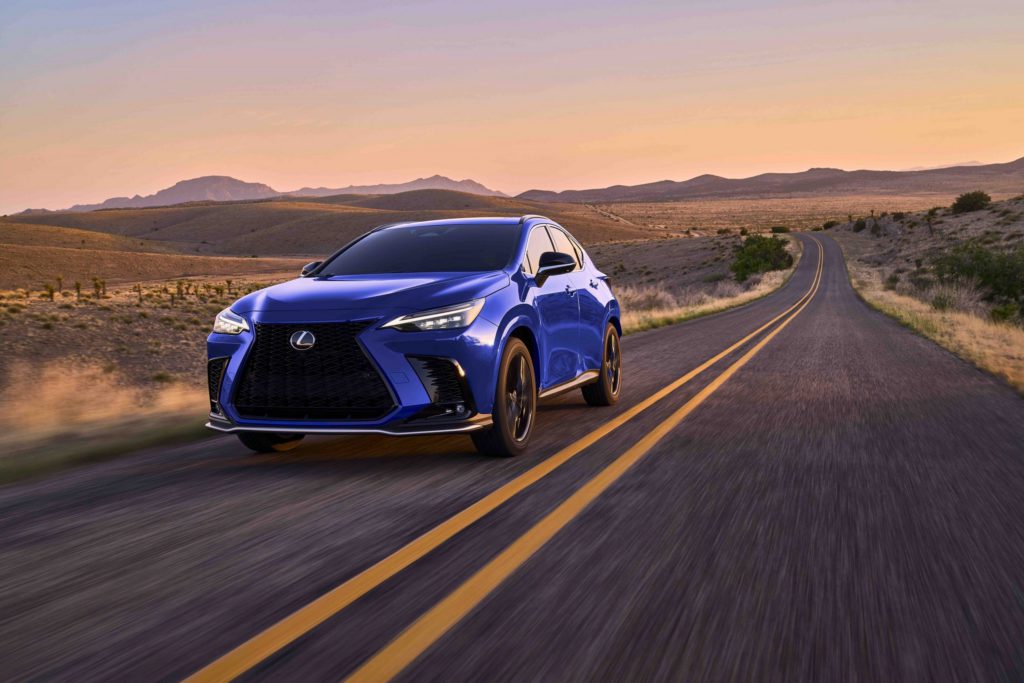 The 2022 Lexus NX is all-new. Lexus offers a plug-in hybrid and a more powerful turbocharged engine, but what we really care about is this: Remote touch is gone, replaced by an entirely redesigned infotainment system with new big screens. It also becomes the first model to get Lexus Safety System+ 3.0, the brand’s latest suite of driver assistance features.

“The 2022 NX includes the most technological vehicle changes since we launched Lexus 32 years ago,” said Lexus Marketing VP Vinay Shahani. “With the all-new Lexus Interface multimedia system and a variety of customizable features, NX is an exciting first step in a series of 20 all-new or updated Lexus vehicles by 2025.”

Completely Restyled on a New Platform 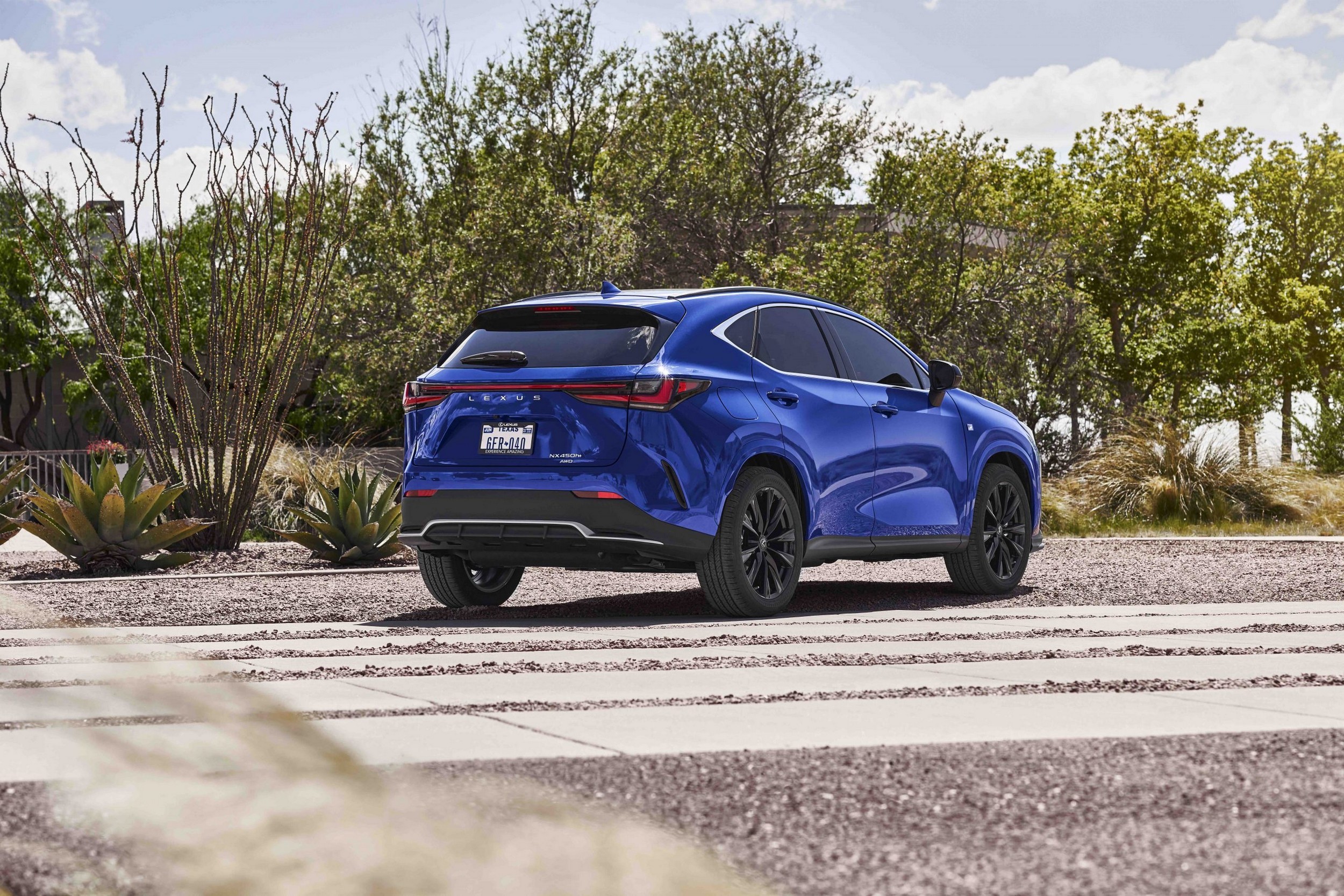 Lexus completely restyled the NX – photos show a better-looking vehicle at nearly every angle. It still maintains the look of the last Lexus NX, though, keeping the family resemblance.

A newly reshaped spindle grille helps the aesthetic with a new pattern for the insert, and Lexus offers both standard and F-Sport models. In addition, the full-width LED light bar at the back surrounds “Lexus” with the letters spaced out, replacing the circle L logo. 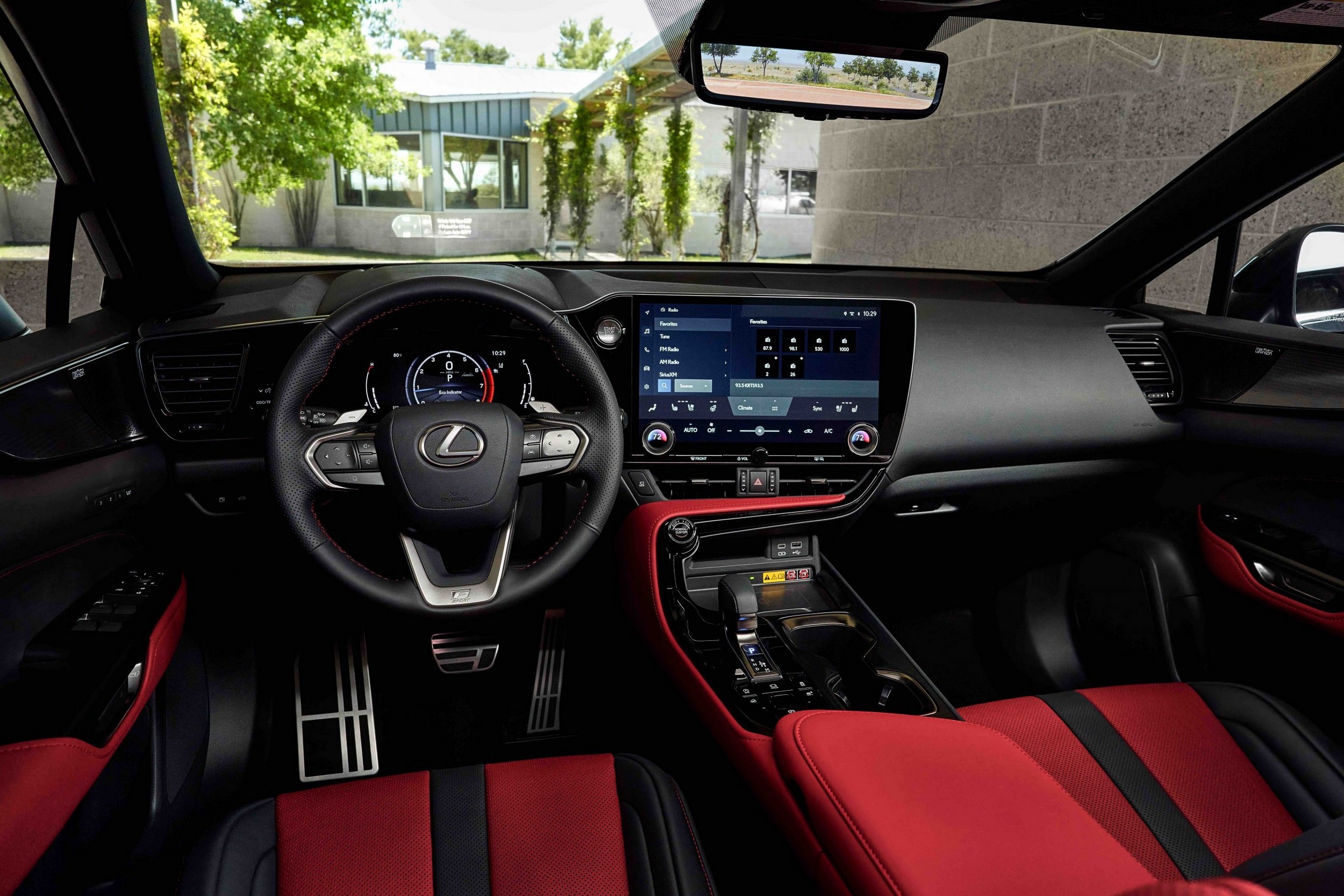 Inside, Lexus says the cockpit has been designed to connect the driver to the vehicle. That driver will see a new 7.0-inch instrument panel with a high-definition screen directly ahead as well as an optional 10.0-inch head-up display. Both are new to the NX.

Quiet is an essential part of the Lexus experience. With this new model on a fresh platform, updates have been made to remove road noise and distractions from outside. If you want to add back some of those distractions, a panoramic roof is offered for the first time. It lets front and rear passengers see the sky or feel the breeze.

All-new seats hold the driver and front passenger in place, with heating a standard feature. Also, drivers can expect more head and legroom than the previously cramped Lexus NX. The extra passenger space is another benefit of moving to a new GA-K platform, which also delivers added storage space. 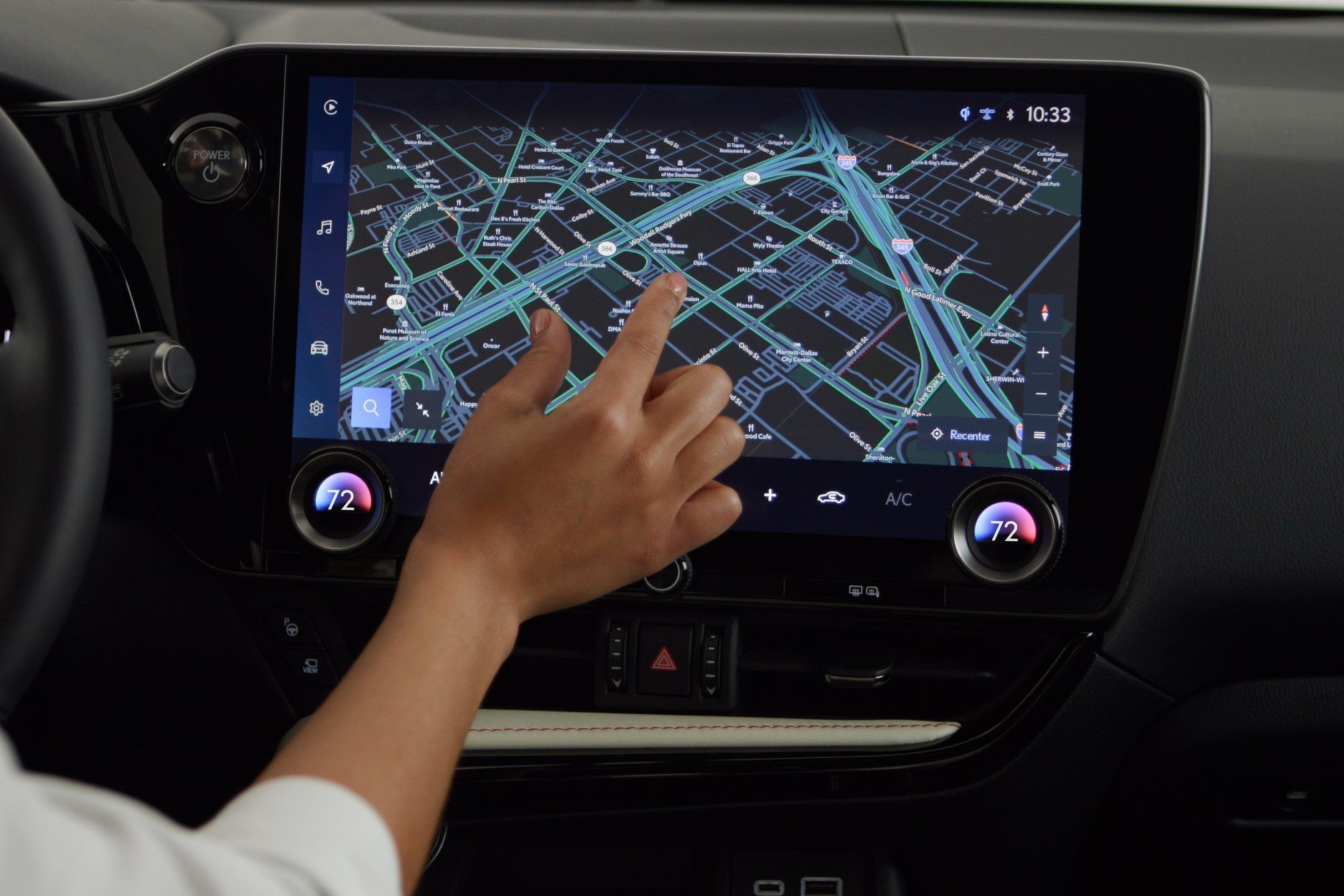 On to the new infotainment system. The Lexus Remote Touch trackpad, even with the touchscreen in the RX and IS, has been met by what we’ll call mixed reviews. Although Lexus isn’t acknowledging that out loud, the brand did point out that a team of more than 400 people worked to make the new system better for the driver.

Lexus started with five times more processing power. The power makes it quicker to respond, automatically making it better to use even before considering the all-new interface and structure. In addition, the system has 100 percent cloud capability for the all-new navigation system, which incorporates Google’s point of interest data and improves voice commands for improved route finding.

Lexus includes Apple CarPlay and Android Auto for wireless phone pairing, and an optional and convenient wireless phone charger folds away when not in use. Keeping with other modern infotainment systems, over-the-air updates keep the Lexus command center current.

Lexus wants you to interact with the system primarily through a new natural speech voice command interface that uses simple phrases. If you prefer not to use those commands, a standard 9.8-inch touchscreen or an optional 14-inch screen is one of the largest in class. Even better, it still has an integrated volume knob blended into the screen for a clean look.

Lexus has added a digital key function to the NX, letting you use your smartphone to open and start the vehicle. You can share the digital key with up to seven guest users at once with no password or PIN required. When using your own Bluetooth device as the key, the 2022 Lexus NX will remember all of your settings.

4 Powertrains Including Turbo and PHEV 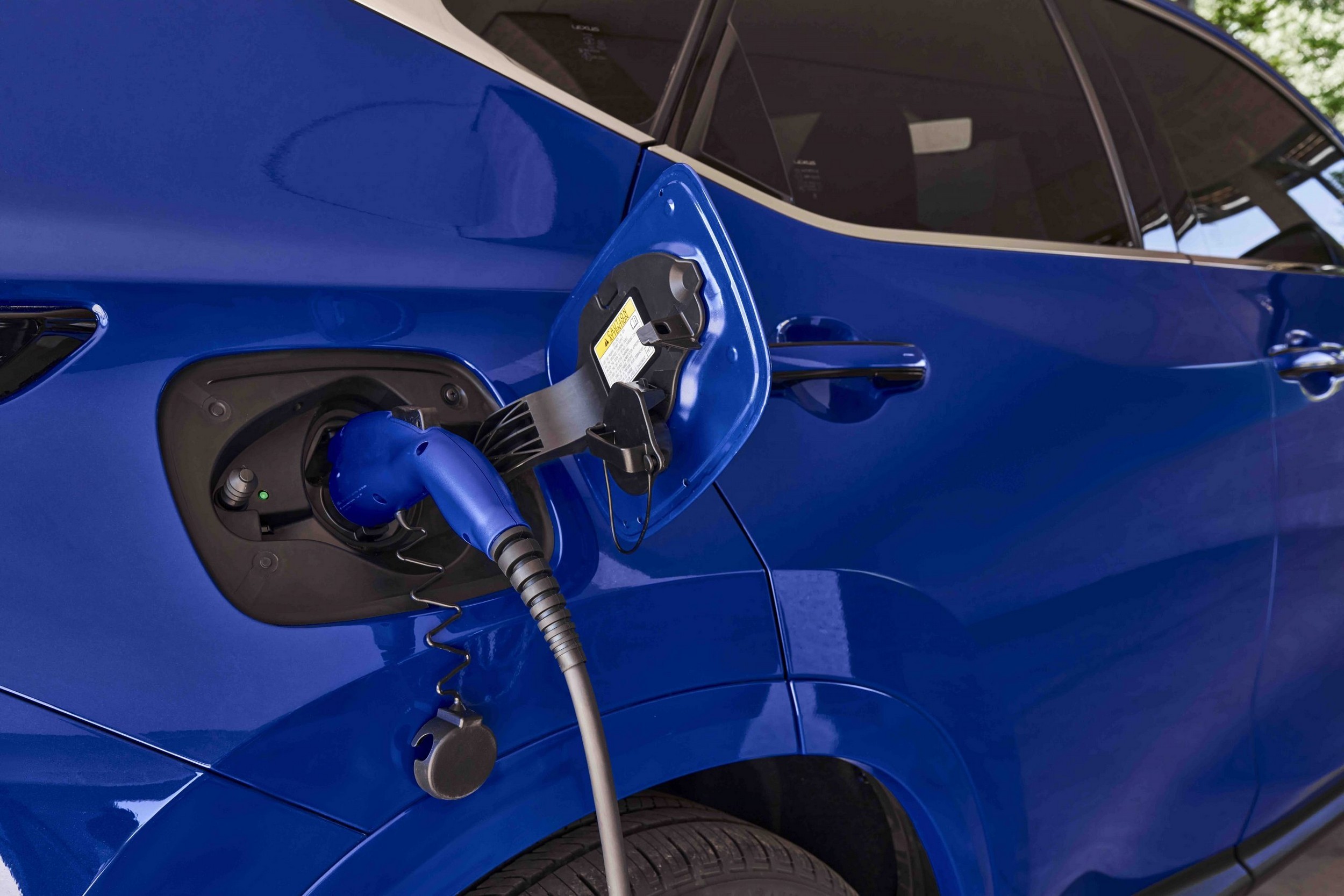 Next up in the line is the 2022 Lexus NX 350h, adding an electric motor to that 2.5L 4-cylinder to make 239 hp. It manages an impressive 6 mpg more than the outgoing hybrid for an estimated 36 while hitting 60 mph 1.5 seconds quicker, at 7.2 seconds. The 350h is AWD only thanks to the second electric motor powering the rear wheels.

The quickest version is the NX 450h+, the first plug-in hybrid Lexus. A 36-mile electric range comes from a lithium-ion battery that charges in 2.5 hours on a 240V plug and the optional 6.6 kW charger. Lexus doesn’t give a power figure for this one but says it’s equivalent to a 2.0L engine. It’ll hit 60 mph in 6 seconds flat when the 2.5L 4-cylinder is also running, which means the total is somewhere around 300 hp flowing through the AWD system. 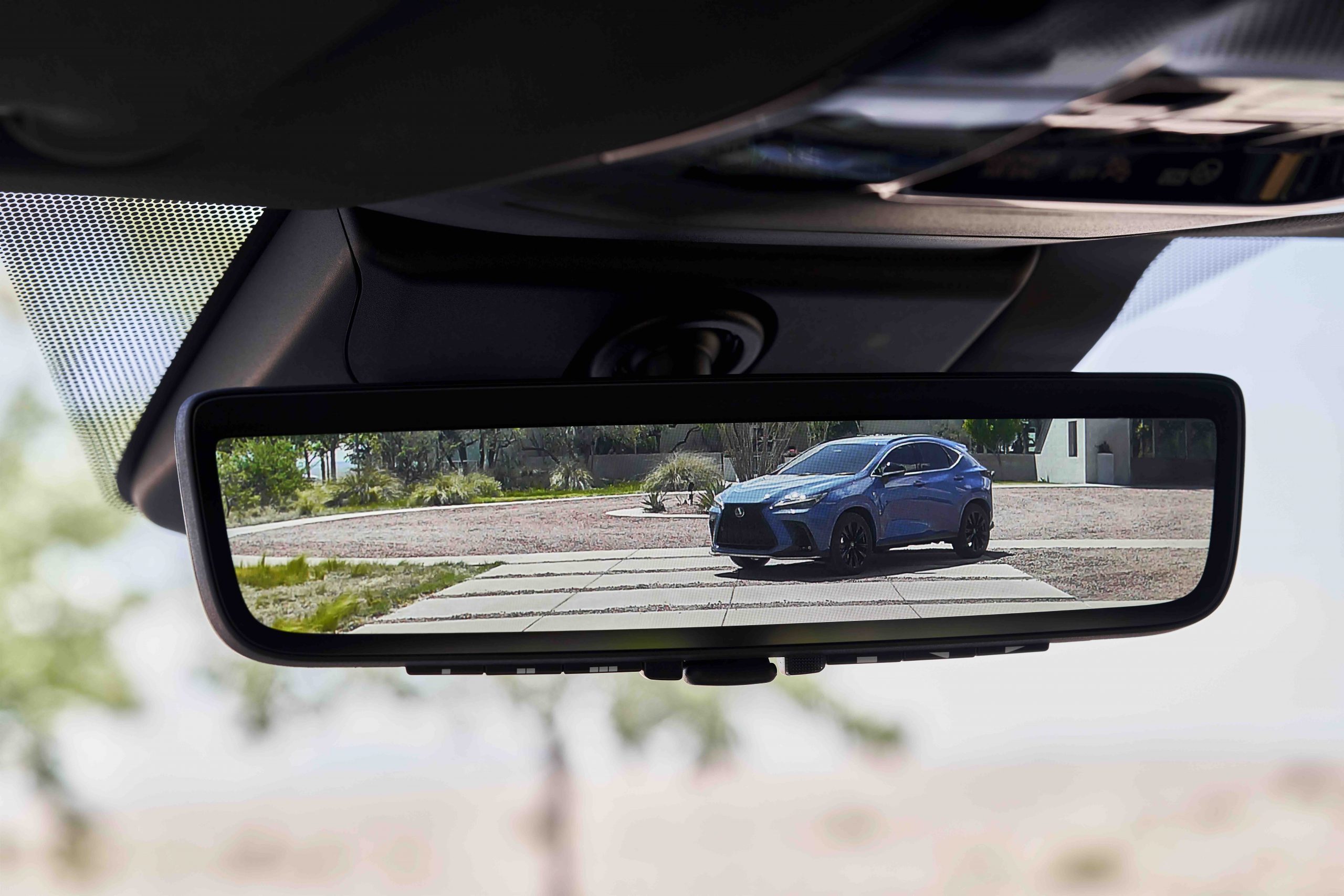 One last safety system is also a comfort system. The Lexus Digital Latch system means doors open smoothly with the touch of a button. It also features Safe Exit Assist, which prevents you or your passenger from opening a door into a vehicle or cyclist.

The 2022 Lexus NX will start production in the third quarter of this year. Lexus will announce pricing closer to the arrival date. Expect a full list of features at that time as well. For all things 2022 Lexus NX go to Lexus.com.


10 of the Best 2021 Crossovers
Best of 2019 Kia
The Best From Chevy in 2020
BMW Concept XM: Artistic, Electrified, Big Money, M Car
Do You Drive One Of These Known 10 Deathtrap Cars?
The Badger Is Dead: Nikola Cancels The Badger Electric Picku...