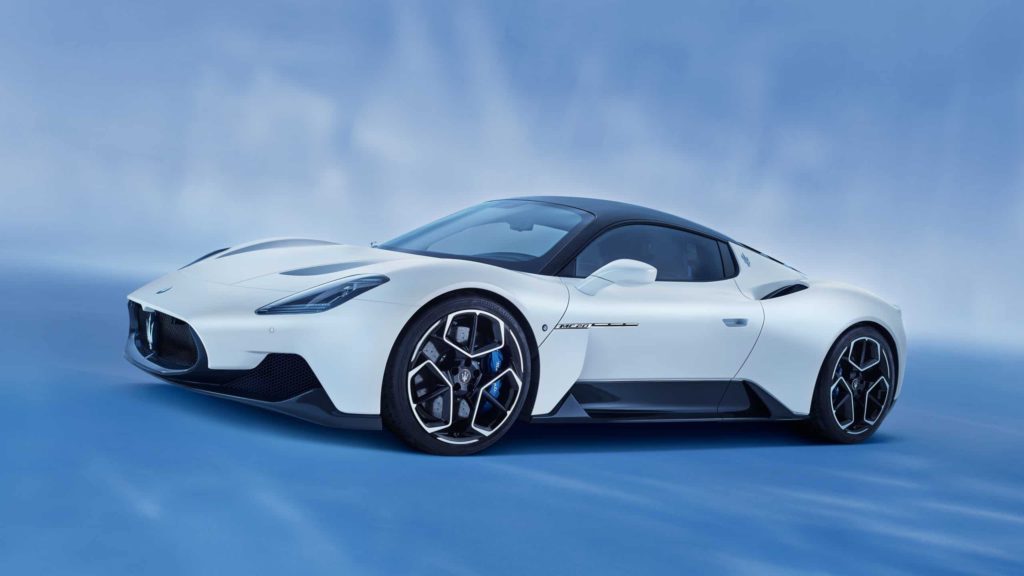 Maserati gave us a tiny glimpse into the future of the brand, and its new flagship supercar at a truly extravagant vehicle reveal today. The Maserati MC20 is a hybrid mid-engine two-seater supercar that is poised to bring the Italian automaker back to relevance in the exotic car world.

While we only learned a little about the MC20 today, we did get a peek at where Maserati is headed as a brand. Not only will we get a mid-engine supercar, but also an SUV and new sedan in 2021. Everything will be electrified, get autonomous mode, and be powered by a new Modena, Italy built Maserati specific V6 engine. Oh, Maserati is getting back into racing as well. 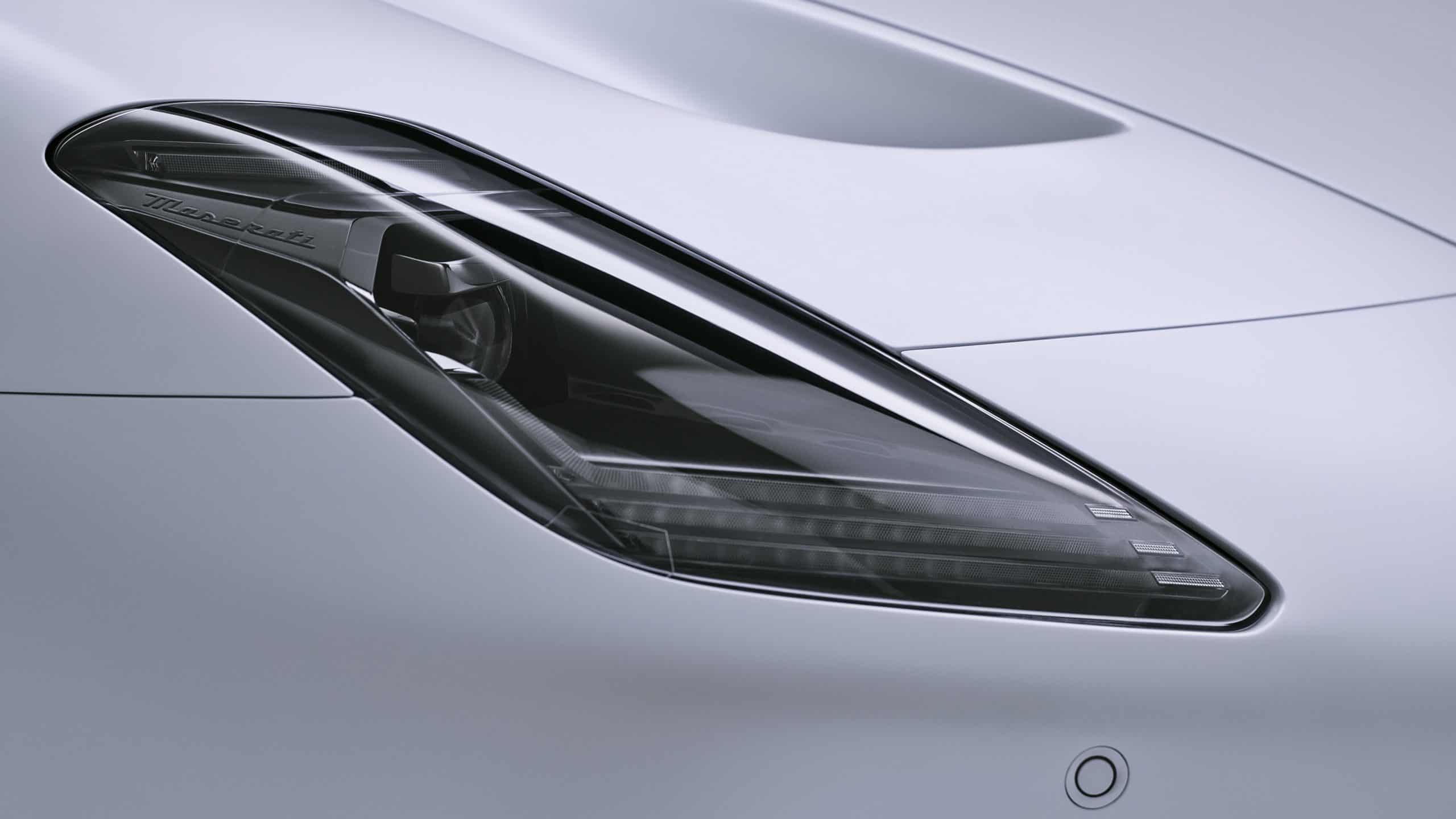 The styling on the Maserati MC20 is sadly a bit forgettable. The car is beautiful and has the iconic Maserati nose and grille, but otherwise looks like just another mid-engine supercar. The MC20 does carry over some styling cues from the iconic Maserati Bora and MC12 that came before it. A new style element on the MC20 are butterfly doors. Is there a better way to make an entrance somewhere than to swing open big vertically hinged doors? 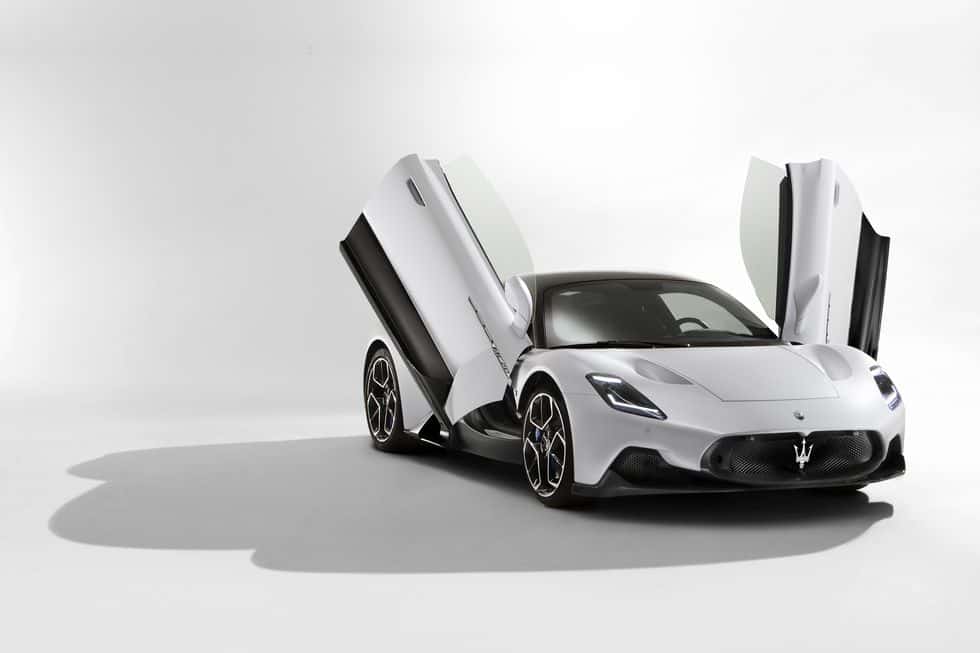 Maserati said that the MC20 is a “race car for the road.” They gave little details about the car, but what we do know is that it is made of a mostly carbon fiber, both in the chassis and bodywork. The MC20 is expected to weigh a bit more than 3,200 pounds. That is light for a modern car!

We also know that the MC20 will have the “most power-dense V6 of any road car.” Apparently, that adds up to 630 hp 538 lb.-ft. of torque from an all-new Maserati “Nettuno” engine. The Nettuno V6 is a twin-turbocharged, twin-combustion 3.0-liter engine. That’s respectable horsepower and impressive torque. During the reveal, we also heard the car rev its new V6 a few times. Truth be told, it was uninspiring. No doubt an aftermarket exhaust will be needed to wake up this car. 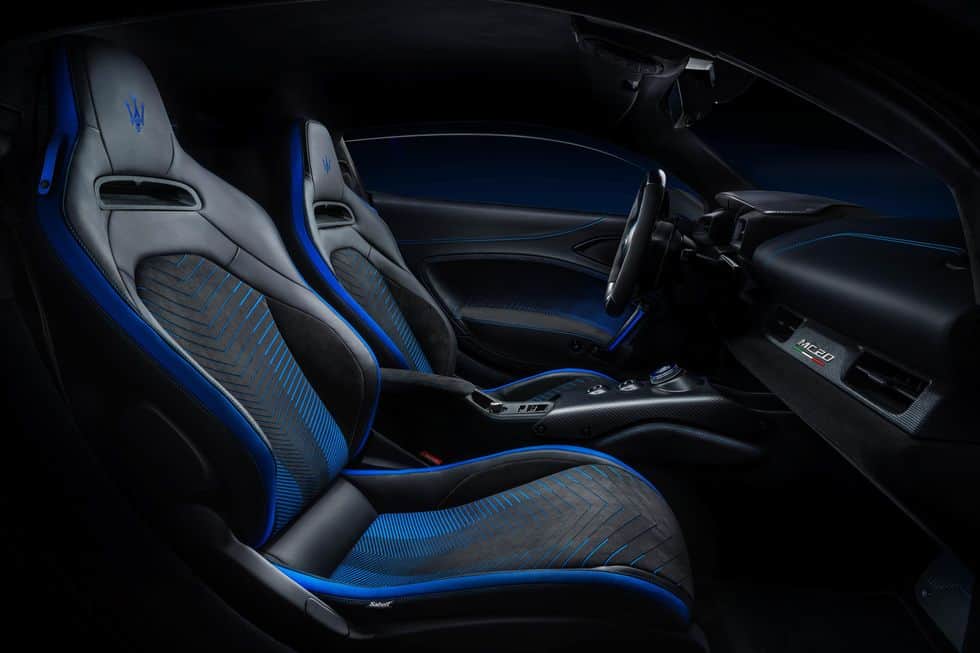 Apparently the MC20 will also be offered with a fully electric drivetrain. Specifics are scant, but Maserati does promise a sub 3 second 0-60 mph time, a top speed over 190 mph, and just over 200 miles of range. These numbers were listed for a Euro-spec car, so there is little doubt they will differ slightly for the US version.

The Maserati MC20 will also be completely made in Modena, Italy, including the new engine. We should see it on our shores in early 2021. Pricing is expected to start right around $200,000. In today’s supercar market that seems like quite the bargain for an Italian exotic! 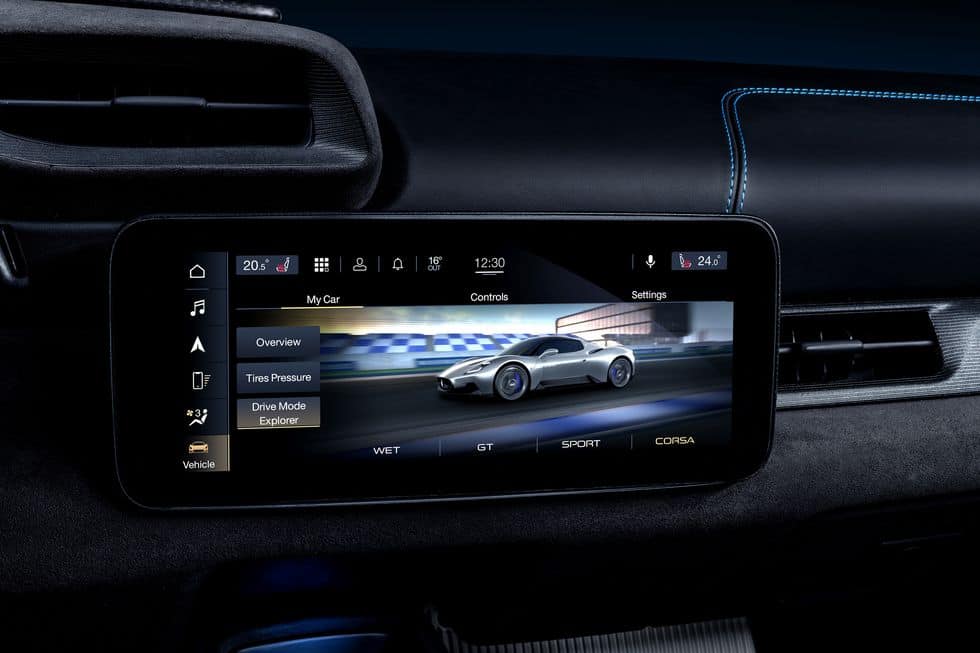 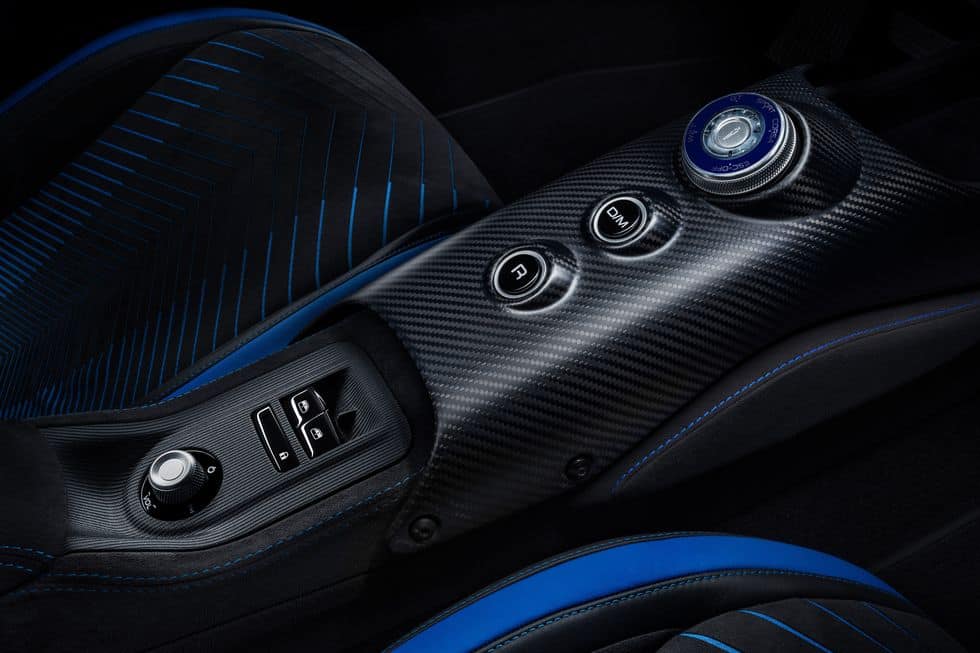 The future is electrified at Maserati, like all modern automakers. Every vehicle going forward from the brand will be electrified in some way. On the MC20 that is in the form of a hybrid electric/gas powertrain.

Maserati announced 13 new products across 3 new vehicles coming soon. One of these new vehicles we know will be an SUV, and one the new LaVante sedan. We should see both of these 2021 models revealed very soon.

You can also expect Level 3 Autonomous driving to be available soon across all-new Maserati.

Maserati has a long history in auto racing, and announced today that they’re going back to racing. They provided no details as to what that might look like however. 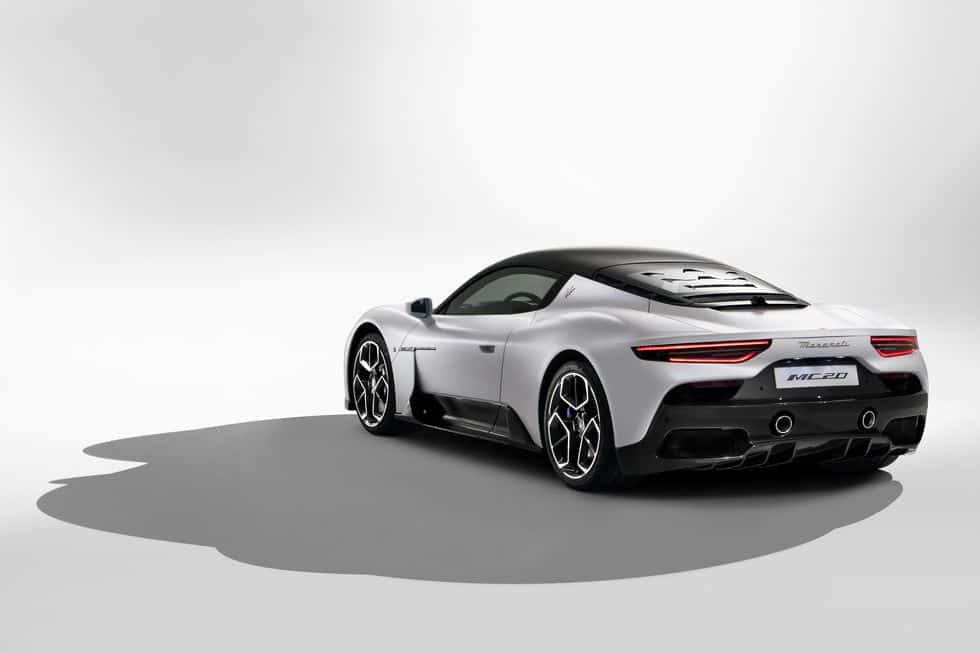