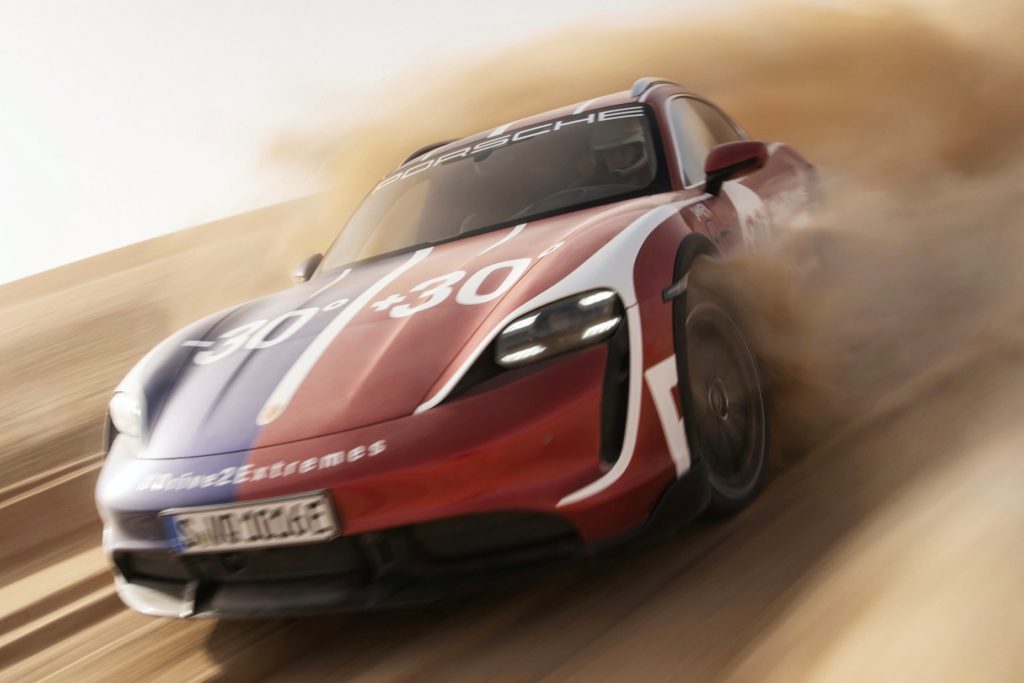 If you asked us to film a commercial for the Porsche Taycan Turbo Cross Turismo, we’d have difficulty picking between taking the electric power wagon to the desert or the arctic. Porsche decided to do both. For Drive2Extremes, they delivered the Taycan Turbo Cross Turismo to the Arctic Circle in Finland and the Rub al Khali desert in the UAE for this video. Famous pro drone pilot Johnny FPV filmed it in ways we’ve never seen before, and it’s hard to believe that some of the footage is real.

From Levi to Liwa and 30 degrees below zero Celsius to 30 degrees above, this is a video of massive contrasts and amazing camera moves and transitions. That’s Levi, Finland, 60 miles north of the Arctic Circle, and the Liwa Oasis, 3,100 miles south in the United Arab Emirates. And from 22 degrees below zero Fahrenheit to 86 degrees. It’s hard to find two climates more different, yet they blend seamlessly in a series of camera transitions that get more impressive each time.

The camerawork was handled by Johnny Schaer, better known by the name Johnny FPV. He is one of the best first-person drone pilots in the world. Wearing a video headset and heavy gloves, Johnny FPV makes the drone dance through the snowy forest and the desert.

“It’s important to fly in a unique way, to establish a trademark style. My videos bear my signature. They’re not jerky, they’re precise and they’re very fluid,” said Johnny FPV.

That might be the understatement of the year because his shots are so up close, so smooth, and at such incredible angles that it’s hard to believe it isn’t CGI. It’s just hard work, ideas, and talent, says Johnny. 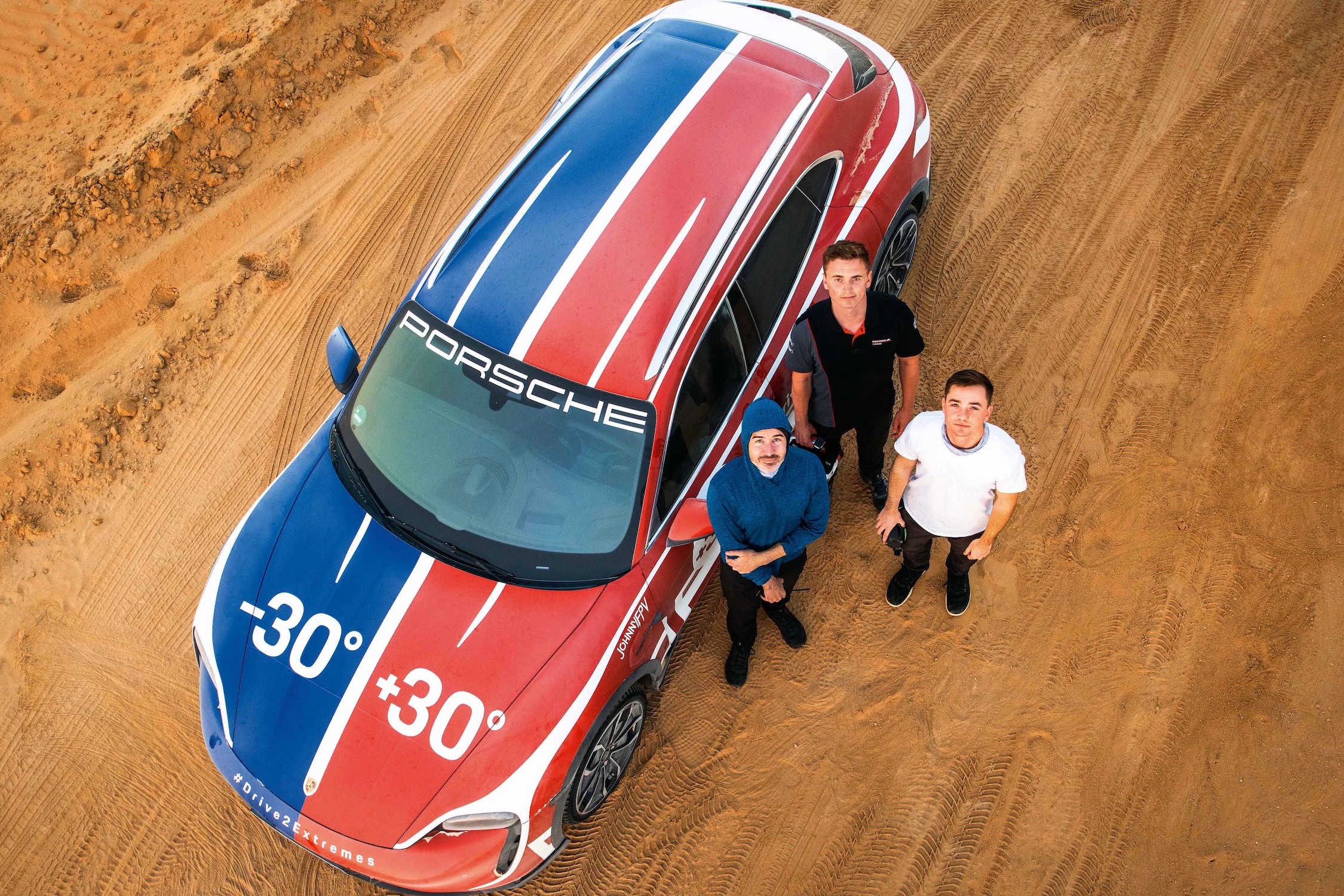 Nick Schrunk put the shots together. Schrunk is an Emmy-winning director best known for the Red Bull-produced film Blood Road. He spent two years filming Rebeccah Rusch’s 1,200-mile journey crossing the Ho Chi Minh trail to find the site where her father was shot down 40 years before.

In Drive2Extremes, the Porsche Taycan Cross Turismo almost fades into the scenery. Though the camera is focused solidly on the Porsche, it’s the magic of the snow and sand flung by the tires and the wheels that left us hypnotized by their movement.

Then the camera glides through a smoke-filled tent or under a desert shelter. At one point, the drone even flies through the back seat of the Taycan while it is at high speed and sideways in the snow. The footage constantly swaps between the two landscapes of Drive2Extremes and the two colors of the car. 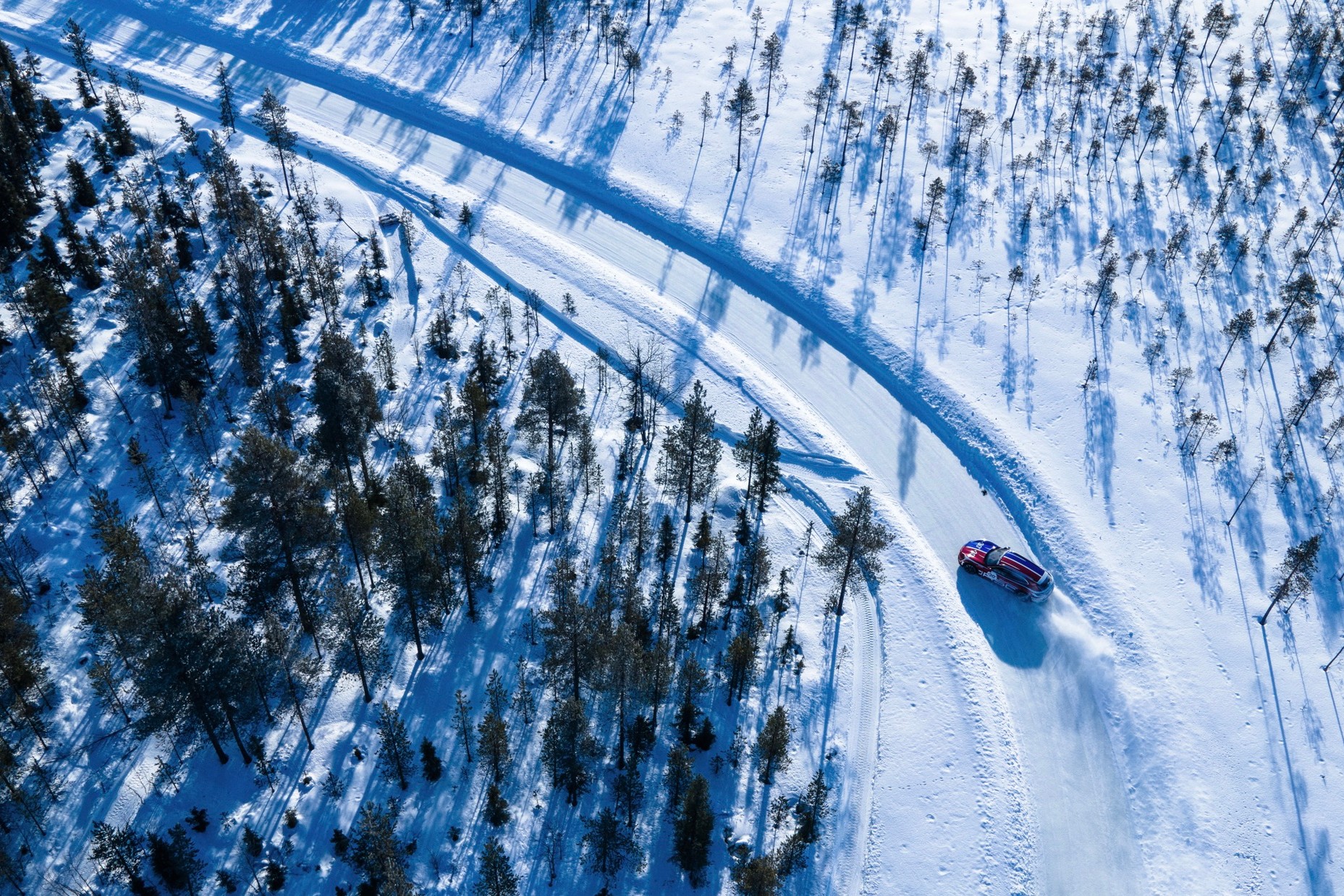 Sled dogs and caribou in the Arctic contrast with sighthounds and camels in the desert. It’s a wonder of car control,  camera mastery, and pure art.

The tracks are exactly the same, two identical builds, although on opposite sides of the globe and contrasting track materials. The twin tracks and precise car control of Finnish rally driver Jukka Honkavuori help the images merge and transition seamlessly.

Johnny FPV states on his YouTube account that even the rocks exploding into the camera are not a visual effect. This is all real, shot on a RED Komodo and FreeFly Wave camera except for the GoPro used when the drone flies through the cabin of the Cross Turismo. 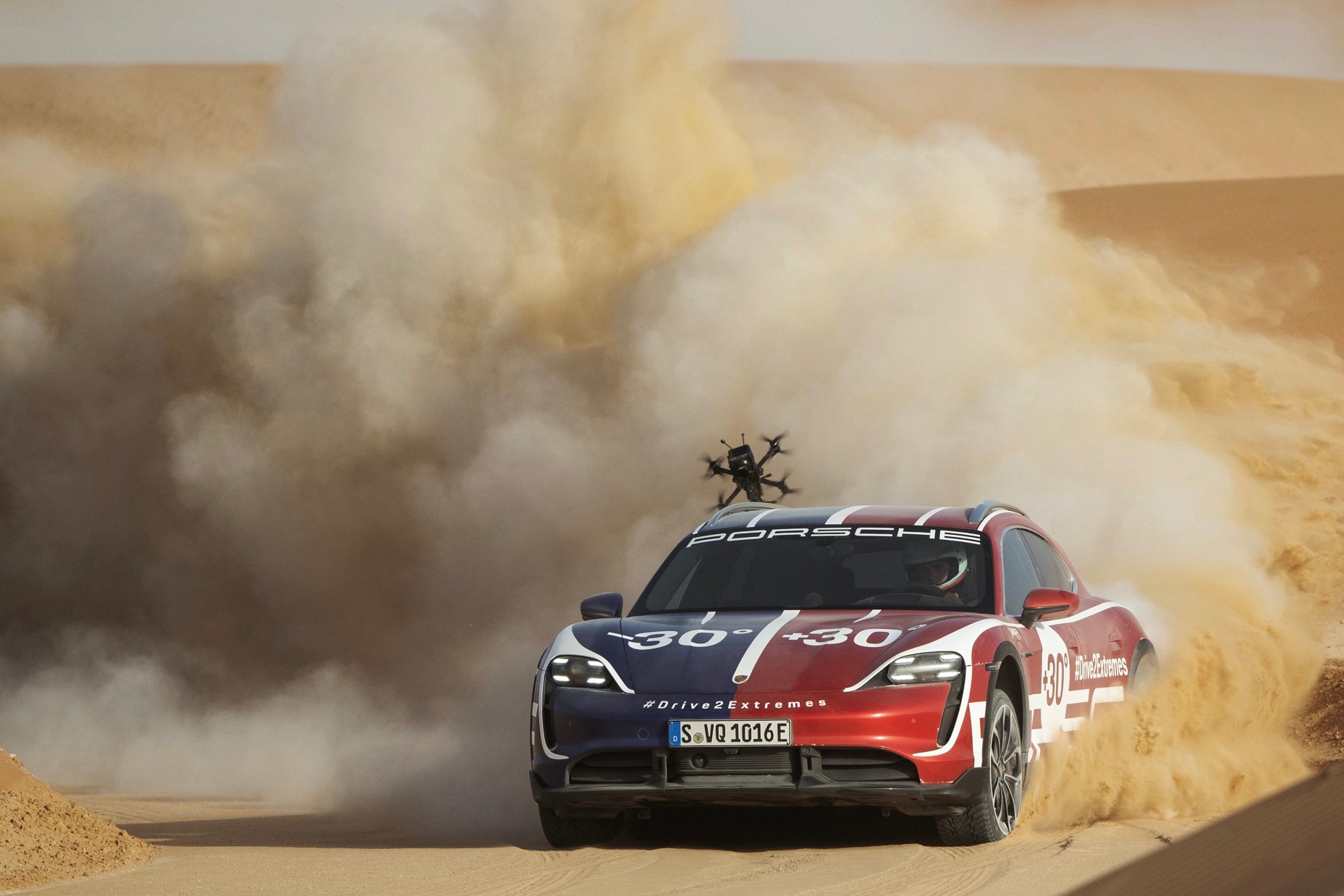 This is probably where we should talk about the car in Drive2Extremes. It’s a Porsche Taycan Turbo Cross Turismo. That’s the slightly lifted and off-road intending wagon version of the Porsche Taycan. It offers 670 hp from its electric motors with over-boost and has an estimated range of 204-miles on the electric battery unless you’re planning on driving like this.

Ok, back to Drive2Extremes. We hope you didn’t have plans for this afternoon.