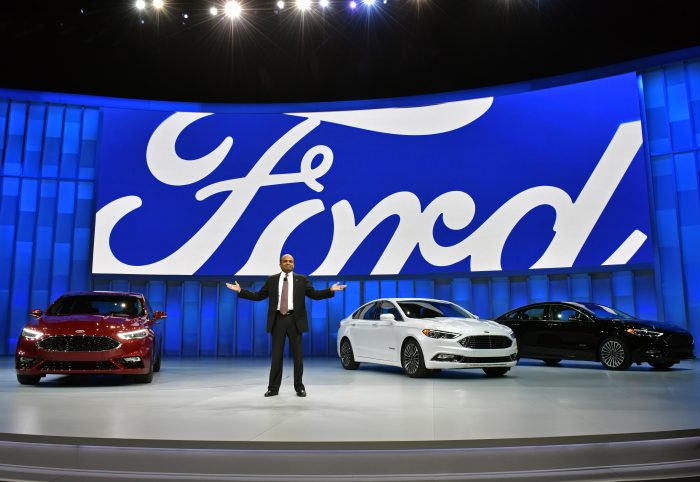 Ford plans to give the Fusion lineup a flavor for all tastes. To increase the number of trims available, Ford is bringing in the V6 Sport and Platinum versions. In order to keep the full line up to date, Ford will also be updating software and electric motors to both the Hybrid and Energi models. Finally, the Fusion will get some more technology via SYNC® 3, lane-keep assist and BLIS.

The biggest news is the introduction of a Fusion V6 Sport model. Ford plans to power this with its 2.7-liter, twin-turbo V6 EcoBoost® with a projected 325hp. To get this power to the ground, the Fusion will add an all-wheel-drive system. Ford states this powerplant will give the Fusion “approximately 100lb.-ft. of additional torque and nearly 50 more horsepower than the 3.5-liter V6 engines in Toyota Camry and Honda Accord”. They even go as far to call out BMW by stating “Fusion even out-powers the 2016 BMW 340”. The V6 Sport will also get real-time suspension tuning with continuously controlled damping and pothole detection technology. To top off the V6 Sport the exterior gets deeper air intakes, dual twin exhaust, 19-inch wheels and a gloss black-finish mesh grille. 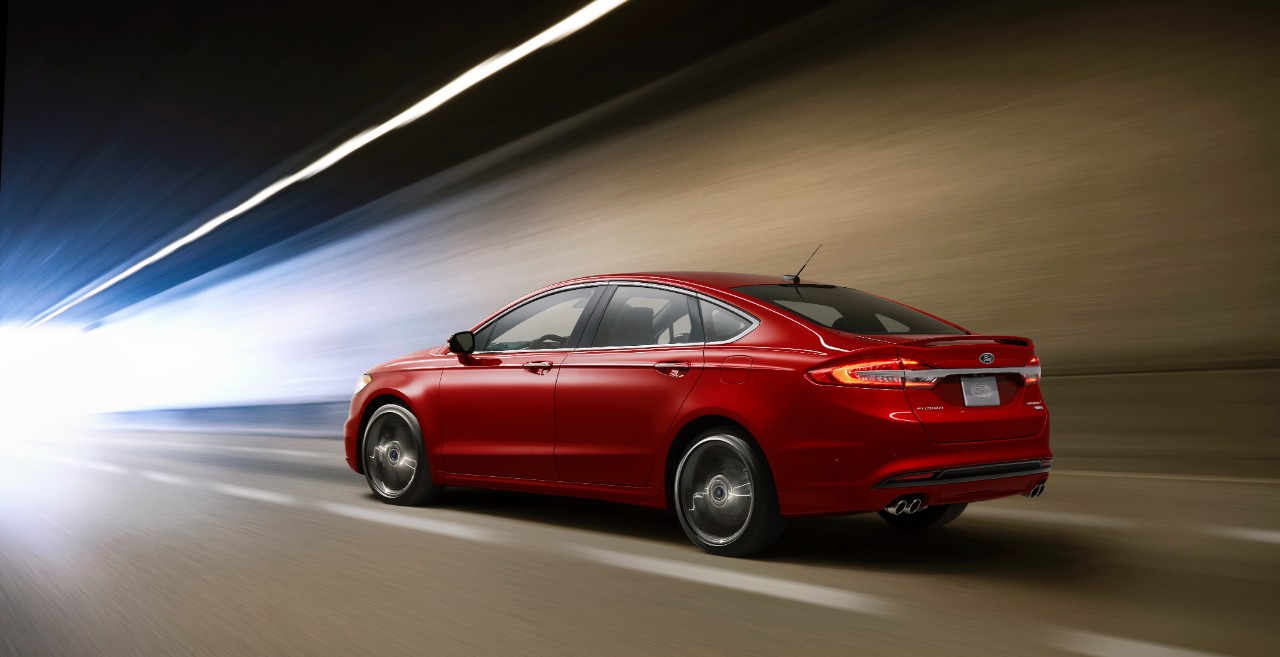 As with their trucks, Ford will also add a Platinum model to make the Fusion more luxurious. Available with all-wheel-drive and Ford’s 2.0-liter EcoBoost the real differences for the Platinum are seen on the inside. The steering wheel is wrapped in “premium Venetian leather” while the door and instrument panels get an antiqued Cocoa leather. To add a touch of class to the exterior, polished 19-inch wheels are added with a Magnetic paint finished front grille. While not a huge departure from the standard Fusion, it is probably a safe assumption to say the Platinum trim will contain a plethora of normal options as standard.

Ford didn’t want to leave any stone un-turned with the Fusion lineup so they also tweaked the Hybrid and Energi models. Trying to up fuel economy even more, both models get new electric motors. New software gives the Hybrid and Energi an “even more refined and engaging drive for customers” according to Ford. These two Fusions also offer an EcoGuide system to give drivers real-time coaching on driving habits to help improve fuel economy. 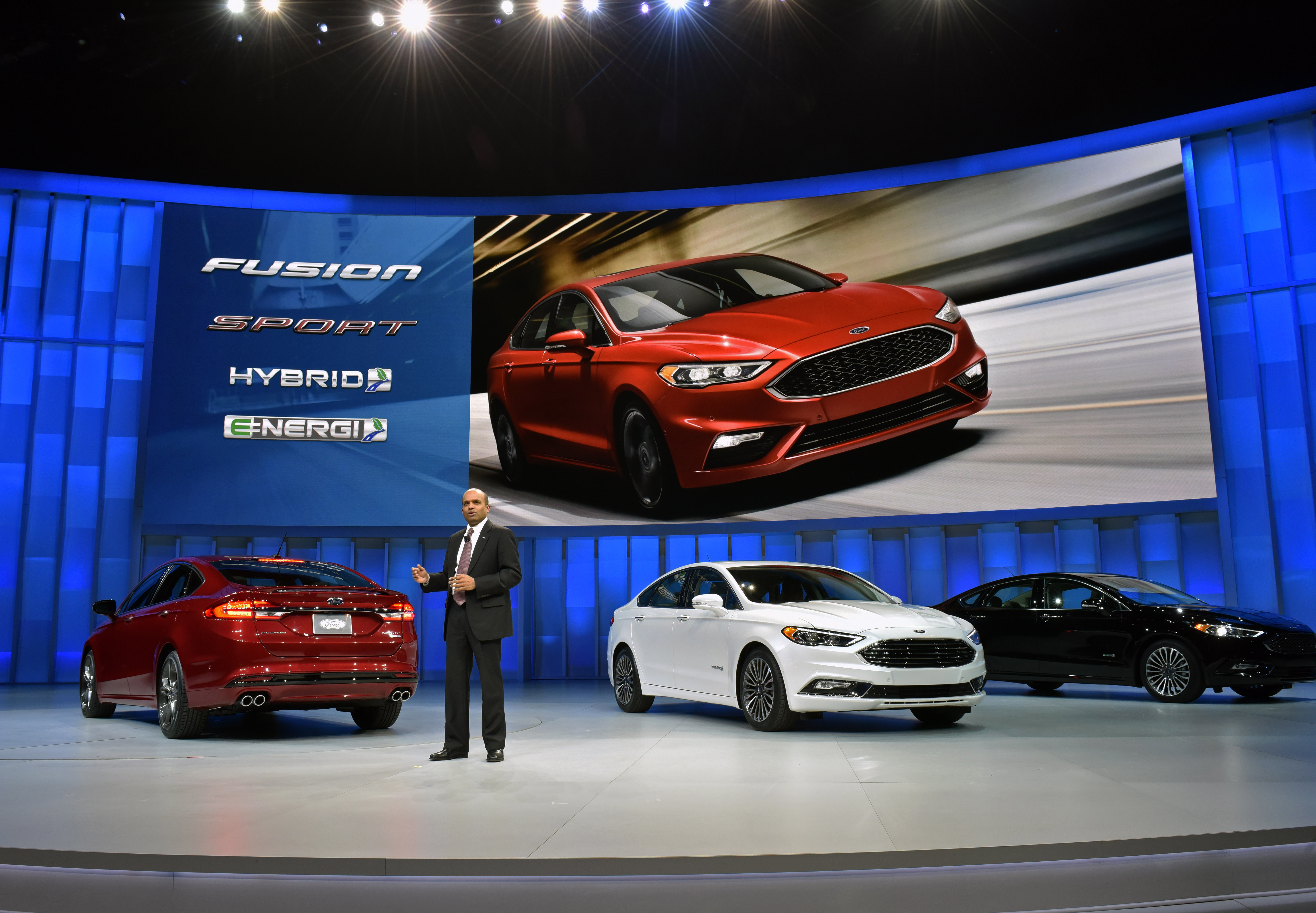 Since neither the Camry nor Accord offer a plug-in hybrid, Ford wants to capture the market with the Fusion Energi. The Energi can go up to 19 miles on electric power alone, and with the assistance of the 2.0-liter engine can get up to 500 miles per tank. The plug-in hybrid can be fully charged in 2.5 hours and is smart enough to know what times electricity is cheapest so when it comes time to charge, it will always be at a minimal cost. Personally, I am not fully impressed with an electric-only 19 miles followed by an estimated 40/36/38 combined mpg figures (2016 estimated figures). However, I believe it is a good start and over time the efficiency should grow. We will see how much, if at all the estimated mpg goes up from the 2016 to 2017 model year. 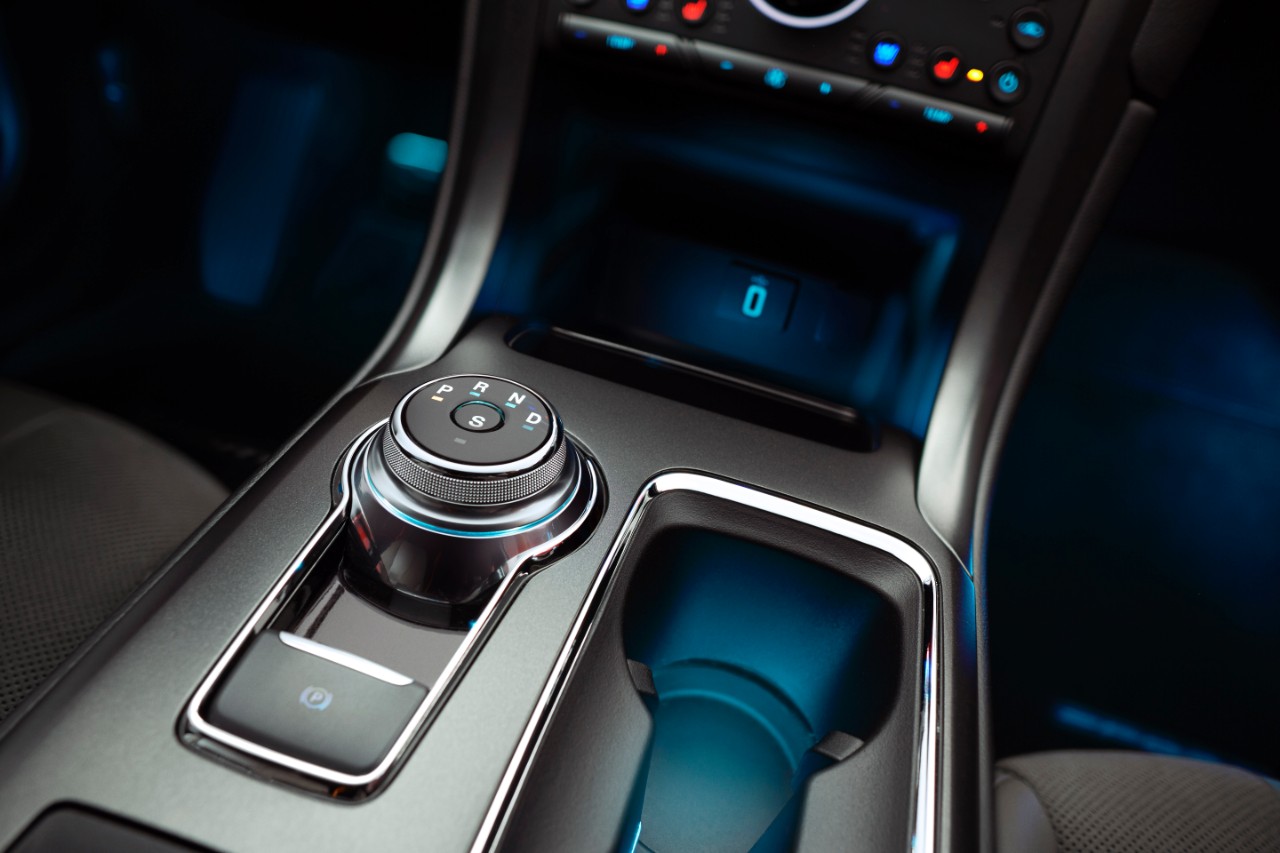 Ford’s press release also highlights some of the technology being put into the Fusion lineup. The lane-keeping assist along with the available Blind Spot Information System (BLIS) allows drivers to keep the Fusion in its lane while warning of potential hazards and blind spots. One of the prime features will be the SYNC® 3 which boasts an easier interface, smart-phone like touch screen and better voice recognition said to be “more conversational” by Ford. The optional SYNC Connect allows connectivity through the user’s smartphone enabling them to lock/unlock the car, start it, or even schedule a future car start. 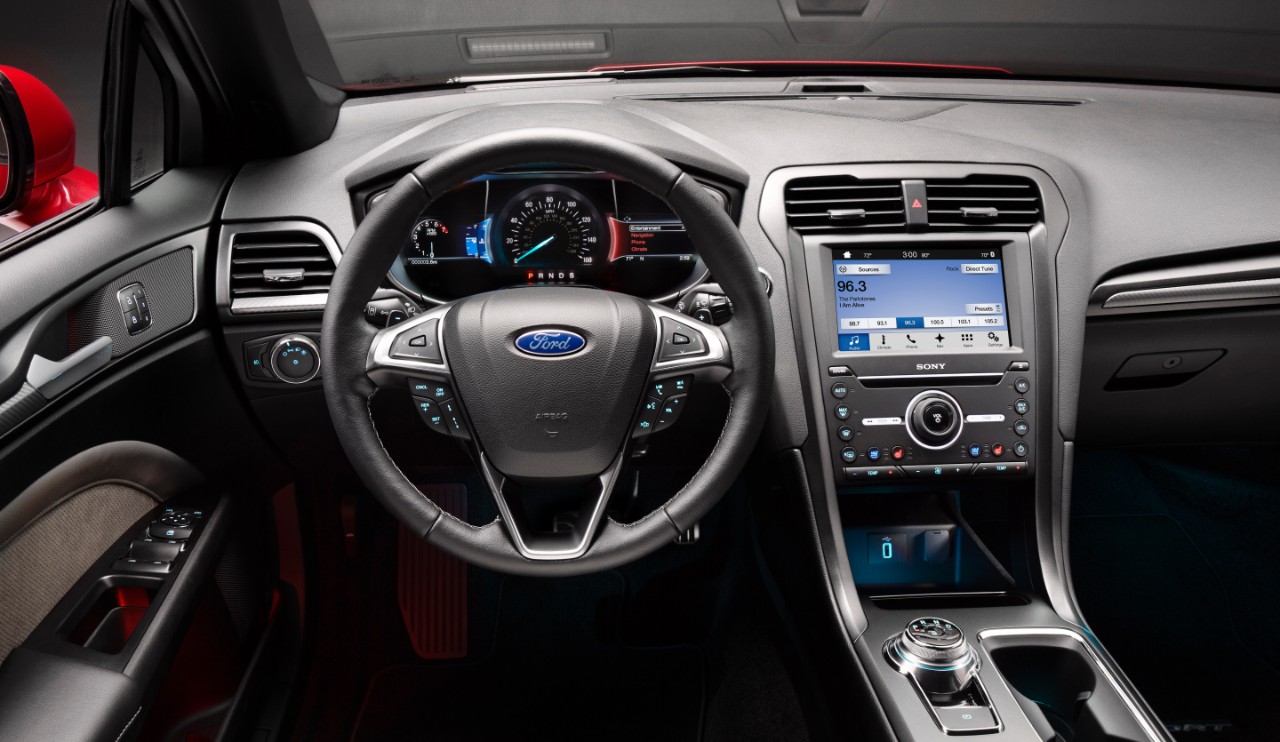 While none of these updates are truly groundbreaking, they are fairly significant steps for the Fusion lineup and should lead to a sales boost for the brand. Adding the V6 Sport and Platinum models will bring in more potential buyers and with ever increasing CAFÉ standards, adding more efficiency to the Hybrids is a necessity. It is cars like this that will allow Ford to continue to produce their lower volume, gas guzzling performance cars and I will raise my glass to that! 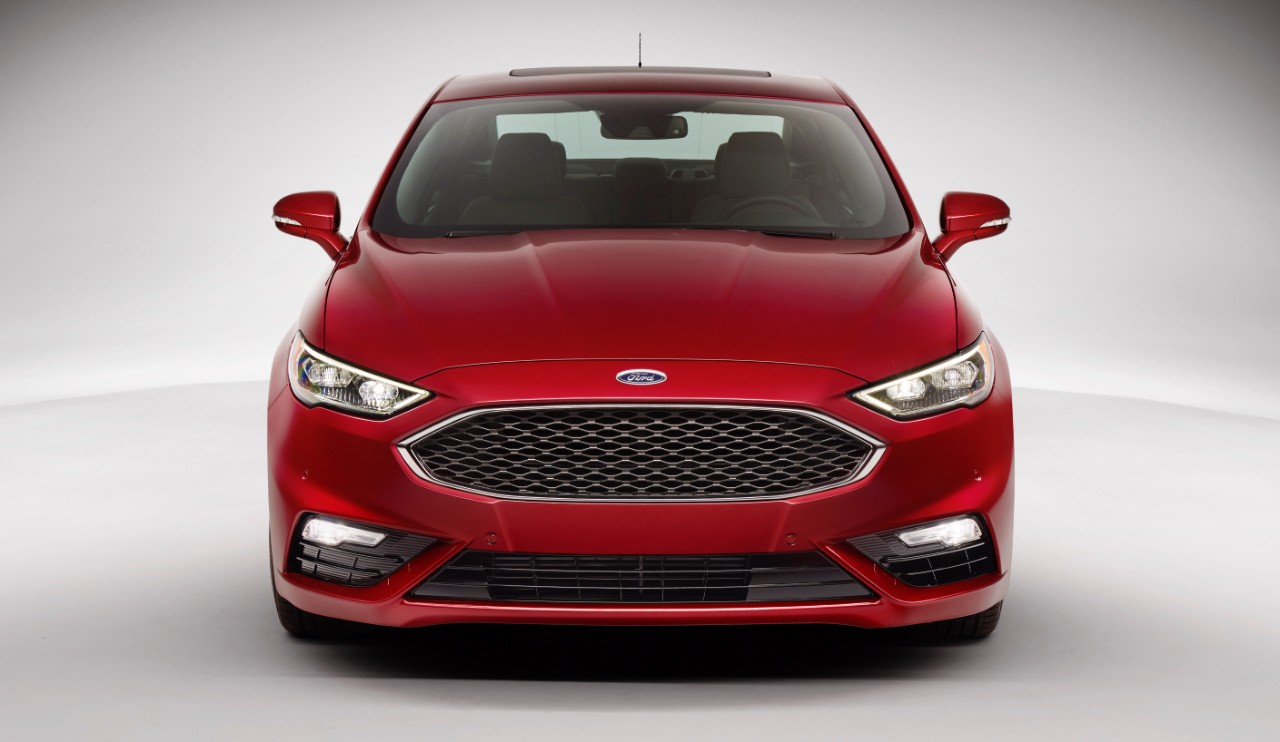 
2022 Hyundai Tucson Gets Sharper Sportier Design
50 Years of Range Rover Celebration at 2020 Goodwood Festiva...
The Best Of 2021 Mini
2021 Jeep Wrangler 4xe: The Electrified Adventuremobile Has ...
The Jeep Renegade May Have Problems During Hard Braking As S...
Jeff Zwart Slays Pikes Peak in a Porsche 935 [Video]