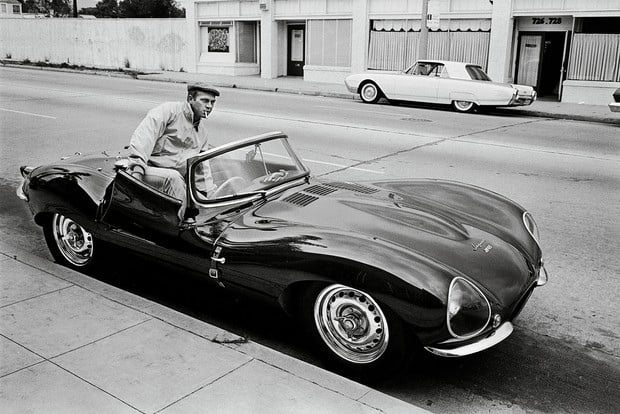 When it comes to outdoing itself, Jaguar is always up to the challenge ensuring its fans are regularly upgraded with classy cars. Through the years, Jaguar has graced the market with sleek, high-performance designs which have come in spectacular shapes taking the auto world by storm. 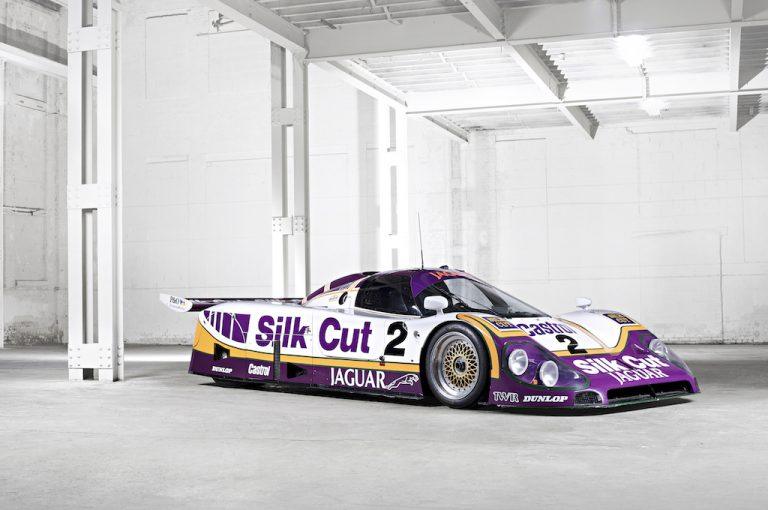 With the daunting performance of its inline six-cylinder engine race car giving the Bentley Mulsanne a run for its money at the Le Mans, Jaguar’s reputation of high-performance was realized on the competitive tracks. Yet, for many enthusiasts, Jaguar’s legendary models surpass any racing glory.

Less stuffy compared to a Bentley or a Rolls-Royce, and more pocket-friendly than a Lamborghini or Ferrari, we’ve decided to take a look at some of the most fastest and memorable Jaguar vehicles. With our list starting after the World War II era, here are some of Jaguar’s best: 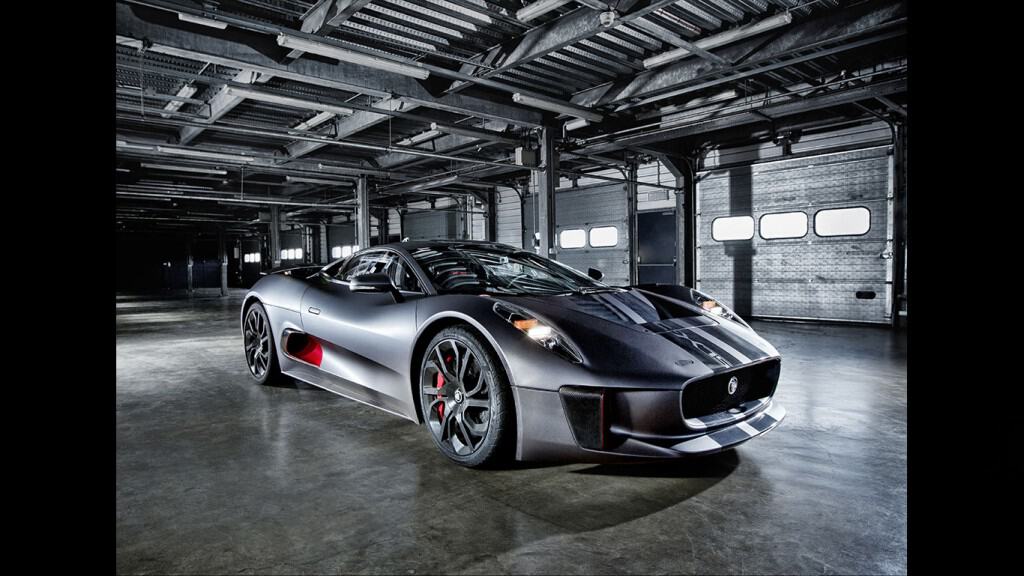 This supercar came close to being a reality (got abandoned due to budget constraints), and for that matter, we just couldn’t let it slide. This C-X75 concept looked like a winner when it featured in the Paris Motor Show in 2010. The amazing mid-engine shape and aggressive exterior said it all.

Looking under the hood, you’d be wowed as it ran on four electric motors where each wheel had a motor and its batteries got recharged by a diesel micro-turbine engine. Thinking about it, this was too good to be true. Jaguar did away with the project, and it has since then remained just a concept. If the C-X75 had come to life, it would have been arguably the fastest car to ever come from Jaguar. 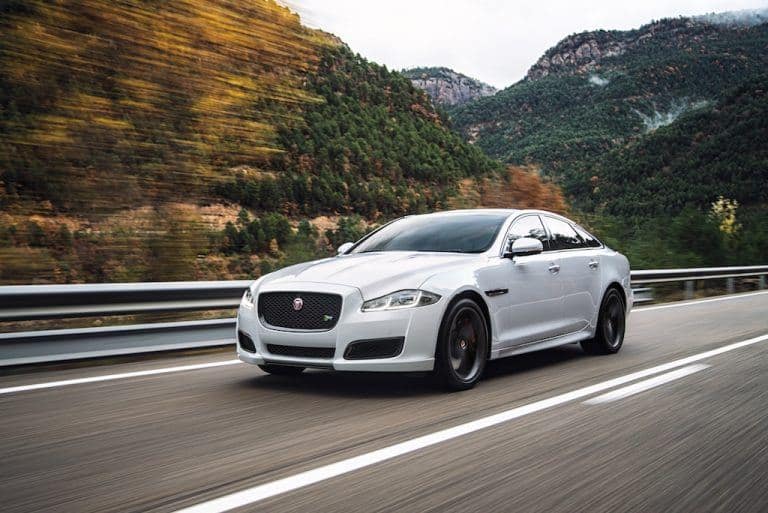 Spacious, bold and kind enough to accommodate four adults with all their goodies, Jaguar’s XJR l would be suitable for the sedan enthusiasts who are more into high-performance, modern refinement as well as old school charm. As a bonus, you get some serious horsepower thrown in there too.

Among Jaguar’s classy luxurious four-door vehicles, the XJR has been the standard-bearer. Even though Germans keep getting credit for building “crazy” machines with M badges or AMG, the XJR skulks under the hood, despite the 550-horsepower superiority. The XJR can do a 0 to 60 mph sprint in just 4.4 seconds and offers a top speed of 174 mph. 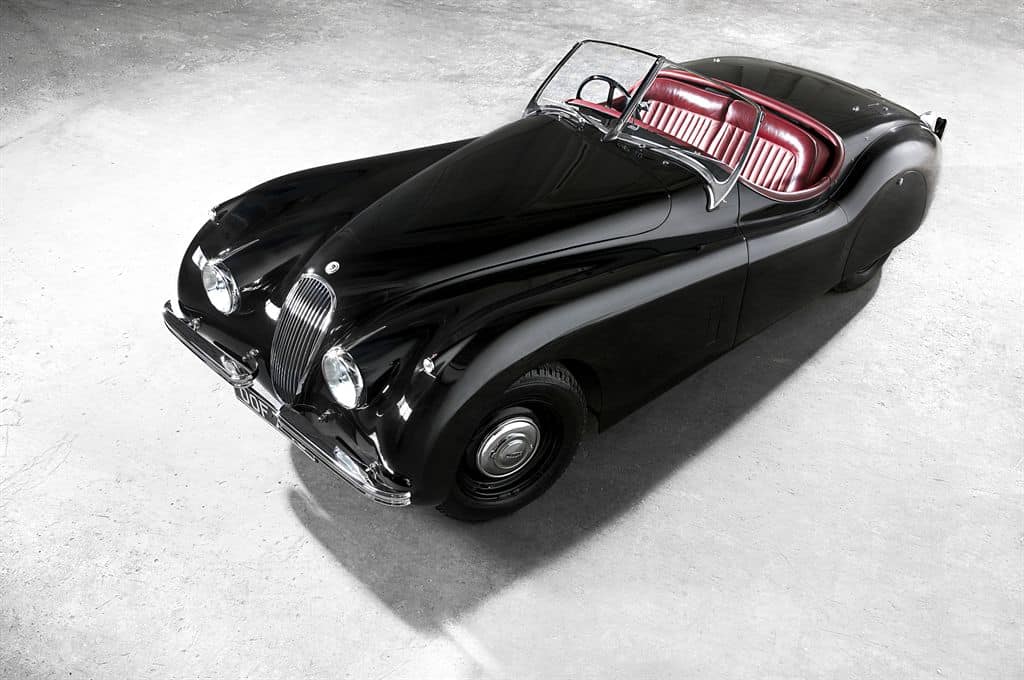 When it graced the market in 1948, it definitely put Jaguar on the map regarding performance. This sleek roadster had a pretty design and the car’s name said it all regarding its top speed. If you had to hit 120 mph while in this monster, then it would mean that the windshield would have to go and you would have to get up close and personal with any bugs coming your way. Bearing the title of Jaguar’s first sports car during the World War II period, this machine was not only fast but also beautiful which led to the brand’s legendary status. 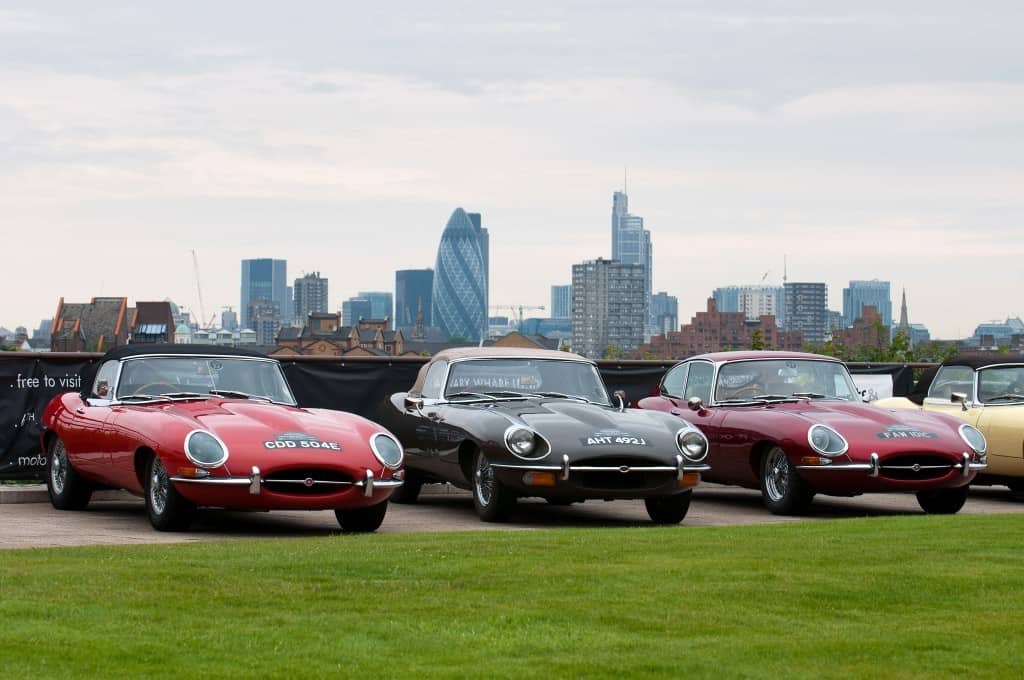 Even with the wide variety of Jaguar’s legendary machines to choose from, the E-Type arguably tops the table when it comes to Jaguar’s engineering and designing prowess. The 4.2-liter inline-six cylinder under the hood saw this lethal coupe haul a top speed of 150 mph, with the accurate figure at times being pegged at 149 mph.

If you’re looking for a stunning car, the E-Type fits this description and even when not in motion, it still looks like it’s dicing the air into even smaller matter with an exterior inspiration from the D-Type race car. The other models that came later were more luxurious and much heavier which was partly attributed to the optional V12 engine. Real purists consider Jaguar’s 1960s models to be the most exotic automobiles in its line-up. 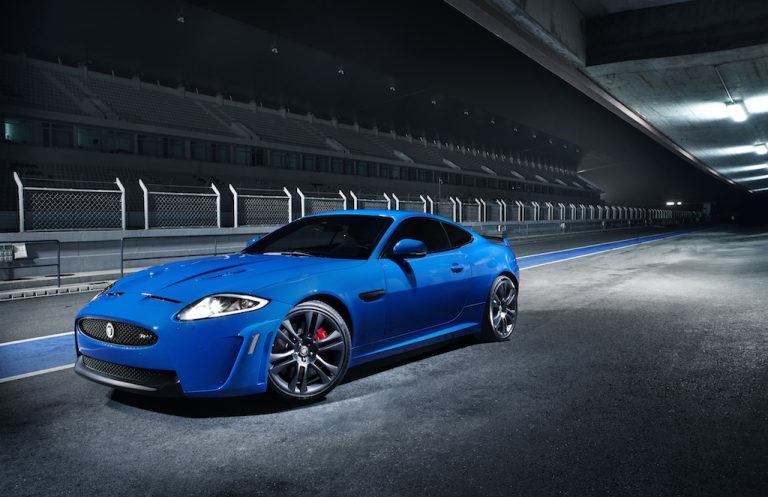 The XKR luxury coupe had this 550-horsepower machine as its last hurrah which came as a replacement for the XJS. This was around the mid-‘90s, and the XKR came in as two-door touring vehicle. It lasted for 20 years and for the most part of its life, it was a lustrous, subdued cruiser with an edge that made heads turn without causing a scene. Gentility was not this car’s goal. From the vehicle’s broad front grille all the way to its towering rear spoiler, the S GT version appeared to be at home when revving at the race pit. No more than a three dozen found their way into the US. Hence, if you’re looking for something that’s less common, the XKR – S GT with a top speed of 186 mph might just be right Jaguar for you. 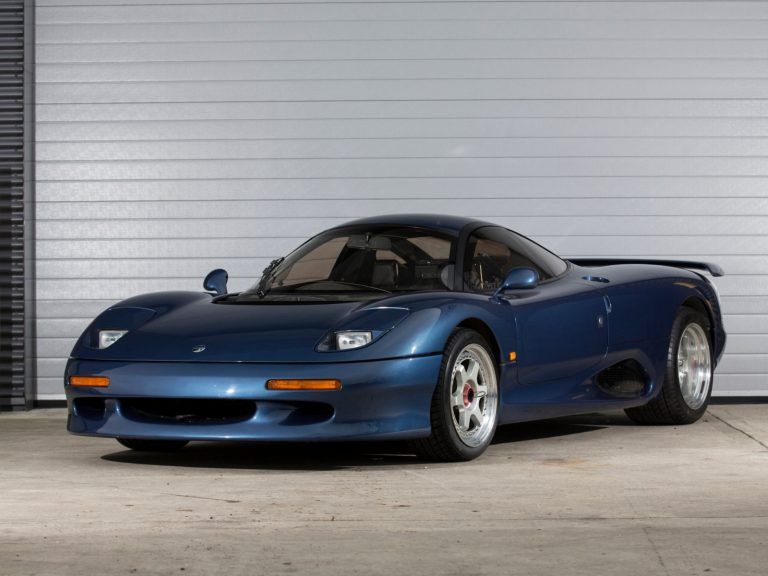 Many might not know about this one. The XJR-15’s entry to the realm of endurance racing is particularly attributed to its sibling, the Jaguar XJR-9 race car which bagged the 24 Hours of Le Mans title in 1988.

The production only saw 53 XJR-15s produced and to make the model more road-friendly, the dimensions got a slight increase, and the initial NASA space capsule cabin-look was also rendered. It featured a top speed of over 190 mph facilitated by its revving V12 engine. Though its successor, the XJ220, was much prettier, the XJR did still have the boasting rights of being a champion at the racing tracks.

Jaguar still had some D-Types lying around when they decided to ditch the racing tracks. Well, what would the logical move be if you had some extra track beasts sitting around? Of course, render them into some of the world’s most elite road cars.

Jaguar had in total created only 16 XKSSs by February 1957 before the Browns Lane Factory burnt up destroying the remaining models. Featuring a minuscule passenger door, smaller chrome bumpers, and a taller windscreen, the XKSS was hysterically kind of similar to its racing donor. Just take a minute to imagine how it would feel to go to work cruising in a Le Mans Winner – that’s the satisfaction the XKSS gave you. You still could enjoy the ambiance it brought even though it had a marginal difference of 149 mph compared to the more aerodynamic model’s 160 mph. 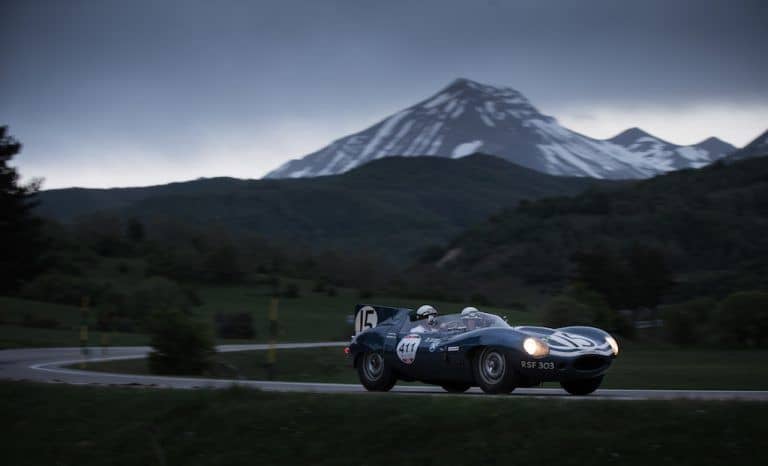 Adding a racing beast to the list is definitely going a little bit overboard, but allow us this once. There is a pattern to our madness; equivalent to when Jaguar deemed the D-Type race car as a worthy road-going machine. That aside, let’s now concentrate on one of the most coveted race-winner designs of all times.

The D-Type earned its glory between 1955 and 1957 when it went unbeaten for three years consecutively, bagging the 24 Hours Le Man’s race title. With an inline-six under the hood, the D-Type was able to reach a max speed of 160 mph which was kind of a myth in the 1950s. 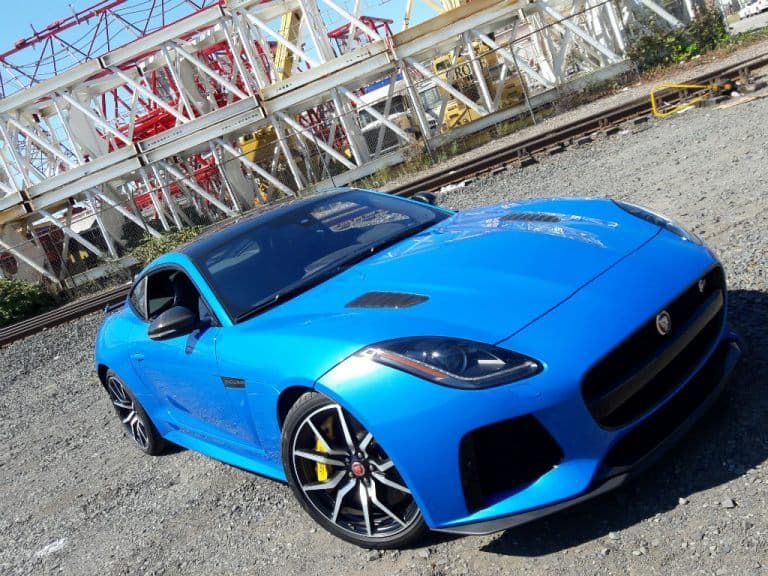 Its supercharged V8 packs up to 575 horsepower with a top speed of 200 miles per hour plus a sound that’s totally addictive and loud in a cool way. If your license doesn’t allow you to hit the max speed, no need to worry; hit the gas, and you’ll just need 3.5 seconds to make a 0 to 60 sprint. 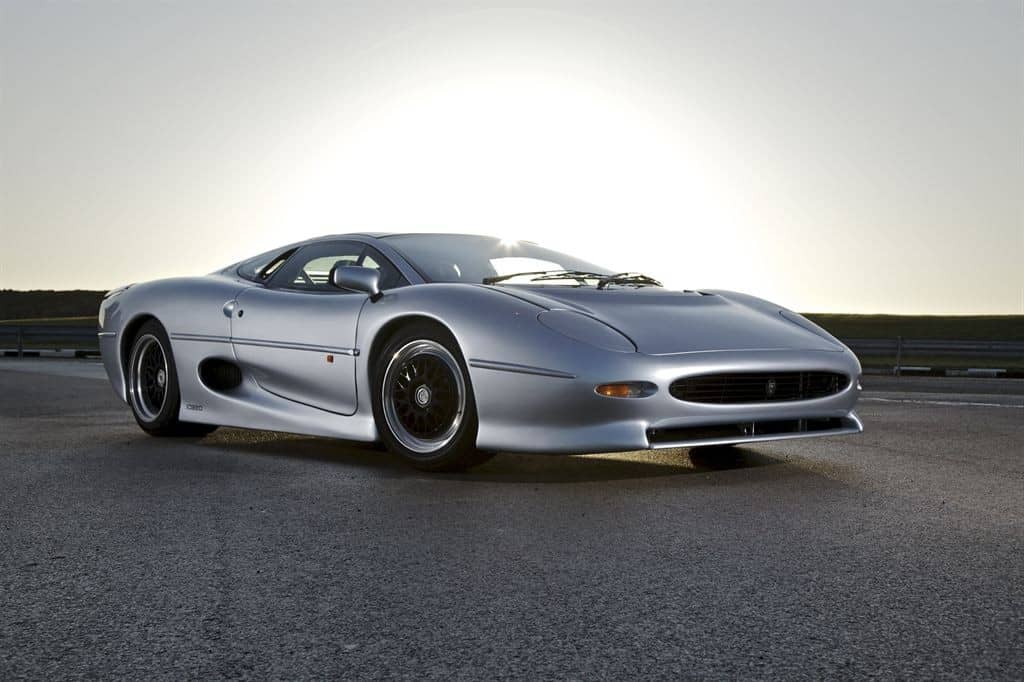 In some cases, the hype given to some Jaguars isn’t warranted, but still, it doesn’t hurt. Initially, the XJ220 was to feature a V12 engine that would be fitted at the back of the two-passenger cockpit, being one of Jaguar’s brilliant creations. The story was different in 1992 when the final model arrived. In place of the 12-cylinder engine was a twin-turbocharged V6 which was borrowed from the now-extinct Rover brand.

In its defense, this engine had been utilized for rally racing and saw the XJ220 crank up to 542 horsepower which made it a supercar. However, it never did justice to its name. Also in the shortcomings list was the top speed, as it had promised 220 mph but instead only did 213 mph.