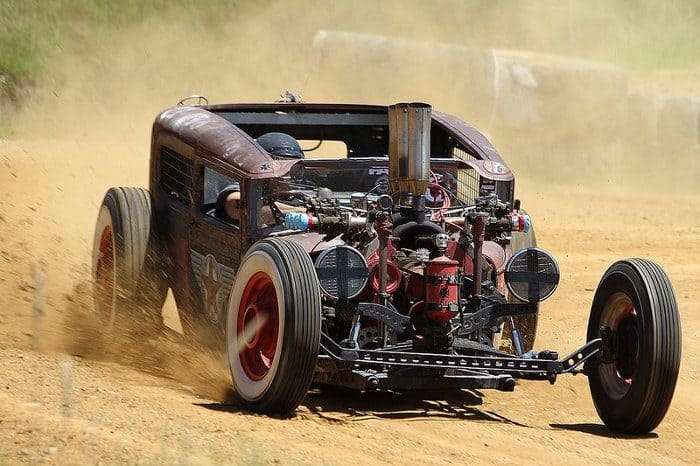 For a time it seemed like hot rods were becoming luxuriously painted eggs. The Rat Rod movement grew from the desire to put the rough edges back in the cars. Here are some extraordinarily creative expressions of the Rat Rod and custom Hot Rod genre, both from here in the US as well as elsewhere around the world.

But before we get started, what actually is a Rat Rod? The term “Rat Rod” is often used interchangeably with the term “Hot Rod” but they’re not at all the same thing. And let’s not forget the Street Rod part of the car culture either. A Street Rod is a vehicle from 1948 or earlier that has undergone a degree of customization – though Street Rods are for the streets, and not for racing.

A traditional Hot Rod, according to Hot Rodding enthusiasts, is a pre-1948 car that has been modified with racing in mind. Generally, these beasts boast an exposed engine and serious engine modification for furious drag racing prowess. Most custom Hot Rods come with radical paint jobs and gnarly additions.

Now as for the difference between a Hot and a Rat Rod, a true Rat Rod is more like an unfinished Hot Rod. Rat Rodding requires a more Frankenstein approach to assembly, with mismatched and borrowed parts replacing stock units. These custom car projects are often the star attractions at car shows, and proper Rat Rodder enthusiasts are celebrated mechanics. Luckily, the cool Rat Rod movement (like the Hot Rod movement) has relaxed its rules for entry these days, which has given birth to a whole new wave of modern Rat Rod custom builds. 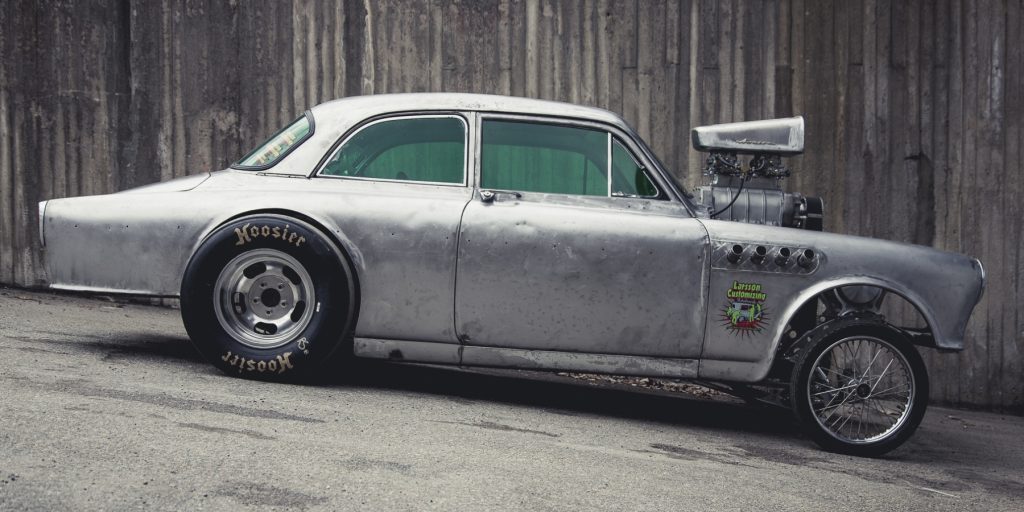 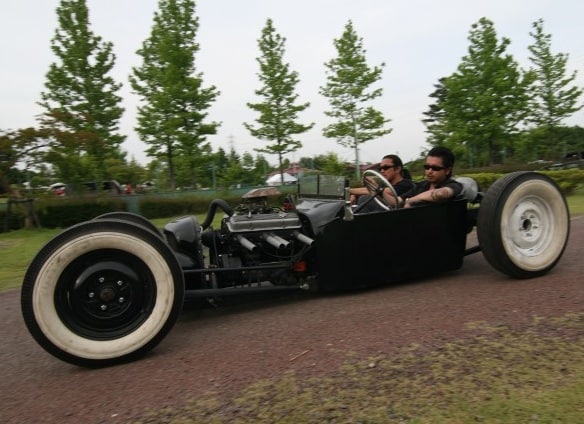 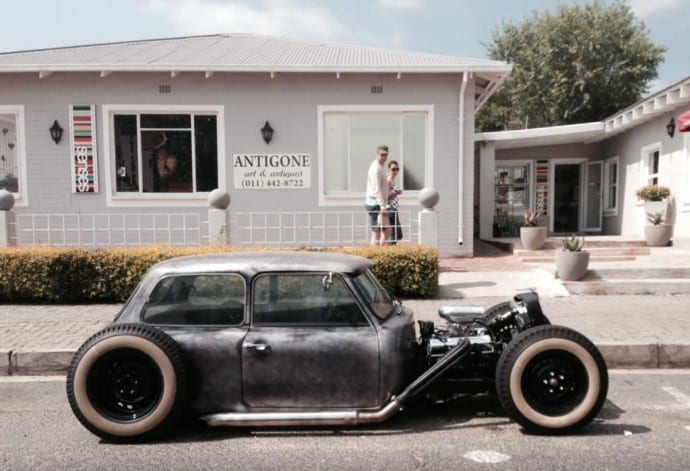 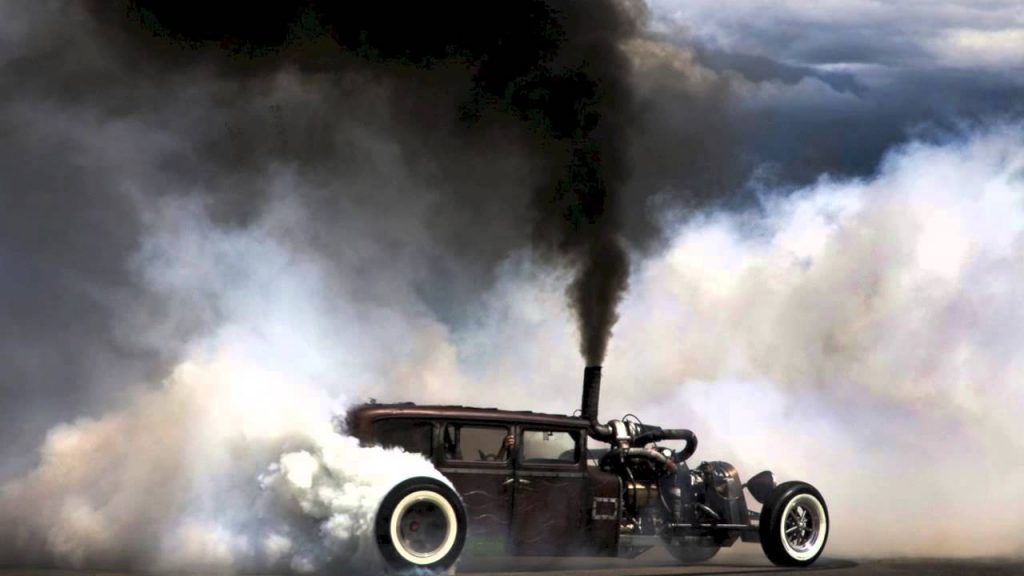 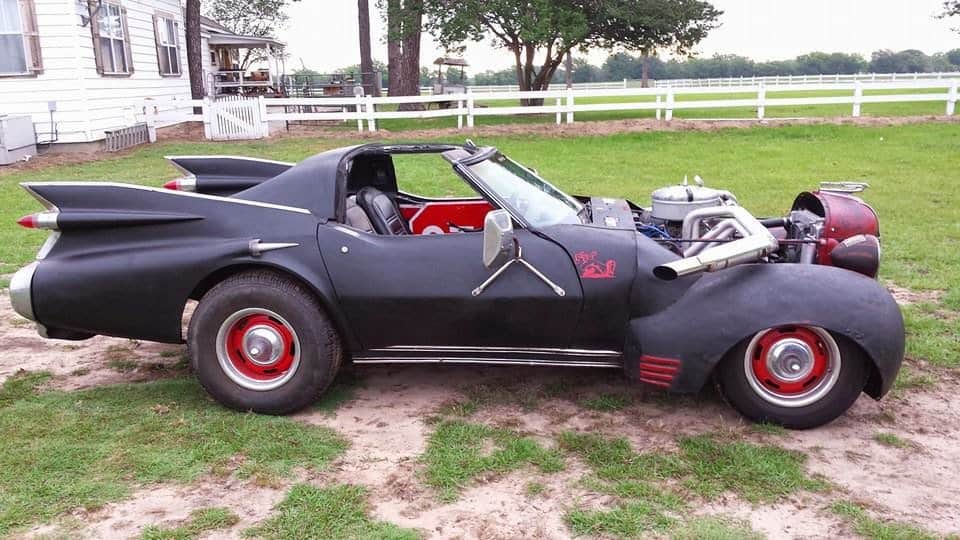 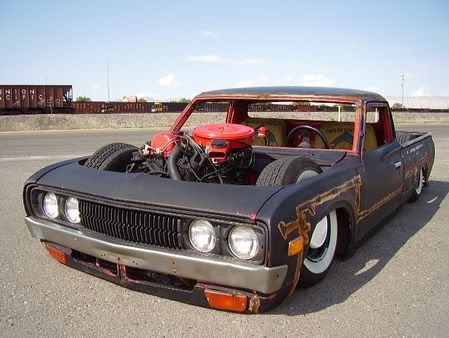 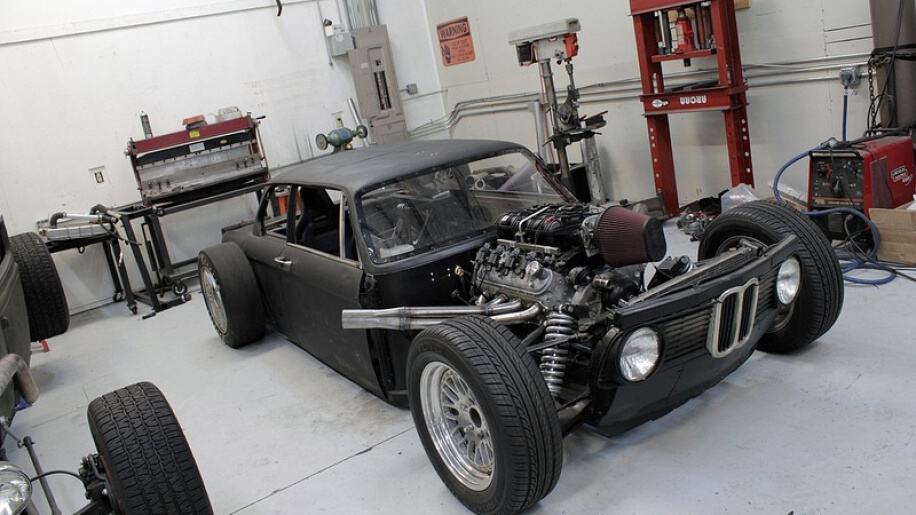 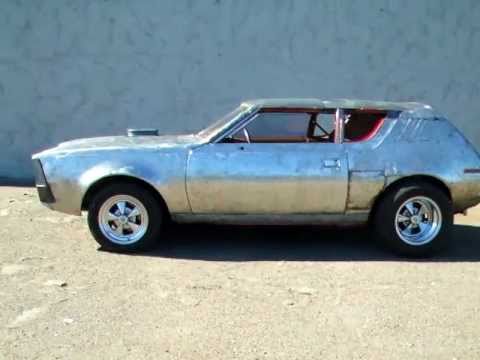 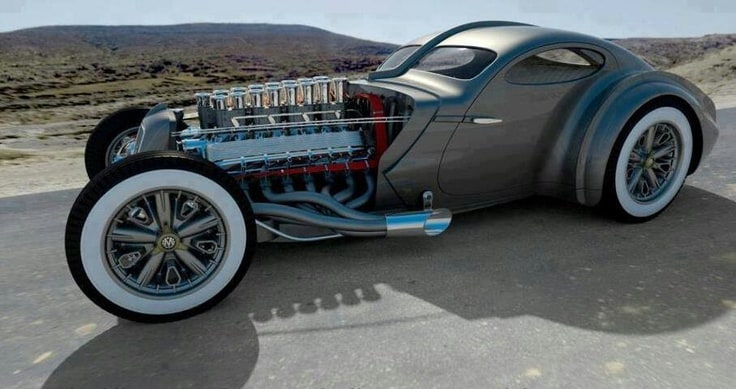 Just a rendering, but what a beautiful design 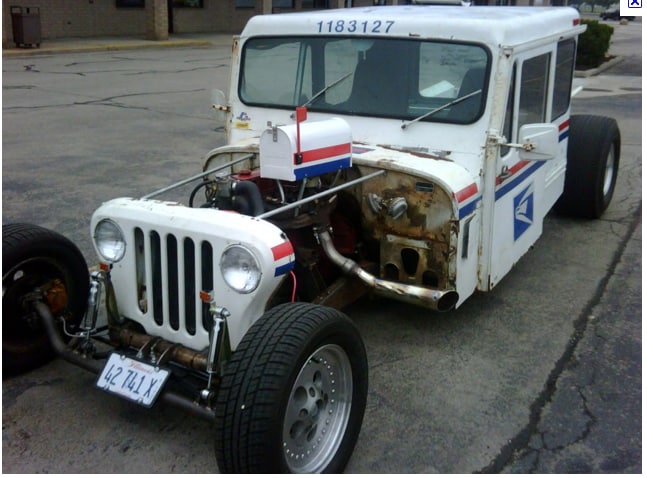 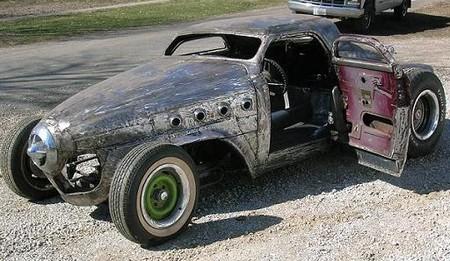 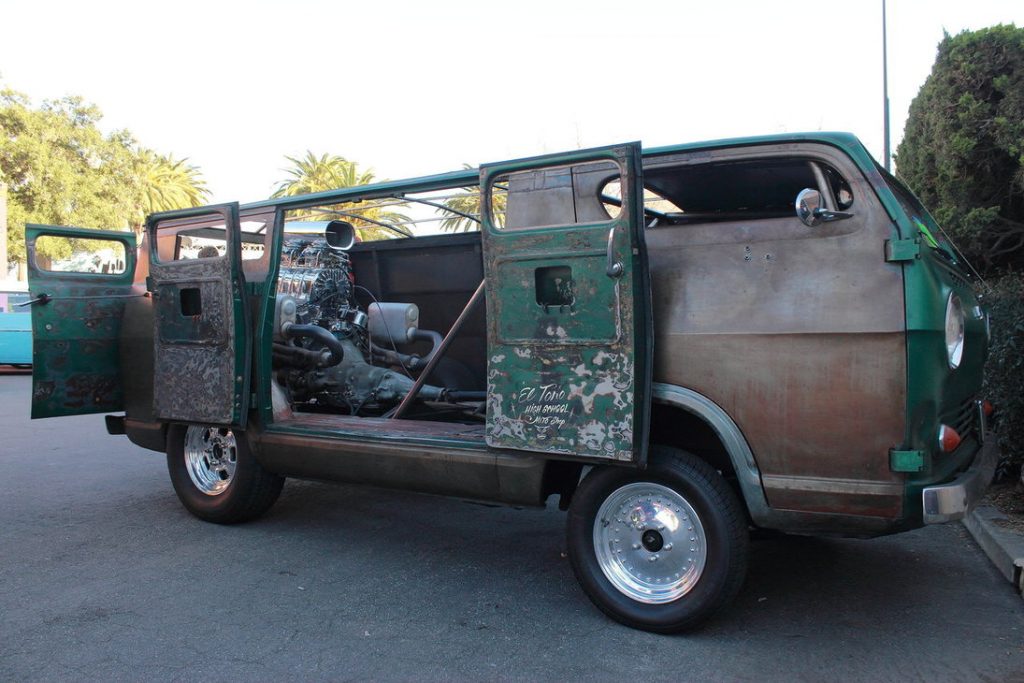 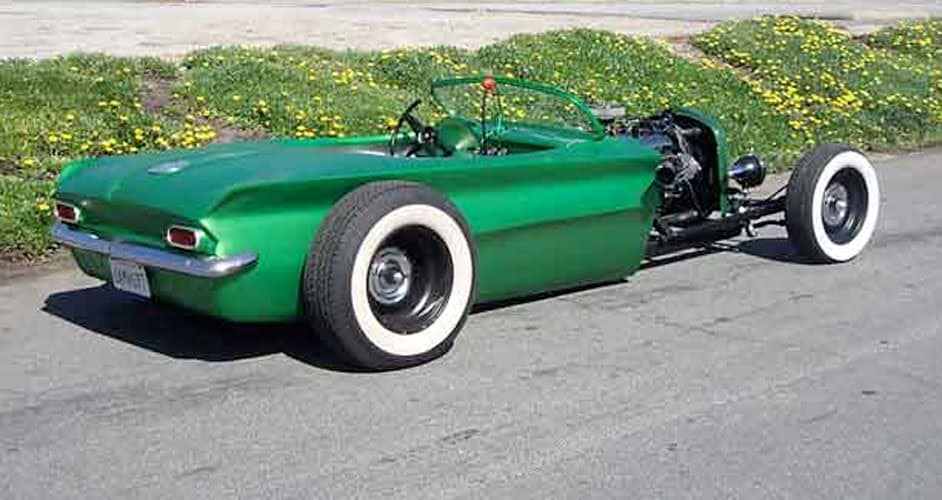 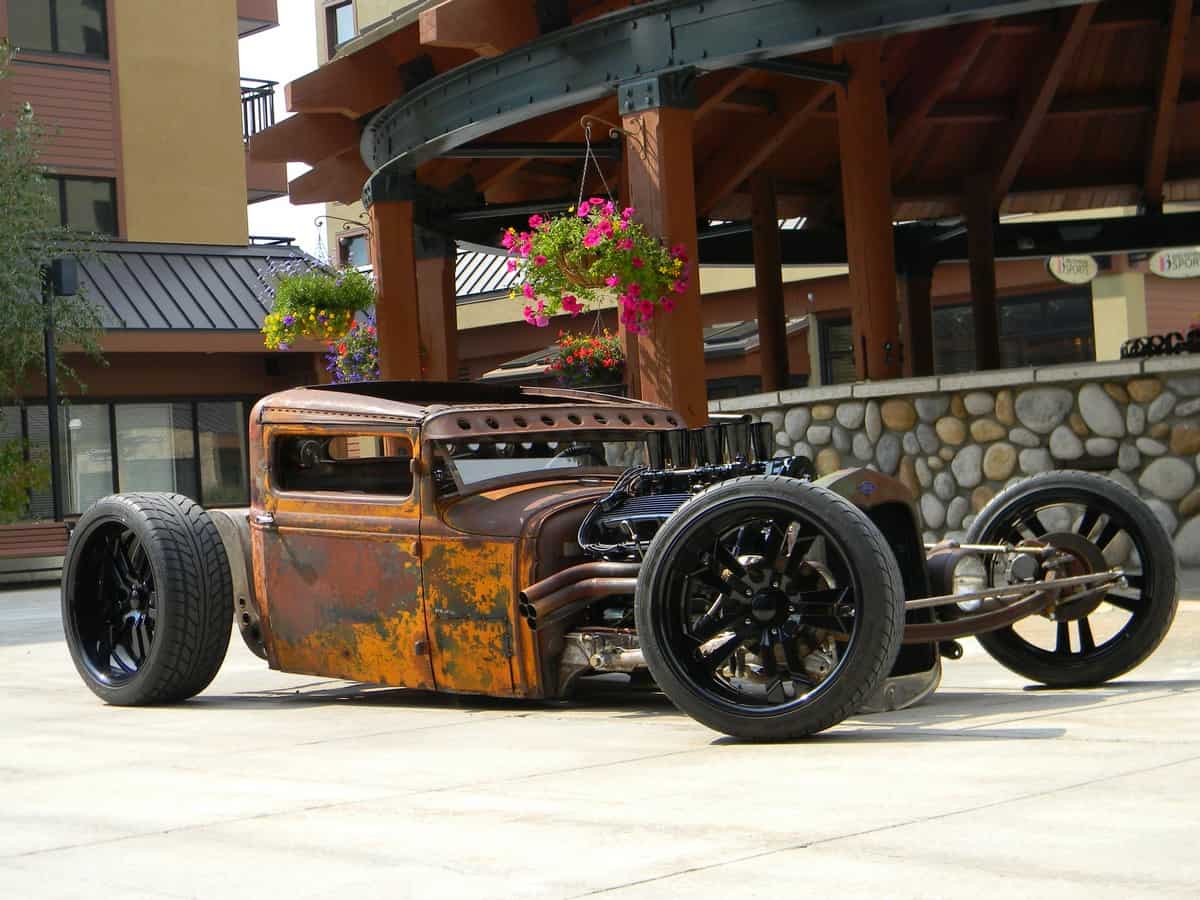 A beautifully detailed Rat Rod, one of my favorites 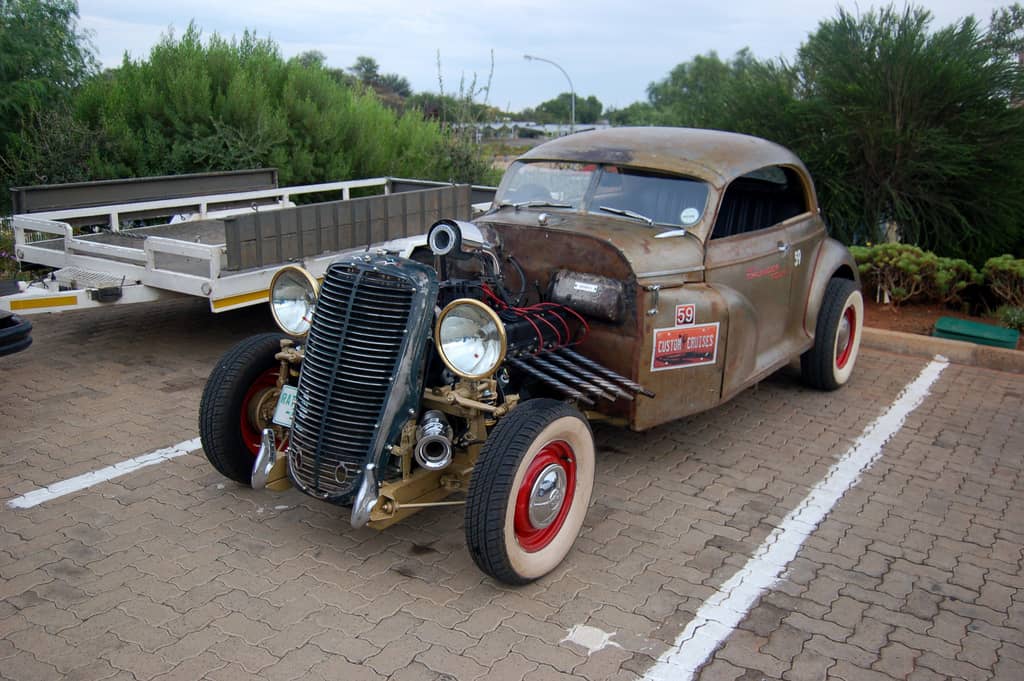 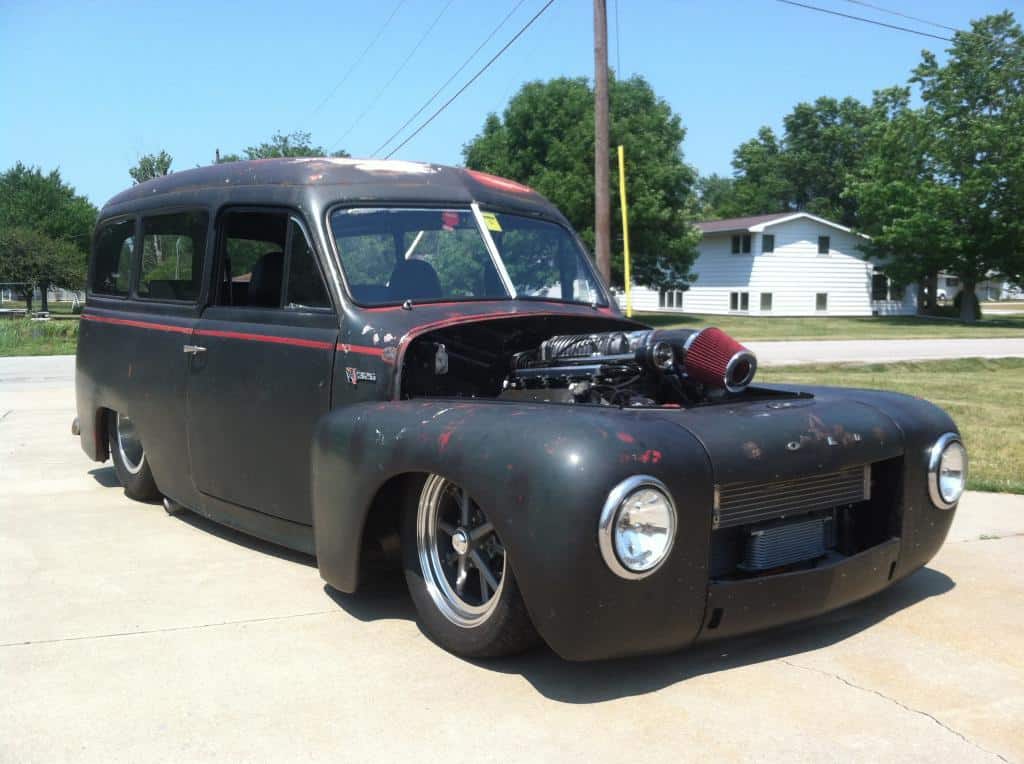 Another Volvo Rat Rod, this one a PV544 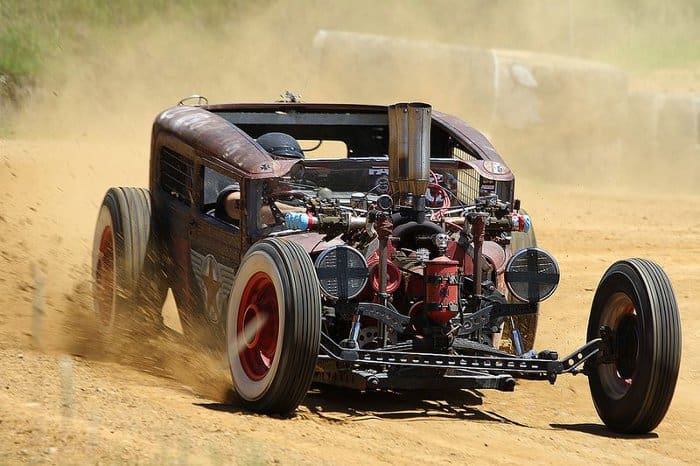 A stylish Rat Rod kicking up a little dirt 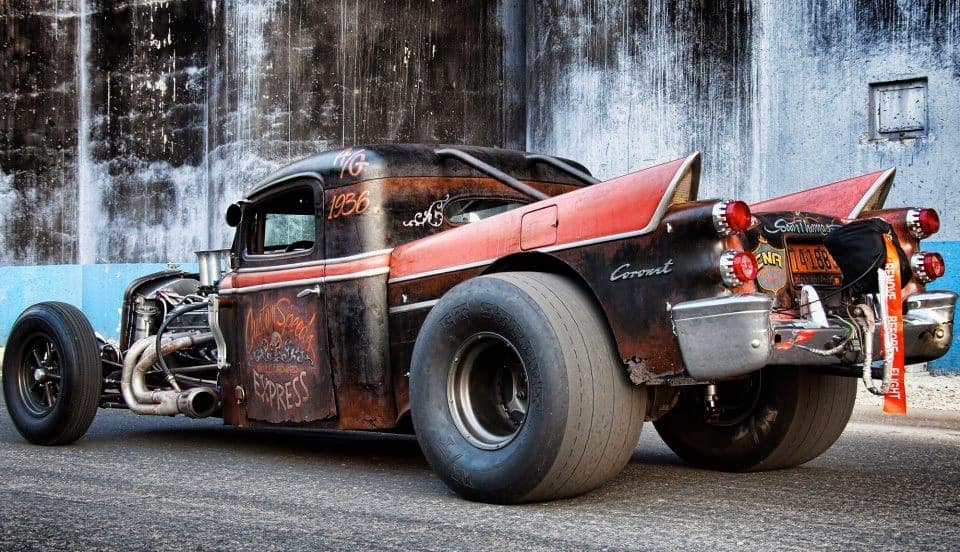 What About One More For Luck?

This is our favorite: A Wrecked Ford Mustang Turned Into An Unconventional Rat Rod

We’ve encountered a variety of modified Ford models in the past, but not a single one comes close to this “Mustang Rat Rod”. What you are looking at is a rat rot that disobeys even the basic rules of rat rods. It’s a mix of a wrecked 2009 Mustang and a 1956 International pickup truck, as stated in the owner’s profile on Drivn. The intention of the developer was to come up with an unconventional rat rod which didn’t stick to any regulation or style guides. 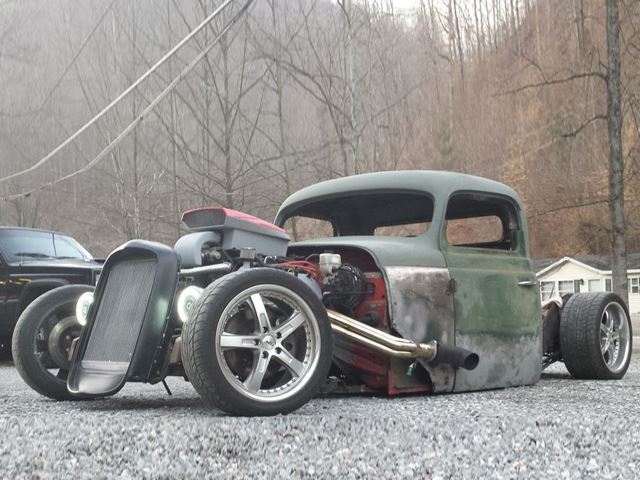 As an alternative, he wanted a cool thing that’s comfortable, demands attention, and which he could drive across the country whenever he felt like. The vehicle is powered by the Mustang’s 4.6-liter V8 with 300 horsepower and 320 lb-ft torque.

Once you step inside, it’s exactly a Mustang but the body is all pickup. The air suspension also comes from the Mustang. We’d like to assume that it’s a present-day rat rod of a kind, blended with excellent engineering and craftsmanship. It really must have been daunting to carry on with the project, but with determination, it was accomplished. 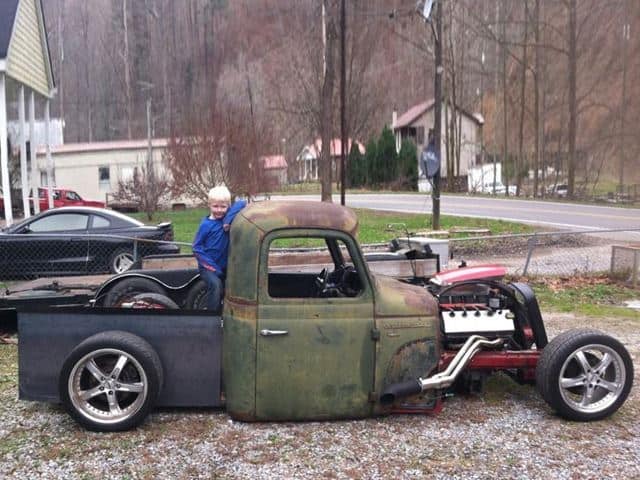 A typical truck body with suspension, a muscle car engine, and interior. Who ever imagined that this would wind up being a non-traditional rat rod? With all honesty, we need to have more developments of this sort. 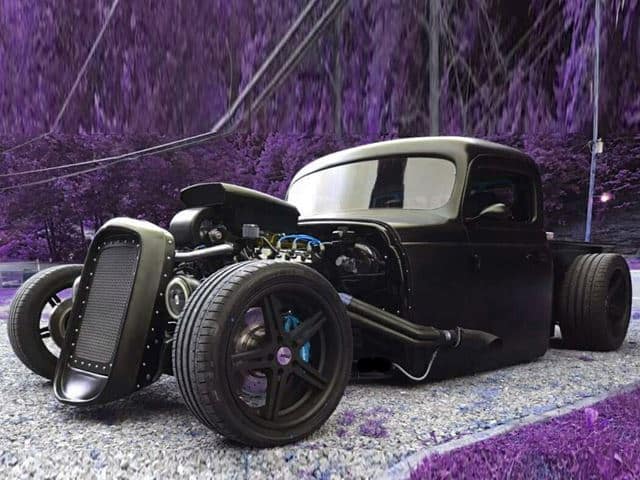 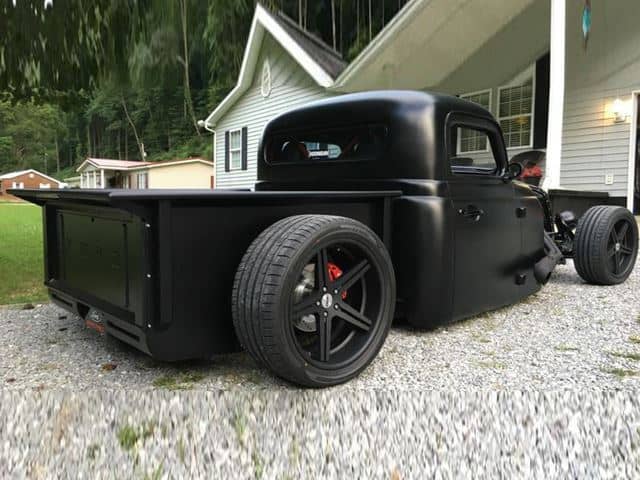 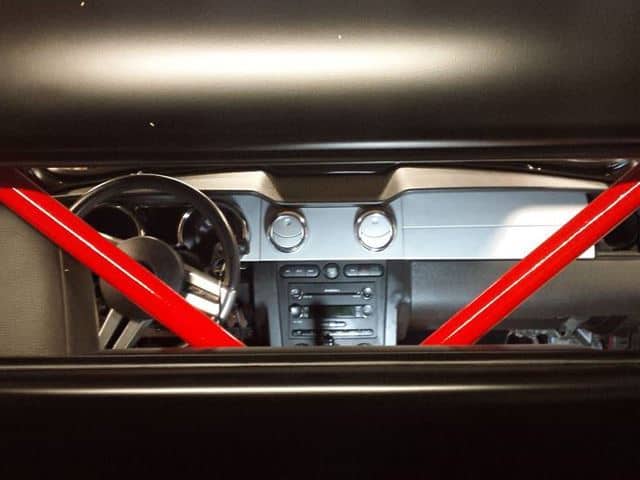 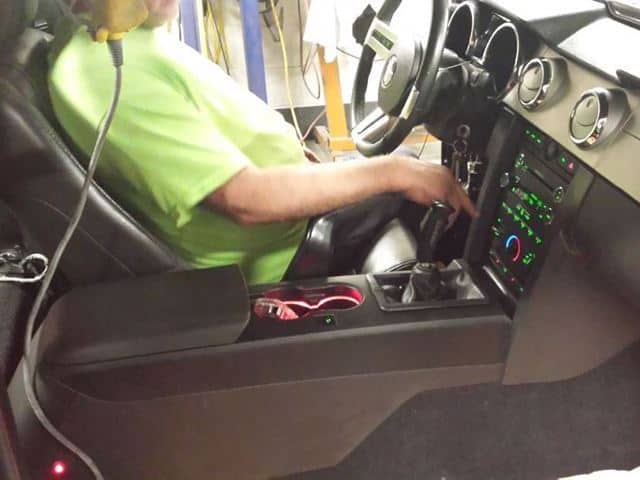 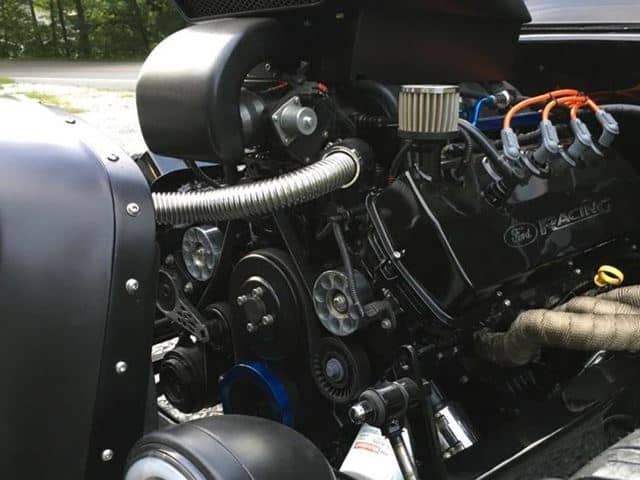 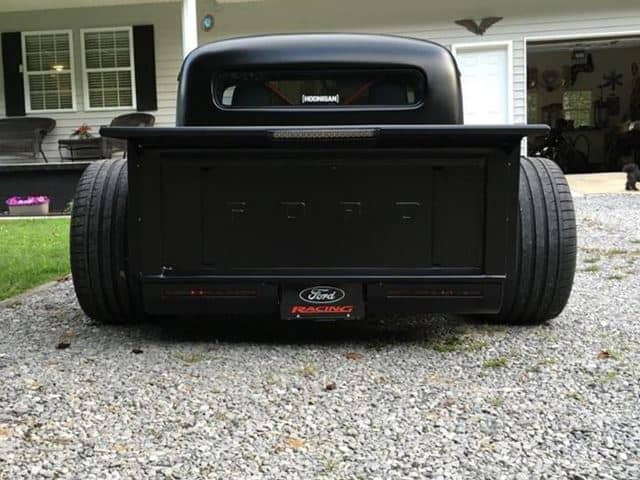 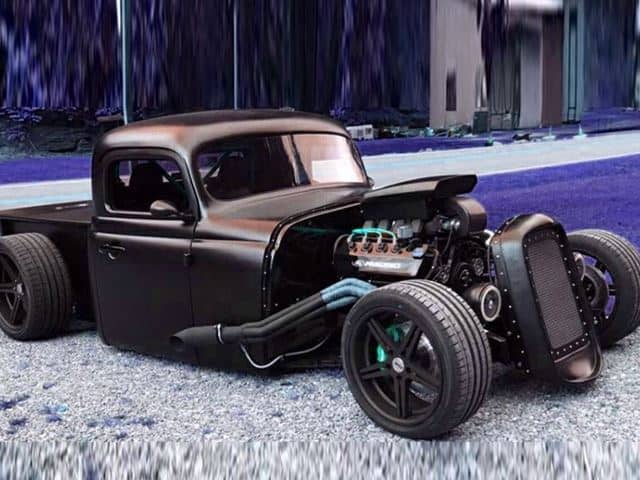 
Rolls-Royce Does it Your Way, Announces That Coachbuilding i...
The History of Fisker Automotive
7 Costly Mistakes to Avoid With Buy Here Pay Here Cars
Incredible $3,475,000 Lamborghini Centenario For Sale In Cal...
2023 MINI Cooper Special Editions: Close to Bespoke at an Af...
10 Cars That Faked Their Horsepower Ratings