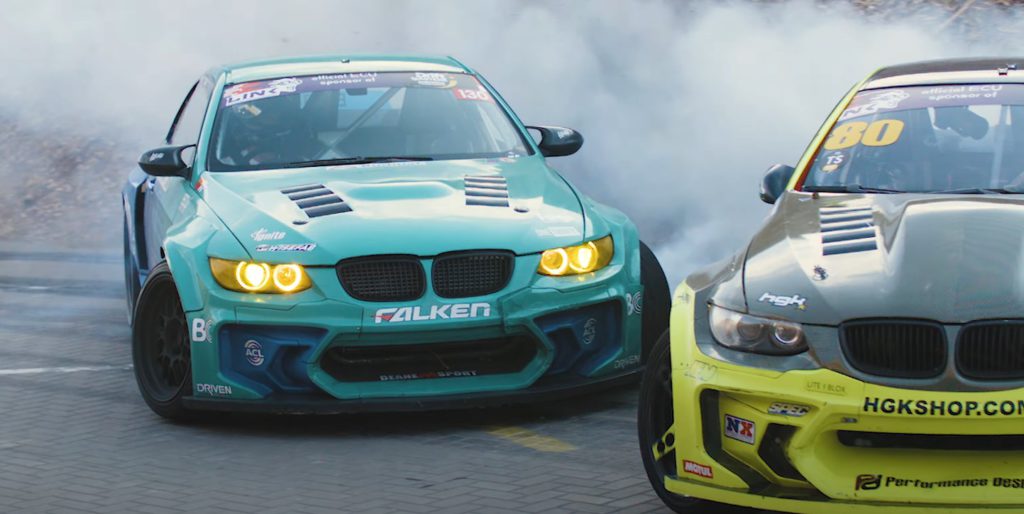 James Deane has not just conquered every top-level professional drifting series on this planet – he has conquered them all at the same time. Deane has won the Oman International Drift Championship for the last four years, he has taken the top spot in the Formula Drift Championship the last three years, and also recently he has been campaigning a HGK built E92 Eurofighter in the Drift Masters European Championship (DMEC), to nab three straight championships and was crowned the 2020 Drift Masters King of Riga.

Kristaps Bluss, an experienced respected drifter in his own right, is the “K” in HGK. The part-drifter/part-drift car builder has piloted the original E92 Eurofighter in Formula Drift and more recently Drift Masters.

For the last 13 years, HGK has had one of the more authentic feel-good stories in the drifting world that probably belongs in a car movie somewhere. Bluss and his partner in drift building crime Harijs Skupelis (the “H” in HGK) build what many consider to be the best drift cars money can buy. HGK’s shop is located in a pretty unique spot, right under the grandstands of the first corner at the Bikernieki race track in Riga, Latvia. I bet it makes testing and development very easy when you can walk out your door and be looking at a race track.

If you were taking a look at it, you would never guess that the best drift cars in the world are built there. You would probably think it is just race track storage, but you might get some inkling that something special is happening with the few stripped BMW E92 chassis’ laying around. In the last few weeks, HGK has since moved from this grandstands located shop, but the legacy and the story of their roots remain. 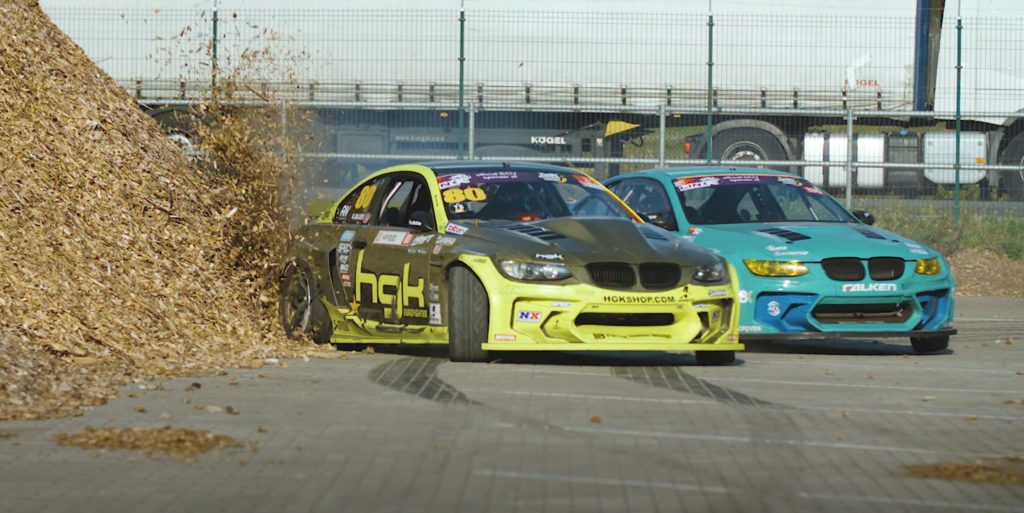 As its namesake alludes to, the E92 Eurofighter is built on the BMW E92 chassis. HGK takes them, strips them, and builds them up to what I have heard described as a World Rallycross spec build, but for drifting.

Back in the Fall of 2017, the HGK E92 Eurofighter had its own story worthy of film time. It was to be on SEMA car duty, but went from ZERO to HERO by going from show car to race car in a race weekend during the final round of the Formula Drift 2017 season at Irwindale Speedway.

Bluss’ BMW E46 drift car suffered a mechanical failure and had he not pulled his yet to debut E92 race car out to compete he would have been watching from the grandstands. It competed without a full livery, barely any stickers or decals were on the thing. Only the staple to a HGK Eurofighter, its carbon-kevlar body kit, was on display. It was there for business and it was a marketing stunt no amount of money could have planned for, but it worked. “Eurofighter” or “E92 Eurofighter” became cemented in drifting around the world.

You know you did something right when the world best drifter calls you up and asks you to build him one of your bespoke machines. HGK’s bespoke craftsmanship and the carbon kevlar bodied ready to drift machines caught the eye of James Deane in the 2018 season. He got a ride after a Formula Drift event with Bluss and was so enamored by the build he ordered one for himself. Bluss’ Eurofighter is powered by a big ‘ol MAST Motorsports 7.0 liter LS-based V8 engine putting out 900 hp, while Deane chose the legendary turbocharged Toyota 2JZ engine with a bit of nitrous on top to give him 900 hp. This just shows you how customizable the HGK built chassis is.

I really hope HGK doesn’t pay anyone for marketing, because they seem to get as good press as you can get on their own. In 2019, in his first year with the new HGK built car, Deane successfully campaigned his Eurofighter to the top and became DMEC 2019 Champion. Fast forward to the “interesting” 2020 we are having, the DMEC 2020 season was shrunk into a one winner take all bragging rights for the next year event, the 2020 Drift Masters King of Riga. Like I previously mentioned, he won that too.

Another Day in Latvia

So the 2020 Drift Masters King of Riga was in Latvia and HGK and Bluss’ home is Latvia, so it is only fitting that Deane and Bluss did something special with the time. With help from videographer robyworks they made it happen.

As you can see in the video above, robyworks’ unique artistic vision helped showcase both the beauty and the aggression of the Eurofighters as Deane and Bluss tore up the docks of Liepāja, Latvia. The pair shred rubber for the sake of entertainment in close proximity showcasing their strengths as drivers and the strengths of the E92 Eurofighter chassis as a whole.